In China, there is a saying: “Blessed are those born in Shanghai as they have the most chances to taste delicious food.” A lofty phrase, sure, but it holds up—as the country’s financial capital, Shanghai has economic opportunities that draw migrants from all around China, bringing with them the regional flavors of their laojia (hometown).

You can sample every type of Chinese food without ever leaving Shanghai’s city limits. Below is a round-up of the best regional cuisines in China, as well as the best restaurants at which to sample them. 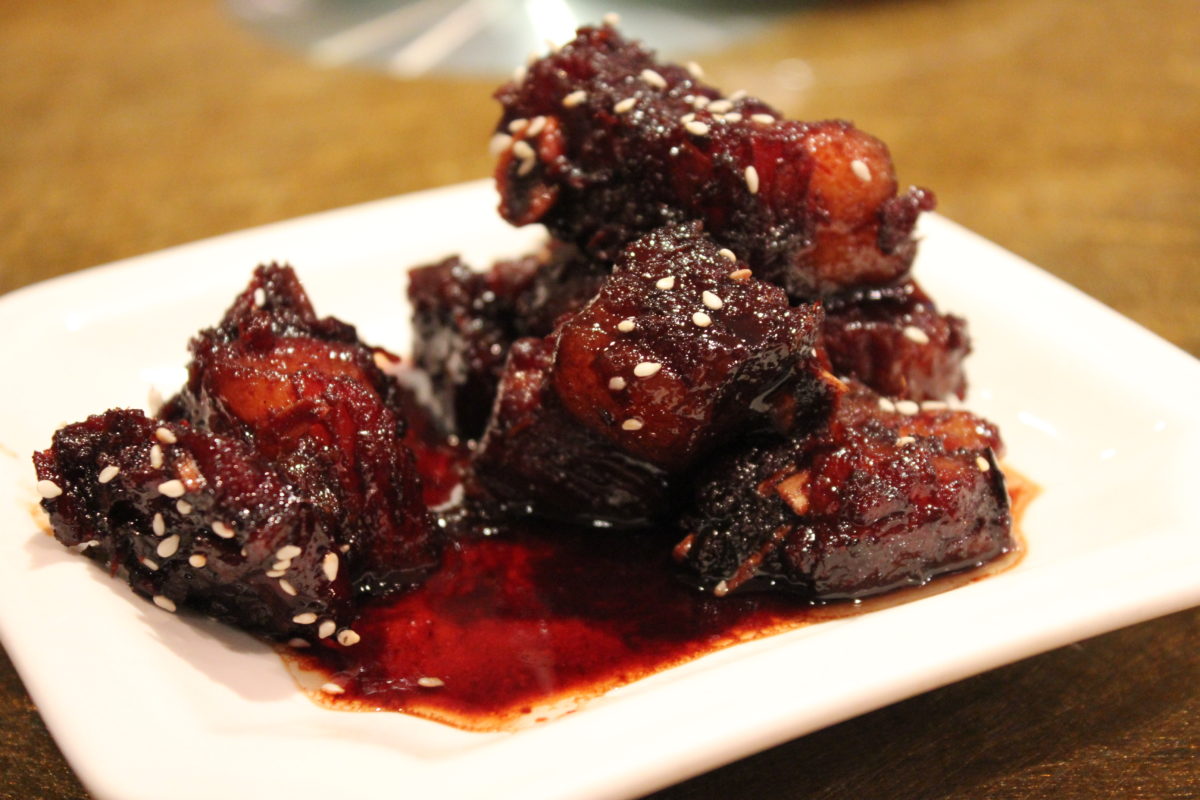 What is it? Huaiyang cuisine encompasses the region between the Huai and Yangtze Rivers, including Shanghai and its food (which is considered a bastardized version of Huaiyang thanks to the city’s historical foreign influence). This type of local cuisine is known for its pork, freshwater fish, and crustaceans, as well as being quite sweet and sour; sugar and vinegar are added to almost every dish.

Where can I get it? To sample this regional cuisine, try Old Jesse. Avoid the “New” Jesses around town–they’re not nearly as good. And make sure to call ahead about the “secret” dishes, like scallion oil codfish head (葱烤鱼头) and red-braised pork shank (红烧蹄膀). The latter is a twist on the city’s famous hongshao rou dish. 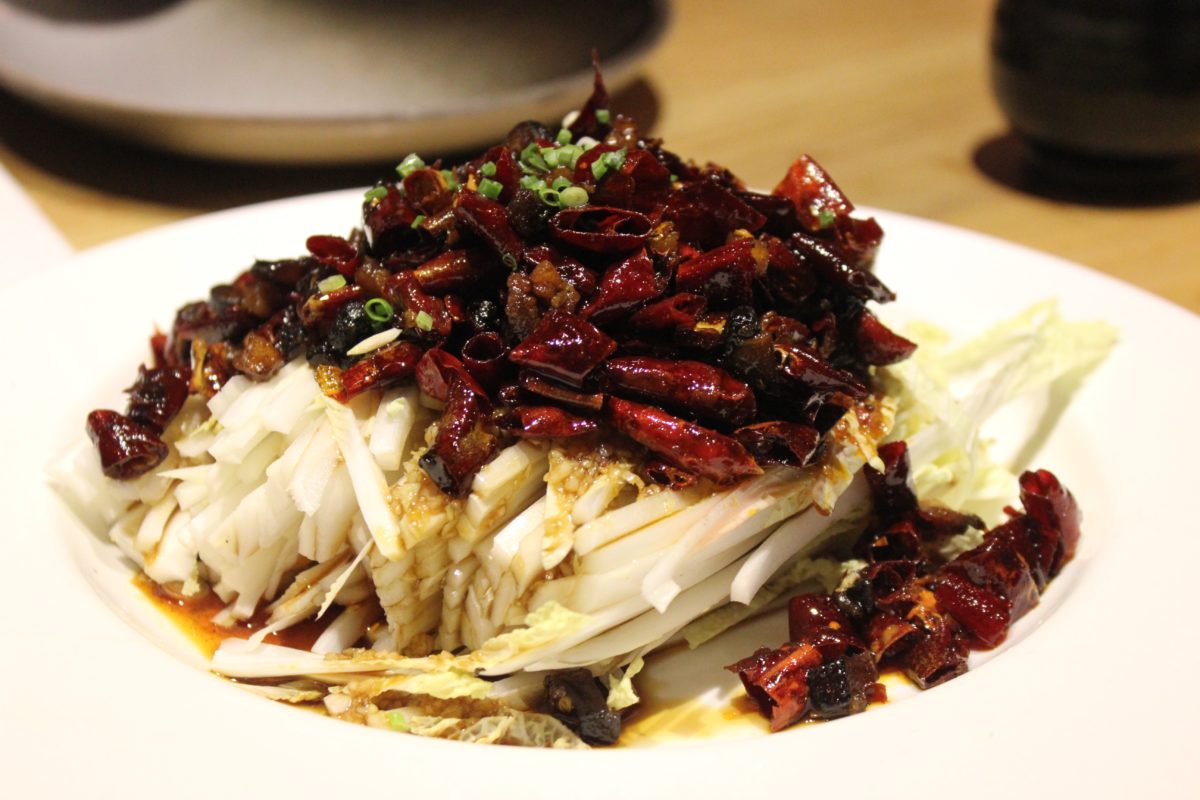 Ben Lai has the mouth-numbing Sichuan spices that you crave, like this wa wa cai, or spicy cabbage salad.

What is it? Chuan cuisine relies heavily on five-alarm chili peppers and mouth-numbing Sichuan peppercorn to create the spicy flavors that have made it famous around the world. The climate of the region is humid and cold, so the piquant dishes warm up the residents from the inside out. UNESCO also named Chengdu, the capital of Sichuan province, the first Asian “City of Gastronomy” in 2010.

Where can I get it? Two sister restaurants in the former French Concession, Ben Lai and Ben Zhen, serve up spicy Sichuanese in a well-designed setting, and they keep imported craft beer stocked to cool the burn. For a range of authentic dishes like cold marbled pork (蒜泥白肉) and Sichuan peppercorn poached fish (大麻鱼), this is the go-to spot in town, so expect a queue during peak mealtimes, but it’s worth the wait. 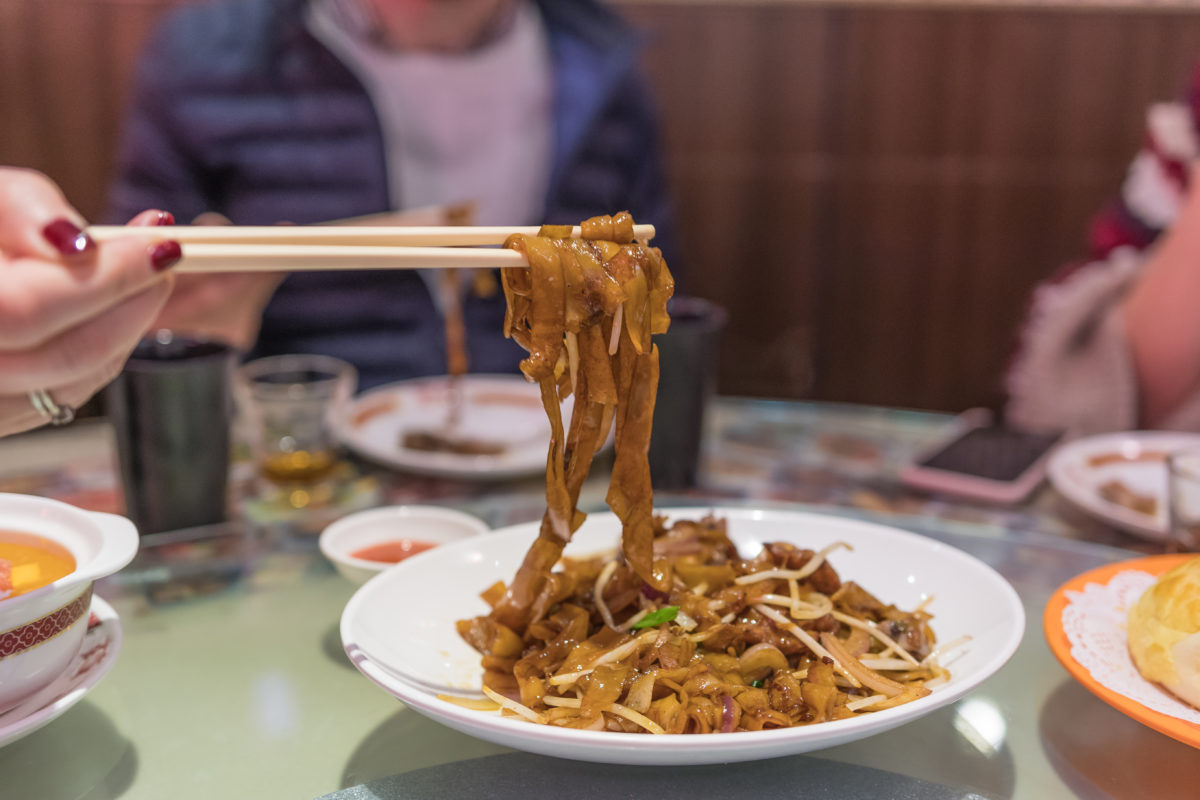 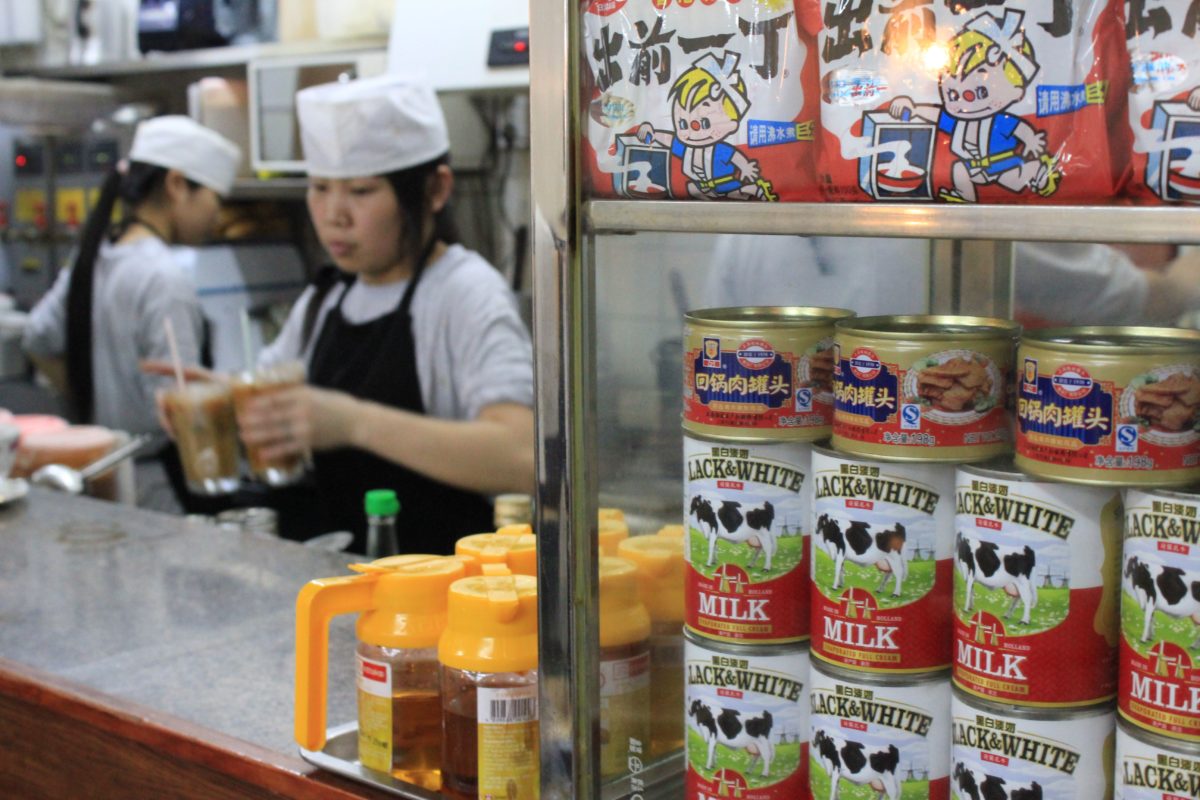 The counter at Cantonese diner Cha's.

What is it? Thanks to the historic migration of Guangdong and Hong Kong people around the world and their famous dim sum, Cantonese is the most well-known regional cuisine abroad (especially in Chinatowns the world over). One of the biggest seaports in Asia, Guangdong is known for its seafood, but Cantonese cuisine is quite varied.

Where can I get it? For a taste of authentic Hong Kong, head to Cha’s. Opened by a Hong Kong movie producer, this cha canting is meticulously recreated from the special administrative region’s 1970s style diners, right down to the Ovaltine drinks on the menu. From the patterned floor (a replica from a Wong Kar-Wai film set) to its delicious milk tea, you’ll feel transported through time and space when you dine here. Expect a wait during lunch and dinner for your soy sauce duck (玫瑰豉油鸡) and scrambled egg and prawn (滑蛋虾仁) as they don’t take reservations. 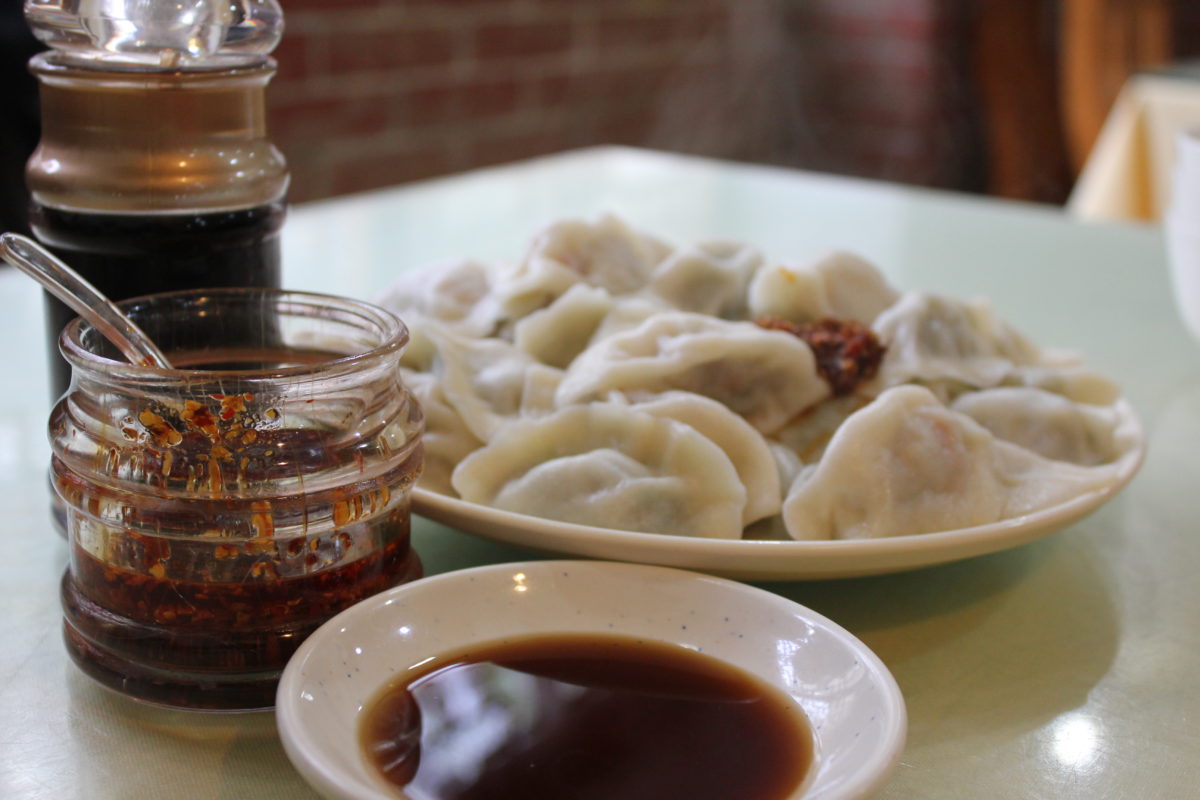 Boiled dumplings in the Dongbei style from northeastern China. 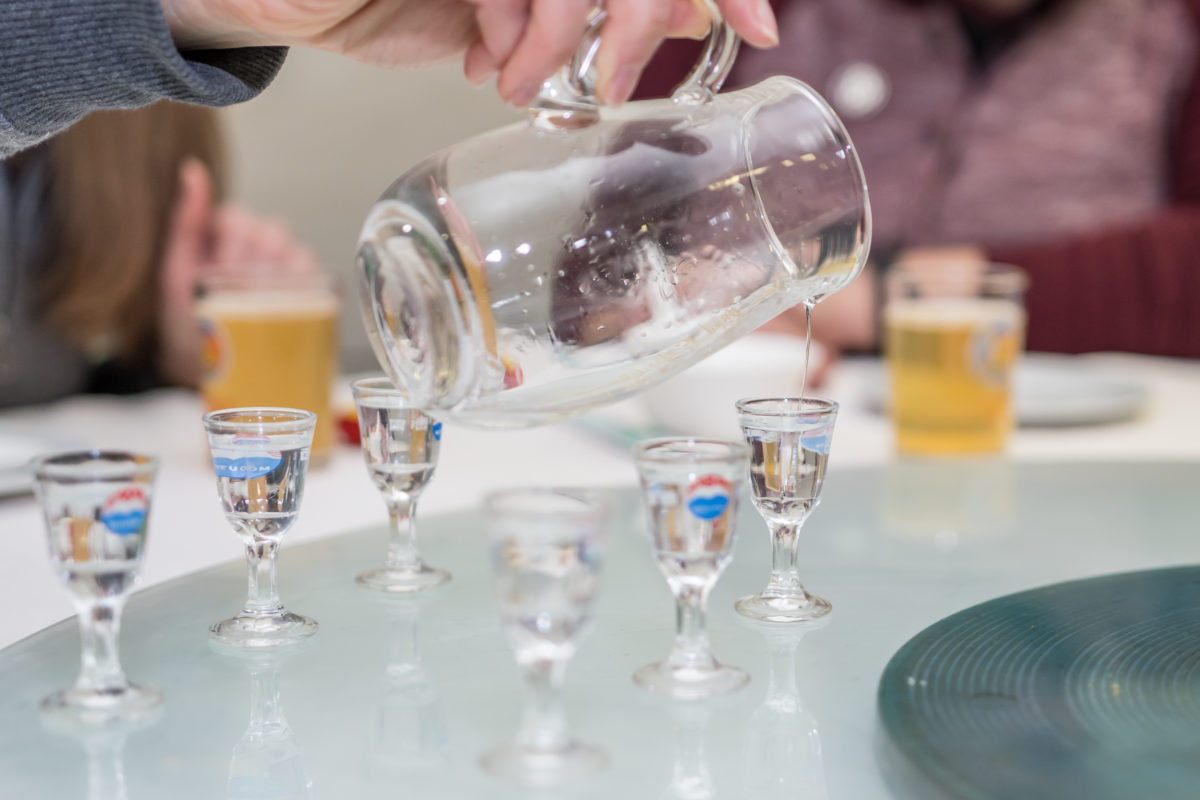 Baijiu, a Chinese liquor made from grain, for sipping during a meal. 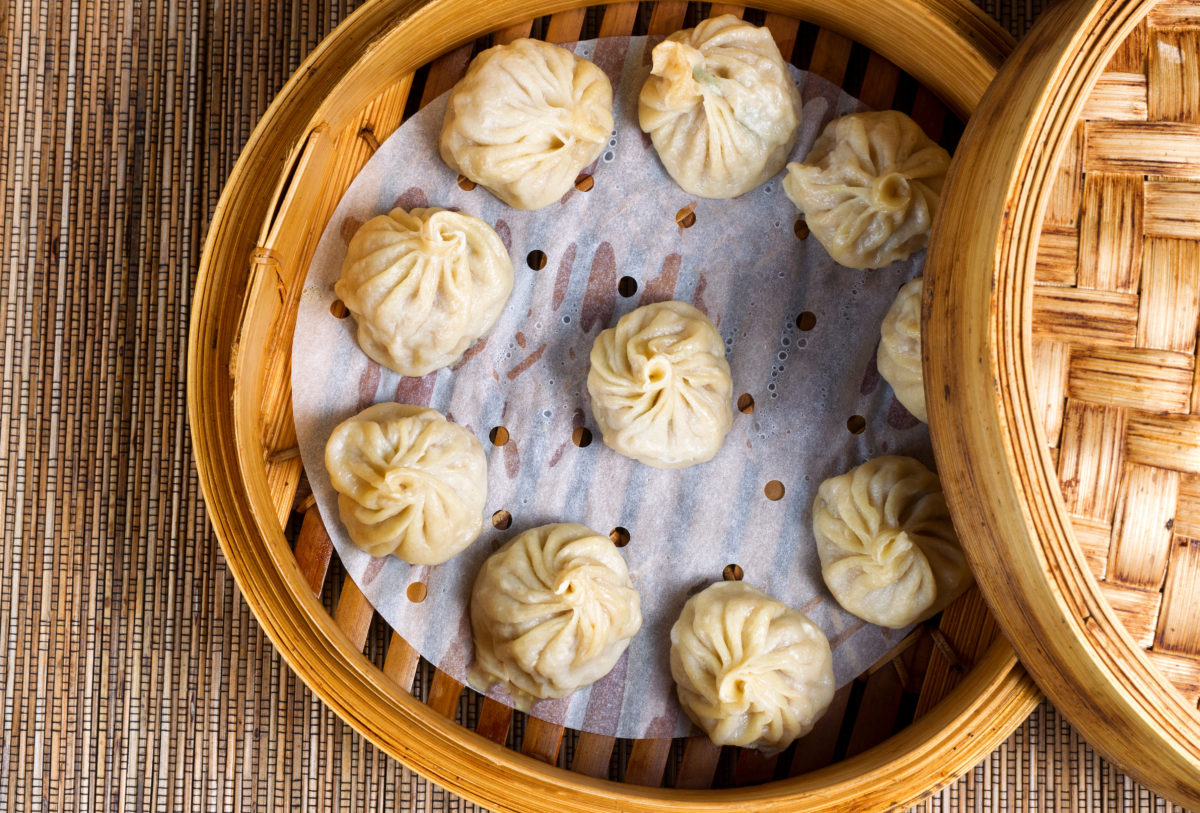 Xiaolongbao (soup dumplings) are steamed and served in bamboo baskets.

What is it? Encompassing the cuisine of Heilongjiang, Jilin and Liaoning provinces, Dongbei restaurants offer big portions of homestyle food, heavy on the savory garlic and soy sauce flavors. Boiled dumplings are native to this region, and the hearty dishes are credited with growing taller and stronger people in the cold northern reaches of China. The cuisine of Beijing encompasses some of these regional flavors, but elevates dining to an art fit for Mandarins.

Where can I get it? Despite the name, Four Seasons Dumpling King has a lot more to offer than just dumplings. With a menu over 100 items long, you can work your way through the entire regional cuisine at this restaurant alone. Definitely order the crispy honey pork (锅包肉), “three earthen treasures” braised potato, eggplant and green pepper (地三 鲜), and cold sesame paste mung bean noodles (麻酱拉皮). Once you’ve had one meal here, you’ll be back for more soon. 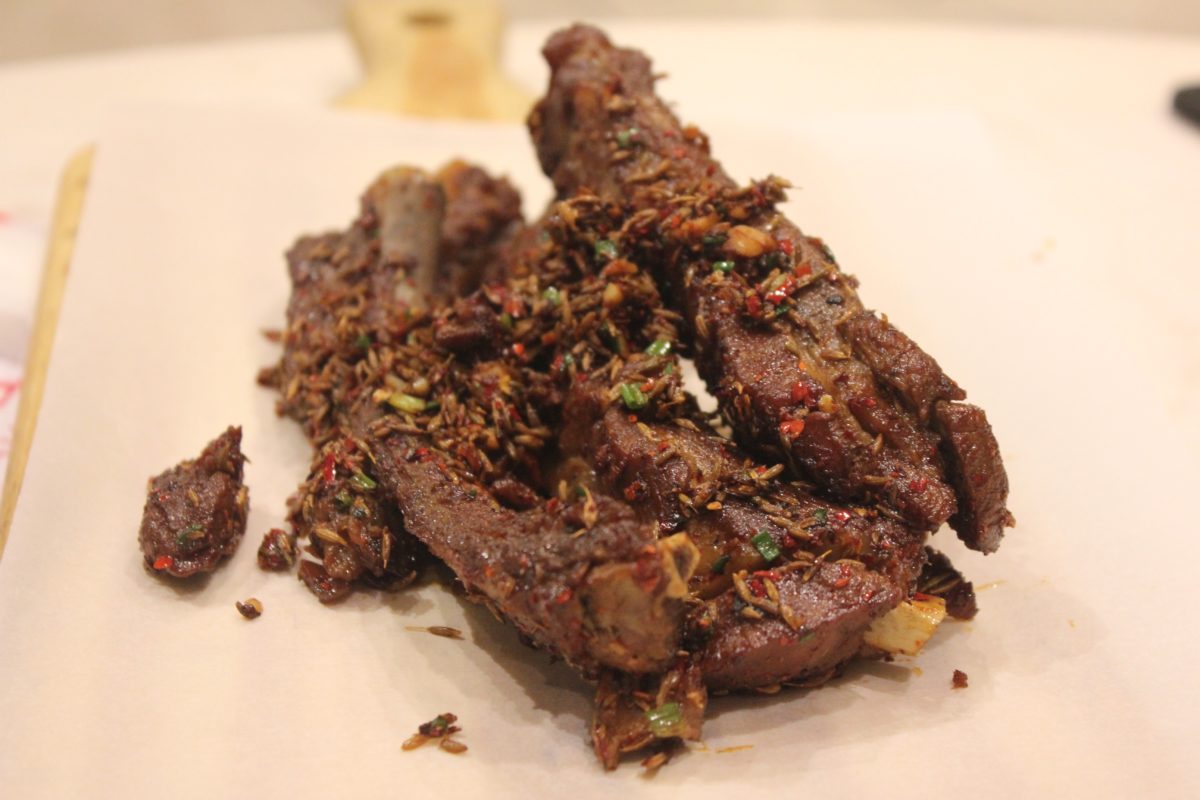 What is it? Sichuan’s neighboring province, Hunan is also famous for its spicy flavors, but instead of using mouth-numbing spice, it uses fresh and dried chilies to add heat. The regional cuisine is also known for its smoked and cured meats and heavy use of oil in its stewed and stir-fried dishes.

Where can I get it? No matter where you go, you have to try the region’s signature cumin-crusted lamb ribs (孜然排骨), but Guyi’s are top-notch. With patio seating during warm weather (at its former French Concession location) and spicy dishes like the duo of spicy fish head  (剁椒鱼头) to warm you up when the temperature drops, Guyi is a year-round favorite and the perfect place to tuck into Hunan’s most famous dishes, including Chairman Mao’s hometown favorite: red-braised pork belly. Elegant presentations make it a feast for the eyes too. 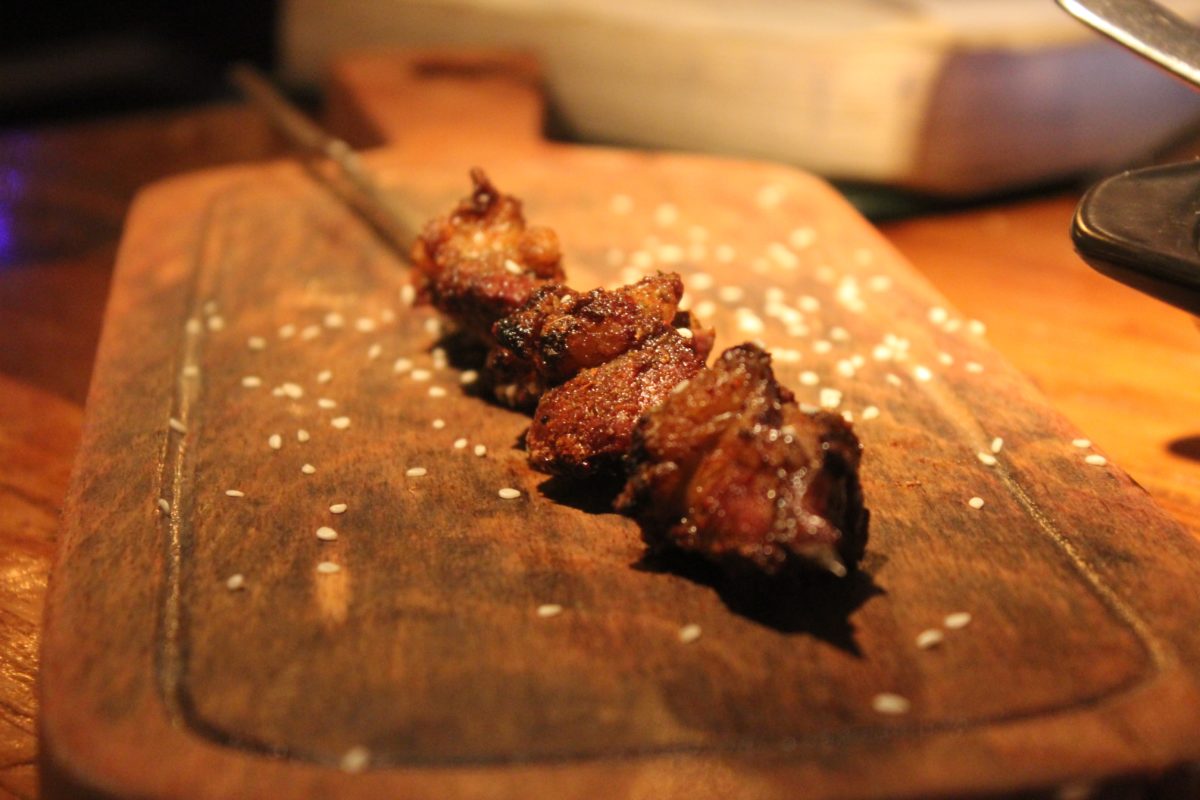 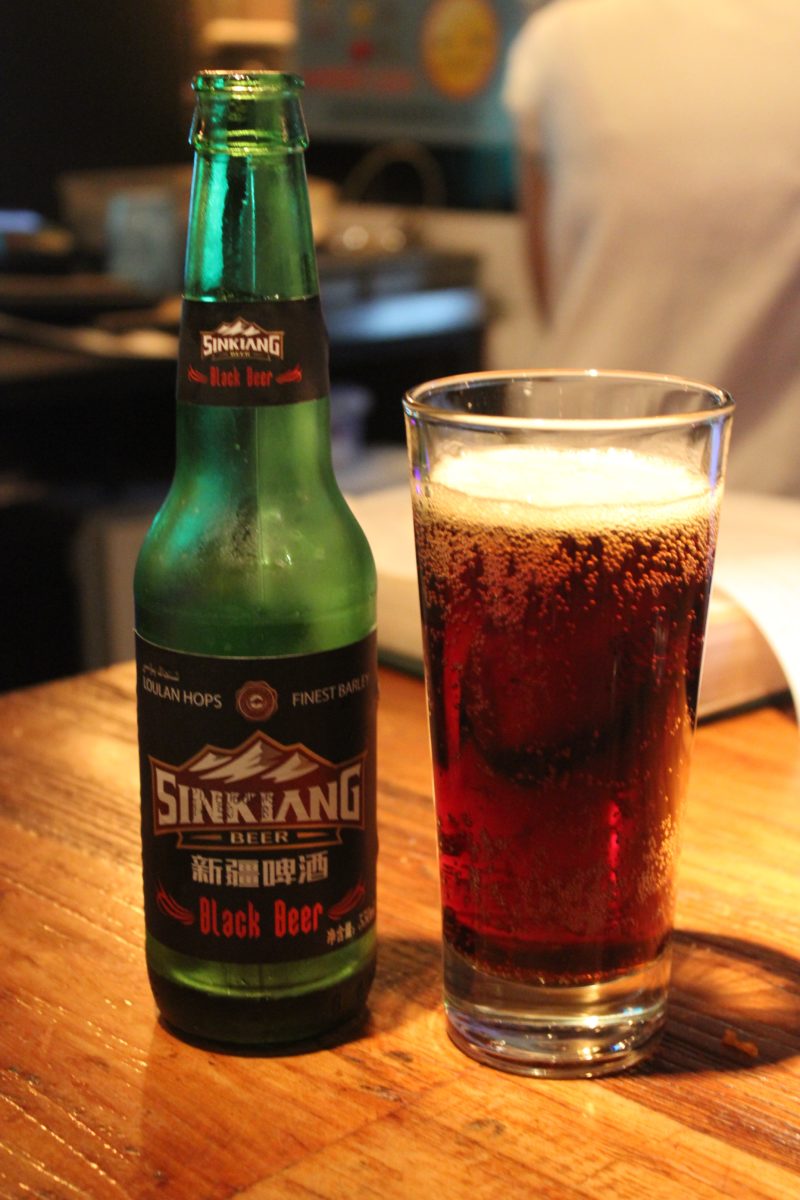 What is it? Far west in China’s rugged mountains and deserts, the cuisine is influenced by the Muslim minorities and harsh growing environment. Pork is replaced with mutton, and wheat is turned into bread. Middle Eastern and Indian spices and vegetables carried through the region along the Silk Road have also found a place in the cuisine.

Where can I get it? At the upscale Uyghur restaurant Miss Ali, there’s a well-equipped bar that serves not just Xinjiang’s famous black beer, but also Belgian brews and glasses of imported wine (the meat is halal, but the booze is not). The focus here is squarely on the Baerchuke lamb—not just any old sheep will do. Sample it in the naan fried with lamb (囊炒肉) and kebabs (羊肉串). 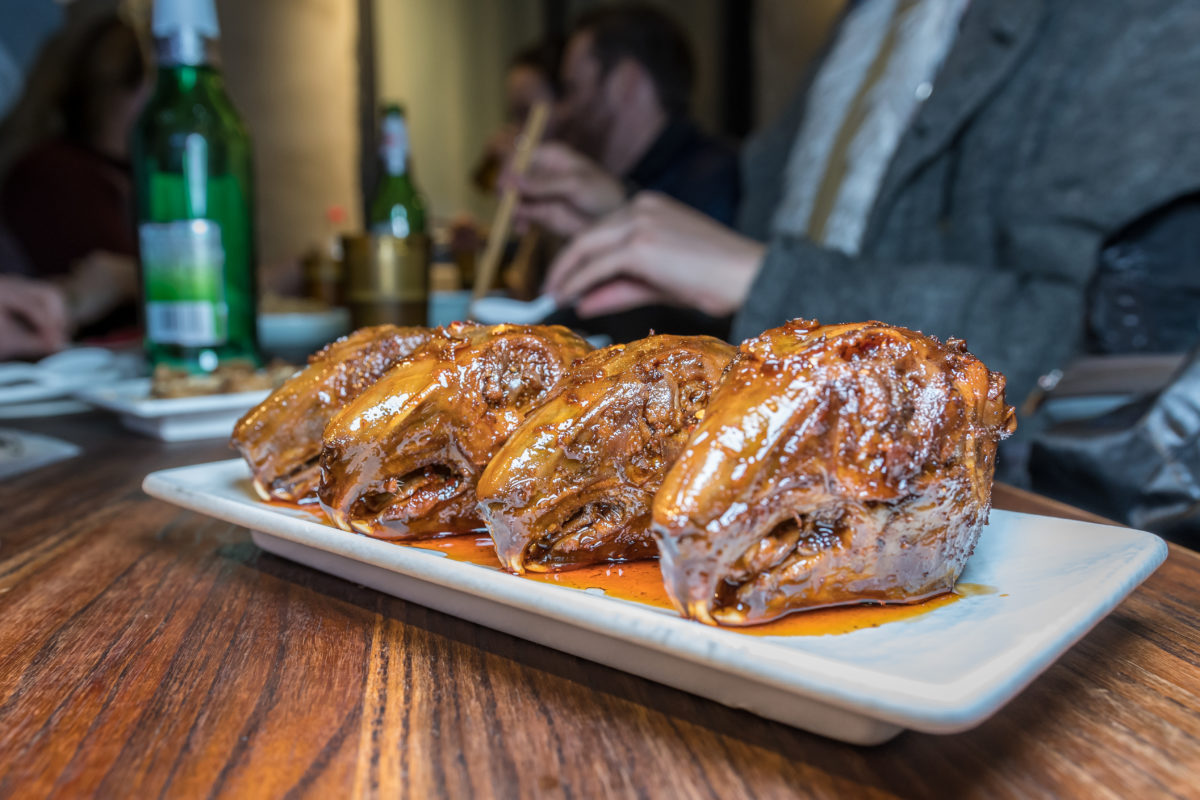 Sichuan rabbit head. To get at most of the meat, you have to break open the skull with your hands. 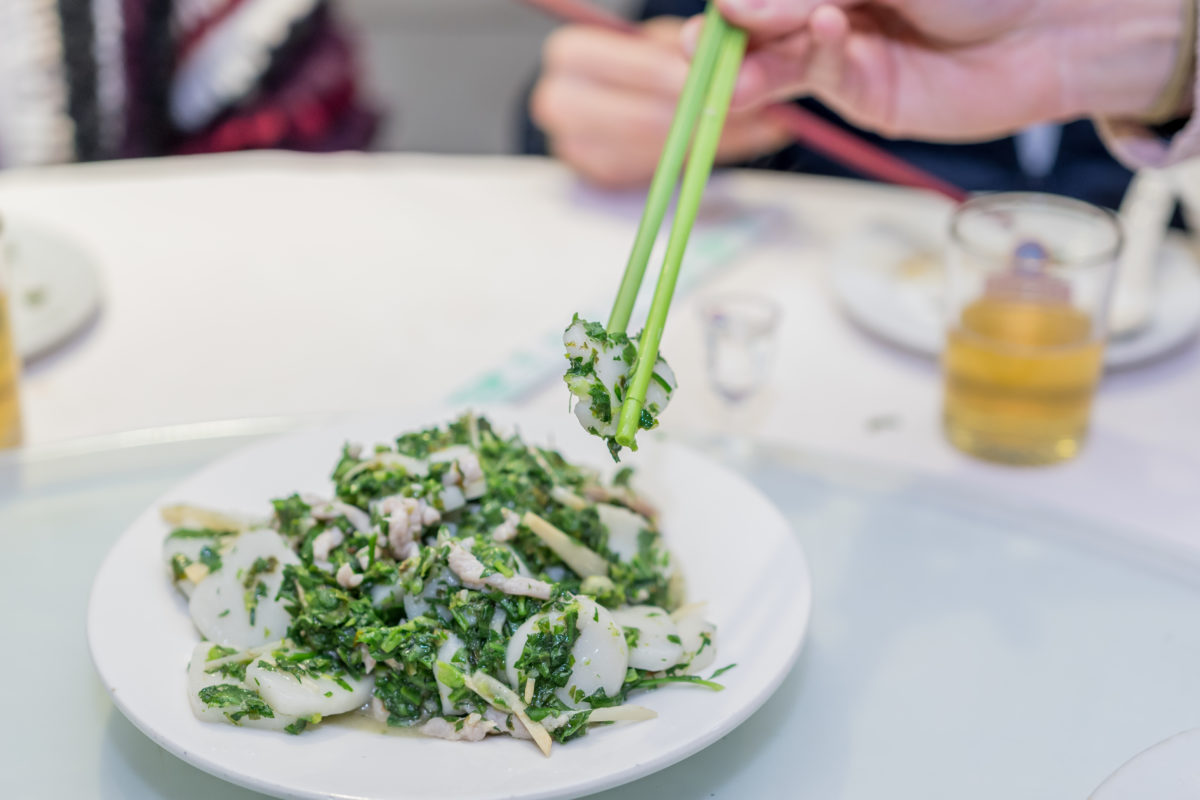 What is it? Hailing from China’s southwest, Yunnan has more minorities than any other province in the country and the most diverse plant life in China. Rugged mountains to the north yield hearty mushrooms and goat cheese, and tropical forests in the south are fueled by southeast Asian flavors.

Where can I get it? Our favorite spot for a bite of Yunnan is Lotus Eatery. Half-owned by a Brit who makes it foreigner friendly with an English language picture menu and a greatest hits section, Lotus Eatery’s other half is a native of Yunnan’s capital Kunming. Expect eats like deep-fried insects and edible flowers on the menu, but the many other Yunnan favorites, like Miao tribe barbecued tilapia (苗家烤鱼) and grilled goat’s cheese (乳饼), make it a must-visit.

If you’re looking to explore just how different the regional cuisines of China are all in one night, join UnTour’s Night Eats tour in Shanghai. As the sun sets, we explore the best local and regional cuisines the city has to offer, paired with local beers, spirits (or soft drinks) in a centrally-located, authentic residential neighborhood. Taste local dishes from the Shanghai Jiangnan area, as well as southern and northwest China and Sichuan.

Jamie Barys lives in Shanghai and is the CEO of UnTour Food Tours.