In terms of size and sprawl, São Paulo makes New York City look like a suburb. Its nightlife is nearly unrivaled—perhaps only Berlin could make a grab for the title. São Paulo is a pop culture pump for one of the world’s largest countries and consumer markets. It is one of the most diverse cities on the planet, and is a playground for architectural adoration and culinary creativity.

Of course, nothing can replace an actual visit to the city—São Paulo’s primary offering is the bustle of everyday life. Though it lacks a postcard-ready promenade, São Paulo can easily showcase its pulse: Young, creative people from around Brazil—and the world—flock to São Paulo for opportunities, and they in turn infuse the city with life. You can find the roots of Brazilian culture in Rio de Janeiro or Salvador, but you’ll find the trunk of that tree springing forth from the city of 12-million plus.

São Paulo is the most dynamic and culturally influential city in the country, nurturing artists, entrepreneurs, misfits, and businesspeople, combinging all the best things about Brazil and its very varied corners. Put it all together, pour it over concrete, never let it sleep, and you’ve got the recipe for one of the most vigorous cities in the world.

Here’s how you can experience the best of São Paulo—as well as some mass Brazilian offerings—from your own home. 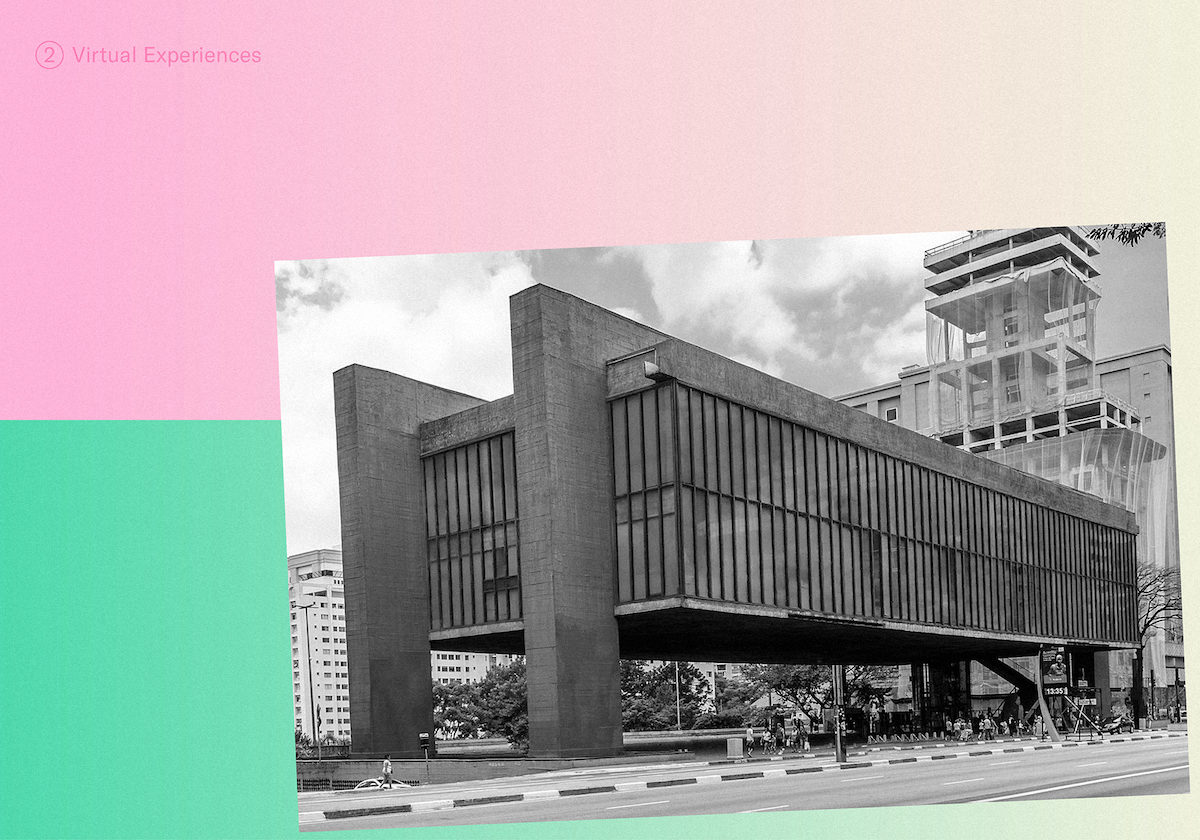 No tour of São Paulo is complete without visiting the art museums, cultural collections, and galleries that celebrate its storied history and creative class. And luckily, many of these institutions have digital tours and collections available. MASP (The Museum of Art São Paulo) is using its Instagram to display much of its collections and exhibitions, and its app MASP Audio also gives you the context behind its centuries-spanning collection—perfectly paired with Google Arts & Culture’s digital MASP curation.

As for more art and architecture, check the digital collections of Fortes D’Aloia & Gabriel, with a pair of São Paulo-based shows (Lucia Laguna Exhibition and Anthology of Art & Architecture). Gallery Luisa Strina has digital exhibitions to commemorate its 45th anniversary, and the Contemporary Art Museum has numerous exhibitions and collections available, best of all the Pedro Meyer photo exhibition. Lastly, don’t miss Museum of Modern Art’s online collection, featuring more than 4,000 pieces. 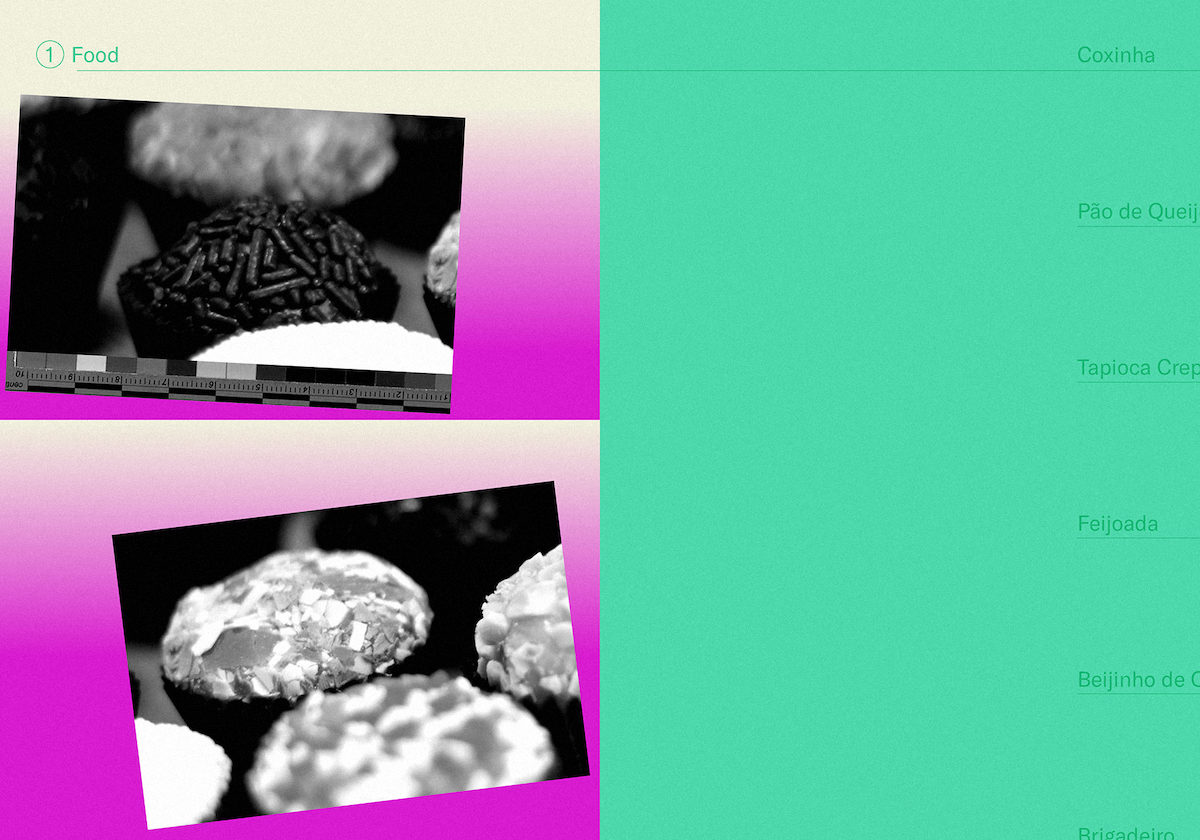 Stuffed crust be damned—this bite-sized cheesy bread is sinfully good. (How do all those Brazilians maintain such stellar beach bodies, anyway?)

The breakfast staple is a great way to kickstart your day with the carbs and calories you need to burn. Best of all, you can stuff it with anything from eggs and avocado to peanut butter and bananas.

Invite your Brazilian friends over and watch their hearts and faces melt as they savor each bite of feijoada. But be warned: Their mothers all make it best, and they’ll debate that amongst one another all evening. (It’s no knock on your own successful execution of the recipe, trust.)

Dessert is served, with this coconut-and-condensed-milk kiss.

Like the Beijinho, the brigadeiro is another bite-sized confection, though it uses chocolate powder and sprinkles in place of coconut. 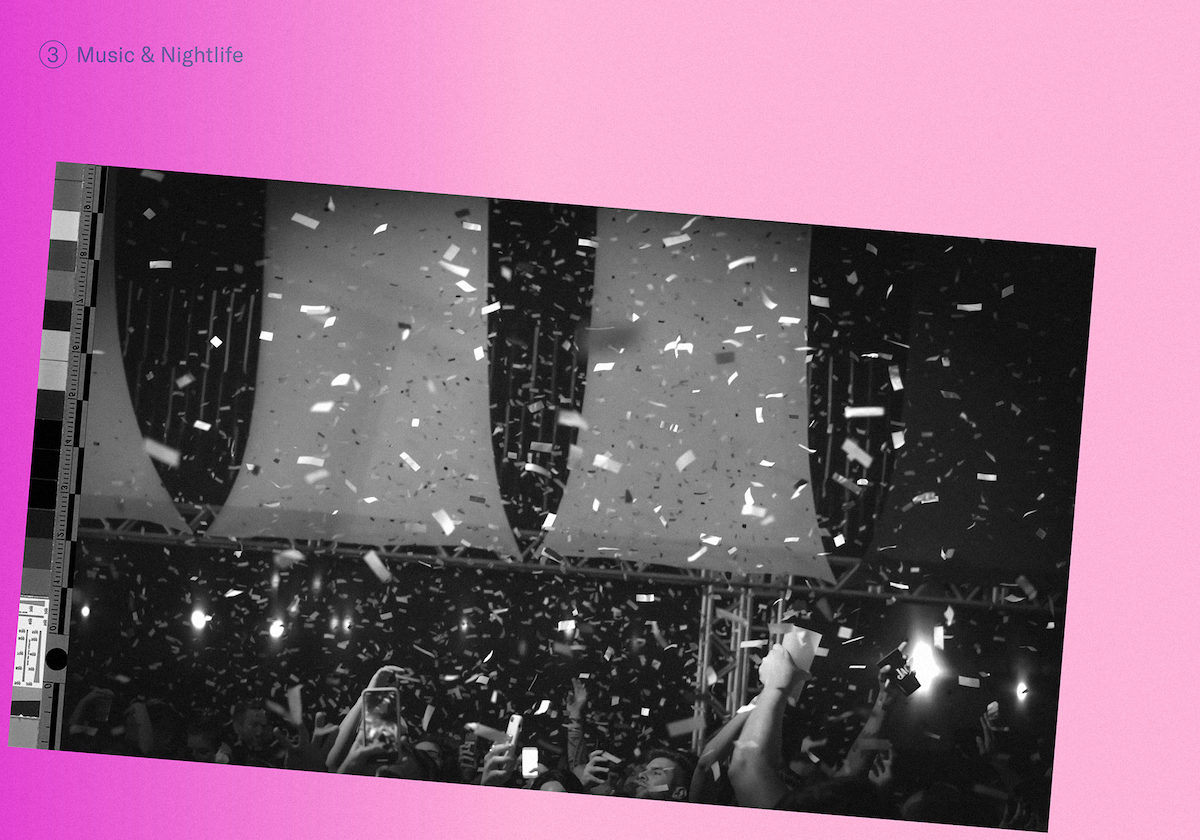 To know Brazil—and the influence of São Paulo on the nation’s pop culture—then you must know Pabllo Vittar. She is the world’s most followed drag queen (nearing 11 million Instagram followers, which is nearly three times that of RuPaul). Once a staple in SP’s nightlife, Vittar is now one of Brazil’s biggest pop stars, heavily rumored for an English-market and global crossover. She has already performed with Diplo and Major Lazer, Charli XCX, Iggy Azalea, and Mexican superstar Thalía. (Vittar has also released a few songs in Spanish, with 2018’s “Problema Seu” as one of her catchiest singles.)

Along with Vittar, much of Brazil’s mainstream music is rooted in São Paulo’s queer scene. Trans artists like Urias, Liniker, and Linn da Quebrada are among the most revered talents (also see Linn da Quebrada “Oração,” featuring trans and queer women of color in an ode that laments Brazil’s high anti-LGBTQ+ crime rates).

Gloria Groove is another drag queen superstar, and Mateus Carrilho a Freddy Mercurian gay icon in his own right. (A special shout out goes to bisexual megastar Ludmilla, too, though she’s of Rio de Janeiro roots.) And given Brazil’s complicated and often conservative politics, it’s no surprise that São Paulo responds with some of the most profound pop counterculture the world has ever seen (and is also home to the world’s biggest pride parade, some 5-million strong each June).

Sorry, New York, but São Paulo’s nightlife makes yours look quite well rested by comparison. Fortunately, its best collectives and stations are collaborating to keep the pulse from falling flat. Click over to Na Menteigna Radio, Gop Tun, Selvagem, and Paradisco to stay atop the live streams from the city’s best DJs—and thus, some of the world’s best DJs.

Brazil’s calendar year is planned around Carnival. In fact, it’s said that the work year doesn’t start until after the weeklong celebration, typically held in February, depending on Easter’s own date). The festivities unofficially kick off with New Year’s Eve, however, thus there is one or two months of nonstop revelry. Get a taste for the various sounds of Brazil—and those that you hear at all hours of the day and night during Carnival season—with this Carnival 2020 playlist.

During Carnival, you get little bits of all the most popular music, some of it current, some of it timeless. But remember this: No matter the genre, be it funk, samba, Axé, or bossa nova, everybody must dance.

To round out the sounds of São Paulo, you need to be acquainted with these three; together they represent the more mainstream, globally familiar sounds that trickle out of the metropolis. Konka’s raps are as unforgettable as her style, while Céu’s serenades make for great bathroom-mirror karaoke. Then there are the party-starting Tropkillaz, frequent collaborators with Major Lazer and prominent staples on the global festival circuit. 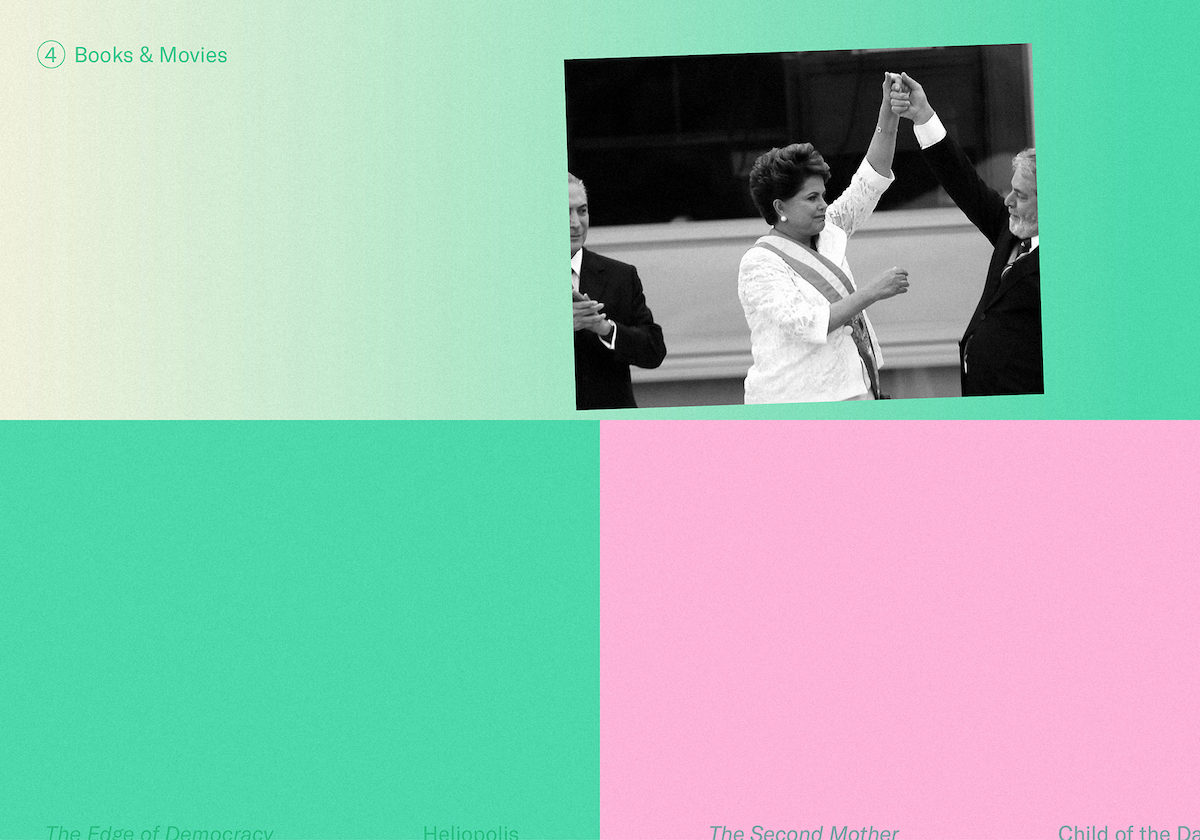 São Paulo and Brazil in Books and Films

Lispector is easily Brazil’s most beloved novelist, and reading her works will win you all sorts of points with your literary pals. Her stories read quickly, so you can stack them up for a long weekend pouring-over. Start with the humorous Água Viva and then move to the monologued Near to the Wild Heart, which was Lispector’s first novel and which made her instantly famous.

The Edge of Democracy, 2019 documentary

This 2020 Oscar nominee for Best Documentary provides a terrific explanation of how Brazil went from dictatorship to democracy, and how cracks are already showing in this newfound freedom—largely due to unfettered corruption from the country’s top governors. Watch Edge of Democracy on Netflix.

This 2009 Man Booker nominee showcases one of Brazil’s and São Paulo’s most ongoing political matters: The enormous divide between the upper and lower classes. It is both humorous and heartbreaking, as the once-poor protagonist finds himself cornered by his advertising employers into taking advantage of impoverished favela residents. Buy Heliopolis on Bookshop.org.

While much of this film is set indoors, it is very accurate to life in SP: It comically explores the class divide as seen through the eyes of a house maid. Her estranged daughter appears and refuses to be treated second class by the family to whom her mother reports. Actress Regina Casé won a ton of awards, including Brazil’s Oscar-equivalent Best Actress for her portrayal of the warm-hearted, overly cautious housekeeper. Watch The Second Mother for free with Amazon Prime.

Child of the Dark, memoir by Carolina Maria de Jesus

Carolina Maria de Jesus kept a diary of her life in SP’s favelas. Her vivid accounts of life in the periphery were discovered late in life, and made her a household name in 1960. You really cannot understand Brazil if you don’t understand its heartbreaking class divide, and CMdJ became a megaphone for that contrast once this collection of entries was published. She spent the last 17 years of her life on a steady decline back into poverty after her celebrity status dwindled, but her insights and impact remain powerful and ever important today. Buy Child of the Dark on Bookshop.org. 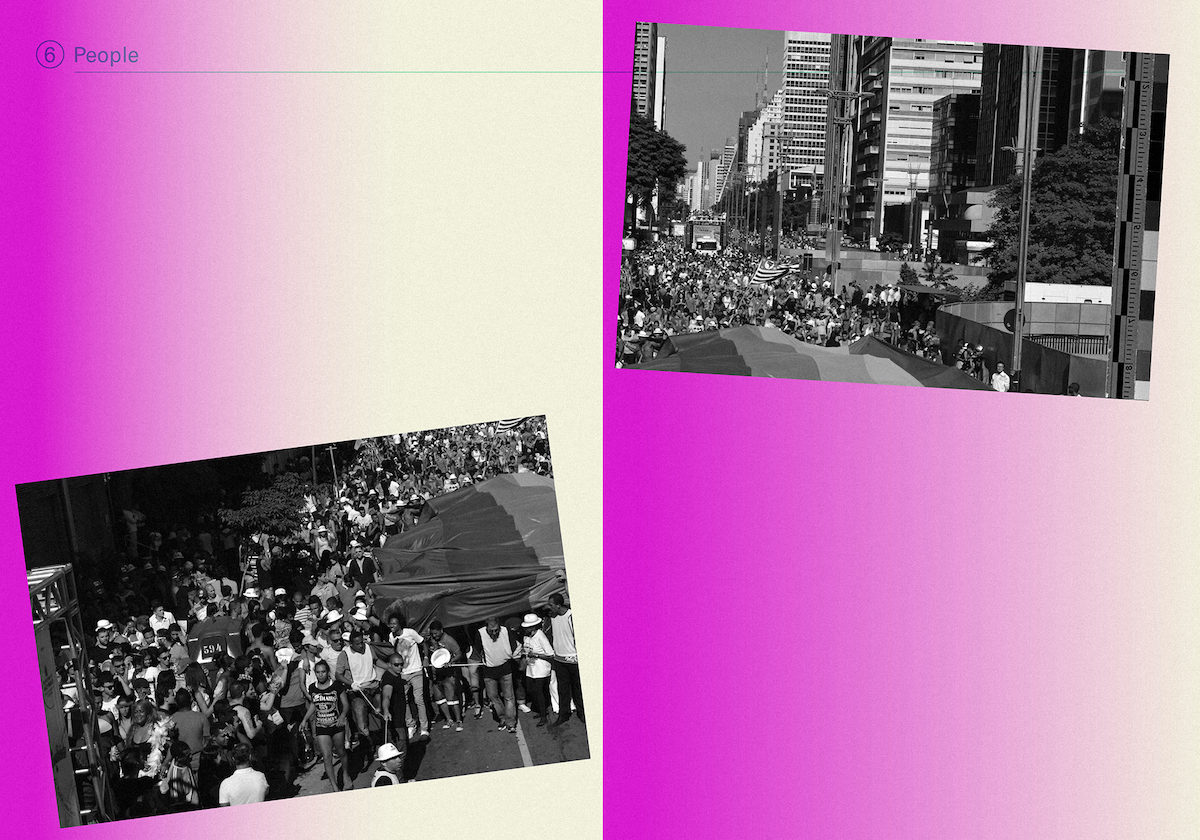 Popular and funny phrases that Brazilians use, translated into English for your entertainment and information.

Queer music collectives that showcases LGBTQIA+ DJs and musicians, with an emphasis on trans, black, Latinx, and female artists.

A beautiful account that parades the city’s awe-some, eclectic architecture.

Two accounts that spotlight Brazil’s best designers, sometimes with works pertaining to the pandemic itself.