San Marcos: The Ultimate Side Trip from Austin, Texas

This week, Here editors share guides to the places they grew up. See Digital Editor Annie Werner’s guide to San Marcos, just 35 minutes south of Austin, Texas, and the perfect spot for a small side trip.

It’s truly unfortunate that most people have never heard of my glorious hometown, known affectionately to locals as San Marvelous, and that outsiders who have heard of it usually say, “Oh yeah, the outlet malls, right?”

I doubt this was ever true, but growing up (in the 90s!) I was told repeatedly that the San Marcos Premium Outlets were the largest shopping institution of its kind in the world (spanning at least a mile along Interstate 35, they do boast truly excellent discount designer shopping). 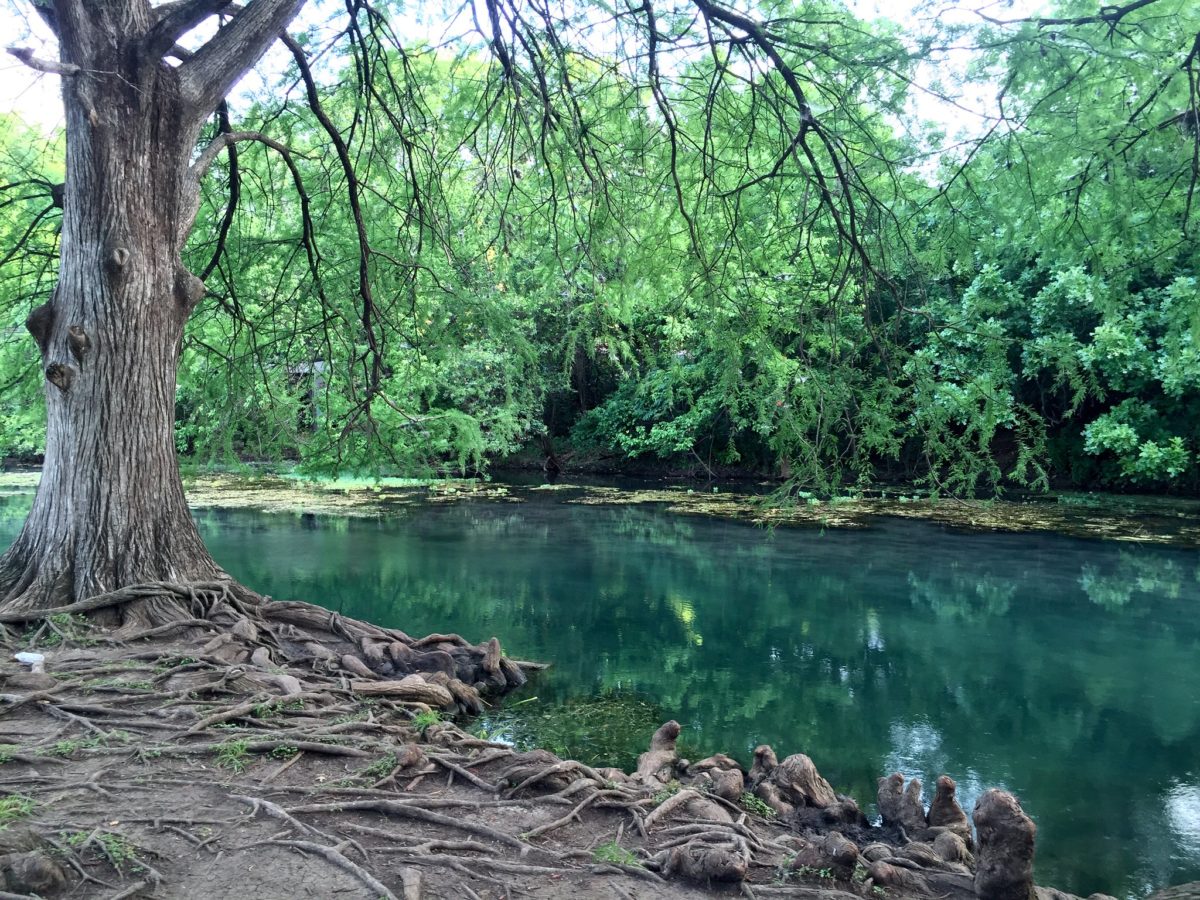 The San Marcos River stays an even 72 degrees year round. Photo by Jonathan Cutrer.

But there’s so much more to this Central Texas gem. Head off the highway and into the charming downtown area and you’ll find a crystal clear river, excellent local dining, and a unique, historic live music scene without any of the big city riff raff. Call it a Mini-Austin, call it the Gateway to the Hill Country. San Marcos is doing it’s own Central Texas thing: the local Texas State University keeps a steady stream of vitality, and when Amazon brought a fulfillment center to the city in 2015, it was lauded as the fastest growing city in America for a third straight year.

The most important thing you need to know, however, is that San Marcos has the best Tex Mex in Central Texas (sorry, Austin) and that alone is worth making the trek down (or up! We’re also 40 minutes from San Antonio). But whichever way you zip through I-35, this is how you should make the most of your time here. 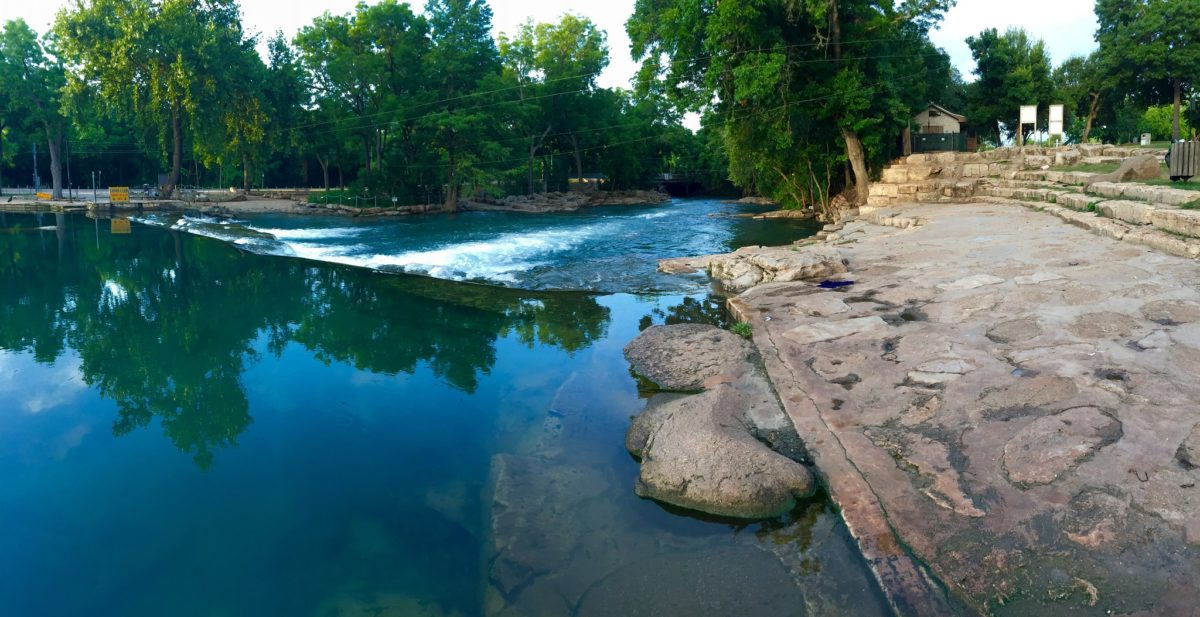 This is the most underrated river in America! 72 degrees year round and clear to the soft stone pebbles on the floor, it’s safe to drink this natural-spring water straight from the source. Deliciously cool in the hot Texas summers, hang around Sewell Park for beach volleyball and local legend Frisbee Dan, or rent an affordable tube from the Lion’s Club and float down to Rio Vista Park, drink in hand, for an epic little route-ending water slide (grab a snack and a beer at the River Pub & Grill nearby after). 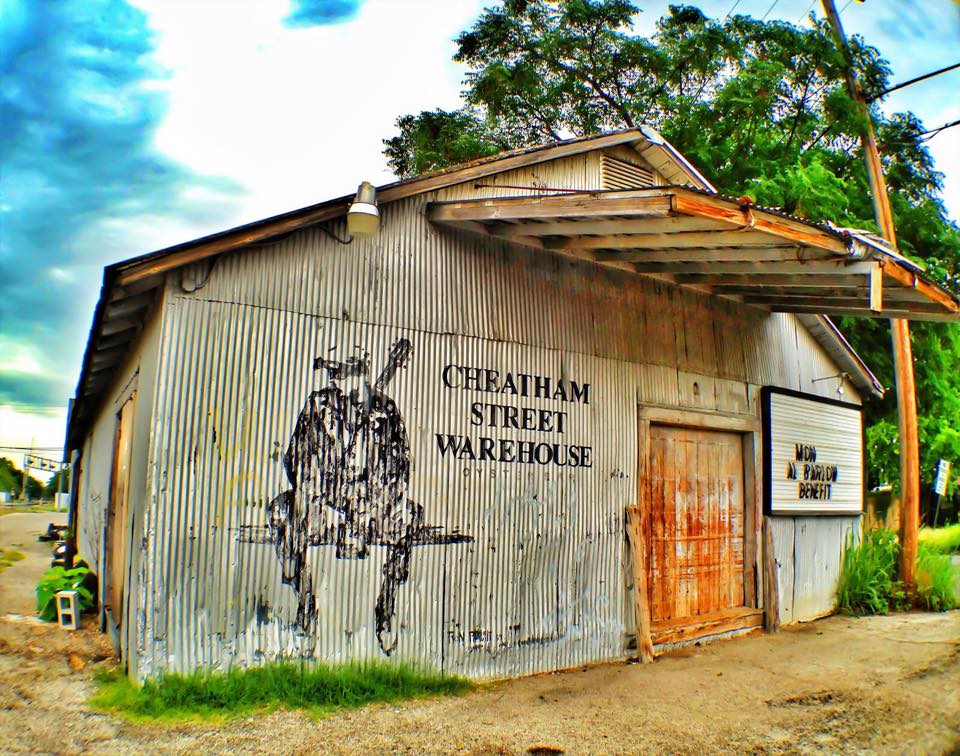 The iconic Cheatham Street Warehouse is one of the first venues George Strait played before he was, well, George Strait.

It’s hard to find places like Cheatham Street Warehouse these days. Opening in 1974, this is where George Strait got his start as a student at Southwest Texas State. Family-owned for decades, this beloved live music venue was recently bought by country music titan Randy Rogers, who’s kept the spirit of the place alive and then some (Wednesday’s weekly songwriter’s circles are named in honor of the original owner, Kent Finlay) and the place turns into a venerable honky tonk on weekends with touring and local acts offering some of the best country dancing in the area. 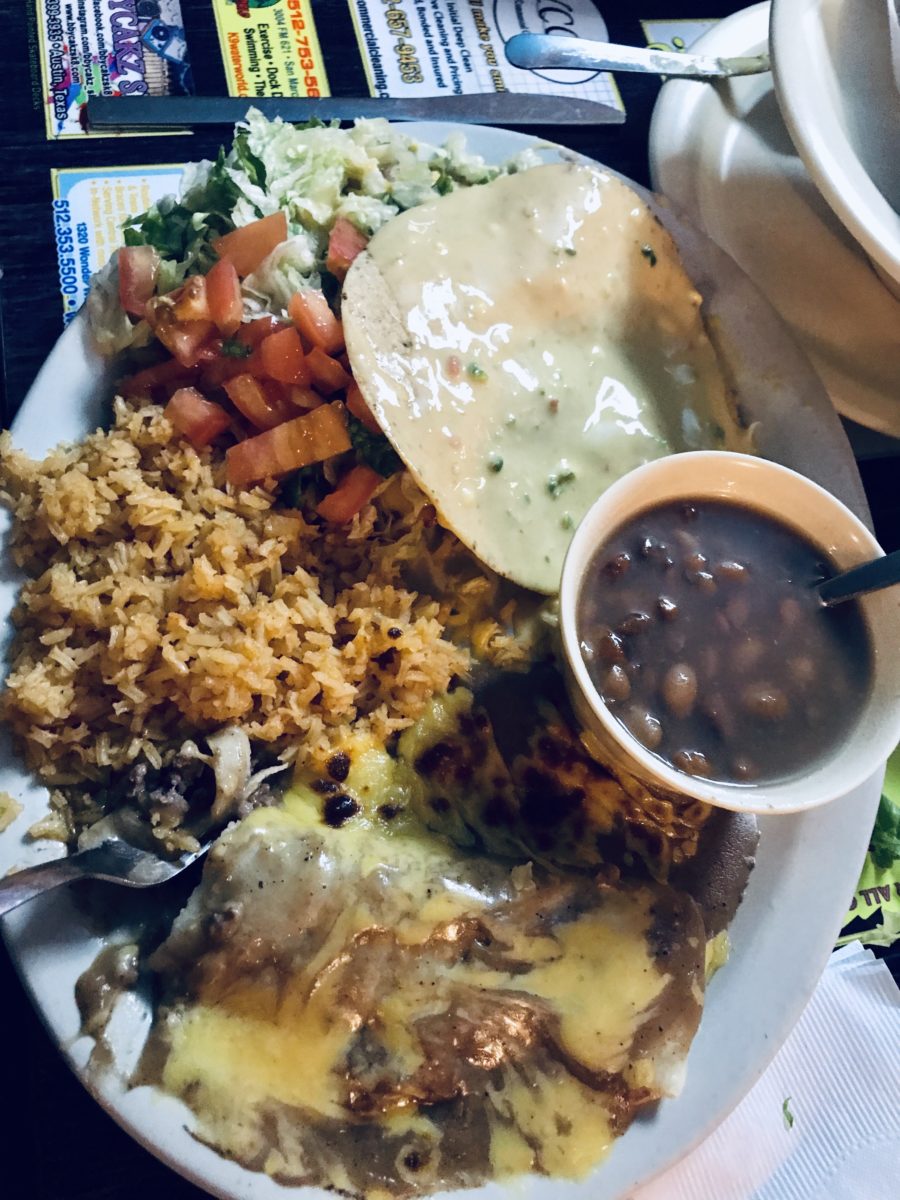 The platonic ideal of a Tex-Mex combo plate at Herbert's Taco Hut in San Marcos, Texas. 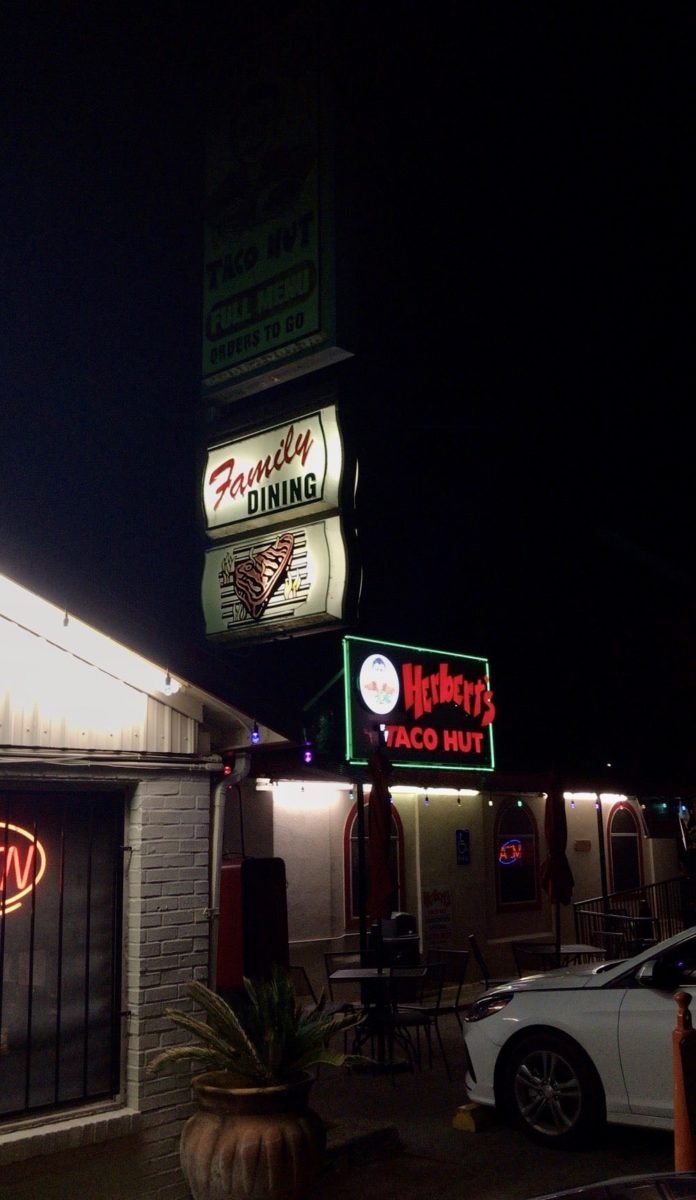 Just off the highway, Herbert's is a long-standing San Marcos Tex-Mex institution.

I assure you, this is the Tex Mex vibe you’re looking for—with perfectly spicy and melted-yellow-cheese-laden food to match. Family owned for three generations with bright murals on the wall depicting colonial Spanish life and numerous combo platters to fill your belly and soul. Queso, margs, enchiladas, you name it.

Honestly, if a breakfast taco isn’t sold out of a trailer, gas station, or in this case, a car wash, it’s probably not any good. Other requirements include: fresh, still-warm tortillas wrapped in foil, homemade salsa you apply yourself, and enough napkins in the brown bag to collect breakfast taco casualties. Lolita’s are the best in Central Texas, and they have a line of cars down the street to prove it. Pro-tip, park and walk inside for faster service. Try any of the combos, but don’t sleep on their chorizo. 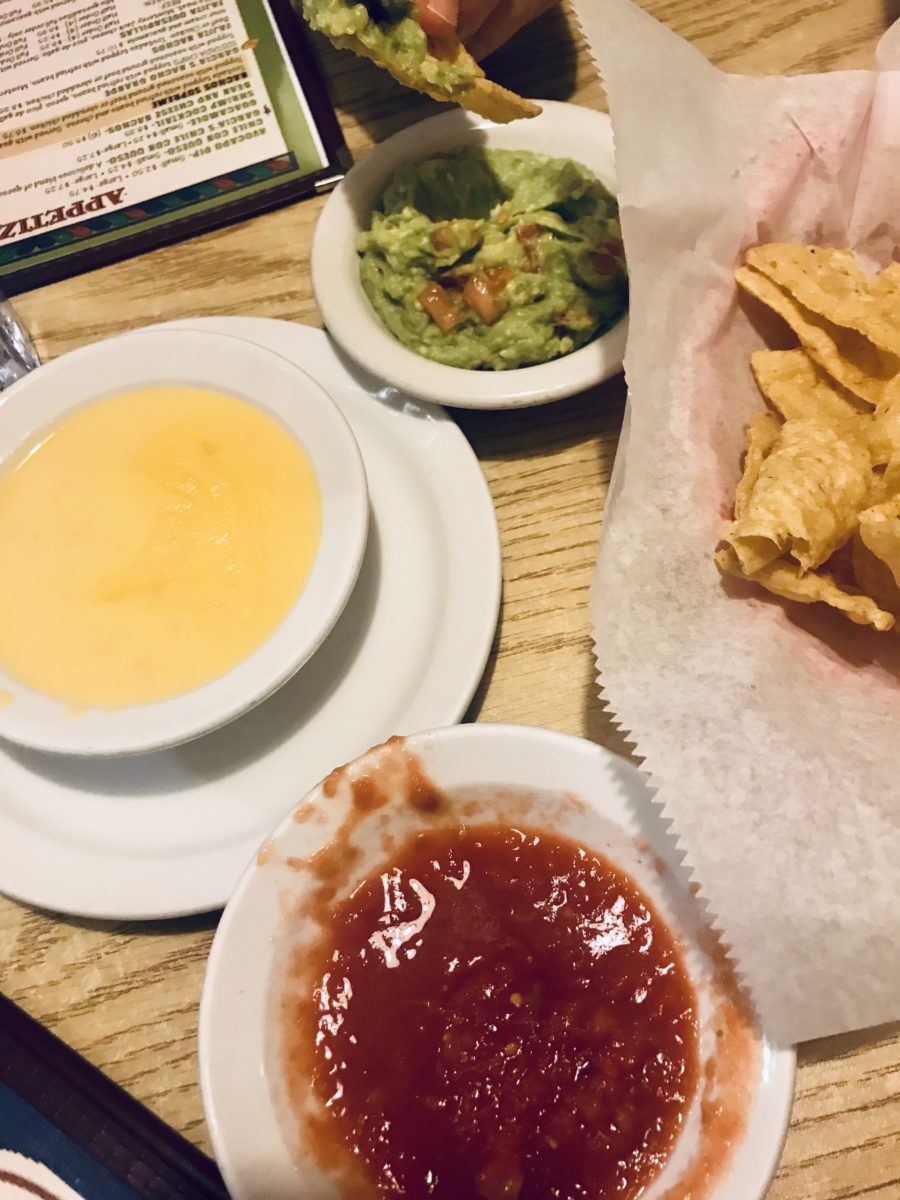 The trifecta: queso, salsa, and guac at Garcia's in San Marcos. The chips? They've gotta be homemade. 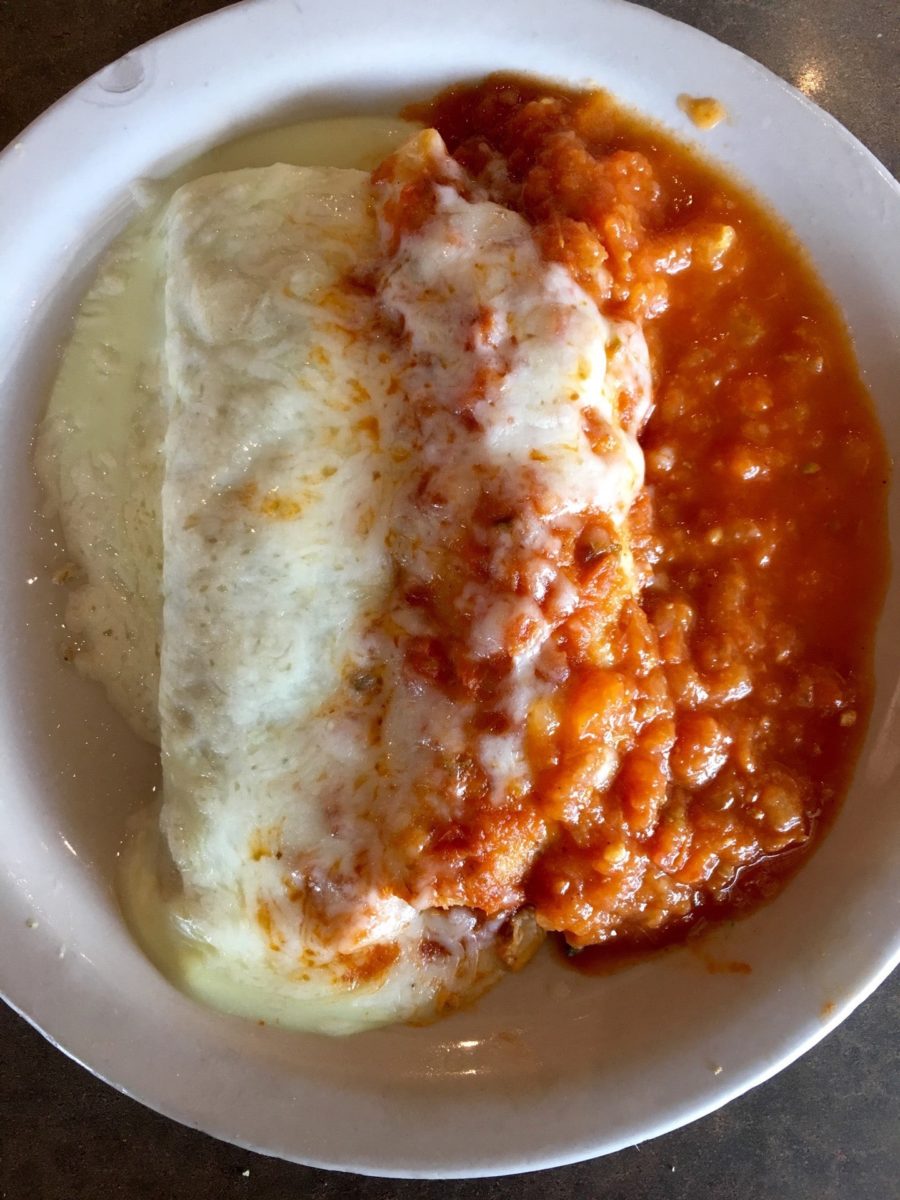 Enchiladas a la carte, if you must, at Garcia's.

A bite into Garcia’s homemade tortilla chips truly makes my heart sing. The original location in Downtown San Marcos is a local institution with more regulars than tourists. Get a booth and chow down on their salsa, tortilla soup, an enchilada dinner, and/or the best chili relleno in Central Texas. 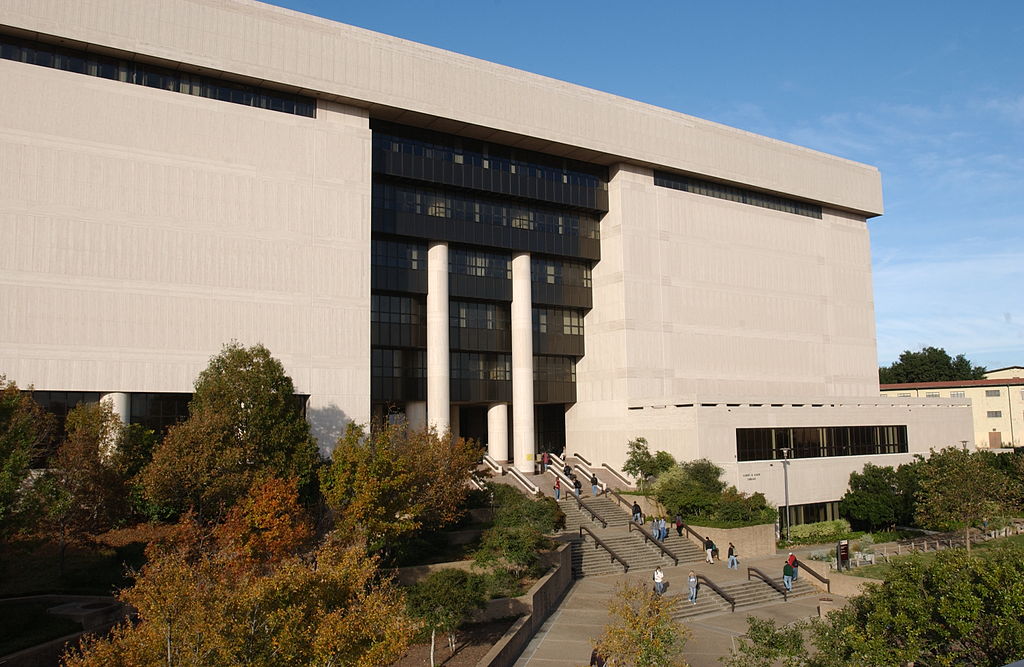 Nerd alert! One of the largest archives and exhibition centers for Southwestern writers, photographers, and creators is right here in the Alkek Library at Texas State! The archives of Willie Nelson, Cormac McCarthy, Larry McMurtry, the creator of King of the Hill(?!), rest here and constitute rotating exhibitions on the library’s top floor with sweeping views of the Texas Hill Country.

The Square in Downtown San Marcos

Though San Marcos is technically a city of almost 45,000 people, the downtown area has maintained its small-town feel with businesses old and new occupying historic storefronts surrounding the large-domed courthouse. This is where local college students get rowdy on weekends (and to be honest, weeknights as well).

But it’s not all co-eds and two-dollar-you-call-its. Places like AcquaBrew (a local brewery), The Root Cellar (sophisticated/healthy American fare), Stonewall Warehouse (who doesn’t love a small-town drag show?), and The Tap Room (long-running pub with delicious burgers) all grace the centerpiece of San Marcos cultural life. 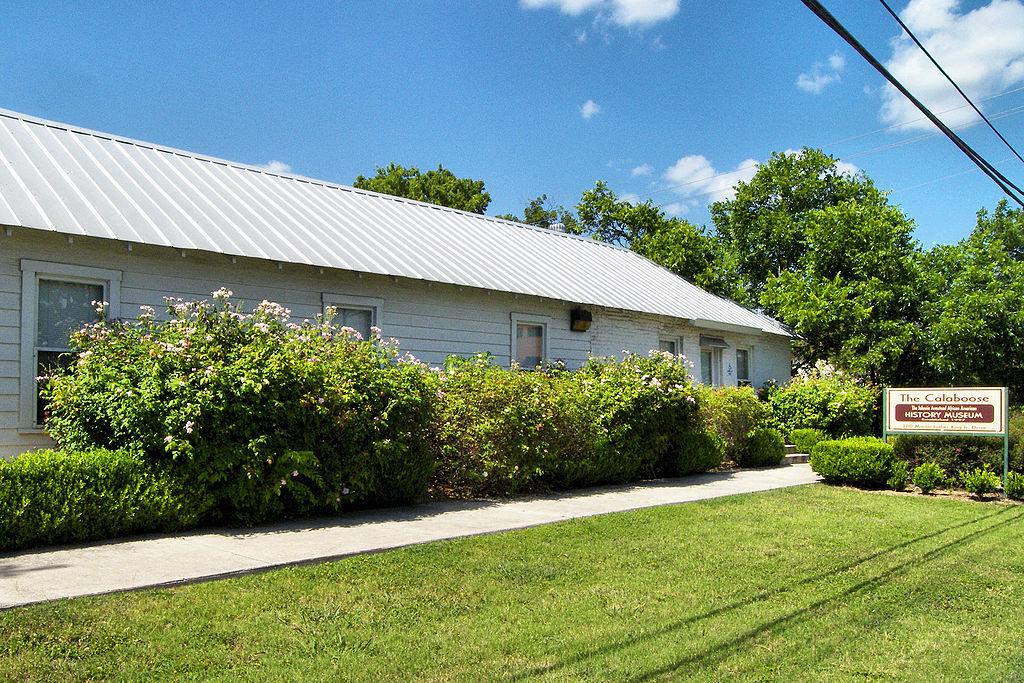 Black history in Texas is an all-too overlooked aspect of the state’s past, and the Calaboose is one small antidote. Rotating and permanent collections protect and preserve the history of African Americans in San Marcos and Hays County specifically, including legendary jazz guitarist Eddie Durham.