Salem’s mystical reputation precedes itself, and though October is a busy time for the quaint Massachusetts town, Witch City’s best restaurants, museums, and shops can be enjoyed well beyond Halloween festivities.

“We openly push an intersectional feminist agenda and center artists and makers who do as well,” says Feldmann. “We also host events like moon meditations, tarot salons, and witchcraft 101-type workshops.” 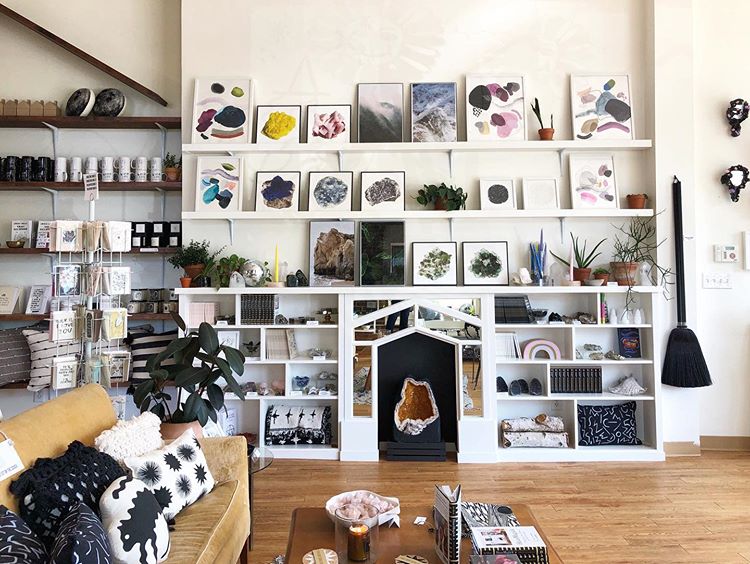 HausWitch Home + Healing is full of handmade gifts and homewares as well as witchy lifestyle goods. Photo via @hauswitch. 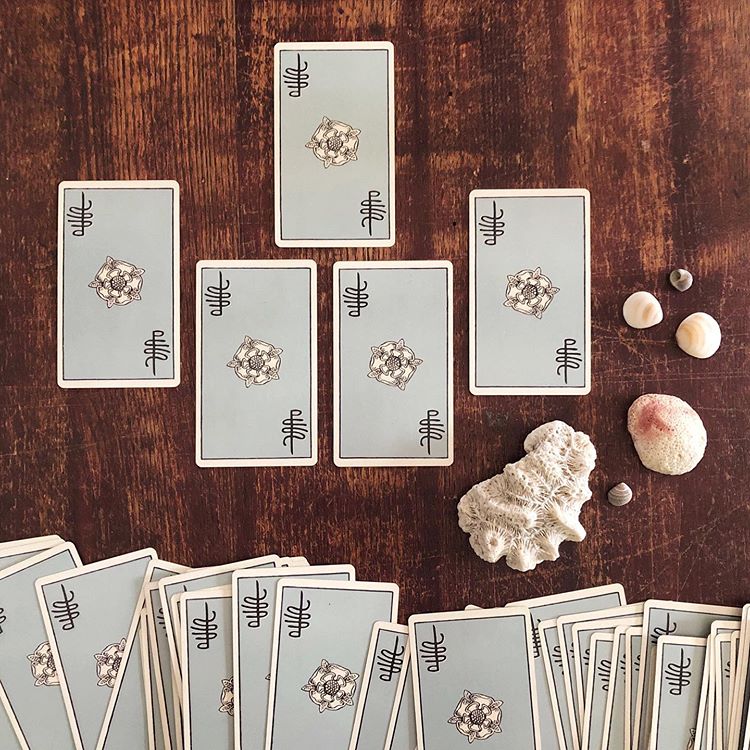 HausWitch hosts tarot salons for the the spiritually inclined. Photo via @hauswitch. 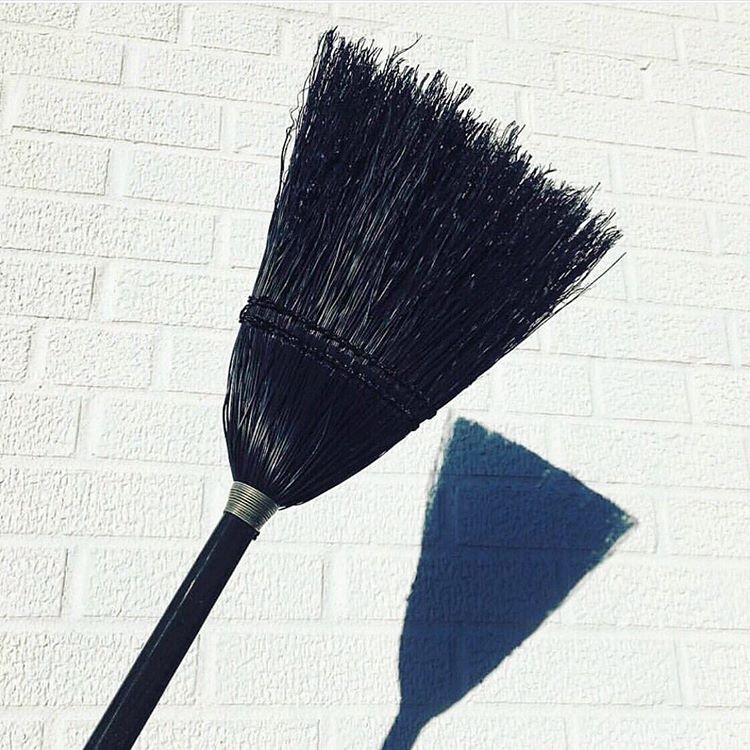 According to her Instagram, Feldmann is "obsessed with the idea of blending ritual and magic into everyday tasks and I love products that can serve that dual purpose."

Feldmann lives in Salem’s historic district, about a 5-minute walk from the “super-quaint downtown straight out of your most nostalgic autumnal fantasies.”

“I’ve lived in Salem for almost 10 years, and I’ve loved it since the moment I landed here,” says Feldmann. “Salem is unique because it’s one of the very few places in the world that embraces and celebrates the figure of the witch. We’ve got witches on our police cars, our newspapers, even the local high school mascot is The Witches.”

While the witch-related stuff is certainly part of the magic (winky face), Salem is also quite walkable and located right on the ocean—perfect for a New England-y weekend getaway. Below, Feldmann shares her favorite things to do as a local in the infamous Salem, Massachusetts. 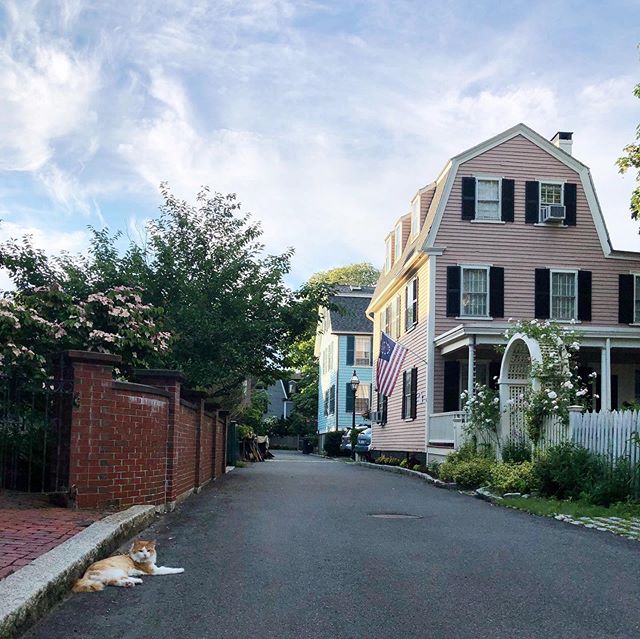 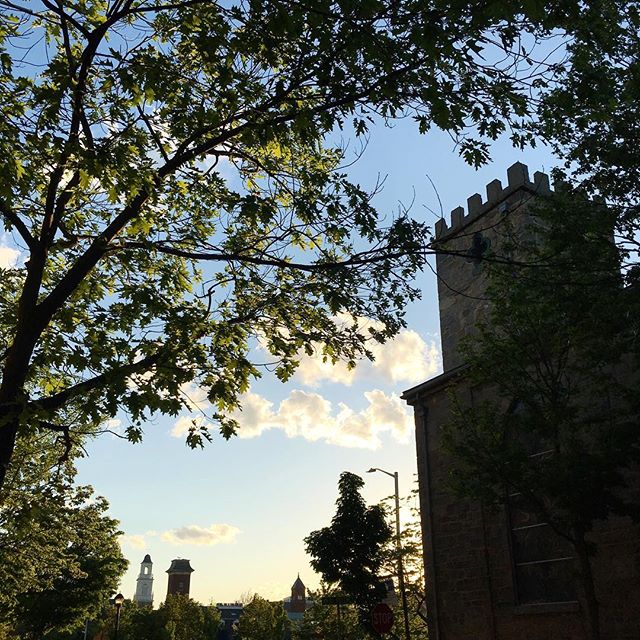 Front Street Coffeehouse! We have a bunch of awesome indie coffee shops here but the iced Americanos from Front Street are my favorite. Front Street itself is also super cute with cobblestone streets and our Old Town Hall.

Ugly Mug Diner, 100%. I order the “This Aint No Chicken and Waffles,” which is duck confit and candied pecans on a waffle with streusel butter. Need I say more? It’s always really busy on weekends so be prepared for a bit of a wait! It’s only a few doors down from my shop so you can come visit to pass the time!

After breakfast I love to browse at Witch City Consignment, a big thrift store right downtown that has all kinds of furniture and bric-a-brac. They also donate a portion of sales to a local animal shelter so you can feel even better about the hidden treasures you can find there. 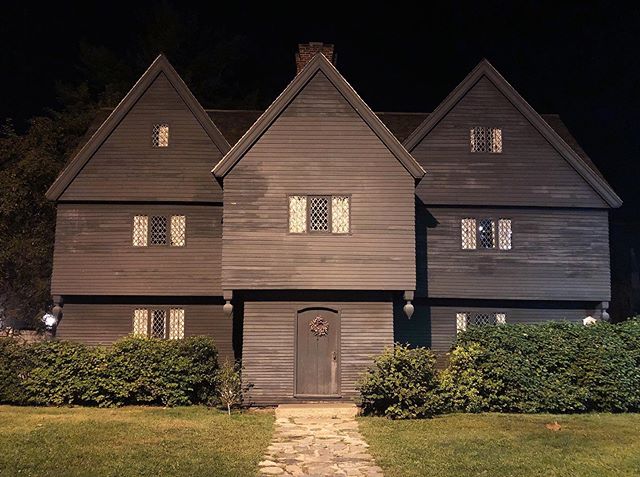 The Witch House in Salem, Massacusetts, is the only building historically tied to the Witch Trials. Photo via @hauswitch.

The Witch House and the Salem Witch Museum and everything in between. The Witch House is the only building historically tied to the Witch Trials (it was one of the judge’s houses). It’s now a museum and they have recreated it to be like it was in the 17th century. Half a block away is the Ropes Mansion (featured in the movie Hocus Pocus) which has the most beautiful public garden in the back.

Then, head down the pedestrian mall on Essex Street, which is the main tourist drag. Even if that’s not your thing, it’s worth seeing and only takes about 5-10 minutes to walk. At the end of the road is the Witch Museum, which I would say is the tourist mecca here. It looks like a spooky castle and has a life size animatronic reenactment of the Witch Trials that no trip to Salem would be complete without experiencing. 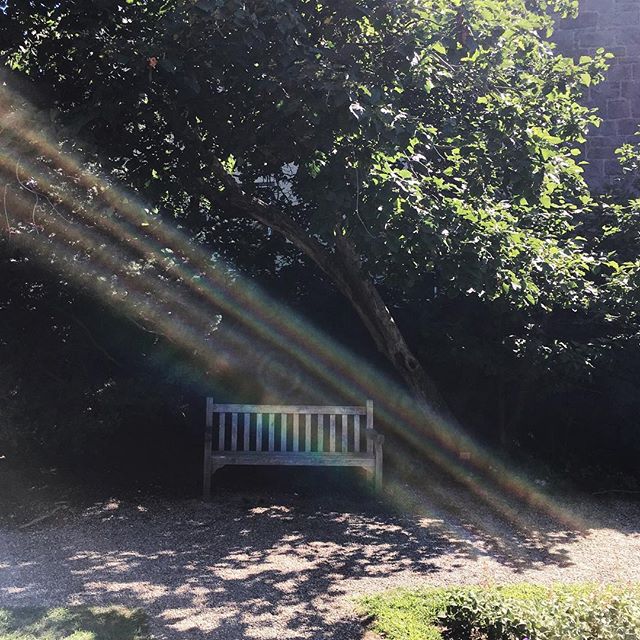 Sunbeams at the otherwise ominous Ropes Mansion in Salem, Massachusetts. Photo via @hauswitch.

Walking around the McIntyre Historical District and seeing all the old houses and cobblestone sidewalks is still one of my favorite things to do and I’ve lived here for almost 10 years, in the historical district no less! The Peabody Essex Museum is also an incredible world-class museum that’s right on the main drag.

Gulu-Gulu Café has great vibes, great coffee, a huge beer list, and great snacks. It’s always been one of my favorite spots in Salem for the environment alone. 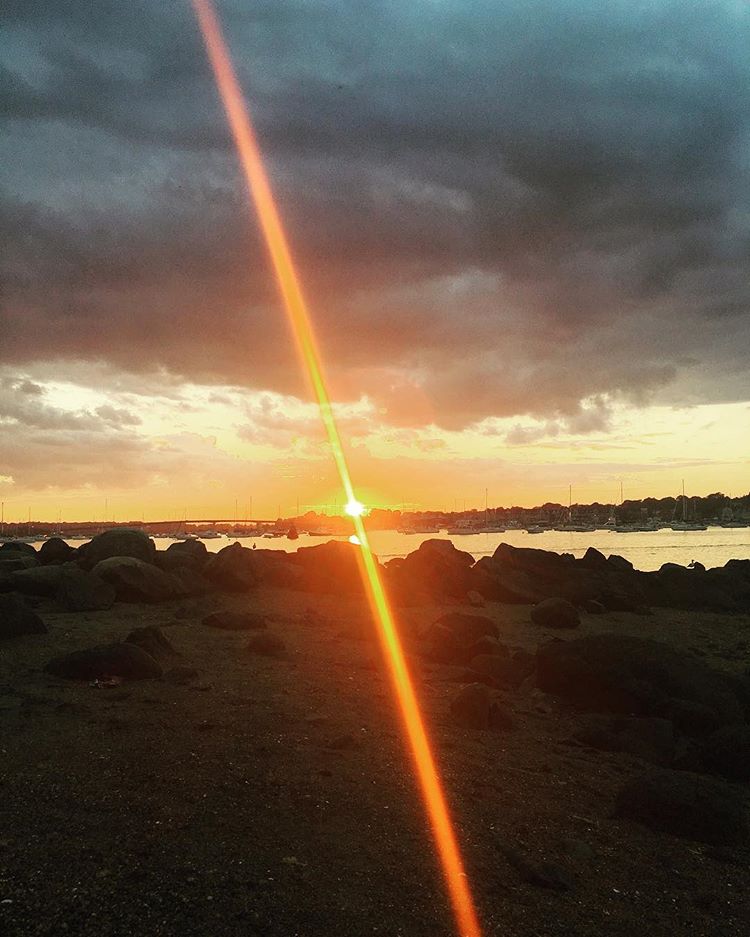 Sunset at Salem Willows—non-residents often forget this is a seaside town. Photo via @hauswitch.

Ledger is a new-ish restaurant in a renovated old bank. They really do a great job of honoring the building’s history while keeping a contemporary feel. Get the popovers to start (the Sunday brunch is also incredible).

Opus has the best cocktails and the food menu has a wide variety of options. Everything from tacos to sushi to burgers. They also have a basement event space called Opus Underground that hosts concerts, dance parties, and all kinds of performance art. 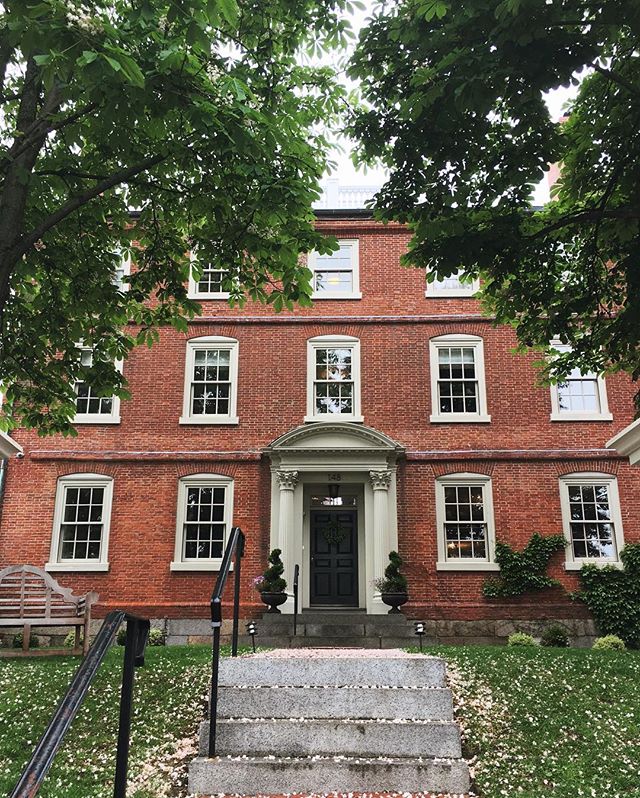 The Manchester Hotel is in what's considered the most haunted building in Salem—but their attention to detail makes it one of the coziest. Photo via @hauswitch.

Where to stay in Salem:

Depending on your budget I would suggest an Airbnb in the historic district, The Hotel Salem, or the Merchant Hotel. The latter are boutique hotels that have just opened up in the last couple years. The Merchant is a little spend-y, but totally one-of-a-kind, and the Hotel Salem, which is a little more accessible, has its own restaurant and bar called Counter. All three are right downtown. 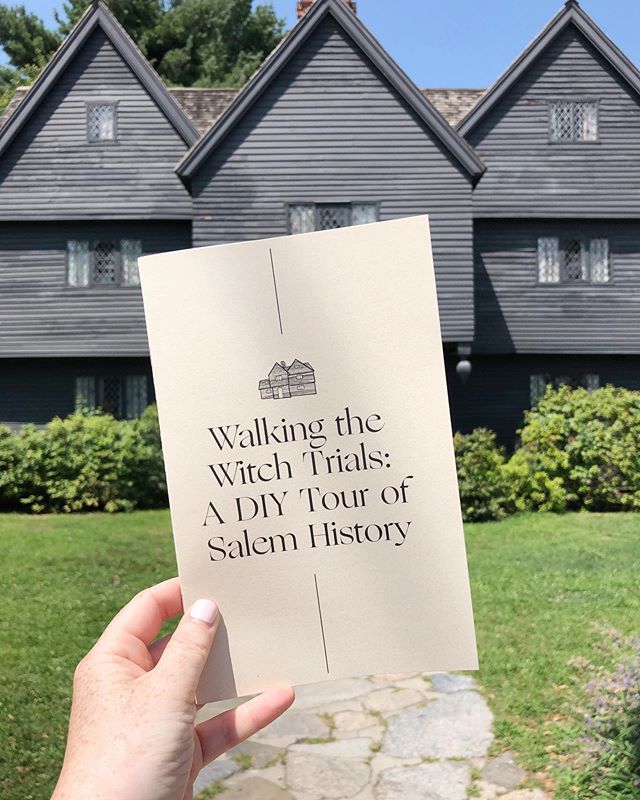 What to read before visiting Salem:

Brunonia Barry’s The Lace Reader is one of my favorites. It’s not about the trials, but Salem features heavily in the plot!

I think people feel a little lost once they get here because downtown is very touristy, but the actual sites are pretty scattered. We created a zine called Walking the Witch Trials: A DIY Tour of Salem History with a little map and some witch-trials related points of interest for people who may not have enough time, money or wherewithal for a full walking tour. So many people would come to my shop and say, “So what should I see now that I’m here?” so this was our answer to that question. 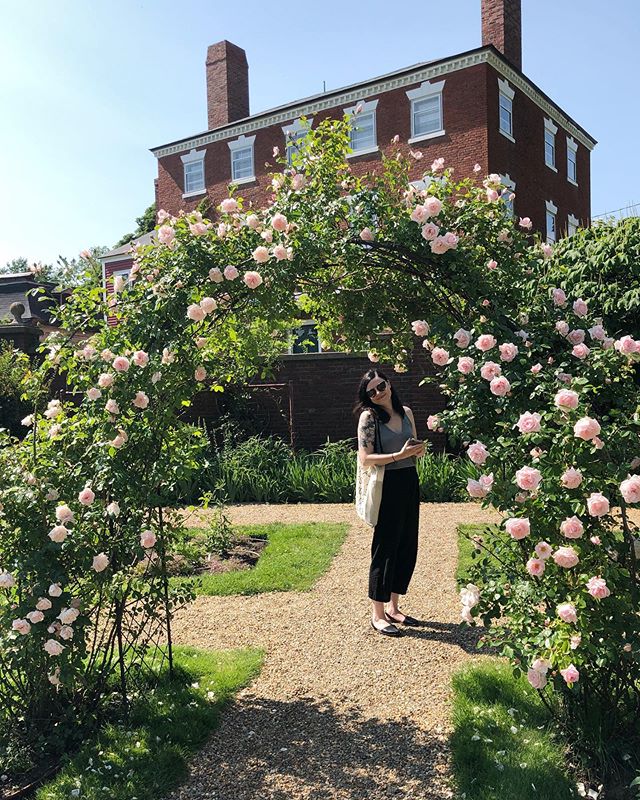 What to know before visiting Salem:

Visitors who come Nov-March should make sure the things they plan on doing are open because a lot of things close down that time of year. I think the ideal time to come is actually late May-August. We have beautiful trees and gardens that are all in full bloom by then and of course the weather is more temperate than in the winter months. If you’re a big fan of Halloween then come in October, but be warned, it’s pretty crazy here the whole month. Especially on weekends. Be prepared for long lines, crowded streets, and tough parking.

A big misconception people have about Salem is that actual witches were burned at the stake here. None of the victims of the trials participated in witchcraft practices and were mostly poor and marginalized women that were persecuted because they could be easily victimized. None of them were actually burned. Witches are highly commercialized here now, but I think it’s important for people to know the facts!