New York is so much more than just “The City.” We headed upstate to Roscoe, New York for an outdoorsy getaway and leapt through time to the 1970s.

Two hours northwest of New York City, in a small town called Roscoe, Rachael Yaeger’s phone is ringing off the hook. There’s a simple, albeit unusual, explanation: Yaeger is the new co-owner of a roadside motel, and her cell has become something of a mobile reception desk, allowing her to respond to inquiries on-the-go. Often, though, she has to deliver bad news: the motel is booked out again, and her would-be customers are out of luck. But this is a good problem to have, especially for someone who purchased her motel in the middle of a global pandemic. 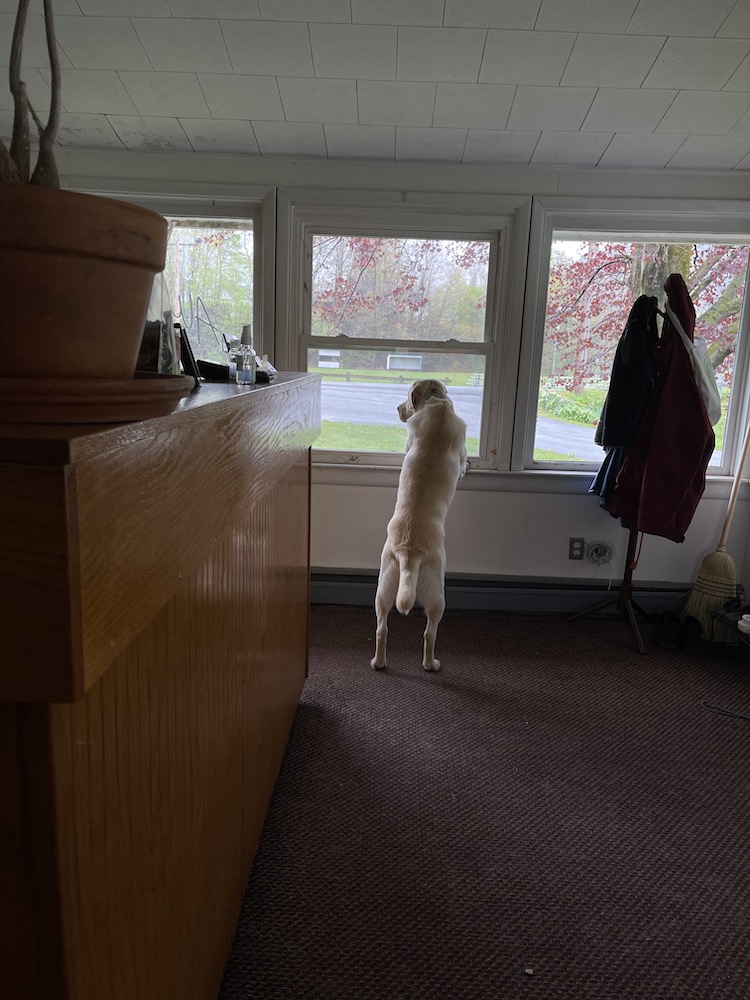 Chuck, the unofficial mascot of Roscoe Motel, is a favorite among guests for his world-class customer service (in exchange for lots of head pats). Photo courtesy of Kyle Ferino.

Nestled between Beaver Kill River and Old Route 17, Roscoe Motel is less of a destination for millennials than for fly fishers, who can book a room here mere feet from the water’s edge (Roscoe’s slogan is, fittingly, “Trout Town USA”). Yaeger lives in the 5-bedroom house on the property, and from her porch she has a perfect view of all 16 rooms, a grassy lawn, and a swimming pool turned vegetable garden, the latter of which she hopes to one day resuscitate. Every building is red with white trim, like an old barn or one-room schoolhouse. And each room pulls you back in time, to somewhere around 1974: red carpeting; wood paneled walls; a heavily patterned duvet. It feels more home than hotel.

“Our mantra is simple, clean, affordable,” Yaeger says. “People are just happy to see a friendly face when they come up the driveway. They’re not looking for amenities; nine out of 10 customers don’t even ask what the internet password is. It’s really nice. And they’re all outdoor enthusiasts. They’re really just here for nature.” 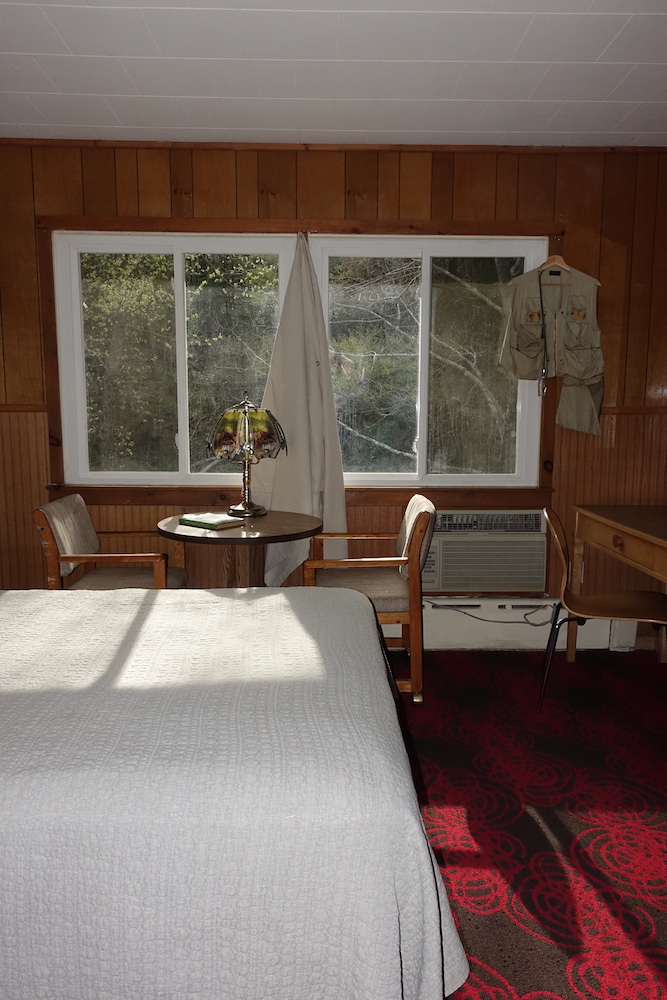 Step back in time to the 1970s with Roscoe Motel's nostalgic, retro decor. Photo courtesy of Kyle Ferino. 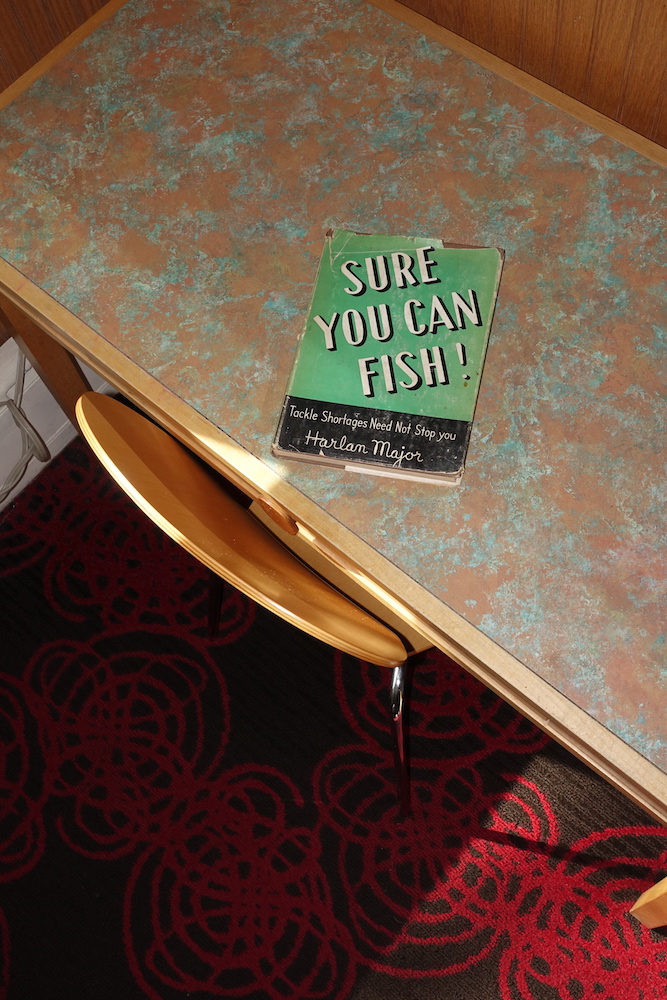 Staying true to the vintage vibes, Yaeger wants to ensure that guests who've been frequenting the hotel for over 20 years continue to feel at home. Photo courtesy of Kyle Ferino.

There’s more than enough work to be done at Roscoe to make this a full-time job, but this is not Yaeger’s only endeavor. She’s also spent the last eight years building her design agency, Human, alongside her business partner Michael Burton Ray. Last summer, when Yaeger made her move to Roscoe permanent, she bought a white Volvo station wagon on Craigslist, a dog (Chuck, the unofficial mascot of the motel), and, together, they let go of their office in Chinatown to reinvest the money in the motel.

But the updates that Yaeger made when she moved in—new linens, new pillows, lots of elbow grease—didn’t notably alter the look and feel of the motel. In sharp contrast to some other boutique operations upstate, it’s not obvious on the surface that a design agency owns the place, especially since she doesn’t plan on building a new website, or giving it any sort of millennial “rebrand.” That’s exactly the way Yaeger wants it.

“I consider myself to be like an anti-agency agency, and with this motel endeavor, it’s almost like an anti-boutique hotel. We’re not just white-boxing this and adding in some mid-century modern furniture; we’re really getting to know it and just honoring what it is. And I don’t want to alienate anyone. So the people that have been coming here for 20, 30, 40 years and fishing out back and hanging with their families, this is still for them. I would never want to create a place where someone like my mom doesn’t feel comfortable.”

In keeping with that spirit, Yaeger hasn’t increased any of the room prices, and doesn’t plan to (a night at Roscoe costs between $75-95, depending on the room). The house is filled with furniture from her apartment in Bed Stuy, the old Human office, and local shops, like Long Weekend and Taylor + Ace in nearby Livingston Manor. Coworkers and friends visit sporadically, spending a few nights—or months—away from the city and taking meetings from the front porch. It’s a constant flow of people coming in and out. 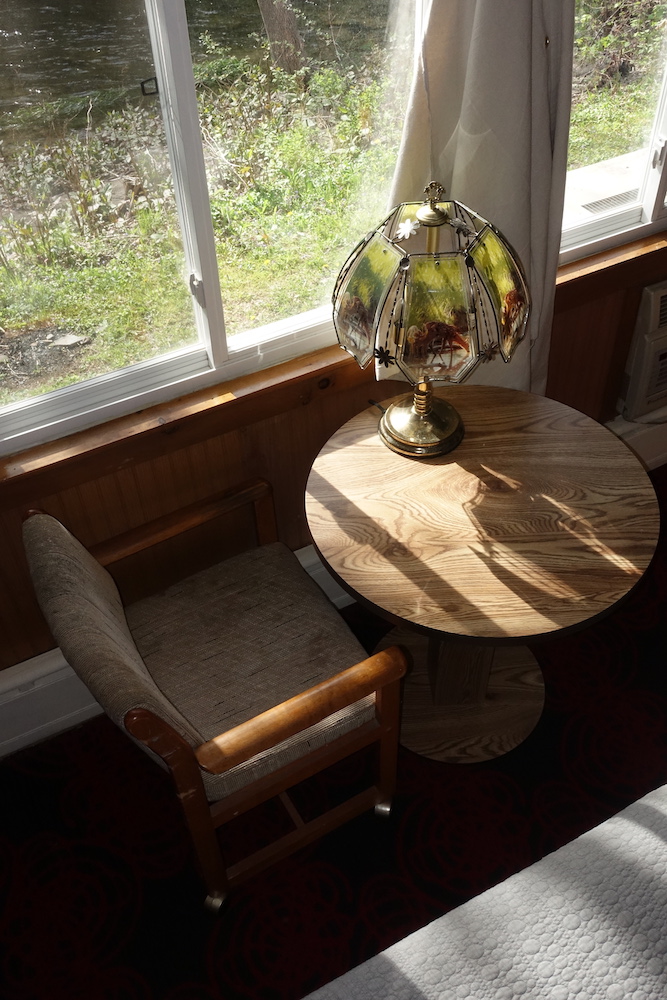 Down to the details, the rooms at Roscoe Motel are effortlessly designed to teleport you to a simpler time. Photo courtesy of Kyle Ferino. 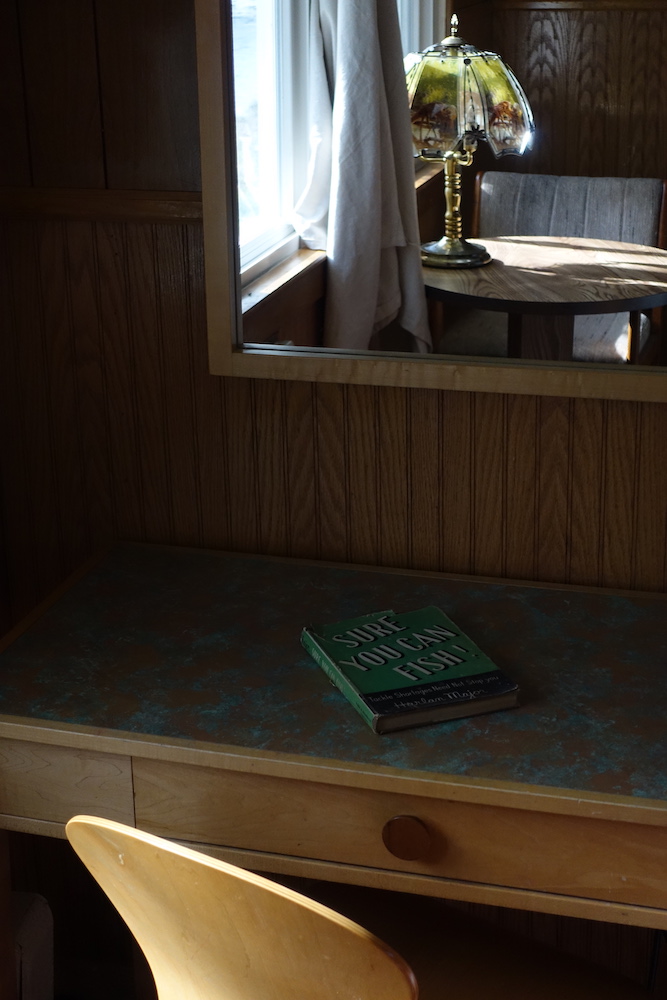 No frills, bells or whistles here. "It's almost like an anti-boutique hotel," Yaeger says. Photo courtesy of Kyle Ferino.

“We decided our design brief for the reception would be like a ‘70s European internet cafe, very work-friendly,” Yaeger says. “Our old conference table is now our dining room table, which has so much sentimental value for me because I built the company for eight years with my team at this table. And so now, instead of paying for Airbnbs or taking the team on camping trips, we can all just gather upstate.”

Yaeger has deep roots in both upstate New York and the hospitality industry. Born and raised in the Adirondack Mountains region, she grew up listening to “glory stories” from both her parents and grandparents about owning motels: a bar lacquered with photos of guests; a “rockin’” New Year’s Eve party; canoe dates on the lake. In some ways, it was only a matter of time before she followed in their footsteps. And though she’s an extrovert at heart, one of the greatest gifts of being largely alone upstate is how much she has enjoyed the solitude.

“I used to think, Oh, I need that energy. I need that buzz. I need that connectivity. I need that network. I need all of that. But now I’m kind of thriving off of the space and quiet. I can really listen to myself up here, which maybe I was avoiding a little bit in the city because in the city it’s so easy to be distracted. Whereas up here it’s like, this is just fully you. You gotta figure it all out. There’s a peacefulness that comes with that.”

And if leaving New York City feels like a permanent, drastic decision to some, Yaeger doesn’t subscribe to that narrative. “The duality of balancing the tangible physicality of hustling and cleaning rooms with using so much of my brain and experience to build websites and communicate with clients is really nice,” she says. “This move has just afforded me so much. It’s made my life really rich. And I’m not so binary about it, like, Oh, I’ve left the city for good. It’s more like, The city is just two hours away. I’m just not there right now. If the city opens up and I want to meet with clients or friends, you know, it’s right there.”