A Guide to Rome for the Young at Heart

“I hadn’t felt such travel-induced euphoria since I quit my post-college job to join my future husband in Paris,” Ceil Miller-Bouchet thought, transferring from one flight to the next to join her daughter, Annie, in Rome, the beloved city where many years ago she’d studied abroad herself.

Back then, while perfecting the art of making espresso and finding her own place amongst Rome’s cobblestone streets, she could not have known that the city would later become a family heirloom.

Following in her mother’s footsteps, Annie also spent a semester of her junior year in Rome, at the end of which the two reunited for their own Roman holiday. Though the experience was something they both shared, she wanted Annie to create meaning of her own. Relinquishing control of the itinerary to her daughter, Miller-Bouchet allowed the city to pass between generations just like so many of its family-owned restaurants and cafes.

For Here’s ninth issue, Miller-Bouchet reflected on the many Romes she knows: The one that belongs to her, one that belongs to Annie, and a third that the two of them built together. Here, find a list of the coffee shops, drinking holes, and pasta havens where she and her daughter connected over their love for the Eternal City. 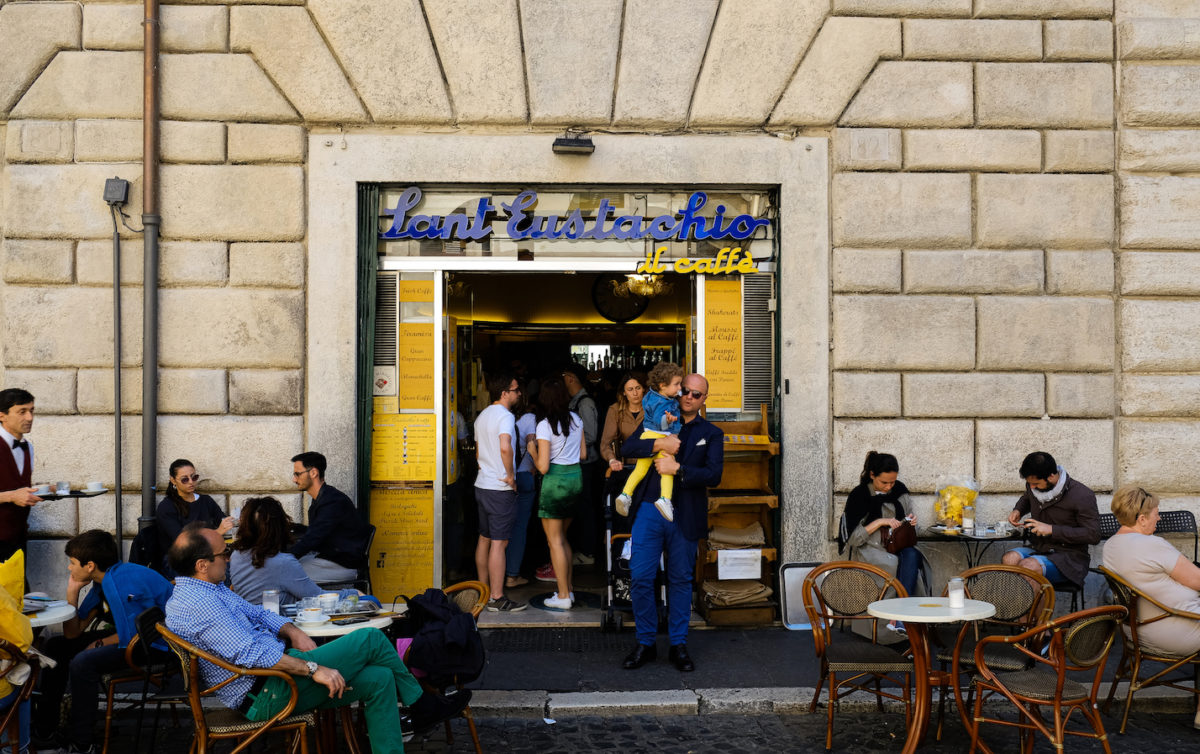 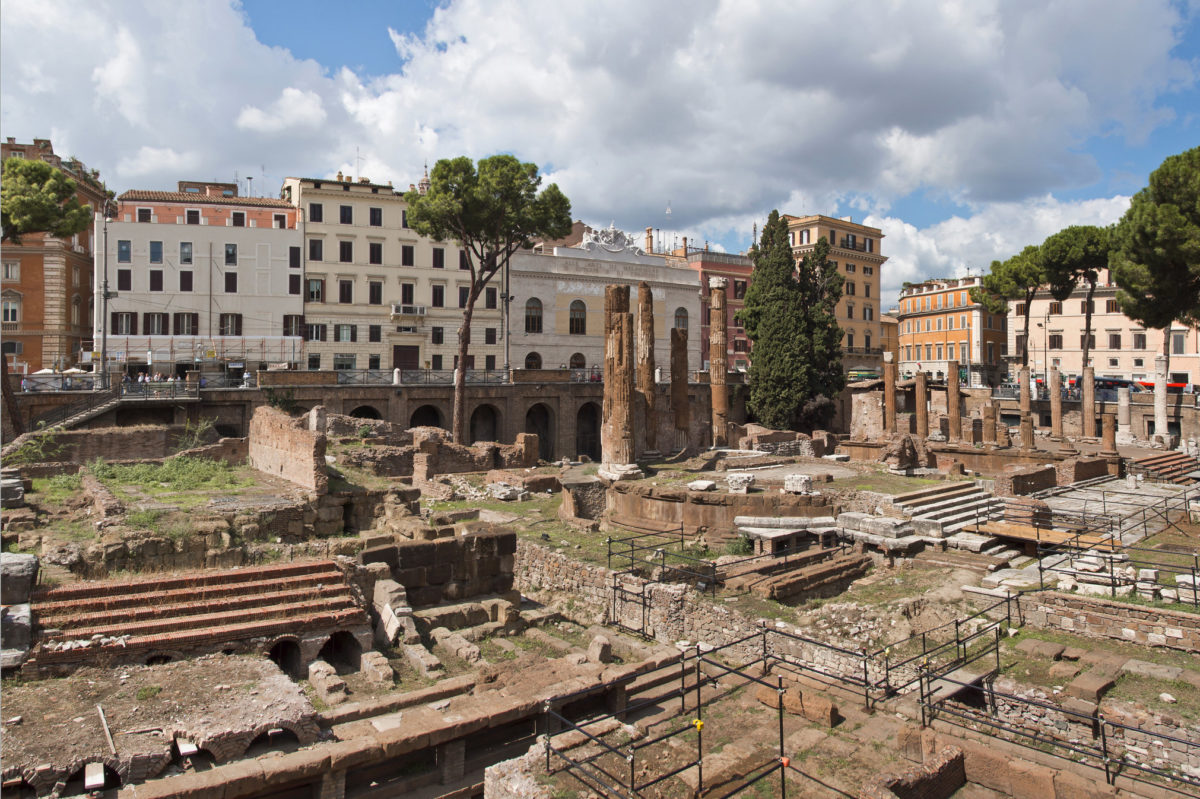 Hidden beneath the ruins of Largo di Torre Argentina, play with dozens of cats at one of Rome's protected cat sanctuaries.

The cappuccino is a staple of the Italian lifestyle. Nestled amongst a block of pastel-shaded buildings, Caffè Sant’Eustachio channels 1950s Rome with a menu full of old black and white photos that proves not much has changed since that decade. The cafe carries its own house-roasted coffee and selection of pastries. Enjoy Miller-Bouchet’s pick, a cherry crostata, along with that necessary cappuccino (so long as you do so before 11 a.m.—in Italy, it’s considered unfashionable to drink them after breakfast time).

Hidden beneath the Largo di Torre Argentina—the same site where Julius Caesar was famously stabbed to death—find the meeting place of some of the most revered and respected Romans in the city: its population of stray cats. Protected since ancient times, the creatures are considered sacred symbols of liberty (and excellent exterminators). Feed, play with, and adopt new furry friends here or at other shelters around town, including at the Campo del Verano Cemetery and Pyramide-Testaccio Cemetery.

Found in the Centro Storico, here is where you’ll find the Rome of your dreams: red-checked tablecloths, handwritten menus, and welcoming waiters who’ve worked there for decades. Order the go-to, spaghetti al’ limone; try the polenta sausage and spare ribs (paired with a glass of Syrah); or visit on Thursdays for their specialty plate: fresh, homemade gnocchi. 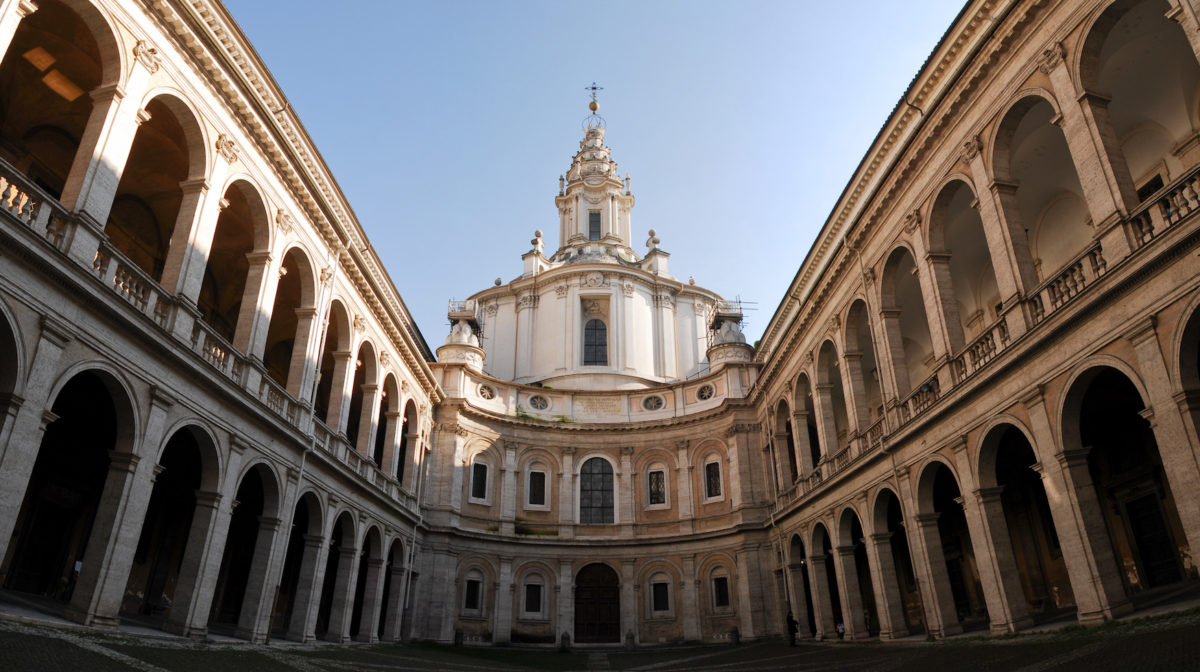 The courtyard of Sant'Ivo alla Sapienza Church in Piazza Navona. 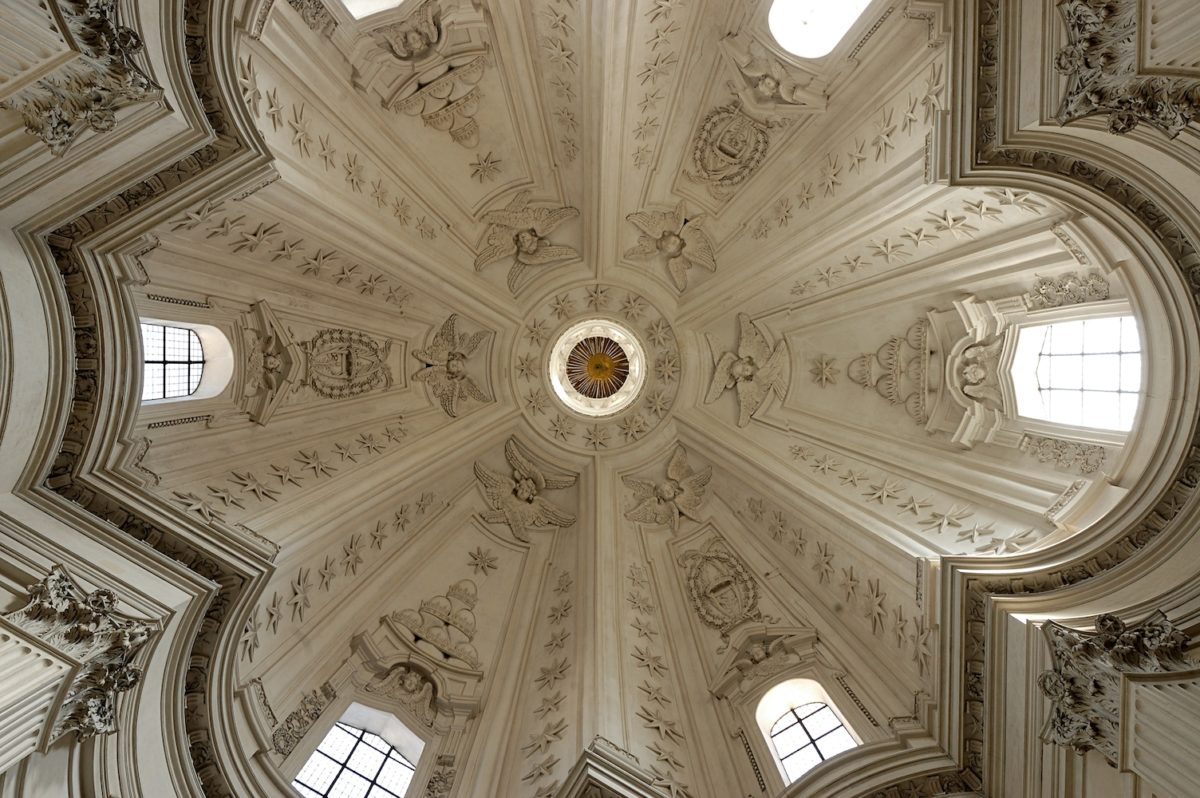 The intricate ceilings of the church, constructed in the 17th century. 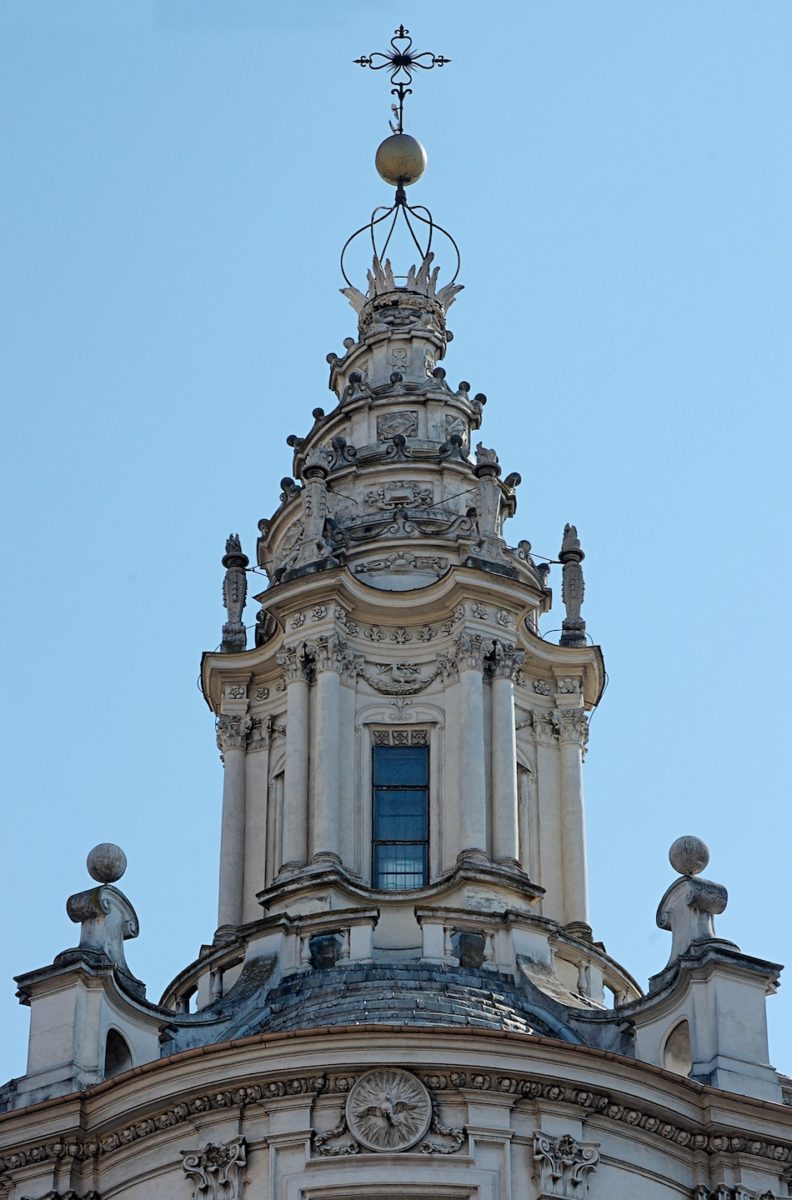 The chapel was designed by famed architect Francesco Borromini.

A former mechanic’s shop-turned-bar in the popular Trastevere neighborhood. With its terrace overlooking the Tiber River, the place is vintage with an edge; baroque chandeliers decorate the ceiling and leather-vested bartenders serve drinks inspired by the characters in the menu, which resembles a graphic novel. Visit in January, and you may not recognize the place on a return in June; the bar’s theme and entire menu change every six months.

An under-touristed location in the ever-crowded Eternal City. The 17th century baroque Roman Catholic Church stands out even amongst Rome’s seemingly endless list of stunning locations. Designed by the famed Francesco Borromini, the chapel is a must-see for architecture nerds—or for those who want to see a Roman treasure often overlooked by Colosseum-chasers and Trevi Fountain fans.

Open since 1946, Da Olindo is another classic Roman spot, a bare-bones, old-school osteria in Trastevere where the nonna greets you from the kitchen when you walk in. Enjoy an Italian meal for the ages: steamed artichokes alla Romana followed by piles of spaghetti al cacio e pepe, all washed down with a carafe of cheap, drinkable local wine.

A college student favorite, come here to dig into homemade paninis and drink from scores of artisanal bottled beers (nearly 120 options await). Found in a small doorway in the posh heart of the city’s Centro Storico, the hole-in-the-wall boutique café carries a selection of high-quality Italian and Spanish specialties, including Iberico and Serrano ham, venison and wild boar salami, goose ham, and dozens of local cheeses.