Most people know Coney Island as the go-to NYC beach destination, and that notion has merit—Coney Island’s kooky charm, shaky roller coasters, and saturated fatty foods draw an estimated 5 million people to its shores each year (in non-pandemic times).

But as a 12-year city resident and Official New Yorker™ I’ve long been drawn to the homier vibes of The Rockaways—a largely residential conglomerate of small neighborhoods on a 10-mile peninsula jutting out southeast Queens just past JFK airport. 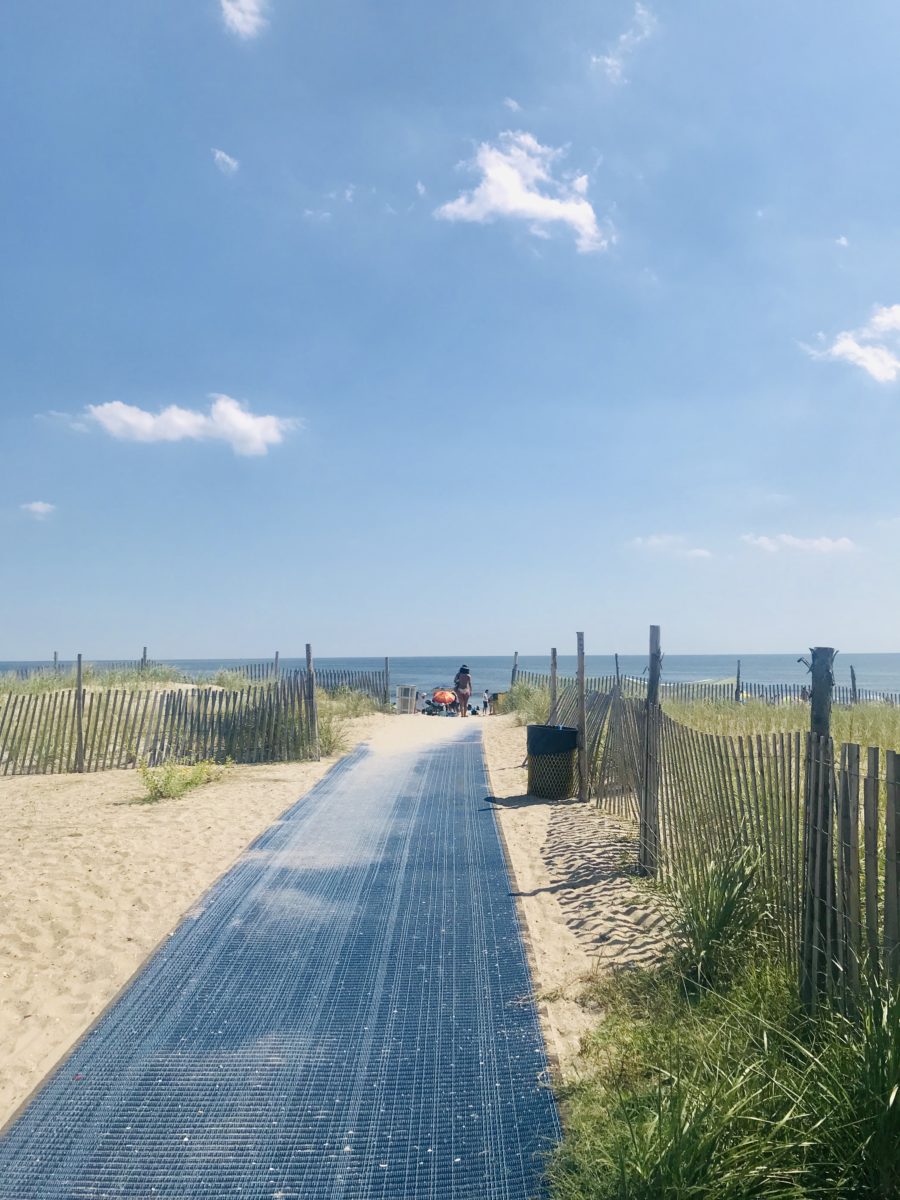 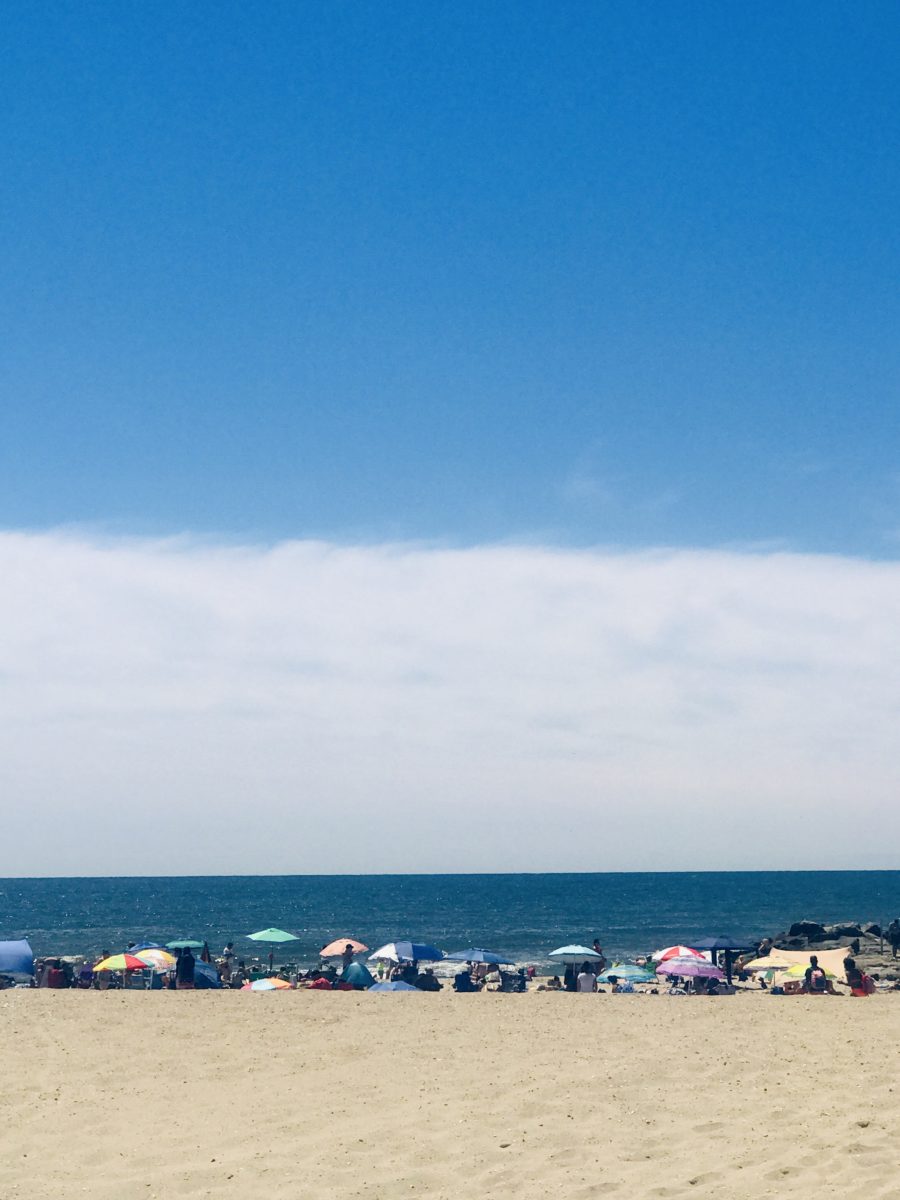 Reasonably priced beach umbrellas and chairs can be purchased at convenience stores along Rockaway Beach Blvd, just off the subway. 2016.

Not that this seaside area didn’t have its own glitzy day in the sun. At the turn of the 20th century, Rockaway Beach was home to Rockaway Playland, an amusement park with an Olympic swimming pool that made Coney Island look like a kiddie park. Unfortunately, the Rockaways fell victim to poor urban development planning that led to the area’s steep economic decline. Hotels and businesses closed, the amusement park was razed, and public housing projects built after WWII weren’t given the proper support or funding to allow the community to thrive.

But the Rockaways have, at least in some ways, come out the other side. Though urban renewal programs that began in the early 2000s were almost completely devastated by Hurricane Sandy in 2012, the Rockaway Boardwalk and other reconstruction efforts have launched the neighborhood into a new era—one that attracts city day trippers by the hundreds with locally-owned restaurants, bars, and public transport-accessible beaches, as opposed to rollercoasters and oddity shows. The neighborhood is also home to a humble-but-reliable surfing community that contributes to its low-key, city beach ambiance.

You can usually catch me sipping a michelada at Ripper’s off Beach 84th Street just about every other weekend in the summer, but I’ve been reticent to venture out to potentially crowded public beaches in the middle of a pandemic—that is, until two weeks from now, when I’ve planned to make my grand return while adhering to stringent social distancing guidelines. Raise a glass to my face mask tan—here’s everything I plan to do. 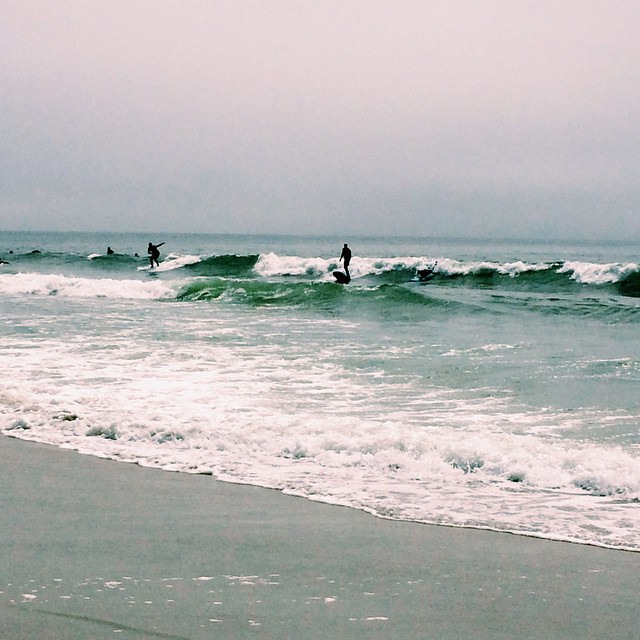 By Land and By Sea

There are two ways to get to the Rockaways from Manhattan—by the A train, which scuttles through some scenic natural wildlife reserves and boating communities before screeching to a halt somewhere along Rockaway Freeway, or by NYC Ferry, which serves cold brew and sauvignon blanc on tap and has the added benefit of open air seating on the upper deck.

Though most people prefer an easy day trip out to the Rockaways, snagging a (surprisingly perfect) frozen pina colada from Connolly’s for the evening ride back to the city, I’ve been slowly perfecting the art of the Rockaway extended stay. I’ve hauled my weekend duffle to some cozy houseboats and a chic mid century bungalow available on AirBnb, but I’m going slightly more professional this time with a 2-night stay at The High Tide, a hotel with contactless check-in that opened its doors in 2018 at the epicenter of Rockaway attractions while upholding the surrounding area’s unpretentious aesthetic. I can’t wait to wake up to the ocean view. 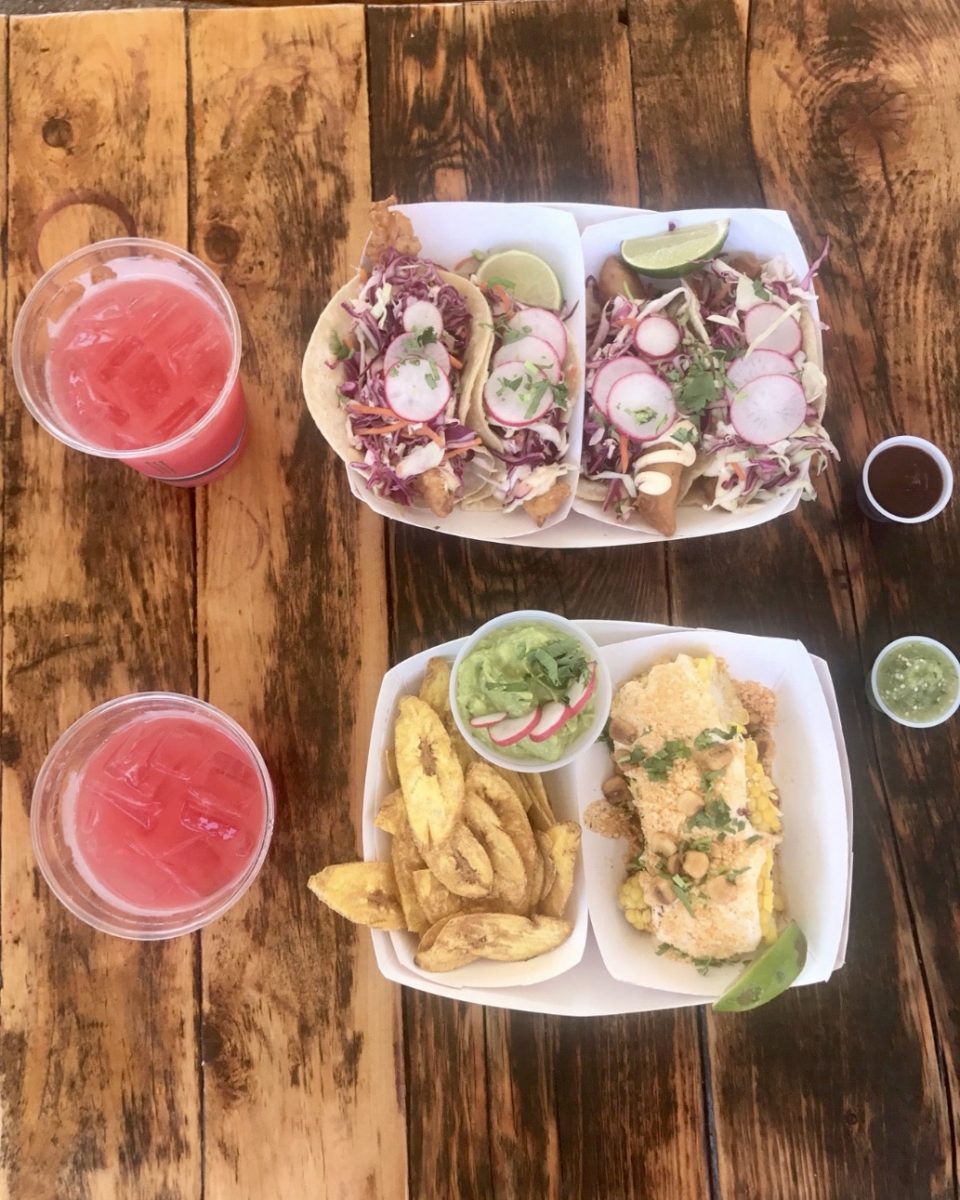 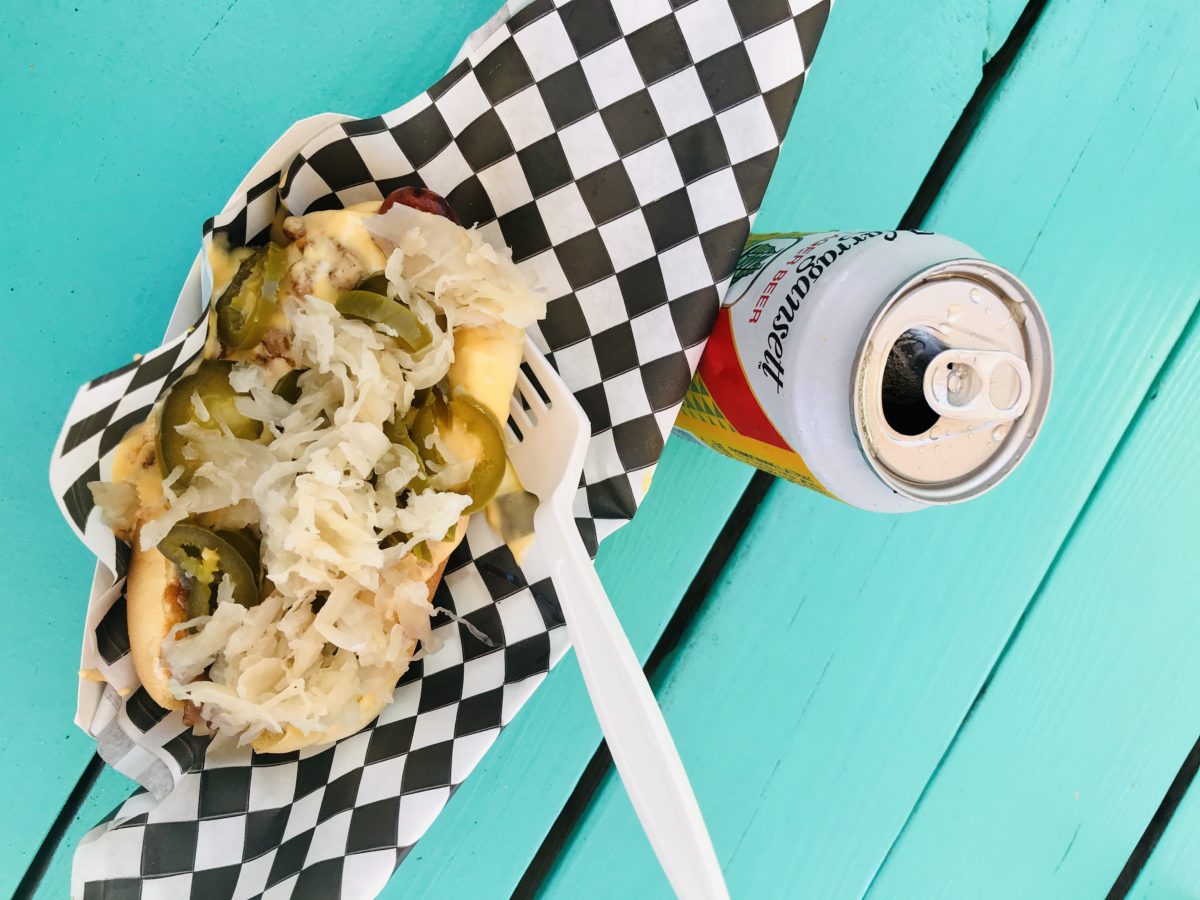 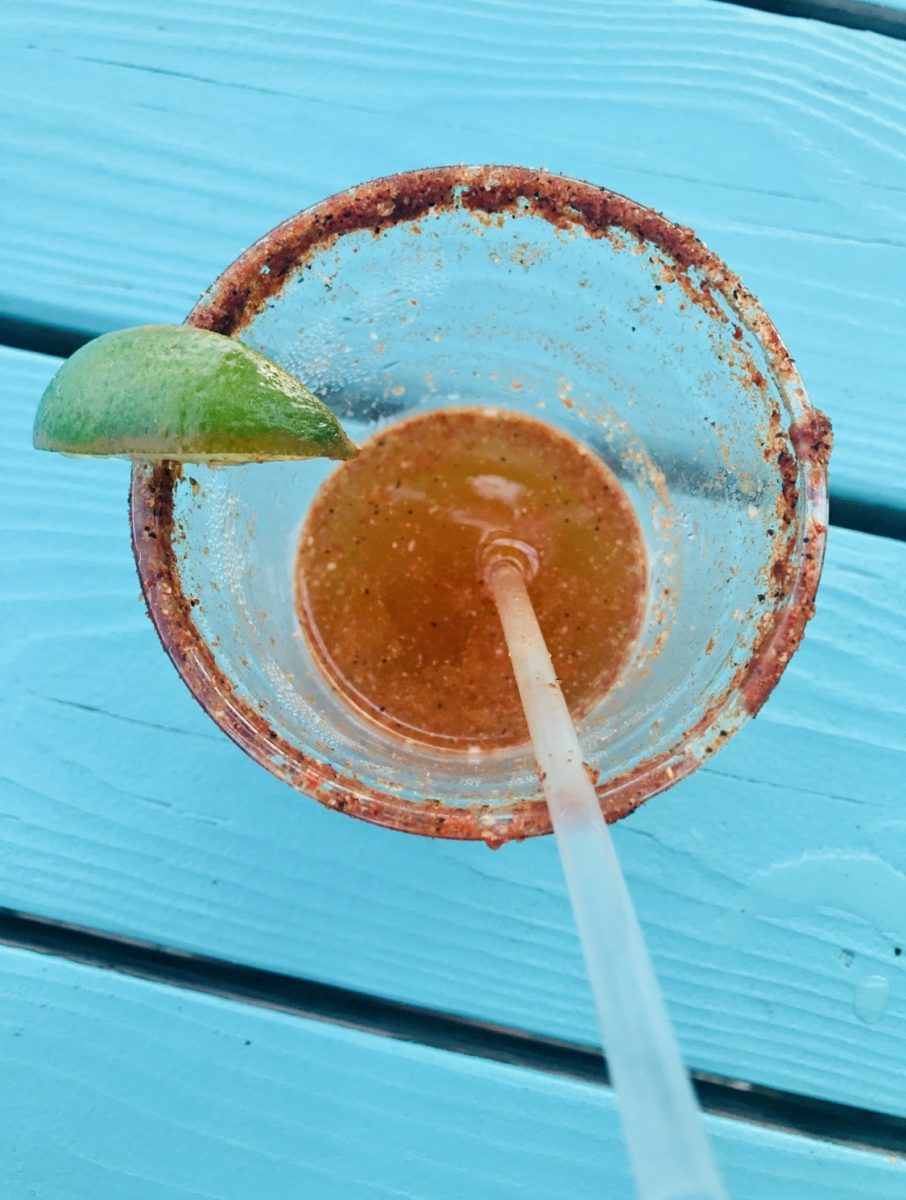 The Rockaways Are For Food Lovers

Scattered across a few dozen city blocks lies a surprisingly diverse array of local culinary gems and drinking establishments. It’s worth noting that as a 38.5% majority-Black neighborhood, three noteworthy eateries include the Black-owned Goody’s BBQ Chicken & Ribs for delicious versions of its namesake menu items; and Last Dragon Pizza, which has the added benefit of being pick-up only, so you can enjoy your inventive pies beachside or wherever you find yourself hankering for crunchy crust with fusion toppings; as well as Bernadette’s which boasts the best chicken and waffles in the city (though their menu specials rarely disappoint). Bernadette’s is also hosting a Summer House down the road from their original location with ice cream, sweet treats, drinks, and music perfect for outdoor summer vibes.

If you get thirsty, Rockaway Brewing Co. offers a range of locally-brewed beers with a food stand serving pizza and other bar bites. Ripper’s, right on the beach, offers smash burgers and hot dogs, chili-cheese fries, and more (not to mention my favorite michelada in the city). For wine lovers, Sayra’s Wine Bar has a great selection and an adorable backyard patio. 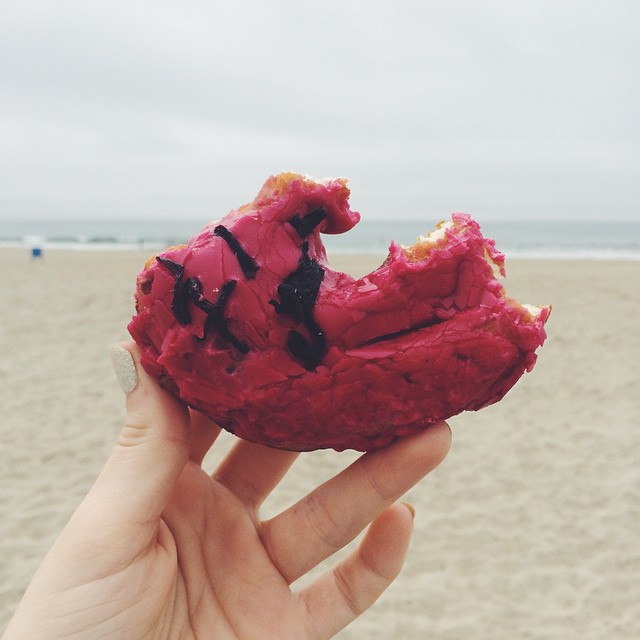 Surf’s Up and Then Some

I recommend getting up early enough to watch a tranquil view of Rockaway surfers in the morning—grab some coffee and a donut from Rockaway Roasters first. Since June, the Black Surfing Association has hosted rideouts for Black Lives Matter on certain Saturdays, which would be an extra special event to witness. Check their Instagram for upcoming dates.

The Rockaways are the perfect destination for city people who like to chill in theory, but still need stimulation close by, just in case any unsolicited existential angst arises. If you get tired of lying on the beach, getting sweaty, dipping in the cool water, and repeating that cycle over and over until it’s time to eat again, there are a few other options for extended vacationers.

For one, the Rockaway Community Park is a beautiful wildlife reserve to explore and offers gorgeous, distant views of the Manhattan skyline. You can also rent jet skis from Thai Rock on the Queens-facing side of the island, though be prepared to spend a pretty penny. Sunset views from both of these spots are pretty spectacular. You can also check in with the Rockaway Artists Alliance for news on the latest exhibitions and public installations across the island. Currently, Nancy Baker Cahill’s Liberty Bell is on view, using augmented reality and animation—you can find it near the Rockaway Ferry Landing at Beach 108th Street.