On route to Darjeeling. Photo by Claire Kelly.
IndexPoonam Binayak

Road trips in West Bengal can lead you to more places than Kolkata or Darjeeling.

From extensive stretches of tea plantations and dense forests to balmy beaches and mighty Himalayas, West Bengal, in the eastern part of India, is a land of diverse natural beauty. It’s also rich in history and culture. It’s capital, Kolkata, was once the capital of India under the British Raj. It has witnessed the rise and fall of dynasties, survived colonial rule of the Portuguese, British, French, and many others; it has seen the Independence Movement and political wars, and served as a center for intellectual and artistic movements.

The beginner’s guide to planning a road trip→

While the cosmopolitan Kolkata, tea-producing hill station of Darjeeling, and the mangrove forests of Sundarbans get the lion’s share of domestic and international tourists in West Bengal, there are many places within state lines that are equally as fascinating and don’t get the attention they deserve.

Here are some underrated places in West Bengal, India, that have plenty of local character, culture, and history to offer—without the crowds. 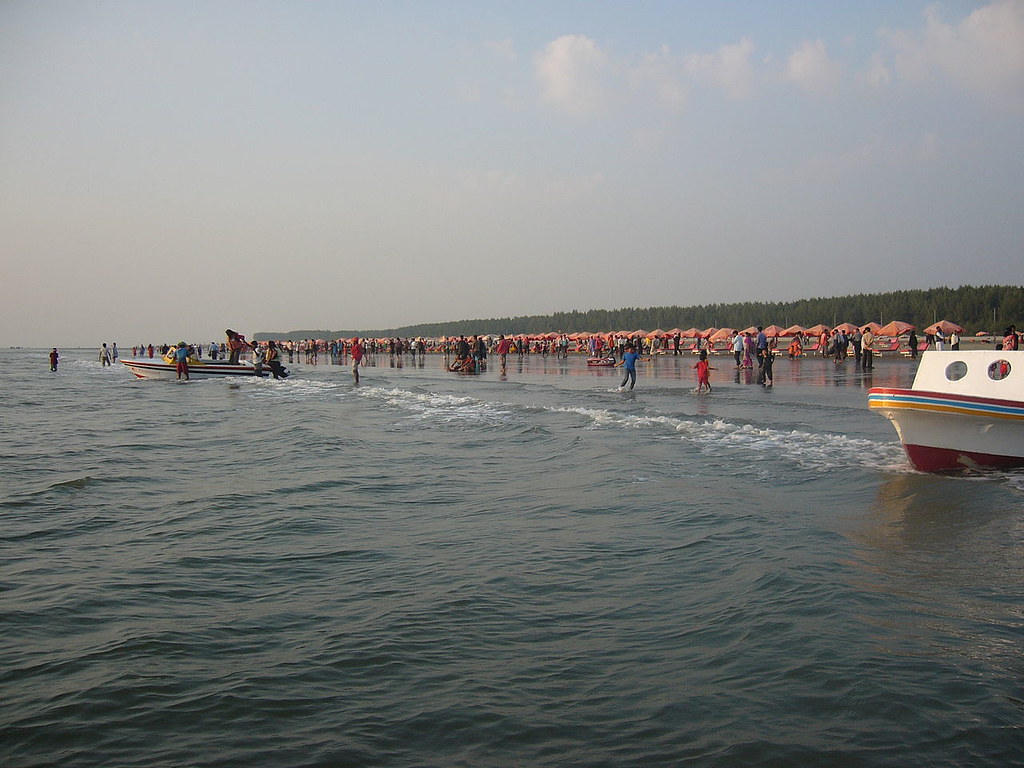 The fresh fish market is literally on the water in Bakkhali. Photo by Shahnoor Habib Munmun.

If you’re looking for sun and sand, the tiny hamlet of Bakkhali should be your first stop. Although the distance (78 miles from Kolkata) doesn’t look like much on paper, the roads are a bit congested (more with people than vehicles), thus pushing up the driving time. You’ll want to make an early start.

Once you get there, dump your bags at WBTDC Tourist Lodge Bakkhali and make a beeline for the beach, where you’ll take a leisurely stroll, indulge in a barefoot cricket or football match, and most of all, savor fresh seafood, which vendors on the beach never seem to run out of. Take a brisk, half-hour coastal walk to neighboring Frasergunj, another quiet, white-sand beach, with some windmills and fishing boats. You can also take a boat ride to Jambudwip, an isolated island off the bay, for birdwatching. There’s also the watchtower on Henry Island for some beautiful landscape views. Near watchtower is another beach with no crowds or stalls, just casuarina trees and mangrove forests rife with birds and abundant red crabs that can be seen scuttling along the sand. Look out for whistling ducks, red knot, black-rumped flameback, and streak-throated woodpecker, among others. Finally, watch the incredible pink-purple sunset from the beach. 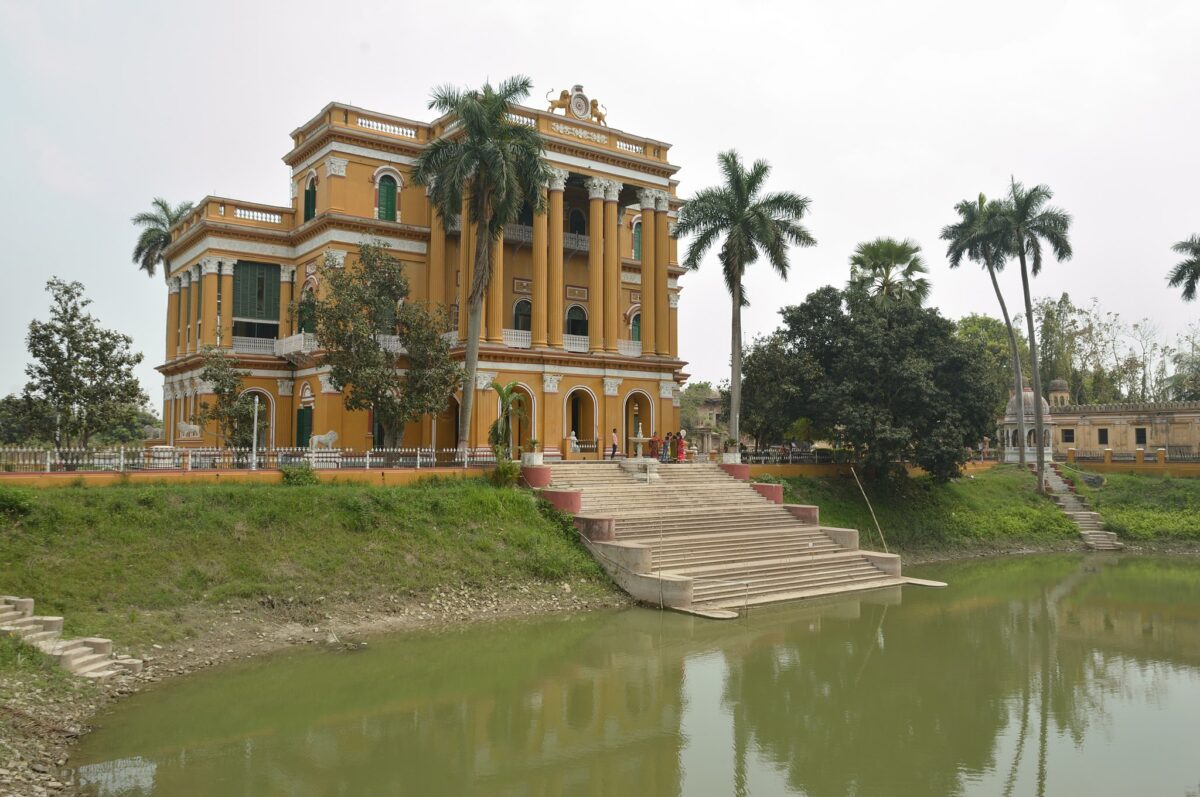 The palace at Kathgola Gardens in Murshidabad, West Bengal. Photo by

For a heady dose of history, choose the former royal capital of the Nawabs of Bengal, the independent rulers of the state prior to colonial rule. Explore monuments such as the horseshoe-shaped Lake Motijhil; the Katra Mosque, which was once a roadside inn and one of the largest of its kind in all of India; and the Greco-Roman style Hazarduari Palace. The palace also houses a museum filled with artifacts, including a large collection of European oil paintings, swords, statues, rare books, and manuscripts.

The nearby Kathgola Gardens & Palace has a Jain temple of the ancient Indian religion, mansions, and a well-kept garden to idle away an afternoon in. After, go shopping for souvenirs from shops lining the Lalbagh district, the beating heart of the city. Make sure to buy Murshidabad’s silk saris, considered to be among the finest saris in India, and don’t leave without trying Nawabi biryani (a rice dish that’s richer and loaded with dryfruits compared to other biryani styles) at one of the many restaurants in the area. There are a handful of budget hotels in Murshidabad, but if you want to experience a regal lifestyle, stay at the 250-year-old Bari Kothi Heritage Hotel or the Indo-European style Cossimbazar Palace of the Roys. 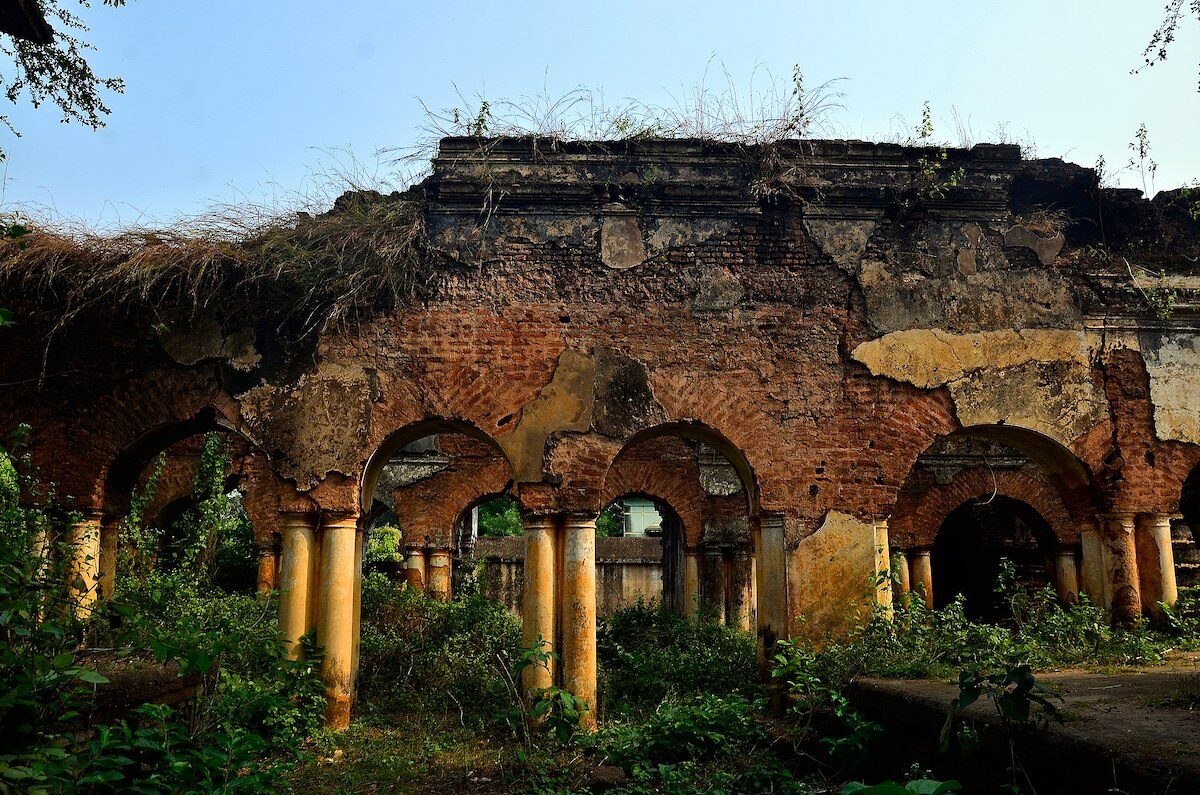 The small town of Chandrakona has restful scenery and a smattering of temples dating back to the 14th-18th centuries. Chief among them are the nine-pinnacled Radha Rasikraya temple, the five-pinnacled Malleswar Shiva temple, and the Radhagobinda temple. These shrines, made from laterite stone and brick, have an unusual blend of Oriya and Bengali architecture. Most of these have terracotta and stucco work depicting scenes from Hindu myths. Although it’s possible to make a day trip out of this, should you decide to spend a night, the Parimal Kanan Eco-Tourism Center is a great option.

The ruins might be captivating for most, but for those who want a little more, drive to Gongoni Danga, referred to as the Grand Canyon of Bengal. Getting to Gongoni (19 miles from Chandrakona) requires driving stretches of dirt road, so fill up the gas tank and bring food and water. Try to visit early in the day or late afternoon to see the canyon bathed in a beautiful golden glow. 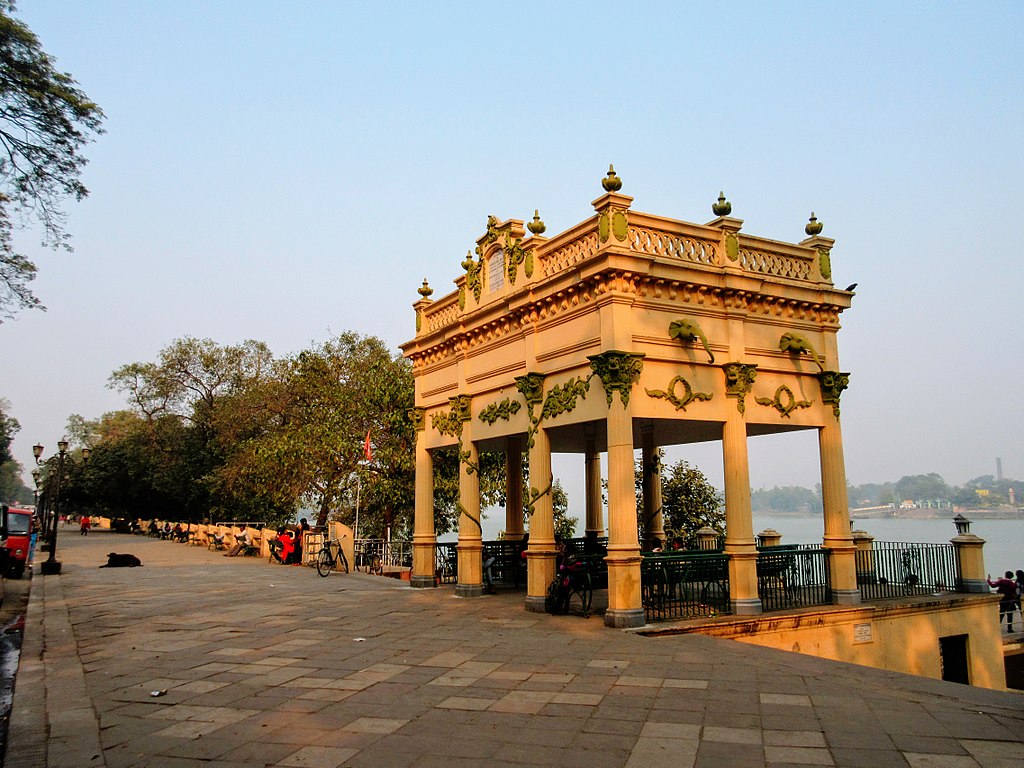 The Strand in Chandannagar, where French-style architecture lingers. Photo via Wikimedia Commons.

For many centuries, West Bengal was subjected to British, Danish, French, and Portugese colonial rule, and you can still see the traces of the colonial past in many places. The towns in the southern part of Bengal, along the Hooghly River, have a high concentration of colonial architecture and are perfect for a mini-tour of India’s many different eras. A walk through the winding streets of Serampore, 19 miles from Kolkata, will reveal many old structures with undertones of typical Danish architecture. The 212-year-old St. Olav’s Church is the most grandiose example. A few steps away from the church, you’ll run into the 234-year old Denmark Tavern—feast on North Indian, Chinese, Bengali, and Danish meals at the restaurant on the ground floor. Other places in the town worth visiting include: the Goswami Rajbari, a mansion with a huge courtyard supported by fluted columns; the neoclassical Serampore College and its William Carey Museum; and the Indo-European style Unique Lodge, a 130-year-old family home full of collectables and oddities.

13-miles upstream from Serampore is Chandannagar, an erstwhile French Colony. Walk along the Strand, a lovely boulevard with the Ganges River on one side and French-era edifices on the other. Take note of the 18th-century Patal-Bari (or “The Underground House,” where the lowest floor is submerged under the river), and the Indo-French Cultural Centre & Museum at Dupleix Palace, where there is an impressive collection of French memorabilia. For the spiritually inclined, there are several places of worship: The late 19th-century Sacred Heart Church (just off the Strand) has beautiful stained-glass windows. Nearby, the Nandadulal Temple dedicated to Hindu Lord Krishna, is another striking building that stands out with its curved roof. After working up an appetite, dig into hot aloo kachori (fried and stuffed bread) along with tea (served in a small clay pot) at one of the many stalls lining the Strand.

Located about three miles upstream from Chandannagar, the town of Chinsurah is a former Dutch trading post and can be explored in less than a half-day. To learn about the town’s Dutch heritage, visit the 257-year-old Baro Seal Bari, a former Dutch merchant’s mansion. Then explore the nearby Dutch cemetery, where some of the tombstones include the Dutch Coat of Arms. Before bidding Chinsurah a farewell, check out the enormous Indo-Dutch style tomb of the merchant wife Susanna Anna Maria, just a kilometer outside the town.

Worth at least an hour or two in your itinerary, Bandel, about four miles upstream from Chinsurah, is an old Portuguese settlement. The star attraction of the town is the Basilica of the Holy Rosary (or “Bandel Church”)—you can stop at the Nabani Sweets shop afterward. For those with extra time, visit the nearby village of Bansberia. The main draw is the castle-like Hangseshwari Temple. 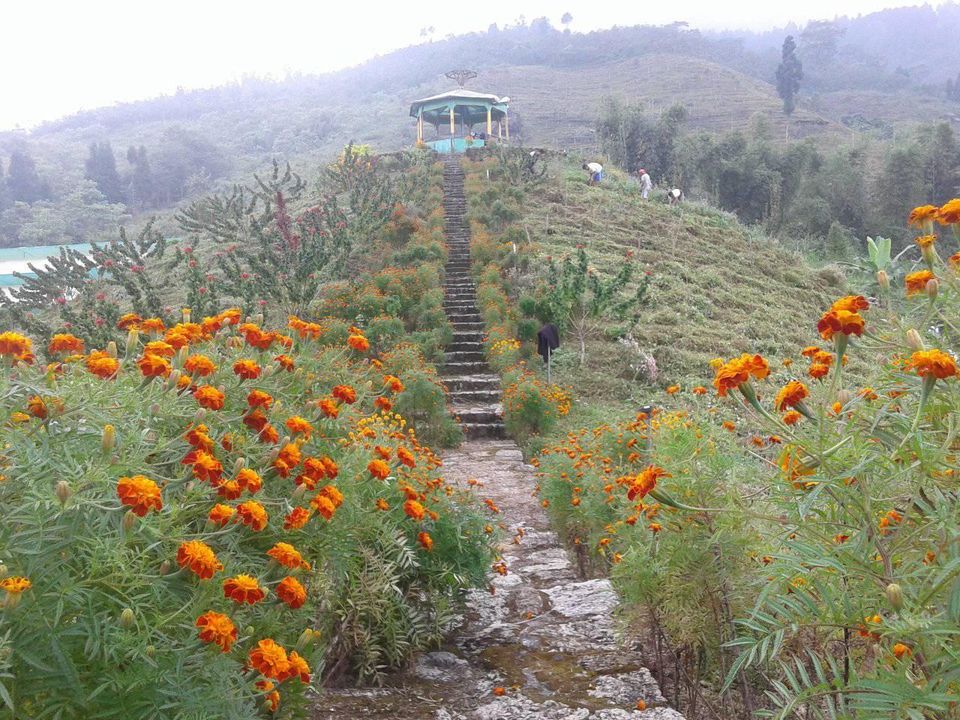 Carpeted with orchid and cinchona plantations, and surrounded by mountains and emerald-green tea estates, it’s easy to understand why Rabindranath Tagore, one of India’s famous poets, fell hard for the quiet Himalayan village of Mongpu. At Rabindra Bhavan, a museum that was once Tagore’s residence, look for his handwritten documents, photographs, letters, and artworks. Stroll through the immaculately manicured Mongpu Cymbidium Orchid Park nearby and discover more than 150 varieties of orchids. For a dose of spirituality, head to the Dinchhen Sherap Chhoeling Gompa, a Buddhist monastery on a hillock overlooking the Shanti Chowk market.

About 21 miles from Mongpu, a drive up the winding road and a bit of asking around leads to the little hamlet of Tinchuley. Check into the local family-run Gurung Guest House; it has well-appointed rooms, a cottage, and a small restaurant. Begin the day with a refreshing cup of tea, then stroll over to the Peshok Tea Garden or the nearby Runglee Tea Factory to see how it is made, and spend the rest of the time walking along the nature trails. For the best views of the region, head to the Tinchuley View Point. Wind up the day with a stop at Tinchuley Monastery, near the guest house, for an immersive experience into Buddhist philosophies.