Rashida Jones is in Sweden for the third annual Stockholm Symposium, a week-long festival for creatives in tech, music, and fashion, but she’s prioritizing shopping while in the Scandinavian design capital. “I feel style-inspired,” she says from her third floor room inside the hotel Ett Hem. “I can’t go back to the way I was dressing before Sweden.”

Acne, Dagmar, and Rodjeber are a few of the designers that excite Jones, specifically because they’re so female-friendly. She points out that well-dressed in the States often means little clothing and a lot of effort, whereas in Stockholm, a printed trouser and button down set with sneakers is typical for a night out.

Like everywhere she travels, the city’s architecture and design also captivates–walking around Gamla Stan, she often stops short to admire an alleyway or storefront. “It’s very thoughtful, the way the 16th century buildings intermingle with the mid century design, and the way they intermingle with the water, trees, flowers,” she says. “It’s both elegant and disciplined, which I love.”

She brings the same thoughtfulness to her many professional and personal interests. Though known by many for playing Ann Perkins on Parks and Recreation and as the writer and star of Celeste and Jesse Forever, spend a few minutes with Jones and you’ll quickly learn that she’s as multifaceted as she is jocular. One moment she’s singing in perfect harmony to Fela Kuti, the next she’s admiring Børge Mogensen Spanish chairs for the apartment she’s redecorating. After a discussion on feminism in the U.S. today, it’s on to selecting the suitcase lining for an upcoming collaboration with Away.

As a child, Jones traveled a lot; two of her half siblings are Swedish and a trip to Stockholm when she was five marked her first time in Europe. “Luckily, travel felt accessible to me. Then in my 30s, I really got the bug, where every time I had a moment off from work I was booking a trip to somewhere I’d never been before,” she says.

She credits the urge to explore to a combination of being old enough to feel autonomous and young enough to feel not tied down. Plus, she loved how the world opened up to her—and opened her up—every time she left Los Angeles, her hometown. “It’s sort of instant perspective, because you remember how diverse the world is, and how different people live—and also what’s the same about it,” she says. “It restores humanity for me, because I get stuck in my bubble, and I begin to think things are important that aren’t important. As soon as I see a beautiful building or a giant hilltop or an ocean, it just is like, ‘Oh right, that’s what I should be focused on.’”

On recent trips she discovered the up-and-coming art scene in Hong Kong and relaxed by the still waters near Pangulasian Island Resort in the Philippines. She manages to squeeze in travel between various work projects and deadlines. “I actually really like to write on planes and in hotel rooms because I think there’s something romantic about it, like being a novelist in Paris,” says Jones. “There’s something really lonely about it, and I think that is a great place to write from.”

Her upcoming projects include co-writing the script to Toy Story 4 and starring in Please Don’t Come Back From the Moon alongside James Franco and Jeffrey Wahlberg, which shows her range almost as well as her current projects: slapstick sitcom Angie Tribeca (in which she stars) and a Netflix documentary series, called Hot Girls Wanted, about Florida’s amateur porn industry (which she produced). “It’s sort of a reflection of me because I have both of those parts in me, but I think everyone does,” she says. “It’s weird to be all serious all the time and then all jokey all the time. You kind of need both.”

Being constantly on the move seems to stimulate both sides of her personality.

“Being away creates space in my head,” she says. “If you continue to expand your repertoire of things visually, culturally, and philosophically, and get input from people who don’t live in the same countries, speak the same language, or see things that you see on a daily basis, it keeps your synapses firing in a way that makes it easier to access new ideas.” 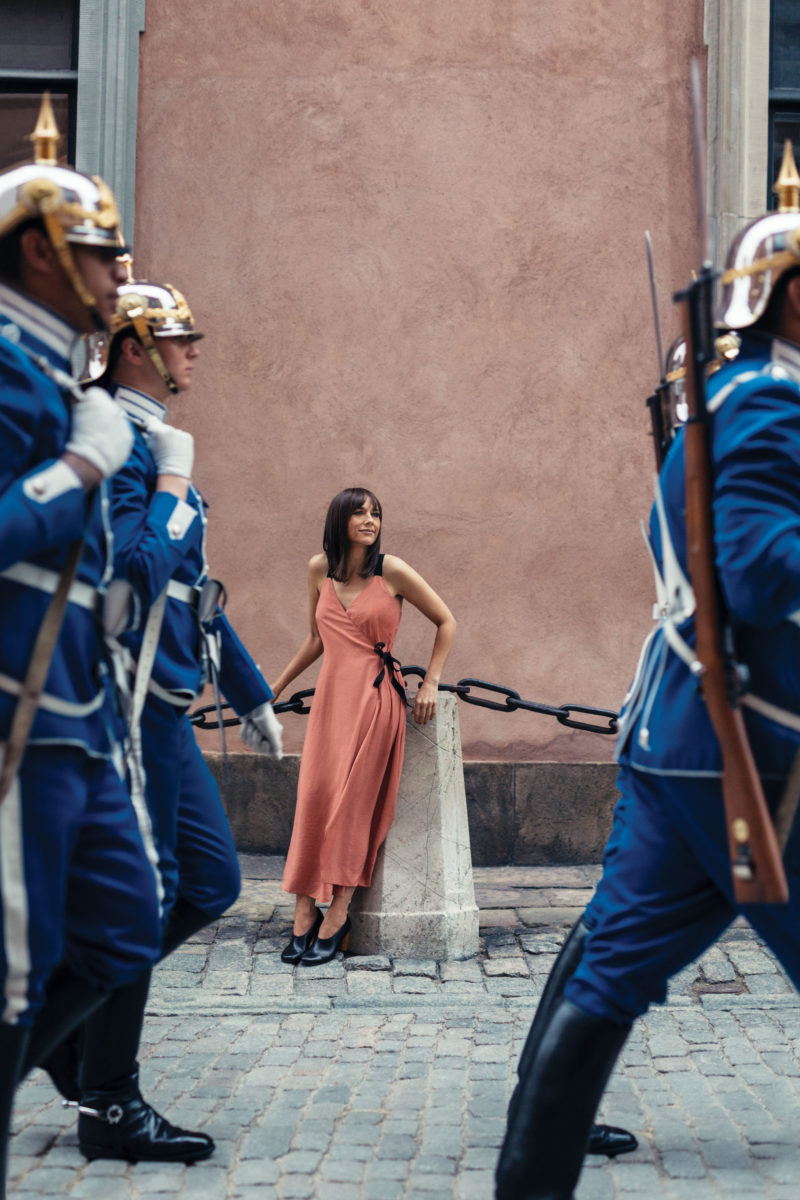 Watching the Changing of the Guard outside the Royal Palace of Stockholm. 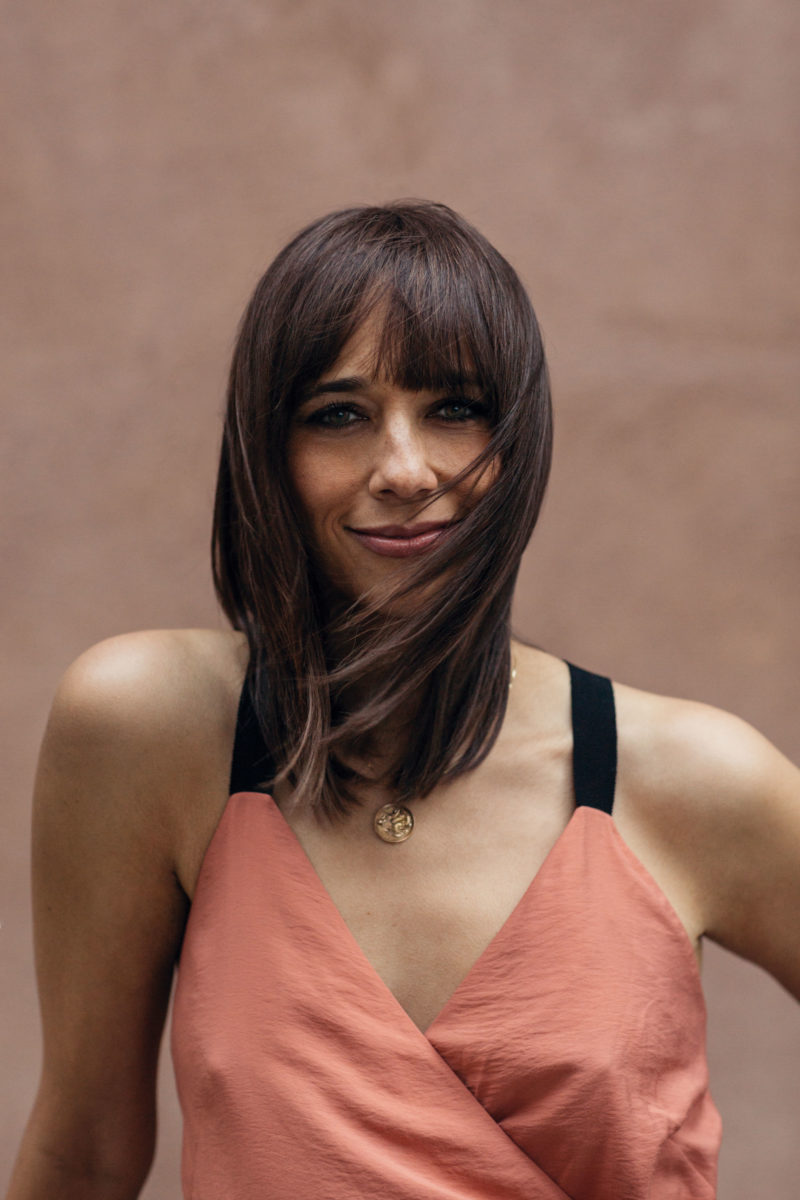 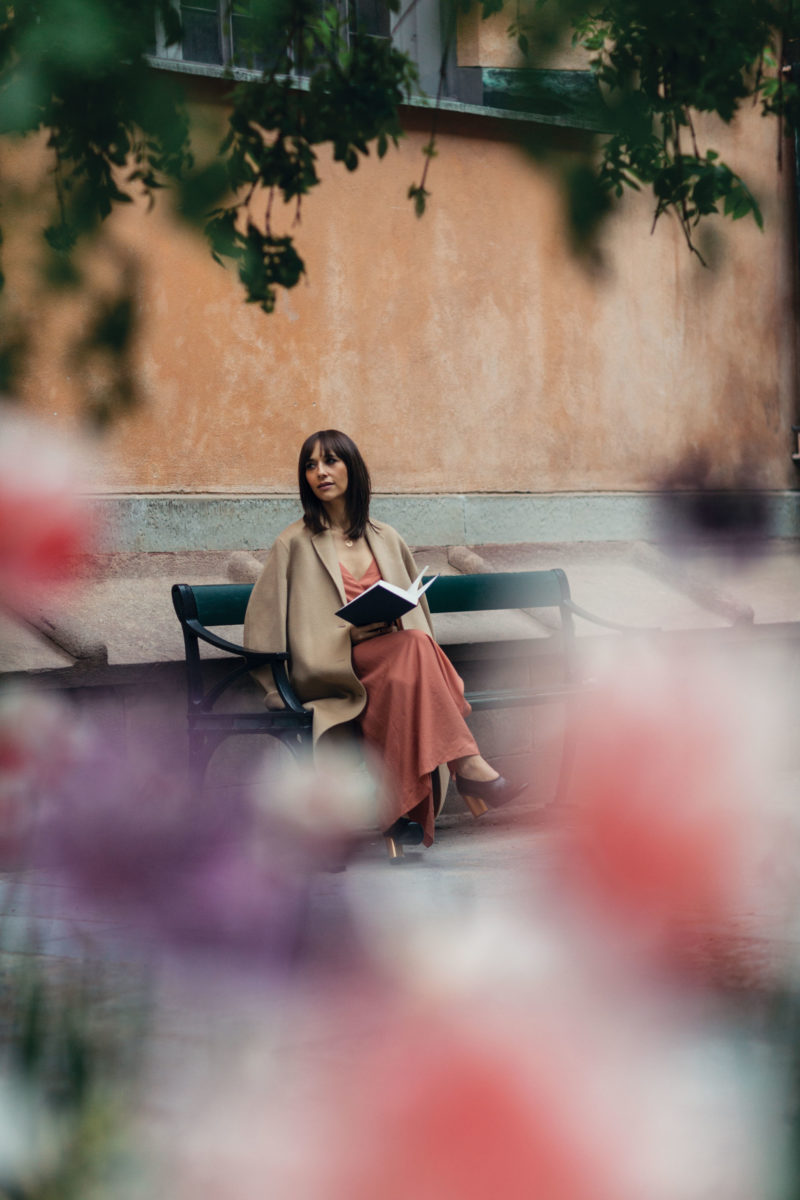 At the Nobel Museum Park in Gamla Stan. 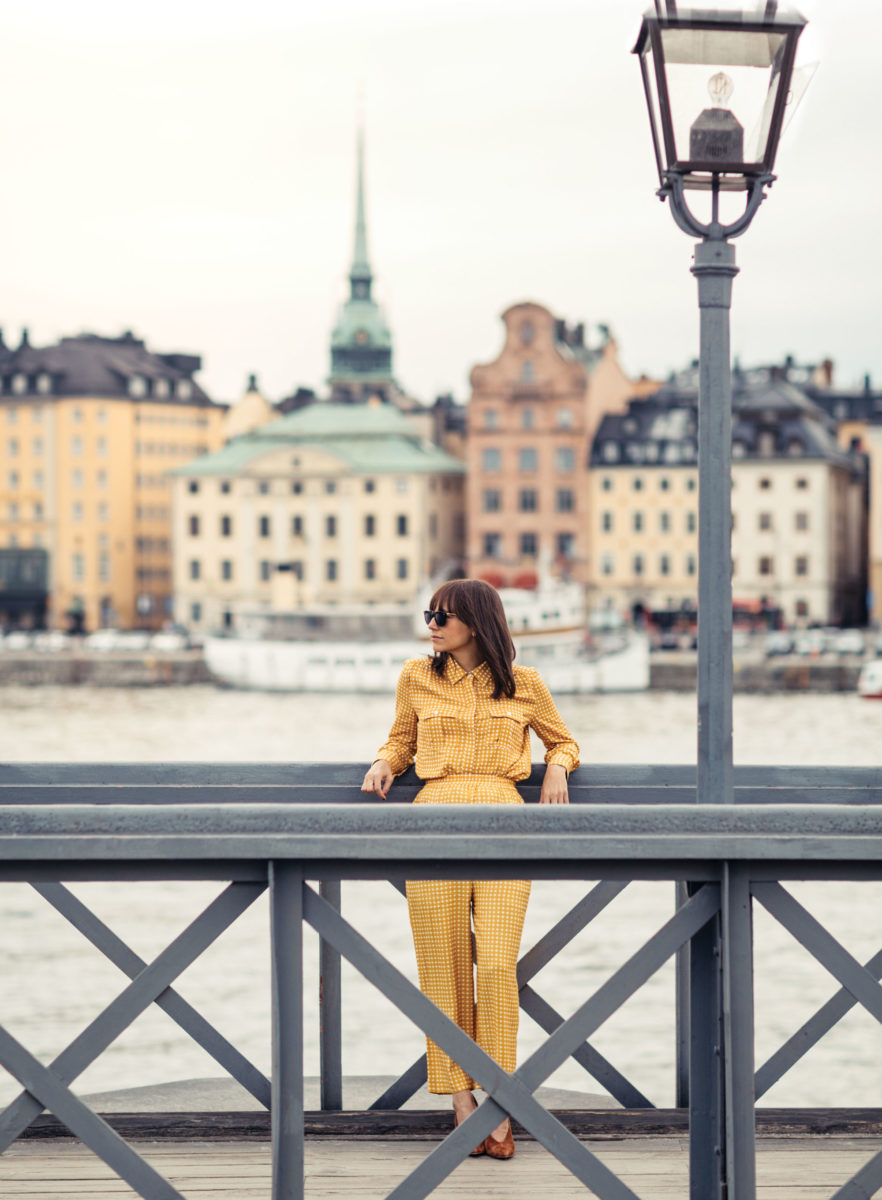 Taking in the view from the Skeppsholmsbron Bridge.