Nathaniel Wilson is a tasting room guide at Westward Whiskey on Portland, Oregon’s Distillery Row, where he shares his spirits know-how with curious imbibers who wander in for a tour or tasting as they explore East Portland’s warehouse district. Westward’s urban distillery was a pioneer in 2015 when the new facility’s copper pot stills launched a spirits revolution along the riverfront tracks still plied by the Southern Pacific line.

Wilson fell in love with whiskey one evening in 2009 when he “bellied up to the bar in a Colorado cowboy town” on a break from his job at the Aspen Center for Environmental Studies.

“I’ve always been more of a beer and wine drinker, but then I met Chester, the guy sitting next to me at this saloon, who was celebrating his 75th birthday,” Wilson says. “When Chester asked me if I wanted to join him for a drink, how could I say no?” 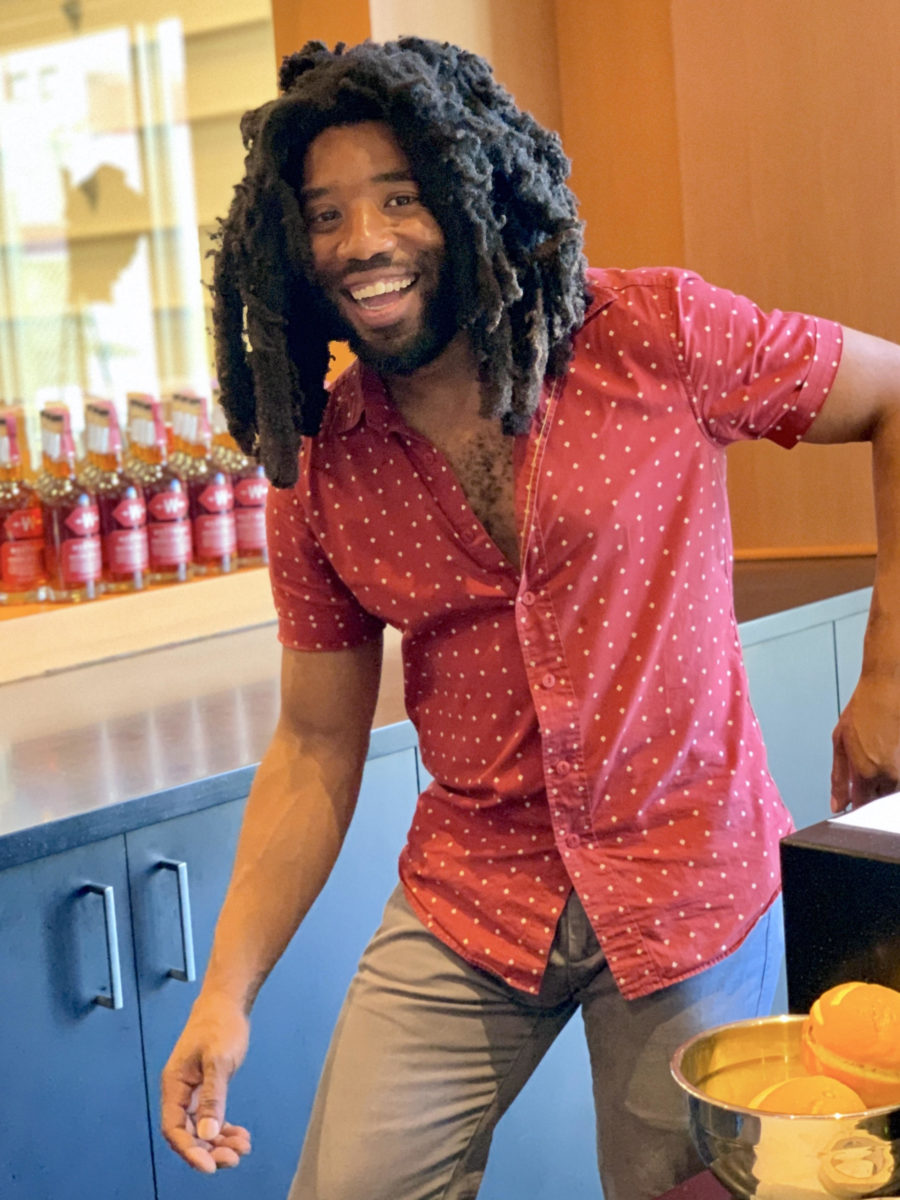 “I really enjoy singing the gospel of whiskey," says Wilson.

A dram of Old Crow, followed by “a really good scotch,” and the whiskey world became his calling. Soon, he moved to the West Coast, where he landed in Portland “out of curiosity” and decided to try bartending, which deepened his passion for whiskey while fine-tuning his teaching skills. “Children? Intoxicated adults?” he jokes. “It’s kind of the same.”

A member of the Westward team since 2018, Wilson says Portland is a great whiskey city because distilleries have risen on the shoulders of the locally-owned breweries that established the city’s reputation as the craft alcohol hub of the Pacific Northwest. In addition to sharing his “passion for spirits” along distillery row, Wilson headed to Austin, TX, recently for a Westward event. “I really enjoy singing the gospel of whiskey,” Wilson says, “and traveling just gives me another opportunity to do that.”

Back home in Portland, here are his top places to imbibe the Rose City’s spirits vibe. 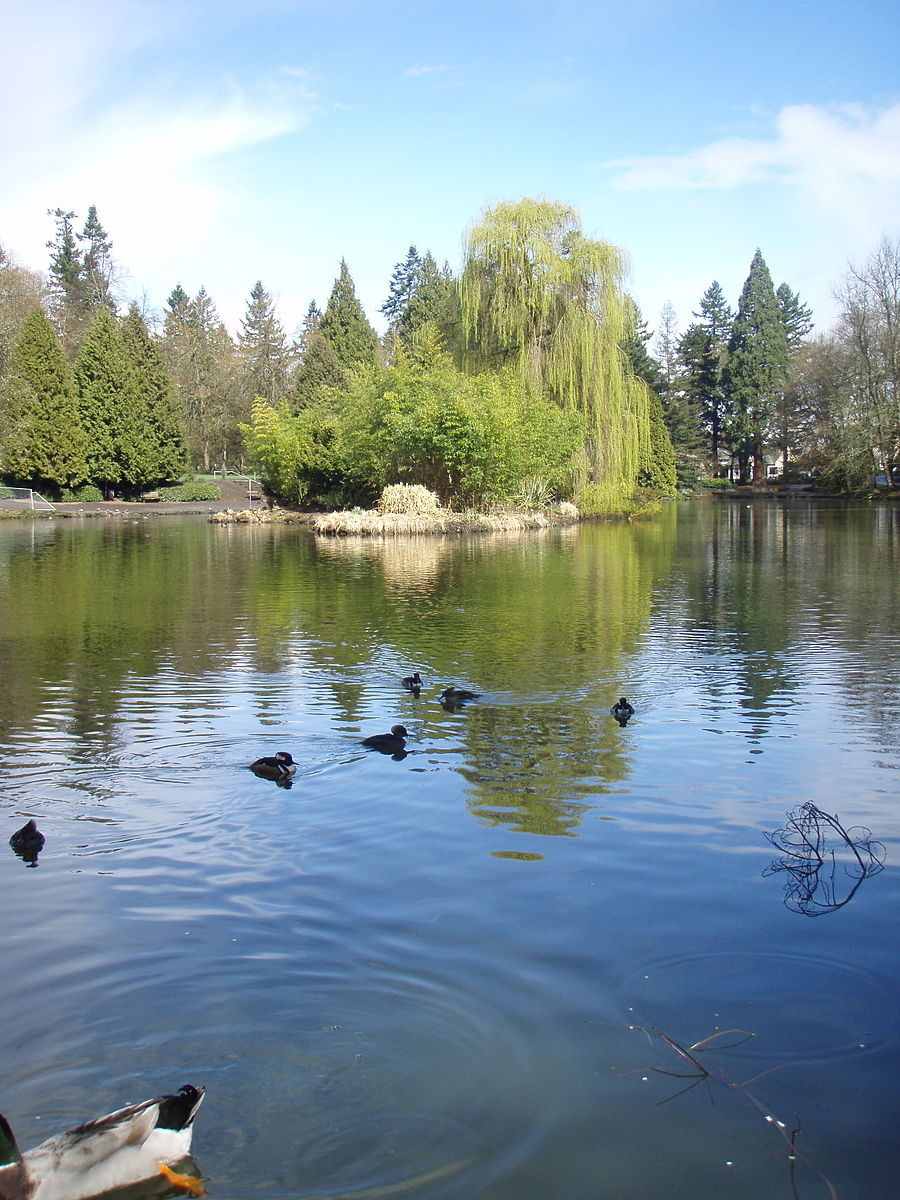 "I’m an outdoors person," says Wilson, "so this is where I like to go in town after, or with, a nip of whiskey. It’s great for walks, and there’s a cute pond with ducks.” Photo by Pete Forsyth, Wiki Strategies.

“This is where I got my start in Portland. It’s got a lovely aesthetic reflecting the late 1800s when the building was built. There’s a patio, firepit, and an extensive whiskey list. They have seasonal cocktails like hot toddies and hot buttered rums and it’s the only place in town where you can get our Westward pinot noir barrel finish whiskey.”

“This Cuban bar is basically a rum club, but they also serve whiskey. It has a 1950s tiki vibe and bar food, with a terrific cocktail program. You could close your eyes and point to anything here and it would be fantastic, but I love their rum Old Fashioned. I used to bartend with a lot of the folks here.” 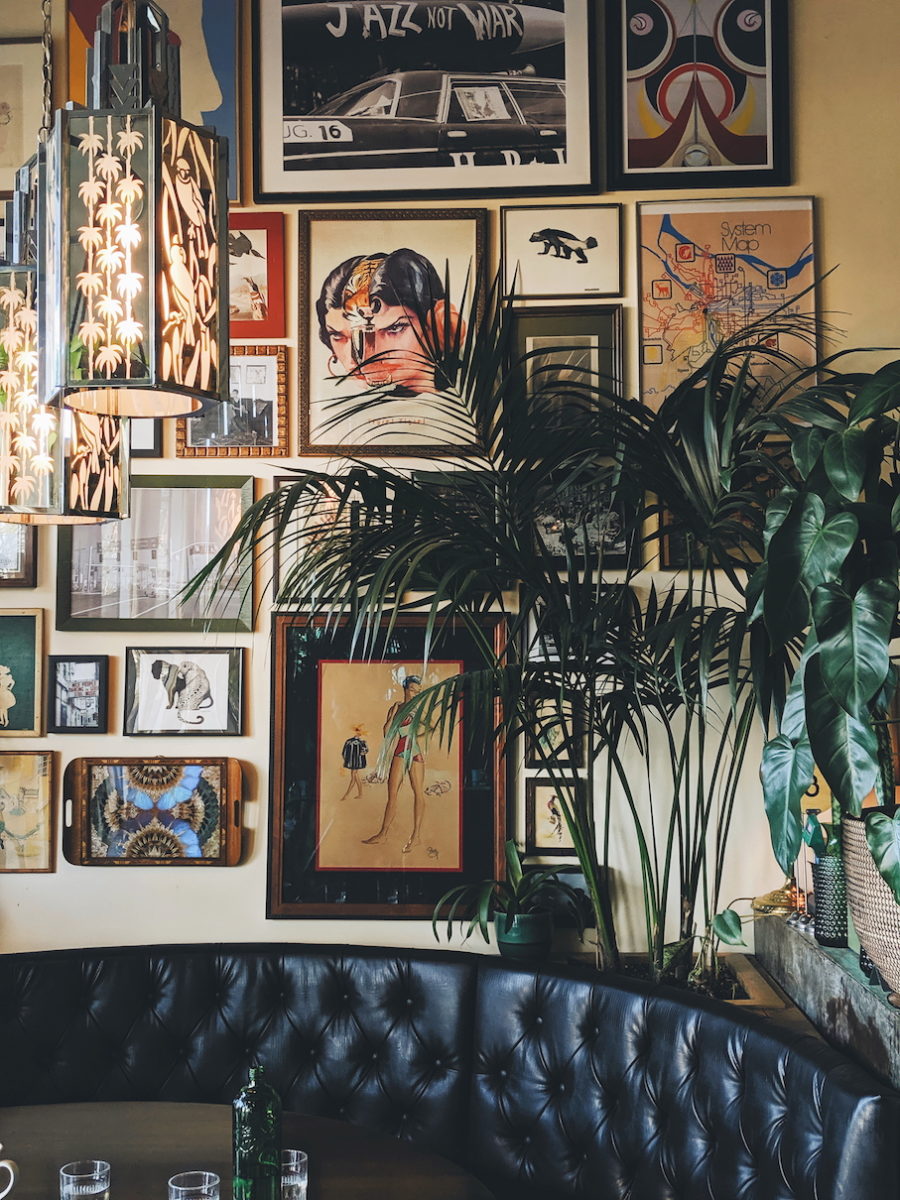 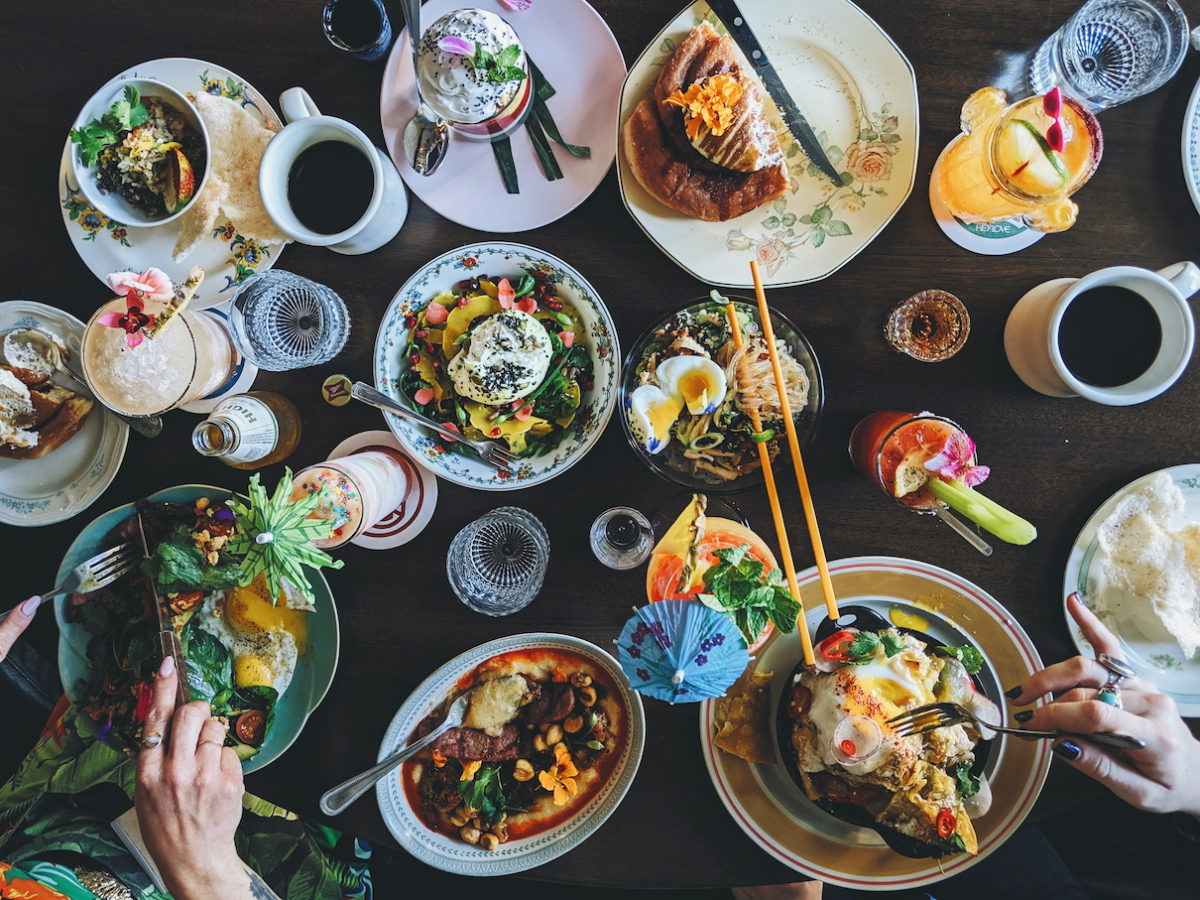 Enjoy a full menu alongside your drinks. Photo courtesy of Hey Love.

“This beautiful space has a great cocktail program and opened just last year. It’s on the Southeast side of town, where I live. The staff is cool and there’s a jazzy, energy-driven atmosphere.”

“There’s a real storefront speakeasy feel here. I didn’t know this place existed until a friend called and said she was working there. So I head over one night and we’re talking shop and she says,  “Hey, I just made too much of this cocktail. Do you want to try it?” That’s how I tried a grasshopper for the first time. It’s not one I’d usually go for, but I highly recommend it here, listening to 1920’s-era jazz on a midweek night.” 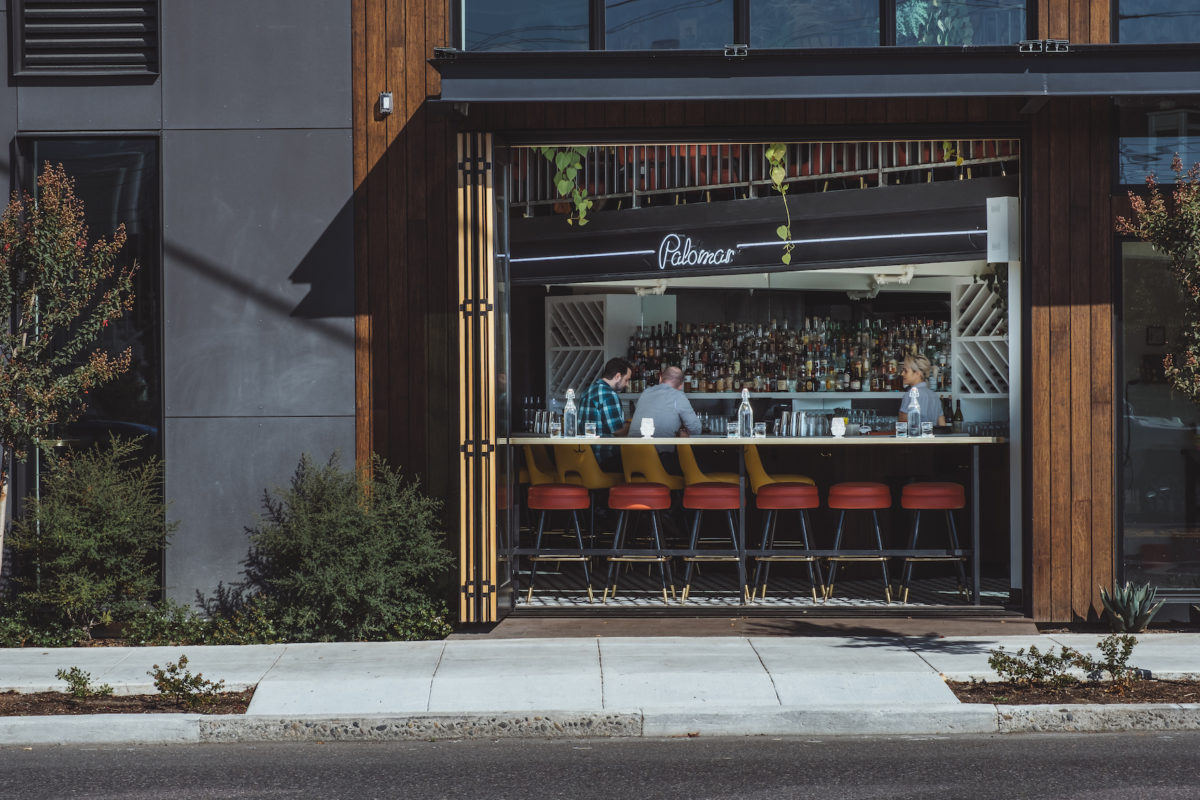 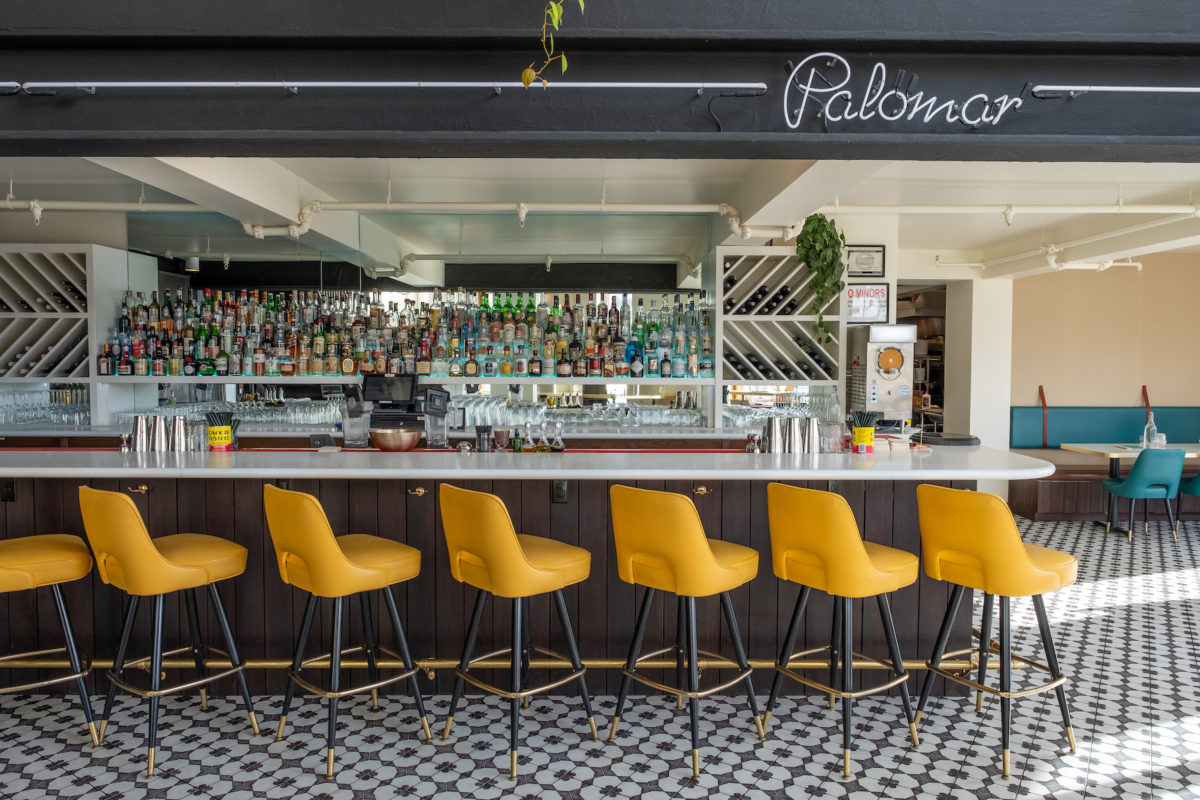 Known around town for their rum cocktails, Palomar's whiskey-based drinks are a hidden gem. Photo by Jordan Hughes.

“I like all sorts of food when I’m out on the town, but I love the homemade sausages here. Pork, beef, and rabbit—they’re so decadent but so good. They’ve also got homemade pasta and pizzas—and great cocktails and whiskey, of course, to push everything along.”