Perfecting the Pisco Sour with Country Club Lima: A Recipe

From ceviche to cuy, Peruvians are proud of their culinary staples, even if outsiders shrink away in horror at the idea of ingesting raw fish or guinea pig. And perhaps it’s not such a coincidence that Peru’s most famous libation, the pisco sour—made with raw egg whites—has been known to engender a similarly squeamish response from foreigners. The major takeaway: Peruvians must have really strong stomachs.

In spite of the sometimes controversial and decidedly non-vegan ingredient, the allure of pisco sours has reached bars around the world, from New York City to Tokyo. And while you can surely find a decent one elsewhere, Lima (where the frothy drink was first invented) is ground zero for the stuff—in particular the stately Country Club Lima hotel.

I chat with bartender Brian Echegaray at Country Club Lima’s Bar Ingles, who has been shaking up alcoholic masterpieces here for the better part of three years. “Very many people come to Lima to try Peruvian food, but that just gives us an opportunity to show we have amazing cocktails, too,” he says. 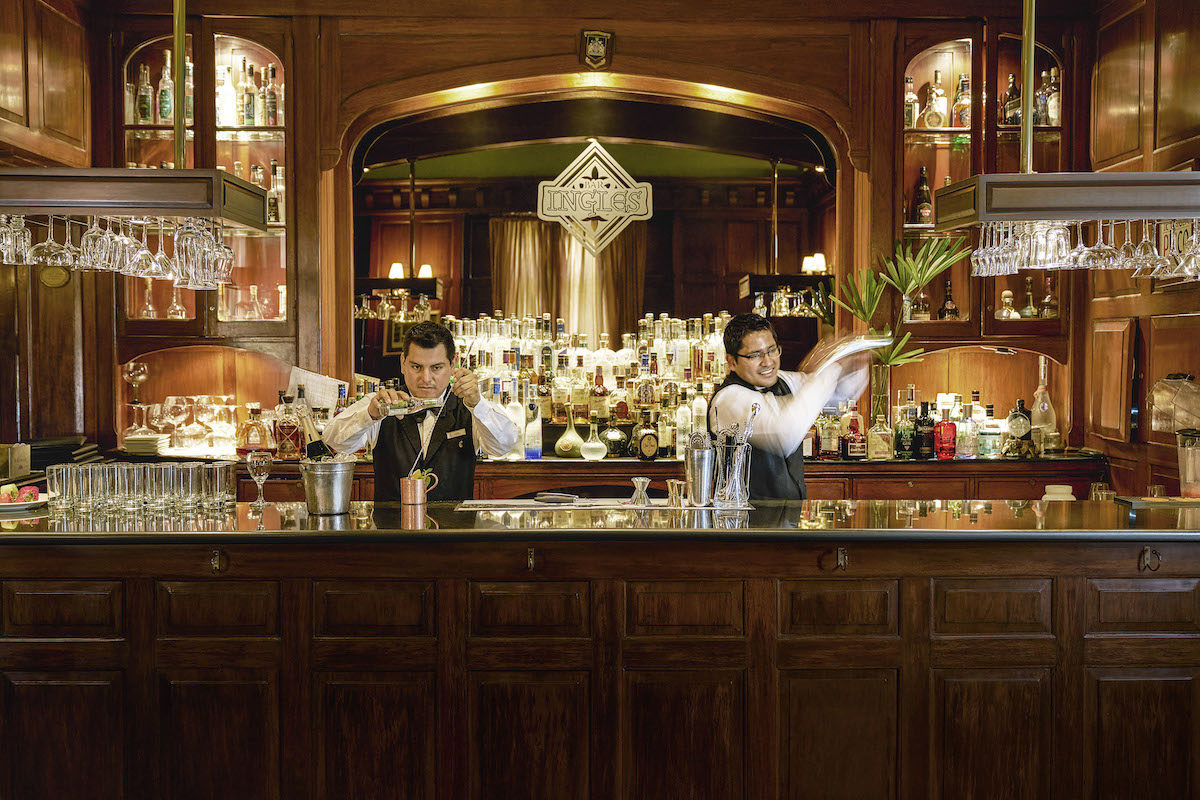 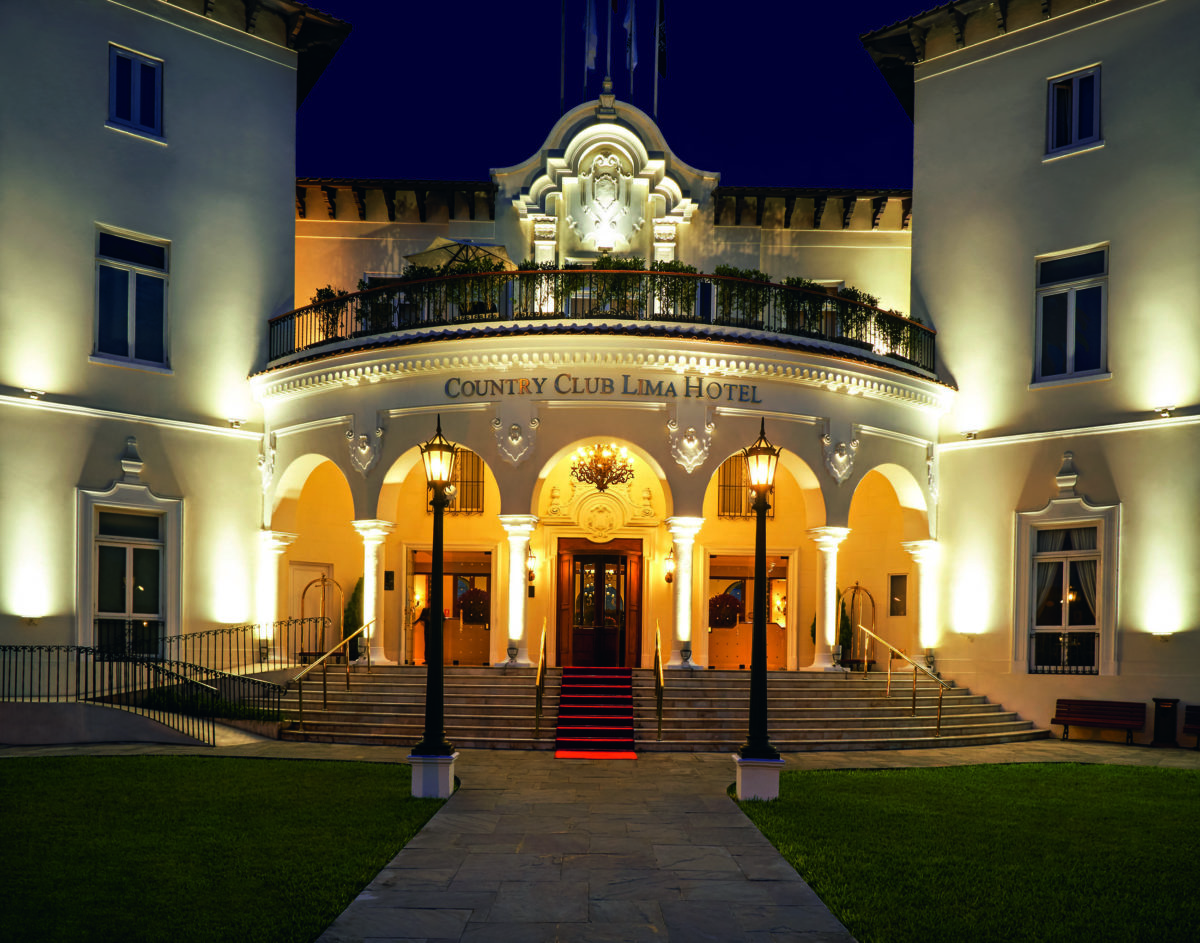 The Country Club Lima at night.

As he crafts a total of five different Bar Ingles variations of pisco sours for me to try—and as I get progressively tipsier and tipsier—Echegaray gives me a crash-course on pisco, the main ingredient and also the reason why my notes get progressively sloppier the more sours I ingest.

“Pisco is the only spirit in the world where we don’t use water to dilute the alcohol rate,” he says, adding that it’s made from eight varieties of grapes in five regions across Peru, including Lima. “It’s sort of like grappa, but it’s only using the grape meat, not the skin.” 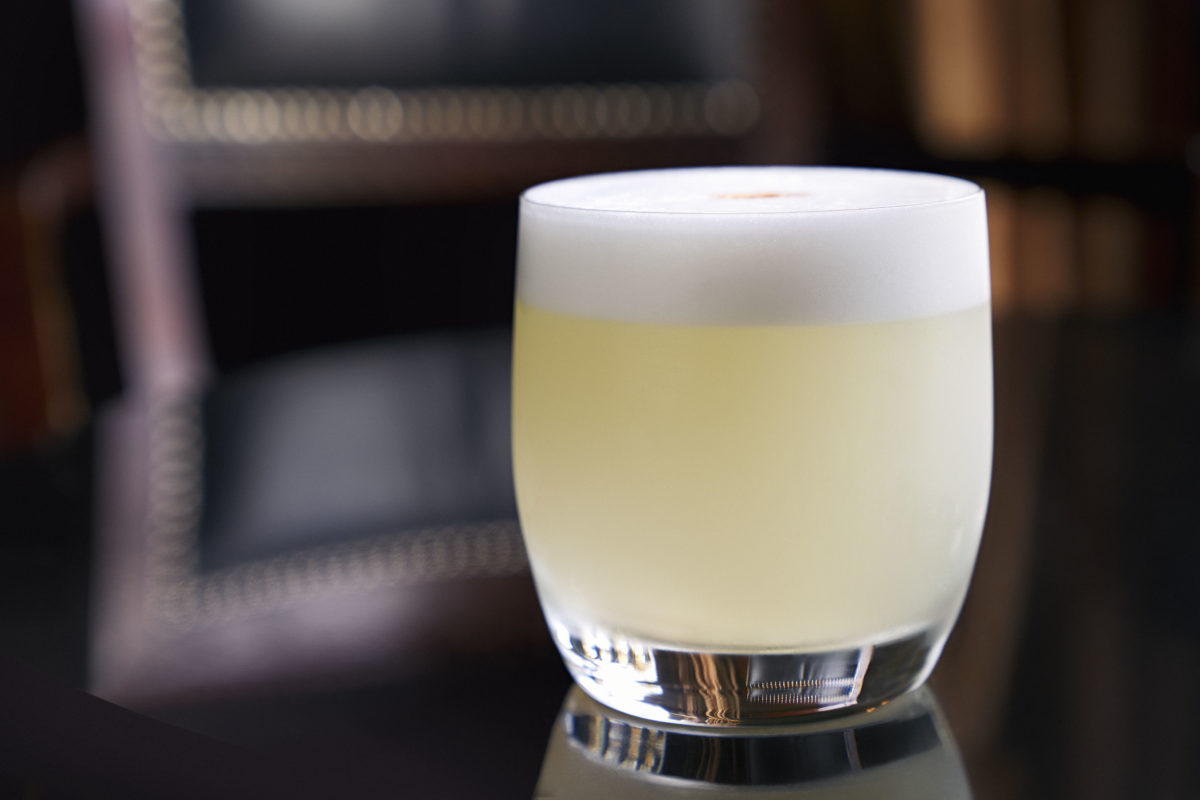 Because the drink is rather labor intensive (the eggy froth has to be just right), Peruvians generally make what are called chilcanos for themselves at home, a refreshing and pared-down take prepared with pisco and lime juice. But for the real deal, locals and visitors alike head to the Country Club Lima.

In between shakes, Echegaray shares that while pisco sours are most authentic in the Peruvian capital, he’s excited that they’re being celebrated and adored in other cities on other continents.

“Pisco opens doors to the world and we’re very excited to share.”

Combine ingredients in a shaker and shake for 12-15 seconds.