Photographer Pia Riverola teaches us how to pack for film photography and shares her best tips for travel photographers.

Born in Barcelona and based in LA and Mexico City, photographer Pia Riverola’s love for film blossomed at an early age. She received her first point-and-shoot film camera from her grandfather when she was just a child, and that love has only flourished in the years since.

Despite an impressive list of high-end clientele and even more impressive collection of passport stamps, Riverola has yet to grow weary of her art or of travel. She still finds it easy to get lost in the magic of an environment—a transfixion that comes to life in her dreamy film photographs, whether she’s on set for personalized tour company Coast to Costa in Colombia or exploring the salt flats of Peru.

“Even when I’m shooting for work, I still always shoot for myself, too,” Riverola says. “When we wrap, and I go around, discover by myself, and take photos by myself. I find a balance between doing a commercial shoot and getting something personal—an experience that you can take home.”

A master of light and color, Riverola’s images conjure up the sense of wanderlust that propels many to buy a ticket to their dream destination and go in pursuit of memories. We caught up with the artist at The Treehouse, an offshoot of Brooklyn’s Urban Cowboy B&B, to get her travel tips, including how to travel with film photography equipment and the best destinations for travel photographers. 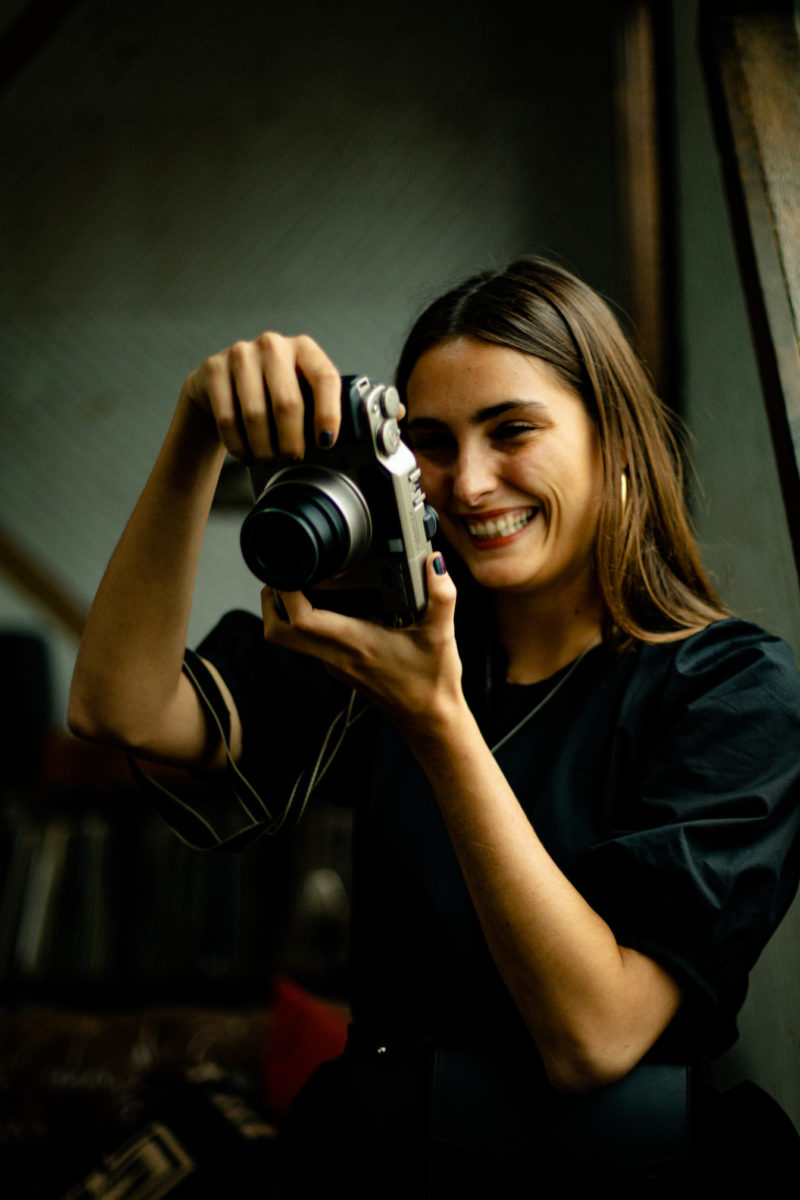 “I get tired and sometimes it gets a little bit lonely, but I’m so grateful for everything I’m seeing.” 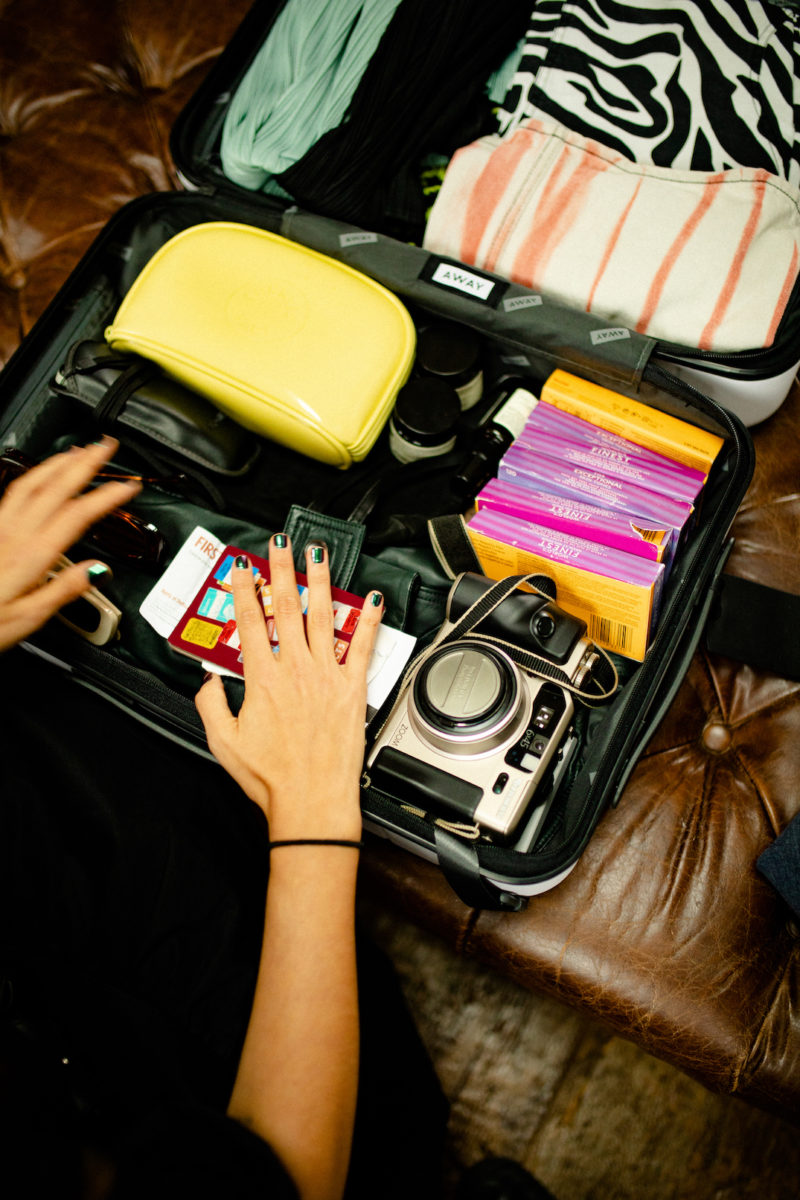 “I love shooting film—texture-wise, the details, the grain. I think a lot more about every shot that I take so that I‘m not just shooting all the time—it’s well thought out." 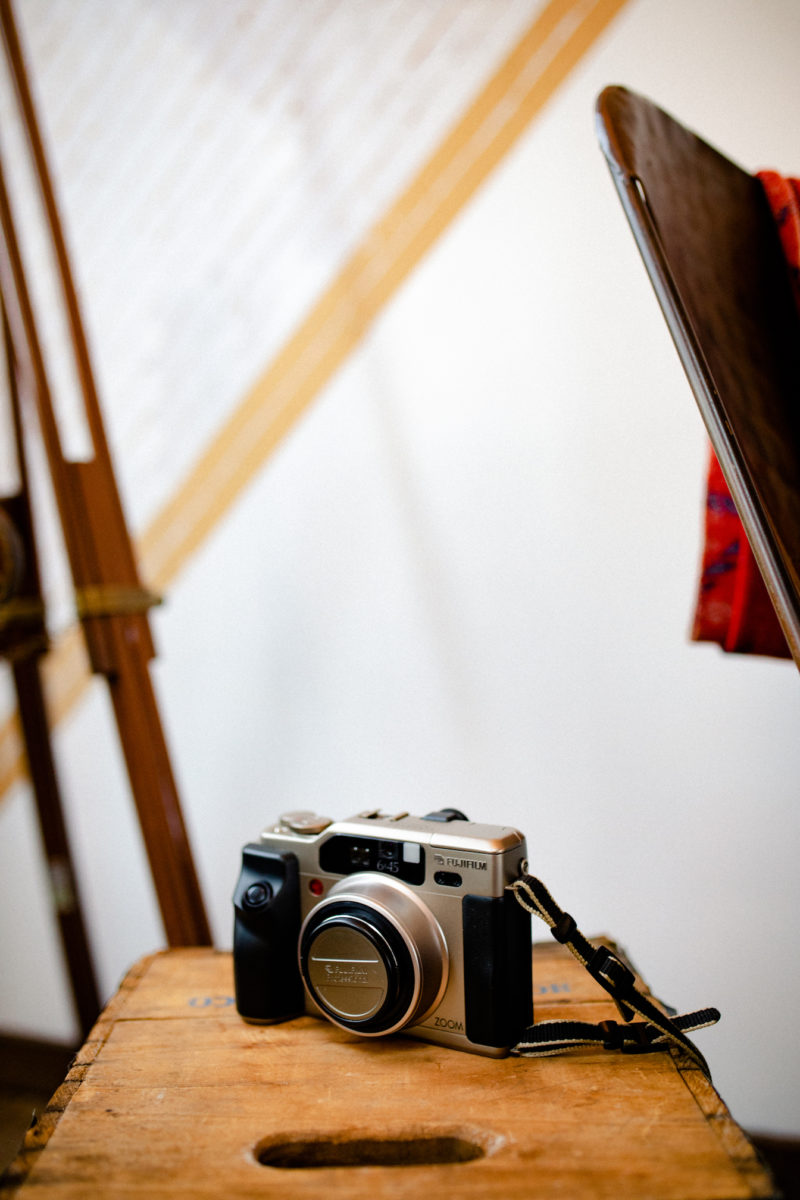 Riverola purchases all of her cameras on eBay's Japanese site.

I love shooting film—texture-wise, the details, the grain. I also love the idea of shooting only what you actually have to shoot, but I always have extra film in case I get crazy and creative and want to shoot more. All my cameras, I buy from Japan on eBay. I use film—it’s Kodak Portra—and I feel like it’s best to shoot medium format in case you want to blow up the photos larger later. I didn’t buy a digital camera until about three years ago. I use a Sony Alpha as a digital camera now, and when I bought it, I was like, what are all these buttons? With film, the theory is the same, but there aren’t so many options. It was like learning a computer or a new phone.

How To Travel With Photo Equipment

I have to check bags because I always have to bring my Pelican case with my equipment—I can’t work if it gets lost, so I’d rather lose my clothes than my equipment. When you go through security, it’s only film around 800 ISO that can’t go through the scanner. Anything below 800 is fine, and I normally shoot 160 or 400 ISO. Sometimes, when it’s exposed film—film I’ve already shot—I don’t want to ruin it, so I keep it in another backpack and ask them to go through it separately because I don’t want to risk anything. 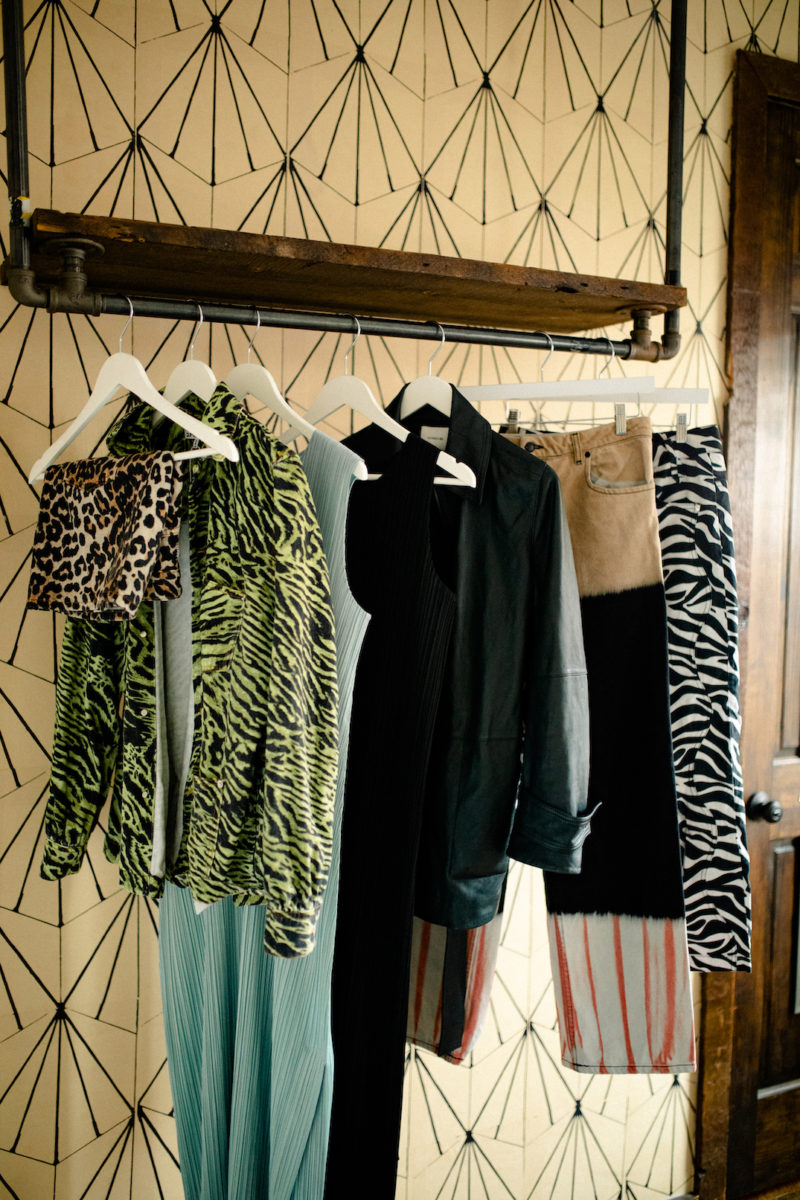 Riverola wears bright, eclectic outfits on set to stand out in the middle of all-black-clad crews. 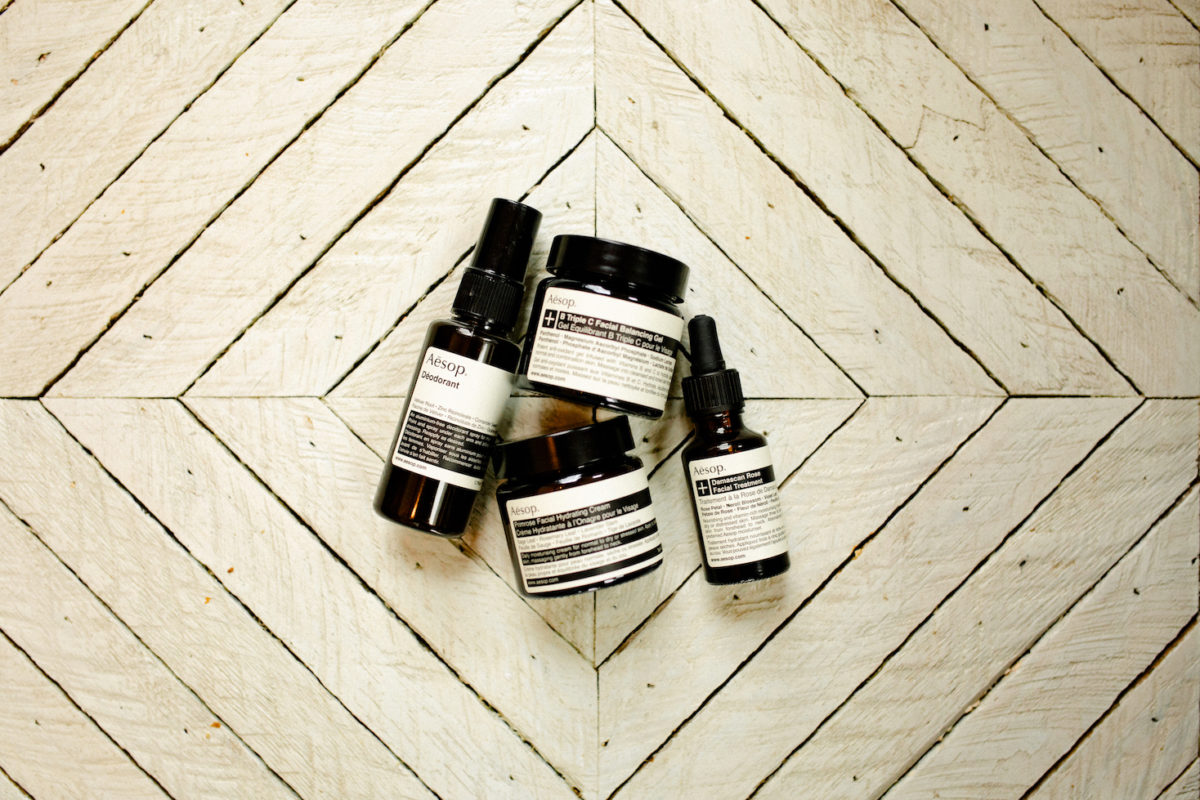 " I always bring my Aesop stuff with me—deodorant, face lotion that you mix with oil for more moisture, and a gel." 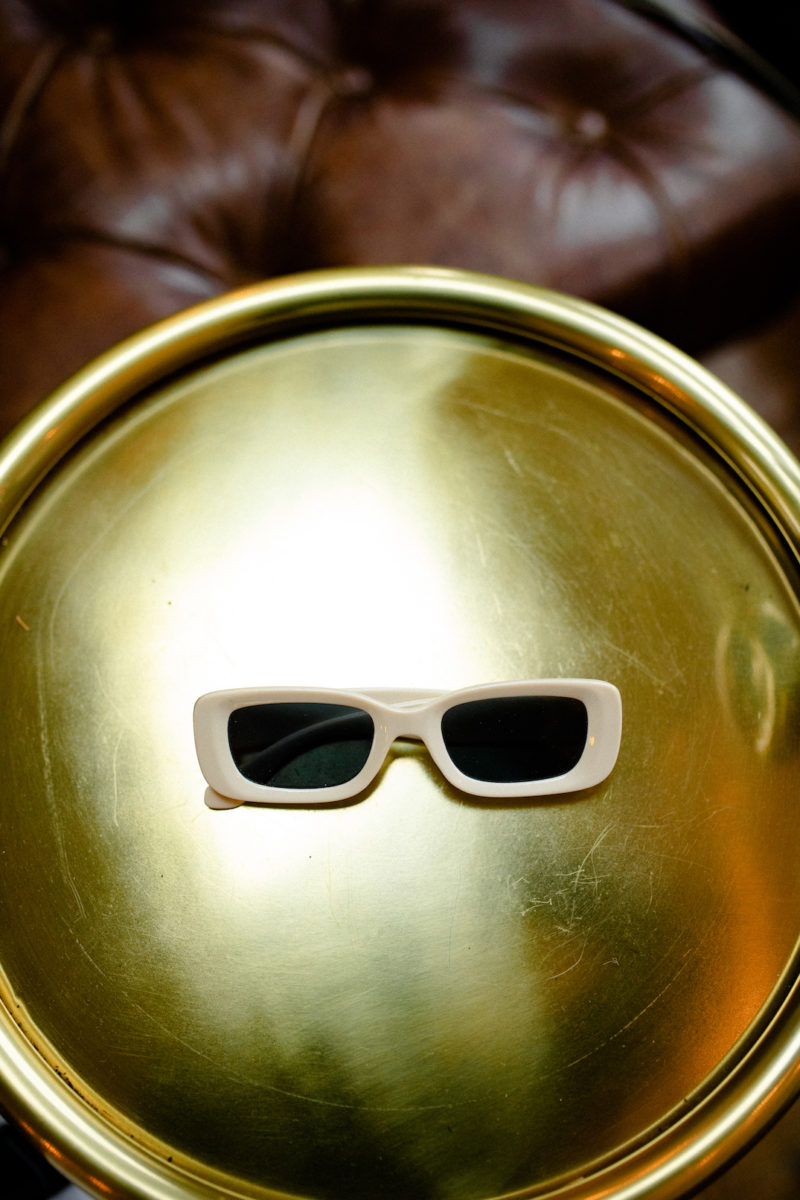 Packing to Stand Out on Set (and Why It’s Important)

My favorite outfits for traveling are from Issey Miyake—stuff that’s super comfy and light. I also love Ganni and Eckhaus Latta. I always bring really fun animal print pants and skirts. I’m very minimalist, but sometimes when I’m shooting it’s great to have something that’s different so everyone can recognize where I am. Normally I work with big crews—30, 40, 50, 60 people. I’ve seen sets with 100. Usually, everyone’s in black, so it’s fun to bring something that pops.

Hydration is super important. Before traveling, I always drink a bunch of water. My good friend Nuria started a skincare brand called Rowse—it’s all-natural. I use their avocado oil, which is amazing because it gets your skin so hydrated, and their camelia oil, also. If it’s a long flight, I try to apply it three times because my skin gets super dry while flying. A lot people next to me think I’m a cosmetic freak and I’m like, no, my skin and lips will crack! I always bring my Aesop stuff with me—deodorant, face lotion that you mix with oil for more moisture, and a gel. I don’t wear much makeup, but I bring mascara, green Dior eyeliner, and I sometimes use Glossier eyeshadow. 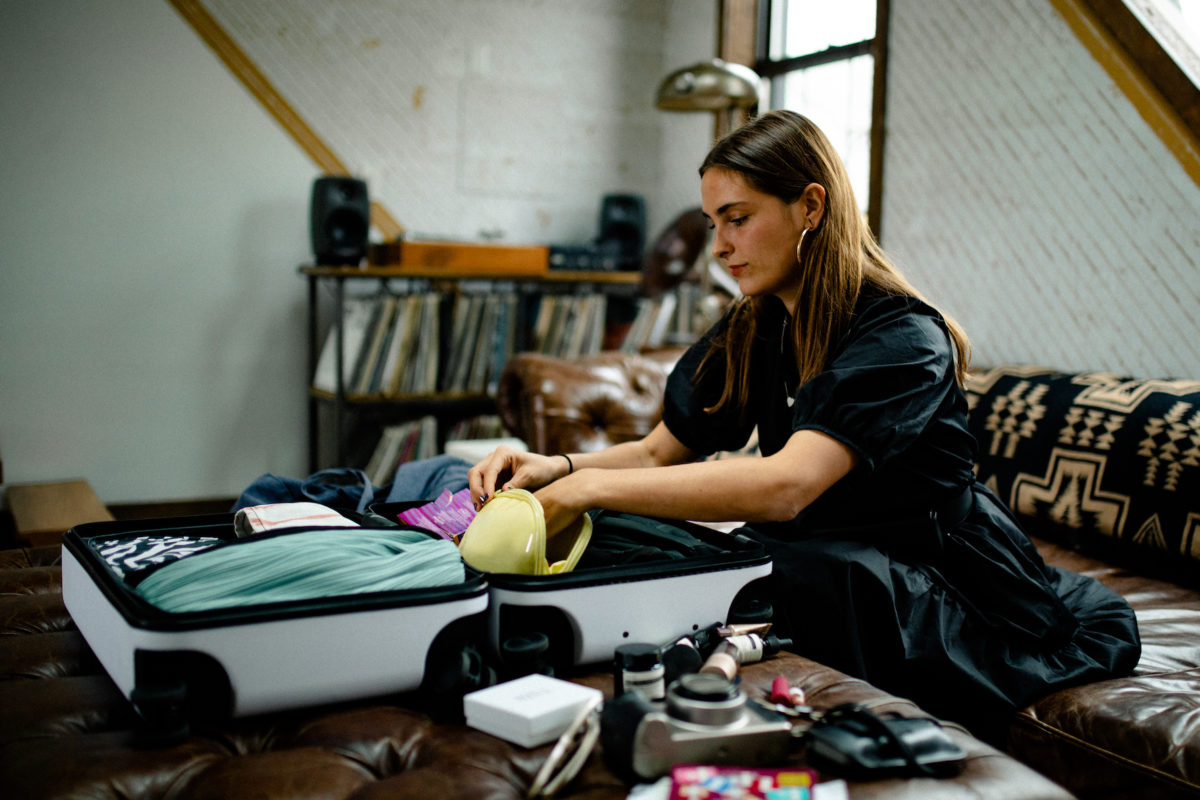 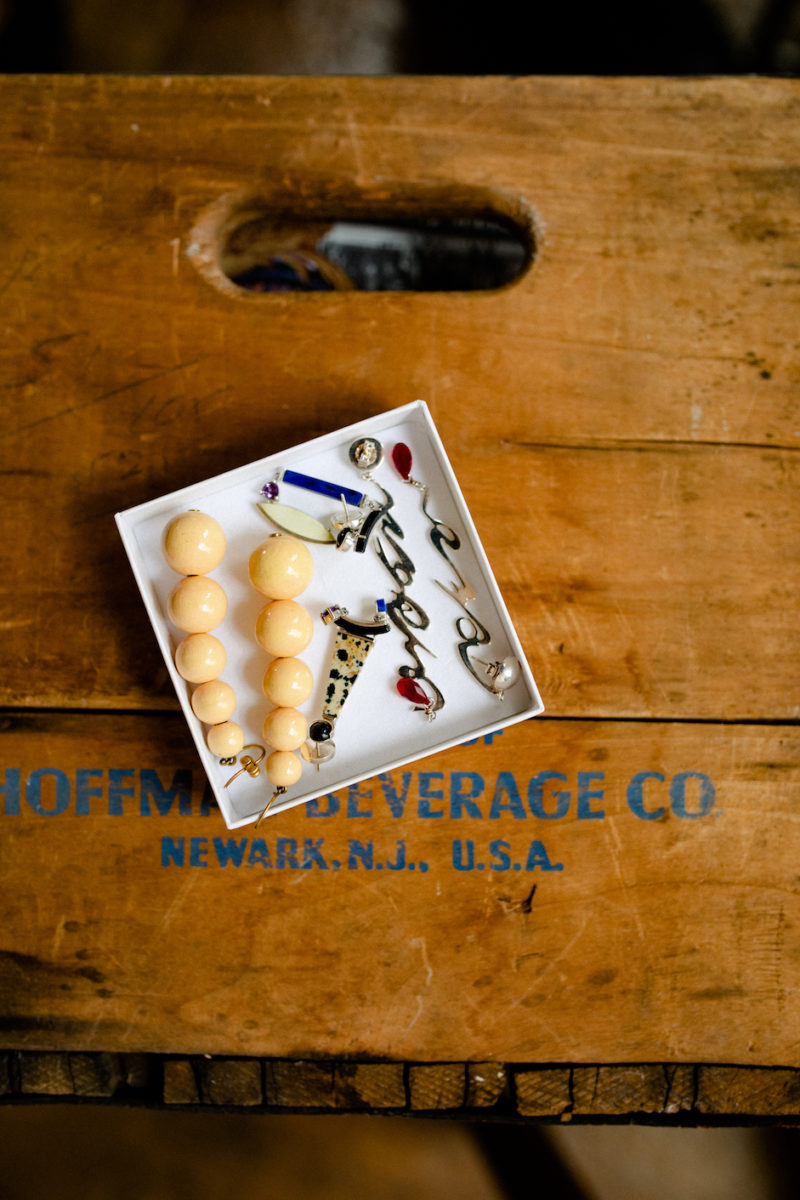 The one souvenir Riverola always buys? "I love buying small handmade earrings by friends and small brands, but I also love buying earrings everywhere I go—I collect them. "

On-the-Go Tools and Tips for Capturing the World

I write on my iPhone—random thoughts mixed with ideas for shoots mixed with numbers and emails I grab here and there. I have my backpack, with my laptop, a book I’m reading, (right now it’s In Watermelon Sugar by Richard Brautigan). I normally have two 35mm cameras and two medium format cameras—I love bringing them all. Some locals don’t like big crews or big teams because it’s very invasive and intrusive, so it’s good to be by myself with just my film and my backpack. And with film people often feel even less threatened, because it’s more personal. 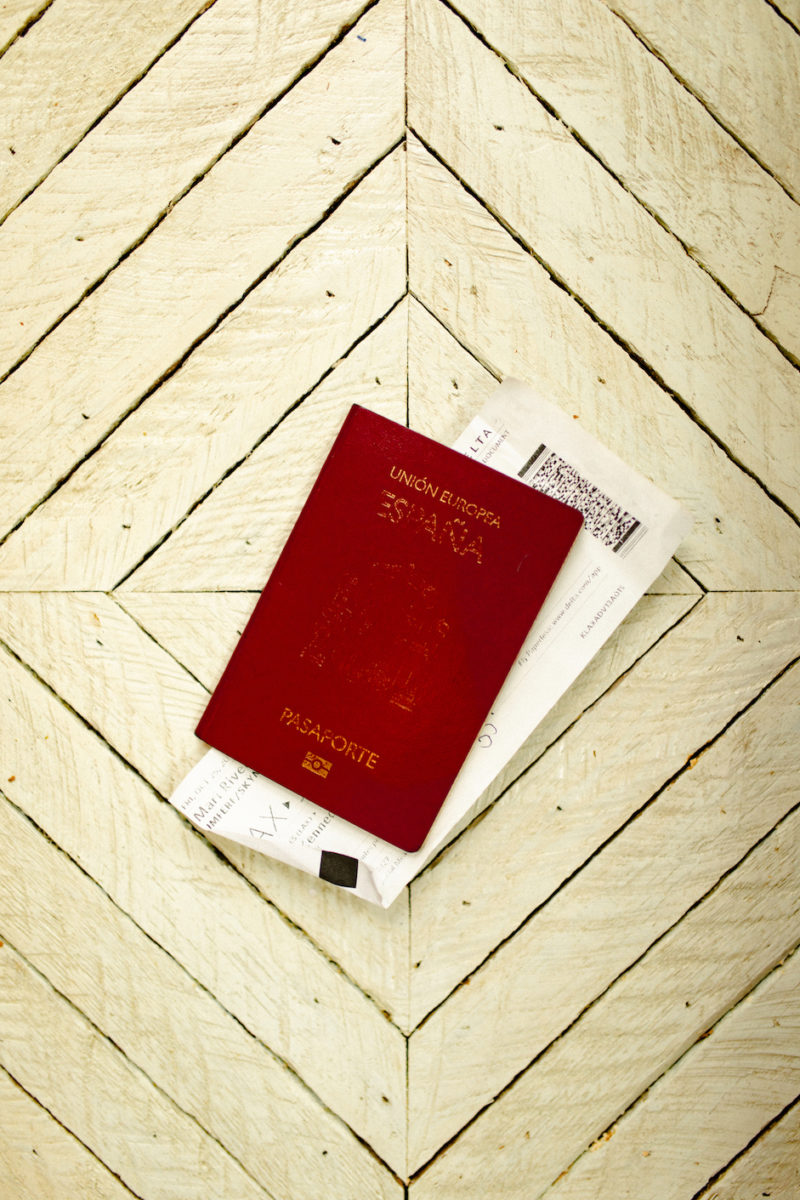 “My favorite passport stamp is my Machu Picchu one—it’s so cute, I just got it!” 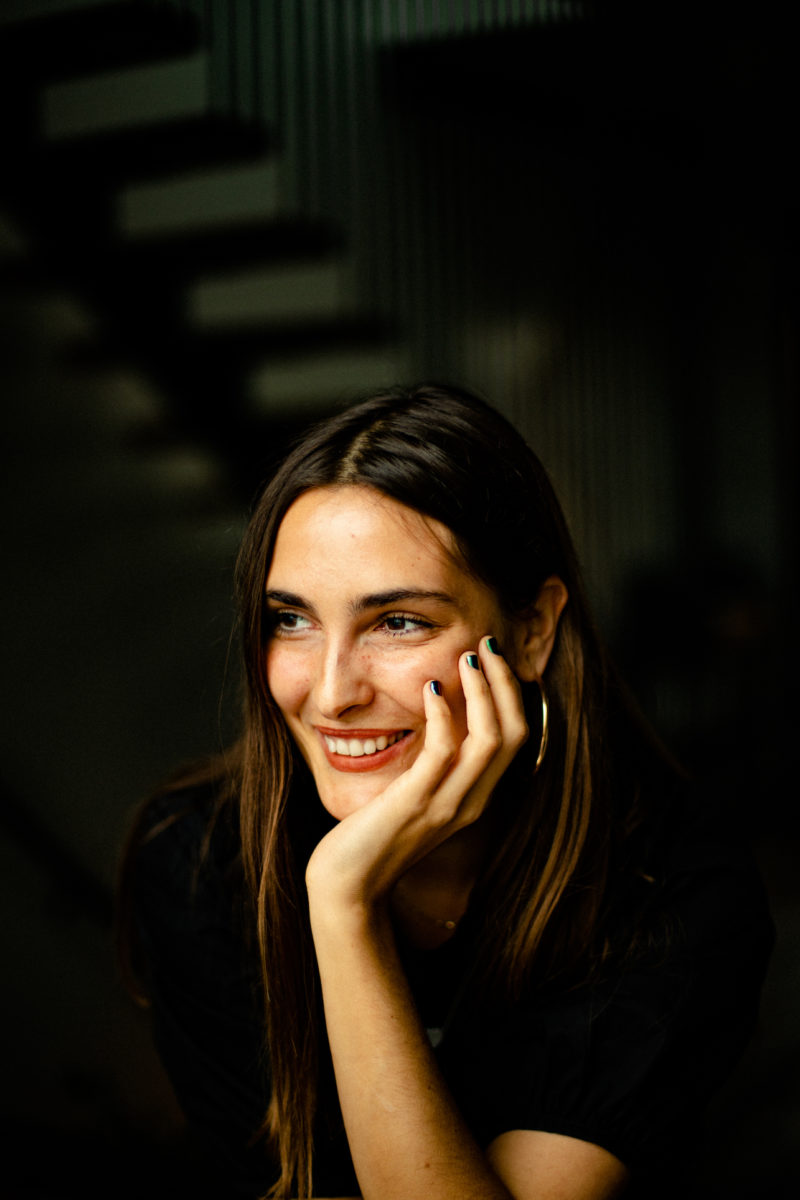 "I enjoy traveling by myself because you can connect more easily with the culture you’re in. It’s easier to make your way around a place like a local."

The Three Places That Inspire Her Most

I hadn’t ever visited Mexico City before I moved there, but I loved it instantly. The country and the city made me grow as a photographer and as a person emotionally and culturally. Everyone is so generous and hospitable in Mexico; it’s very economical. Traveling, flying, driving, staying near beautiful deserts, lakes, and beaches—it’s all very cheap. I travel because I like taking photos, and then I take photos because I love traveling. Mexico allowed me to do that; it’s like the land of everything.

I love Tokyo. I go with my brother once a year as a tradition because he deejays there a lot, and I finally feel like I’m starting to understand the city. The first time is a culture shock and it’s amazing, but now I understand the neighborhoods, where I am, and my favorite spots. I also loved Iceland—I went when there were 22 hours of daytime, so there would be an endless sunset. And the moment it was about to peak down, then it was already up again! So there was super soft light for hours, which is really amazing for photographs.

On a practical level, I try not to shoot between the hours of 12 p.m. and 2 p.m. because the light is bad and makes everything look flat. For a more romantic tip: Actually go explore. Get submerged into cultures, don’t do anything in guides, and ask locals what to do. But don’t just go to locals to ask—talk to locals, make friends, and try to get a sense of the culture, and then they’ll take you to the most amazing places because you are actually connecting with a place—not on a superficial level, but on a real level.