7 Pantry Staples to Expand Your Palate at Home

There's a whole world of canned and non-perishable goodies to be discovered. Photos by Stephanie Gonot.
IndexAnnie WernerStephanie Gonot

Trying new food is one of the best travel incentives there is, but you can still expand your culinary palate while you’re stuck at home with pantry staple tips from these notable chefs.

I ate a sandwich in Barcelona once that changed my life in a very small but important way. It paired things I would never have dreamed of: smoked tofu? Pickled beets? Sprouts? Mango chutney? But the flavors came together in such a delightful way, I had to recreate it once I got back home in New York.

This sandwich had lasting effects beyond my lunchtime repertoire. My refrigerator looks a little different now (and more colorful). I can snack on jarred pickled beets as I please (as opposed to the cheese and crackers I’d normally grab). And I now know that sprouts are a real game changer on salads. My grocery stock is significantly improved because of this singular sandwich, and it’s all thanks to the weeklong Spanish vacation I took in March of last year.

But while I can’t currently seek culinary inspiration from far flung locales, there are still many ways we can enhance our palates while we’re stuck in quarantine. If you’ve ever been one to shy from trying new foods while traveling, now is the time to venture into unknown ingredient territory from the comfort of your own home. 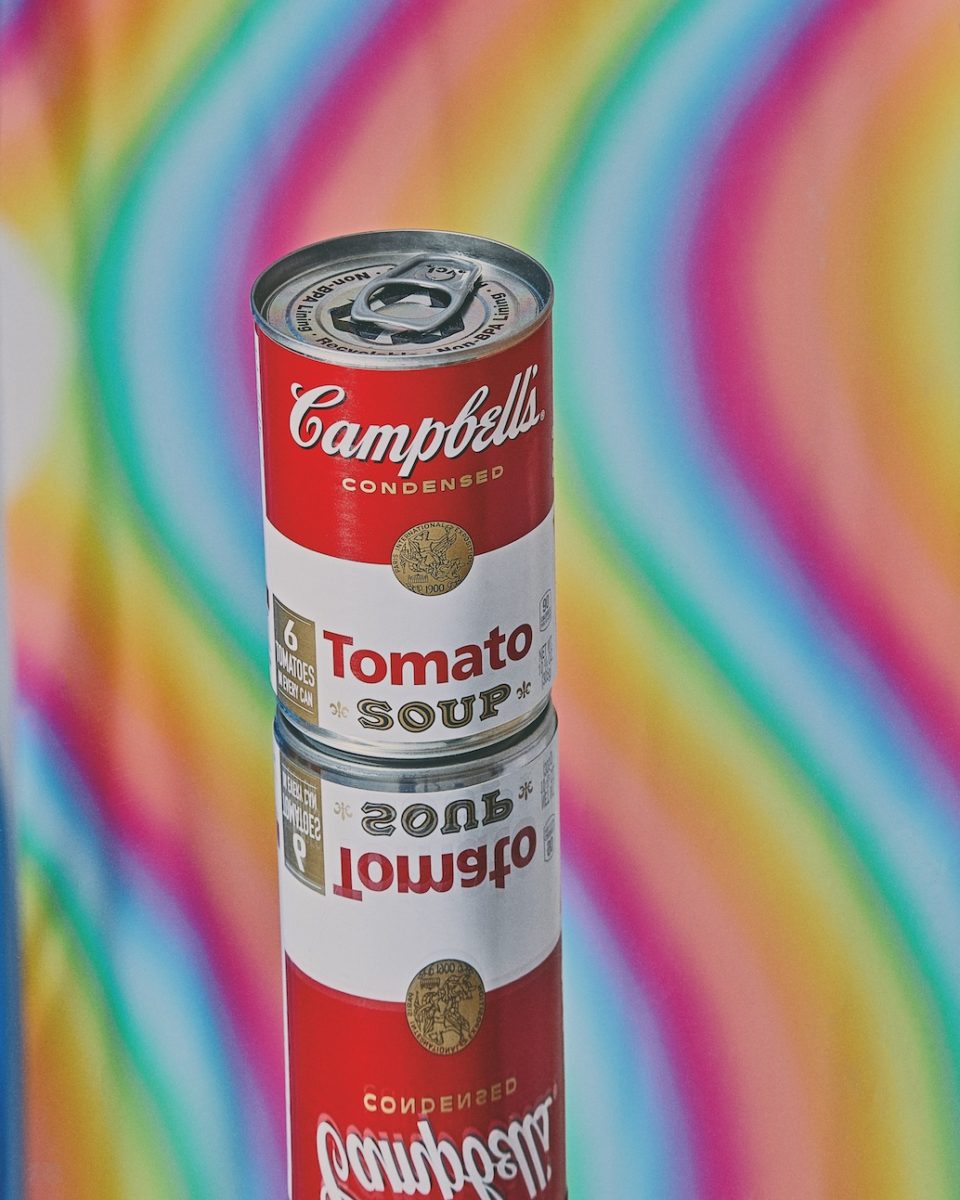 Chef Eric Kwan, a Food Network Chopped champion and head chef at the Museum of Food and Drink (MOFAD) in New York, has been working with the museum on an Instagram “pantry challenge,” helping the average home chef make sense of their panicked grocery hauls and nonperishable staples.

“We really take things for granted here in America,” says Kwan, “but these kitchen skills are just useful life skills, not to mention survival skills.”

A Chinese-American chef with a French culinary background, Kwan has experience getting creative with what he’s got, having cooked family meals for restaurant staffers upwards of 27 years now.

We reached out to a few of our favorite chefs, including Kwan, to see what elevated pantry staples they suggest adding to your next grocery delivery so that you can expand your palate from home. Most of these ingredients can be procured at specialty food markets (with delivery via Mercato) or in the international aisle at your local grocery store. 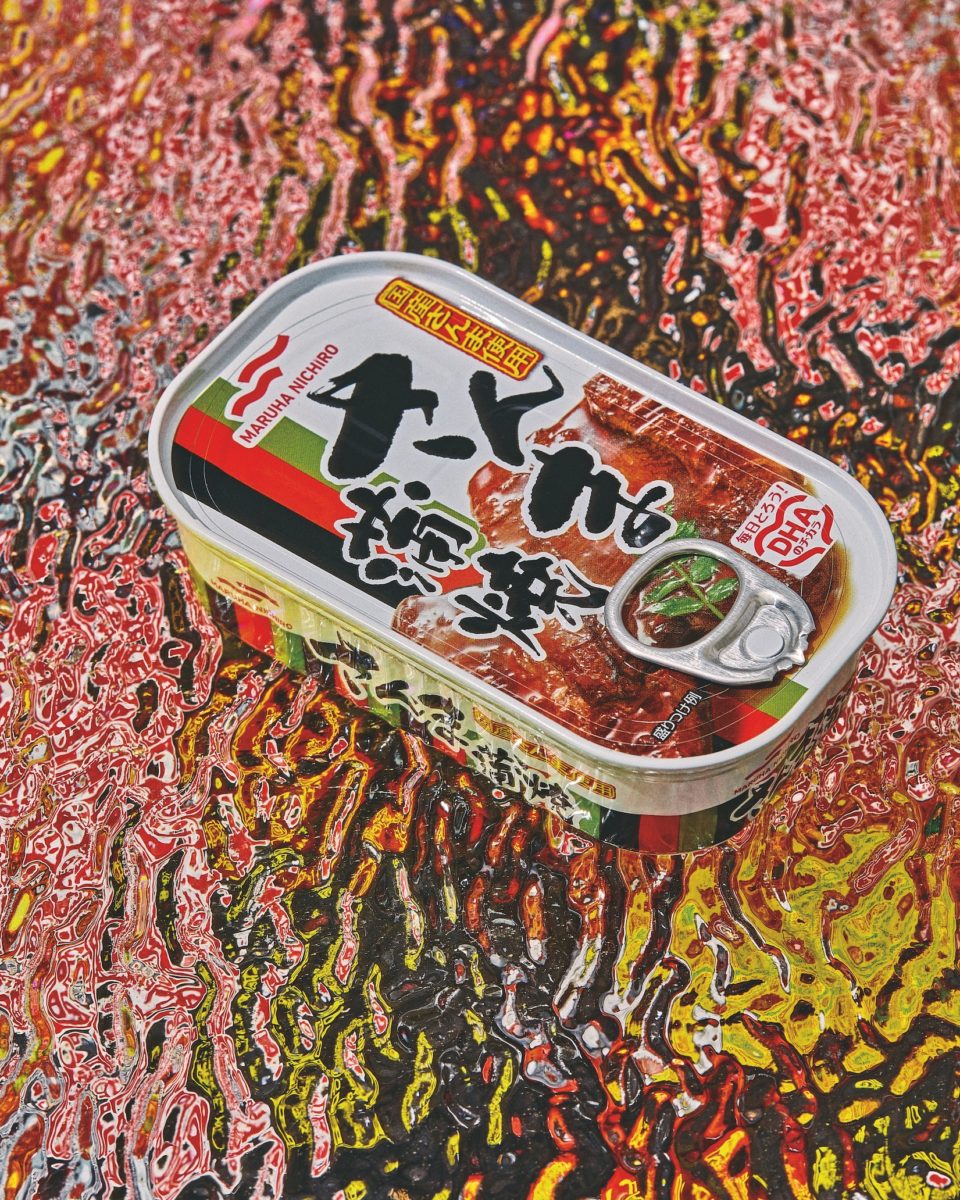 1. Tuna Isn’t the Only Canned Fish

Nothing against canned tuna, but there’s more to the canned fish world than the chicken of the sea. Anchovies seem to be having a moment, and can be used to punch up the umami of any pasta sauce. Kwan, for one, keeps canned escargot in his pantry, and before you scoff: “A lot of bistros use canned escargot and charge like $20 for it.” It’s all about presentation, apparently.

Escargot is a widely used trope in dare-you-to-try-it food narratives, but if you’ve yet to take the leap, it’s relatively easy to achieve restaurant quality snails. “You take it out of the can and rinse it; make that simple butter, shallot, garlic, and parsley sauce—maybe add some white wine and sprinkle breadcrumbs on top if you have it; and then put it in the oven,” says Kwan. If you can tackle this at home, imagine what you wouldn’t try once you’re ready to travel again.

2. Bring Sumac Into Your Life

“Sumac should be your new best friend in the kitchen,” says, Agatha Kulaga, CEO & Co-founder of Ovenly. Native to the Middle East, sumac is made from dried red berries crushed into a coarse powder. “It is citrusy in flavor and has a bright, tangy element to it. Its complexity provides nuance and depth and ends up being dangerously addictive on many foods,” adds Kulaga, who likes it sprinkled on top of smashed avocado, soft-cooked eggs, and salty buttered popcorn. She also notes that it can also be used as a rub for fish and other meats as well as dusted over sweet treats. 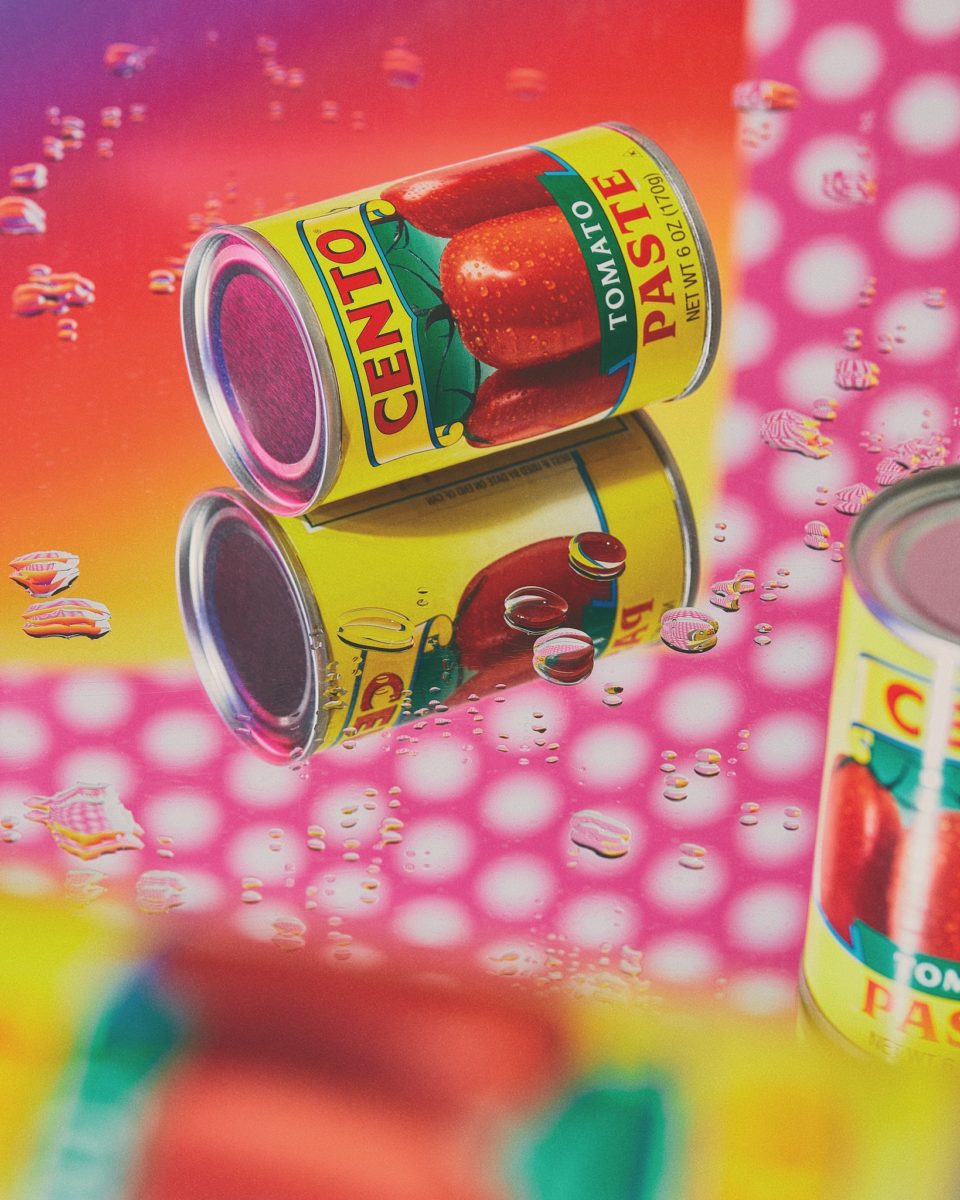 3. Up Your Soy Sauce Game

Sometimes expanding your palate isn’t about really wild and out-there ingredients: It can also be about understanding the nuances of simple ingredients. First: There are three main kinds of soy sauce: “Dark soy sauce, regular, and light soy sauce,” says Kwan, “each have a different use. Dark soy sauce adds depth of color without the salt, for example. If you were marinating a chicken, it’s what gives you that nice mahogany color.” Kwan suggests using combinations of the three to make marinades.

“I have so many different kinds of soy sauce in my pantry,” says Kwan. “Different brands have different takes. There’s Japanese soy sauce and Korean soy sauce—I would play around in the future with buying your next soy sauce just so you can see the nuance.”

4. Oyster Sauce All the Way

“You’re only ever three ingredients away from your basic stir-fry brown sauce,” says Kwan. ”Oyster sauce, water, and cornstarch.” If you want to be next level, just add any combination of shallots, garlic, ginger, scallions, herbs, and chicken stock (plus a little sugar for balance). Oyster sauce can easily be added to any instant ramen you’re cooking up to add a little umami depth. 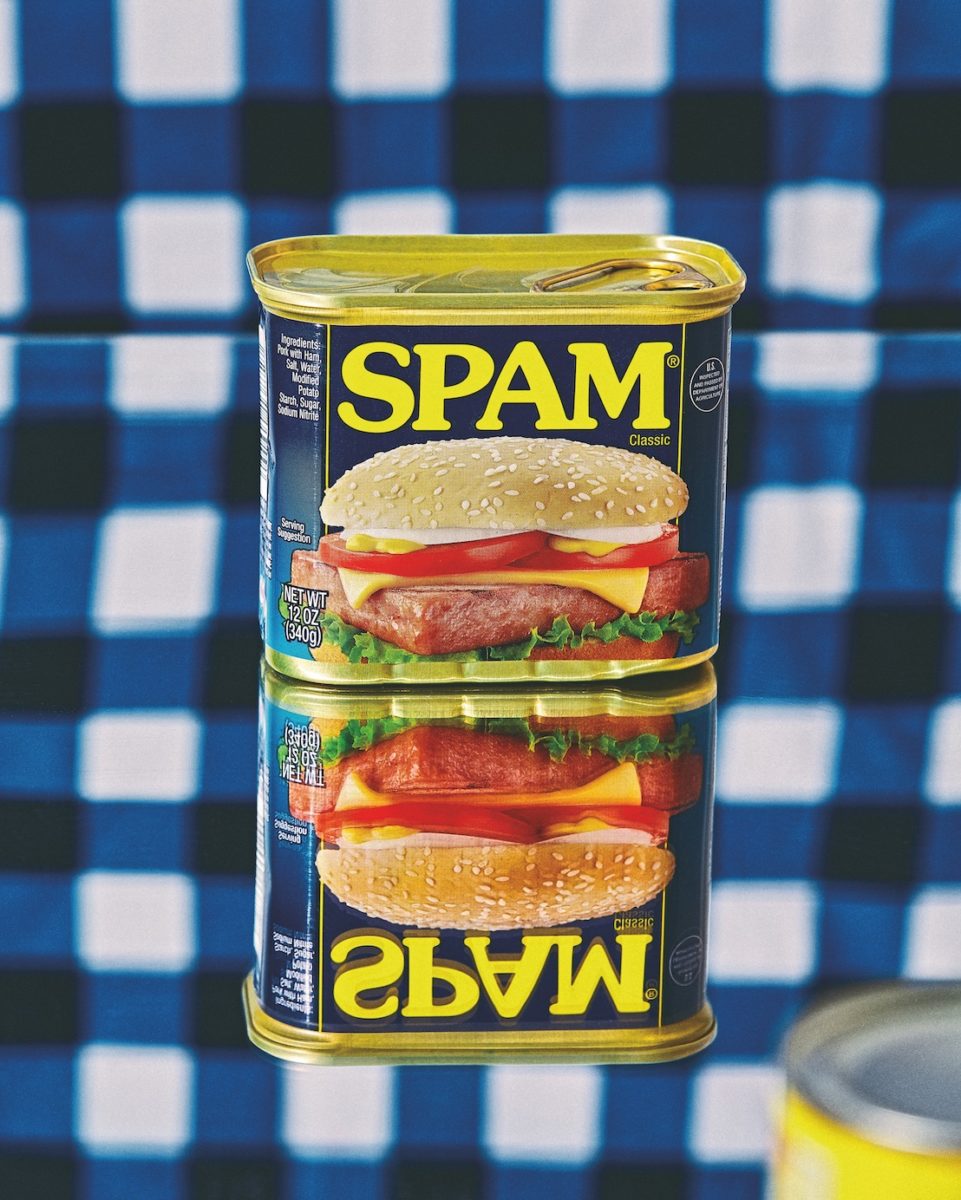 Spam is most popular throughout the Pacific, including in places like Hawaii and Guam.

Cured meats are an often overlooked pantry staple—they’re packed with protein and flavor, and they almost never go bad. Cured meats are also endlessly versatile. Chef Naill Davidson from Allta in Dublin loves Ventricina, a cured and spicy Italian pork sausage that also happens to made in-house at his restaurant. “You can eat it raw, in the base of ragu, in eggs…,” says Davidson. For the extra-ambitious, there’s a tutorial on how to make it here (or just glimpse at what exactly goes into curing this delicious meat).

6. Fish Sauce for Next Level Vinaigrettes

Another Asian pantry staple for the books, this versatile condiment is made from fermented fish, adding a touch of umami to any dish. “It typically needs to be balanced with honey or sugar. Add a little lemongrass or ginger and you have a nice quick vinaigrette,” says Kwan, which can be used on salads or for marinades, but Kwan loves to use this recipe over roasted Brussel sprouts. “You could also add a little chili or some lime juice,” he says. 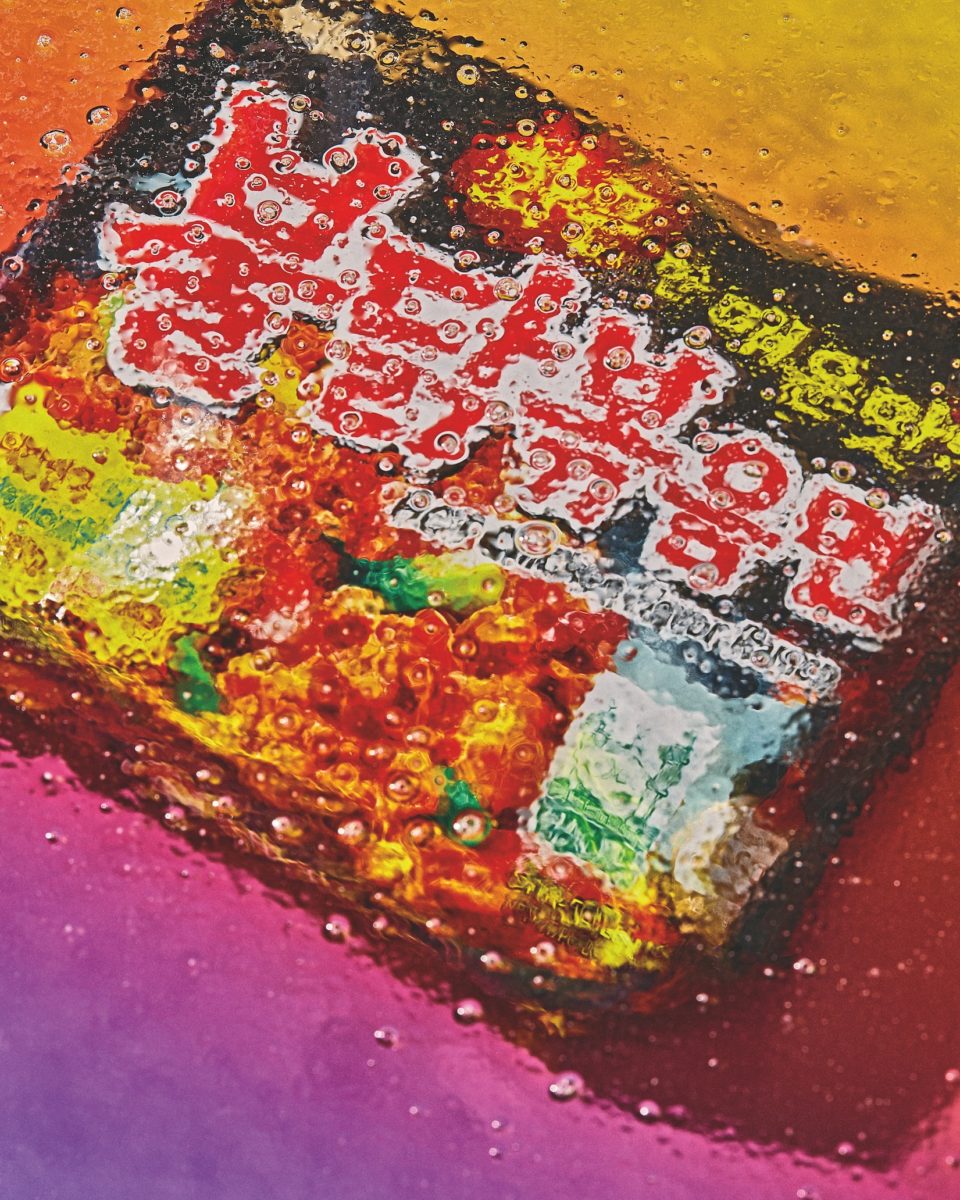 Instant noodles: long after college, we still love them.

“While heavy whipping cream has an expiration date, coconut cream can sit on your shelf for ages and be whipped up into the most luscious cream topping for any dessert,” says Agatha Kulaga.

Its flavor, fat content, and thick consistency make it a great addition to a variety of sweets. “My relationship to dairy (butter, I love you!) goes very deep, but coconut cream is a perfect substitute for dairy,” says Kulaga.