The Off Season Is In: Northern Morocco in High Summer

Don’t let the heat deter you: Visit Tangier, Chefchaouen, and Fes in summertime for Morocco’s best hotels, cafes, and spas—minus the crowds.

High summer in Northern Morocco is the season when most sensible people choose to go elsewhere in an effort to beat the heat, but traveling around Northern Morocco in July or August offers a gateway to the country in its best, rawest (if relentlessly heated) form. As its colors deepen in the sun, its scents become more pungent, its legends more alive, and its people more animated with stories. 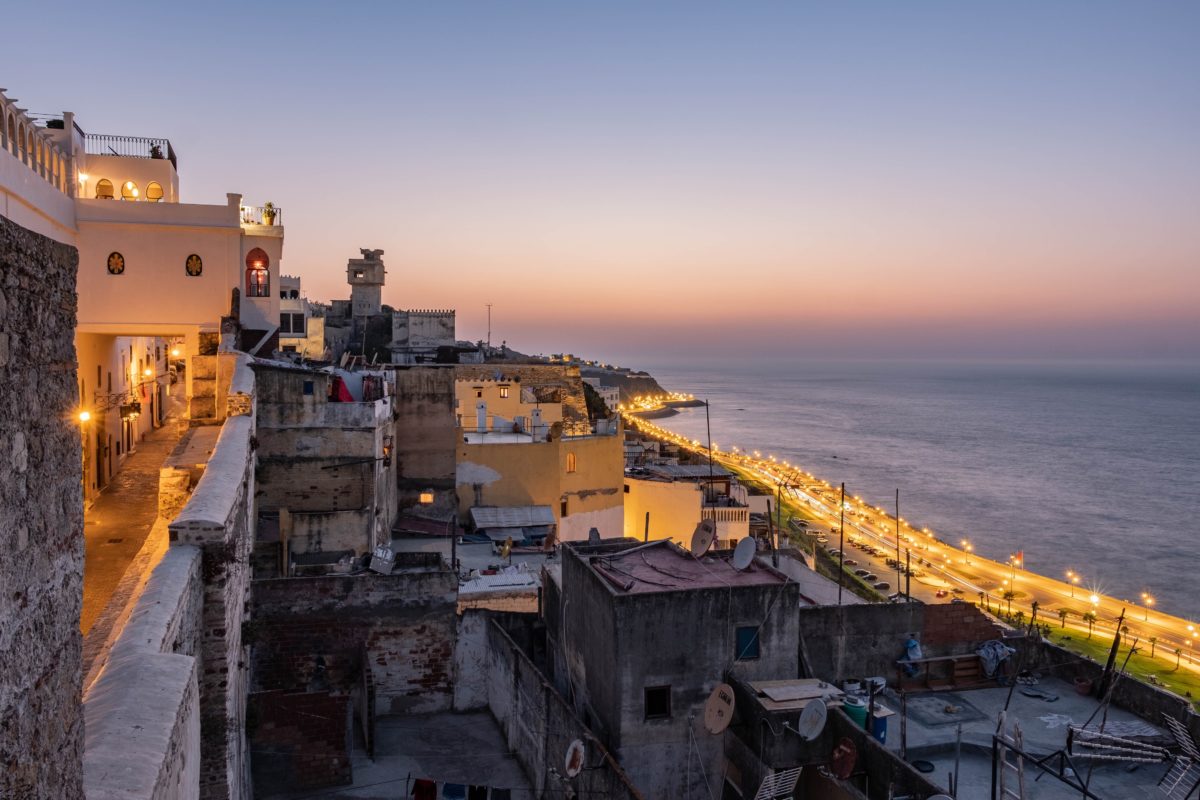 Even the most luxurious riads, traditional Moroccan houses, or palaces with an interior garden or courtyard are often affordable. In Tangier, live like a king in the Kasbah at Hotel Nord Pinus with sweeping views of the Mediterranean, Rock of Gibraltar, and, on a clear day, Spain. In Chefchaouen, check into the enticingly new, eclectically designed Dar Jasmine set opposite a world of blue. In Fes, settle into the secret world of the once-private estate Palais Amani. Hotel prices remain steady and relatively inexpensive throughout the year, becoming only slightly less costly in the summer months; however, a summertime visit brings with it promises of fewer crowds, both in your accommodations and around town. 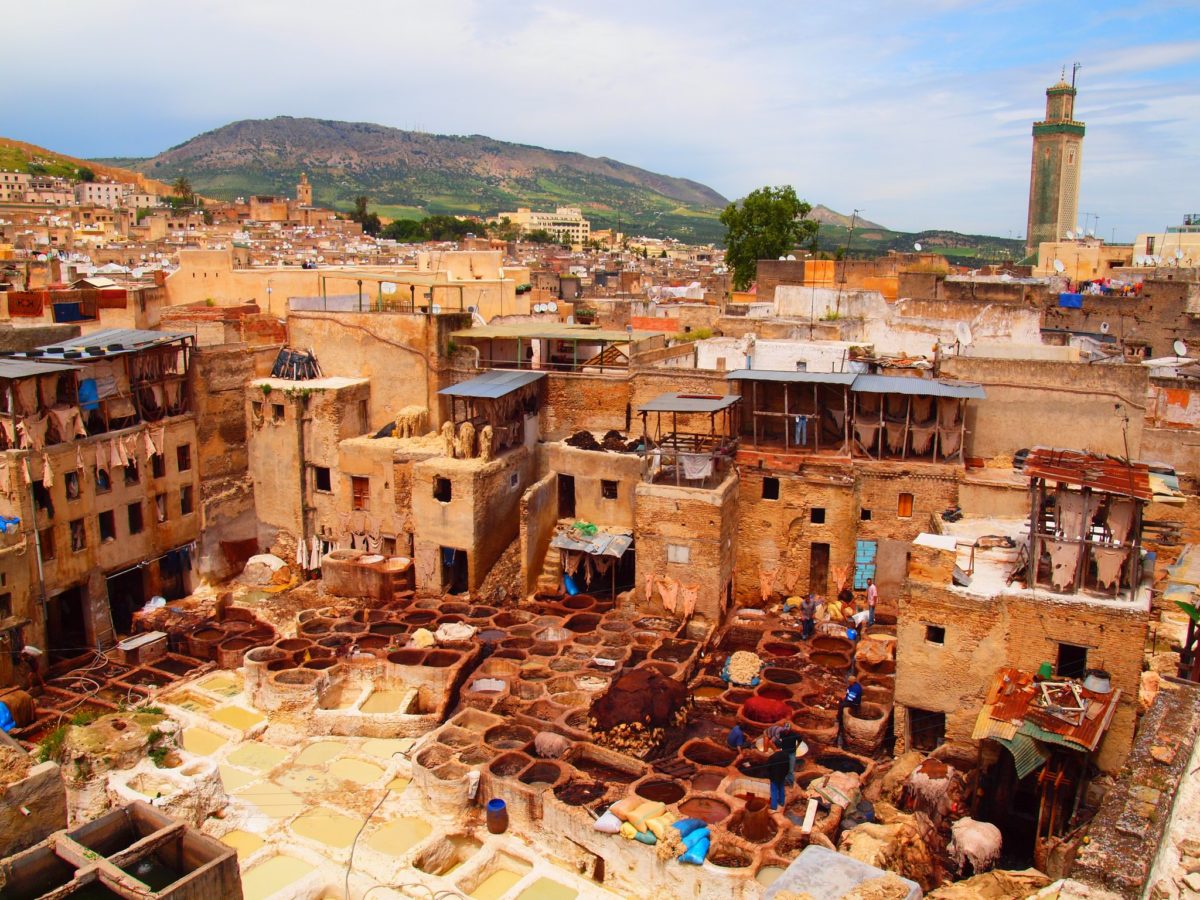 In Fes, immerse yourself amongst the goods and wares of the medina markets. Photo by Torrenegra.

Airbnbs range from rooms in a guest house for $36/night to private riads centered around pools and equipped with beds for a dozen for $144/night.

Often the cheapest way to fly from the States is by making a pit stop in Madrid and then jumping into Morocco via RyanAir. Flights from New York to Madrid in summer average around $500, and flights from Madrid to Fes around $120. Flying directly to Fes, the largest of the three cities, will run around $1,200. 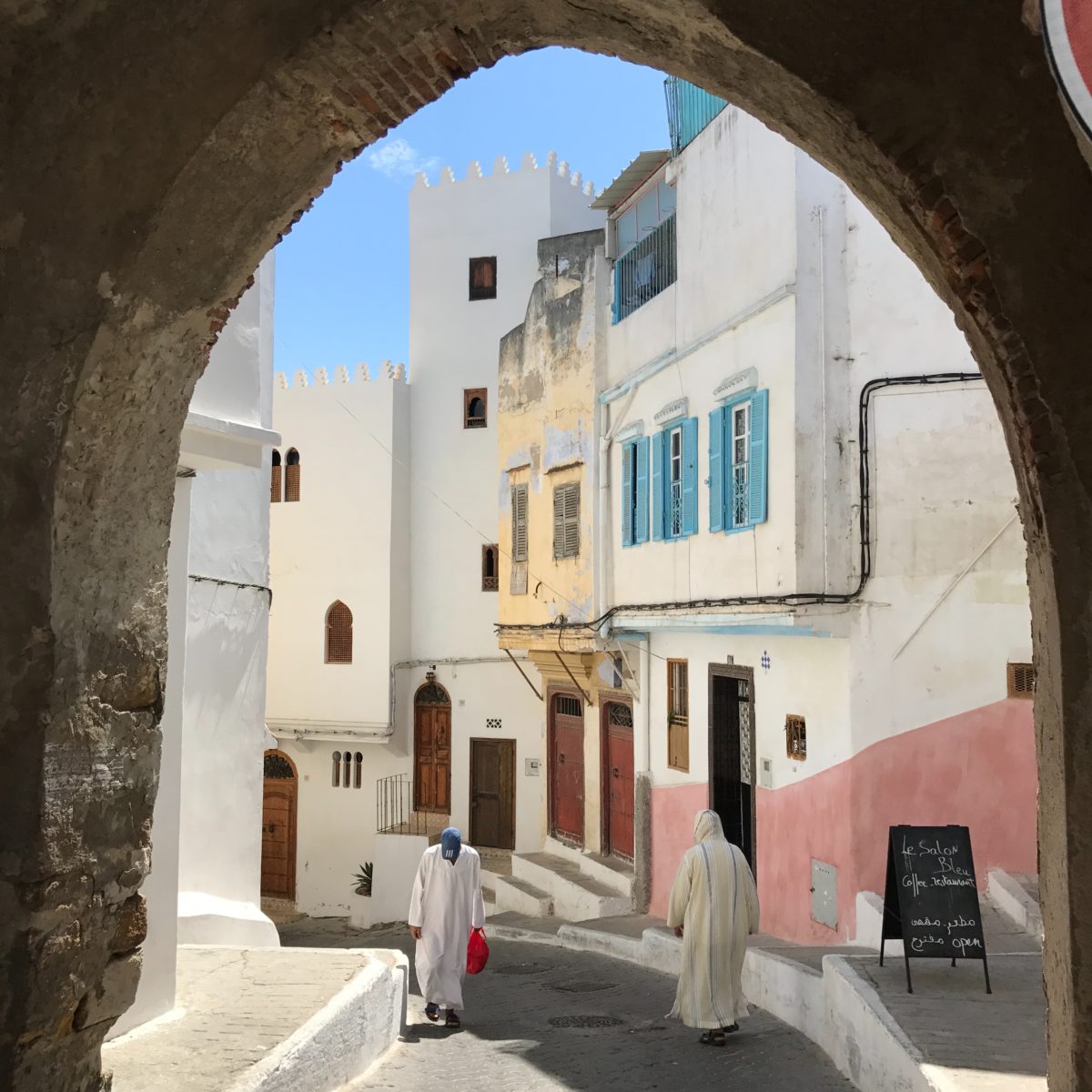 People often overlook Tangier in the summer months, but there are few places better to enjoy the Mediterranean. Photo by Andres Giusto.

Traveling through Northern Morocco in summer is the way to the authentic heart of the country: the good, the smelly, the mysterious, the overwhelming, and the unforgettably beautiful. Start in Tangier, an oft-overlooked jewel, where Mediterranean summertime breezes blow through the city’s cafes and bougainvillea-lined streets. Next, move on to the blue-washed village of Chefchaouen set in the shadow of the Rift Mountains, where the low season means a lull in Instagram-picture-seeking hoards. End in triple-digit temperature Fes, where you can take advantage of the lack of crowds and spend days wandering through the spiderweb that is the old medina—all 9,000 streets of it.

Plan for scorching days with comfortable shoes and breathable clothes. Water purification tablets, hand sanitizer, and medicine for travelers’ stomach will give moving through the country in full heat a sense of ease. 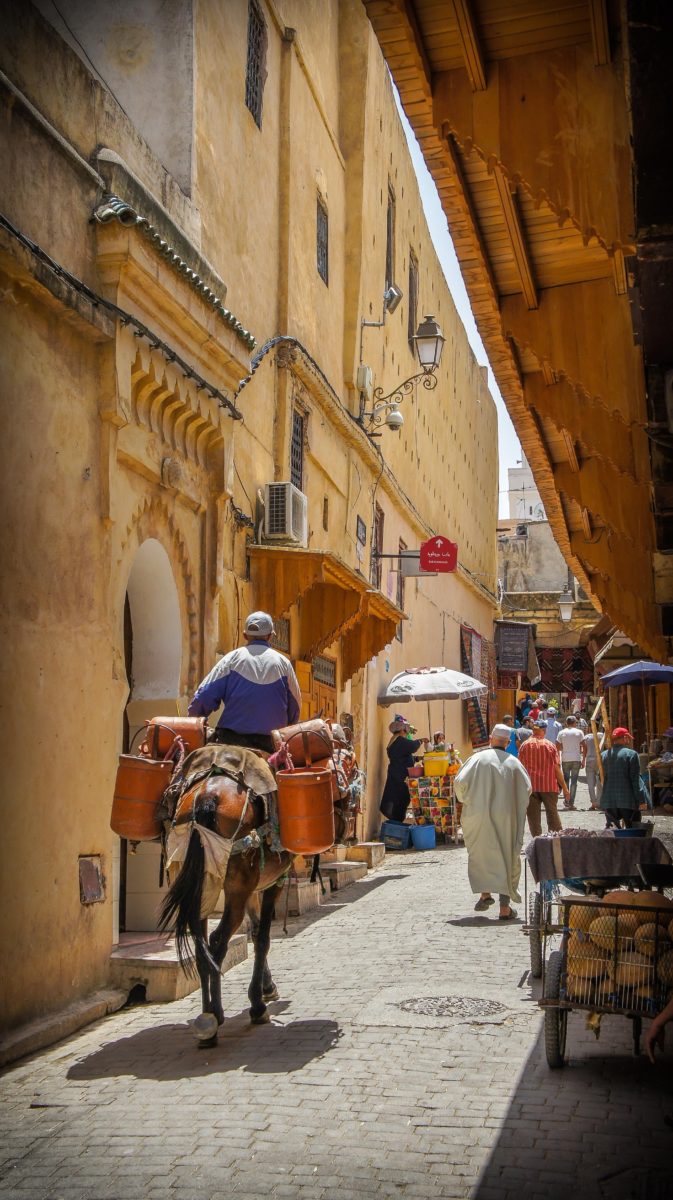 The old medina in Fes is comprised of 9,000 winding streets. Photo by Vince Gx.

What’s On In the Off Season

Café and Cinema in Tangier

Café society rules in Tangier, and enjoying a mint tea in the open air overlooking the Mediterranean is as good as it gets. Join local teenagers and millennials at Café Hafa, where rows of balconies are built into a cliff overlooking the Mediterranean. Gran Café de Paris is about as nostalgic as they come; you half expect Truman Capote to walk in, cigarette in hand. Cool off at the end of a hot day at stylish Cinema Rif, where a mix of Moroccan and European films play in an old-world theater that doubles as café and local hangout. Cap off the night at beat poet haunt LaTangerina or posh expat hang El Morocco Club. 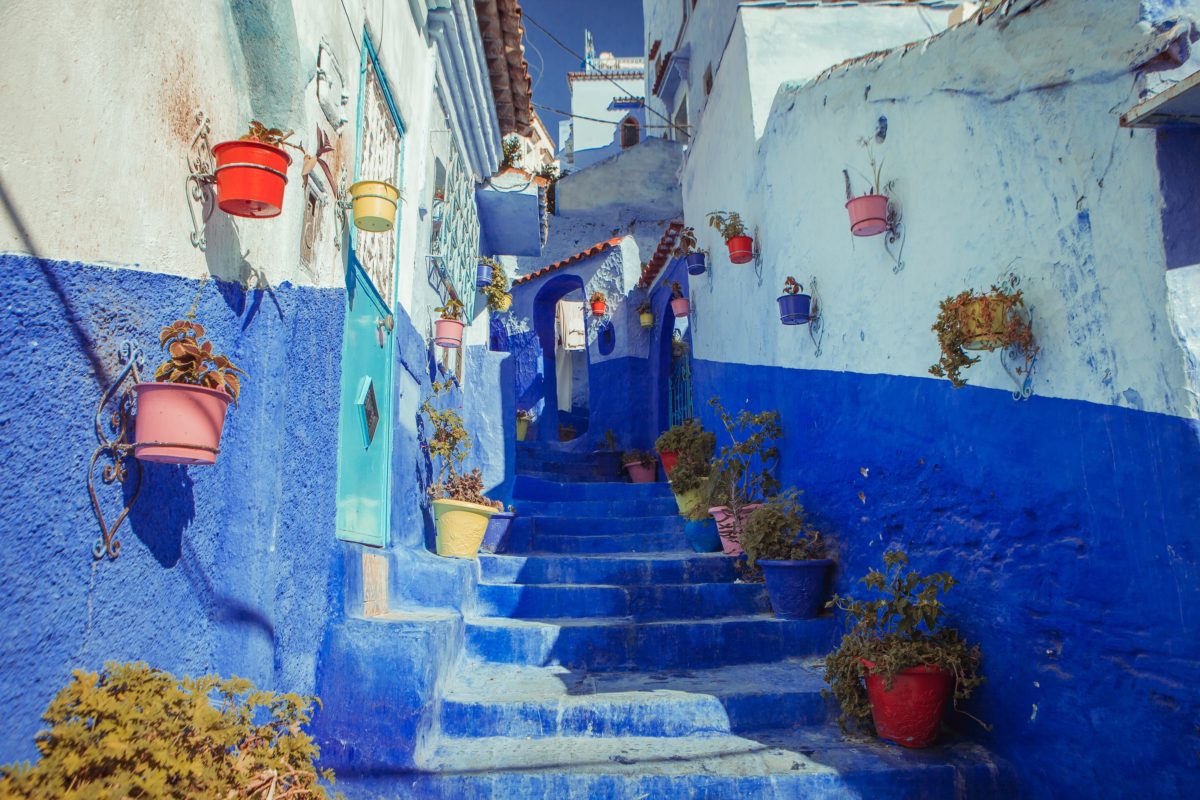 Chefchaouen isn't only one of Morocco's most unique cities—it's also one of the best places to purchase the country's famous rugs. Photo by Jaanus Jagomagi.

The off season, and the lack of tourism that comes with it, means carpet salesman—and there are many—bring their prices down to a fraction of what they usually charge. Take advantage of the seasonal sales and browse the vast selection of majority Berber weaves. Virtually all vendors will arrange shipping if you didn’t pack an extra bag.

Cooking and Bathing in Fes

Try your hand at preparing couscous and tagine from scratch at the Fes Cooking School, where talented chefs take a rare break (thanks to the lack of tourists to cook for!) to guide you through shopping in the medina markets and then through the long process of preparing a sumptuous Moroccan meal.

End with a traditional hammam and scrub the day away in a series of heated, steamy, often ornately-tiled rooms. Ubiquitous throughout the country, you can opt for local, communal options that cost little more than a few dollars or indulge in a private retreat like the one at Les Bains Amani.