We pass by towns like Barstow, California, all the time on road trips without ever considering the life that goes on there as we whip down the highway. Photographer Timothy Shivers reflects on what it’s like to actually live and grow up in one of those “in-between” places.

I grew up in Barstow, California, a small desert town located between Los Angeles and Las Vegas. If you know it, you know it because you’re my mom reading this article (hi mom), or you know it as, well, that place you drive through between Los Angeles and Las Vegas. Maybe you stop for gas and eat at the original Del Taco or shop at that one outlet mall. Maybe you drive straight through, on Interstate 15, gunning to your final destination, without blinking twice. Whatever your interaction with it, Barstow is not your final destination. It is simply a place between here and there. Perhaps it is an object of your curiosity or pity that forces out the inevitable question: Who lives here? 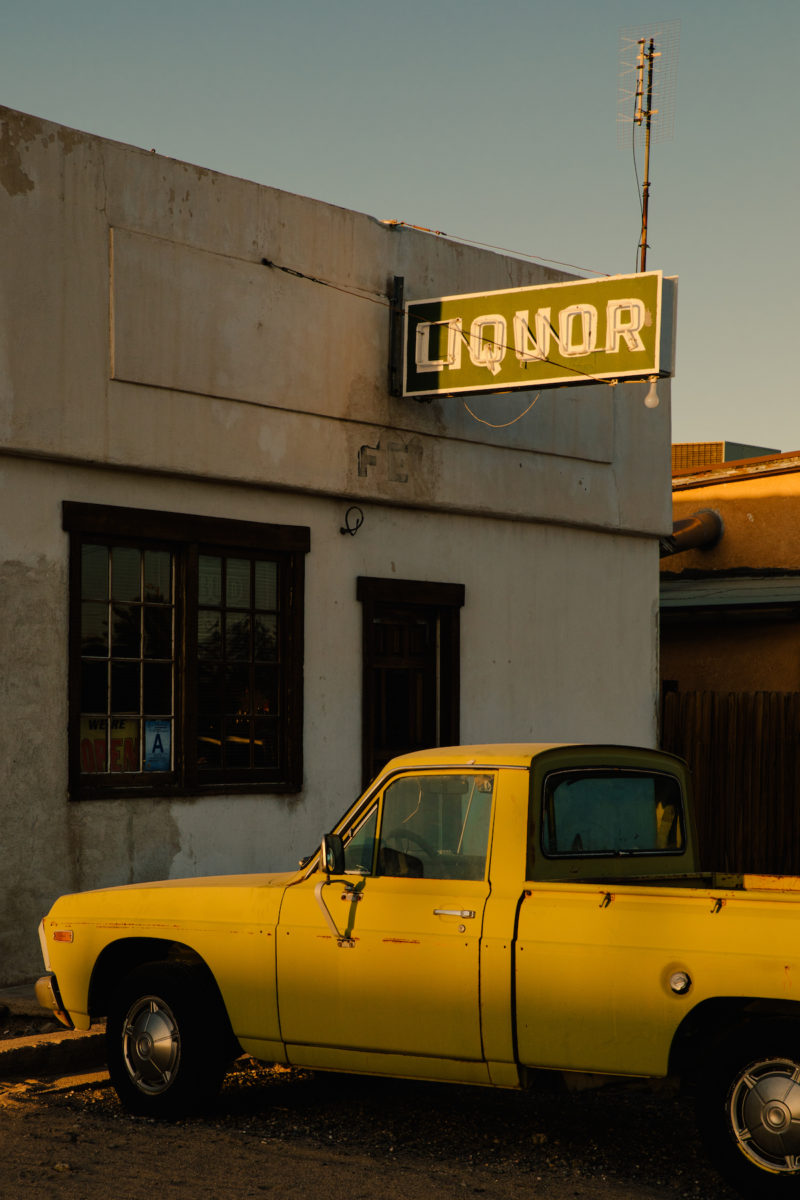 An essential business in Barstow, California. 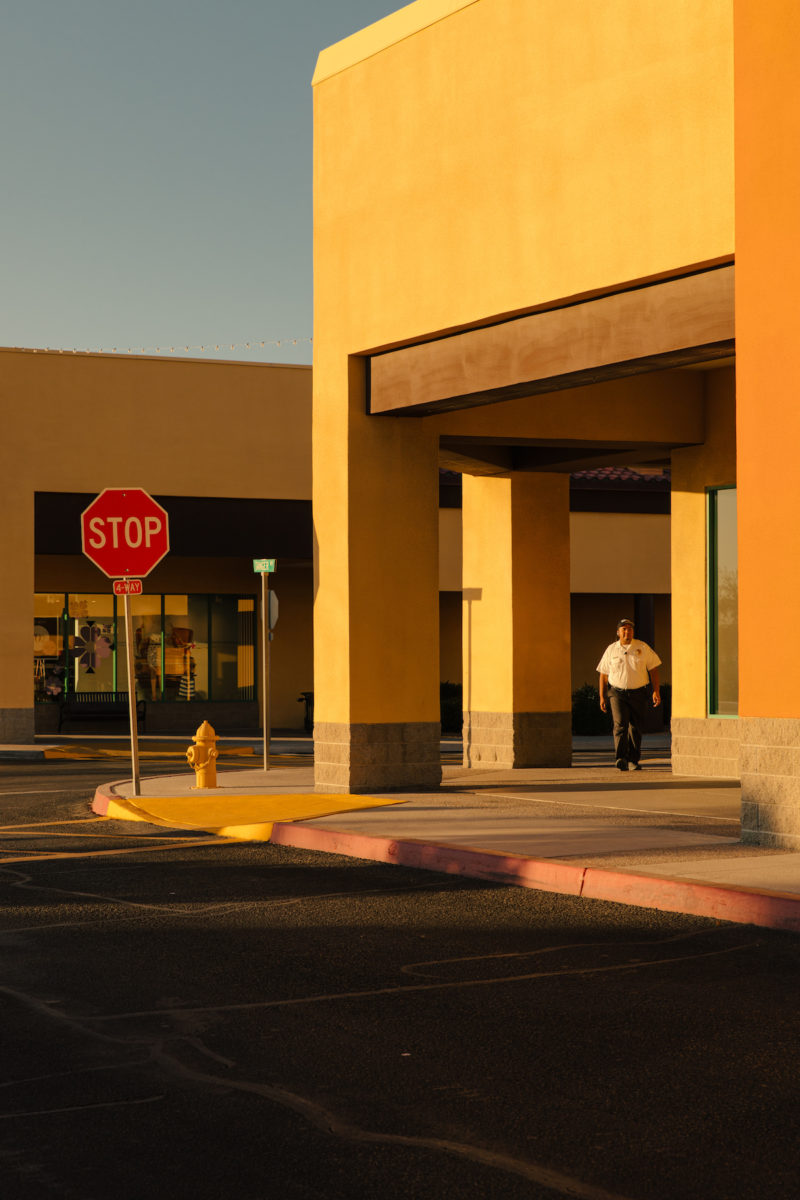 The Outlets at Barstow—a more notable stop along your drive.

For the first decade of my life, I lived here. Growing up in Barstow meant catching lizards after school, toilet papering a sibling’s ex on the weekends, and spending birthdays at the cemetery. We had a drive-in theater and for some reason I still don’t comprehend, we celebrated Halloween on some day other than actual Halloween.

We have a few claims to fame, however. The town takes extreme pride in being the home of the Del Taco fast-food chain, but its biggest legacy is the 1993 case against PG&E for contaminating the town’s drinking water with hexavalent chromium, made famous in the 2000 film Erin Brockovich, starring Julia Roberts.

Since then, the Hollywood spotlight has shown dimly on a few residents: My brother’s basketball teammate ended up in Kelly Rowland’s “Stole” music video, a member of my family’s church played an extra on SVU, and my sister’s model friend ended up on the back of The Cheesecake Factory menu. My personal favorite of Barstow’s more recent brushes with fame is when That’s So Raven star Orlando Brown was found hiding and later arrested at his apartment in Barstow—not such a nothing town after all, huh? 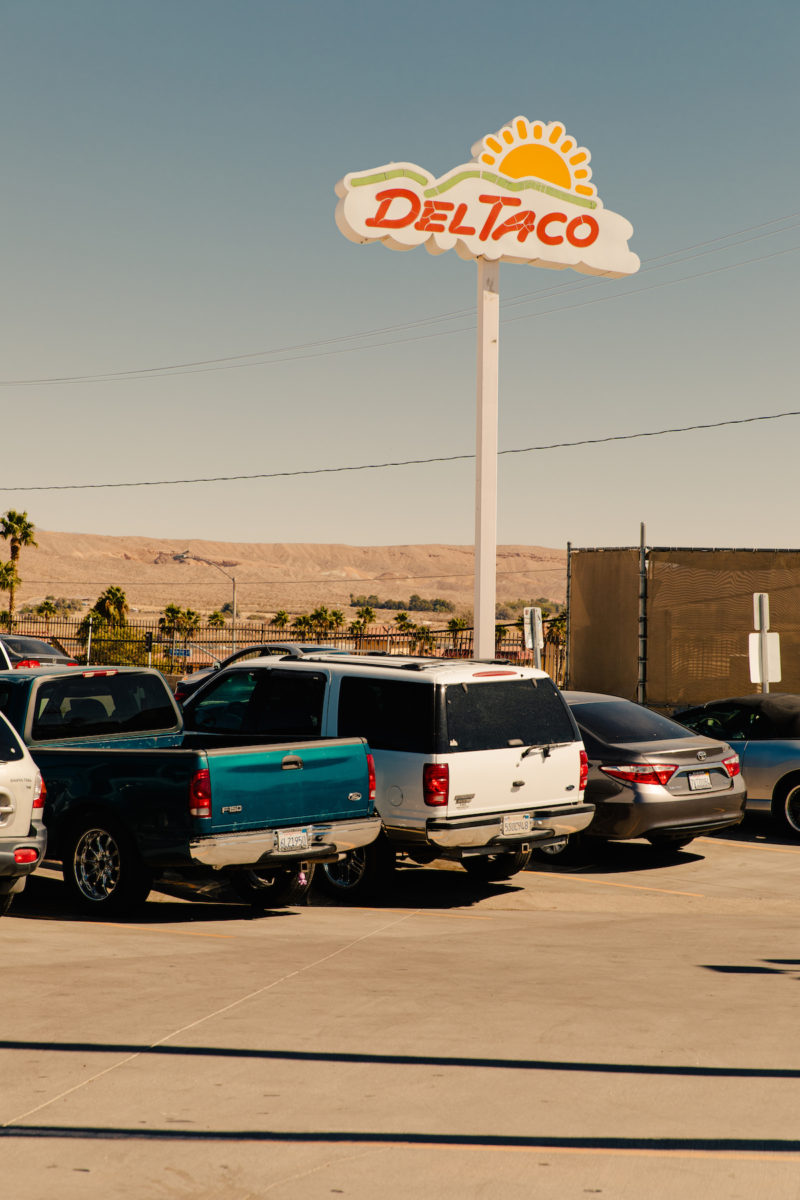 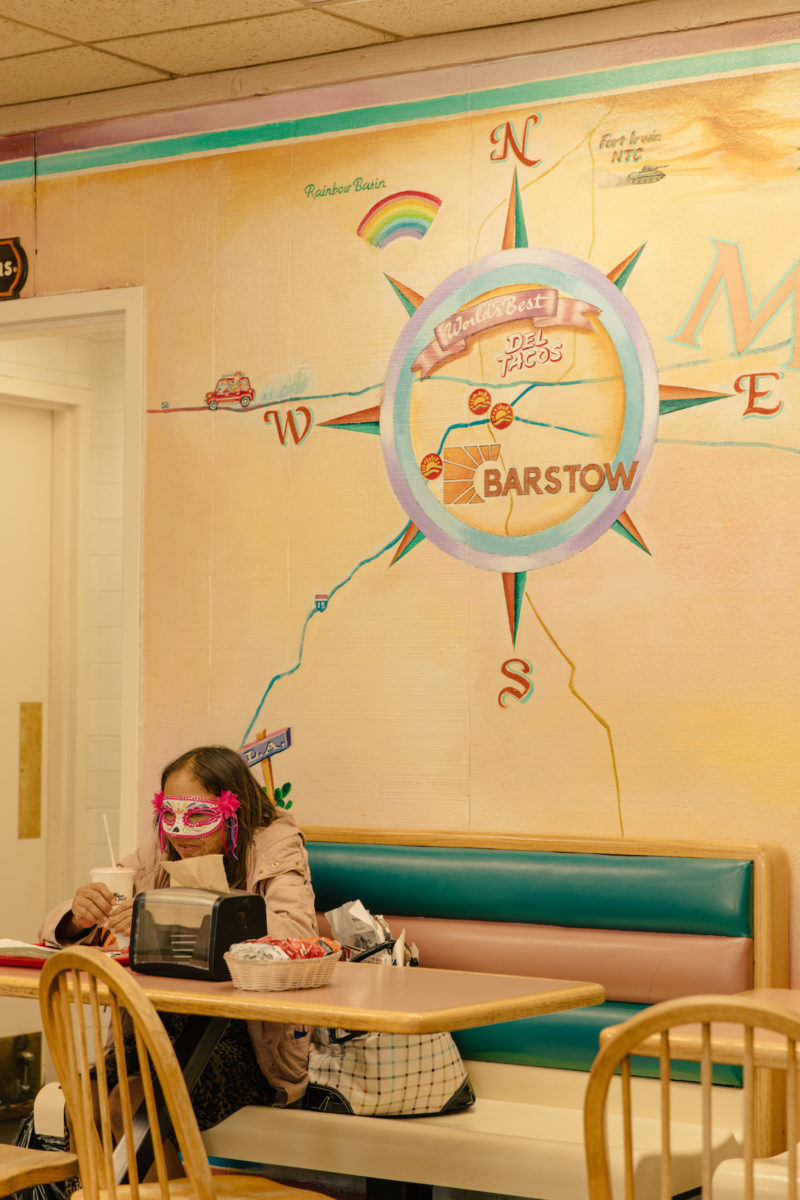 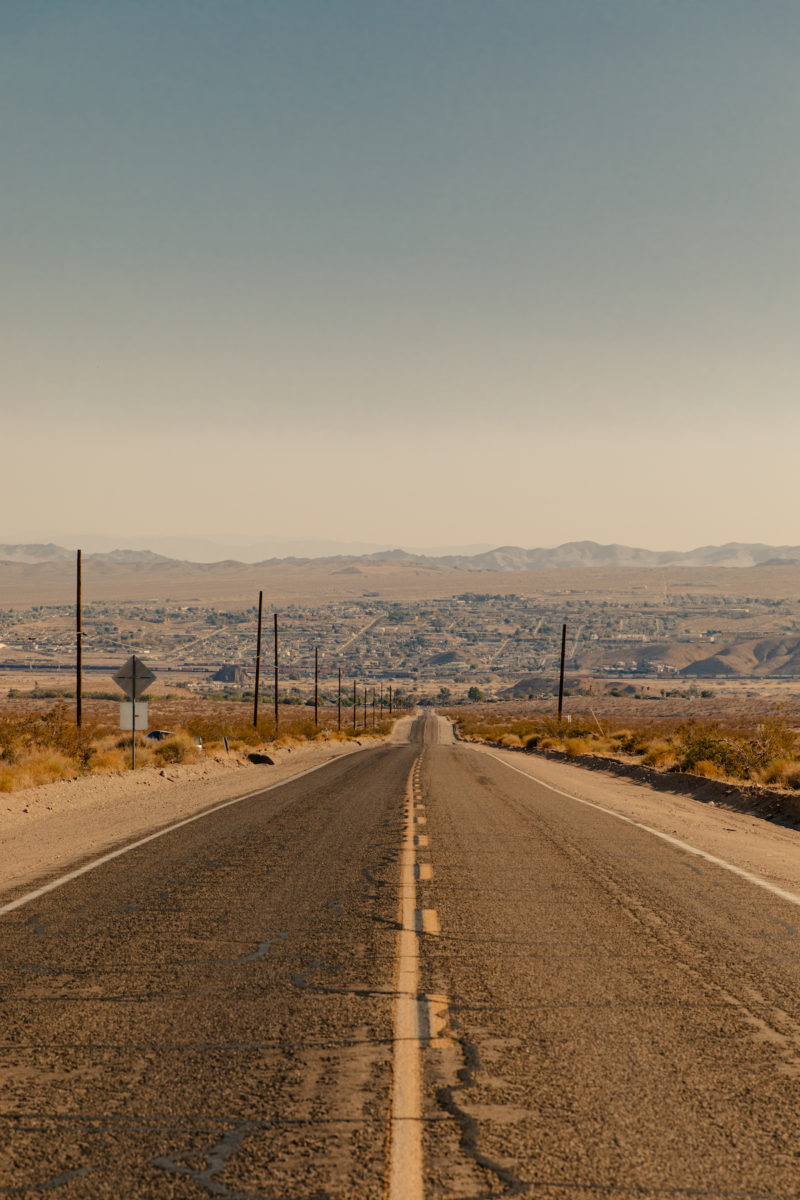 This is the travel guide I would give you if you told me you were headed to Barstow: You’d drive through Route 66, the highway that made the West Coast a thing. You’d eat the best Mexican restaurants in Southern California (Plata’s, Lola’s Kitchen, and Rosita’s). And you’d end the day with one helluva desert sunset. History, food, and nature—what more could you ask for? 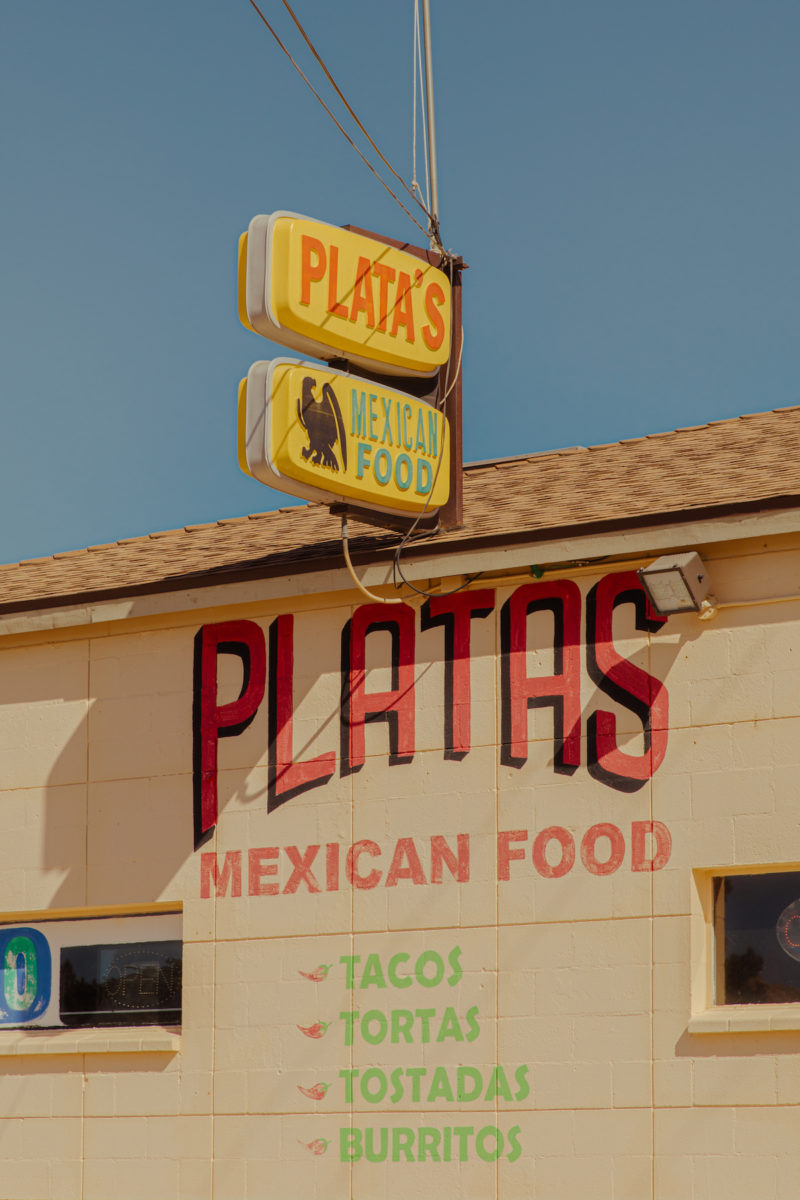 Plata's Mexican Food in Barstow, California—some of the best you can find in the state. 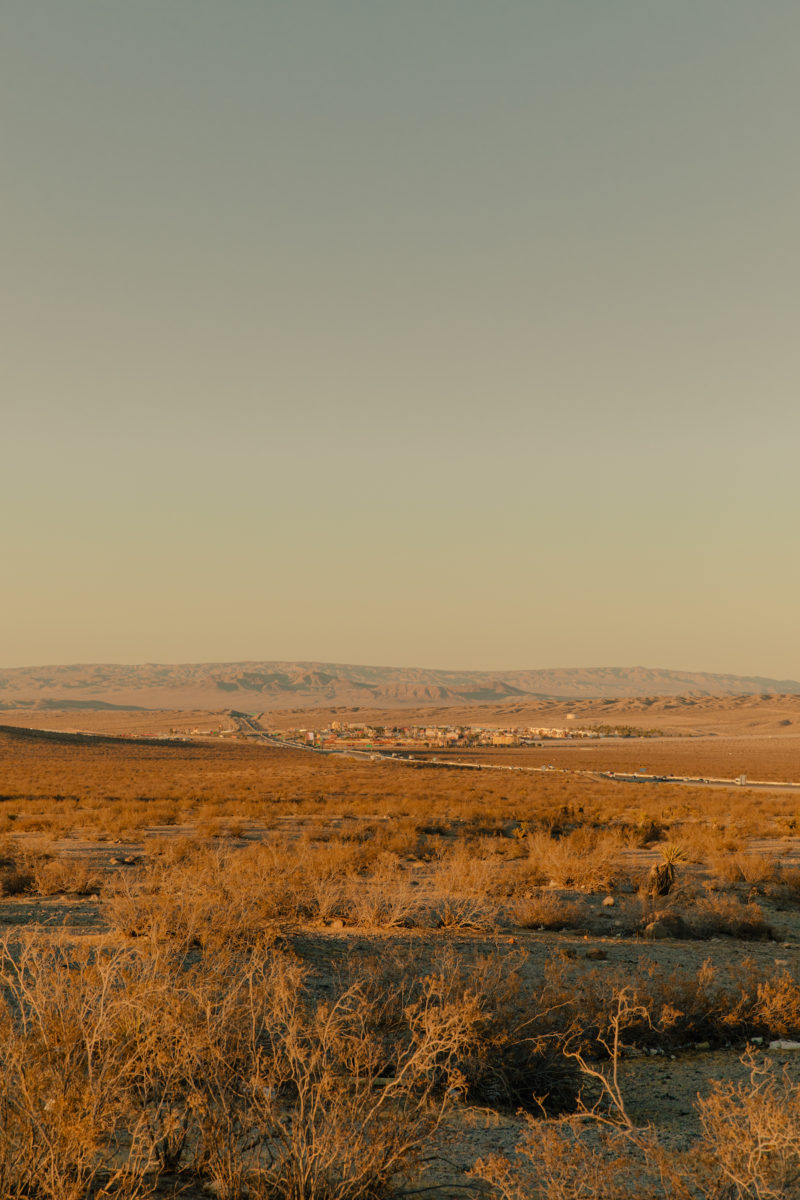 Look one way and there's the town. Look the other way: pure desert.

It doesn’t have the coffee shops or the design or the culture of more notable California desert towns like Palm Springs or Joshua Tree, but this is not some great injustice. Barstow doesn’t care if you know or like Barstow. Nor do its residents care if you know or like Barstow—they are fine, living their lives, simple and uninterrupted, with or without your knowledge of their existence. Drive on by, or stop and stare, it makes no difference other than the congestion of their freeway on a Sunday night. 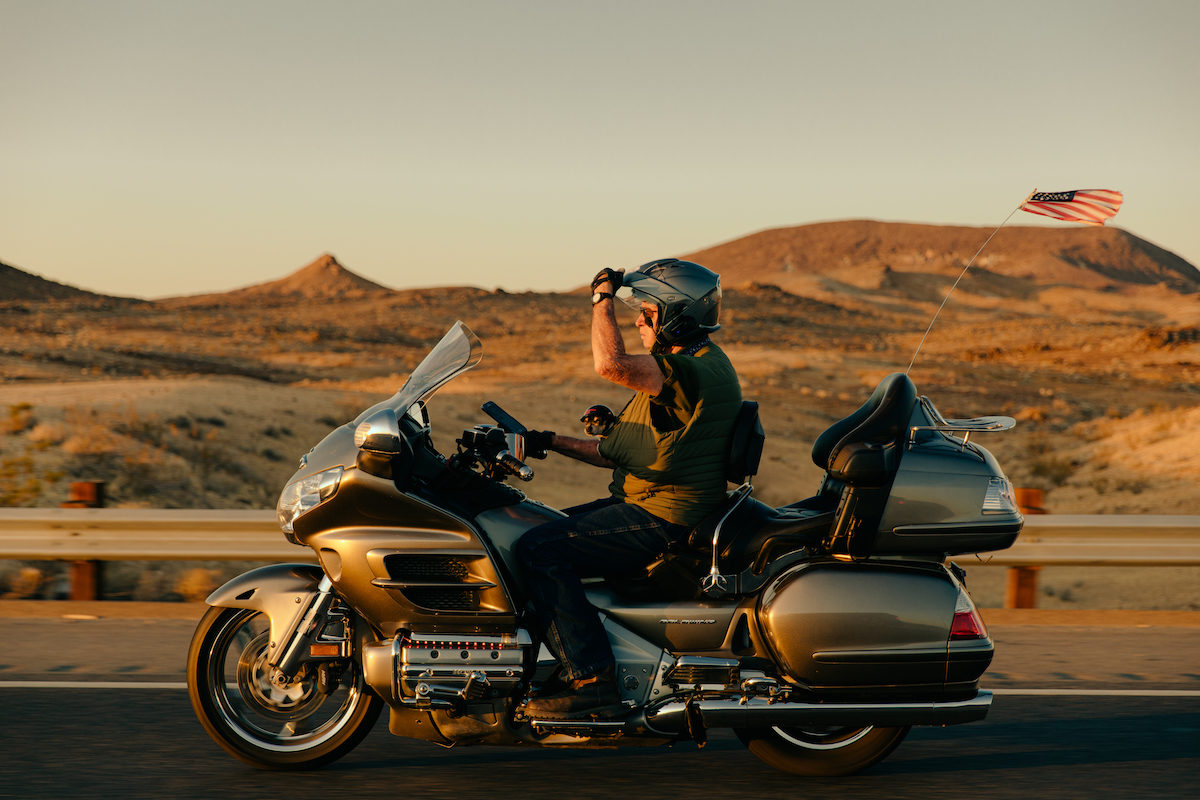 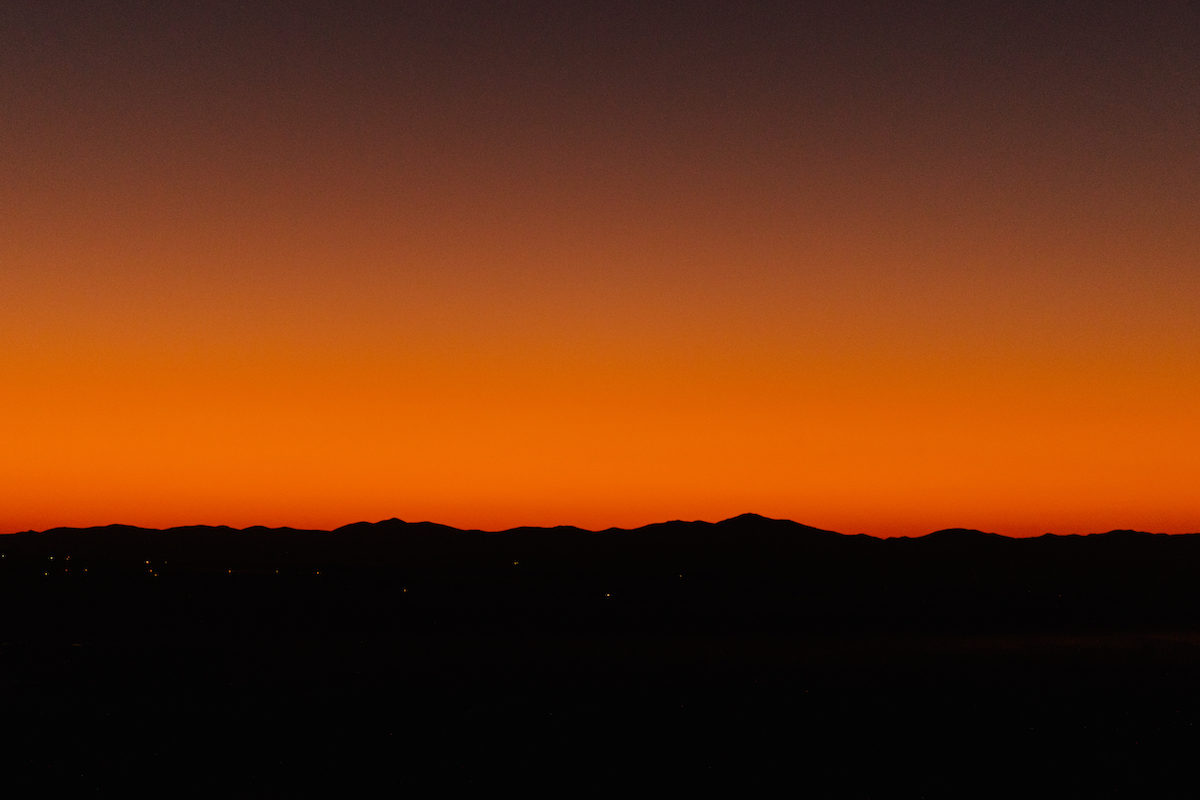 Did we mention these sunsets were epic?

I imagine the day l take my future husband to the town I grew up in, my future husband who is from a big and civilized city, maybe even Los Angeles herself or something far away, like Boston. When that day comes, it will certainly be easy for me to diss the small town now that I, too, am a civilized person who “got out” and pays his New York City rent. I will arrive in my peacoat (no Aunt Tishy, I don’t care that it’s 78 and sunny) and will cringe my way through the tour, patting myself on the back for making it out alive. But my inner dialogue will be loud (I know, because I’m in therapy now, therapy in the big city):

Thank God I made it out of there.

This place made you who you are!

Oh Shit. This place made you who you are. 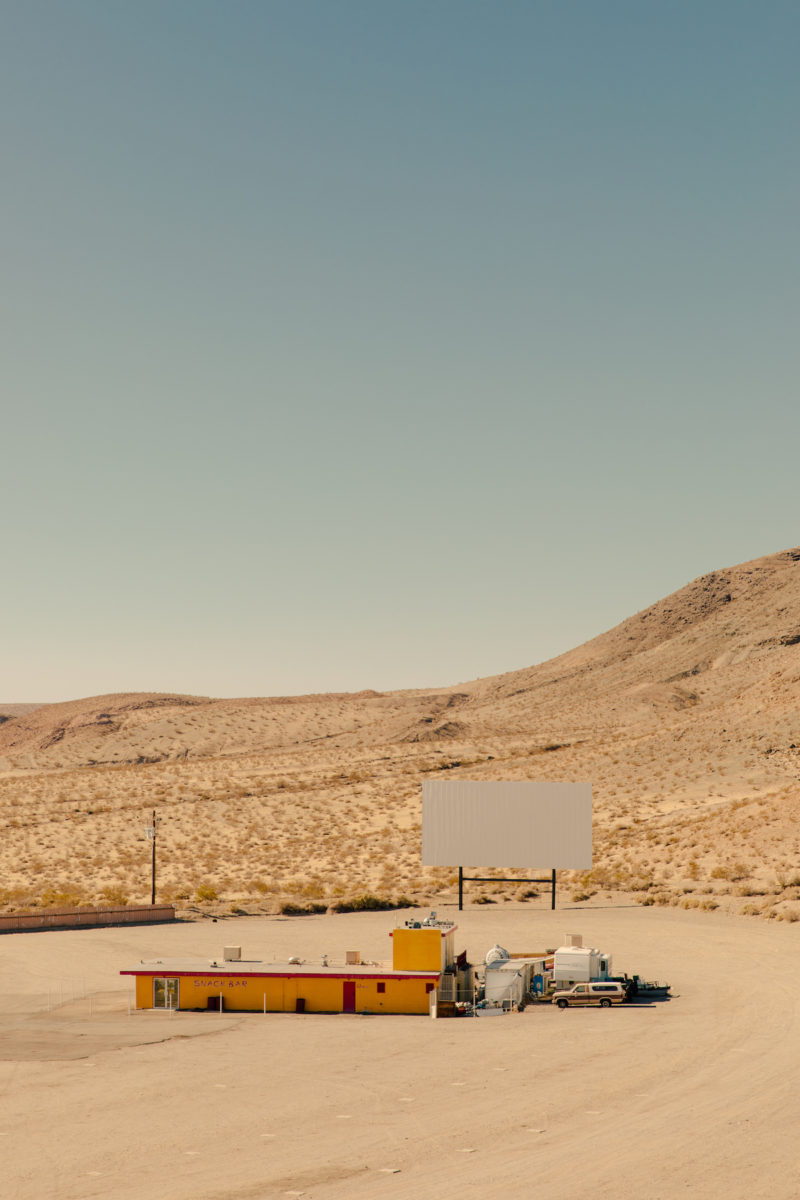 The drive-in theater in Barstow, California. 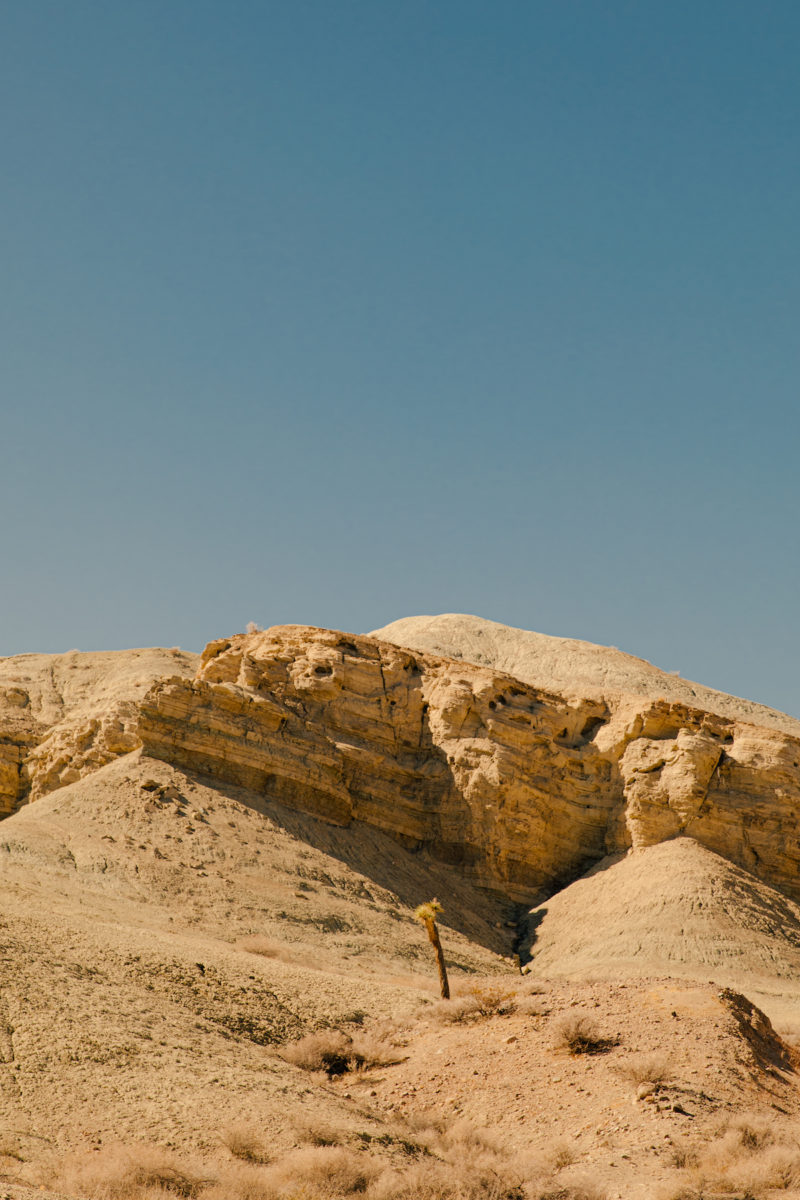 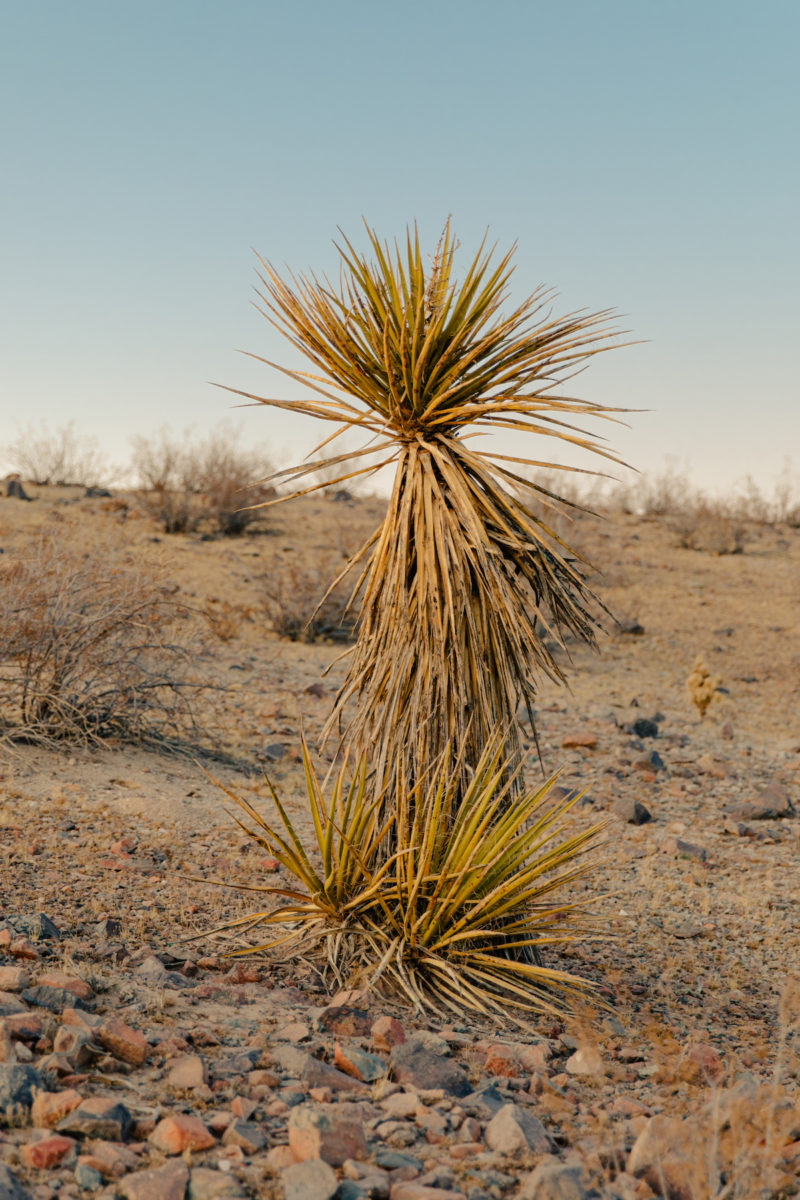 You may know Barstow as that place you drive through between Los Angeles and Las Vegas, but for me it was ground zero, where good and bad things happened. It’s where I learned the simple things, like water balloon fights to cool off from the desert heat and piñatas stuffed with the occasional $5 bill; it’s where I first had a crush on a boy and where I first learned the shame of having a crush on a boy; it’s where I learned what a drug cartel is and why my uncle was no longer around; it’s where my family is and where I have the privilege to break from my bubble, to listen and to learn from the other. It’s where I learned that I, too, am an other. I’m not ready to claim that it screwed me up any more than I’m ready to say it set me up for success later on. I am ready to say, however, that it likely falls somewhere—surprise surprise—in-between.

So as my husband, my ego, and I drive away into the desert sunset, full of carne asada from Lola’s Kitchen, I’ll be who I am in part because of the town we just left. Deep down, wherever the roots grow, I’ll be reminded of the humbling discomfort that everywhere I go—every in-between town, every pity party on the map—life is unfolding. There’s a 10-year-old becoming, and that is worth a double take. 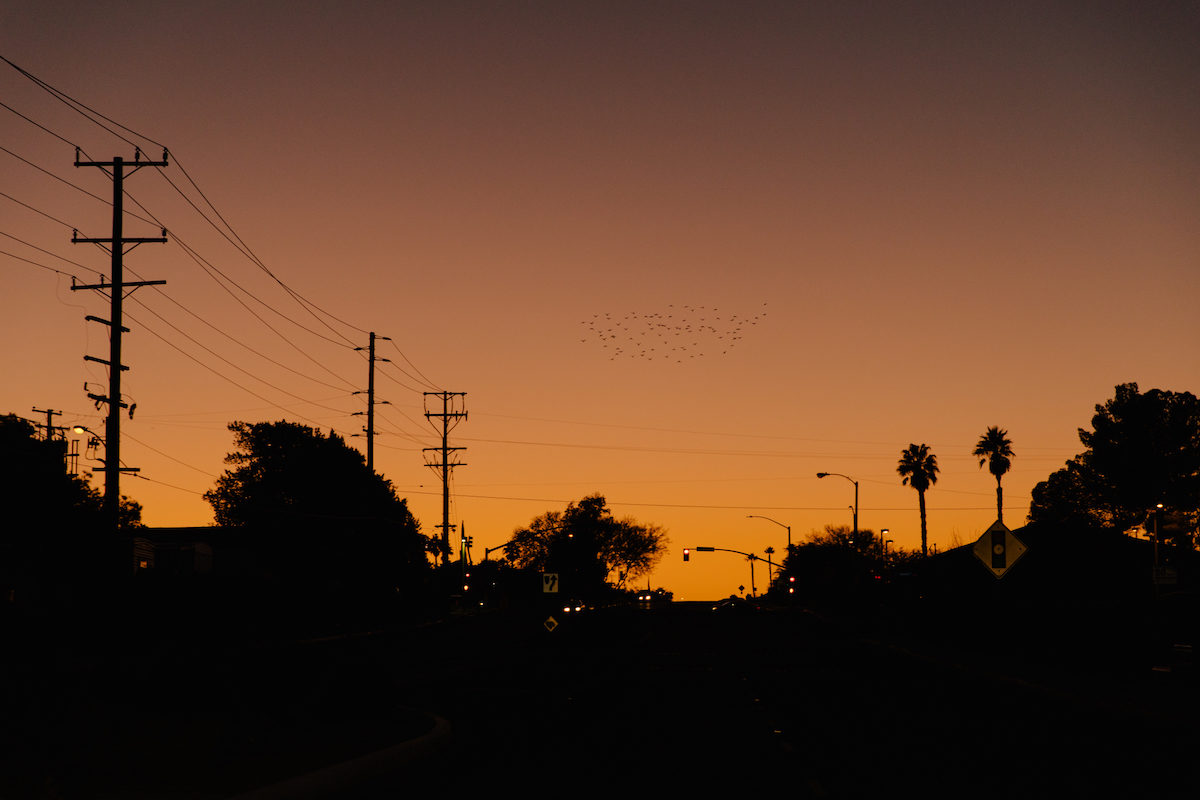 Thanks for driving through. Enjoy the rest of your trip.