But innovation and diversity abound on the food front here, rendering Milan a strong contender for the title of Italy’s gastronomic headquarters—so much, in fact, that a troop of Italian Michelin-starred chefs have raised their flags in the Lombardy capital, though not in the way you might expect in Italy’s most cosmopolitan city.

Decorated chefs like Niko Romito and Giancarlo Perbellini have opened bistros to serve fare less formal than the refined cuisine that earned them their stars. Below, six of the best restaurants in Milan include these low key, high quality bistos to keep an eye out for the next time you’re in town. 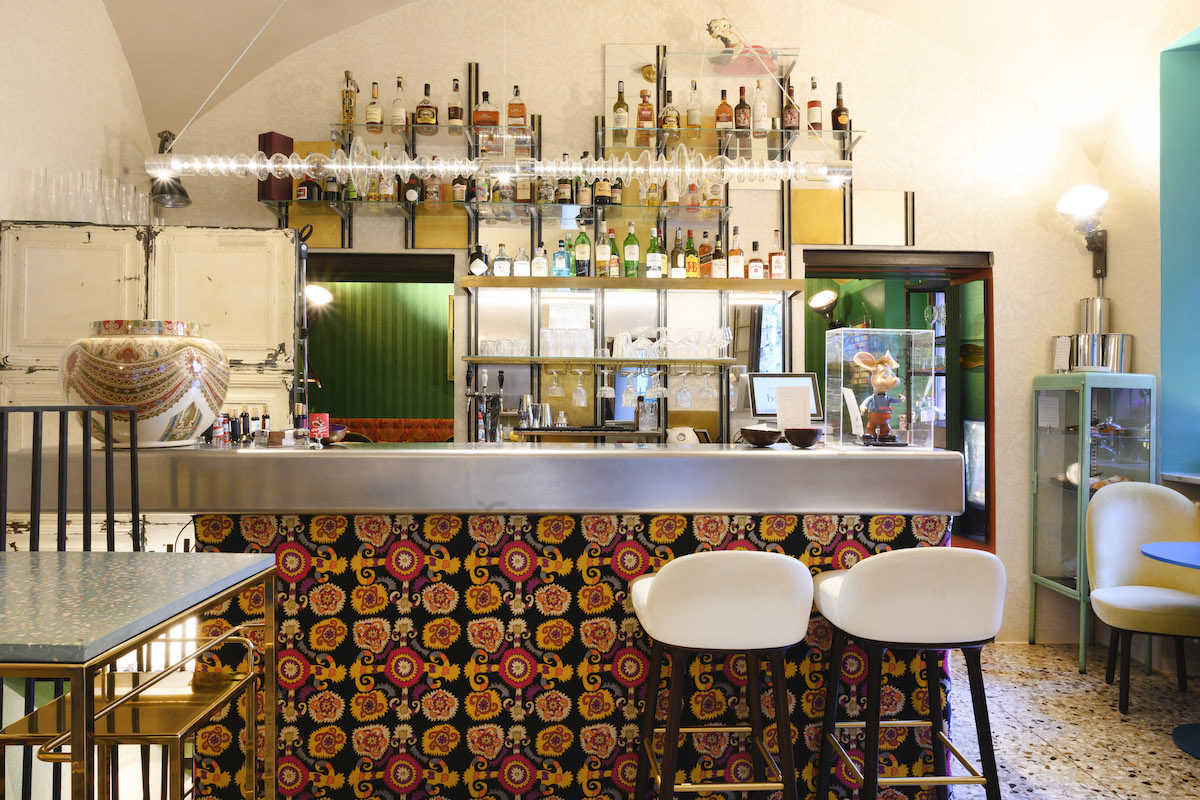 The menu includes risotto with Jerusalem artichokes, pomegranate, and hazelnuts, and terracotta-cooked lentils with fennel and marinated mackerel finished with a parsley sauce. The cannolo aperto is a deconstructed take on the emblematic Italian pastry, with broken pieces of a cannolo shell jutting out of a bed of smooth, slightly sweet ricotta. 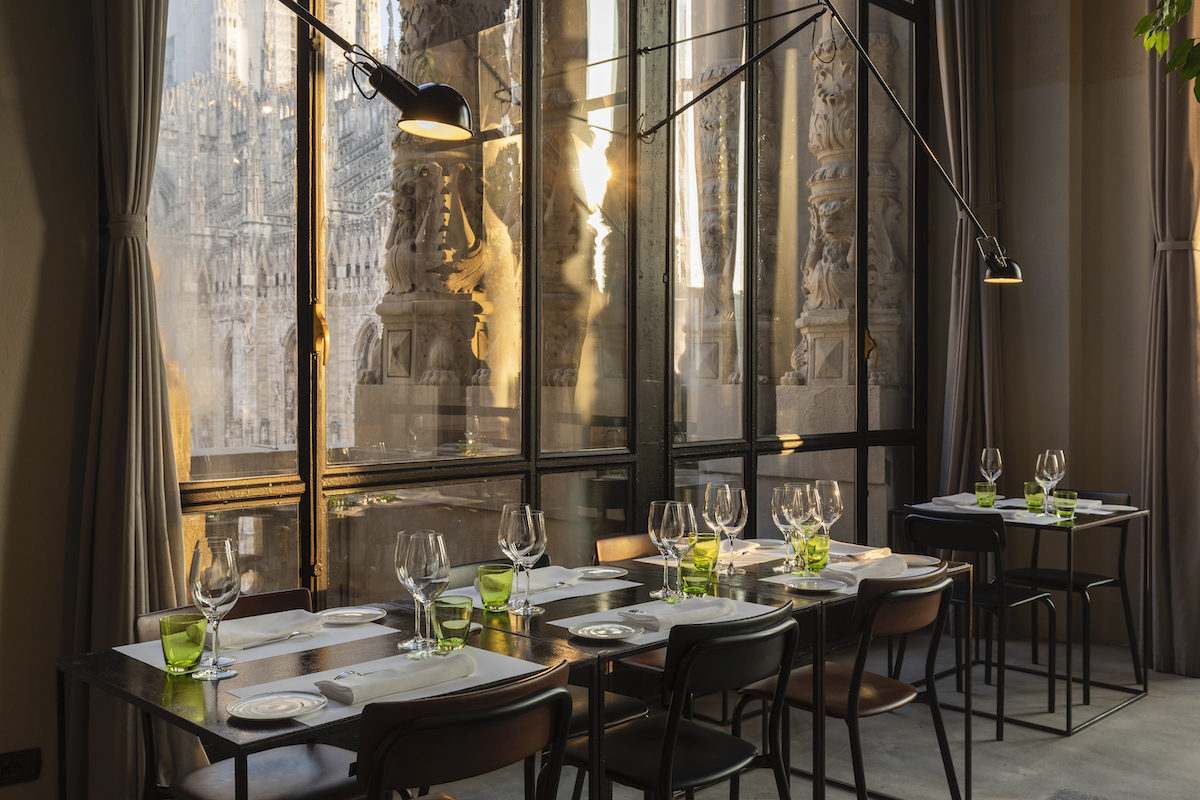 Catch cathedral views at Spazio by Niko Romito in Milan.

Since opening in 2015, Spazio by Niko Romito, one of Italy’s ten three-star chefs, has been a welcome diamond in the historic center’s tourist-trap-laden rough. Both the kitchen and dining room are managed by the students of Romito’s Accademia cooking school, and the ever-changing menu may include suckling pig with chickpea cream and cacciatore sauce or tagliatelle with lemon and mint.

Sunlight beams through the floor-to-ceiling windows at lunch while the evening ambiance is cozy and intimate. Located on the third floor of the Mercato di Duomo overlooking Milan’s landmark cathedral and its sweeping square, Spazio never fails to wow even the most jaded locals. Those eager to experience the refined side of Romito but can’t make it to Reale in Abbruzzo can book at the Bulgari hotel where, since last year, the restaurant has been under his tutelage. 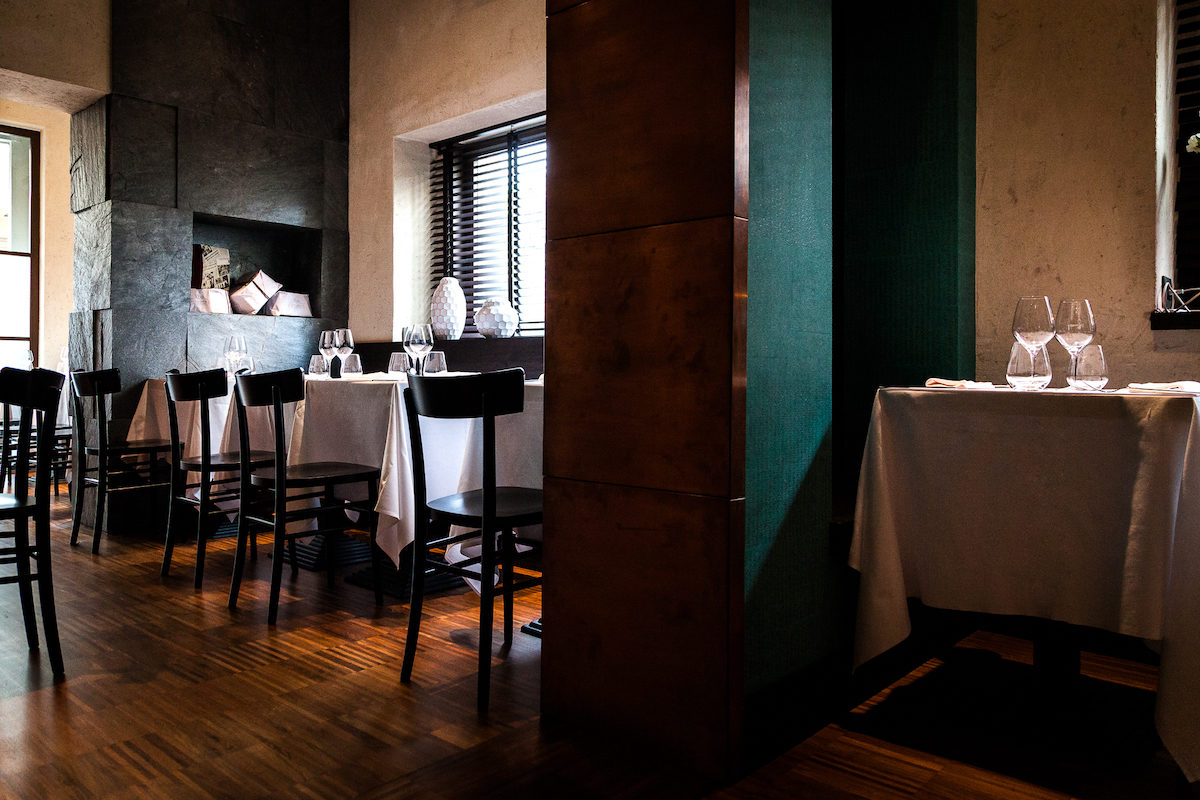 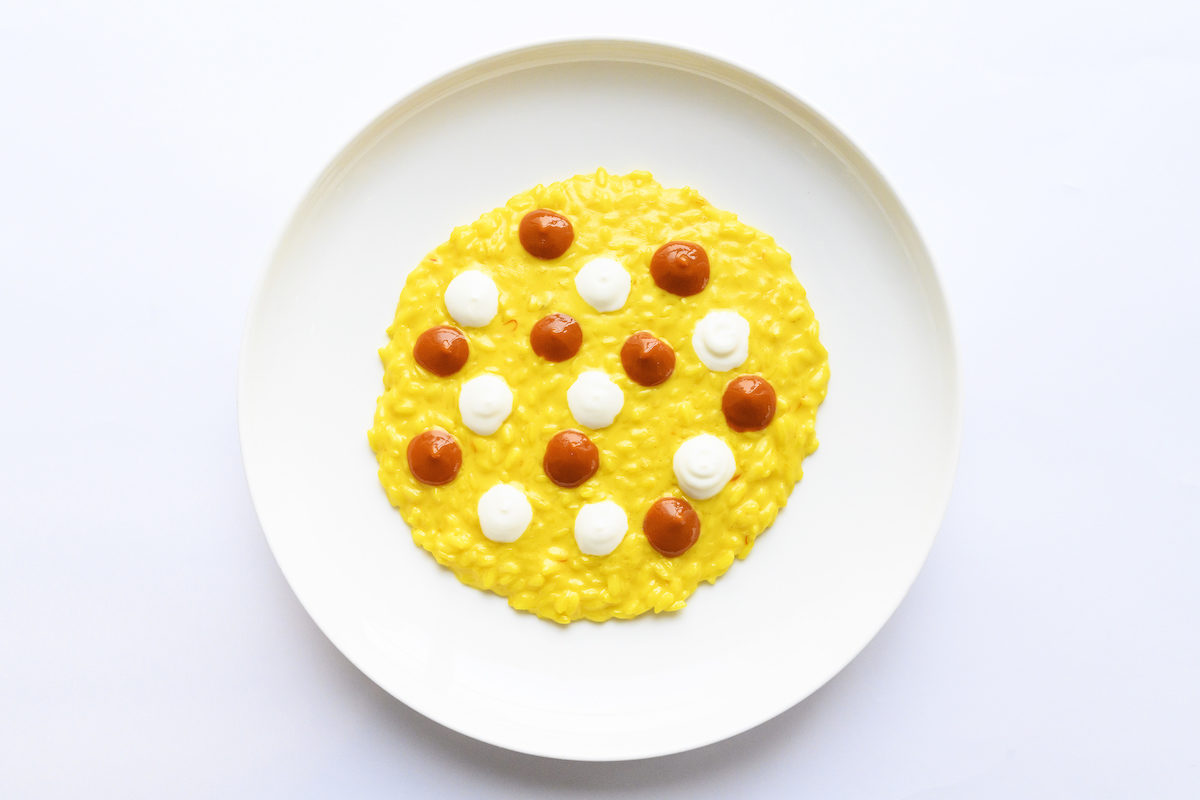 Giancarlo Perbellini, chef of the two-star Casa Perbellini in Verona, alighted on Milan last year with Locanda Perbellini, a stylish bistro that fits right into the artsy Brera neighborhood that it borders. Warm lighting, white tablecloths, and an occasional burst of color temper the intricate dark interior composed mostly of wenge wood, slate and copper. The kitchen, handled by long-time trusted members of Perbellini’s team, puts out playful dishes that fuse technique with approachability, such as nuggets of tomato bread swimming in a sweet onion foam and mezze maniche pasta with cream of cannellini beans and guanciale emulsion, all topped with paprika. 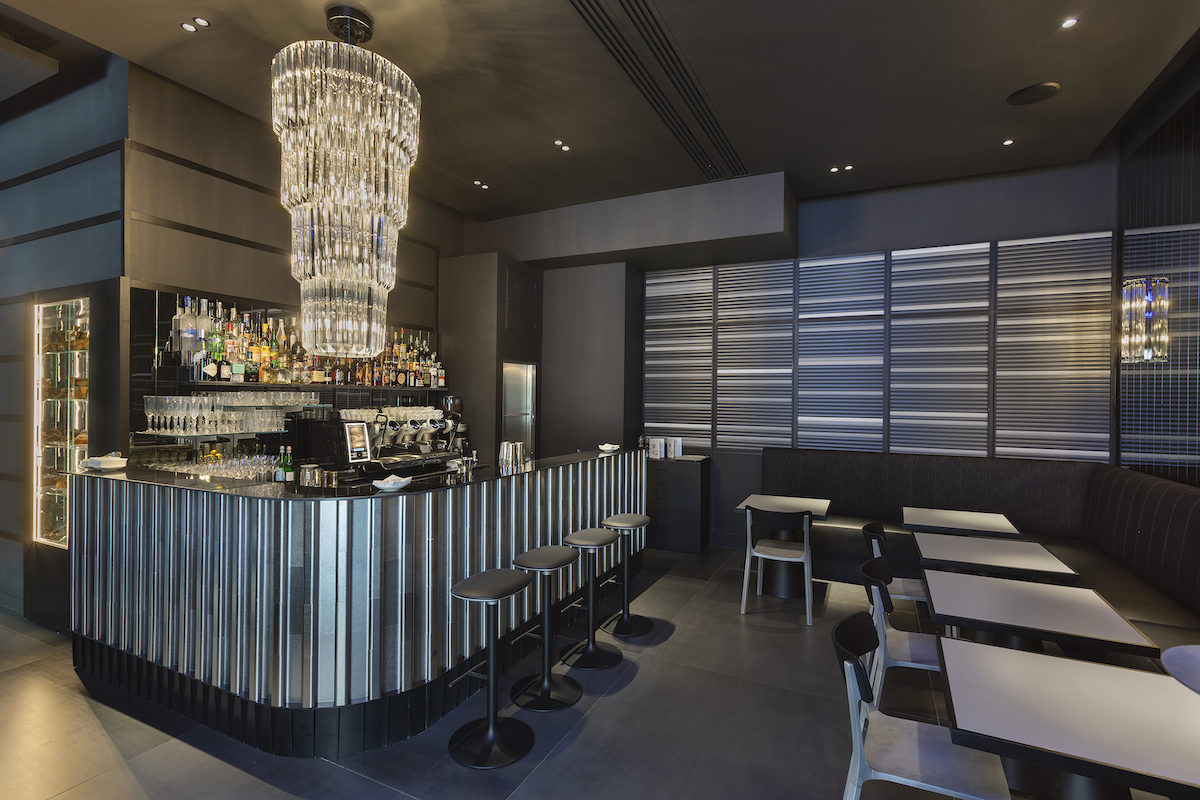 Don't let the chandelier fool you—Carla e Camilla in Duomo is an upscale but laid-back bistro. 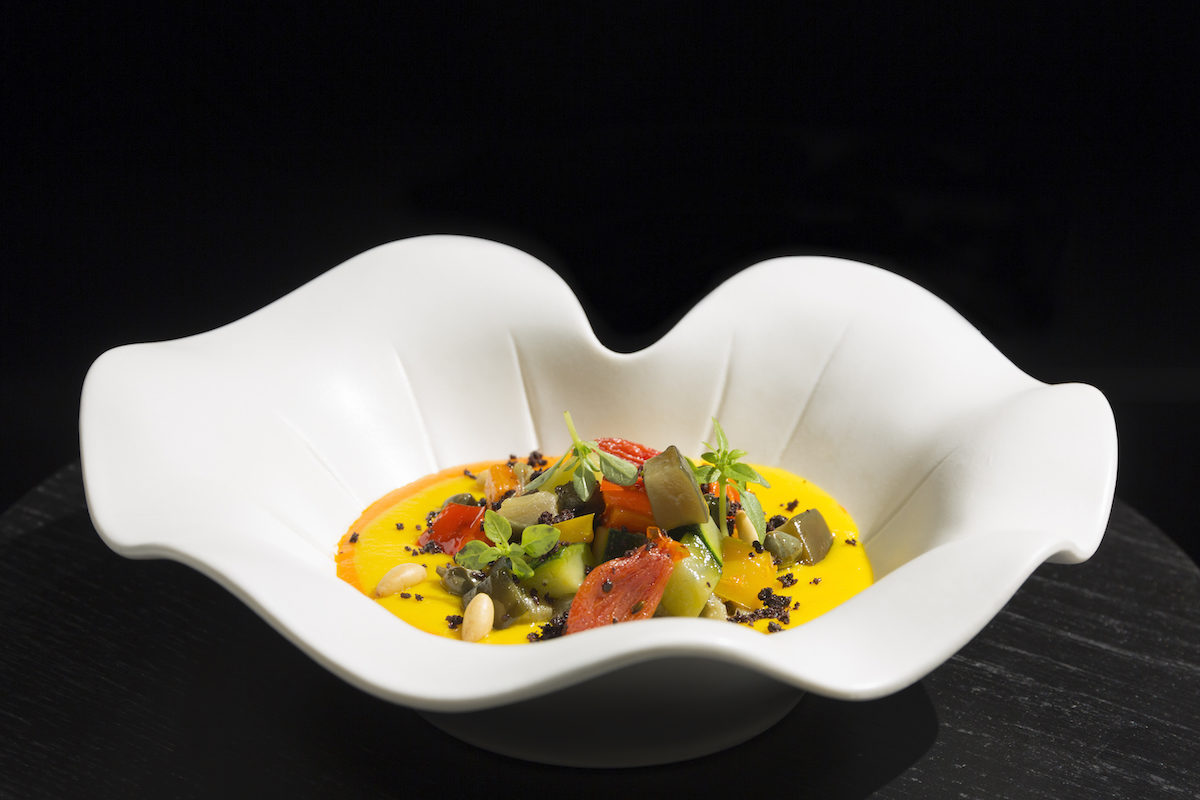 Last year, chef Carlo Cracco moved his Michelin-starred restaurant from Via Victor Hugo in Florence, footsteps from Piazza del Duomo, to the second floor of a multi-level venue in Milan’s Galleria Vittorio Emanuele II, inaugurating a pastry shop and bistro on the ground floor as well as an events space on the top level. This year, the chef came full circle and opened Carla e Camila in Duomo. 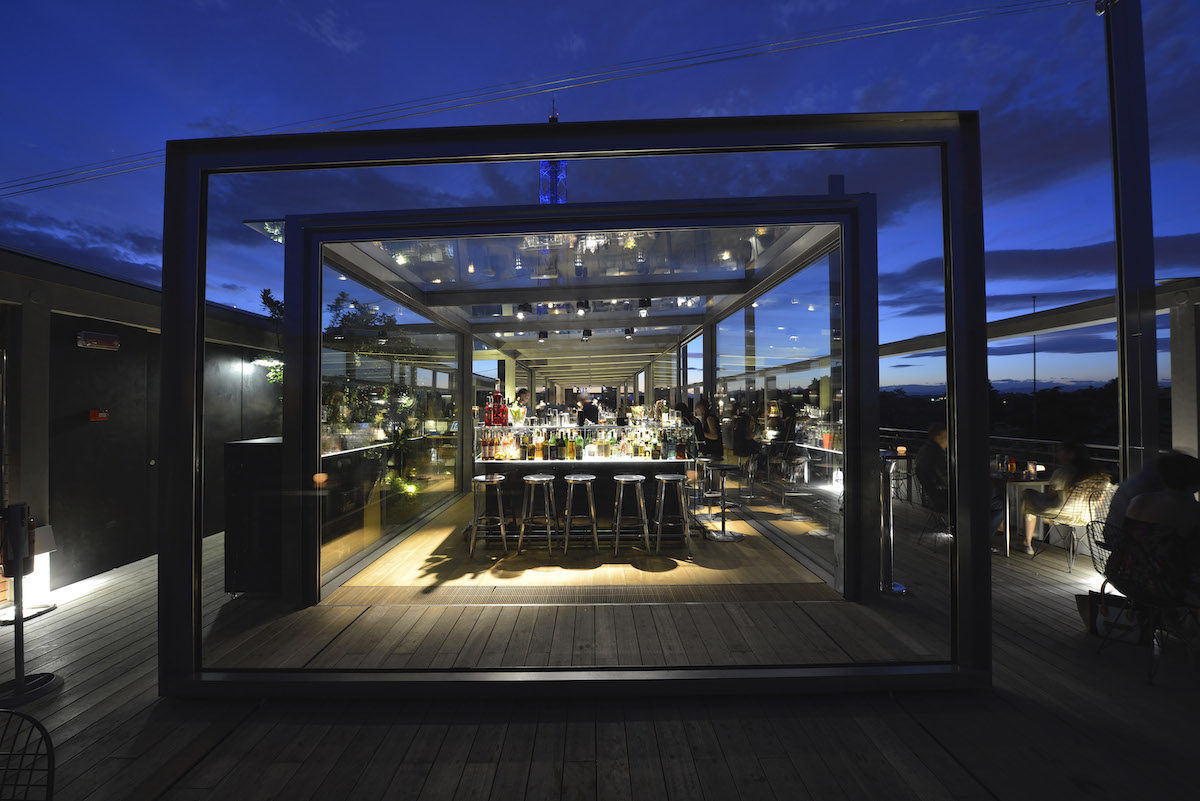 The views match the food at Terrazza Triennale in Milan.

Perched on top of the Triennale Milano design museum inside a rectangular glass structure, this “osteria with a view” is care of Chef Stefano Cerveni of the one-star Due Colombe in Franciacorta, a sparkling wine region in Lombardy about an hour outside of Milan.  At lunch, the menu focuses on local and regional Italian dishes, such as the classic Milanese veal cutlet, along with some salads.

Dinner has a contemporary flair with preparations such as squid cooked until tender with a cream of pink lentils, complete with oyster leaves and a sprinkle of Calvisius caviar powder. Worth dropping by, if only to have an aperitivo, for the view—the flora and foliage of Sempione Park stretches all the way to the Porta Nuova skyscrapers, tickling them on on the horizon where they meet. 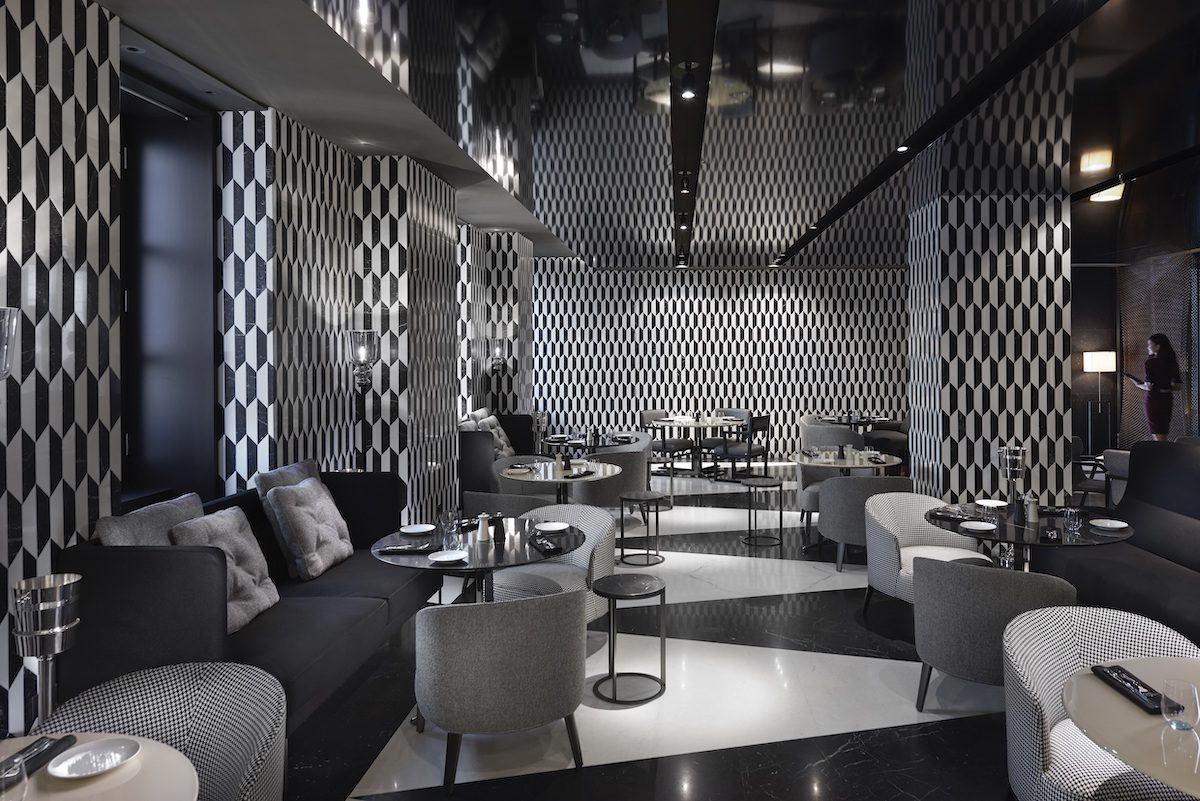 The Mandarin Bar and Bistro serves some of the best cocktails in Milan.

Those looking to experience but not splurge on Chef Antonio Guida’s celebrated cuisine can book a table at the bar and bistro adjacent to Seta, his two-star restaurant in the Mandarin Oriental hotel. Entering the sleek black-and-white dining room feels a little like having emerged from the rabbit hole to attend a splendidly whimsical, M.C. Escher-inspired soiree.

Guida’s bistro menu includes a handful of classic dishes, such as risotto alla Milanese, as well as first courses and entrees with a strong leaning toward seafood, plus a selection of sandwiches and salads. Mandarin Bar and Bistro is also has some of the best cocktails in Milan, so allow enough time to grab a drink—or just have one with dinner.