When in Melbourne, be sure to sample the tasting menu at Indian restaurant Daughter in Law.
IndexLeanne Clancey

Considered Australia’s culinary capital, Melbourne is a wonderland for those who love to explore a city through its eateries and bars. From the first perfectly brewed flat white of the day to brunch, lunch, late-night eats, and even later boozy nightcaps, is sure to satisfy any foodie at any time of the day.

Thanks to the many waves of migration the city has welcomed, Melbourne’s culinary identity is one that is ever-evolving, culturally diverse, and relentlessly adventurous. Here, you’ll find indigenous Australian ingredients and mixed with a range of cultures—which explains why locals are often just as familiar with wattle seed, banh mi, and xiao long bao as they are with saganaki and salumi.

Perhaps the biggest reason for the city’s epicurean vibrancy is because Melburnians love to eat out—and do so with great frequency. Even better, the city’s best eating is both accessible and affordable; a democratic affair and a shared passion for the city’s almost five million inhabitants. 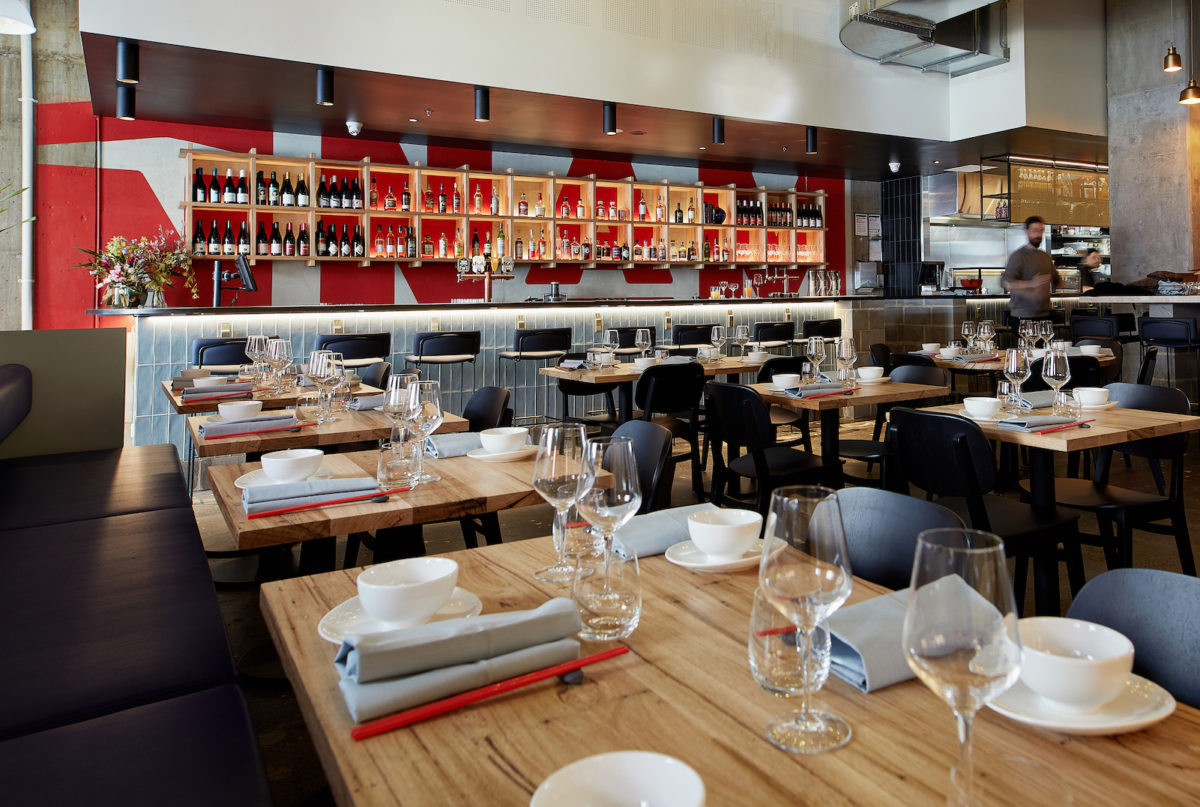 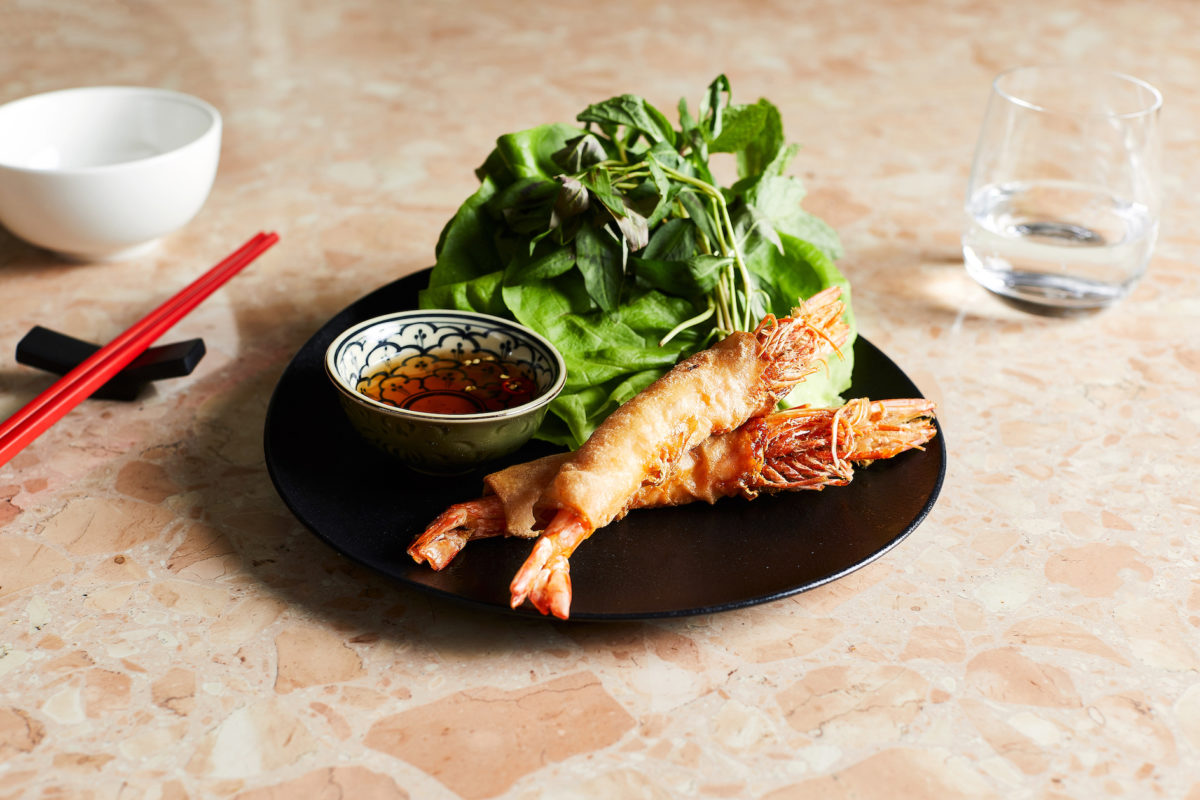 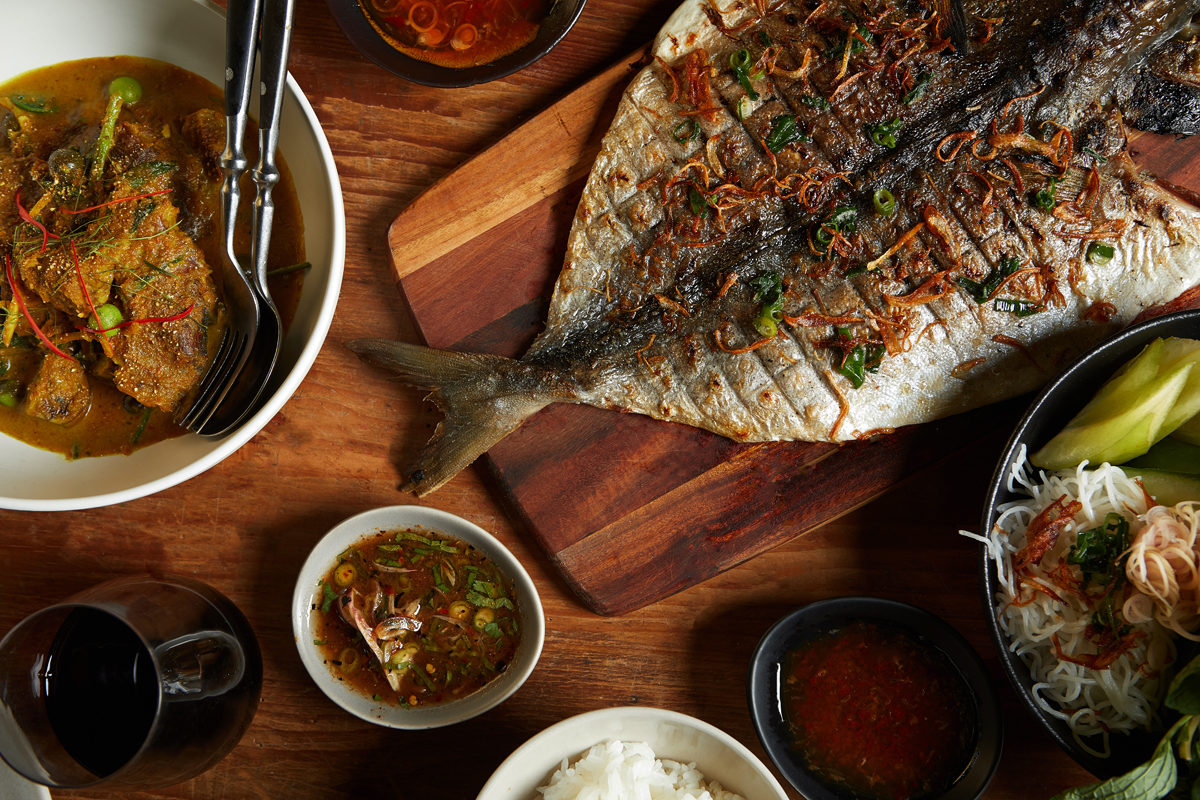 Where to Eat in Melbourne, Australia

Melbourne has a sizable Vietnamese population, so it was only a matter of time before a new-gen Vietnamese-Australian chef repackaged the cuisine for a broader, cocktail-drinking audience. Here at Annam, Saigon-born chef-owner Jerry Mai combines her skill as a professional chef (she’s an alumna of London’s late, Michelin-starred Nahm) and her pride and passion for her ancestral cuisine with delightful results. Her squid ink cuttlefish with Szechuan chili salt is a pure flavor bomb while the sweet-sour tamarind caramel pork hock with apple slaw is pure, sticky joy.

Greek food has long held a special place in the heart of Melburnians, and when talented local chef George Calombaris turned his back on fine dining to embrace his roots and reimagine Greek street food in the mid-2000s, he prompted a veritable Greek renaissance. Drawing hungry crowds at every hour, this bustling eatery serves up delicious and vibrant fare that is big on generosity and soul and elevates Greek cuisine in a fresh, modern way. 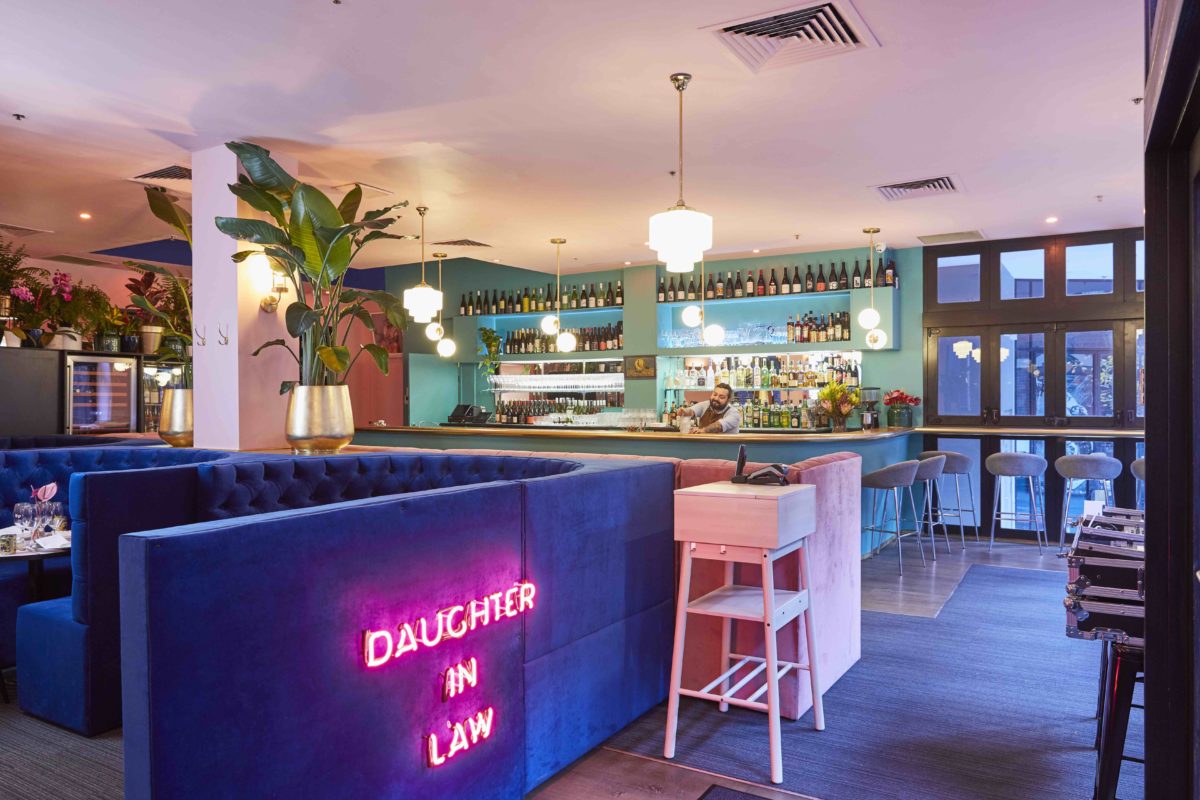 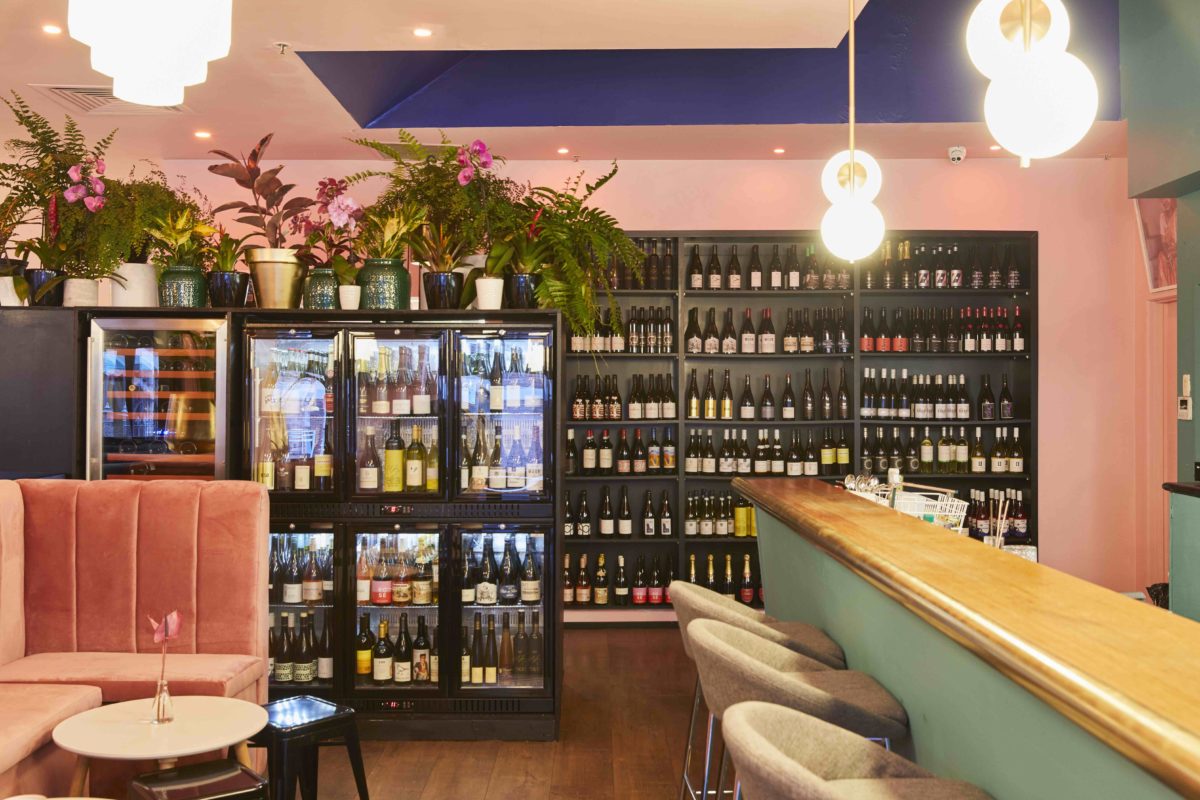 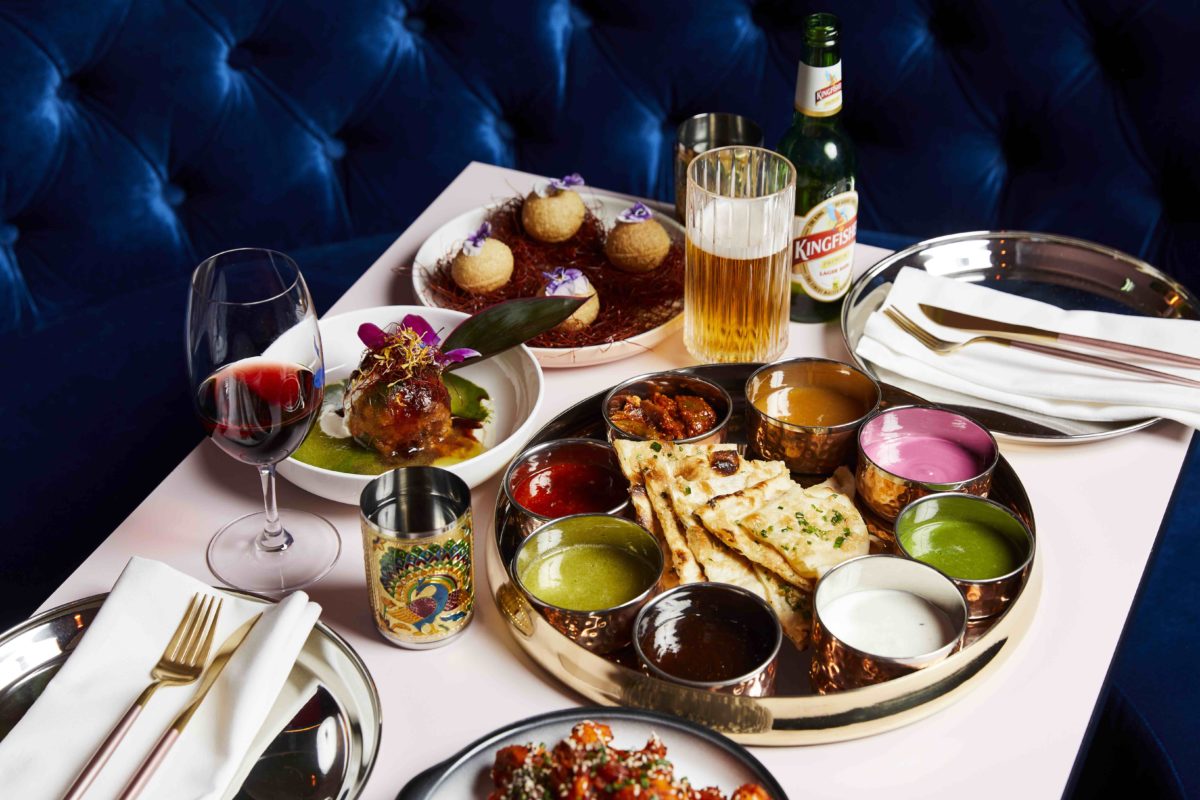 Daughter in Law for Indian Food

Just when you thought Melbourne was all understated cool and brooding sophistication, along comes the newest contemporary Indian venue by Melbourne-based chef and restaurateur, Jessie Singh. In a riot of color and noise (like a rickshaw ride through Mumbai during Holi), you can expect big delicious flavors, loud music, great cocktails, and guaranteed fun times. The tasting menu is full of hits and exceptionally good value—prime yourself for the textural delight of Singh’s “Happiness Balls” and Colonel Tso’s cauliflower.

The directions to this cult-classic mod-Chinese restaurant are about as Melbourne as you’ll get: Head down a dingy laneway, look for the red neon, and walk up some stairs. Inside, you’ll find chef Victor Liong deftly creating his unique “new-style Chinese food” to a dining room of people who at some point will likely pause to marvel at what might just be the most downright delicious Chinese food of their lives. Liong’s dangerously addictive crispy eggplant with spiced red vinegar is the stuff of obsession. 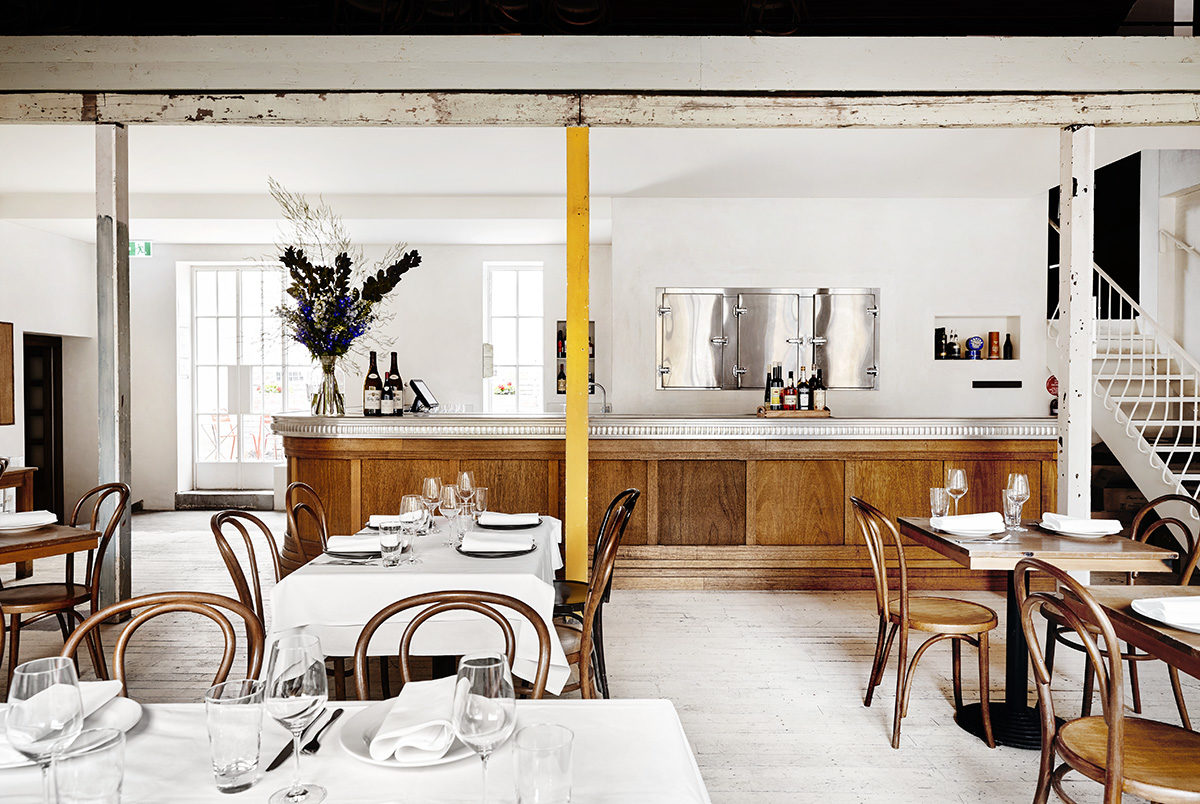 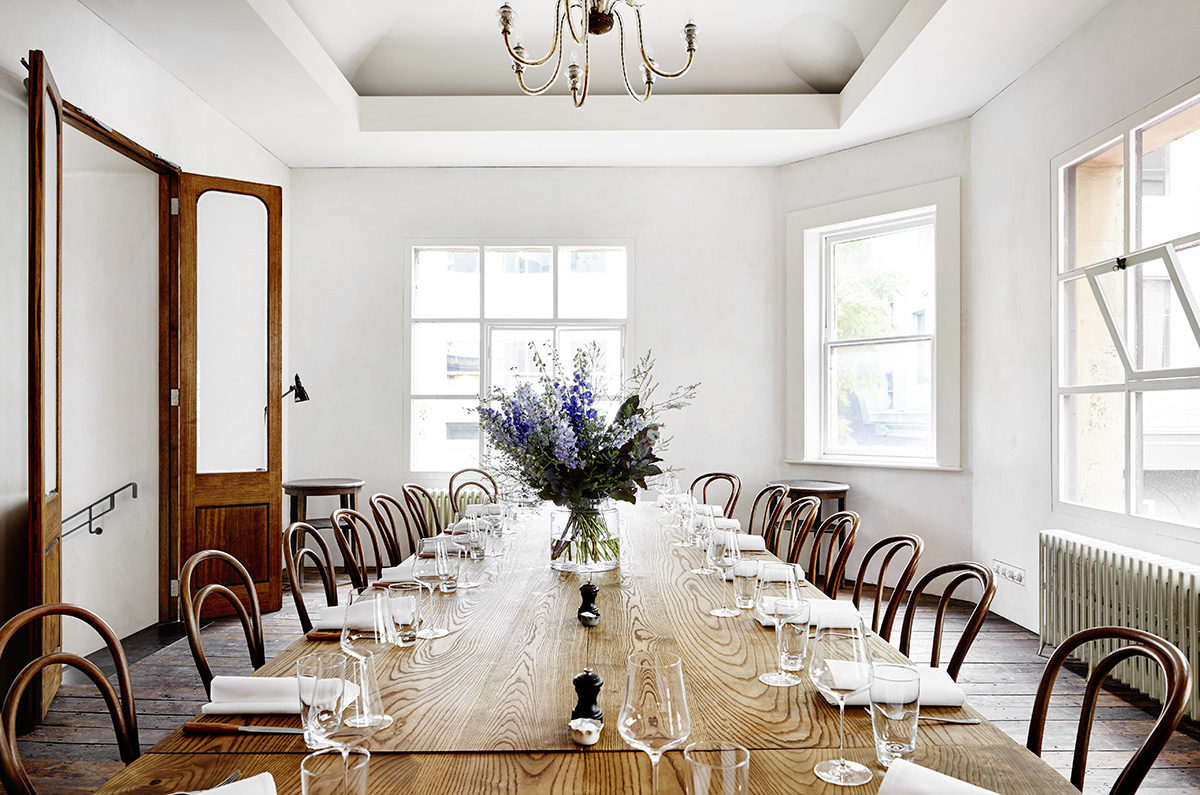 The team behind French Saloon also lead many of Melbourne's most popular wine-centric spots.

The team behind this effortlessly elegant bistro have created some of Melbourne’s most atmospheric, wine-centric venues (The European, City Wine Shop, and Kirk’s Wine Bar being among them) and here, Chef Todd Moses takes the best of Australian produce, reads it a little French poetry, and serves it up with a modern-Australian touch. Light-filled and full of old-world character, the dining room is pure romance. Start with oysters and a glass of Gippsland pinot gris before moving onto a superb dry-aged steak (cut by their in-house butcher). 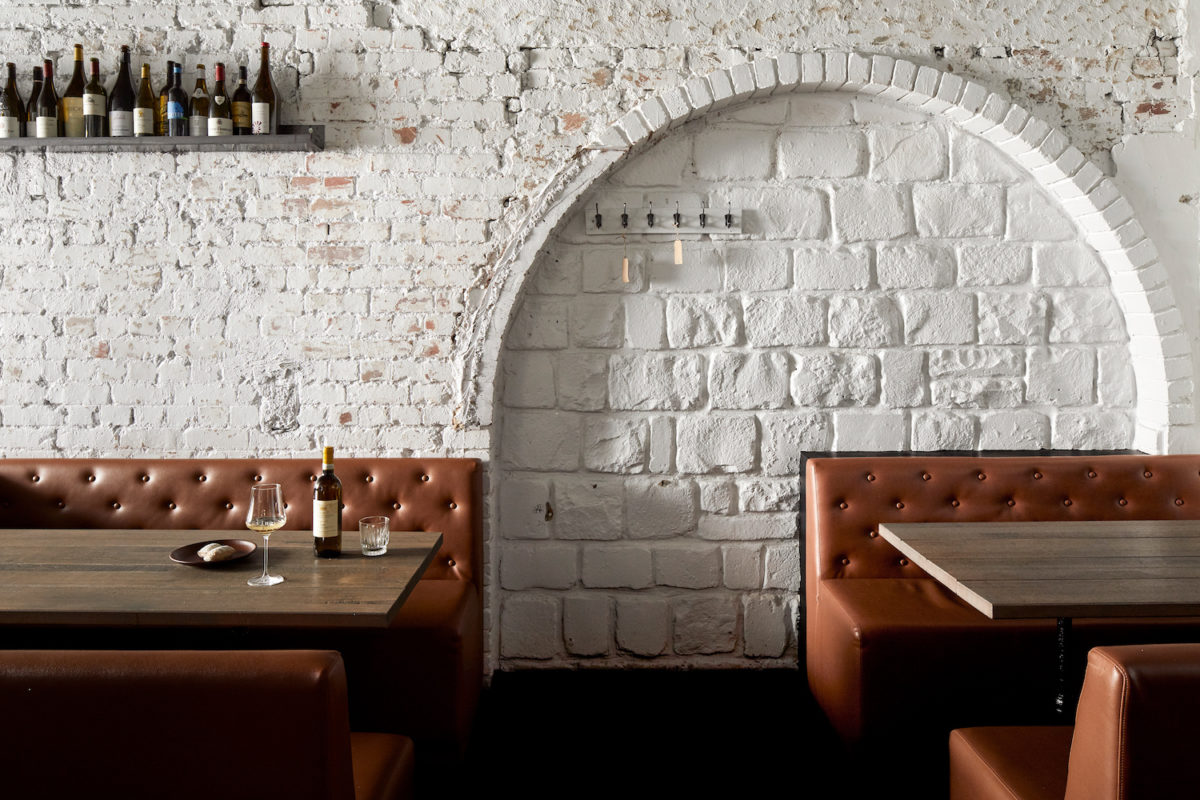 The perfect spot for solo diners, Italian bistro Osteria Illaria is known for its quiet sophistication. 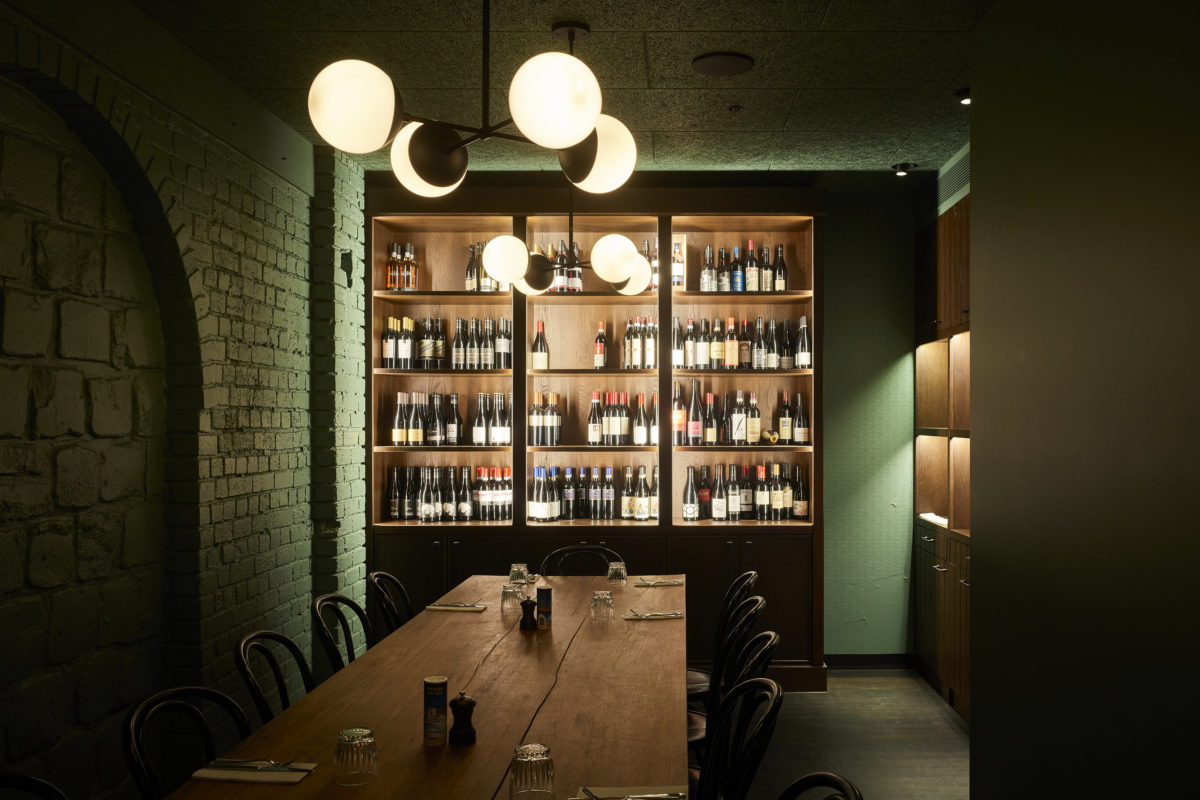 Osteria Illaria's pasta and seafood are its claims to fame.

Located in one of the city’s most buzzy dining precincts, this charming Italian restaurant is all leather banquettes, whitewashed brick, and quiet sophistication. Chef-Owner Andreas Papadakis made the city fall back in love with pasta again (hard) at sister venue Tipo 00 (a few doors down and equally as worthy of a visit), and here he diverts his attention more broadly with seafood and game coming to the fore (try the octopus with nduja and anchovy). The staff is very friendly, making the bar a perfect perch for a solo cocktail.

Located in a quiet, nondescript laneway and cheekily dubbed “a bar of Middle Eastern appearance,” this cozy, low-lit bunker serves up some of the city’s most vibrant and flavourful Mid East-inspired fare and plenty of warm hospitality. Start by taking a seat at the bar with a glass of chilled arak (white anise spirit) and a serving of fried okra with cumin and lemon before settling in for a journey through Lebanese-Australian chef-owner Joseph Abboud’s wonderfully aromatic mezze-style fare. 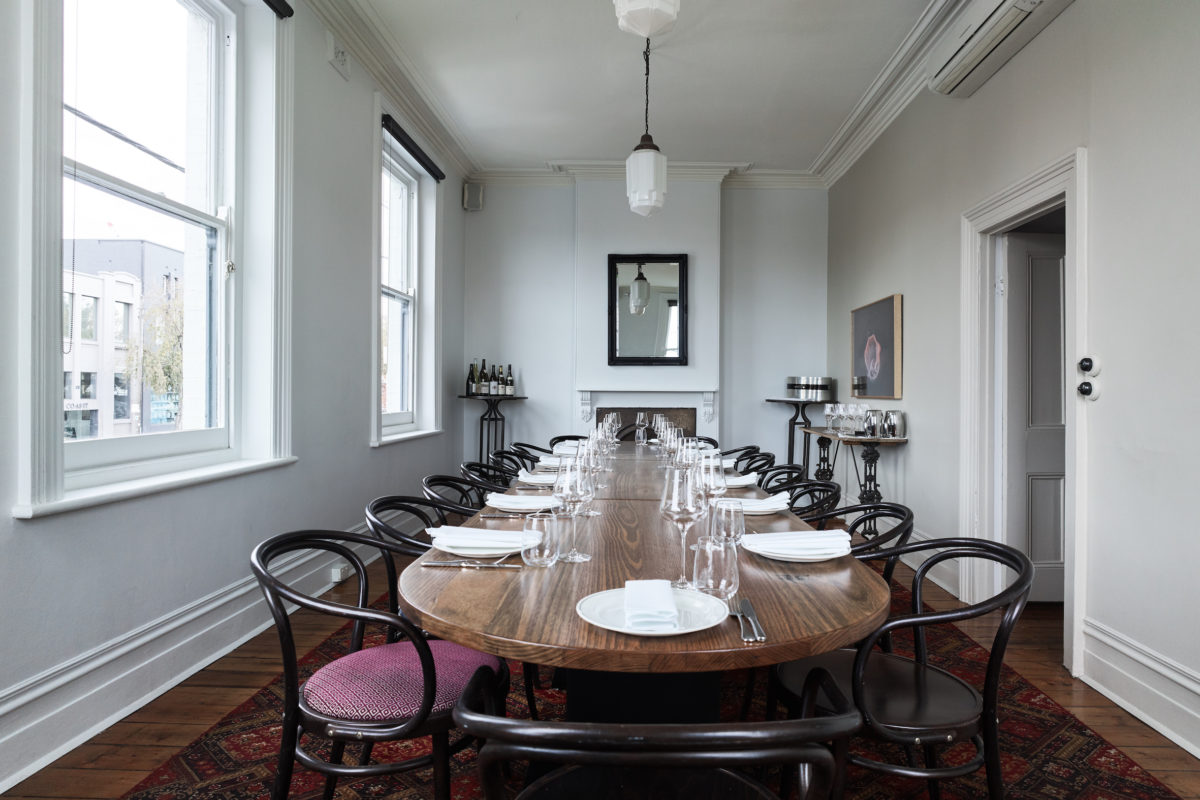 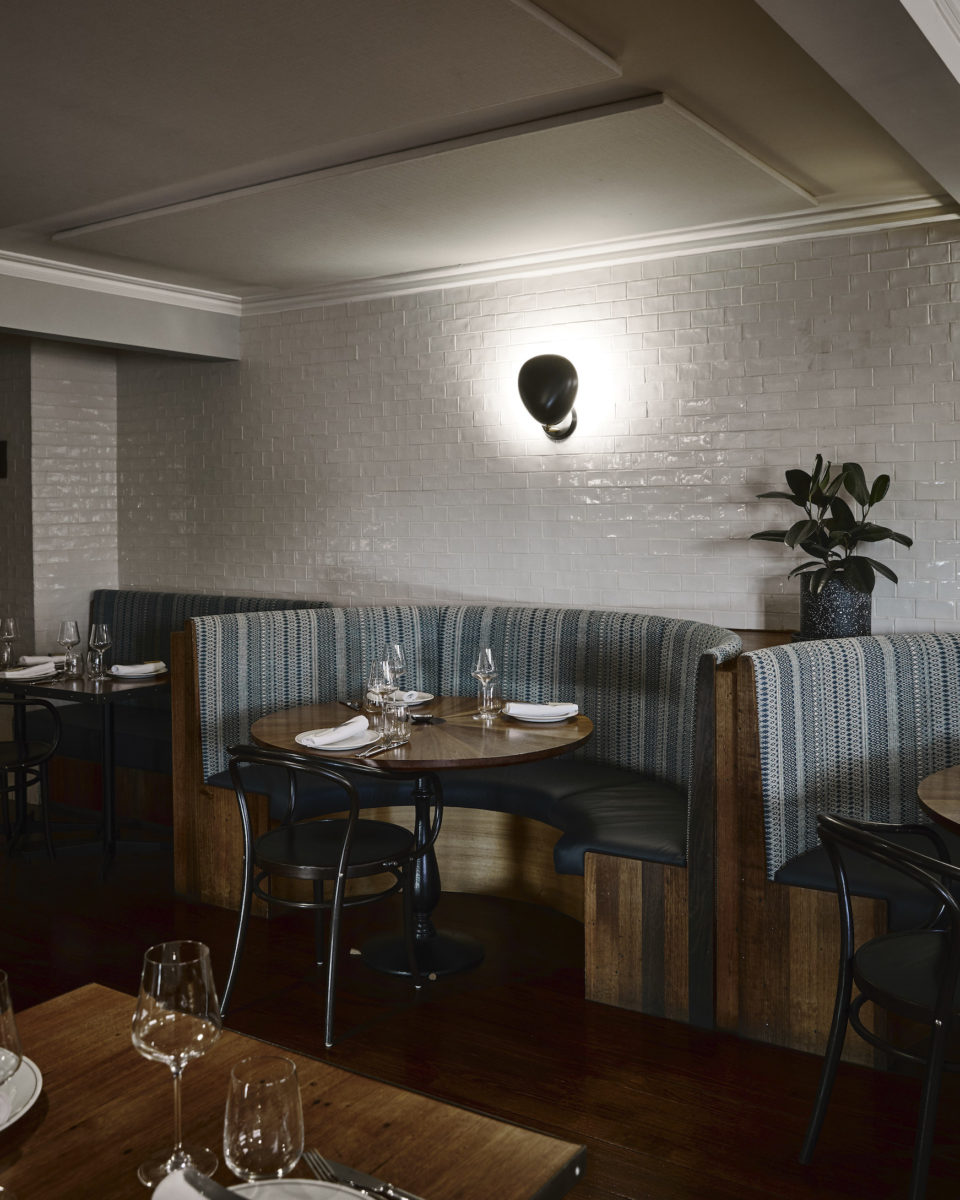 At Carlton, you can experience all of Australia's wine regions in one place.

Inhabiting a handsome, 19th-century building in leafy the Carlton neighborhood, this relaxed bistro and bar boasts the kind of welcoming, low-lit ambiance that is equally suited to a romantic cocktail hour or an extended voyage through Australia’s wine regions. The staff really knows their vino, and with a list of over 100 bottles on offer, you’ll have a good chance of finding a new favorite. Produce-driven and seasonal, the European-accented menu is terrific too (try the Kingfish crudo, creme fraiche, horseradish, and pickled wombok).

Serving innovative South East Asian fare with an Australian native accent, this hot-right-now, industrial-chic canteen is a true culinary surprise package. Settle in with a Krakatoa Cocktail (gin, native pepper berry, chilli, and sparkling wine) then opt in for the set menu, which offers a good insight into Chef Khanh Nguyen’s border-hopping creative genius.  A modern take on the classic otak otak (grilled fishcake) is elevated by native Australian finger lime, while grilled pork cutlet combines the flavorful forces of rainforest tamarind, rhubarb, and kohlrabi. Go for the adventure—there’s nowhere else in the city pulling off anything remotely like it.