J.R.R. Tolkein fans from around the world travel to Matamata, New Zealand, to get a glimpse of Middle Earth. Photo by Rob Chandler.
SnapshotTiana Attride

Times are tough and we love escapism. On this week’s travel crush, we’re transcending reality completely and heading to Middle Earth—also known as Matamata, New Zealand.

It’s month two of quarantine, and I’ve done all of the “things.” I’ve binged the Netflix phenomenons: Tiger King, Love Is Blind, and every version of The Circle (France had the best drama). I’ve attended the bittersweet Zoom birthday parties and happy hours. I, like many, have baked the bread. Now in my fifth week of social distancing, I’ve decided it’s time to remove myself from this reality entirely and take refuge elsewhere: Middle Earth.

In 1998, when location scouting of The Lord of the Rings began, Peter Jackson and his crew took to the skies above his native New Zealand in search of the perfect location for the Shire, the idyll land where J.R.R. Tolkien’s fictional hobbits lived, worked, and ate (and ate, and ate). 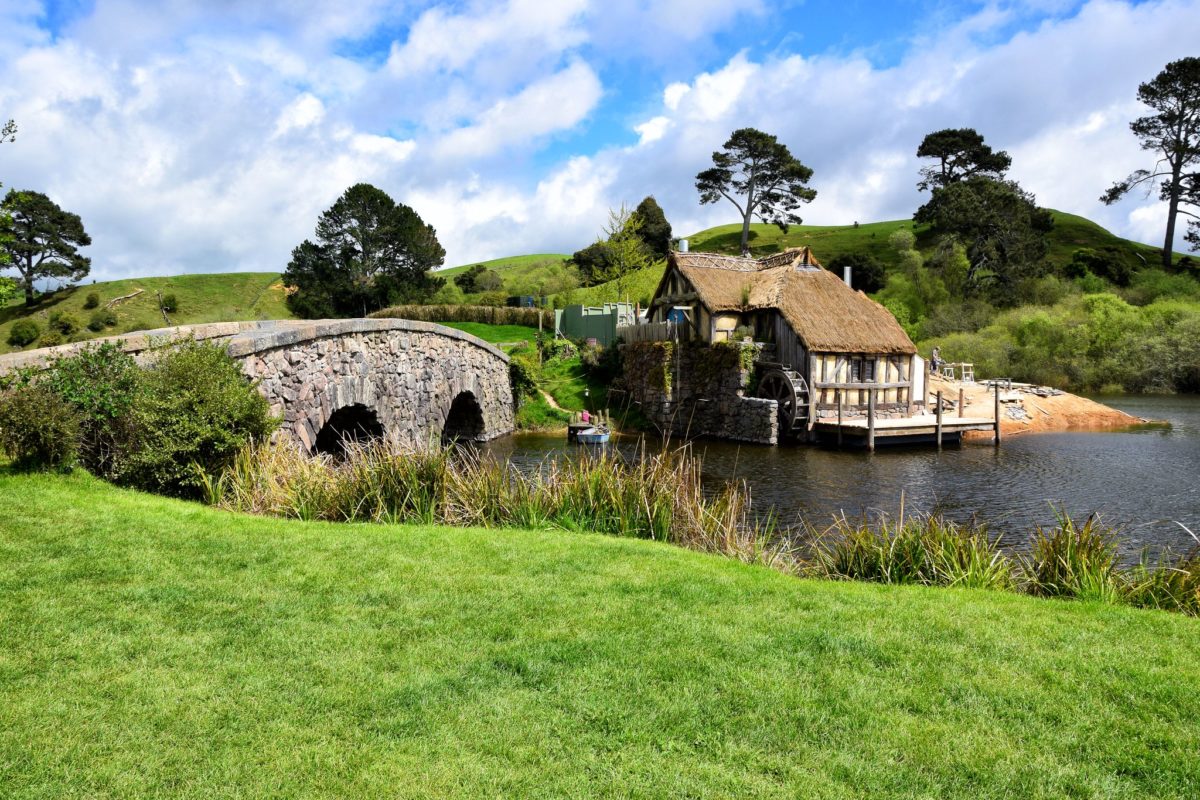 The Shire came to life over the course of nine months. Photo by Irwandy Mazwir. 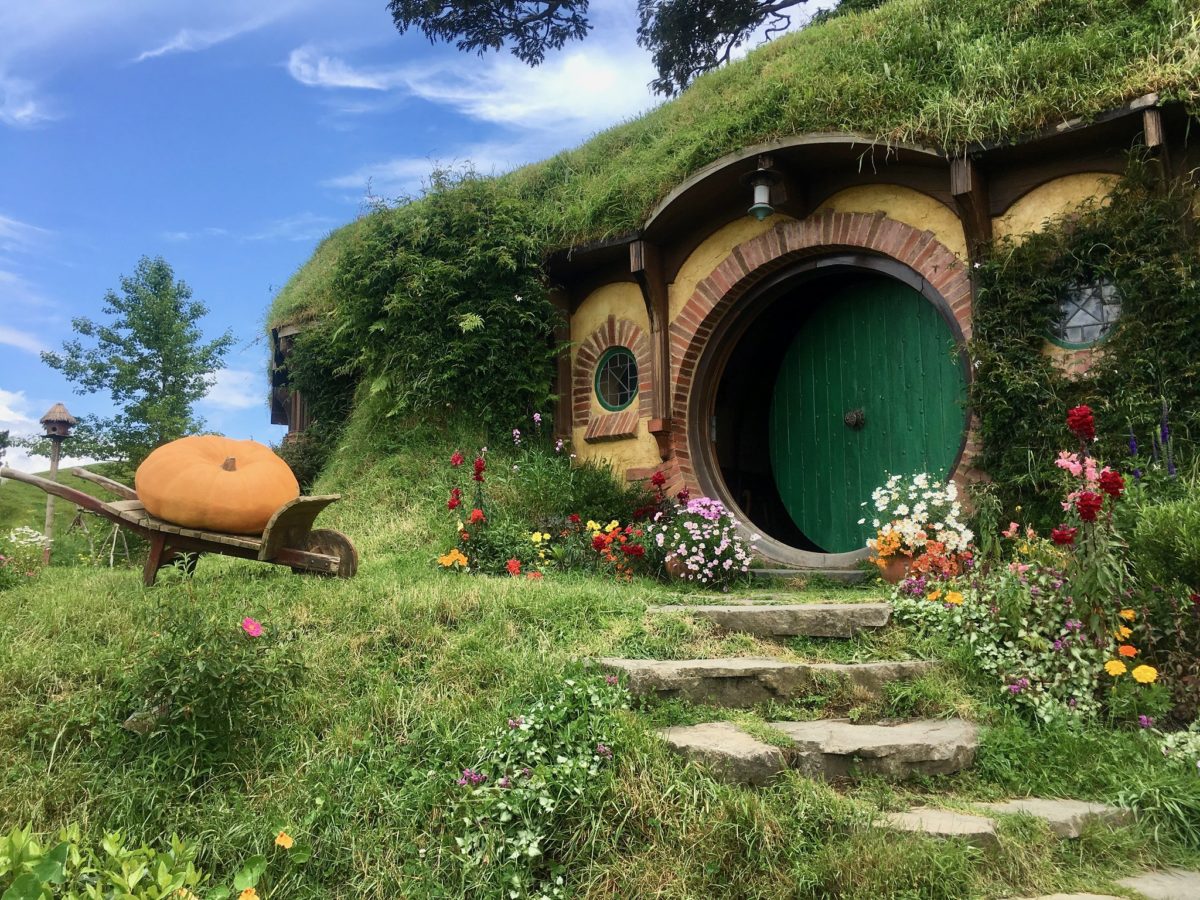 After filming ended, the government of New Zealand decided to keep all of Hobbiton intact. Photo by Brian Dearth. 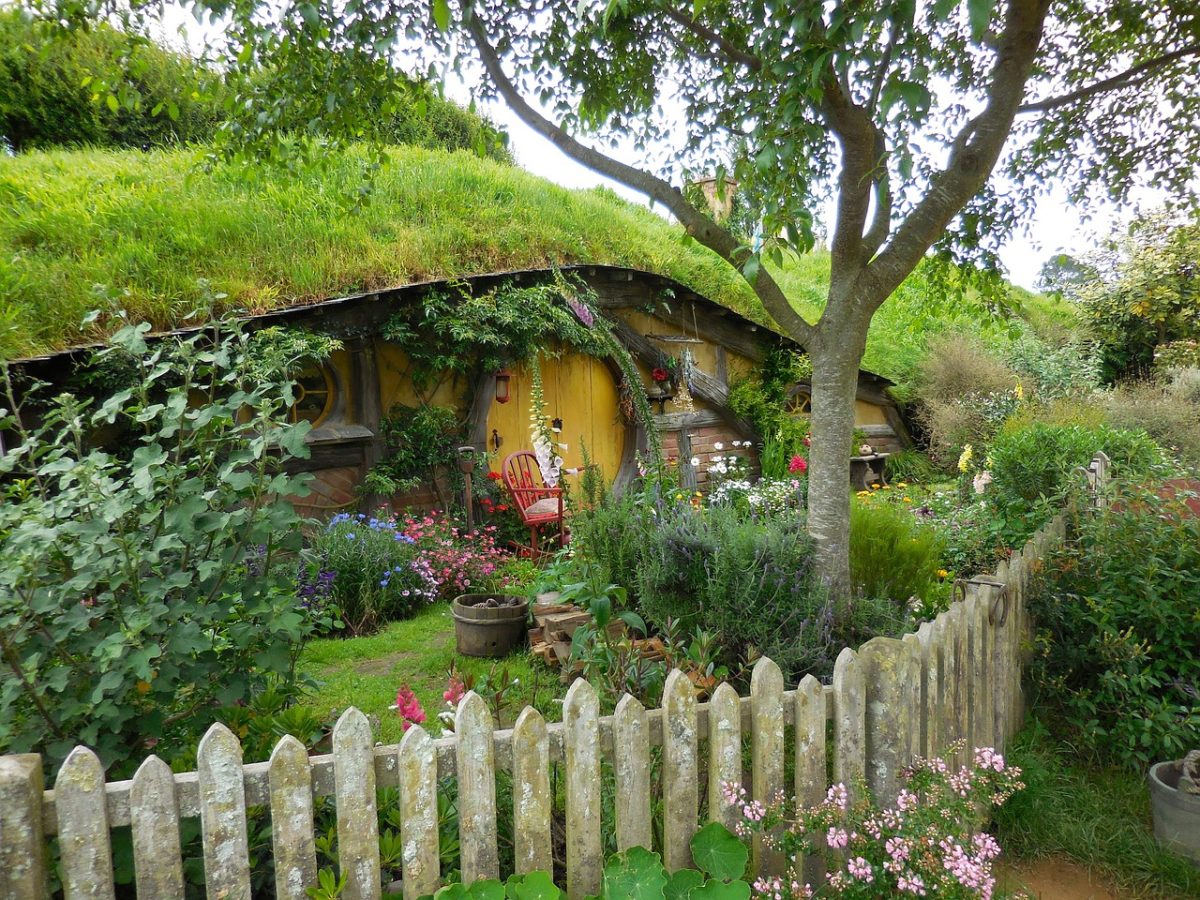 Forty-four hobbit holes are still in place in Matamata.

Ultimately, they picked the lush green hills of Matamata, on New Zealand’s north island, as the place where Bilbo and Frodo Baggins would come to life. Over the course of nine months, they built the set directly into the hills, perhaps making it one of the most environmentally-friendly (albeit imaginary) little towns on earth. After the filming of The Lord of the Rings and The Hobbit trilogies ended, the government decided Hobbiton was so lovely, they would keep it for good.

Now, it’s a pilgrimage for fans of Tolkien’s genre-defining, fantastical series; a sense of peace and childlike happiness wash over me when I so much as look at a photo. And beyond the hills of the Shire (and the hobbit-worthy feasts you can get on a tour), Matamata’s countryside is as fantastical as its famous fictional village. 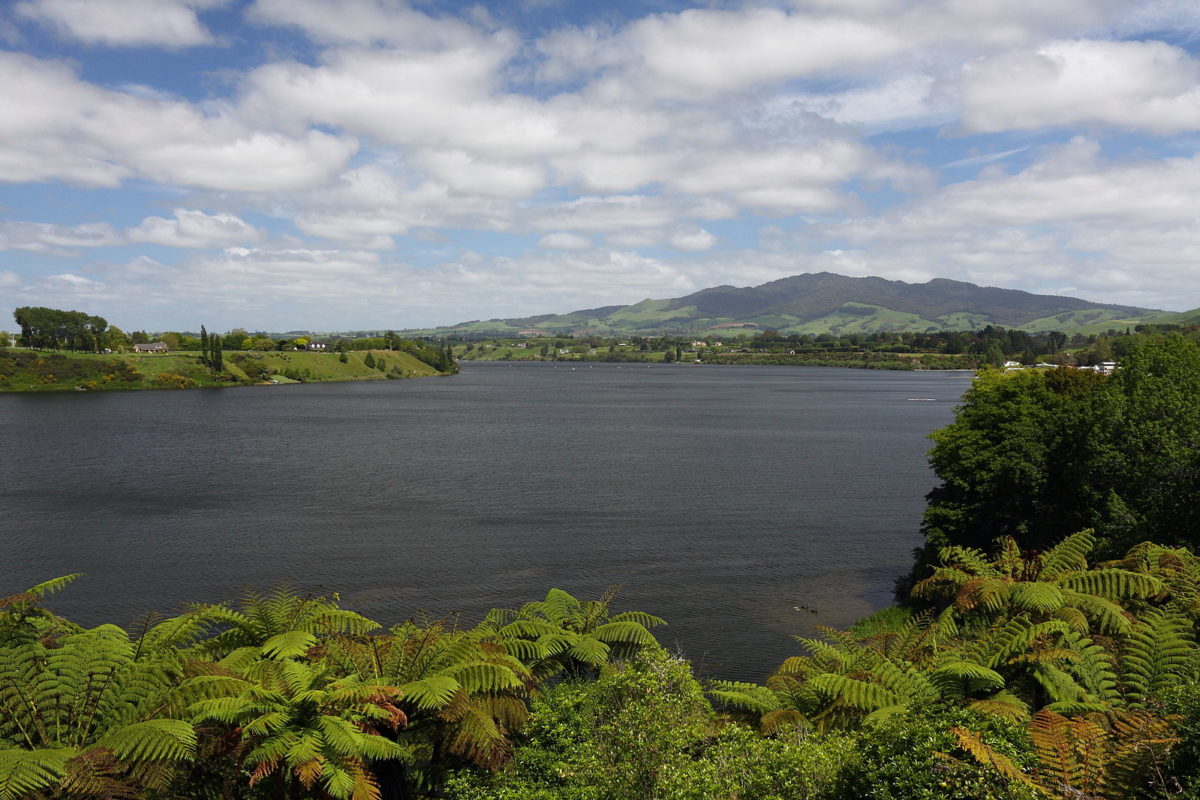 Guests at Karapiro Lodge can expect to spend a lot of time swooning over Lake Karapiro. Photo by Alex Forbes.

“It Was A Hobbit-Hole, and that Means Comfort”

At 5’10, I am unfortunately too tall to stay in a hobbit hole. Sad. Still, I can find similar hobbit creature comforts at Karapiro Lodge. Overlooking Lake Karapiro and plains of Waikato, the family-owned B’n’B would make even timid Bilbo Baggins venture away from the Shire. 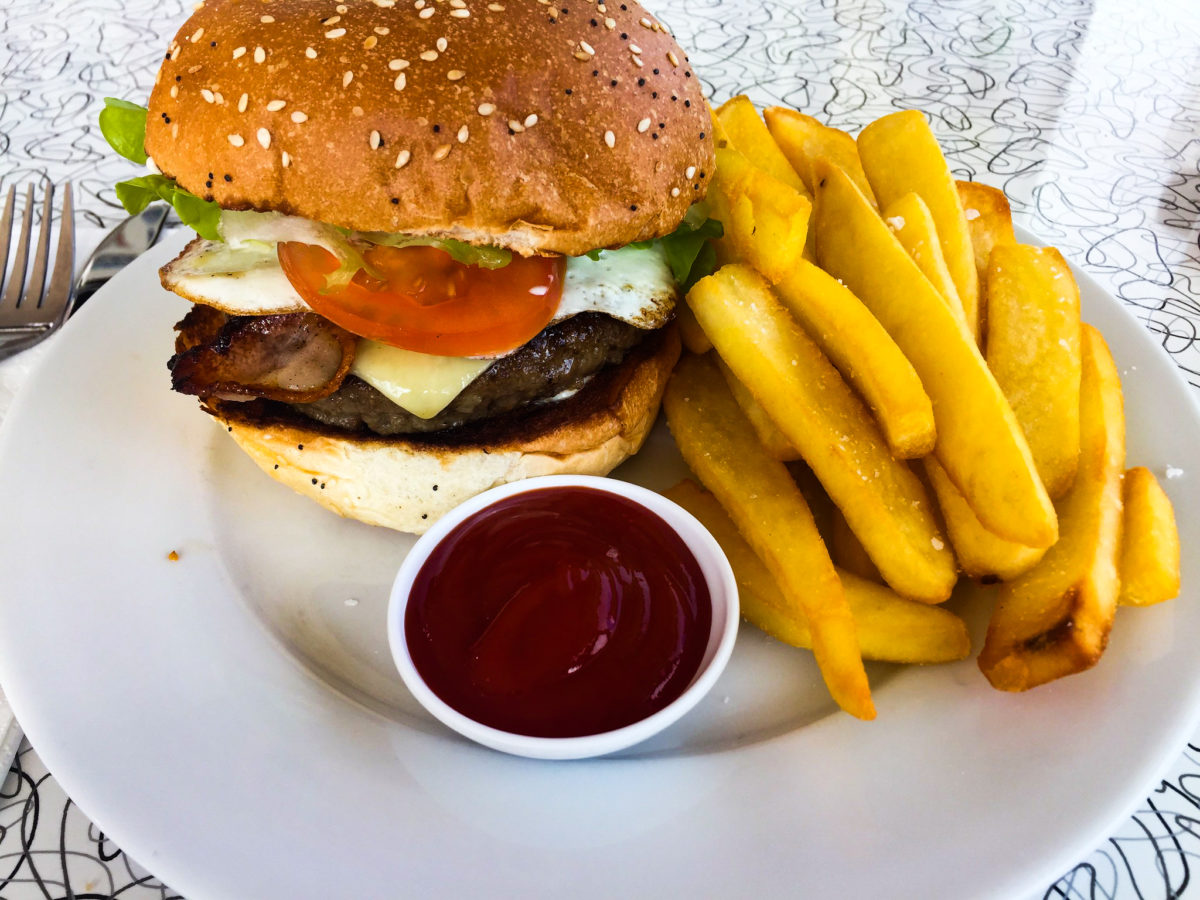 A Kiwi burger: Your basic cheeseburger, but upgraded with a fried egg that makes all the difference. Photo by Simon___sees.

Hobbits are notorious for their overindulgent eating habits, and as they say, when in Rome. Northern New Zealanders have access to fresh everything, including local farm vegetables and seafood straight from the Pacific. I’m popping into Eat Urban Foodstuffs for all the Kiwi specialties: Kiwi burgers, kumara (a type of sweet potato), and crispy fish and chips. 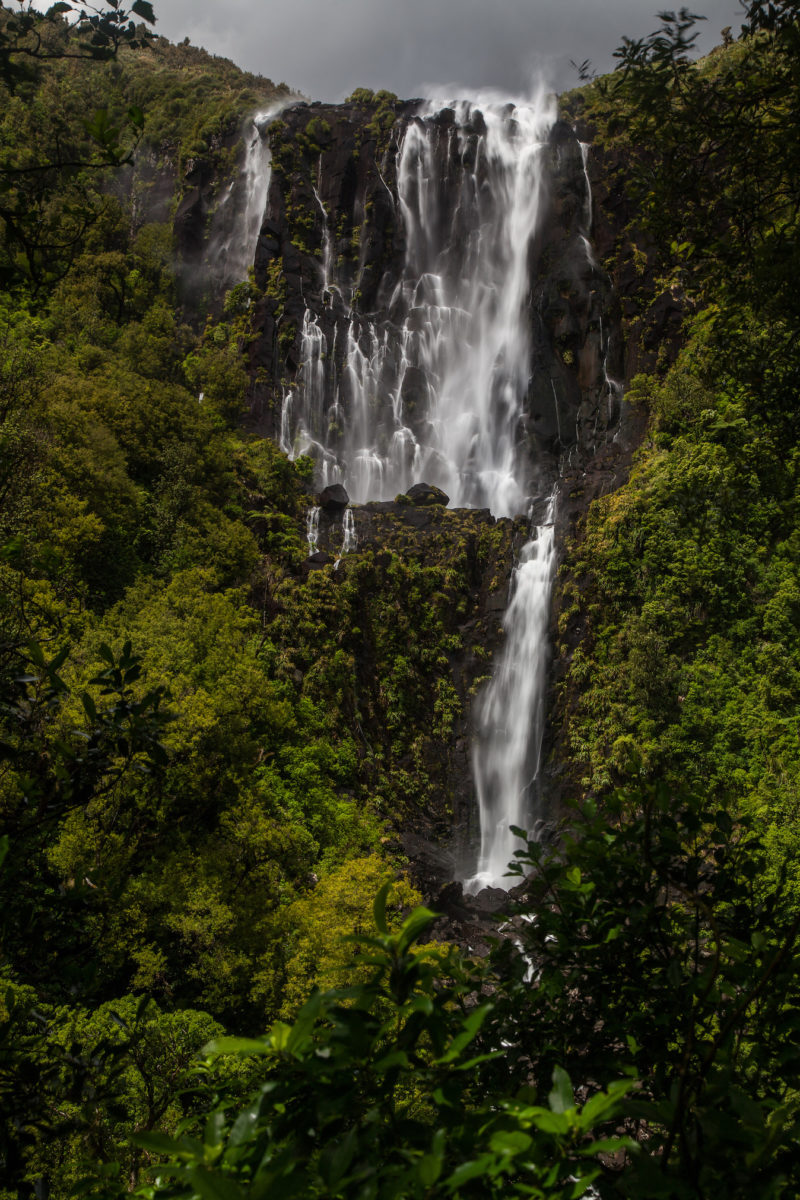 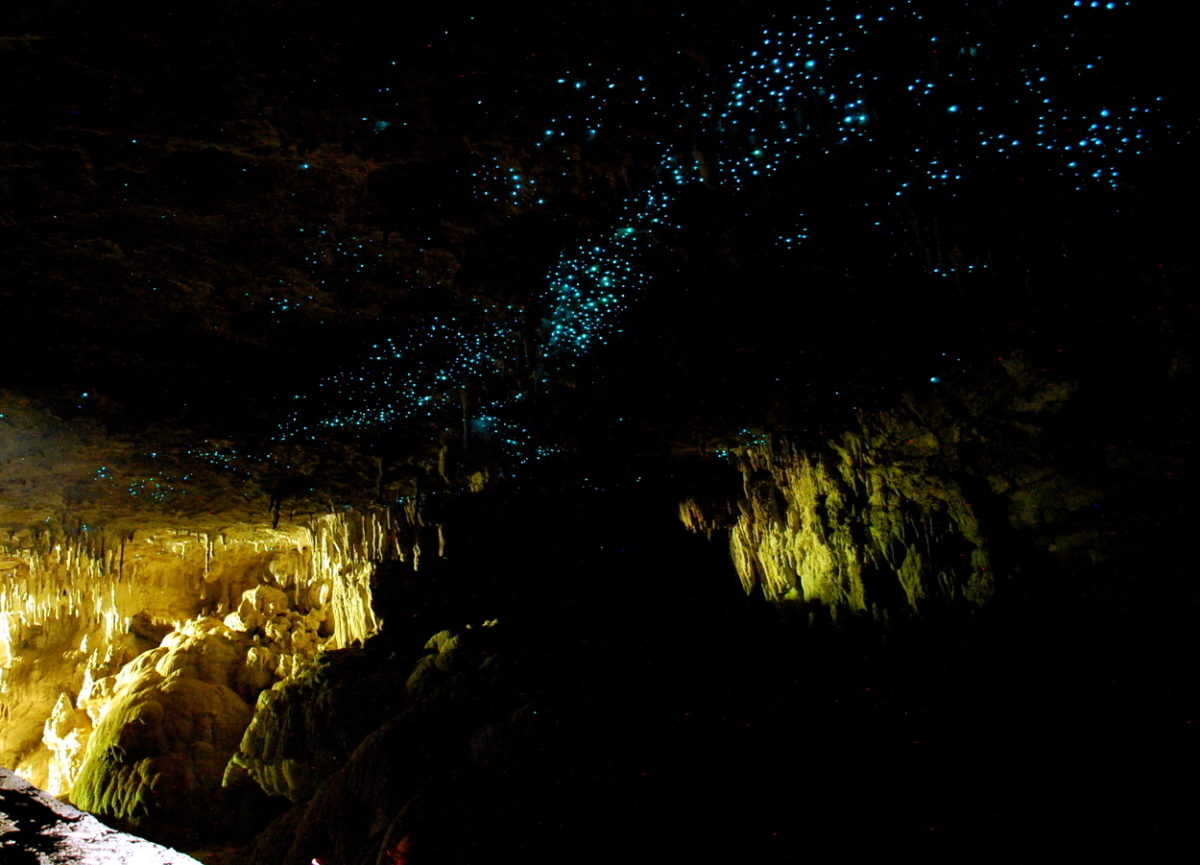 Just when you thought it couldn't get more magical: the Waitomo glow worm caves. Photo by Donnie Ray Jones. 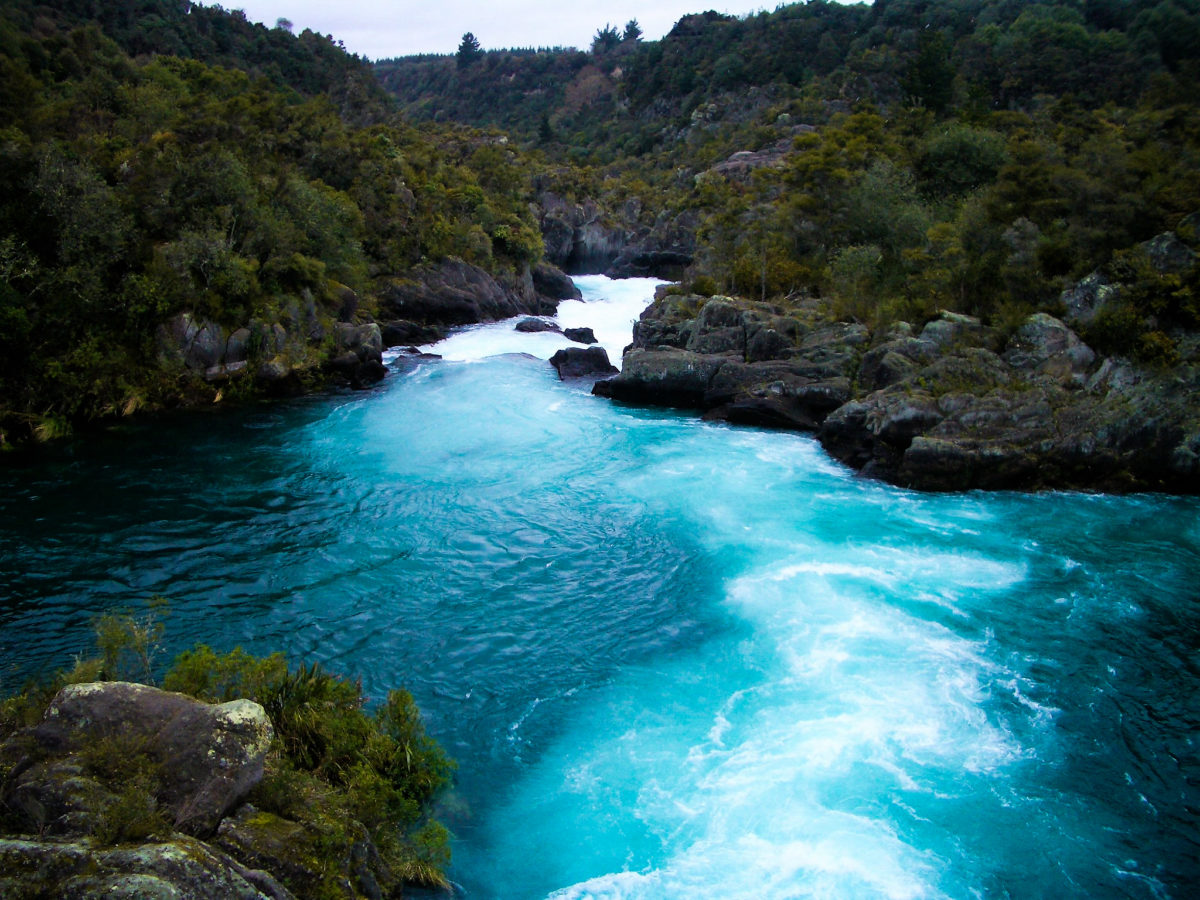 For a high-adrenaline adventure, try rafting down the river at Rotorua. Photo by Denis Bin.

“I’m Going On An Adventure!”

Not far from the Shire, the rest of Matamata and the surrounding areas continue to prove that Jackson chose the right place to film. I’m off to explore Wairere Falls, the Maungatautari Ecological Reserve, and the Te Tapui Scenic Reserve, all of which show off New Zealand’s stunning flora and fauna.

Plus, Karapiro Lodge isn’t all scenic views and native gardens: They also connect adventure travelers with nearby opportunities to go whitewater rafting at Rotorua, spelunking in Waitomo Cave, and skydiving over the hills of northern New Zealand.