The Traveler’s Syllabus for Madrid, Spain

At Here Magazine, we believe in getting well-educated before we get well-traveled—especially when we book a trip to a city like Madrid, where art, literature, history, and culture are packed into every street corner.

Your flights are confirmed, your bags are packed, and you can already taste the tapas. Now, study up and prepare to take a deep dive into the arts and culture-filled Spanish capital.

Welcome to your syllabus for Madrid, Spain. 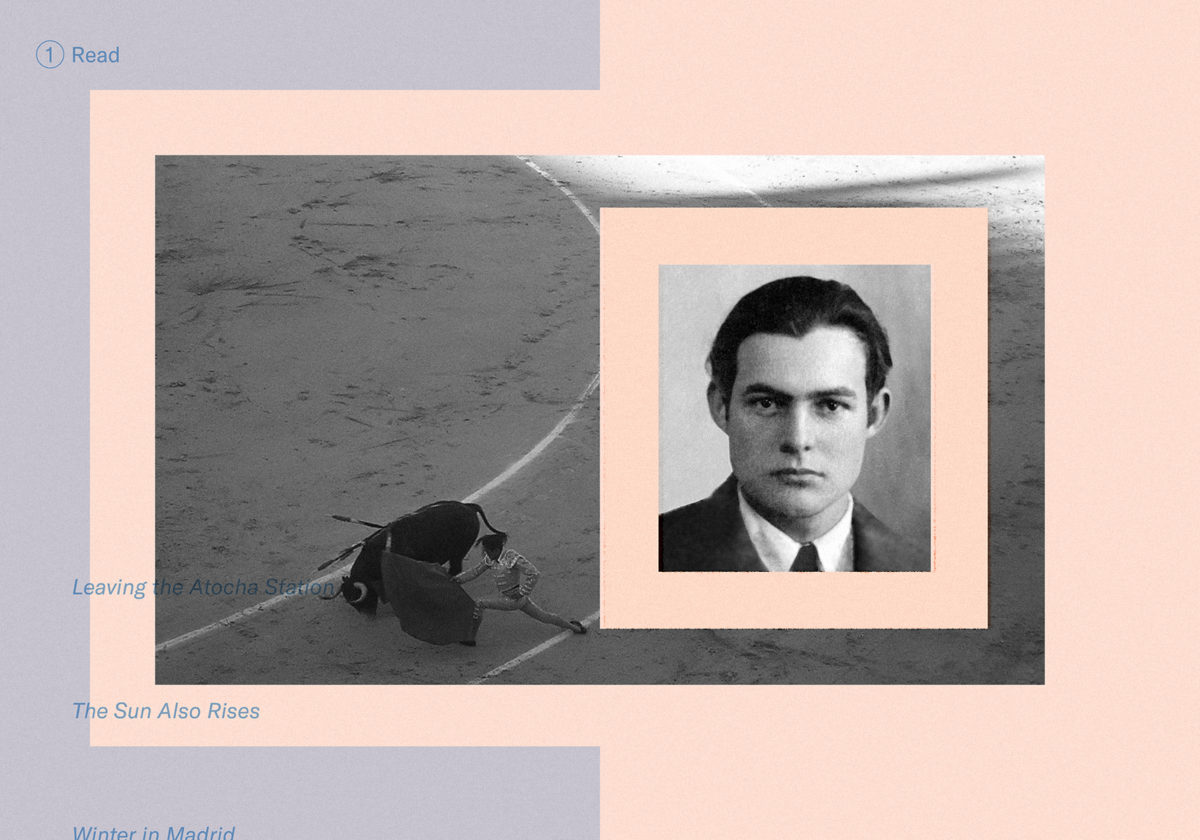 Books to Read Before a Trip to Madrid

Hemingway famously had a fondness for Spain, where many of his novels take place. Start with The Sun Also Rises, a tale about English speaking travelers on a journey from France to Spain. If you enjoy it, also try For Whom the Bell Tolls, which takes place in the hills surrounding the city, and Death In The Afternoon, an excellent introduction to Spanish bullfighting.

For the aspiring artist coming to Spain, get lost in this novel that will make you question your own relationship with art and life. Leaving the Atocha Station tells the story of a young American poet on a fellowship in Madrid as he searches for purpose in his new life abroad—and the loneliness and imposter syndrome that come with it.

Many important Spanish novels take place against the backdrop of the Spanish Civil War, as is the case with Winter in Madrid. The story follows Harry Brett, a newly-recruited spy for the British Secret Service, as he attempts to navigate love, loyalty, and loss in a post-war Madrid. 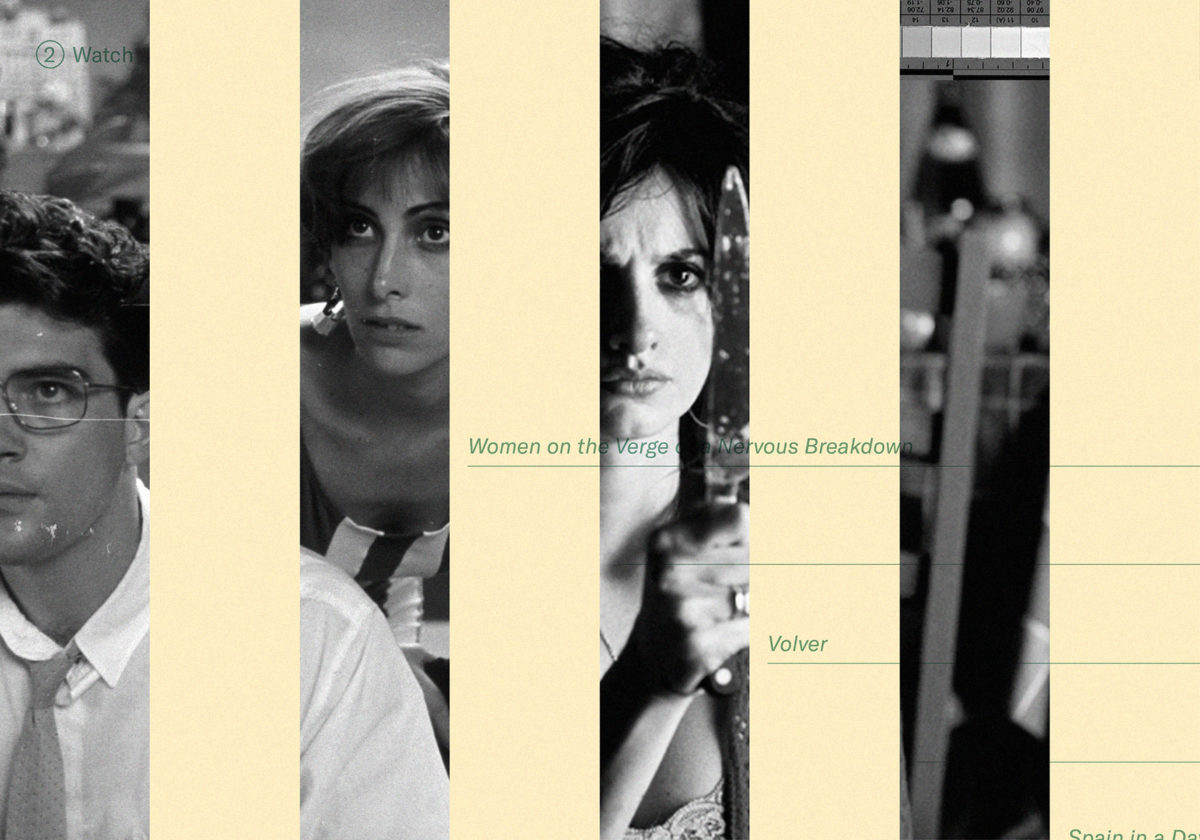 Movies to Watch Before a Trip to Madrid

Women on the Verge of a Nervous Breakdown (1988)

In this award-winning romance film and black comedy by director Pedro Almodóvar, depressed TV actress Pepa searches desperately for her lover, Iván, who leaves her without any farewell or explanation. On her quest to find him and learn why he abandoned her, she meets a number of characters from his past—including his wife and his estranged son, played by Antonio Banderas.

Another hit by Pedro Almodóvar, this drama stars Penélope Cruz as Raimunda, who lives in Madrid with her dastardly husband and daughter. Still mourning the loss of their parents in a mysterious fire, Raimunda and her sister, Sole, return to the village in which the accident took place—uncovering dark truths about their family in the process.

Directed by Isabel Coixet, one of Spain’s most interesting and celebrated contemporary directors, this documentary gives a heartwarming and poignant glimpse into the lives of everyday Spaniards. Created from crowdsourced videos all recorded on October 24, 2015, the film stitches together commonplace scenes to paint a beautiful portrait not just of modern life in Madrid, but in Spain at large. 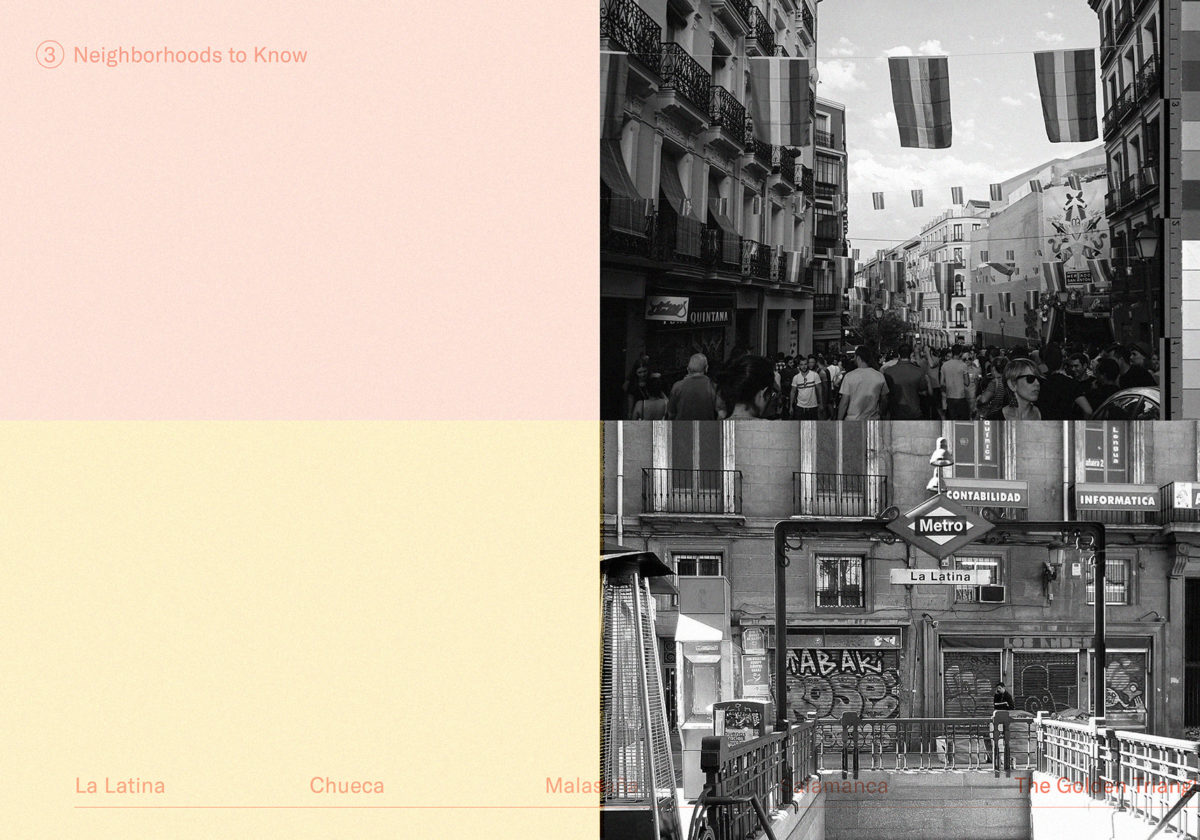 Neighborhoods to Know in Madrid

Commonly known as the LGBTQ+ neighborhood, Chueca boasts some of the best nightlife in Madrid, as well as the city’s hippest up-and-coming galleries and restaurants.

Madrid’s hipster neighborhood, home to a slew of cool cafes, bars, and restaurants as well as a cast of young Madrileños to helm them.

The neighborhood to visit for the bougie traveler, stroll through Salamanca for a glimpse into high-end Madrid—luxury shopping, fine dining, and grand architecture included.

The Golden Triangle of Art

The center of the artistic universe in Spain. The Museo del Prado, the Reina Sofia, and the Thyssen-Bornemisza contain some of the best European art of yesteryear and today. Mere minutes away from each other, see world-famous works like Francisco Goya’s Saturn Devouring His Son, Pablo Picasso’s Guernica, and Diego Velázquez’s Las Meninas in all their glory.

Like many major cities, Madrid is connected by an extensive metro system—comprised of 300 stations, it’s one of the largest in Europe. For about €2, you can get from one end of the city to the other in no time. During the week, trains run every few minutes from 6 a.m. to 1:30 a.m. (and every 15 minutes after midnight; keep this in mind when late nights turn into early mornings). Tourists should look into getting a metro pass. 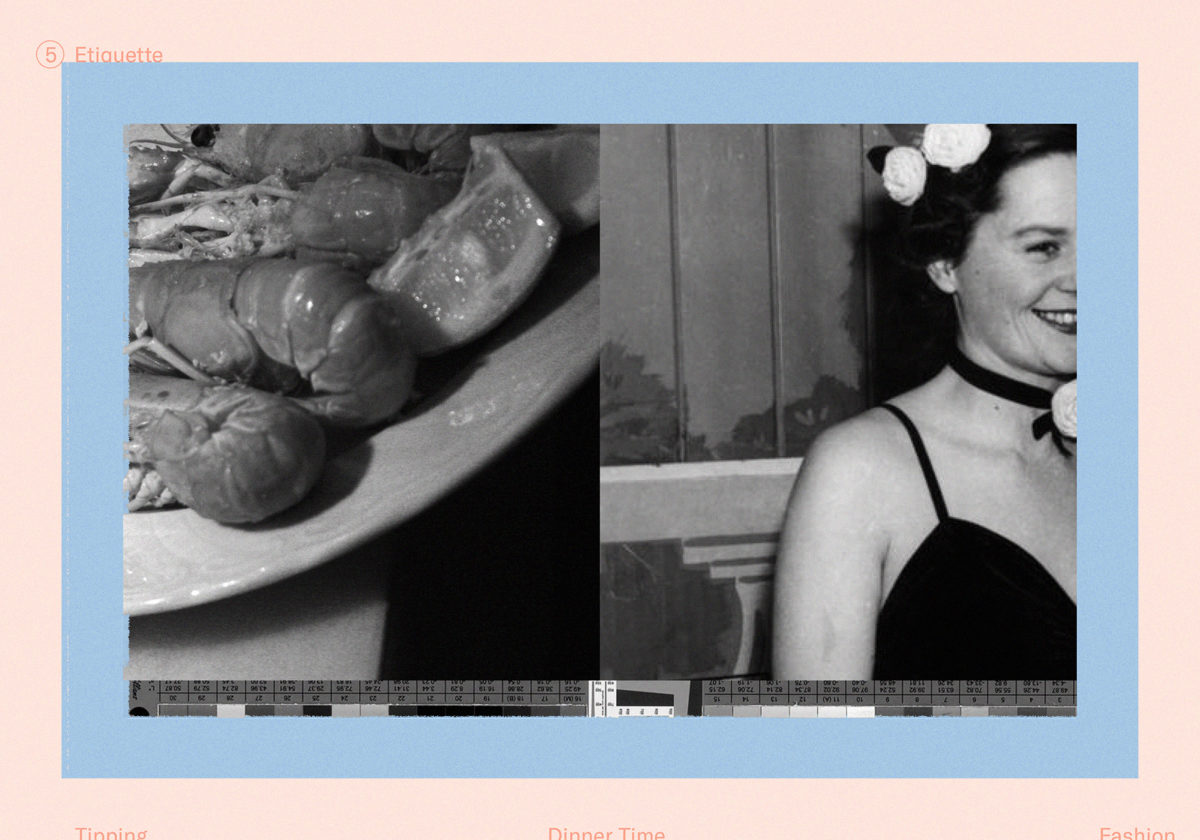 Whether in a restaurant, bar, or taxi, tipping in Spain is relatively common but not expected. Feel free to round up to the next euro and leave the change from a meal, but no need for more, except in cases of fine dining (in which case, leave 10%).

You’ll quickly notice that what many consider a late meal is right on time in Spain: Dinner usually starts between 8-10 p.m. When your meal arrives, it is considered polite to finish everything on your plate, so prepare to come hungry.

Here, appearances matter. Even for casual outings, dress sharp and leave flashy or shabby clothes and shoes at home: Dressing conservatively but elegantly is considered the norm.

No need to rush: In Spain, punctuality takes a backseat. Other than in professional settings, it’s acceptable to run anywhere from 15 to 30 minutes late. 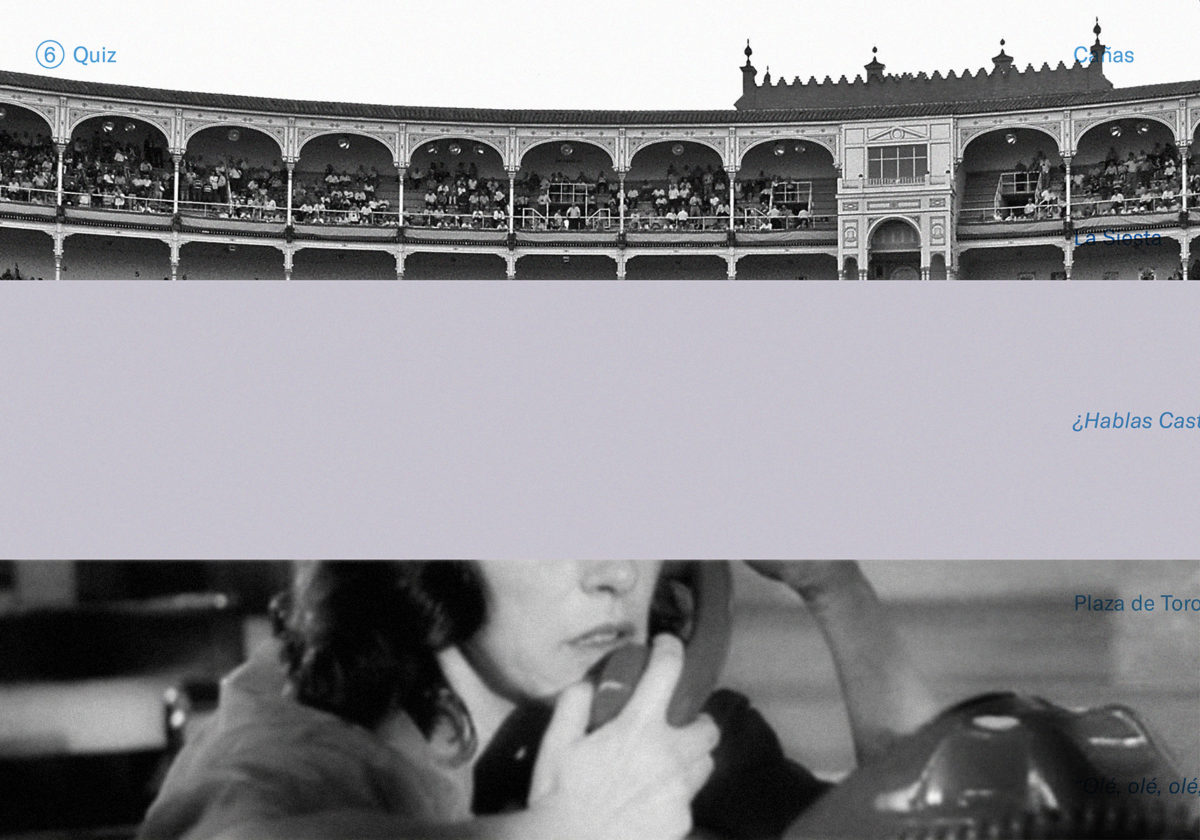 The local word for the Spanish language, Castellano is the Spanish version of “Oxford English” and considered by many to be the most proper dialect. You may want to know what to say if anyone asks ¿Hablas Castellano?

Essentially, it’s one big national nap. Each day from about 2 to 5 p.m., everything shuts down for a few blissful hours as Spaniards get in some afternoon R&R—the perfect break for the weary traveler suffering from jet lag.

Small beers that pair well with a tray of tapas, particularly after a long day of work (or, in your case, play).

Commonly known as Las Ventas, this is the most prestigious bull ring on earth. If you think your blood pressure can handle it, check to see when the next bullfight is on (or take a tour for something a little tamer).

Don all white and prepare to cheer “Olé, olé, olé, olé!” at the top of your lungs for this 100-plus-year-old fútbol team—one of the most beloved in the world, and certainly in Madrid.