Miles Griffis is a Los Angeles-based writer covering the arts, entertainment, and queer adventure travel. In his free time, Griffis goes birding in Griffith Park, hikes the county’s wild trails, explores the Los Angeles River, or engages in the city’s evolving art and drag scenes. Here, he details the ultimate guide to queer life in LA. 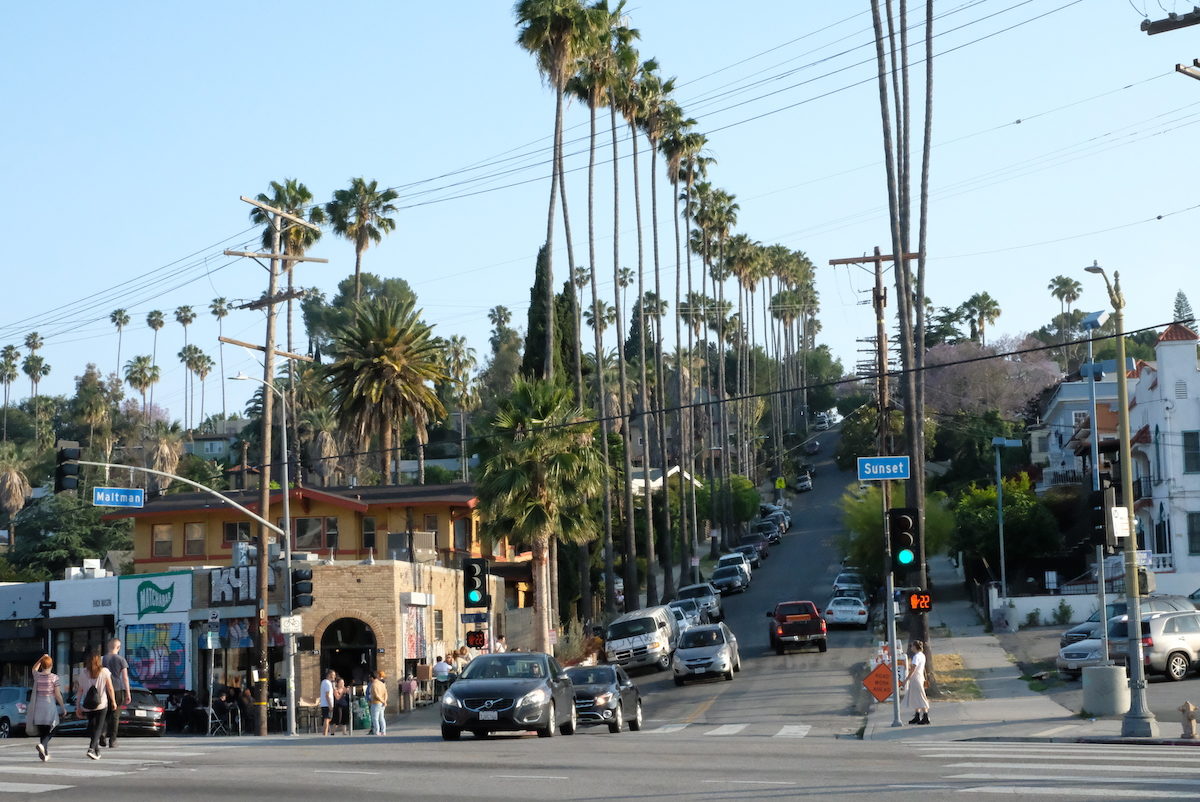 My favorite aspect of Los Angeles’ queer life is its ability to accomodate a variety of subcultures and passions due to its enormous population and wide constellations of neighborhoods. While queer life is centered in West Hollywood, Silver Lake, and Downtown, it pulses throughout the city in beautiful, diverse, and creatives ways. You’ll need more than a few lifetimes to experience it all, but here are a few standouts.

Home to over twenty gay bars in walking distance, a plethora of queer-owned businesses,  LA Pride Festival and Parade, Outfest, a Halloween Carnival, and over a third of residents identifiying as LGBTQ+, the City of West Hollywood is painted with rainbow street crossings year round. It’s no wonder “WeHo” has been a top LGBTQ+ welcoming destination since the 1970s and continues to draw travelers and new residents from around the world.

Though Stonewall is largely credited with inciting the gay rights movement, Los Angeles has a few historical LGBTQ+ uprisings that predate the Inn’s 1969 riots, including The Black Cat raids and protests in Silver Lake that took place in 1967. The neighborhood has long been an epicenter for queer culture—it was home to “America’s first celebrated drag performer,” Julian Eltinge, in the 1910s/20s, the Mattachine Society (said to be America’s first gay oranization, est. 1950), as well as a prevalent 80s leather scene. The neighborhood’s queer heart still beats strongly despite gentrification as many queer-owned businesses continue to thrive.

DTLA has recently established itself as an up-and-coming queer neighborhood since a handful of queer-owned business and bars opened in 2015, but its queer history is long and storied, including some of the first LGBTQ+ riots in the country at Cooper Do-Nuts in 1959, as well as a collection of gay-friendly hangouts and cruising locales in Perishing Square called “The Run” prevalent from the 20s to the 60s. The lofty neighborhood even puts on it’s own Pride festival, DTLA Proud, every August.

There are a handful of new hotels springing up Downtown, but The Ace remains one of the most queer-friendly, with its Pride pool parties, socials, and its stunning programming at the 1927 Gothic-style Theatre at Ace Hotel, where performers like Sascha Velour, Bianca Del Rio, Katya Zamolodchikova, and many more have performed solo shows to sold out audiences.

Steps away from the revelry on nearby Santa Monica Boulevard, the boutique 37-room Palihouse West Hollywood is a true refuge in the heart of one of the worlds largest gayborhoods. The hotel has handsome interiors, a sun-drenched rooftop with wide views of Los Angeles, as well as an elegant bar.

Feel like a local and rent a bungalow in Silver Lake. Besides their fairly central location in the city between DTLA and West Hollywood, you’ll be close to hip stores, queer history, and lively bars like Akbar. 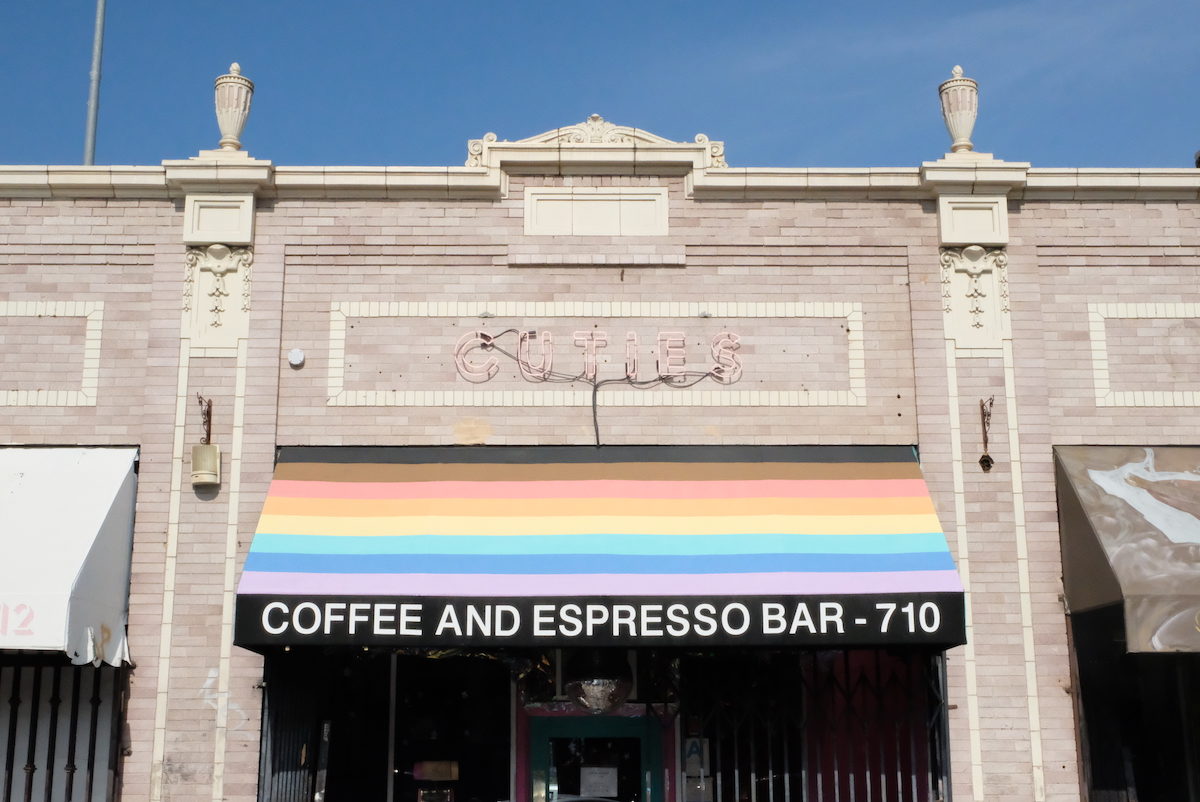 Cuties, a two-story coffee shop and community center in East Hollywood may be one of the only brick-and-mortar queer cafes in the states and is a great place to meet people beyond the bars and clubs of the greater Los Angeles area. The brightly lit Art Deco interior also has a few shelves holding a small but powerful library of queer theory and literature—the space also hosts queer book clubs, socials, and other events.

Silver Lake’s Casita Del Campo has been around since 1962 and has become a queer landmark since it was once surrounded by bath houses and leather bars. Besides its hearty Cal-Tex menu (and heavy pour margaritas) it’s known for its cabaret theatre, The Cavern Club Theater, which puts on campy plays, drag shows, and dance performances.

New York and Portalnd aren’t the only cities with the queer-owned feminist fashion brand known as Wildfang. Los Angeles has its own brick-and-mortar store in the heart of Silver Lake, on the busy Sunset Boulevard. 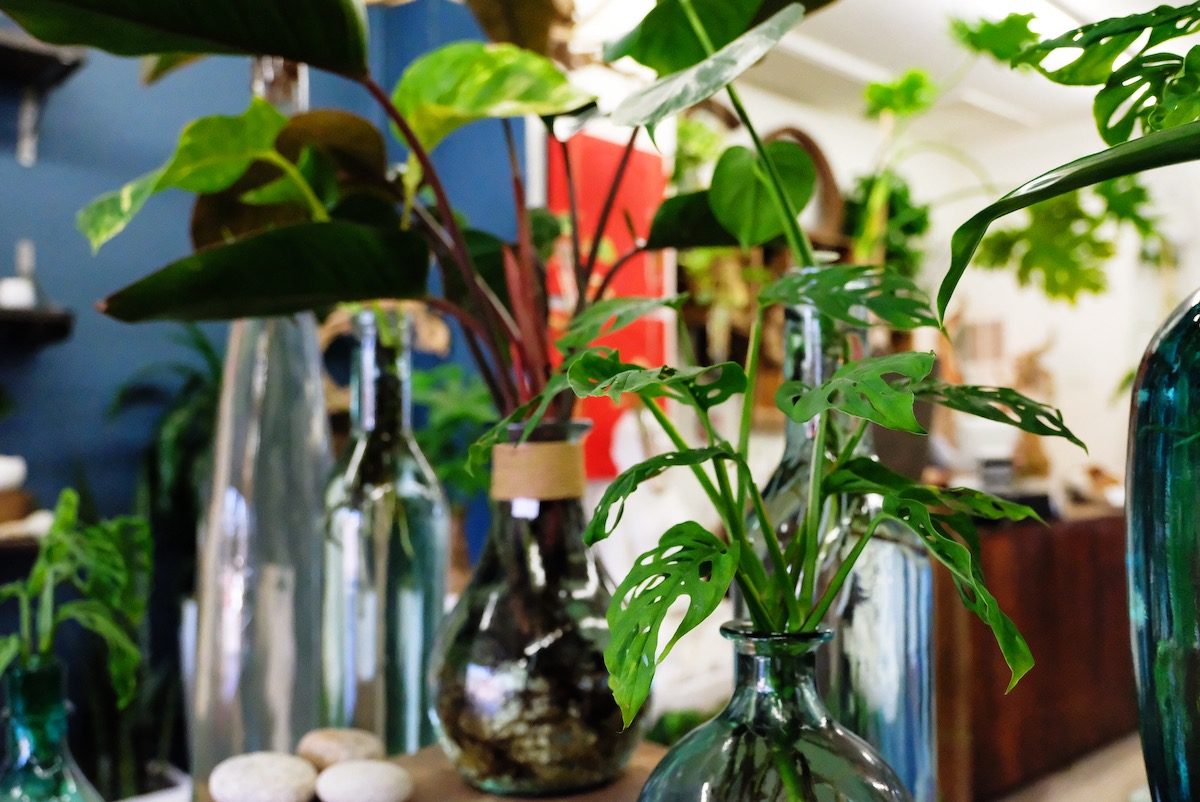 While visiting L.A., it’s hard not to fall in love with the cacti, succulents, and other colorful plants leaping from the city’s gardens. Highland Park’s queer-owned boutique, The Juicy Leaf, sells a bright assortment of unique plants and arrangements for the urban gardener.

Celebration Theater, now based at the Lex in Hollywood, was founded in 1982 by Mattachine Society co-founder Charles Rowland and has since put together decades of performances including the original Naked Boys Singing! and a critically-acclaimed production of Boys From Oz.

While much of Los Angeles’s queer life is based in West Hollywood, Silver Lake, and in DTLA, the West Side contains a significant queer population (and some interesting queer history)—but no current full time queer establishments or bars. The area does however, have it’s own “unofficial” gay beach, nicknamed “Ginger Rogers Beach” near lifeguard station 26 on the wide sand beaches, just a short drive north of Santa Monica. 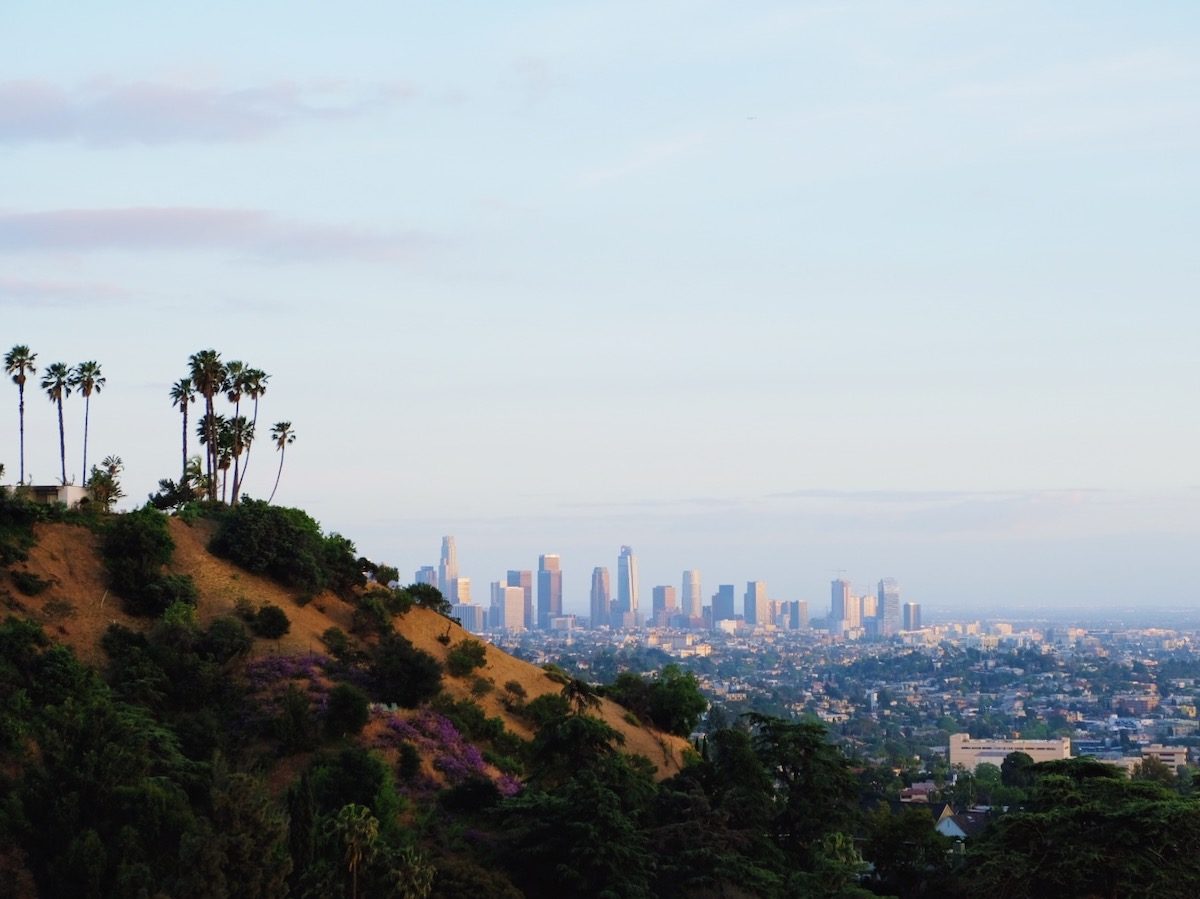 ONE National Gay & Lesbian Archives at the USC Libraries

The ONE Archives at USC hold the largest collection of LGBTQ materials—books, periodicals, clothing, artworks, photography, audio recordings, videos, letters, ephemera, and much, much more—in the world. The space is named after ONE Magazine, the first “national homosexual periodical” founded in 1952. Visit Tuesday-Saturday and be sure to check out their sibling gallery space in West Hollywood, ONE Archives Gallery and Museum, which features education initiatives and thought provoking exhibits. While not associated with ONE, West Hollywood is also home to the  The June L. Mazer Lesbian Archives.

At 4,210 acres (nearly five Central Parks!), Griffith Park is said to be one of the largest municipal parks with urban wilderness areas in the country. The massive park is home to more than 53 miles of steep hiking trails, The Autry Museum of the American West, the gorgeous Griffith Observatory, and its very own mountain lion, P-22. The park was even the setting of a “gay-in” demonstration organized in 1970 by the group The Gay Liberation Front.

Downtown Los Angeles has established itself as a groovy queer mecca with creative energy and diverse, welcoming crowds. Don’t miss the strange, brilliant, and grotesque drag show  Queen Kong Friday nights at Precinct. And while you’re downtown, be sure to grab a pre-drink at The New Jalisco Bar and end the night dancing at the nearby Redline.