Amber Fryer is a freelance creative and the former head of design for Amazon Pride UK and EU. Fryer was born and raised in London and currently resides in Hackney Wick, East London. “Growing up in a city with so many diverse cultures and characters offered a variety of outlets to safely explore and have fun discovering the colourful complexity of London’s LGBTQ+ community,” she says. Here, Fryer shares her favorite aspects of queer life in her hometown, from the best experimental hair salons to drag shows you shouldn’t miss. 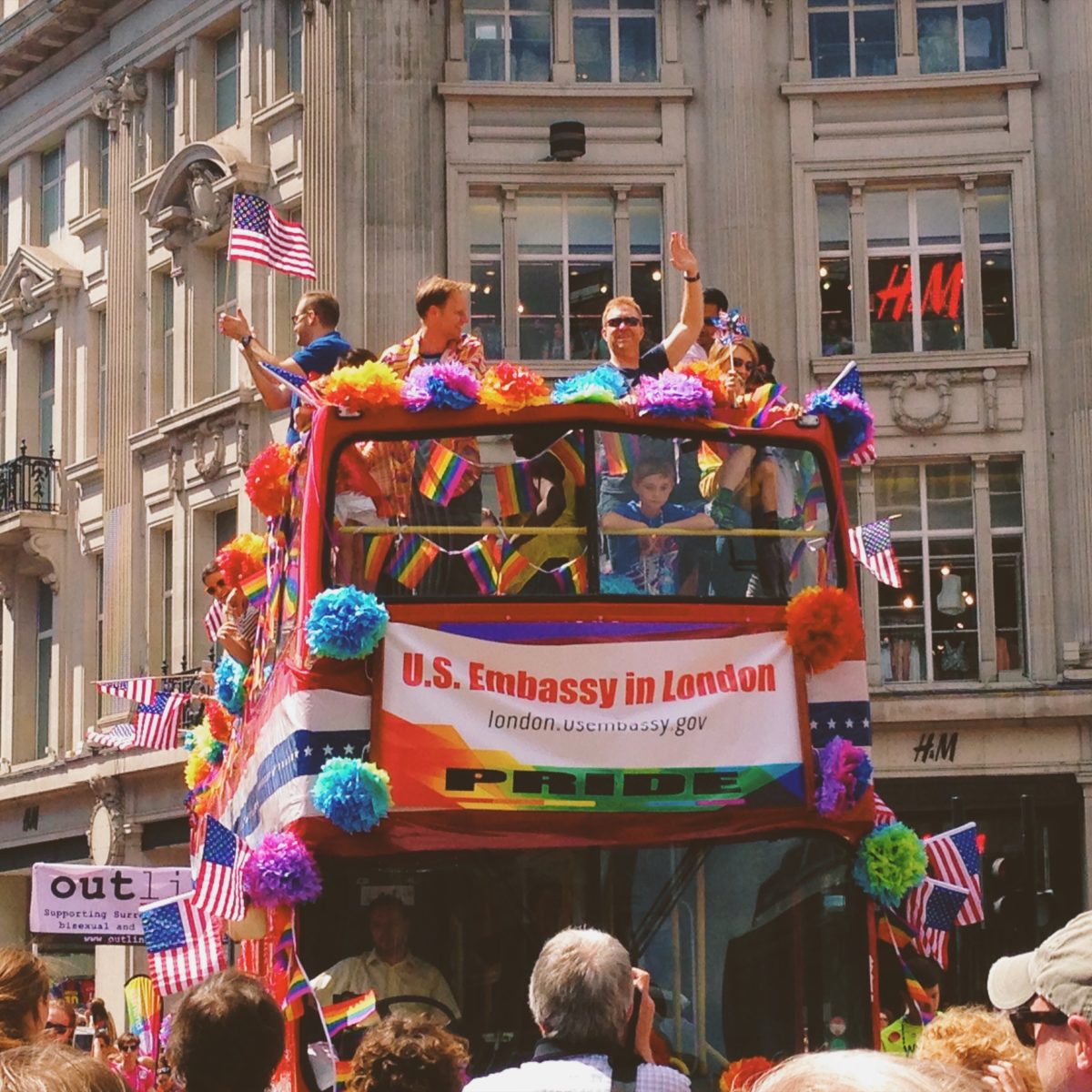 As a metropolis of art, business, and design, London is a city steeped in queer history. Famous patrons like David Bowie pushed sexual boundaries, embracing queer people into society, marching and protesting for what makes London one of the most exciting and inclusive destinations for LGBTQ+ people in the world.

No trip to London would ever be complete without visiting the hub of London’s queer life that is Soho. Since the dawn of queer culture,as early as the 17th century—from pubs to clubs, restaurants to theatre productions—Soho has been firmly the beating heart of London’s LGBTQ+ community. Everyday, Old Compton street and the surrounding area buzzes with tourists and queer folk alike, with neon lights glowing morning to night. Happy hour is every hour in Soho, so you’ll never miss a beat!

East London plays host to some of London’s most eclectic LGBTQ+ venues. Where grit and glamour collide to create London’s alternative queer scene, the East End streets bare the souls of the underground creative folk, whose boundless talent and style bring together a diverse mix of music, fashion, and disco dancing debauchery.

The area has a queer history as far back as Soho, with the area famous for its cabaret and drag acts, dating back before the 1950s! South London is a vibrant scene of old and new, where relics meet regeneration, with Vauxhall, Clapham, Kennington, and Peckham amongst the most popular areas of this gaybourhood. From warehouse clubs to male and female only gyms, the South London lifestyle boasts an iridescent spectrum of people and places to discover. 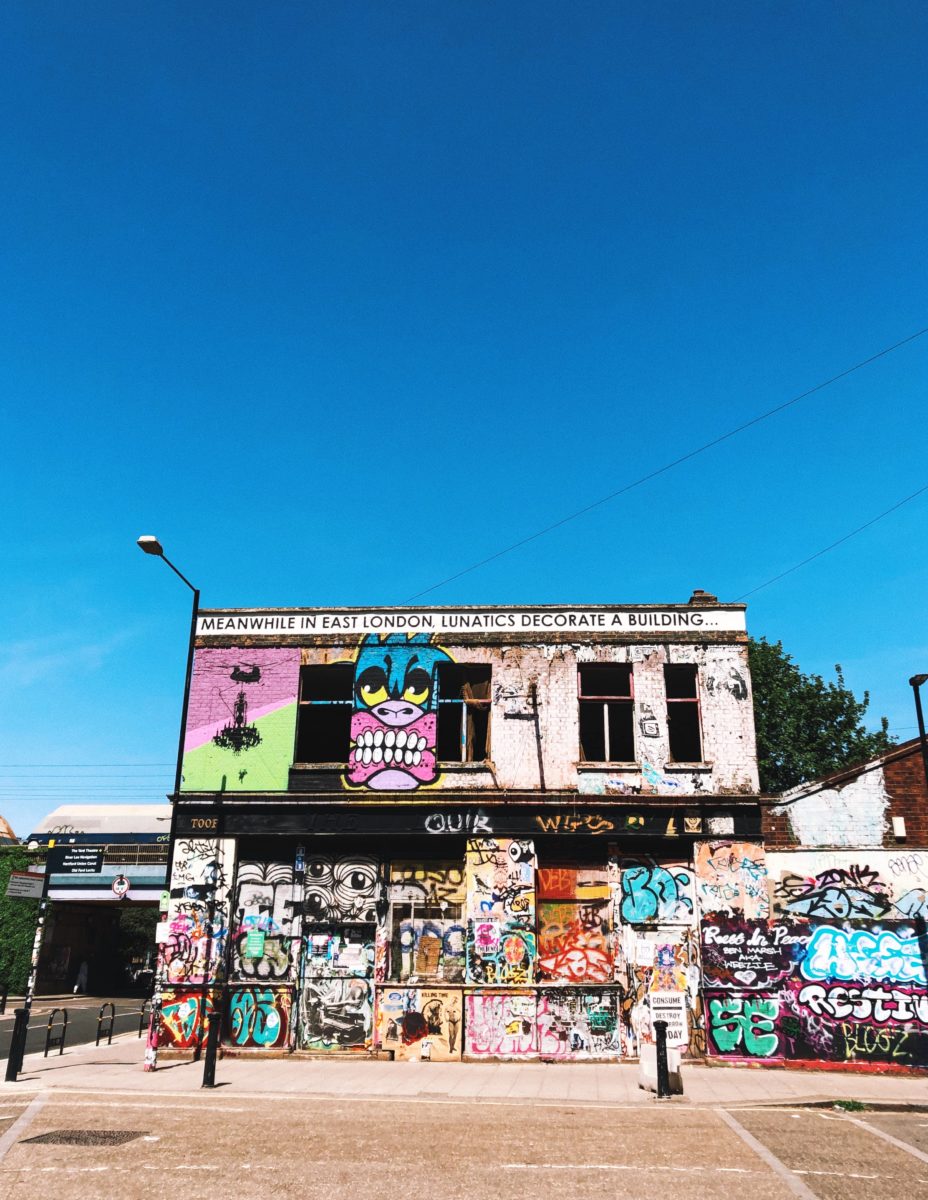 Located amongst the glitz and glamour of London’s West End, and only a sashay away from Soho, The W Hotel is a sleek and chic destination. With the recent launch of its funky bar and lounge, The Perception, like the rest of the hotel, captures the the kitschy/campy soul of London with experiences like “What’s the Tea?” a delectable drag afternoon tea, or “Queer Me Out,” a gender fluid fashion extravaganza. Whether you’re checked in or stopping by, The W London is definitely one to check out.

Curtain Road, East London is a camera-ready hotel and members club located a short walk from Old Street station. Whether it be an overnight visit or a weekend away, the rooftop pool and restaurant are features worth feasting over—the brunch is especially fabulous. Below the decadence of the chicly designed rooms is housed a sleek screening and disco room, notably premiering exclusive queer friendly events and films, such as Ru Paul’s drag race viewing parties and secret live performances from queer artists. It’s a VIQP (Very Important Queer Person) venue worth visiting.

Of the creative and eclectic, globally-known chain of Ace Hotels, the Shoreditch location does everything to encompass the brand’s notable hipness with a dash of East London realness. Day or night this hotel lobby buzzes with creative activity. With an impressive rooftop and equally fabulous restaurant, it’s no wonder this soulful site plays homage to its neighbourhood by hosting an array of engaging queer events. The hotel proudly advocates as a trusted LGBTQ+ destination, welcoming queers and allies alike to enjoy live performances from drag artists and musicians, to dancing the night away at one of their many queer nights held in their nightclub, Miranda. 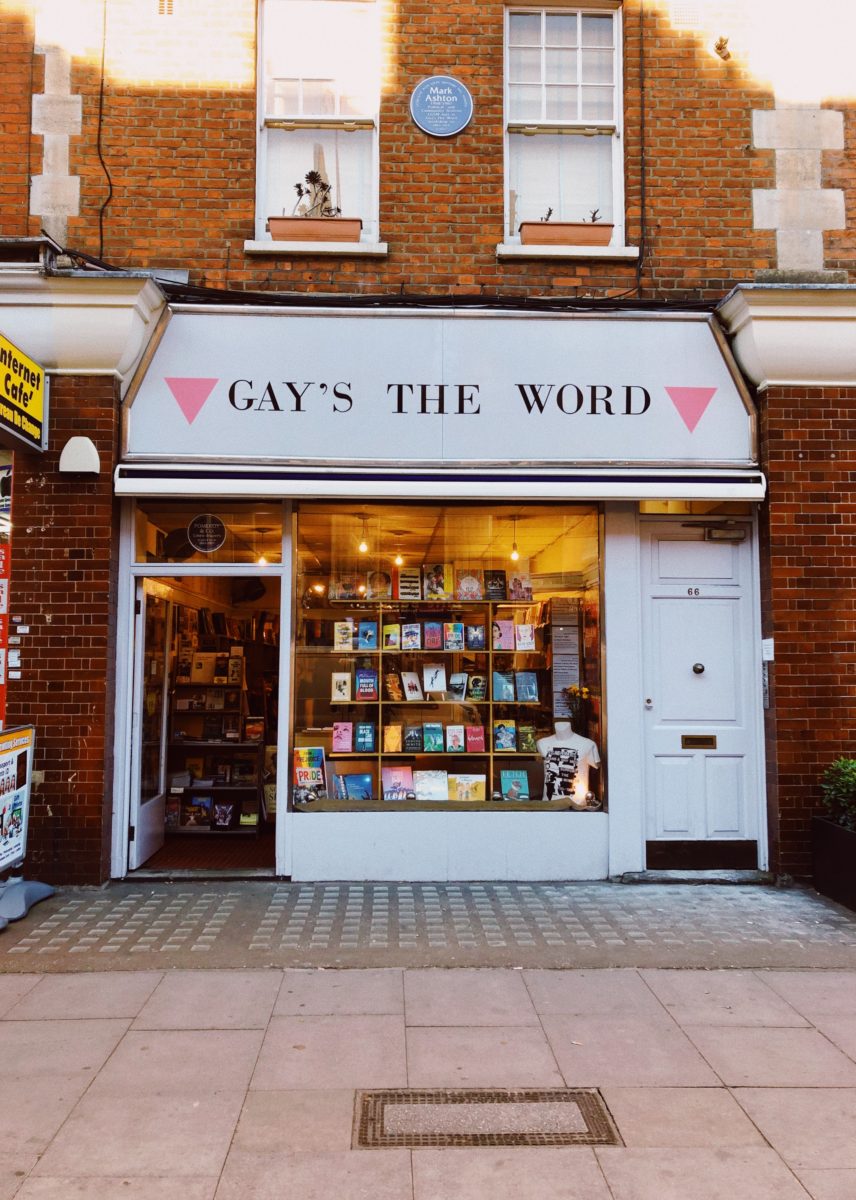 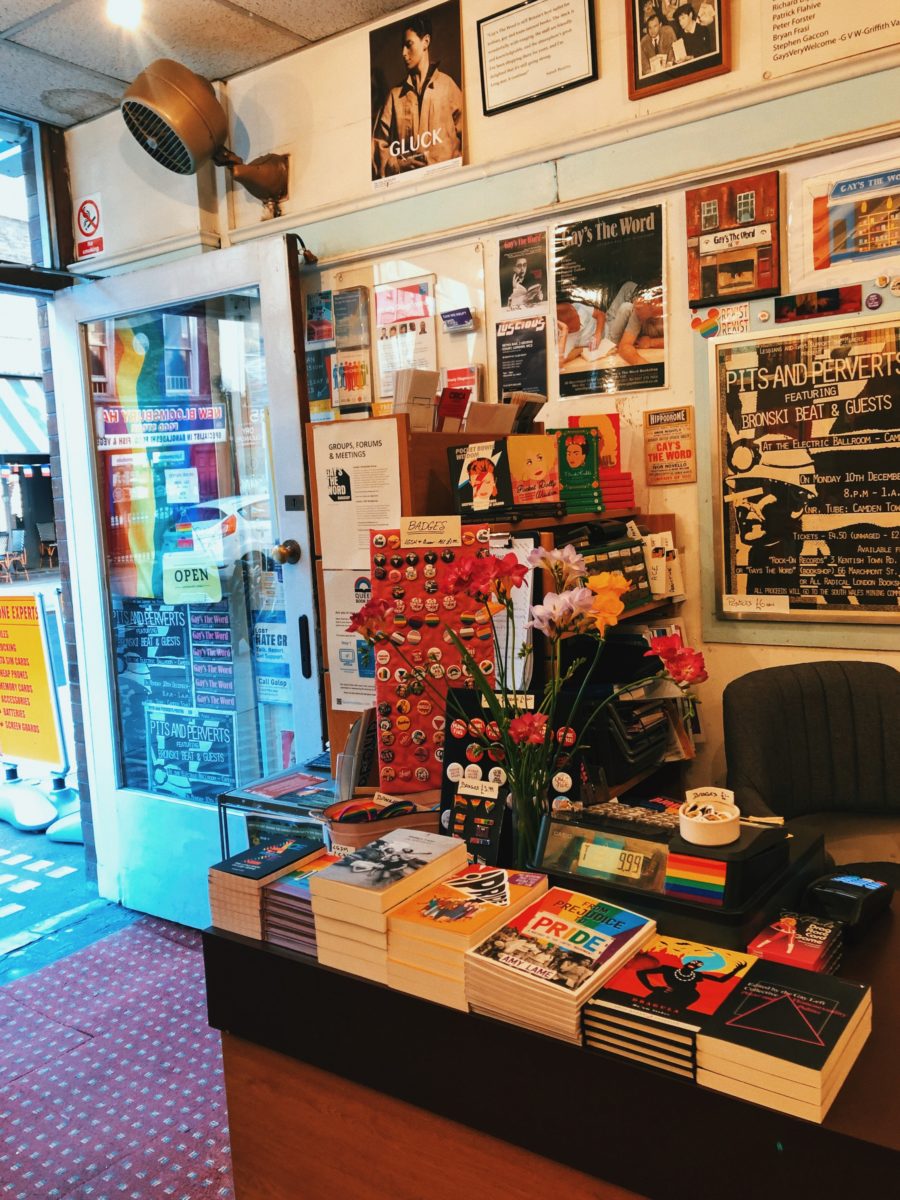 Exploring your identity can often mean experimenting with personal style, like expressing your inner self with a hairdo to match. Open Barbers (Hoxton), Tuttii Fruittii (Deptford) and Blade (Soho) are all hair salons that pride themselves on an open and unique experience for people of all genders and sexualities. What I love about each salon is the care and attention in welcoming everybody into their space, with affordable prices that reflect their love of community. I only wish places like this existed when I was growing up and experimenting with my identity. Whether it’s a cocktail and cut at Blade’s, or a technicolour transformation at TuttiiFruittii’s, these queer owned salons make treating yourself a buzz-worthy experience.

For a Sunday brunch with all the bells and bar-dancing divas, queer gem Dalston Superstore offers an extra side of sass with your Sunday service. Not only known for their iconic LGBTQ+ nightlife (a definite ‘to-do’ too), the fun doesn’t stop when the morning rises in the East. Located along Kingsland Road, ‘Basic Brunch’, served by one of my drag favourites A Man To Pet, will have your eggs poached perfectly with a dash of debauchery, leaving you full of deliciously put-together food and fun. Celebrating its 10th birthday this year, it’s one of few queer places left that guided me and many others through queer adolescence, supporting the whole LGBTQ+ community, providing a safe space to dance, find love, and meet like-minded people over a bevvy. 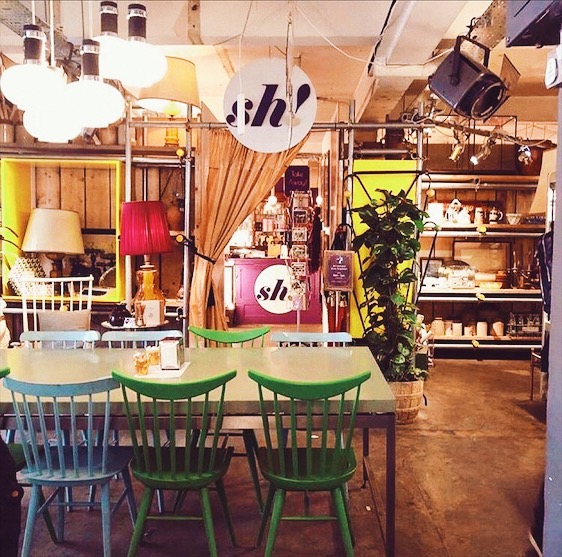 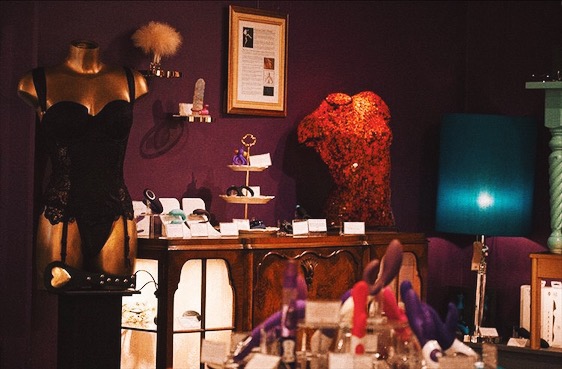 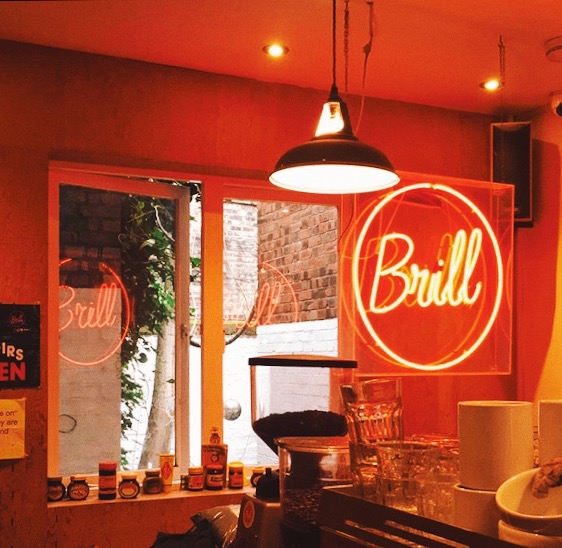 For over 40 years, Gay’s the Word bookstore has been a treasured resource and safe space for every manifestation of the community of all ages and generations. Situated in the charming streets of Bloomsbury, crossing the doorway you are instantly met by wonderfully attentive general managers, Ulilenart and Jim. Beyond the bookshelves, you’re captivated by the conversations people are sharing, elevated by the in-depth personal recommendations penned by the wonderfully attentive staff.

I’d popped into grab a coffee at Pitfield London in Hoxton when I first stumbled across Sh! It was like discovering a naughty Narnia, hidden through a secret doorway. Nestled within a wholesome East London café, Sh! has pioneered one of the only female-first erotic boutiques in the country since 1992. The inspiring ladies who work here are as wonderfully passionate about their woman-powered ethos as the stimulating array of product adorning the shelves. Sharing their secrets at carefully curated (and often sold out!) talks and workshops leave you feeling more empowered by your body and sexuality than ever before, celebrating that sexuality and gender is not one-size-fits-all.

A proudly independent cafe and music store, located in Exmouth Market, Brill offers more than just a great cup of coffee. The walls at this aptly-named cafe display a well-curated collection of vinyl, alongside a well stocked shelf of queer magazines to browse. Each morning, someone from the staff cycles to Brick Lane to collect a fresh batch of infamous bagels, and if the vegan rocky roads aren’t inviting enough, Brill prides itself on being a queer-friendly destination, hosting events such as queer music and poetry nights, even fixing up some after-hours Pride Punch for the occasion. 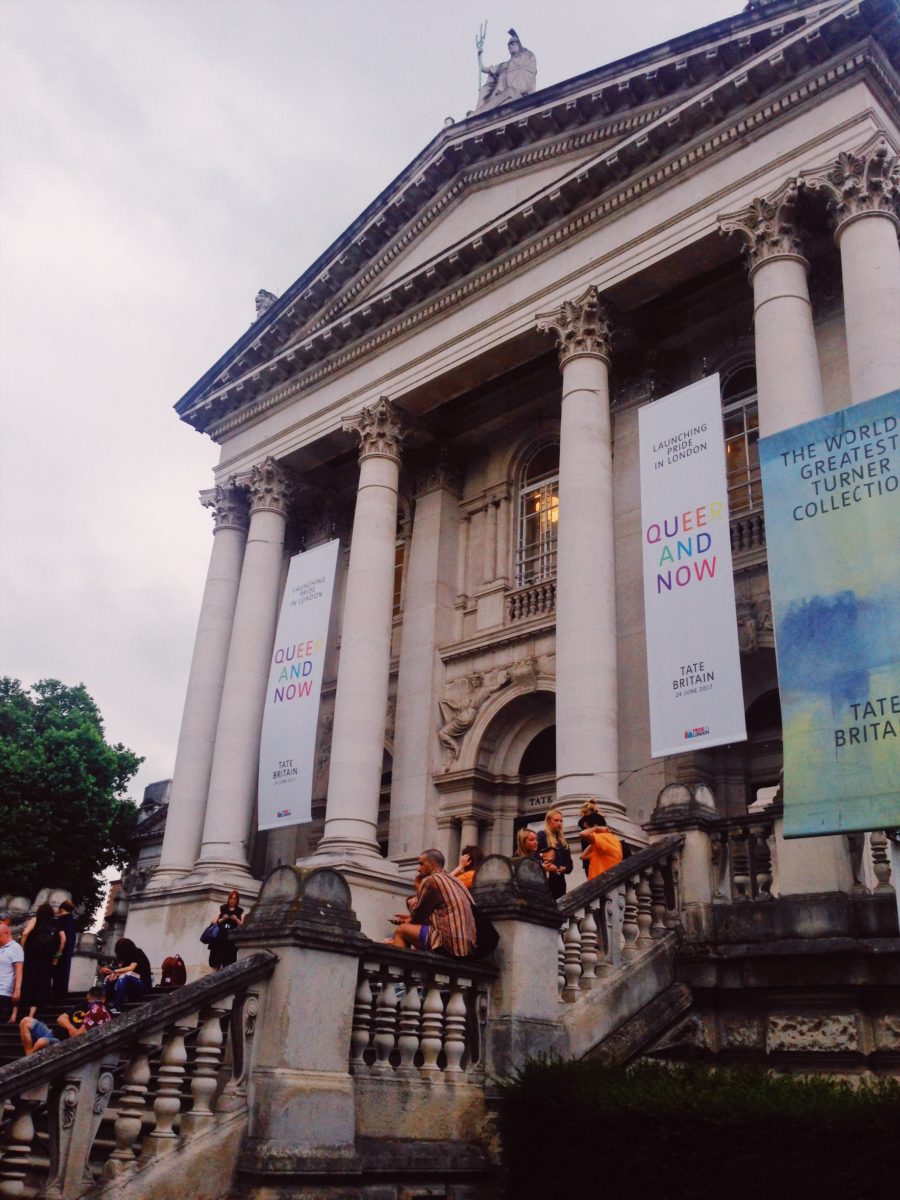 These two museums are home to hundreds of iconic queer artwork waiting to be discovered. From Francis Bacon to David Hockney, both galleries hold an extensive collection of queer British art, annually curating exhibitions and festivals around Pride month. Notably my favourite being Queer and Now, held at Tate Britain, Westminster, where the gallery hosted a powerful public display of queer art, with family tours, music, film, and workshops all rooted from the UK’s queer community. One of my favourite parts of the day was the vogue lessons that took place in one of the grand fine art rooms, the sight of over one hundred people voguing abreast decadent portraits will stay in my mind forever.

BFI is also home to Flare: London’s LGBTQ+ Film Festival. Flare happens every year, located at the BFI Southbank Centre, curating a whole roster of contemporary queer cinema. The festival offers a vibrant space for audiences, enthusiasts, and makers to come together to share their love for great film and celebrating the work of LGBTQ+ movie pioneers through events, screenings, and workshops. The BFI premiers many other queer friendly events throughout the year, so for any traveling film buffs out there, I would highly recommend.

Located in the quaint town of Hampstead Heath is this vastly popular open green space. Relatively accessible via public transport, it’s one of London’s best features open daily to the public. It also holds claim to being a top queer hotspot. The large freshwater swimming ponds are divided up by gender—Mixed, Women’s and Men’s only. With incredibly social atmospheres, whether you’re taking a weekend dip or soaking up the city sun, it’s a perfect place to people watch and spend summer days at one with nature. 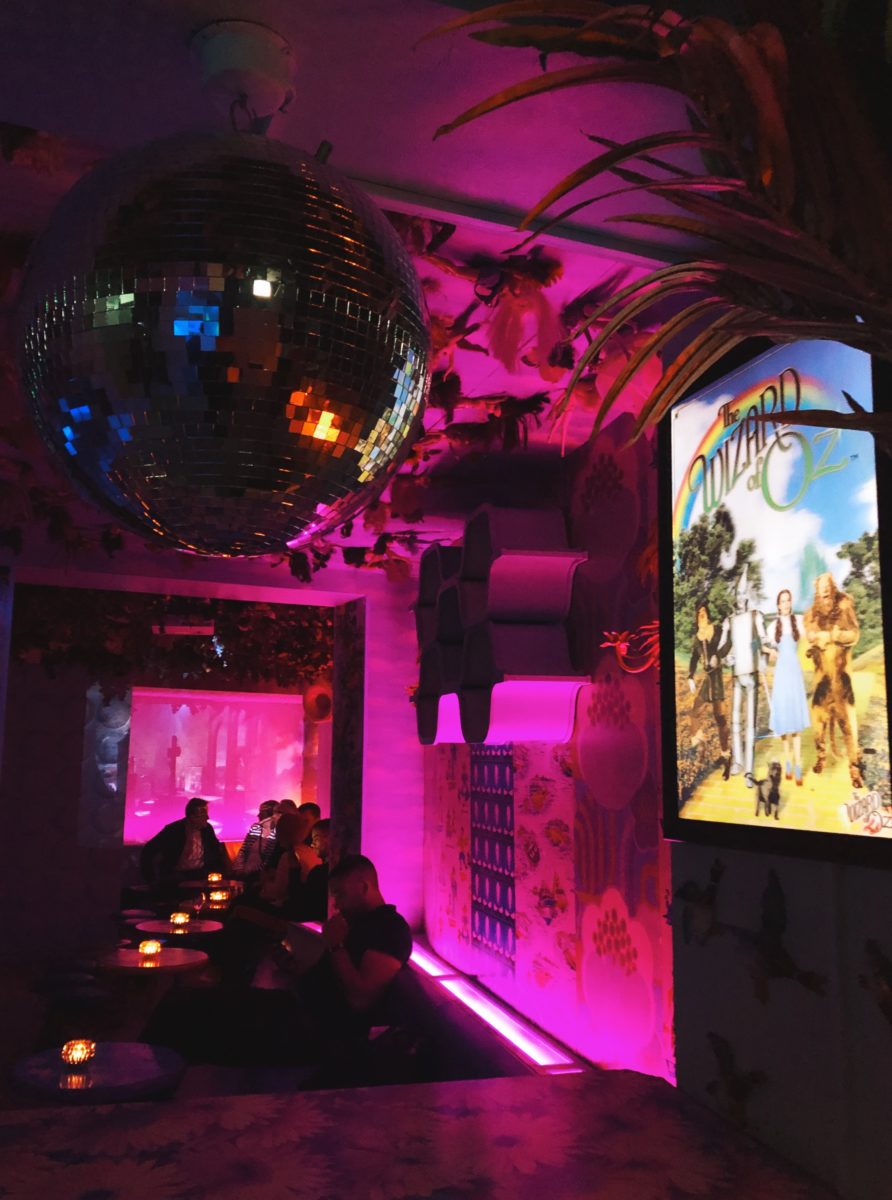 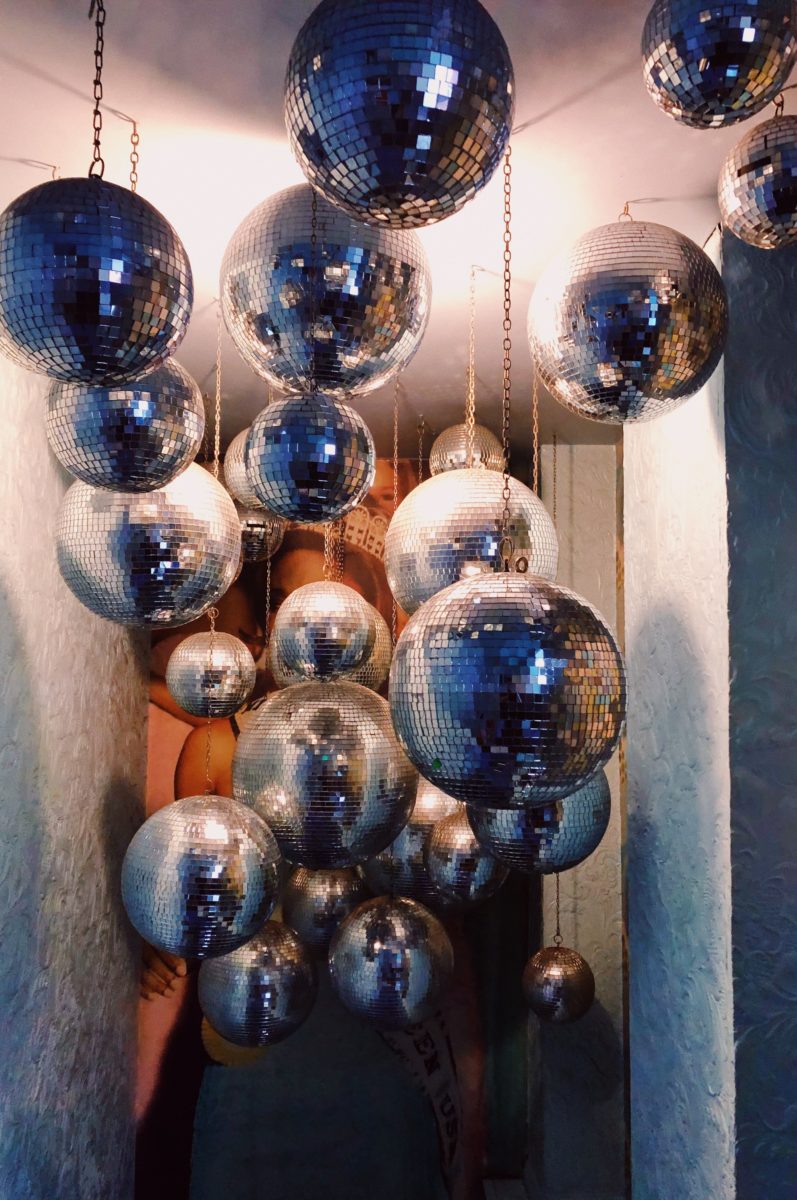 For over 20 years, Friendly Society has been SoHo’s (and my own!) best kept secret. Hidden down an inconspicuous alleyway off Old Compton Street, you’re teleported through a doorway via disco ball dream and into a house of fun. From barbie doll ceilings to bubblegum booths, funky-chic plasters every inch of this bar/lounge—Nile Rogers included. Peter, the fabulous owner of Friendly Society, says, “Everybody is welcome to join the party. It’s from our name that we commit to a friendly environment that invites anyone, from queers coming in for an after-work drink to a weekend cocktail with their mums!” As one of my favorite Soho secrets, this place has never changed its quirky charm, an essential pit stop and guaranteed boogie wonderland.

Perched along the riverside of Kingsland Road, you’re met with a classic British pub exterior, but once inside, you’re welcomed by a cozy and warm interior centered around a twinkling makeshift tree in the middle of the bar. As the night ticks on, so does the atmosphere, ramping up from a pleasantly poured pint to a shaken up “Schlong Island Iced Tea” as you await one of their fabulous shows to begin. Owned by East London drag legends Jonny Woo and John Sizzle, the brand is a pioneer for the LGBTQ+ community, creating a safe space for up-and-coming queer creatives and partnering with London-based queer charities so that everyone can enjoy a piece of the Glory. Some of the best drag I have ever seen has graced their little tinselled stage.

One of the longest running South London queer venues still around, located just down the road from legendary queer institution Royal Vauxhall Tavern, you’re welcomed into an all-inclusive cheap thrills extravaganza. Famous for their seven-days-a-week cabaret and karaoke, quiz nights and Drag acts, this venue has served the queer community for over 30 years. Two Brewers is great value for your money, scoring big points in the local gay scene. It promises camp, queer fun, and a late night club opening out the back on weekends.