Seeking Modern and Minimal in Lisbon

Guests at Santa Clara 1728 are greeted by cozy couches and the smell of cake in the lobby.
SnapshotAlly BetkerFilipe Lucas Frazão

When you walk into Santa Clara 1728, it smells like cake. I had been told that this would be the case by someone in the know, but the toasted, sweet smell surprised me anyway.

From the outside, the hotel blends in with the rest of a residential block in Alfama, flanked by the Santa Engrácia church and the Feira da Ladra flea market. On the inside, you’re met with not quite a lobby but “the social part of the building,” as owner João Rodrigues describes it. That’s because to Rodrigues, Santa Clara isn’t a hotel, but a home that he’s opened to the public. Which makes sense, considering he never intended to work in hospitality. 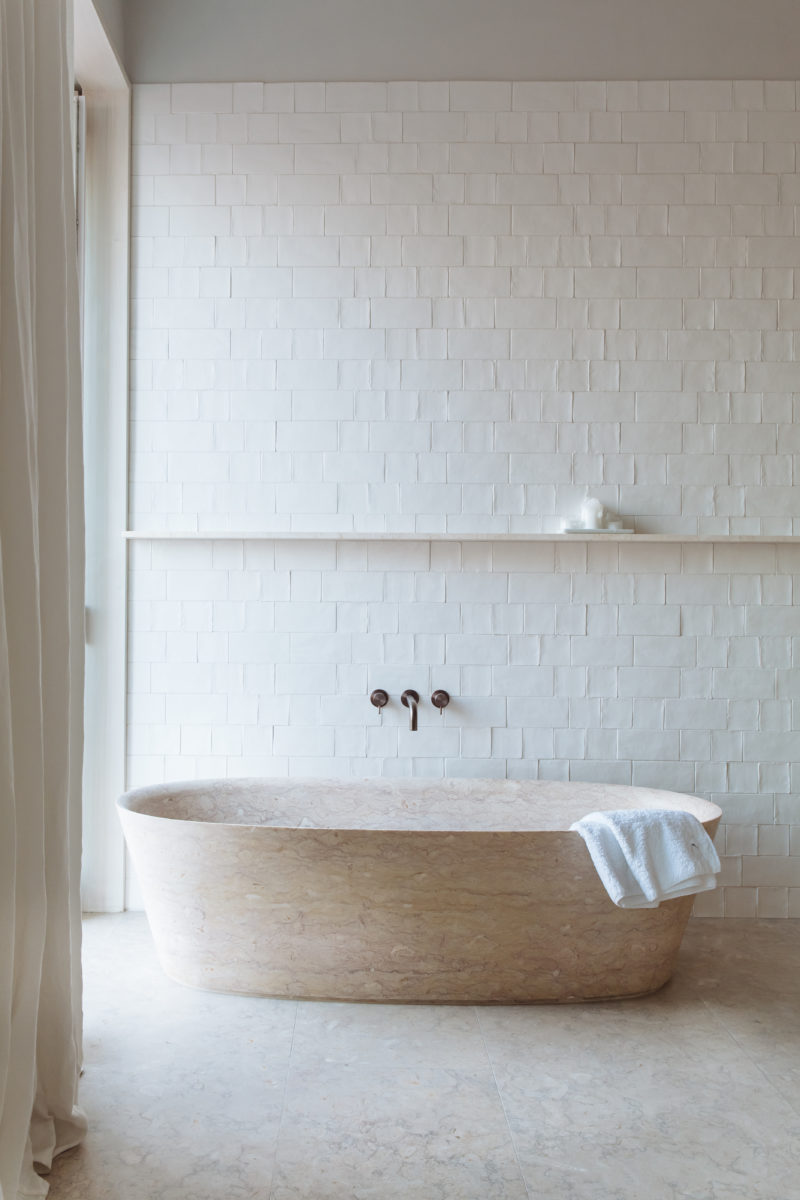 Santa Clara 1728's bathtubs are made from lion, a particular type of limestone marble found in nearby Sintra. 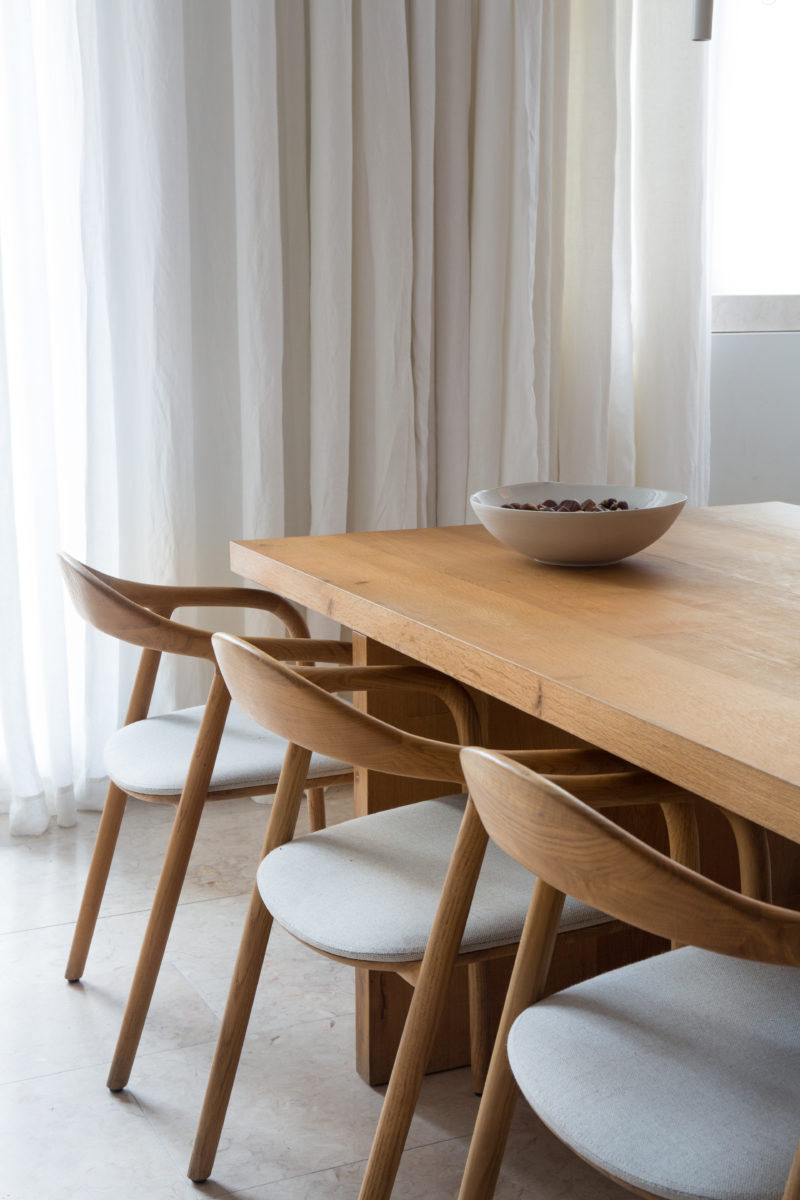 Meals are served family-style at Santa Clara, to encourage guests to interact. 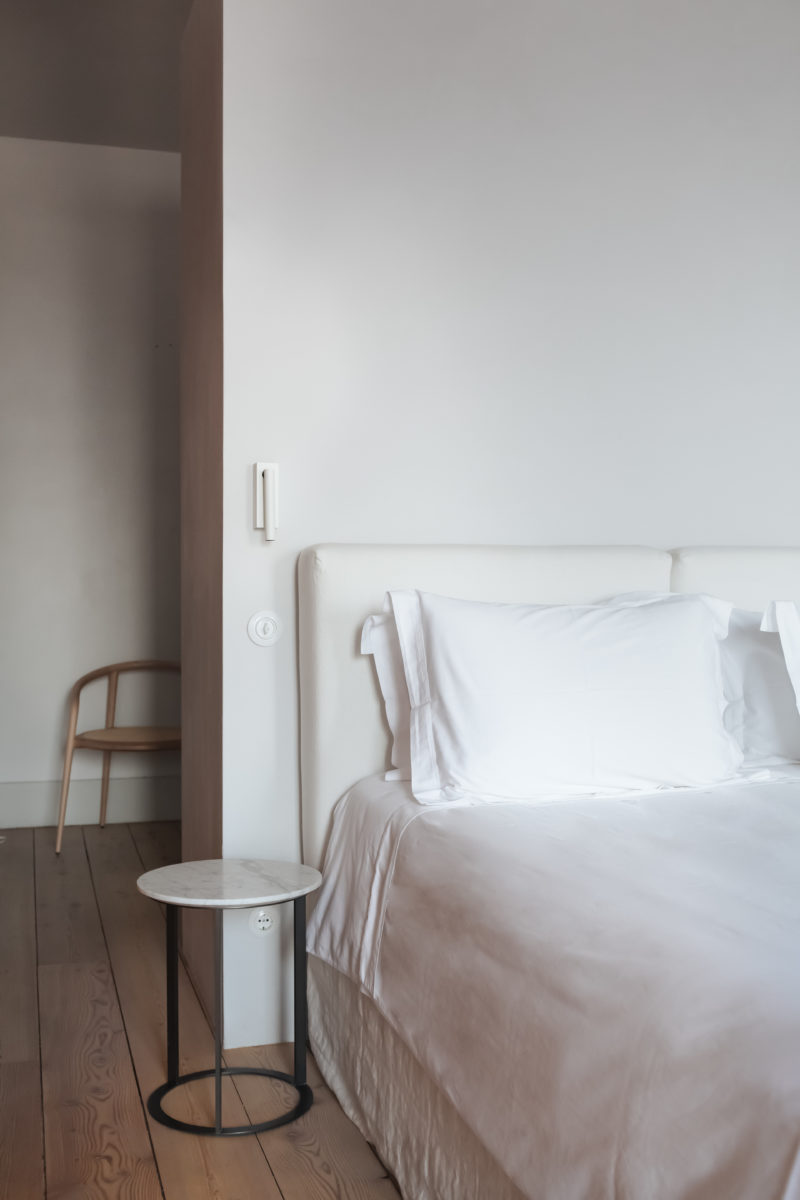 It's all in the details: Beds at Santa Clara are designed by Antonio Citerio, with natural cotton mattresses from ALMA Natura, and pillows and blankets made in Portugal. 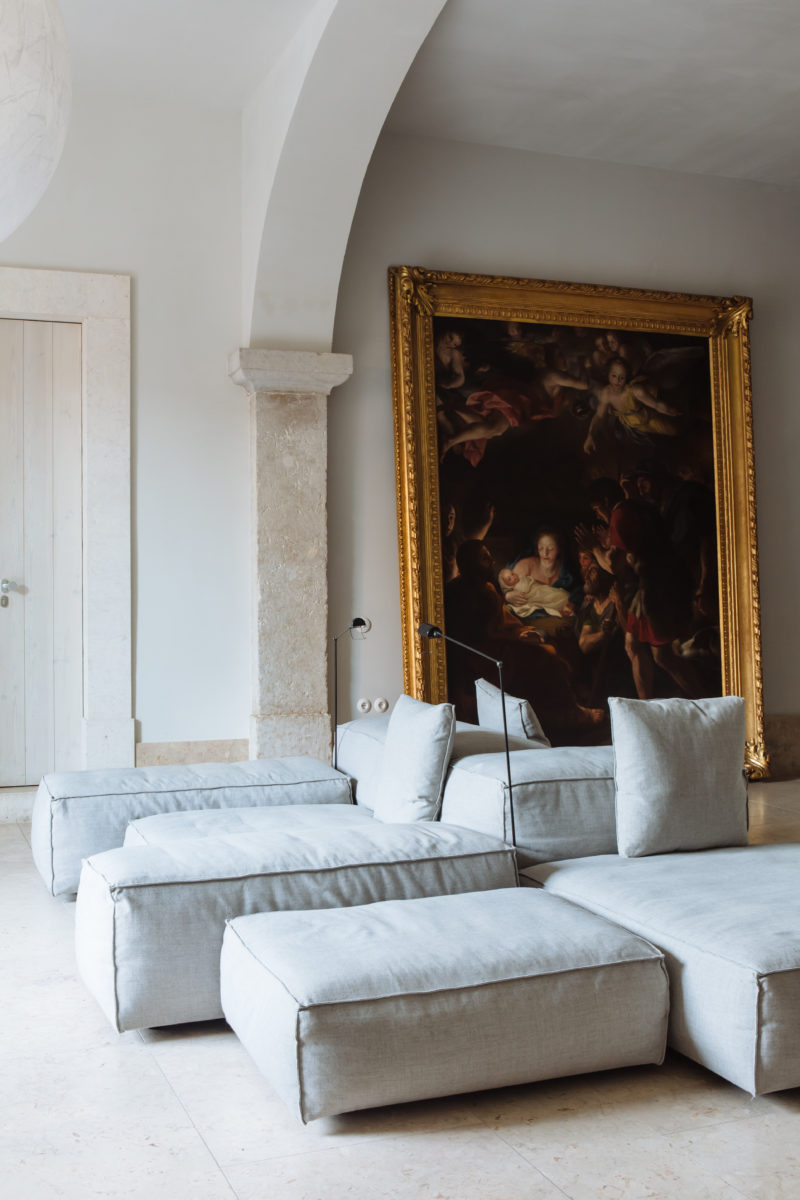 Guests at Santa Clara are greeted by the smell of cake in the lobby.

As a pilot for the Portuguese airline TAP, his first project actually started as a weekend home for his family in Comporta, with architect Manuel Aires Mateus. After being chosen to represent Portugal at the famous Biennale of Architecture, Casas na Areia was receiving so much press that it only made sense to let others stay there, too. From there, Rodrigues and Mateus built two fishermen’s huts, Cabanas no Rio. Santa Clara is their first project in Lisbon, which they opened in January 2017.

But first, the duo rebuilt the 300-year-old building, which had been all but destroyed by an earthquake, tsunami, and fire trifecta in 1755. They used materials found in Lisbon’s old palaces, churches, and monuments: pinewood, handmade tiles, and limestone marble lioz from Sintra. “There’s this idea of local: building with local materials, getting people from the area to rebuild and to renovate the houses. It’s how people used to do it many, many years ago,” says Rodrigues. “We always try to build with lots of simplicity so we don’t really add too many colors, too many materials.”

True to form, Rodrigues lives with his family on the top floor. Just like in any home, the activity revolves around the kitchen and dining room, where breakfast and lunch are served each morning and afternoon treats are baked daily for guests to snack on as they return from the day’s activities (hence the permanent cake scent). “Guests are really treated as longtime friends or family,” says Rodrigues. “Food goes in the center of the table, so that families start talking to each other.” Ingredients from the hotel’s garden or the farm at Casa No Tempo, Rodrigues’s fourth project, are used in the kitchen, which frequently hosts visiting chefs.

All of this feeds into the company’s “silent living” concept, which ties together the different properties. It’s a careful, considered take on hospitality, one that’s much more nourishing than, say, a piece of cake. “In hospitality, we are closer to ‘hospital’ than we are to ‘tourism,’” says Rodrigues. “We take care of people.”

Read more about the oversized and opulent Olissippo Lapa Palace.