In a city of hills (seven to be exact), miradouros, or viewpoints, are tourist attractions unto themselves. But even locals are impressed with the balcony views at Olissippo Lapa Palace, a member of The Leading Hotels of the World. Built in 1870, the grand building was originally the residence of Luís Leite Pereira Jardim, the count of Valenças. Located in Lisbon’s Lapa district, home to diplomats and traditions, there’s no mistaking its presence. “You’re staying somewhere posh!” more than one Uber driver exclaimed upon dropping me off—and they only saw the beautiful tiled driveway. Beyond that driveway, a 109-room building, landscaped garden, and heated swimming pool stake their claim to the city’s dwindling real estate—it feels like a dreamy, unreal escape, and that’s because it’s unlikely that you’ll find anything else like it in Lisbon.

The count had looked to notable locals to create his home, renovating it in 1887 and tapping famous ceramicist Rafael Bordalo Pinheiro to create the tiles and furniture and artist Columbano to paint the ballroom. His dressing room, now called the Tower Room, was the building’s tallest point, where he could see the views while getting ready for his many social gatherings and balls. 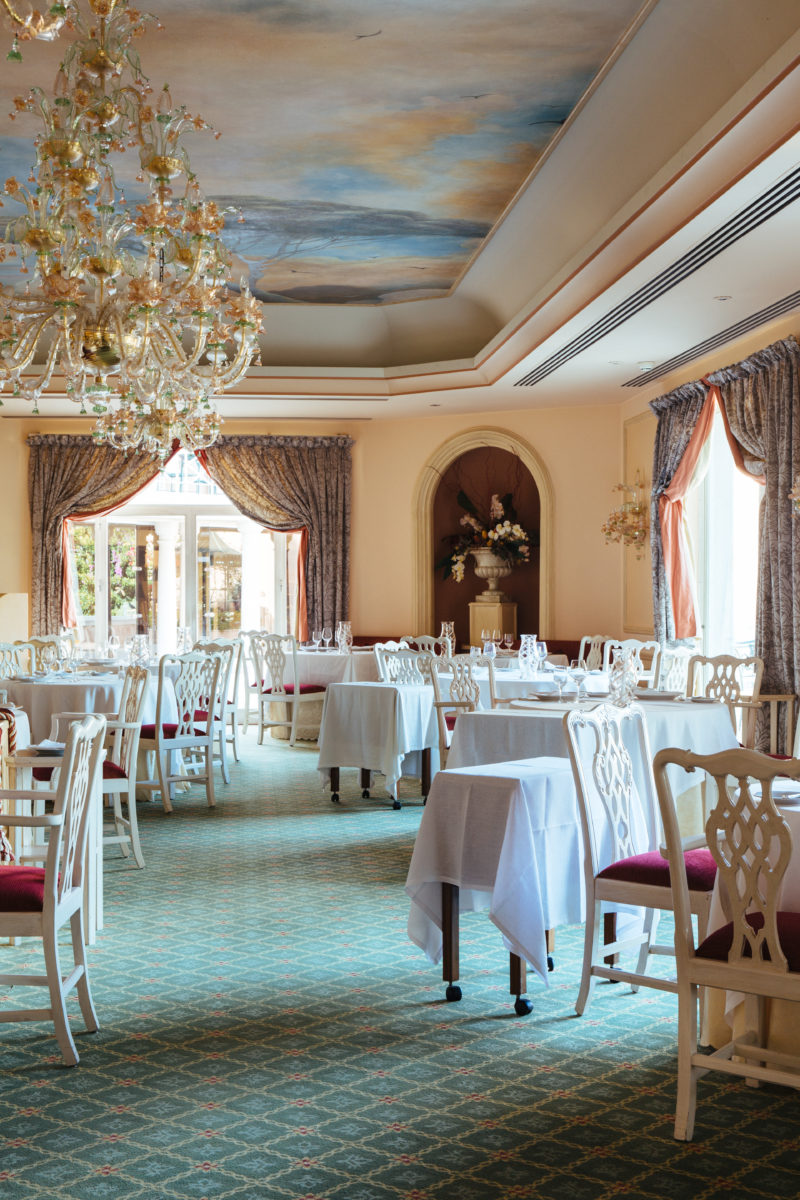 Inside the dining room of Lapa, a luxe restaurant inside the hotel serving breakfast, lunch, and dinner. 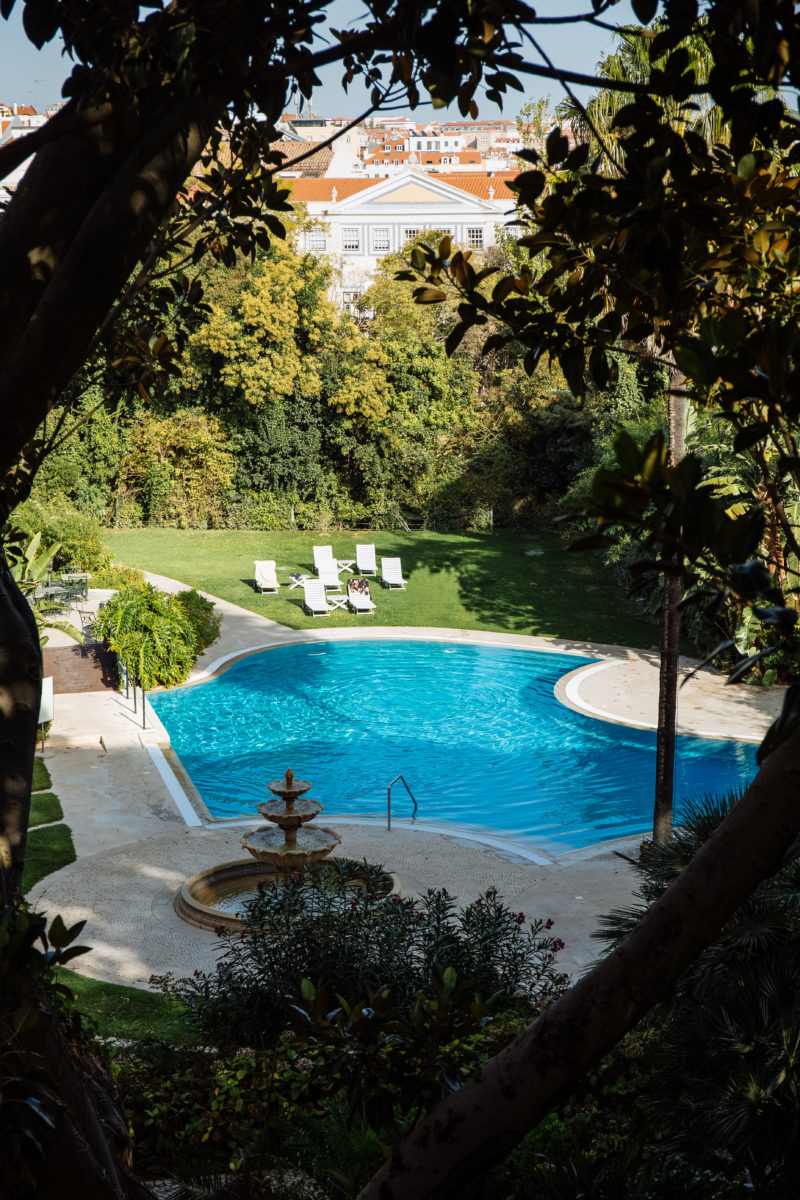 A heated swimming pool offers a dreamy escape in the hotel's courtyard. 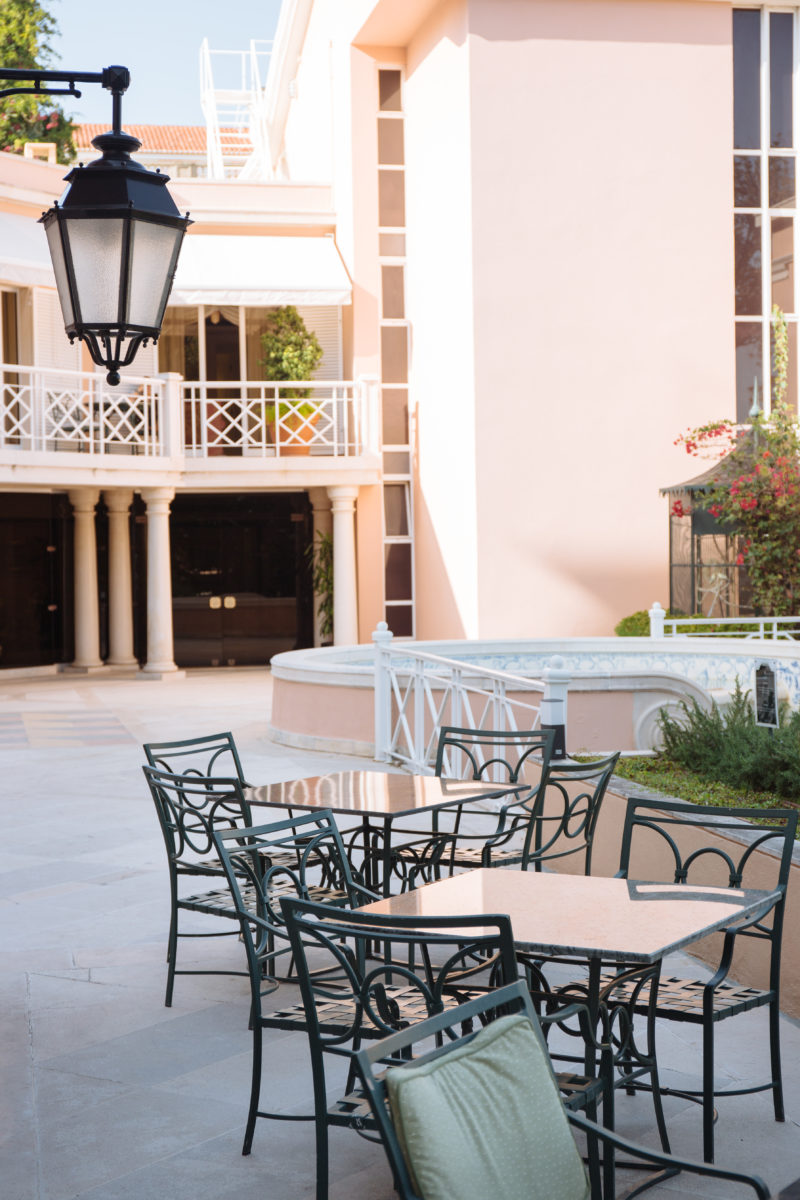 The pink walls of Lapa Palace echo the pastel walls seen all around the Lapa neighborhood of Lisbon. 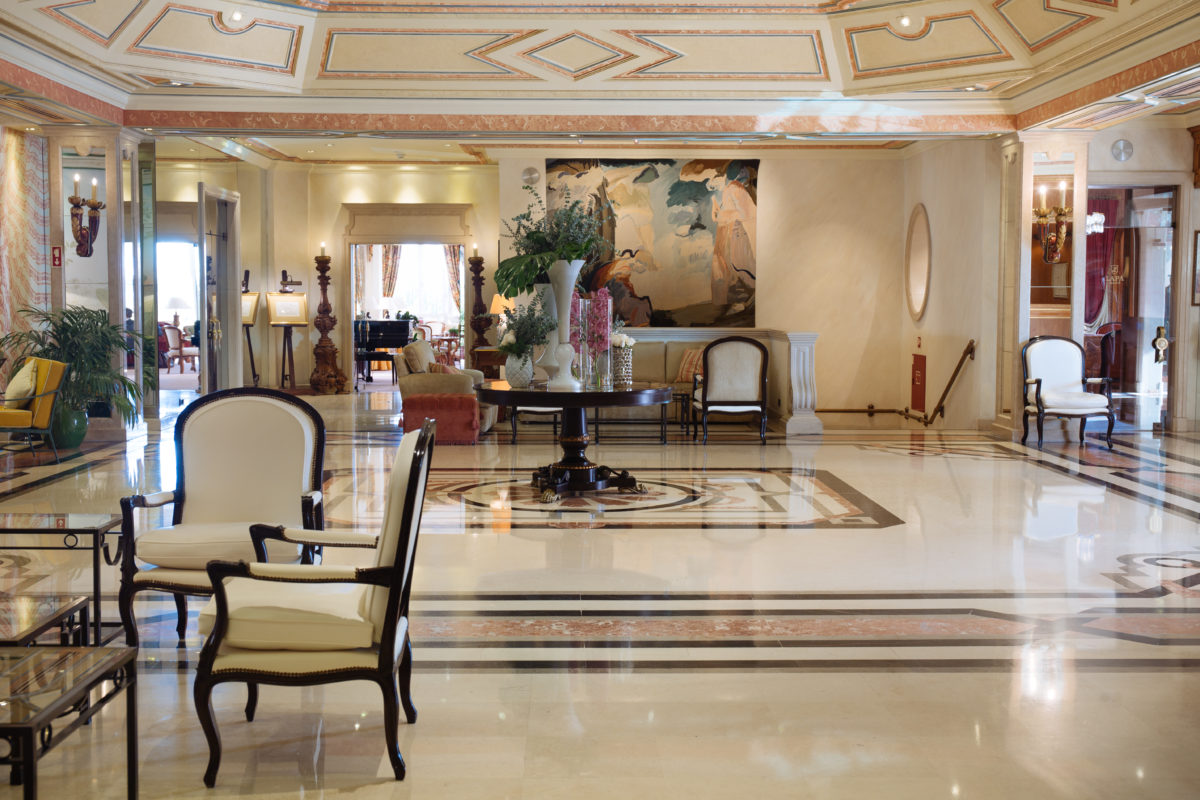 All marble everything at Lapa Palace. 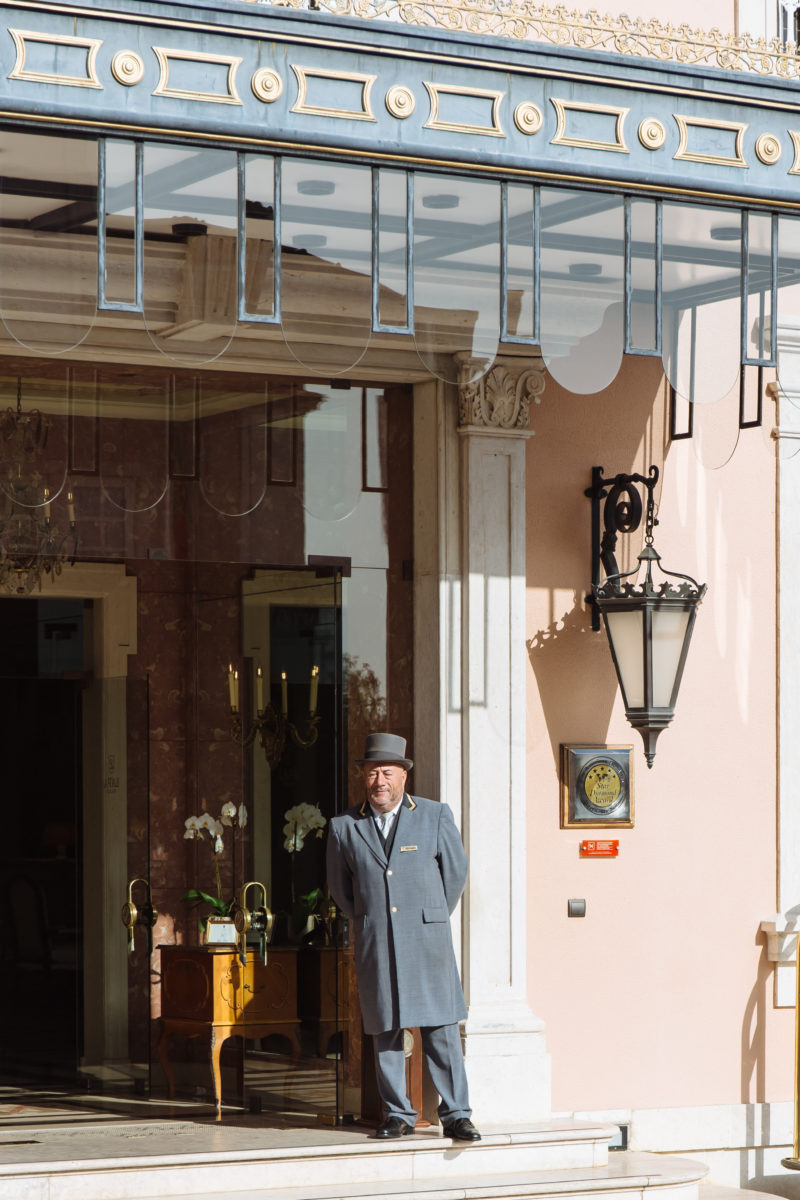 Dressed the part outside Lapa Palace. 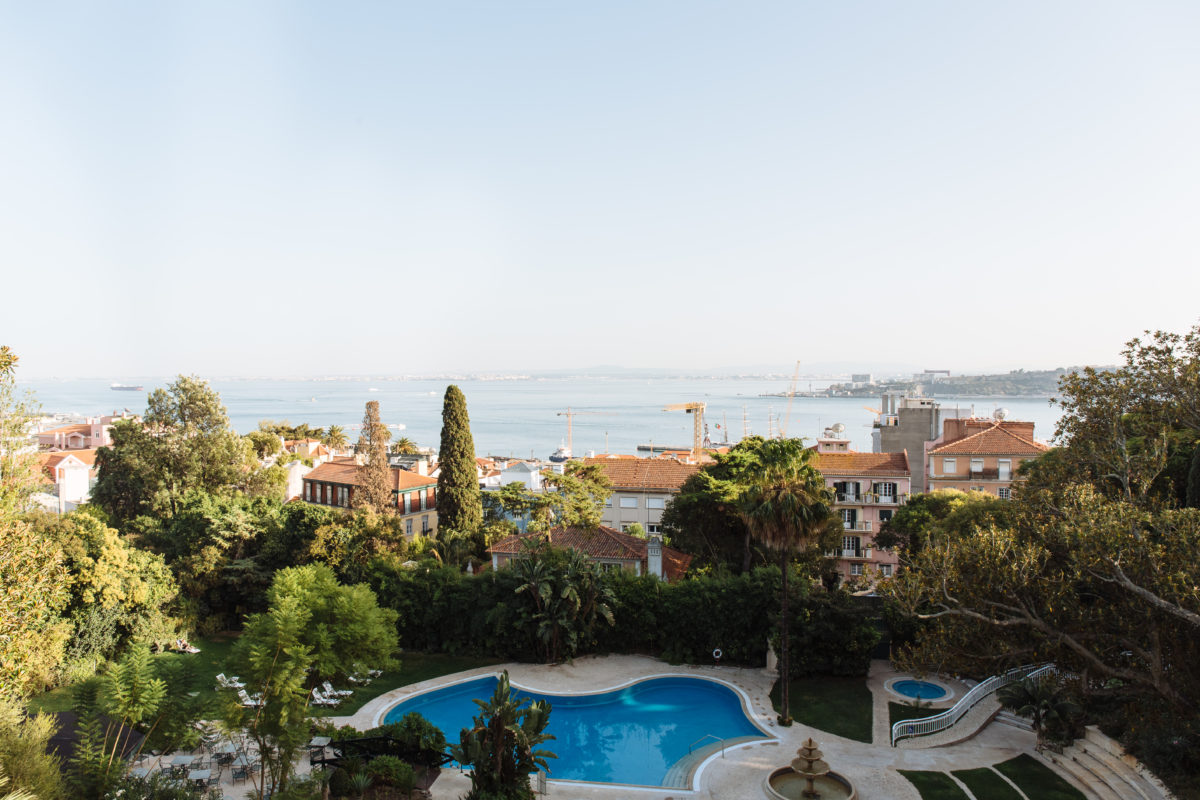 Views of the Tagus River from a sixth floor room.

Today, the hotel still plays host to meetings and events, and the property has been maintained with its history in mind, even as architects excavated the basement and added new wings. Original stained-glass windows can be found in some of the rooms, as well as furniture (the Eça de Queiroz room has somehow managed with 170-year-old carpet, while the Royal Suite boasts gold-leaf mirrors). In keeping with the décor of 18th- and 19th-century high society, rooms feature Portuguese porcelain from Vista Alegre, which was founded in 1824, and furniture in the style of King João V, who reigned from 1705 to 1750.

In other words, if opulence is your thing, then look no further. A bustling mix of tourists, businessmen, and families buzz throughout the property, and it’s easy to imagine the modern-day staff looking after each guest as if they were doting upon the count himself. They’re available for your needs at any of the three restaurants (Lapa, La Pavillon, and the Rio Tejo Bar); they’re on hand at the spa, waiting in the massive marble lobby, and monitoring drink levels poolside.

It’s a palace after all, so come prepared to be pampered.

Read more about the minimal and modern Santa Clara 1728.