The Local’s Guide to Las Vegas, According to an Indie Boutique Owner

You may think you know Las Vegas, but local boutique owner Katherine Shiebel shares a softer side to Sin City enjoyed by locals and visitors alike.

Each year, about 42 million visitors descend upon the desert-laden, surreal structures of Las Vegas, Nevada—which is over 65 times the number of people who live actually there (compare that to New York, which only sees about seven times the number of tourists versus locals).

Indeed, Vegas can seem so transient that it can be easy to forget that Sin City is a place that over 600,000 people call home. “It’s pretty laid back,” claims Katherine Shiebel, owner of Third & Arrow, an independent boutique in Downtown’s popular Container Park. “There’s actually more ease about the day here than you might think.” 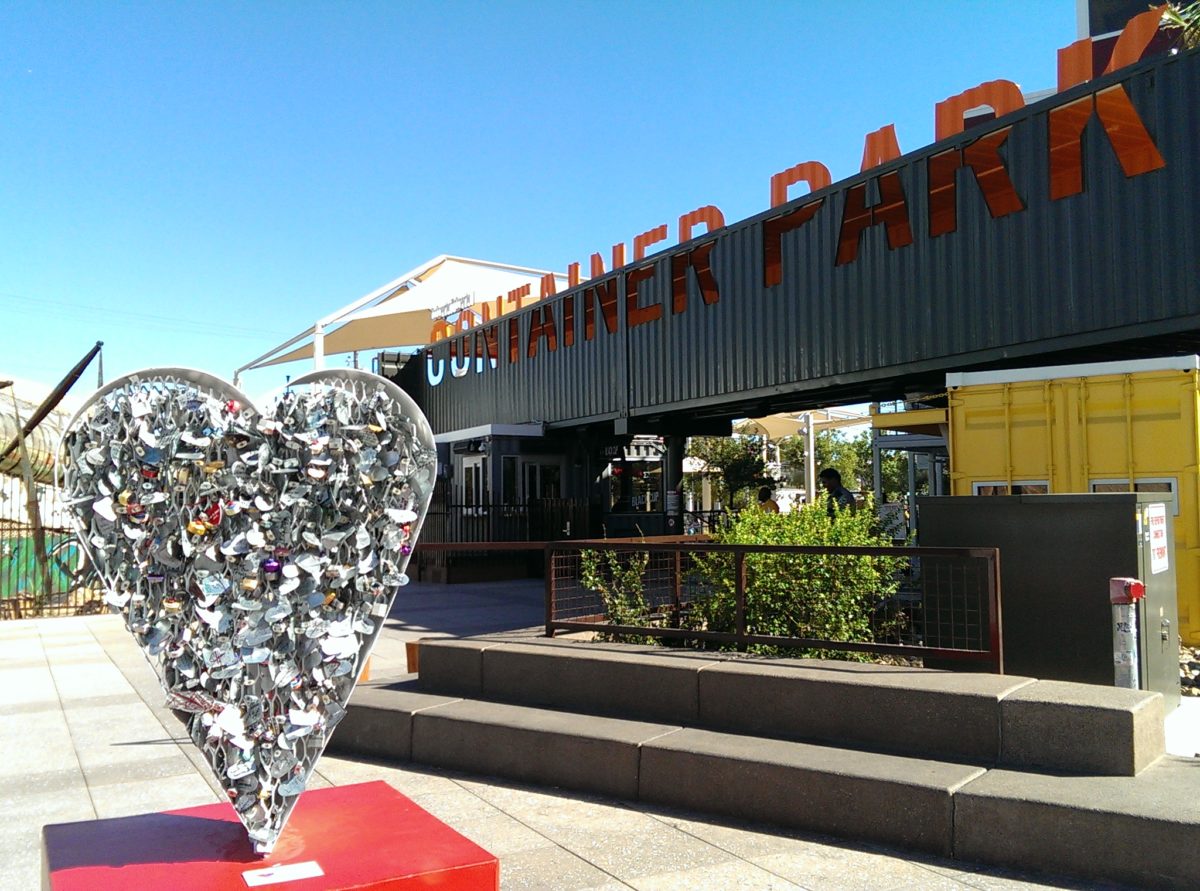 Container Park, opened in 2014, is a 50,000-square-foot outdoor shopping and entertainment "cargotecture" venue composed of repurposed shipping containers and is largely credited with revitalizing downtown Las Vegas. Shriebel's store, Third & Arrow, is one of 40 small businesses in the park. Photo by Sheila Scarborough.

The Downtown neighborhood, about a ten minute drive from The Strip, has especially evolved into a haven for locals and tourists seeking a more low-key side of Vegas. “It’s been evolving like crazy—there used to be a time when you just wouldn’t go to Downtown Vegas,” says Schiebel, “but now people are gravitating towards it because of the local vibe.”

Whether you’re traveling to Vegas for work or pleasure, there’s likely a side of the city you haven’t been exposed to—and that’s worthy of your time—because Vegas is the type of place that allows for infinite imagination: “Vegas is kind of like a blank canvas,” says Schiebel, “you can kind of create anything and people will welcome it.”

Below, Shiebel shares her ideal day exploring the best Vegas has to offer—mostly revolving around town, excluding, however, The Fremont Street Experience. “You have to love it for what it is,” says Schiebel. “And it definitely does grow on you.” 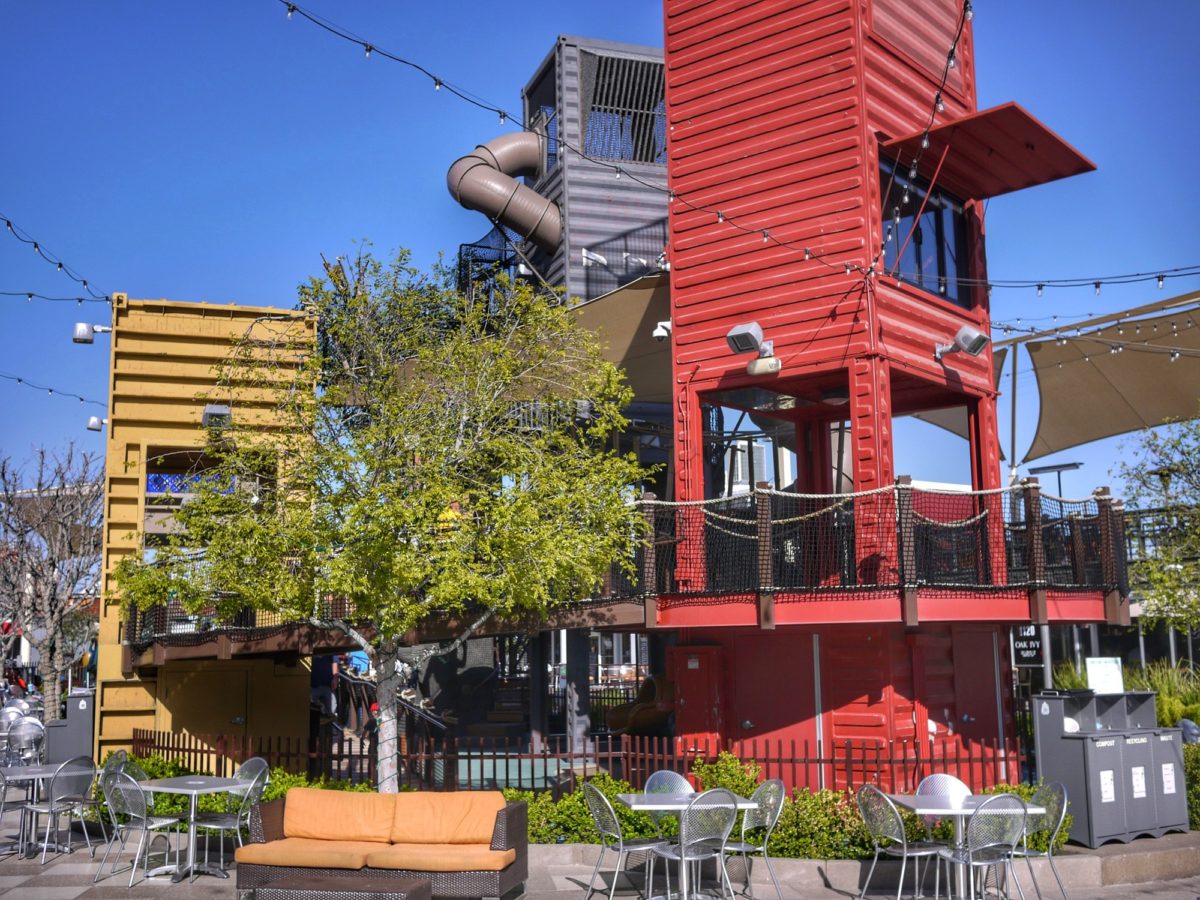 "Don't get suckered into paying crazy, expensive Strip prices for beverages or for food," says Shiebel, whose own boutique is located in Downtown's Container park (pictured above). "Seek out local places; you'll get better quality service and food and drink for half the price.”  Photo via Flickr.

I would start the day at PublicUs, because you can get yourself a coffee and something to eat and everything that they make, they make in-house. It’s so delicious. It’s also right by my store, of course, which is the Container Park, and there’s plenty to explore there in the morning. 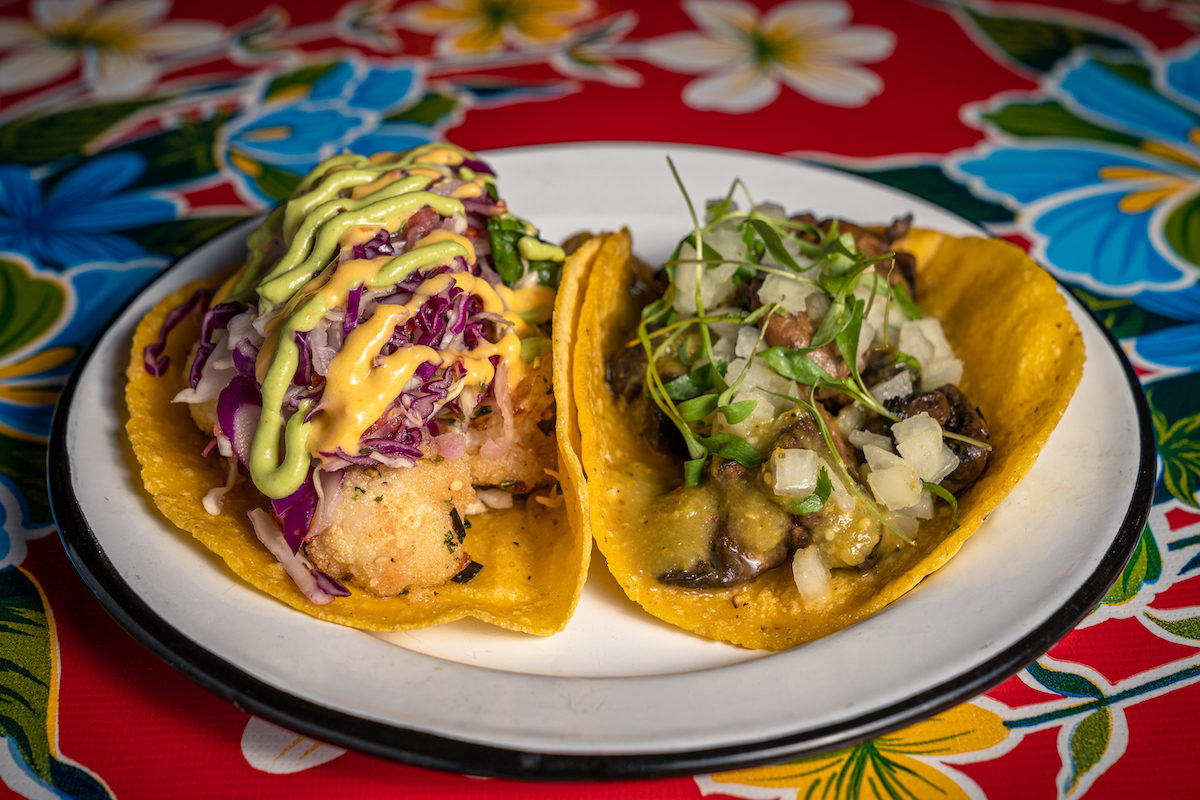 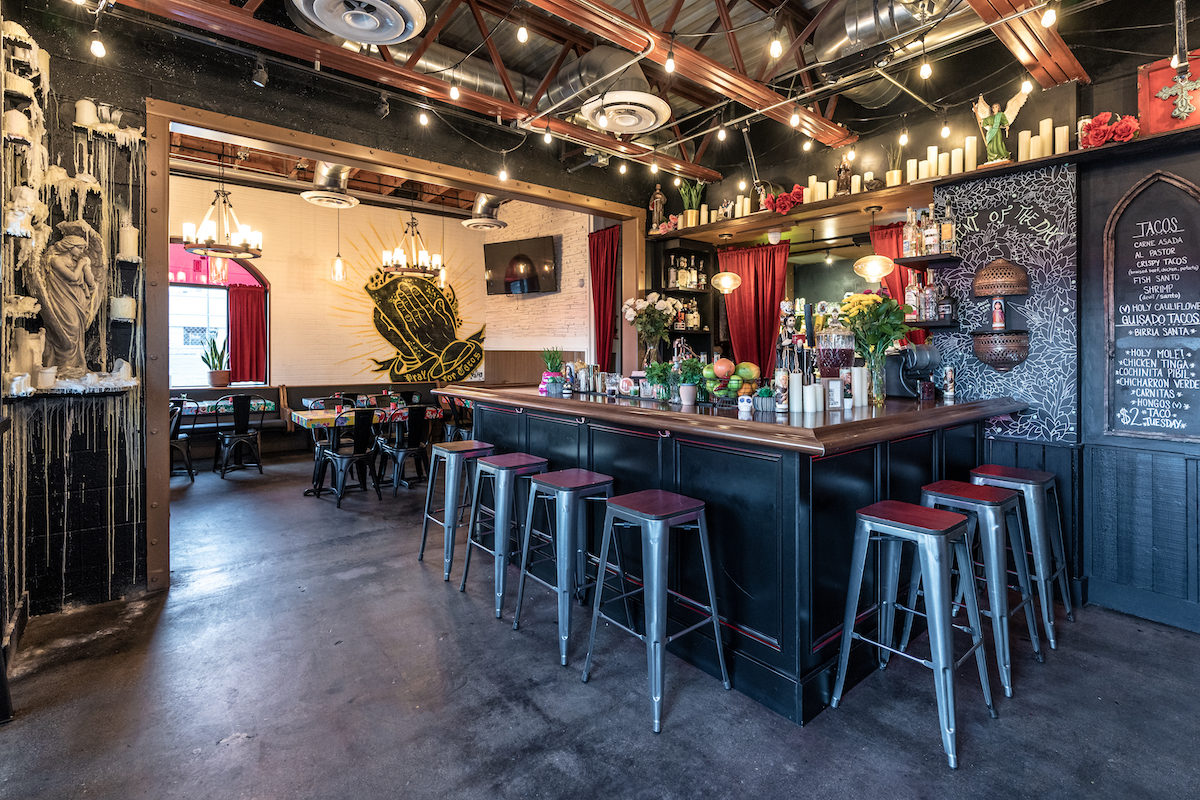 Inside Santo's. Photo by Ryan Havey.

Le Thai is delicious. It’s kind of an artsy vibe and a great local neighborhood spot. That or Santo’s Tacos—it’s one of those places that you seat yourself and everything is reasonably priced. They have these really cool holy candles on the wall but instead of Jesus or Mary, they have pictures of Amy Winehouse and other stars. I love it. 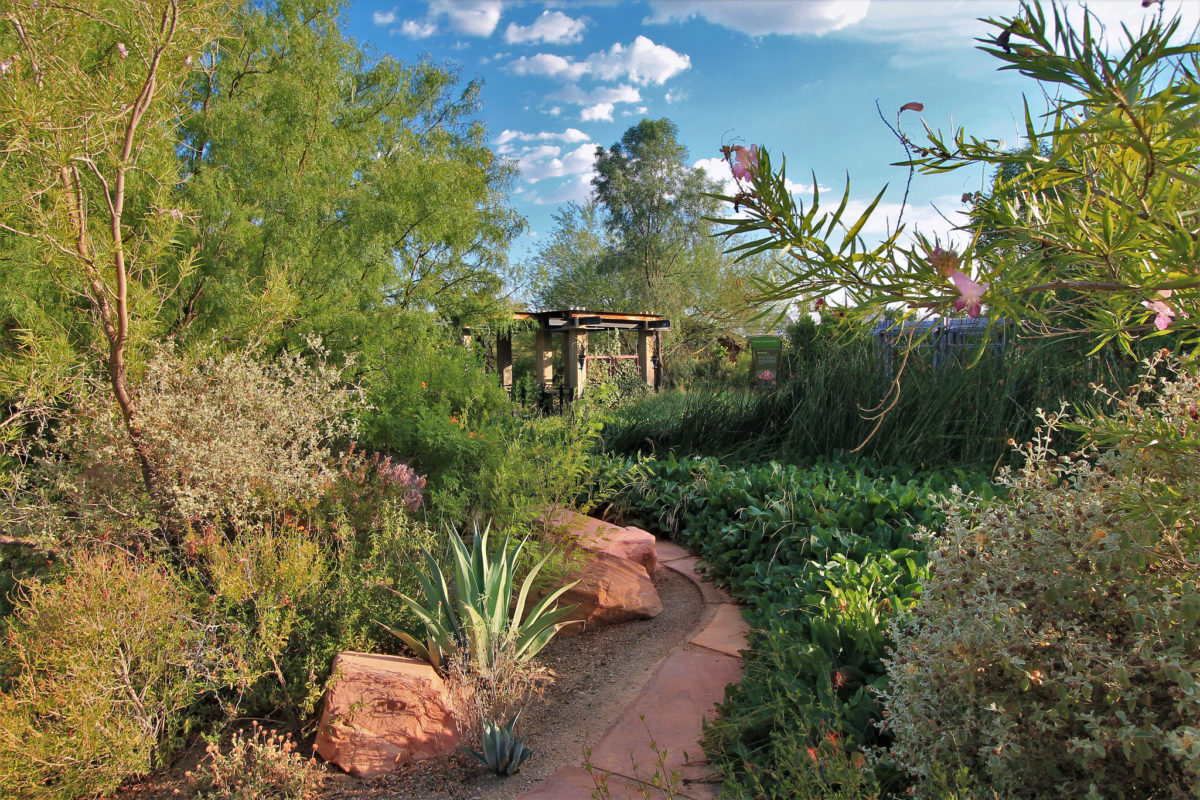 You might not expect to find such a peaceful oasis in the middle of Downtown Las Vegas. Photo by Renee Grayson. 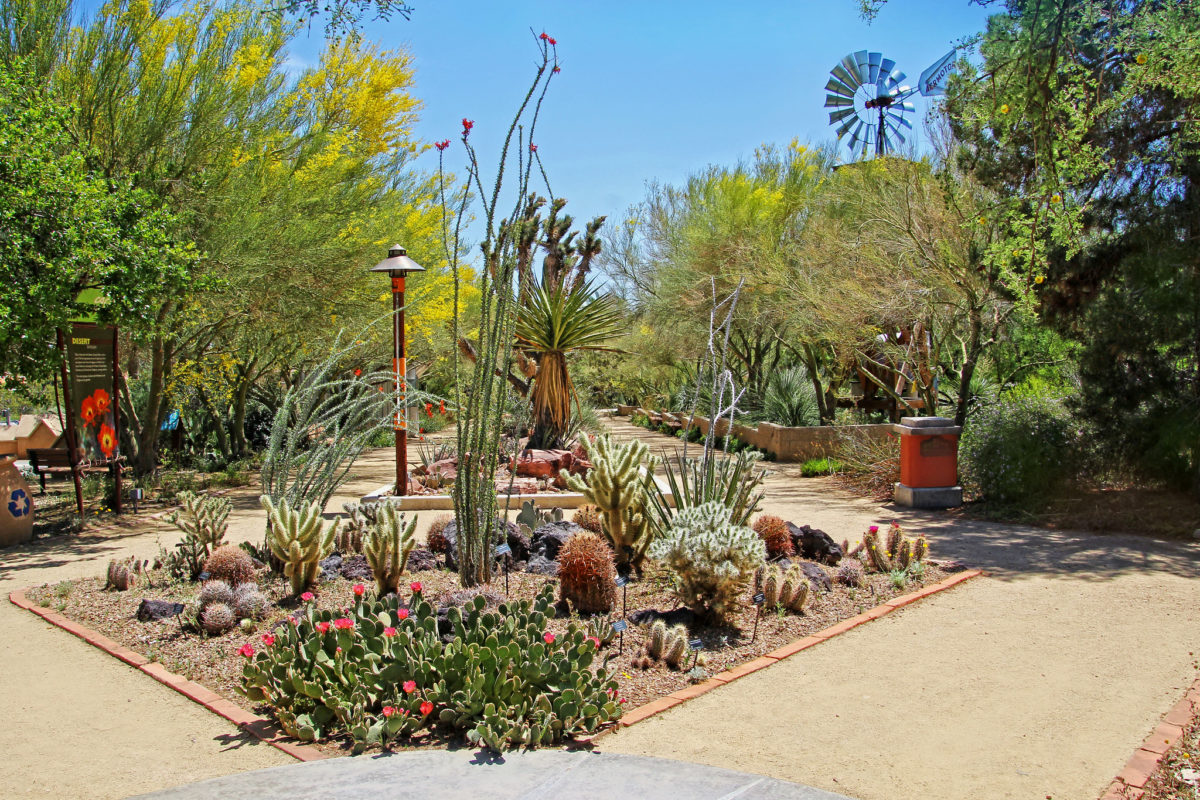 ...But Springs Preserve offers just that. Photo by Renee Grayson.

Springs Preserve is not something you would expect to find in Vegas. It’s got an outdoor and botanical garden and a little natural history museum. It’s great for families or a day activity.

If you’re looking to hang out at a pool, everyone loves the Golden Nugget. It’s got an old school vibe, like it’s still the 70s. 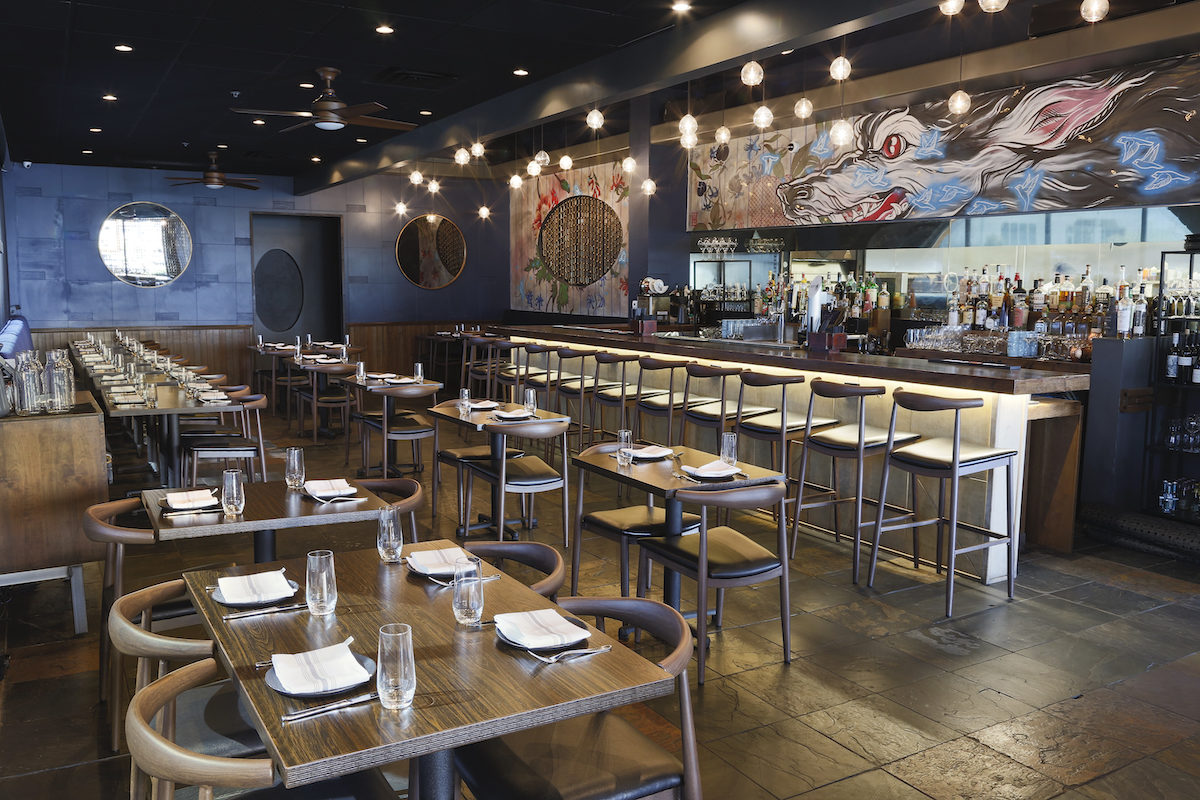 Inside Sparrow & Wolf, one of the hottest restaurants in Vegas—and it's off-Strip. Photo by Sabin Orr. 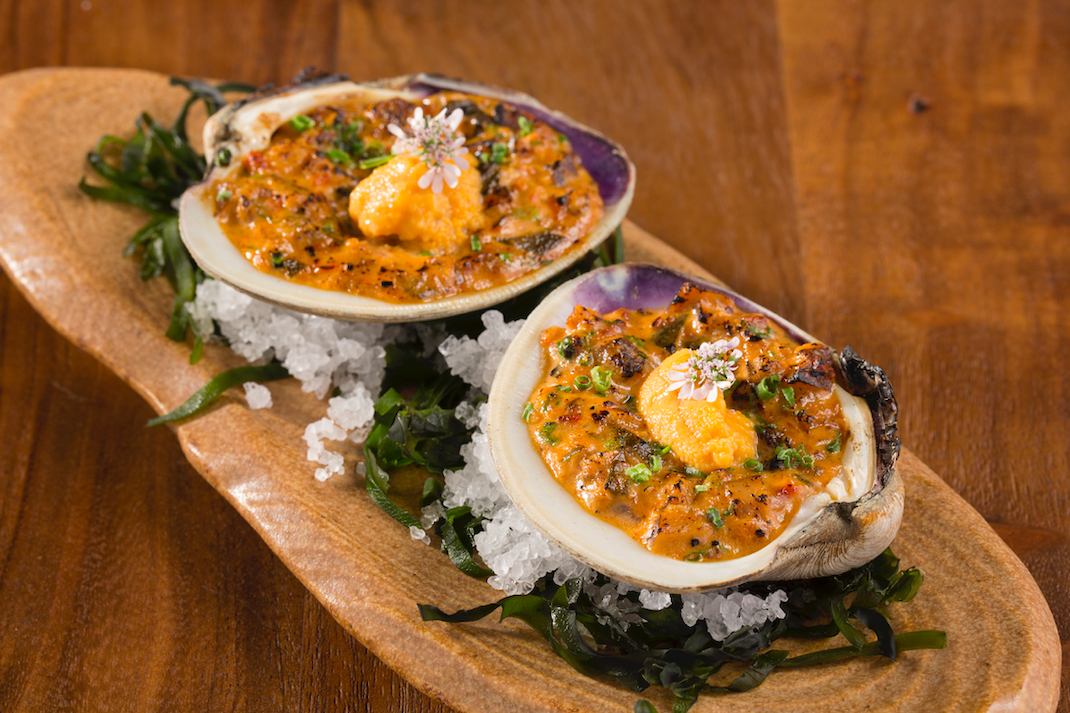 Sparrow & Wolf's Clams Casino. The restaurant is also known for their lamb's neck and porterhouse steak. Photo by Sabin Orr.

Go to Esther’s Kitchen on California and Main. They make all their noodles in-house and I love their bucatini.

Chinatown is also a great place for food: Sparrow & Wolf is really great for dinner, and there’s an all-you-can-eat Korean place, and a delicious Thai restaurant called Lemaii on the same strip. 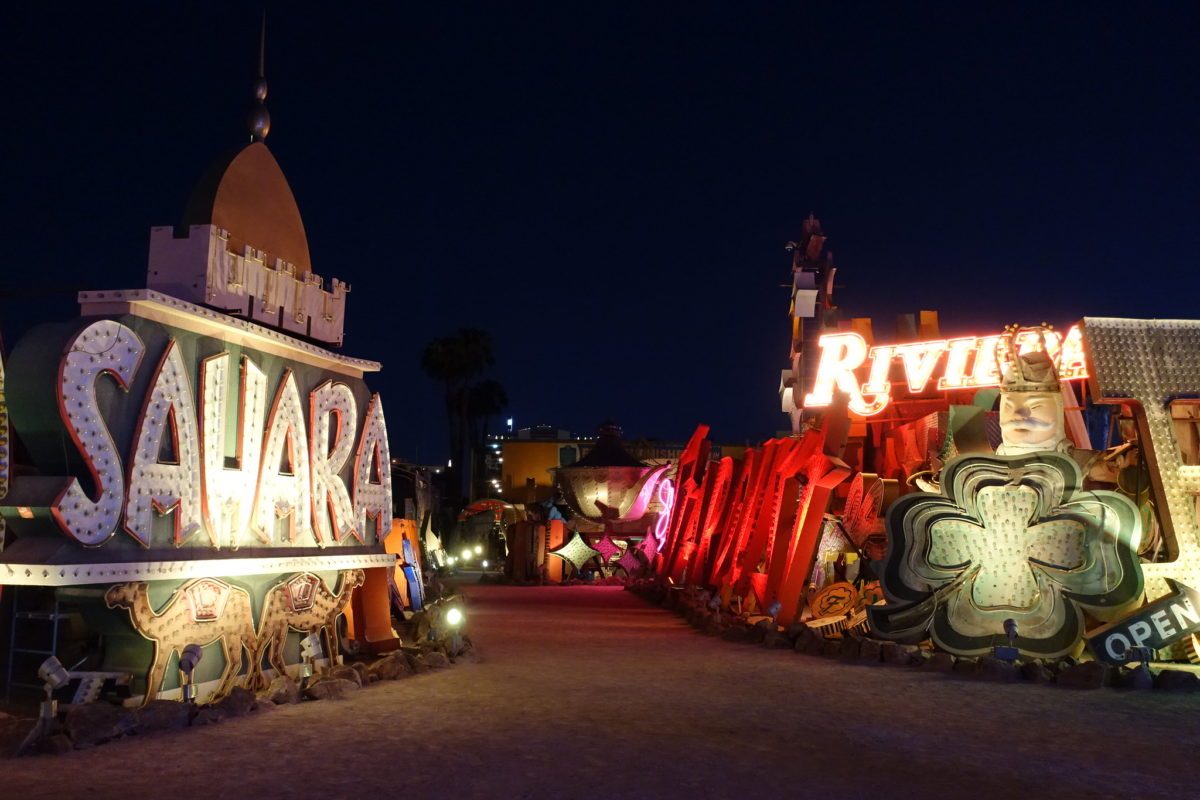 The Neon Museum is close to Downtown—and an important piece of Las Vegas history. Photo by Jeremy Thompson.

When it gets darker at night, I would go to the Neon Museum. Be sure to get tickets ahead of time! 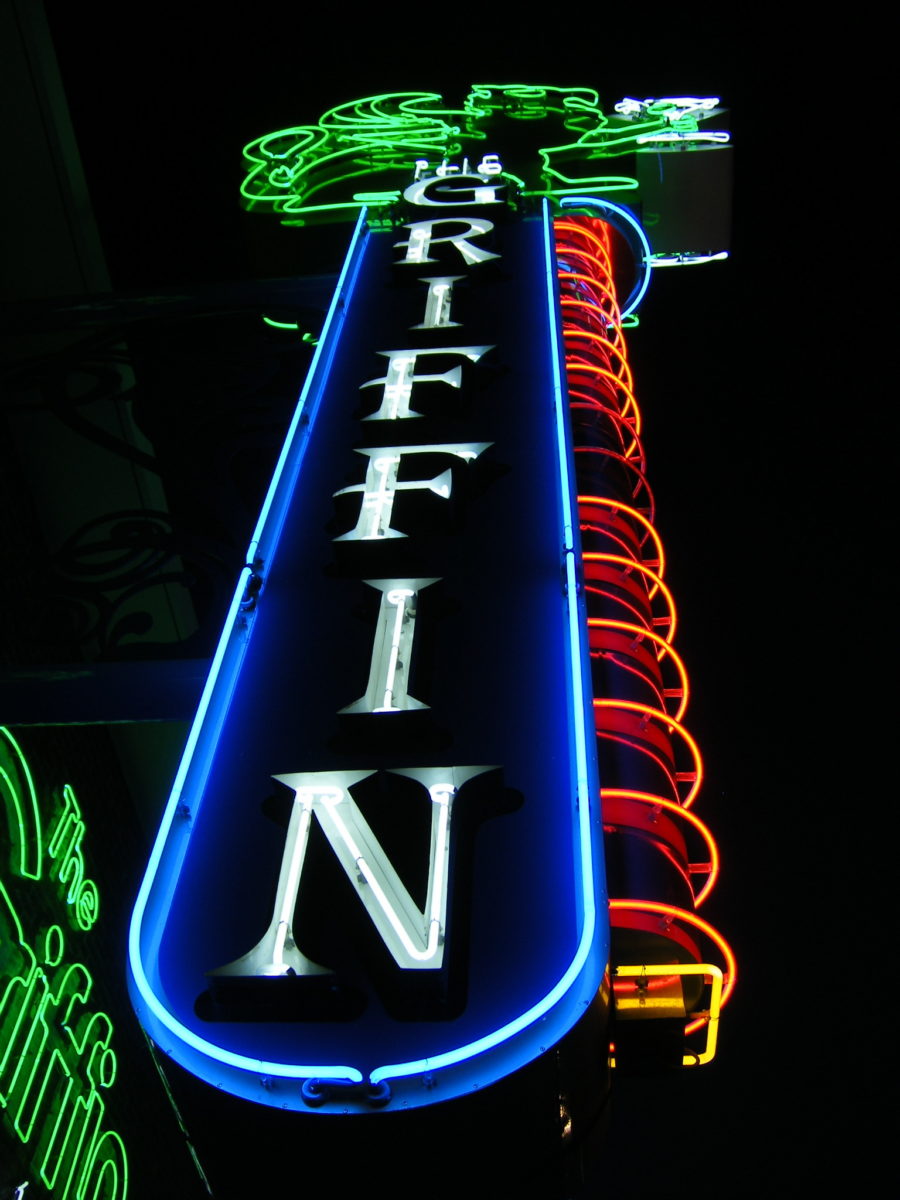 The iconic sign at The Griffin, a local Downtown dive. Photo by Sarah Nichols.

Go to The Griffin to grab a cocktail. It’s a dive bar. You’ll love it if you love rock and roll and drinking. I also love going to The Bunkhouse for shows. It’s a divier place, too, that hosts indie bands, and there’s a restaurant inside called Gaucho’s that’s awesome. 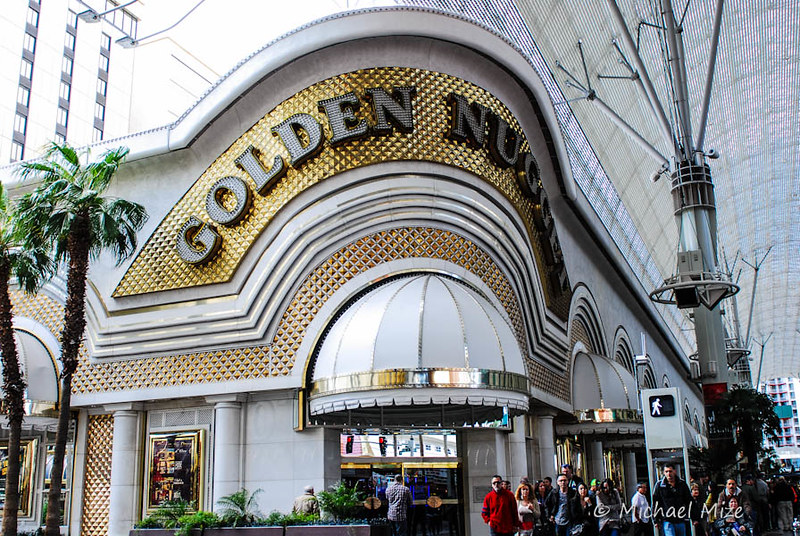 On the Strip I love the Cosmopolitan and the Hard Rock. Off the strip, I’ve stayed at the El Cortez Cabana Suite. I’ve also stayed at the Golden Nugget, which is so much fun because it kind of reminds me of a Scarface situation. It’s super old school.

Don’t wear flip flops! It’s not allowed in most places.