What We Can Learn From Kyoto’s Plan to Combat Overtourism

Looking to Kyoto, Japan’s latest moves to combat overtourism, we explore how the tourism industry and individuals can return to travel in a way that’s better for everyone.

Since the pandemic began and travel screeched to a halt, governments and tourism companies have had the opportunity to consider what a sustainable return to travel could look like.

“We went from overtourism to zero tourism in the span of a few weeks,” says Kelsey Frenkiel, Program Manager at the Center for Responsible Travel (CREST). Founded in 2003 with the mission of promoting responsible travel where local communities thrive, CREST defines overtourism as “tourism that has moved beyond the limits of acceptable change in a destination due to the quantity of visitors”—resulting in the degradation of environments and infrastructure, wear and tear on heritage sites, and negative impacts on residents. 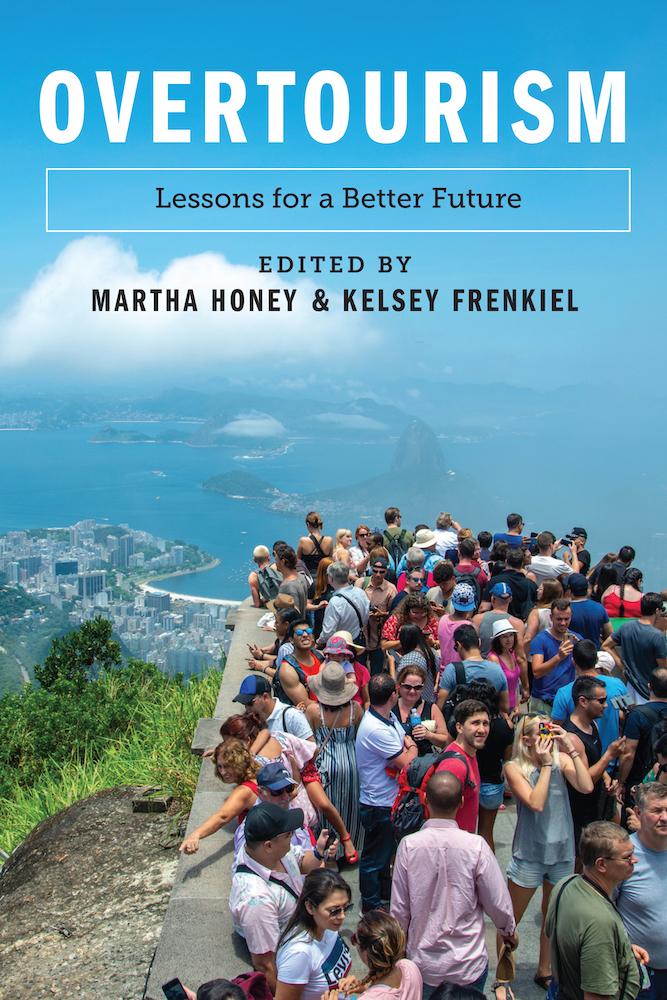 Overtourism: Lessons for a Better Future co-edited by Kelsey Frenkiel and Martha Honey, co-founder and former Executive Director of CREST, will be published on May 27th, 2021. Image courtesy of CREST.

“When people think about overtourism, they’re mostly just thinking about crowds, but it’s a lot more nuanced than that,” Frenkiel explains. “In places like coral reefs, damage occurs really quickly. Too many boats and cruise ships can dredge up sensitive coastlines.”

The definition of ‘acceptable change’ varies by location. Frenkiel explains that you need to gauge the sentiments of the residents for an accurate reading. In cities like Barcelona and Venice, there are widespread protests against overtourism. “It’s an unsustainable situation—people are moving out of Venice because they’re frustrated that there are more tourists than residents,” says Frenkiel. In Barcelona, entire streets are being bought by landlords and rented out illegally as Airbnbs, affecting local real estate and displacing residents. In 2020, the city launched its Strategic Plan for Tourism, which cracks down on illegal lodging and creates strategies to reroute crowding away from the city’s densest areas.

Picturesque Kyoto, Japan is another city experiencing a steady increase in tourism that is becoming unsustainable for locals and visitors alike, with an increase of 1 million visitors each year. According to a recent survey by the Kyoto City Tourism Association (KCTA), Kyoto residents could hardly use jam-packed city buses to go about their daily life, often had to go out of their way to avoid high-density areas, and many reported that tourists left heaps of trash in their wake and took photos in private, residential areas, making locals uncomfortable. When the pandemic halted travel completely, the KCTA suddenly had a full year to re-imagine tourism in Kyoto. 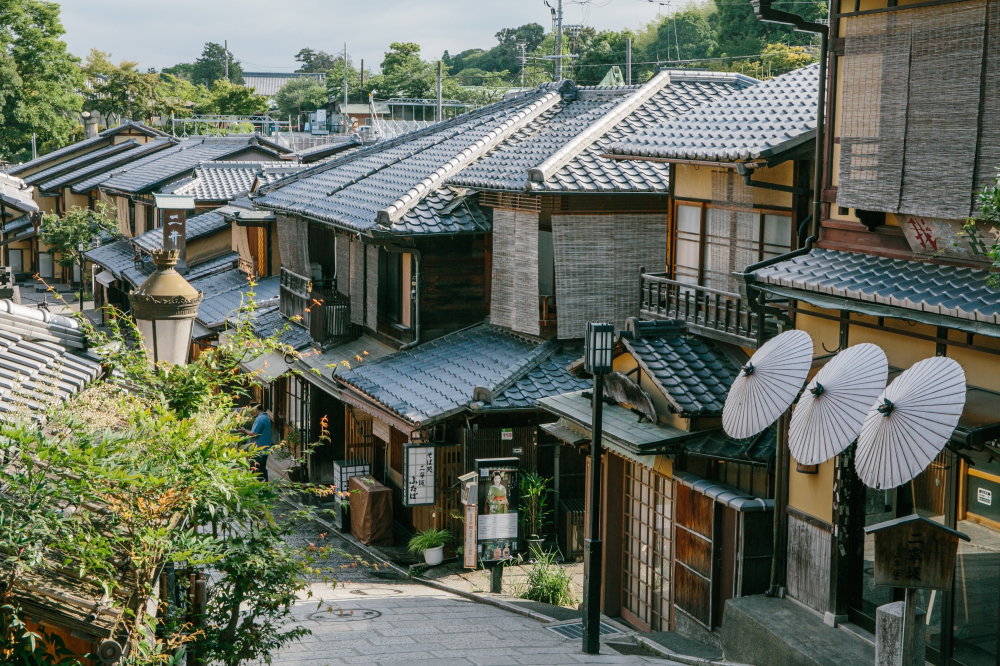 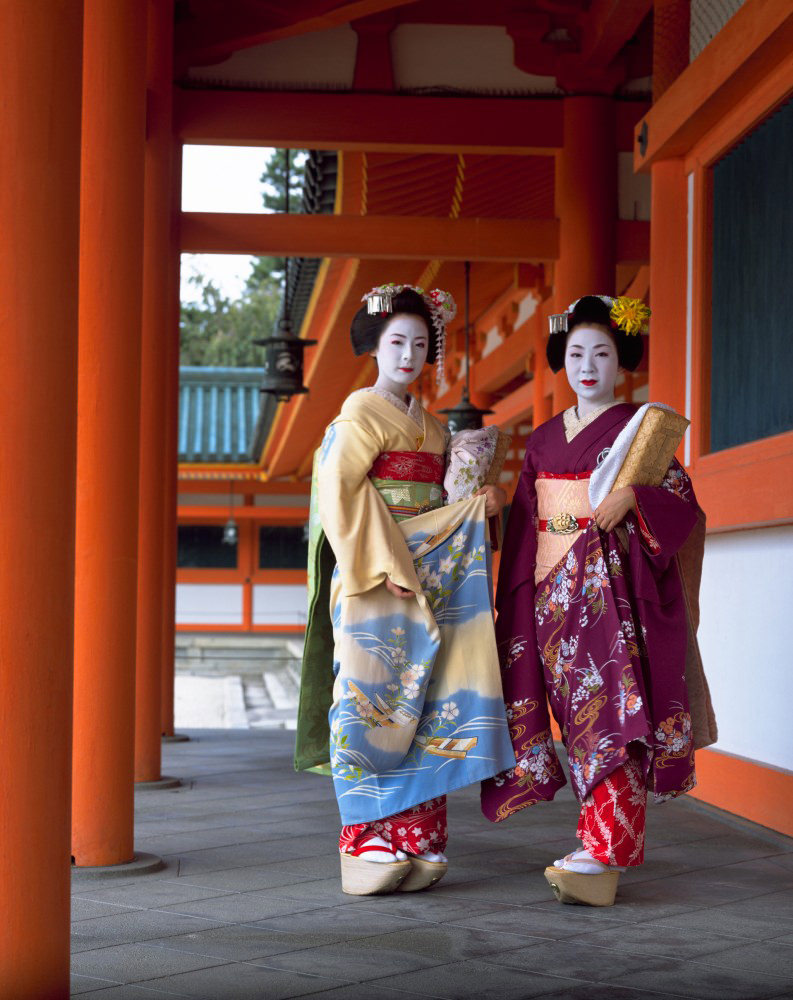 Kyoto is home to over 2,000 shrines and the training grounds for maiko, or apprentice geishas. Image courtesy of the Kyoto City Tourism Association.

In that time, the KCTA developed DX Consulting, offering tech support and social media training to small businesses in the hopes of rerouting large crowds away from high-volume areas, and encouraging visitors to shop local. KCTA also installed live cameras around Kyoto’s hotspots, such as Nishiki Food Market, Kitano Tenmangu Shrine, and Arashiyama Bamboo Forest​ so tourists can gauge the levels of congestion and hopefully redirect their plans toward lower-traffic areas.

The DX Consulting team phoned local businesses directly, many of whom lacked a digital presence altogether. They registered businesses with Google, making them easier for tourists to locate in an effort to diffuse foot traffic and distribute cash flow more evenly across small businesses. And they’ve been curating a selection of local news articles and translating them into English for tourists on their website.

To mitigate overtourism and its unwanted effects, Frenkiel explains that there are short and long-term solutions. She champions a top-down approach over the existing “more heads in beds” mentality, referring to the way governments measure success by tourists per capita. “Looking at tourism in that way is not a good way of managing it. You have to consider economic impact on the GDP, resident sentiments, and visitor sentiments,” Frenkiel explains. If visitors find a destination too crowded, they’re going to spend less time and money there. That’s why Kyoto’s approach is so clever: it considers how small businesses can take advantage of Kyoto’s high volume of tourists and reduce overcrowding simultaneously.

Naoshima, Teshima, and the True Meaning of “Derivé” on Japan’s Art Islands → 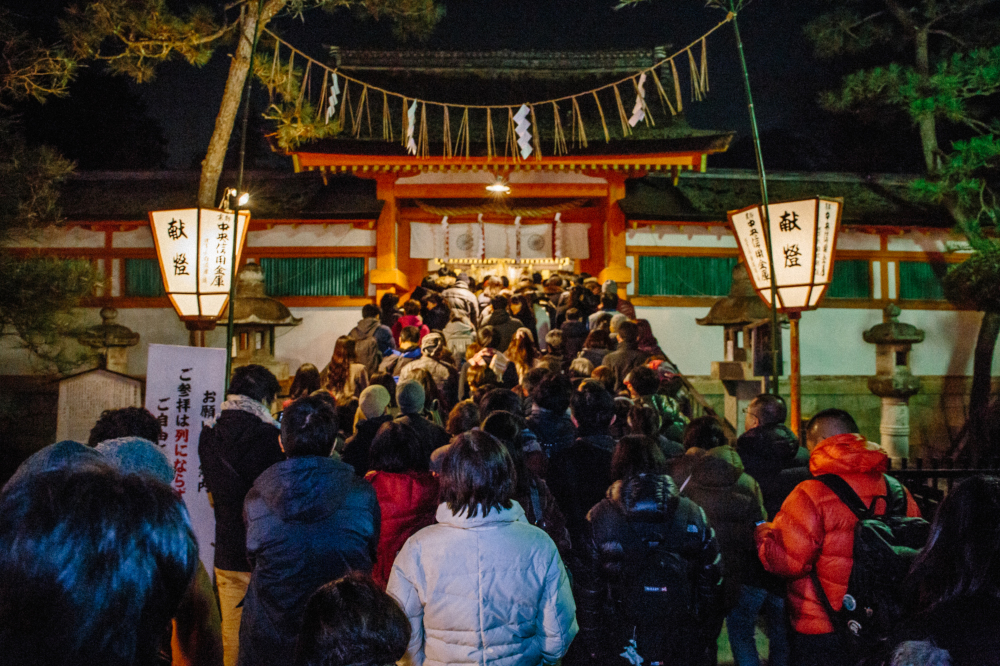 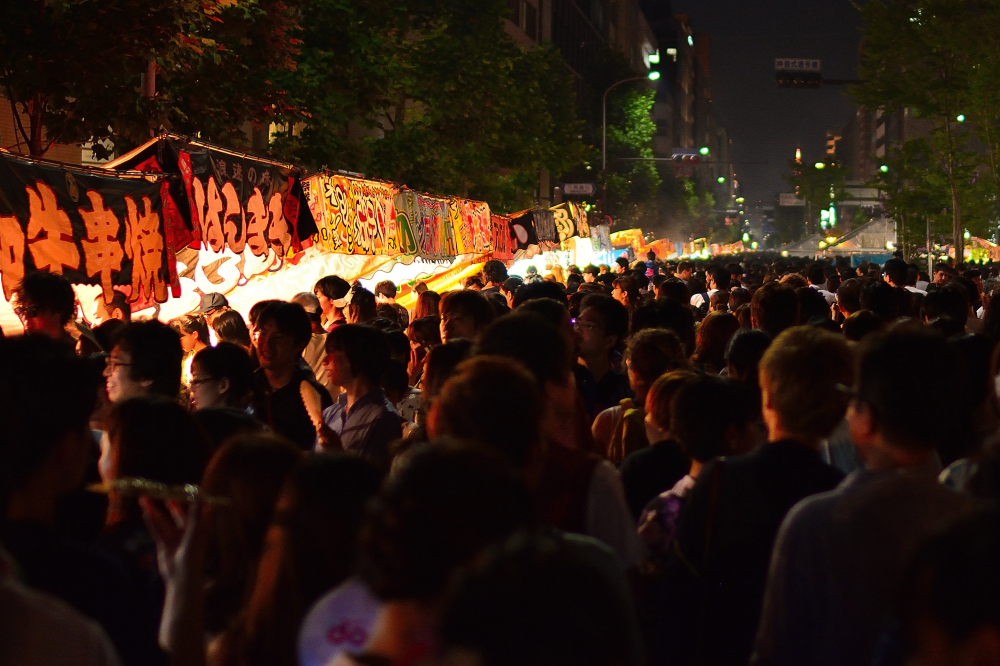 Gion Matsuri (Festival), which takes place in Kyoto annually, is one of the biggest festivals in Japan. Image courtesy of the Kyoto City Tourism Association.

60 year-old Seika Murayama of Gallery Soleil in Kyoto’s Nakagyo Ward had hoped to digitize her business for a while, but with no website or social media, she found it difficult to start from scratch. “Before this pandemic, I had rejected all kinds of digital systems including online shopping. I never bought things by e-commerce or any other shopping pages without checking the products with my own eyes,” Murayama explains. “The pandemic inspired me to start using social networking to present my business to many more customers.” Murayama appreciates the personal, direct support offered to her by DX Consulting. “[They] provided support through human connection. It’s also reliable, with continuous care and heartfelt advice.”

So what can visitors do, on an individual level, to combat the effects of overtourism? “The most important thing is to do your research,” Frenkiel says. “Covid has given us the time to slow down and be intentional about where we are going and what we’re doing while we’re there. We need to be thoughtful and carry that lesson forward.” This means educating yourself about the destination’s economic, social, political, and environmental issues. It’s equally important to research the companies you’re traveling with, especially their policies on sustainability. If you’re thinking of staying in an Airbnb, check the regulations for your destination first.

Frenkiel’s second tip: slow down. Rather than destination-hopping, Frenkiel recommends instead to “choose one place and learn everything you can; go for a week instead of a few days.” Slowing down benefits everyone: think of all the spots you’ll stumble upon if you take the time to intuitively explore, rather than following a fast-paced itinerary with the goal of covering as much ground as possible. 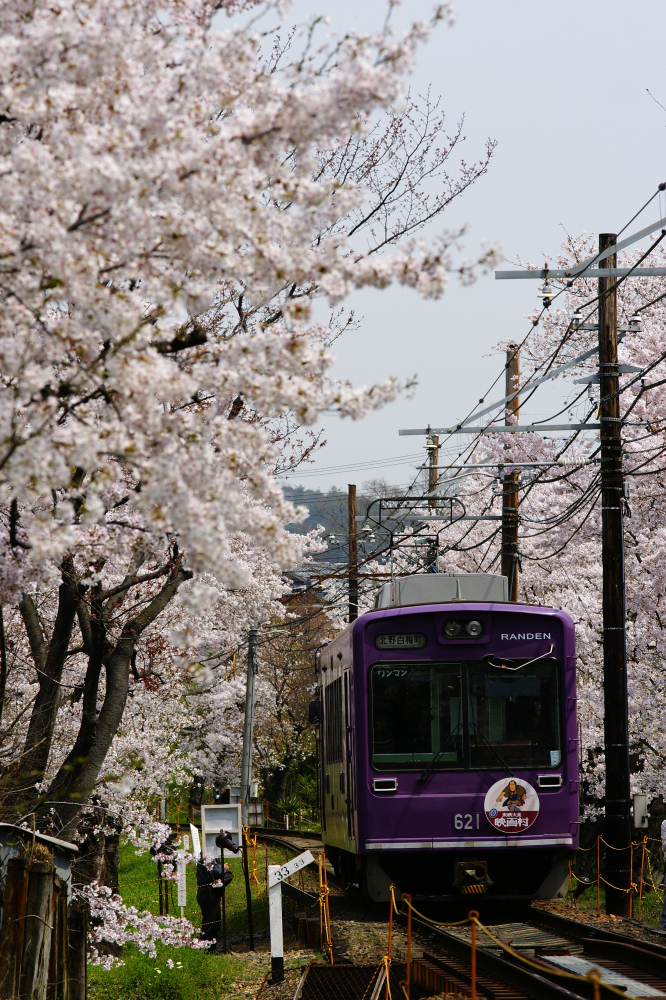 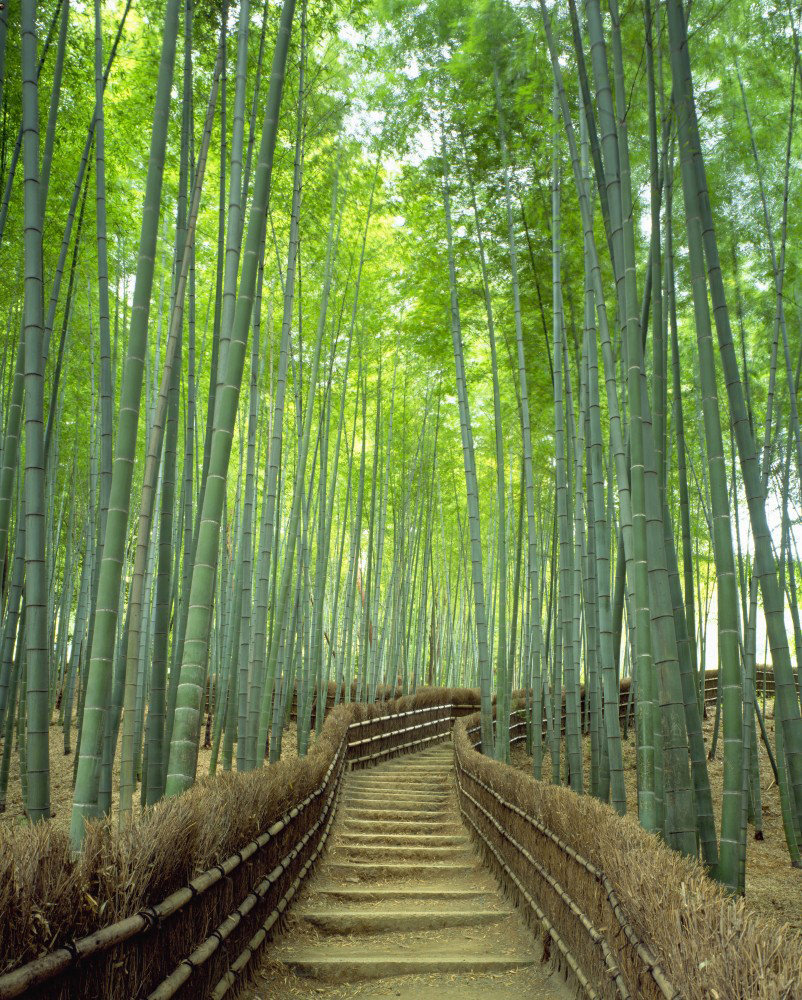 Overtourism affects everyone, from the civil sector, to governments, to businesses, down to the individual who’s ticked off about the slow-walking tourist in front of them. At the same time, it’s hard to ignore that tourism is among the biggest sources of GDP almost everywhere. That’s why Kyoto’s campaign to mitigate overtourism is so sound—it’s tailored to helping businesses that could use the extra support, while solving the problem of overcrowding.

“In our research, we found that the destinations which had a strong governing structure were the best at combatting overtourism,” Frenkiel says. The KCTA, addressing the specific needs of Kyoto, reflects the type of consolidated management structure that Frenkiel champions. By prioritizing visitor and resident sentiments, along with a serious commitment to platforming small businesses, Kyoto becomes a great example for how to return to travel thoughtfully. Other cities, take note!

Special thanks to translators Maiko Sakurai and Mayumi Tanaka.