Worth Traveling For: Iveagh Garden Hotel in Dublin, Ireland

Right now, there are over 800 hotels open for business in Dublin–with 70 more in the pipeline for development. Now, that number might not seem particularly high, but take a moment to consider the fact that the Irish capital is home to just 1.2 million people and you quickly get a sense of just how valuable tourism is to the “land of a thousand welcomes.”

As an Irishman, the whole thing makes me a little anxious: the last time Dublin experienced a construction boom, it lost much of its historic character, with centuries-old buildings torn down to make way for out-of-the-box “modernist” monstrosities in steel and glass. Fortunately, things are being done a little differently this time around.

Opened in February 2018, the Iveagh Garden Hotel is a new kind of hotel for Dublin. As local as it is global, the four-star, 145-room hotel offers a modern, Insta-ready interior while respecting Dublin’s historic Georgian architecture–plus, it’s Dublin’s most sustainable place to stay, powered entirely by an underground river. 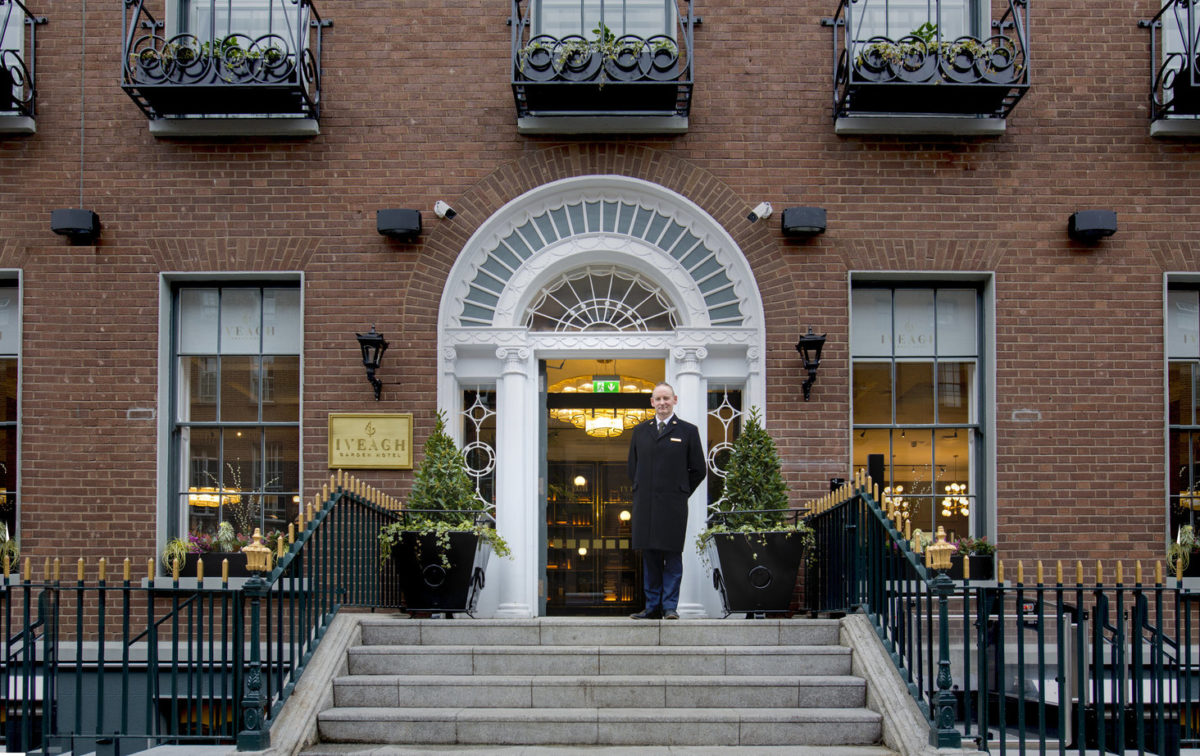 Where other hotels might promise the earth, the Iveagh Garden actually makes good on its pledge to preserve it. Along with its pioneering renewable energy system–which, by the way, has seen the property reduce its energy usage by 78 percent and its CO2 emissions by 82 percent as compared to its previous occupancy as an office block–the hotel also offers low-energy LED lighting, low-energy lifts, and unbleached recycled tissues and toilet paper. Major props. A charming contrast to many of Dublin’s very “new” new hotels, the Iveagh Garden retains its existing Georgian facade, combining it with a contemporary interior of verdant plants, Art Deco fixtures and a palette of teal, gold and grey that feels at once sumptuous and cooly modern.

You’re looking for a nicely decorated, centrally located Dublin base that also offers a delicious breakfast of Irish specialties (locally sourced sheep’s yogurt and Carrigbyrne Farm’s delectably unctuous St. Killian camembert) alongside all the usual buffet suspects. You’ll also love it if you’re the kind of person who doesn’t want their penchant for cool hotels to add to their carbon footprint.

Rooms start at €169/$188 per night, which is reasonable for the hotel’s grade and location. 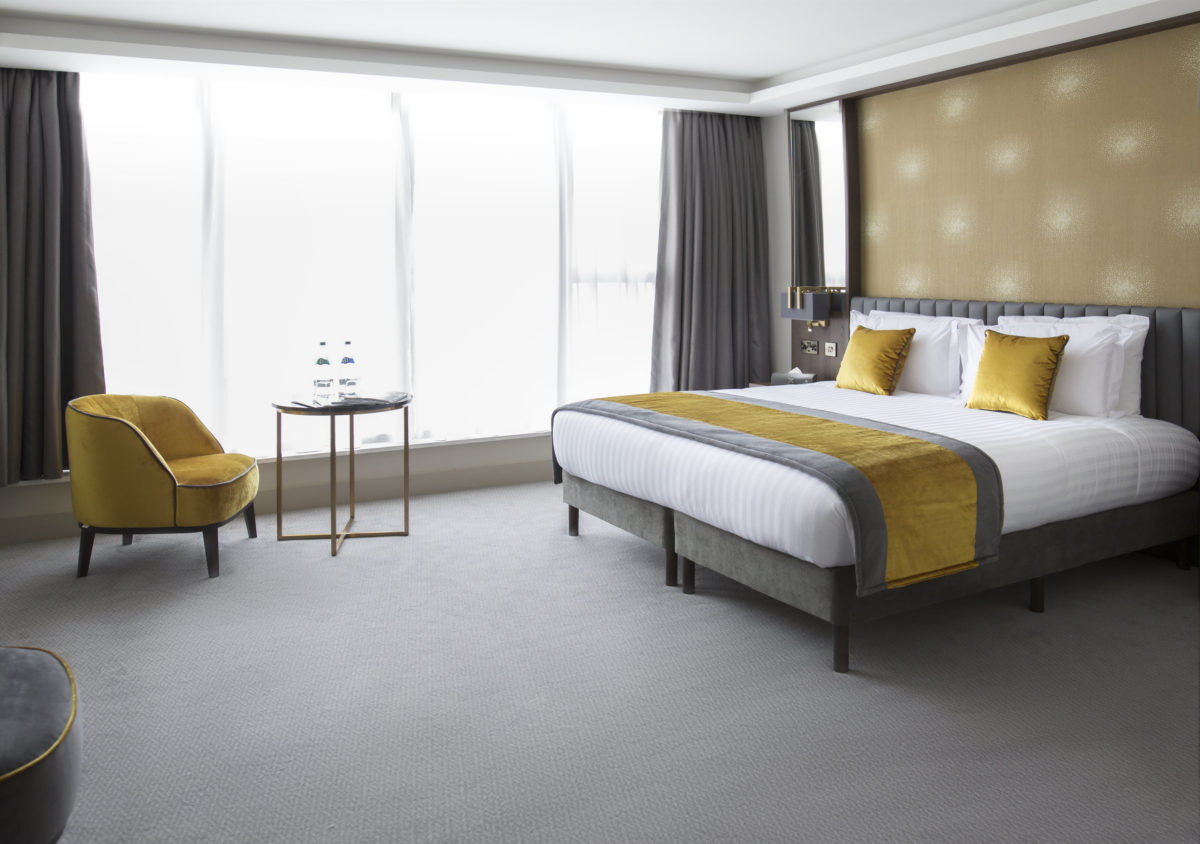 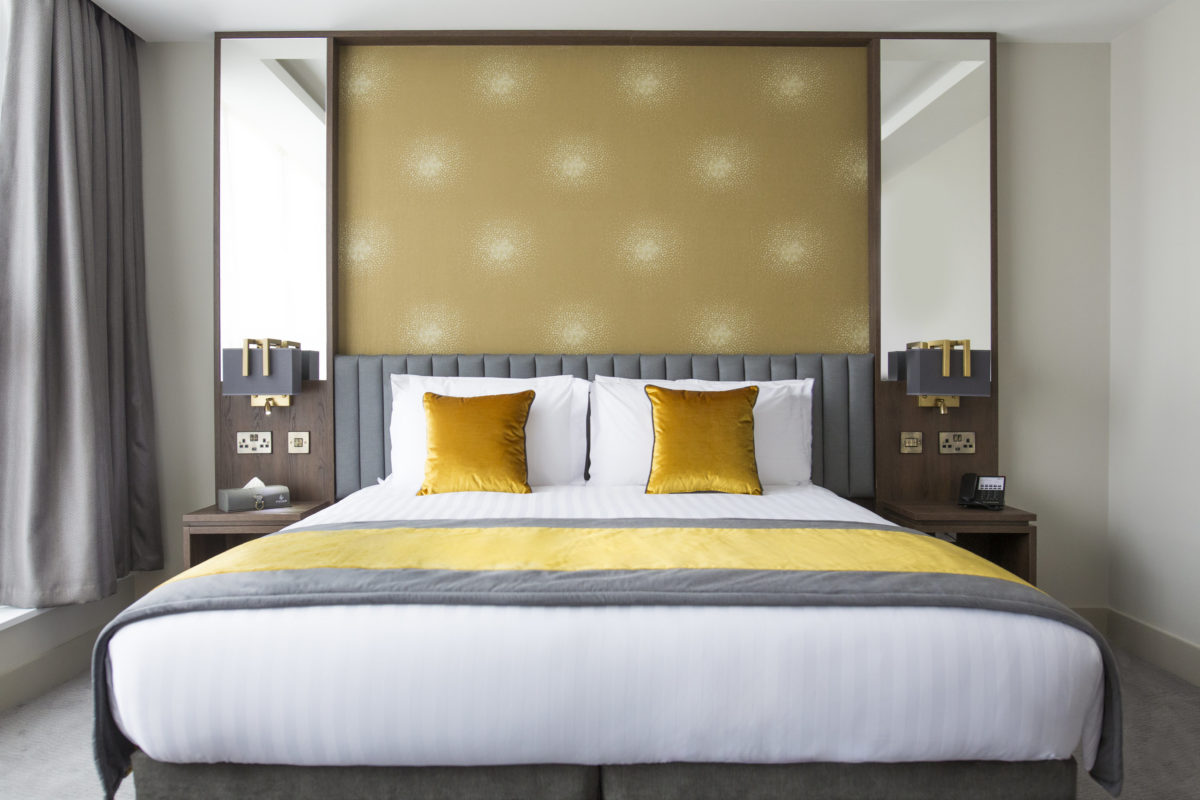 A mix of suits, solo travelers and young families. Elle’s, the hotel bar and restaurant, draws as many locals as it does guests to its plant-strewn terrace to soak up the rays while sampling the extensive cocktail menu.

A good pair of walking shoes. Dublin’s public transport system has vastly improved in recent years, but walking remains the best way to explore the Irish capital. Thanks to its central location, the Iveagh Garden Hotel makes the perfect base from which to discover the city’s sights by foot, with most situated anywhere from just a 5-minute to half-hour walk away.

Be sure to request a quieter room if you’re a light sleeper. Harcourt Street is home to some of Dublin’s most popular clubs, and while the hotel has made every effort to soundproof its interior, noise-sensitive folks may find streetside rooms a little too vibey.

Take a walk in the nearby Iveagh Gardens. Discover the history of Dublin through a collection of over 5,000 artifacts donated by its citizens at the Little Museum of Dublin. Taste the best burgers the city has to offer at Bunsen. Finally, round out your stay with a well-deserved pint of Guinness among Dublin’s coolest at the Bernard Shaw.