Why Hydra's Art Scene is a True Greek Revival

Until recently, Greece’s art heyday was considered more of an ancient concept. For issue 07 of Here Magazine, Marina Cashdan, VP of creative and editorial at Artsy, explained why the picturesque island of Hydra is putting Greece back on the (no doubt artfully crafted) map.

Marina Cashdan’s love affair with the Greek island of Hydra began when she was young. She was 16 the first time she set foot on the island, just 45 miles offshore from Athens. Cashdan is a New Yorker, and it was her first trip out of the country on her own; her childhood friend’s mother had a house there. The quaint slowness of the island struck her as completely novel. A meal consisted of octopus caught on the pier, dressed simply with lemon and olive oil, no sauces, no frills. There are no cars on the island. All movement happens on foot, and for particularly rugged passes, donkeys are a suitable substitution. Water taxis shuttle beachgoers to hard-to-reach sandy inlets and, in many cases, homeowners access their front doors by boat.

As teens, Cashdan and her friend were allowed to roam around the cliffs more or less on their own. “It’s hard to get in trouble there. It’s very laid back, very oriented towards beach and food. There was something of a time warp around it,” she remembers. It was a first taste of freedom.

That sense of freedom and simplicity is a cornerstone of life on Hydra, and has long drawn creative types to its craggy shores. The writer Henry Miller declared Hydra aesthetically “perfect”; musician and poet Leonard Cohen made a whitewashed townhouse by Hydra’s harbor his home in the 1960s, a time when artists and intellectuals used to gather on cafe terraces to share ideas and drink Greek wine.

To this day, no corporate hotels exist on the island. Limited transport has made it difficult to build anything big, which of course only adds to the charm.

Hydra’s art-world persona shows up in full force in the summer, when the island transforms into a premier art destination without shedding any of its signature quaintness. Cashdan has returned several times, often after Art Basel, to partake in an invite-only dinner party held by Dakis Joannou, the Greek-Cypriot billionaire and mega- collector. This gathering of the art world’s glitterati heralds the start of the art season on the island, when old buildings that once functioned as high schools and slaughterhouses are repurposed as ultra-hip galleries.

Cashdan’s guide to Hydra features the island’s best art, charming guesthouses, and some of the freshest seafood of your life. 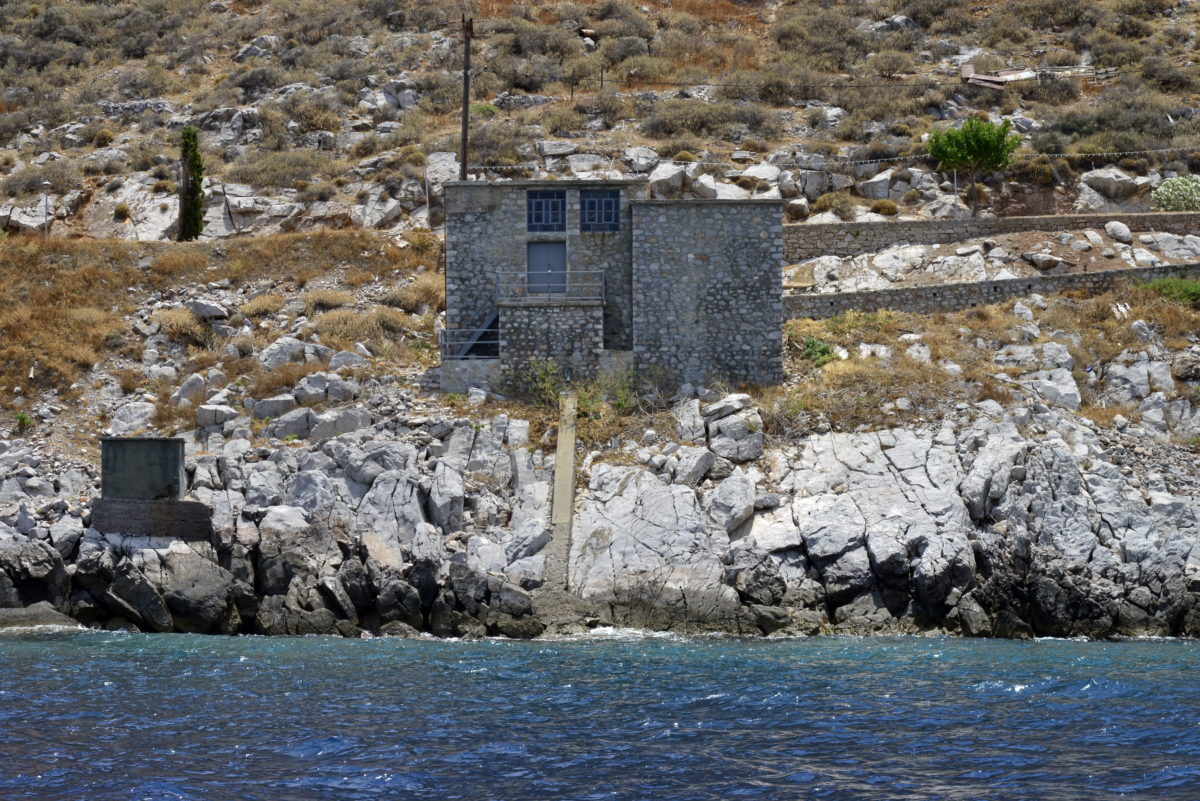 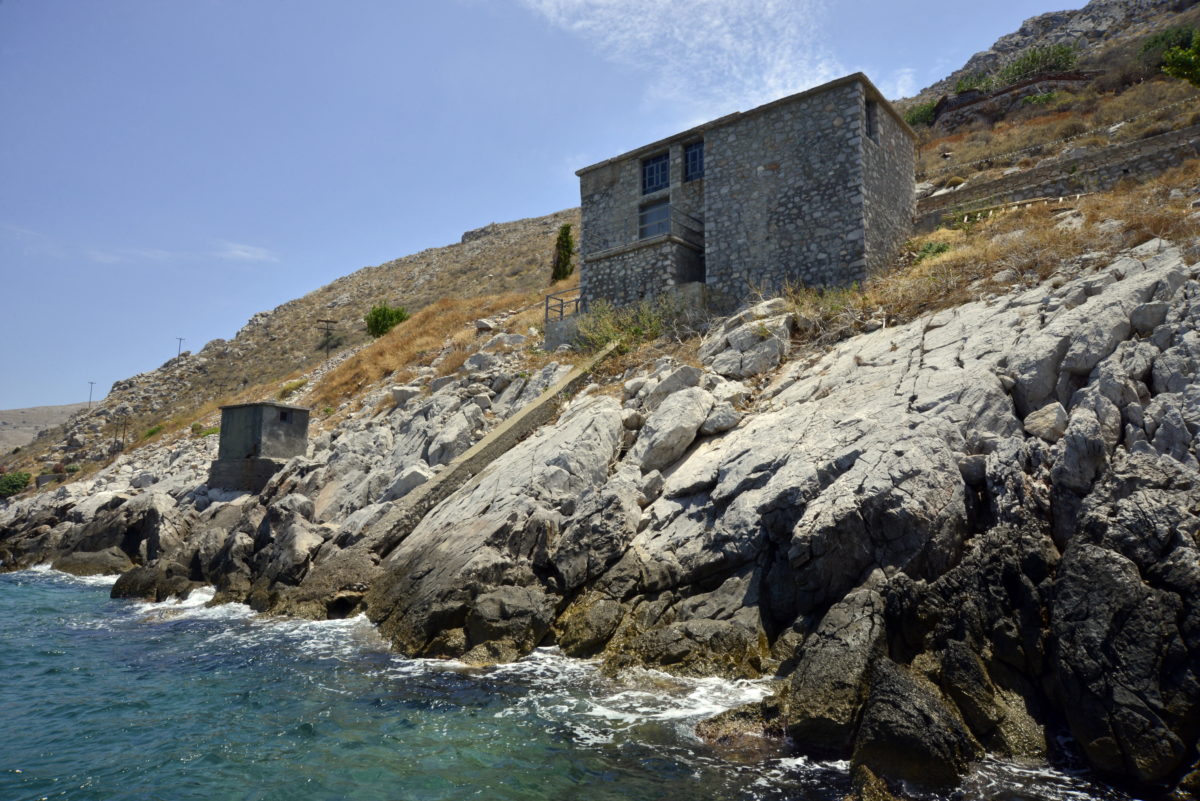 Where to See Art

This outpost of the Athens-based DESTE Foundation, owned by Dakis Joannou, opened in 2009 in an old slaughterhouse. It is home to some of the biggest names in contemporary art, counting Kara Walker and David Shrigley among recent exhibitions. But don’t expect the classic stark-white gallery. “It’s an old stone building perched on the coast—a very raw space, with tall ceilings,” Cashdan says. “It’s still very much got this essence of what it was.” Take a water taxi to get there, and check if you need to make an appointment before you go.

The Greek curator and artist Dimitrios Antonitsis founded this artist residency and exhibition space in the old Hydra high school, continuing a legacy of contemporary art shown in disused educational buildings that extends beyond Hydra. “It reminds me of Spring/Break Art Fair, which is held in an old school on Prince and Mott,” Cashdan says, referencing the youthful staple of New York City’s contemporary art scene. The work featured here is a mix of up-and-coming Greek artists and better-known international names.

With her sprawling waterfront art space, English collector Pauline Karpidas breathed new life into a former shipbuilder’s workshop near Hydra’s harbor. This place comes most alive in summer with a series of specially commissioned shows. “[Karpidas has] worked with incredible artists; it’s a lot of international names,” Cashdan says. Prominent figures like Nate Lohman, Carroll Dunham, and Richard Prince have all created work for the space. 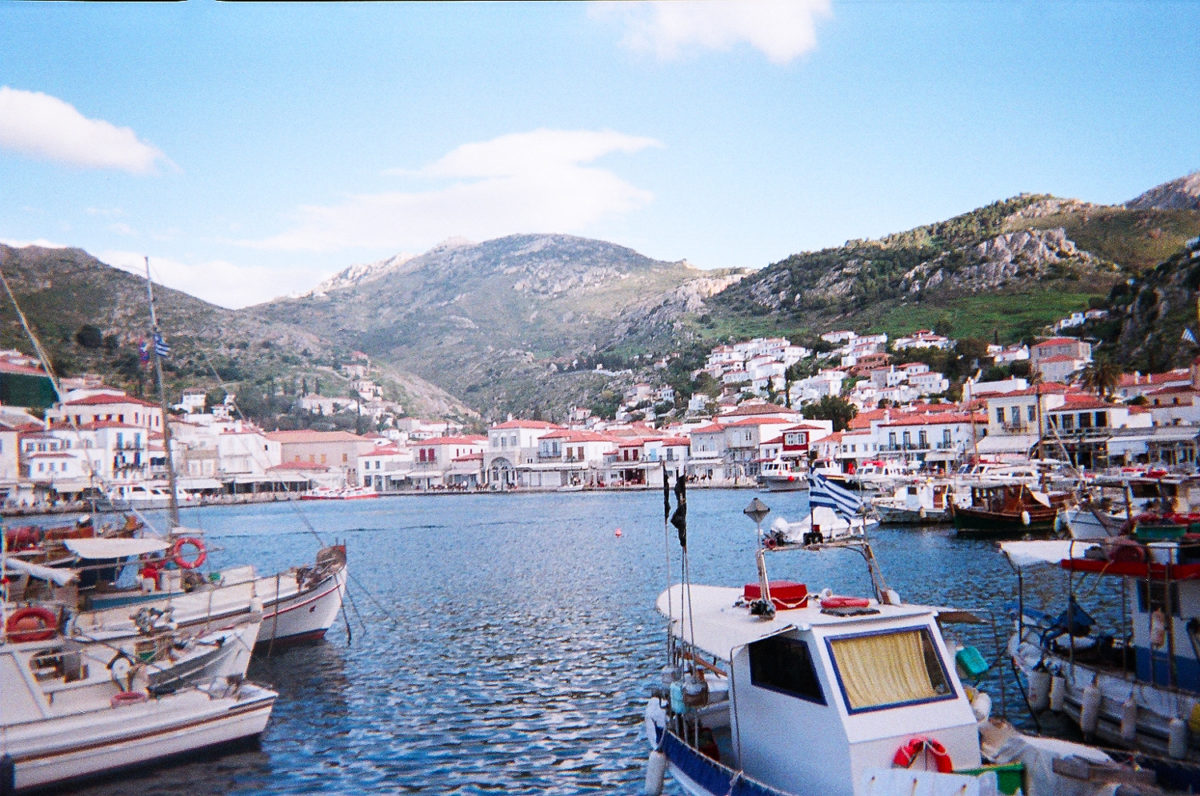 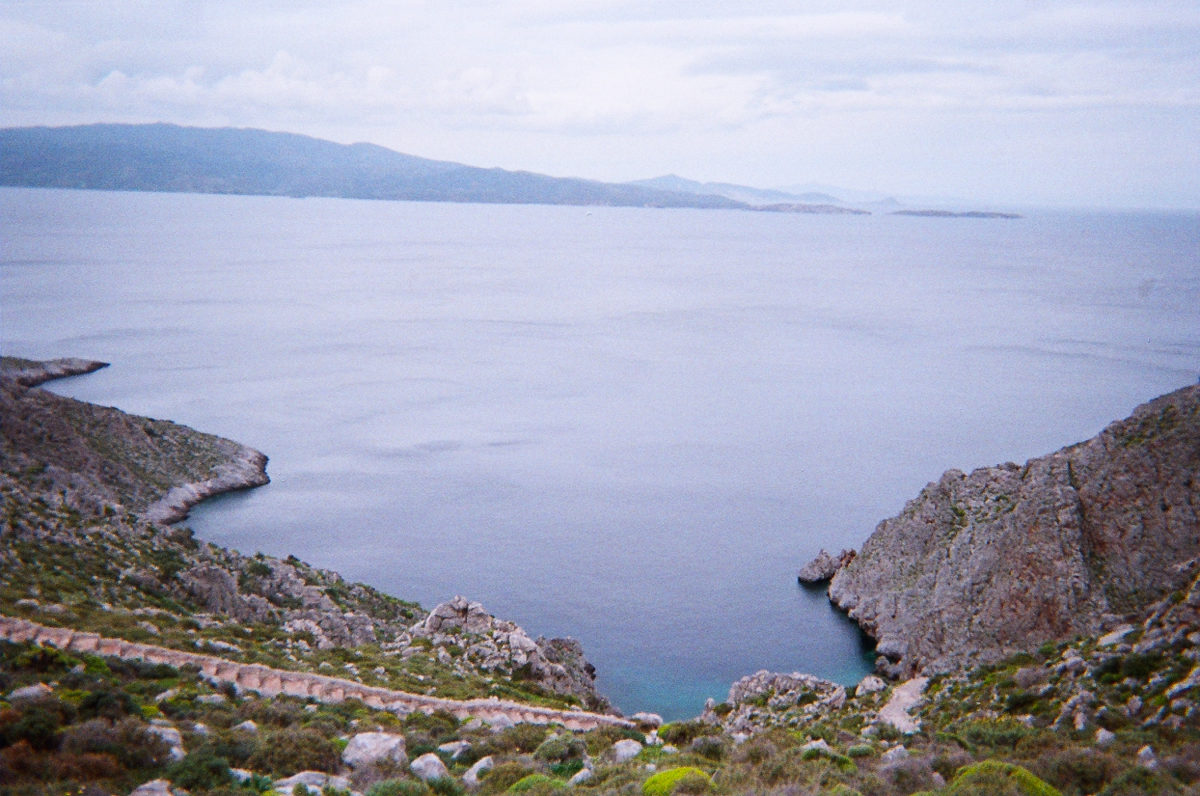 Don’t be confused—this Four Seasons is completely unaffiliated with the high-end American hospitality chain. This is where Cashdan stays on the island, both for the sea-view rooms and the great hotel restaurant. “It’s a little more off the beaten path, you have to take a water taxi to get there. They’re very simple rooms, stone or wood floors, and very Greek-island- feeling, bright and airy.” Many of the rooms have windows that open onto the sea. “You get a lot of light, you smell the sea air. Not fancy, but not so basic that you don’t have charm.” The hotel restaurant also warrants a visit. “Talk about seafood taken off the boat and served on your plate,” she says. “Local fish, squid. It’s always pretty simply cooked—olive oil, lemon juice. It’s so fresh you don’t want to add too much anyway.”

In the 1940s and ’50s, sponges were one of Hydra’s main exports. Today, a former sponge factory on the island has been converted into one of its most upscale boutique hotels. Contemporary art is bountiful here, too; Charwei Tsai’s olive tree covered in Chinese characters is installed near the pool.

Located in a cavernous stone building, this dive bar is where everyone—including locals—goes for a beer. “Don’t expect anything fancy. It’s really basic, and a little bit cheesy—I remember decals of pirate scenes,” Cashdan says. But the kitsch is charming, the drinks are cheap, and a waterfront terrace never hurts.