When Laila Gohar wants to give the easy explanation, she says she’s a cook. But her job is a little more unusual than that.

“If I go into the whole spiel, I’ll say I create food-related moments or experiences, usually in conjunction with some sort of event,” Gohar says. “I’m interested in the anthropology of food—how it affects us, food memories, ancient methods of food preparation. Basically, food as it relates to society.”

An easier way to explain her job might be to give some examples. At a Tiffany & Co. breakfast event, she created a giant marshmallow cloud out of more than 6,000 mallows and a 10-foot sundial using chocolate and licorice to evoke the brand’s new watch design.

“I think there is this interesting relationship between the human mind and sugar,” she says. “And sugar’s association with greed and excessiveness but also guilt.” 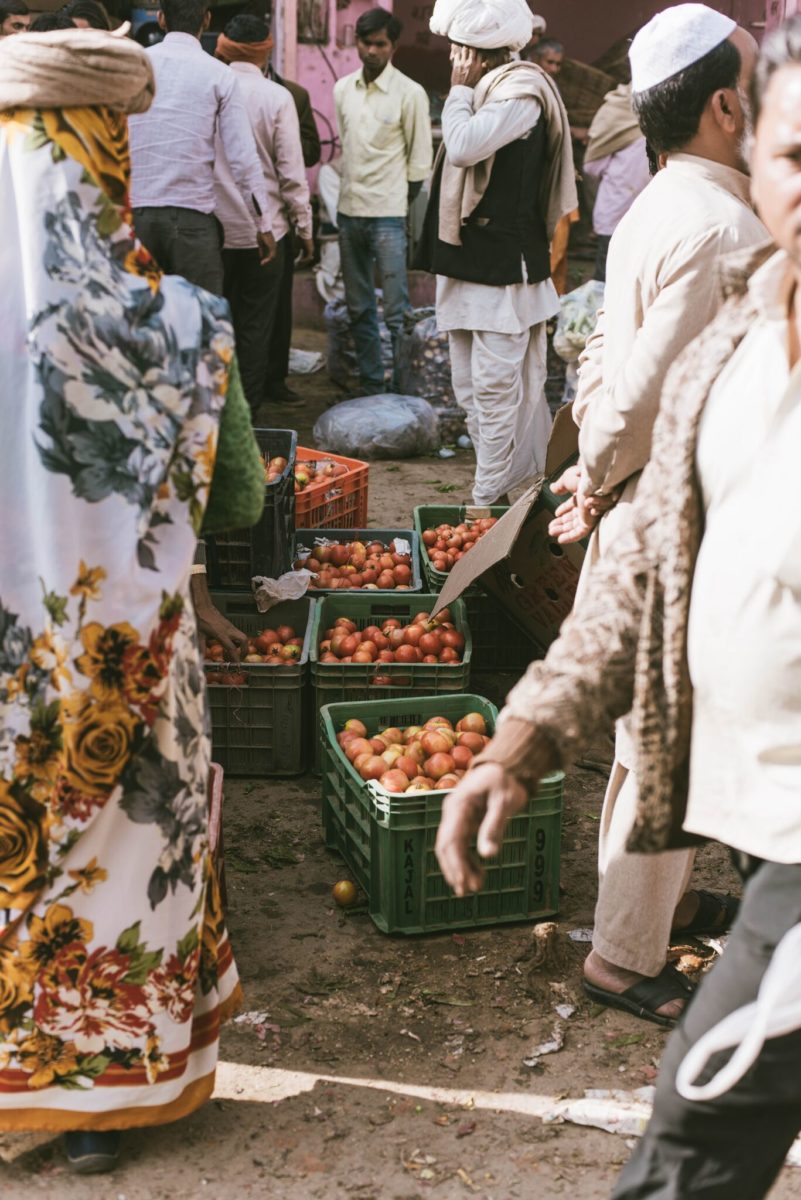 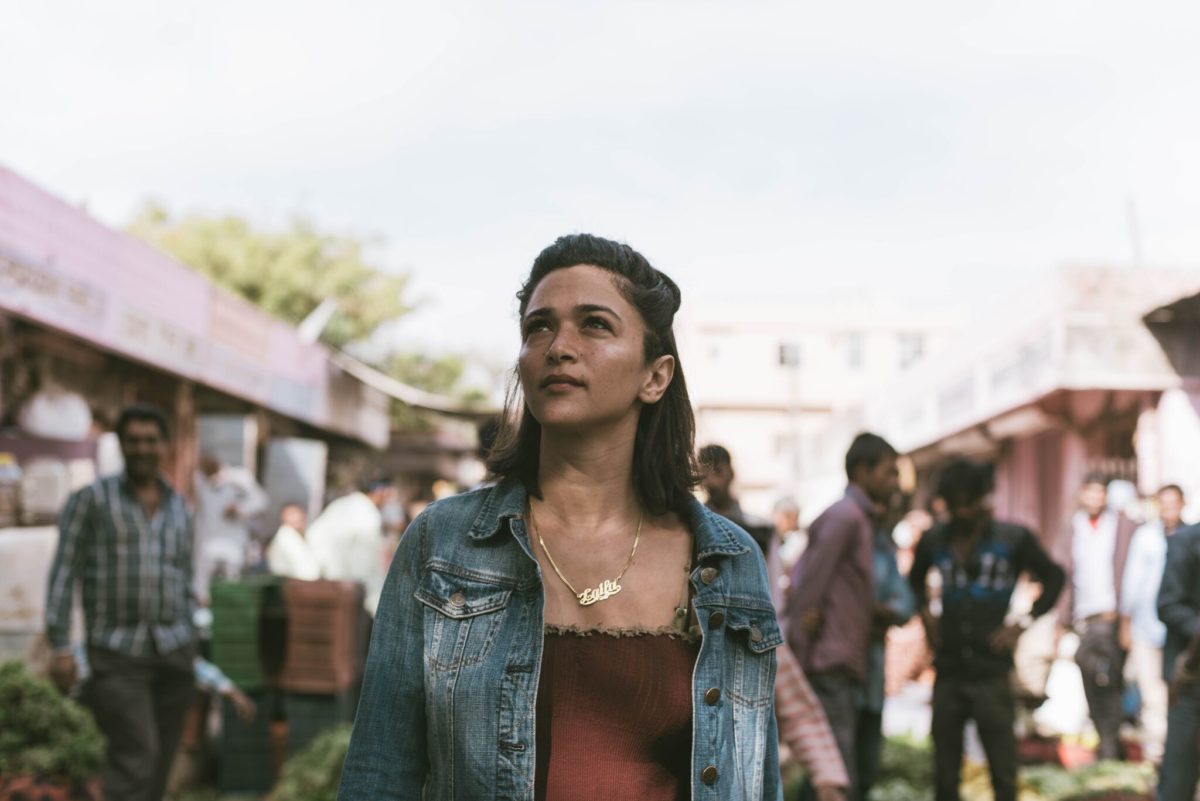 Laila Gohar at the vegetable market in Jaipur.

At A/D/O, a creative space in Brooklyn, she built a multisensory installation for electronics company Bang & Olufsen that incorporated eating and sound. “I did some research, and I found out there was this direct connection between how food sounds and how it tastes,” she says. “Doritos, for example, hires a whole bunch of scientists to make the chip really crunchy because if you hear a crunch then you think it’s tasty. So I was like, ‘that’s a cool concept—let’s develop that.’” She built a wall of apples, but as visitors crunched on the fruit, they heard a fizzing sound. Elsewhere, they snacked on potato chips and matcha cream pie, but heard pop and crunch sounds. “It messed with your senses,” says Gohar.

Traveling is a main source of inspiration, so while modeling in Jaipur, she was often distracted by food. But it’s not her destination’s fine dining that she’s interested in. “I like seeing how food is displayed, or what things are being used to store it,” she says.

“Whenever I go to countries like India I always want to go to the weird markets, not the typical places where you would go to find the pretty things. I’m more interested in where the street vendor is sourcing his big ladle. Sometimes it takes a minute to explain why I’m interested in a weird-looking broom when someone wants me to buy the pretty blue jug.”

Though most of her childhood memories in Egypt revolve around food, it wasn’t until she went to college in Miami that it took on real significance. “I really started cooking more intensely when I moved to the U.S. because I thought that the food was bad,” she says. “I just wanted to eat the stuff I was used to eating, so that meant cooking at home. Then, by extension, I would always cook for friends, which is my favorite thing to do and definitely my hobby.”

After school, she worked in restaurants, at food magazines, and for event production companies before landing on her one-of-a-kind job.

“It’s kind of surreal that I’m able to do this for a living. It’s not a real career—I made it up,” she says. “So the way that this is going now ticks a lot of boxes for me. I like doing things my way.”