Nature-obsessed vegan chef Josie Clemens has traveled all over the country in search of America's best vegan diners, drive-ins, and dives.
IndexFirozah Najmi

Vegan chef Josie Clemens’ travels have led her all over the US, cooking for celebs, managing her own vegan food truck, and working at innovative vegan fine dining restaurants. Having just competed in Season 20 of Hell’s Kitchen, this rising star is making waves wherever the road takes her.

At 22, Josie Clemens quit her job at Tesla. She was tired of working corporate, of “trading time for money in a way that felt meaningless.”

Throughout her teens, Clemens worked in hotel restaurants in Michigan and upstate New York. She went vegan at 19 after leaving a toxic relationship. “For months, I was vegan without knowing it,” she says. “I was still cooking meat [at my jobs] and had this intense aversion to it. I was just following the feeling.” By 22, she had an impressive amount of culinary experience under her belt, and her brief foray into the corporate world left her feeling lost. So, she made the big decision to move to Los Angeles and start a career as a chef, managing a vegan bakery called The Ridiculous Baking Company.

Clemens quickly carved out a space for herself in LA as an ambitious, budding vegan chef. She nearly took a job cooking for celebrity vegan YouTuber Logan Paul (“I was like, ‘Yes, I’m going to be Logan Paul’s chef because I’m going to marry him.’”) but ultimately passed on the opportunity because some of Logan’s crew members would need to be served meat.

Instead, following the dreams of so many other people who move to Hollywood, Clemens wound up on screen. 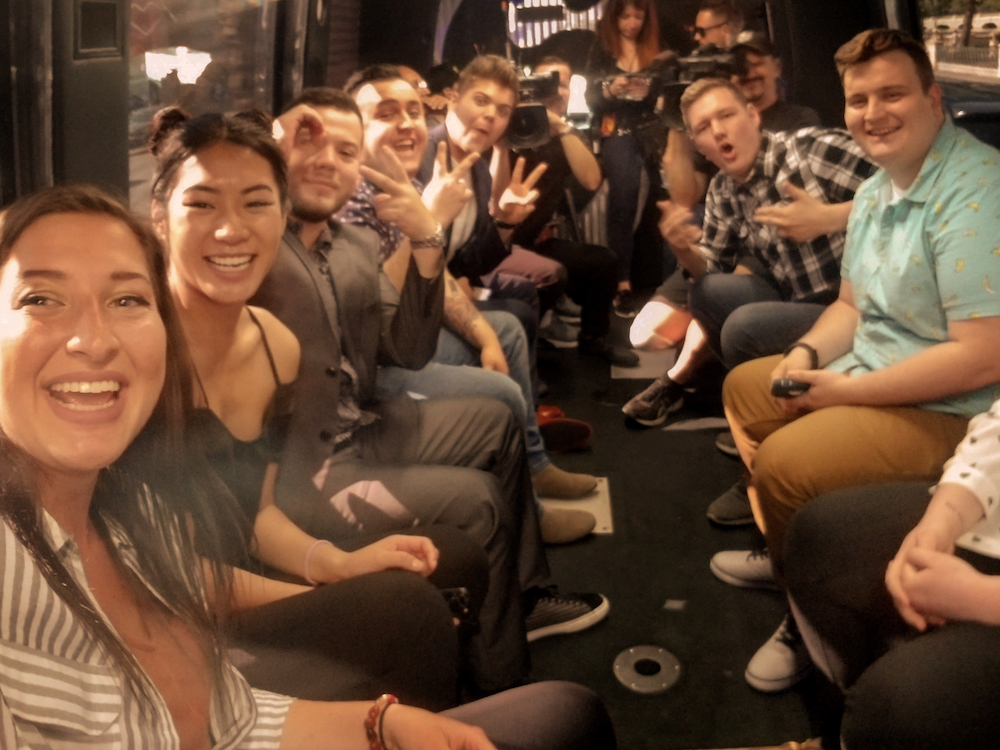 Clemens (far left) and the 17 other contestants of Hell's Kitchen Season 20 posing for a photo before their intense month-long filming schedule.

Hell’s Kitchen, the intense competition show where chefs compete against each other for a prestigious job offer at one of Gordon Ramsay’s world-renowned restaurants (plus a hefty sum of cash) reached out to Clemens through a mutual friend, who raved about her cooking to the production crew. Halfway through the interview process, though, Clemens got cold feet—on the show, chefs are required to take turns cooking on the meat, fish, and garnish stations, and she wouldn’t be able to taste her own food. After a week of ruminating, Clemens decided the universe was trying to give her a sign, nagging at her to take the chance of a lifetime, even if it meant going outside her comfort zone.

In 2019, Clemens joined a group of 17 other contestants as line cooks on Hell’s Kitchen Season 20, where their every move is closely scrutinized by Gordon. From subsisting on three to four hours of sleep per night, no access to your phone or your bank account, plus the psychological toll of being berated by Gordon, “your nervous system is firing on all cylinders,” says Clemens.

One of the hallmarks of Hell’s Kitchen is Gordon’s frequent meltdowns when his standards are not met: throwing food and dishes at underperforming chefs, ferocious shouting, and kicking chefs out before service is over (if they especially fumble the bag). Gordon thought Clemens would be squeamish about cooking proteins because of her veganism, but Clemens’s can-do attitude and willingness to learn seriously impressed him.

When she received the invitation to join Hell’s Kitchen, Clemens road tripped from LA to her hometown, Detroit, to drop off her beloved dog and truck with family before joining the cast for an intense month-long filming schedule. The road trip to follow, featuring Clemens’s favorite vegan eats along the way, is a testament to the exploding vegan scene across the country. 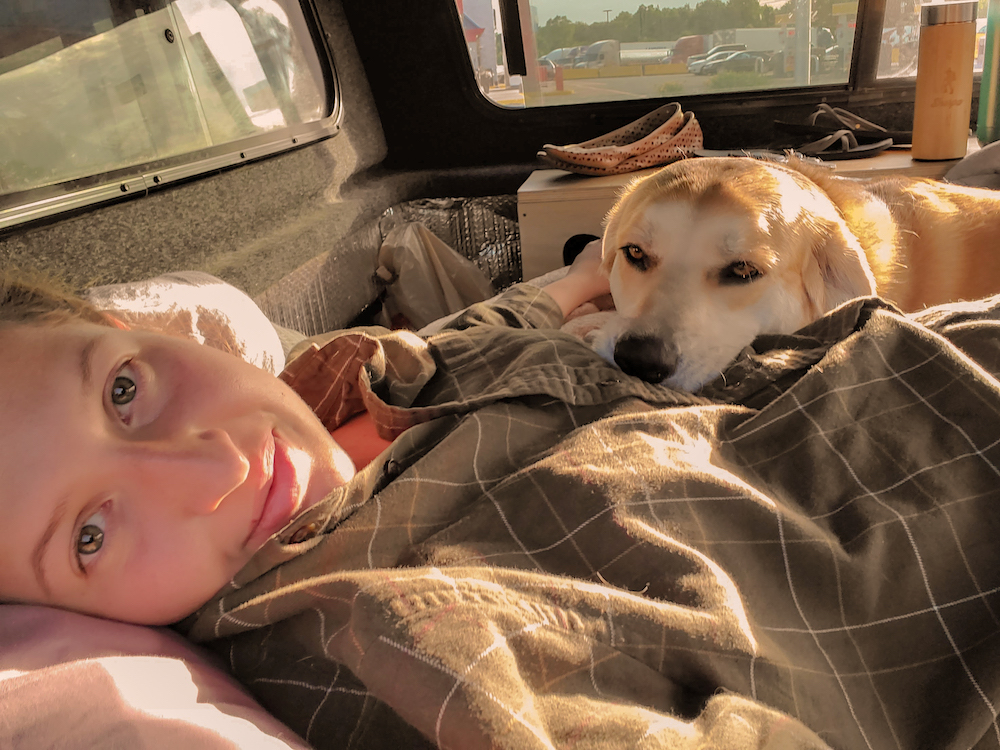 Is there any better travel companion than man's best friend? 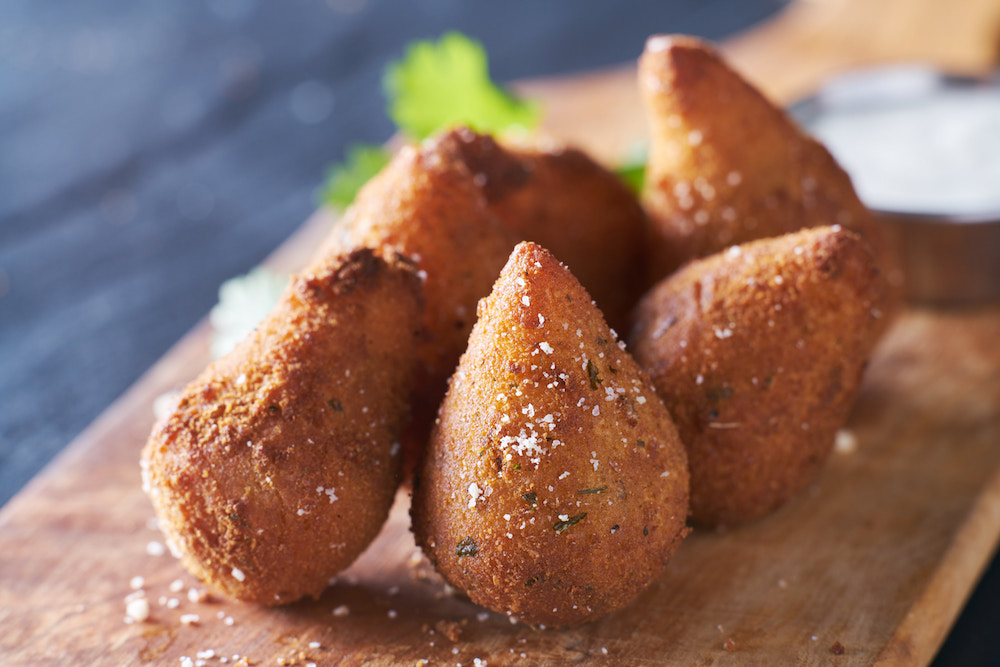 Enjoy Southwestern vegan delights with an Ayurvedic twist at Chocolatree. The restaurant is co-owned by a father-daughter duo committed to healing the world through vegan cooking, and they use 95% seasonal and 100% organic or wild-crafted ingredients. With a serious commitment to sustainability, you’ll feel refreshed in more ways than one after eating at Chocolatree. Clemens recommends the enchiladas and the avocado herb sandwich.

On the road from Sedona to Oklahoma City, vegan restaurants are few and far between. When Clemens wasn’t able to indulge in great vegan cooking, she subsisted on diner coffee and steamed broccoli, plus the occasional Denny’s trip. As you can imagine, when she got to Oklahoma City, she was desperate for a hearty home-cooked meal. Though not a vegan establishment, Clemens has fond memories of Kitchen 324. “I want you guys to make me a fire dish,” she told the staff, exhausted after days of being on the road. Kitchen 324 didn’t disappoint: they crafted her an irresistible plate of spicy pasta with butternut squash and mushrooms.

Though expectations were low for Indianapolis, it turns out there is a pleasantly surprising budding vegan scene. At historic City Market, Clemens enjoyed a savory reuben sandwich and breakfast burrito at pop-up shop 3 Carrots. 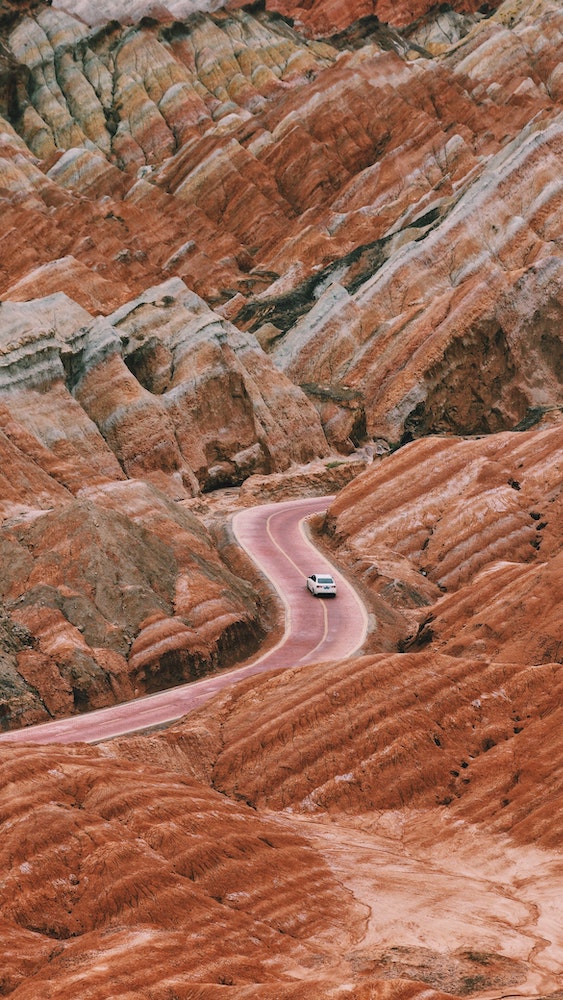 Eat your way through the vegan southwest by road tripping in Chef Clemens' footsteps. Or, tire tracks, maybe? Photo by Raychan. 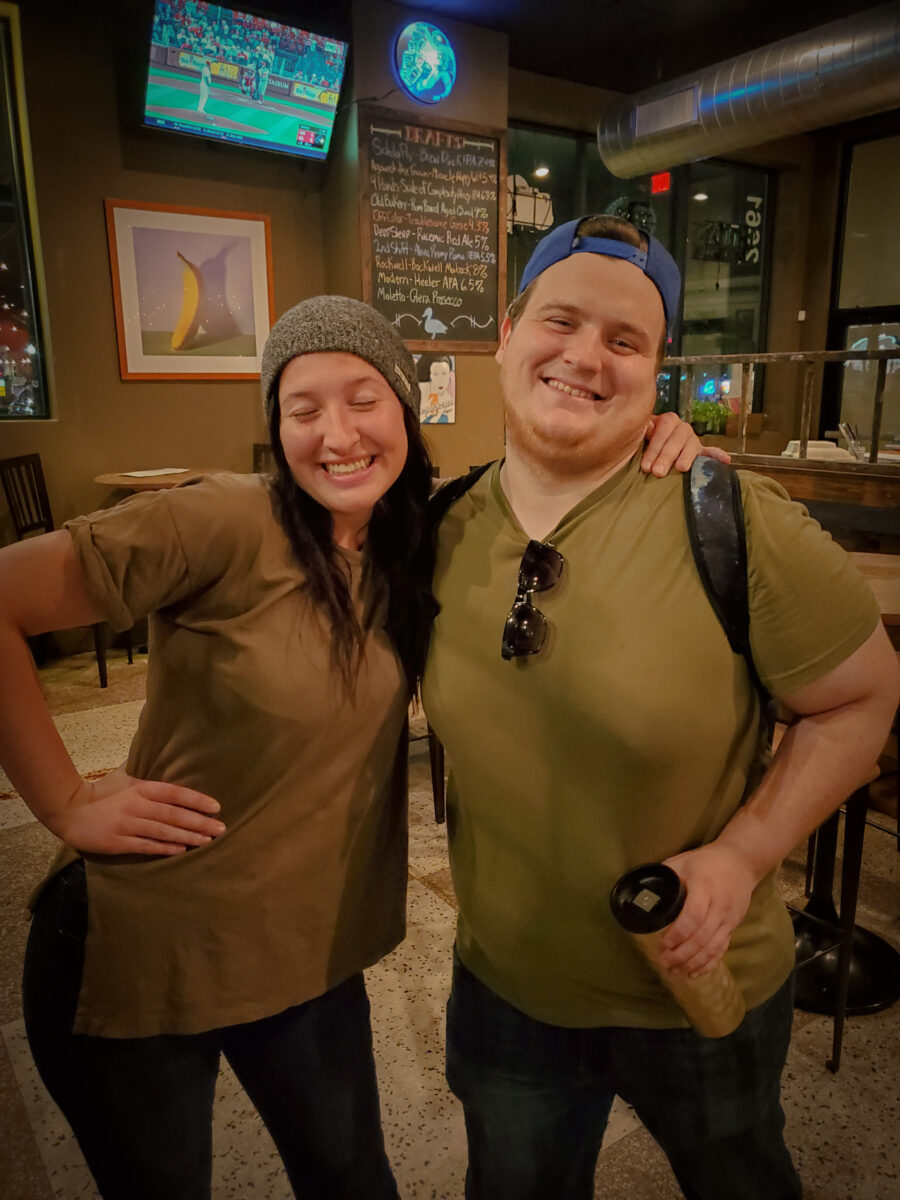 After the filming of Hell's Kitchen, Clemens made it a priority to visit the hometowns of fellow competitors, sampling the local vegan offerings.

New York is one of the best cities for vegan eats, and Clemens’ top pick is Buddha Bodai Kosher Vegetarian, a vegan mecca for dim sum in Chinatown, Manhattan. Pro tip: try the rice cruller roll on the dim sum menu for an oddly delicious melt-in-your-mouth donut-rice-dumpling hybrid, slathered in a tangy soy-based sauce.

Clemens is no stranger to Colorado, having lived there previously. Upon returning, she found a new restaurant by her old apartment called the Gold Leaf Collective. With a moody steampunk meets Alice-in-Wonderland vibe, plus choice ingredients sourced from small-scale vegan brands and independent foragers, Clemens briefly worked here before relocating to Phoenix and starting up a vegan meal prep company. Try the popular Mac and ‘Shews or the Pulled Mushroom BBQ Sandwich for flavorful, impossibly decadent vegan comfort food.

First, check out The Coronado. The eatery is owned, operated, and staffed by trans and nonbinary folks, with fresh-baked pastries and locally sourced beer and wine served daily, as well as new brunch specials offered weekly.

The family that owns Chocolatree in Sedona also has a restaurant in Phoenix, called Giving Tree Cafe, which is 100% organic and gluten-free. Clemens recommends the quinoa stuffed boca squash, served with a delicious sauce, shishito peppers and brussels sprouts. If you’re looking for something a little sweeter, “their pancakes are a game changer. They’re so healthy and nutrient dense that you can just eat one and feel satisfied.” Don’t miss the warm cacao chia seed pudding to round out your meal. 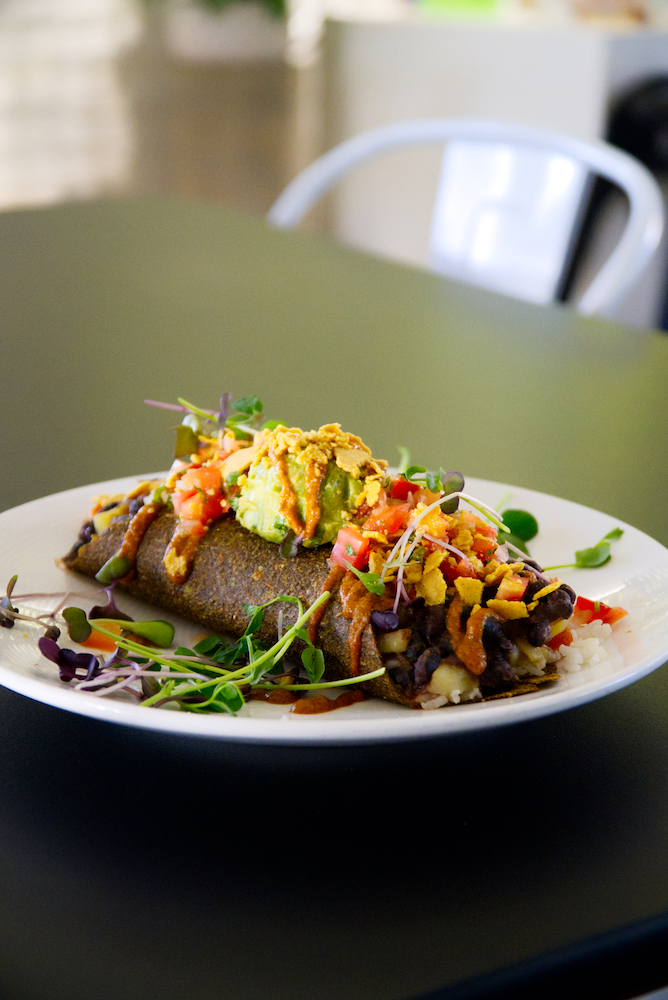 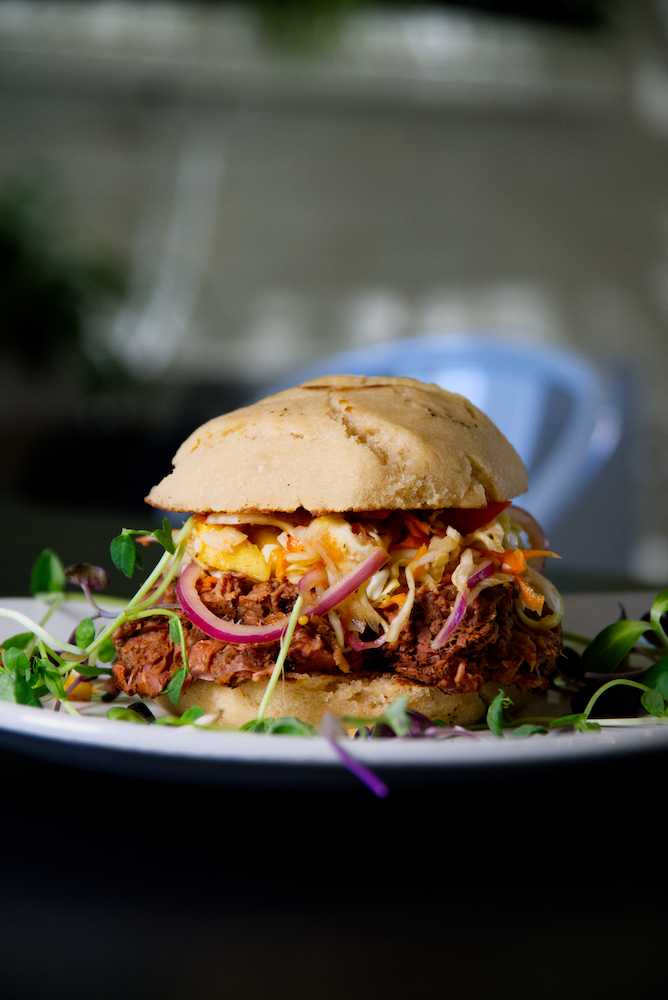 Clemens has only good things to say about the vegan scene in her newly adopted home city. Some of her favorites are Green Leaves Vegan, Gracias Madre, Sun Cafe, and Ramen Hood.