It was 11 a.m. on a sunny Saturday. I had been dancing at Berghain, the mega club, for five hours, and time had disappeared, as it always does in Berlin.

It was mid-April, and the city was beginning to recover from its endless winter and come alive again. I emerged from the club with a couple of friends, plus two DJs we met along the way. We were starving, and the question of where to eat gained urgency. But the suggestion that followed signaled a shift in the city I knew. “Daluma?” offered my friend. “Perfect,” answered the 6-foot-tall, Berlin-born DJ who had joined our clan. Don’t get me wrong, Daluma is great—it’s known for its fresh-squeezed juices and organic vegan fare. But it’s the last place I ever imagined I would end up after a night out in Berlin.

When I was last here, in 2011, the members-only club Soho House had just opened, rents were rising, and warehouses where people had been squatting in the borough of Kreuzberg were being bought up by real estate developers. Complaints that “Berlin was over” and reminiscences of the “good old days” echoed in conversation. But it’s a city that’s always starting anew, forcing its denizens to reassess and adapt. Countless artists swore they would never set foot in Soho House—and now make up much of the membership. But the biggest change in this ever-evolving landscape is a health-oriented one—not what you’d expect from a city known for its hedonism, grit, and a penchant for 48-hour partying. If someone told me health would be a top-of-mind consideration half a decade ago, I would have laughed. We lived in falafel dives and burger joints. We fed off kebab carts. We had a grab-and-go lifestyle, ducking into bodegas to snatch up energy drinks, three-ounce vodka shots, and Pilsners. Health was simply the last thing on the to-do list. I am floored walking through the Berlin of today, finding organic shops and eateries like Your Superfoods, Cookies Cream, Vitalia, and Bio Berlin on every block. Not to mention the stylish workout studios that have opened, such as Spirit Yoga, Jivamukti Yoga Berlin, Lagoa (another yoga studio), or BeCycle (a yoga, pilates, and cycling studio housed in a—no surprise here—converted warehouse).

“Everyone knows Berlin to be hedonistic,” says Jordan Summers, BeCycle’s manager. “You would grab a döner kebab with friends at 7 a.m. when you were drunk and leaving a club. But that’s not always the case anymore. Health food has entered the market.” She attributes its arrival to the influx of expats who want to maintain the healthy lifestyles they had in their home countries, coupled with the emerging startup communities charmed by the city’s affordable price tag. “The attractiveness of Berlin is not just about clubbing anymore. Startup culture has really helped drive the health initiative,” Summers explains. But leave it to Berlin to put its own, contradictory stamp on the trend: for many, adopting healthier habits makes the nights last longer. “They realize drinking a green juice or smoothie after clubbing and drinking all night makes them feel better,” Summers says, noting that three of her studio instructors are also practicing DJs. “They go out at night and sweat it out the next day.” People now prefer a 7 p.m. workout instead of a pre-dinner drink to maximize energy for the night ahead. 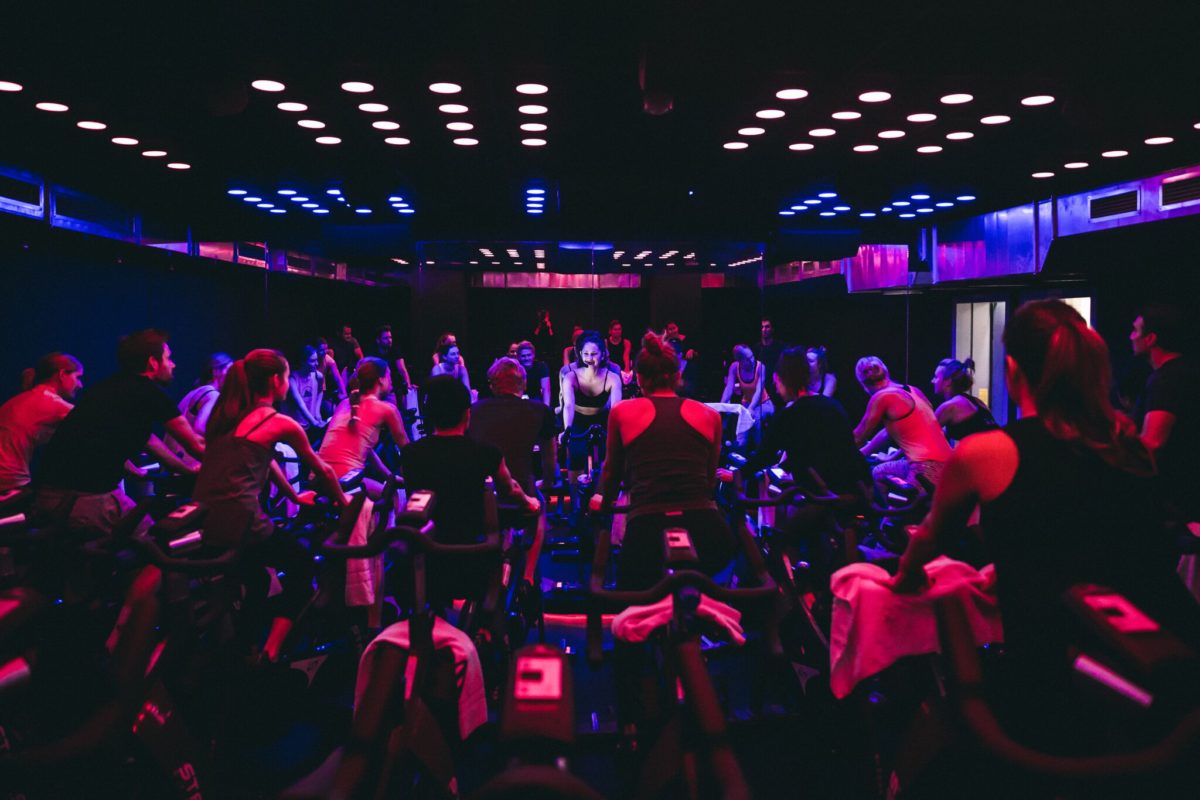 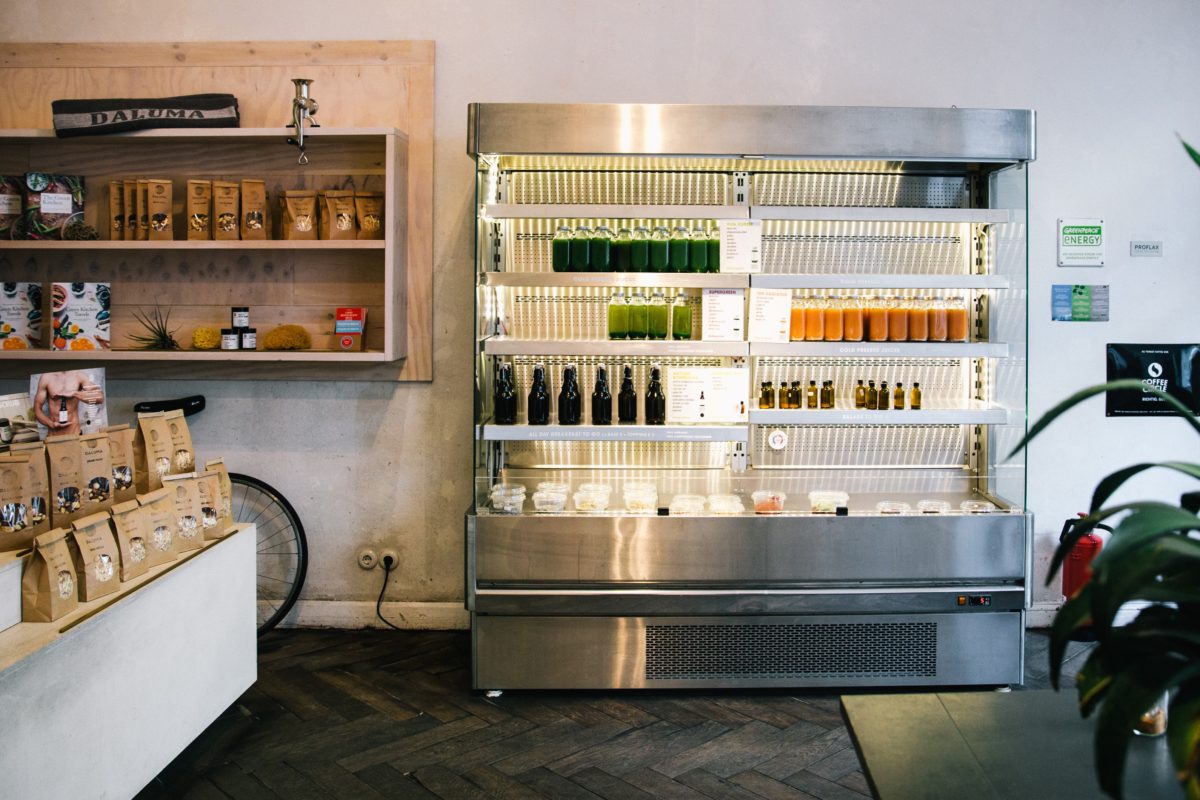 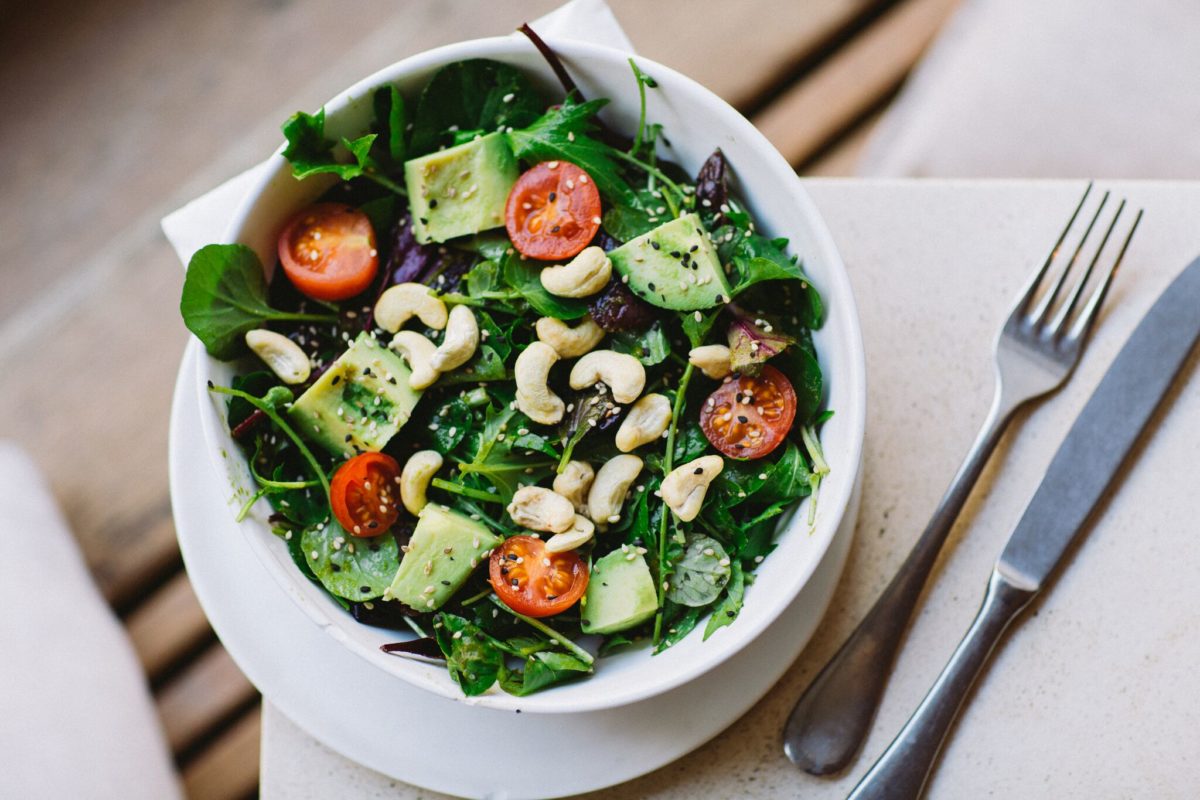 One of many healthy eats from Daluma. 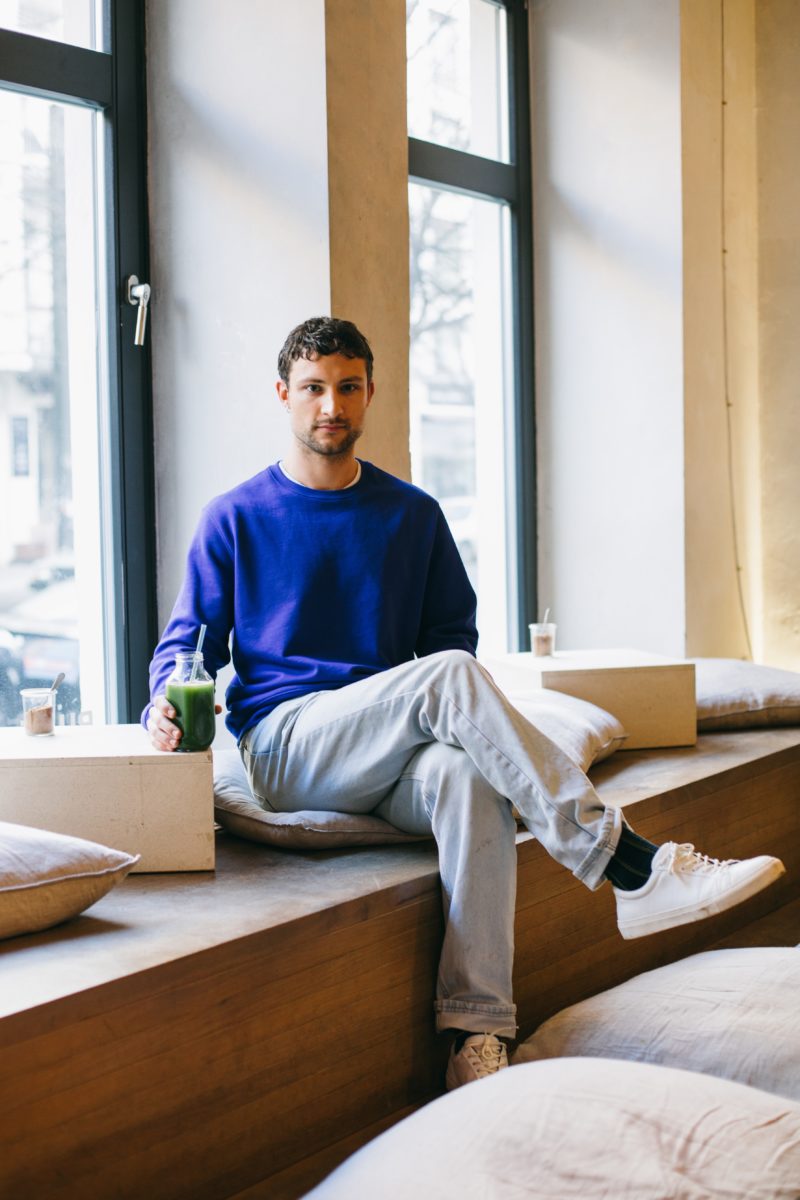 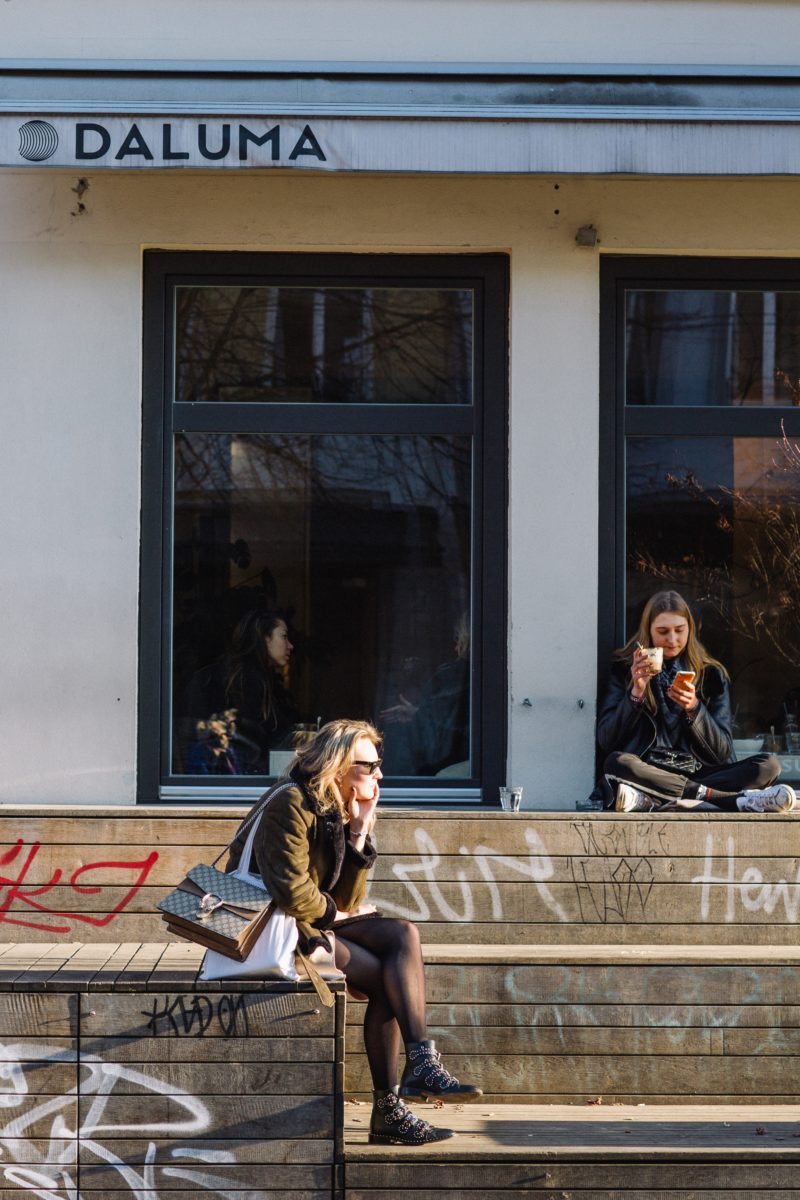 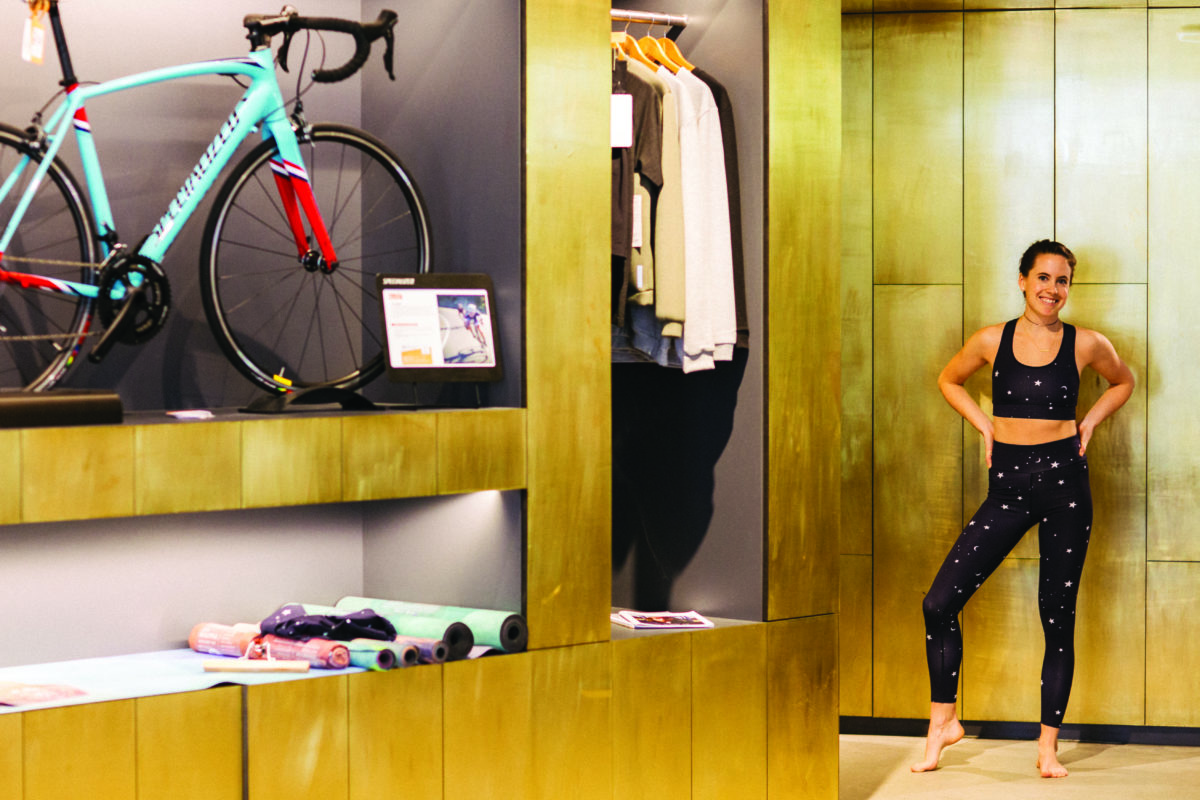 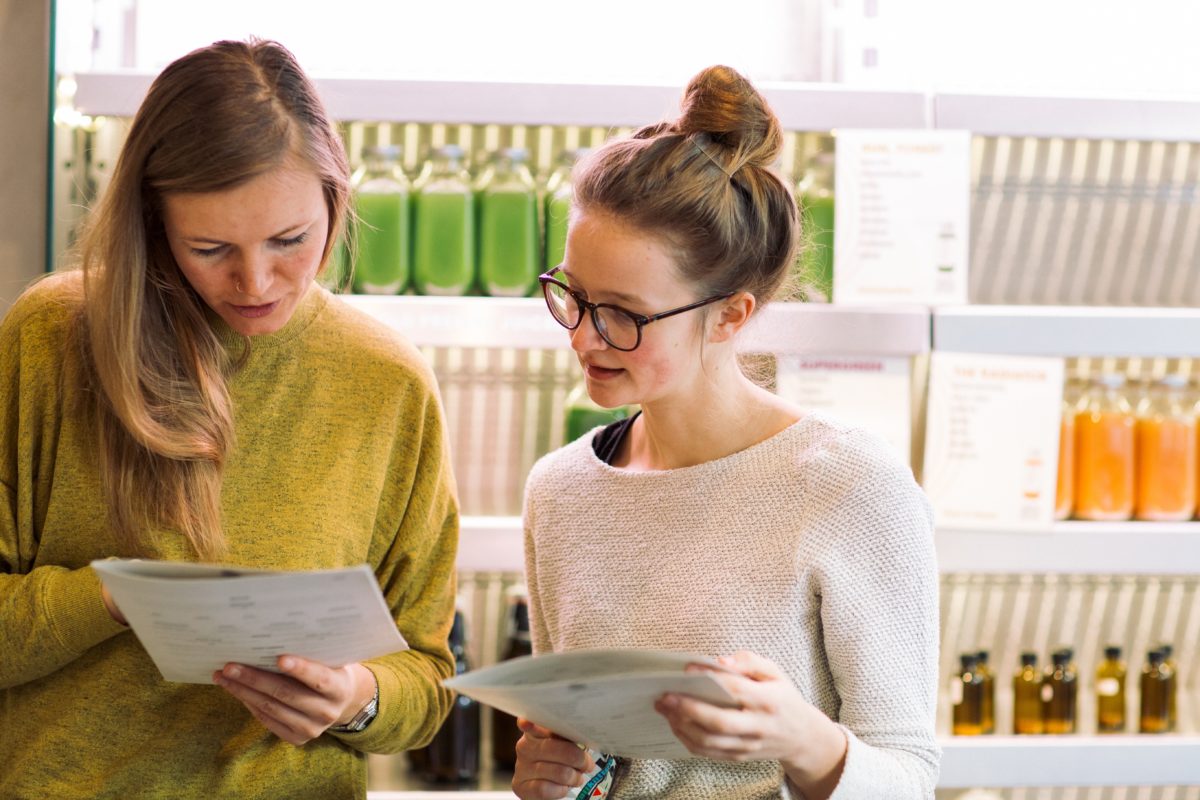 Perusing the menu at Becycle.

“I’ve traveled the world for 12 years, and I’ve never found a party like Berlin,” says Daluma’s director, Lukas Bossert, who moved there from Milan. Daluma, which is—almost too appropriately—nuzzled between an alcohol shop and a bike store, set the tone for the movement as a health pioneer when it opened two years ago. “Berlin always had a different definition of health. They thought Asian food was healthy, but it’s not,” says Bossert. Needless to say, he was surprised by the eatery’s immediate success serving “crazy foreign food” like kale salads and acai bowls. “People party, but they have a more conscious way of living now,” he says, crediting Berlin’s slow transition to health consciousness to its carefree lifestyle. “Health has been prevalent in New York and London for decades because life is harder there—people have to juggle two jobs to make rent— whereas in Berlin it’s easier to skate by.” But not so much for the DJs. “It’s a completely wrecking job. Even if they’re tired they have to play for five hours straight,” Bossert says, adding that DJs frequent his shop at all hours on the weekend until Monday afternoon when the clubs finally close. Expectedly, they gravitate toward fast-acting juice shots.

Andre Crom, a bigtime Berlin DJ, was quick to adapt. “If you have a lot of vegetarians around you, it makes you think about your own food and health,” he says. “Maybe they should open a smoothie bar outside of Berghain…and just add some ibuprofen in the mix.” As we finished our salads and acai bowls at Daluma, talk of which afterparty to go to came to the forefront. We had been up for 24 hours—I was dying, but the others showed no signs of slowing down. And they didn’t have to. Because in the new Berlin, vodka shots are followed by ginger shots the morning after.