67-year-old photographer Gaal Cohen has lived many lives. Born in France, he subsequently made a home for himself in such far-ranging corners of the world as Montreal and Israel, and though he still considers himself a New Yorker at heart (he left Manhattan in the 80s), his most permanent home has been at the center of Guadalajara’s booming art scene, which he began burrowing his way into when he moved to the city over 20 years ago.

Thanks to a combination of gregariousness and fastidiousness, Cohen knows just about every artsy type there is to know in west-central Mexico—a rapidly growing list—making him the perfect authority on where to find the best works in Mexico’s second city. Don’t miss these stand-out galleries and museums the next time you’re in Guadalajara, Jalisco. 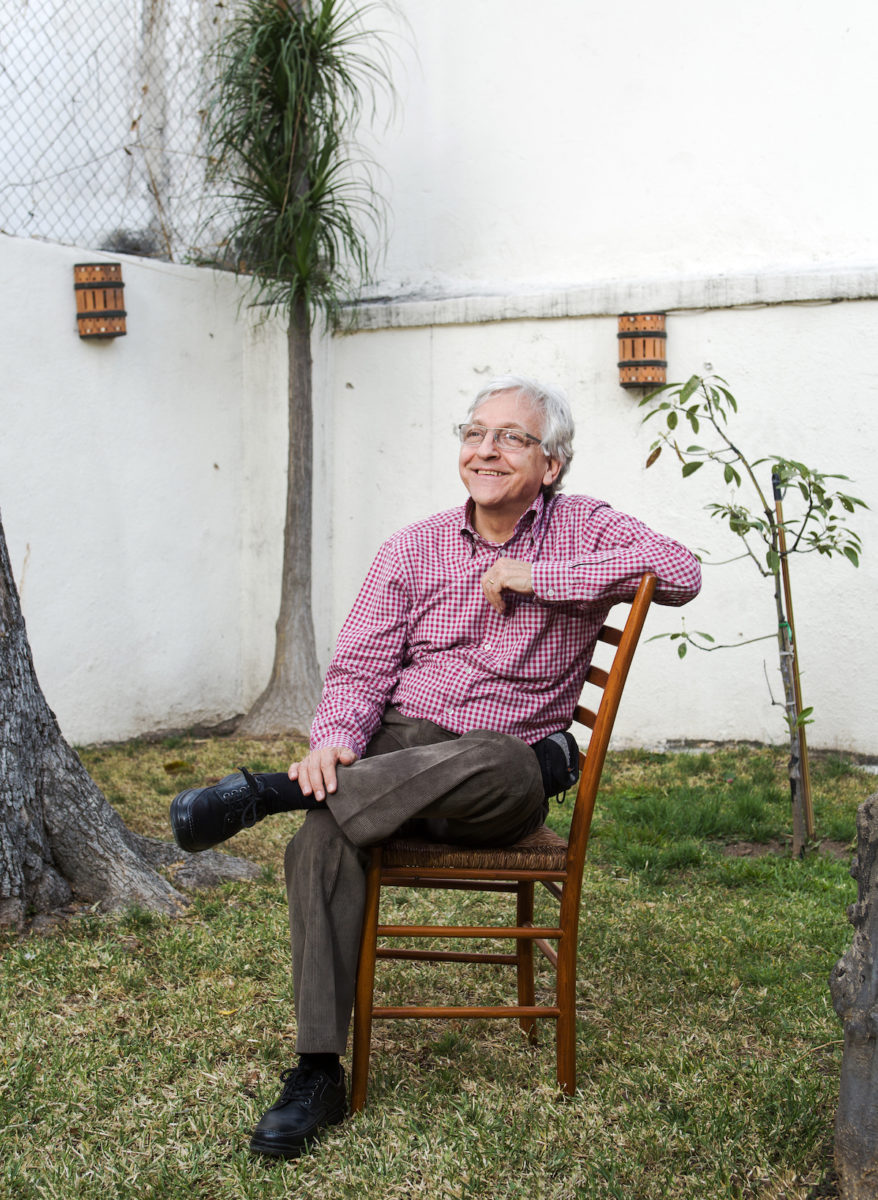 Gaal Cohen at his home in Guadalajara. Photo by Jessica Pons.

“Founded in 2012, Páramo is a contemporary art gallery that cultivates and advances the work and practices of artists from around the globe, and provides a platform for artists and their production. They incorporate institutional projects within the commercial space, and that is important in a country like Mexico. I personally think that what differentiates it from other galleries is, first of all, its space. Modern, huge and beautiful, Páramo is the biggest gallery space in Guadalajara. And from here, you are not too far from the Santa Teresita neighborhood, which is a typical and unique part of the city.” 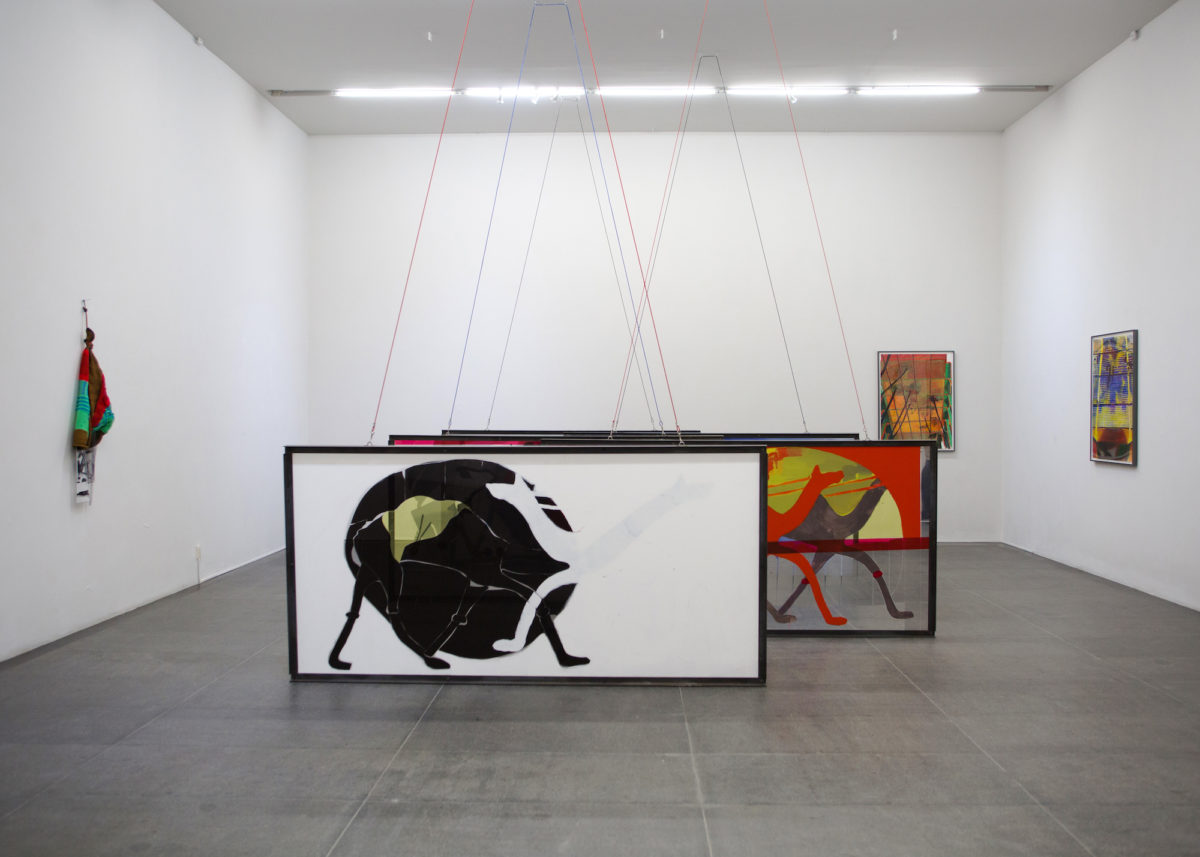 “Travesia Cuatro is unique in the sense that is has a presence in Madrid, and will open a gallery in Mexico City in May, as well. It is the only gallery in Guadalajara that has links like this with other cities. It is a well-established gallery that goes on the international fair circuit, like Basel Miami Beach, Basel and Frieze London and New York. The space is small but, their exhibits are good. Have a drink at the hotel Demetria next door, which is also dedicated to art.”

“This gallery opened in 2008 as one of the first contemporary art spaces in our city, with a gallery space in the award-winning building ‘Torre CUBE’ by the Catalan architect Carme Pinós. Over [more than] ten years, it has established itself as a [home] for Mexican contemporary art outside Mexico City. They have in-house shows year-round, and they participate in international art fairs as well as private and public commissioned art projects. In this area, known as Andares, there’s a lot of shopping, restaurants, and architecture, too.”

“This is a new gallery of emerging artists. I think they are the future, showing a lot of their art on their website. Also what sets them apart from the other galleries mentioned is that their prices are very accessible, making this a great place for beginner collectors.” 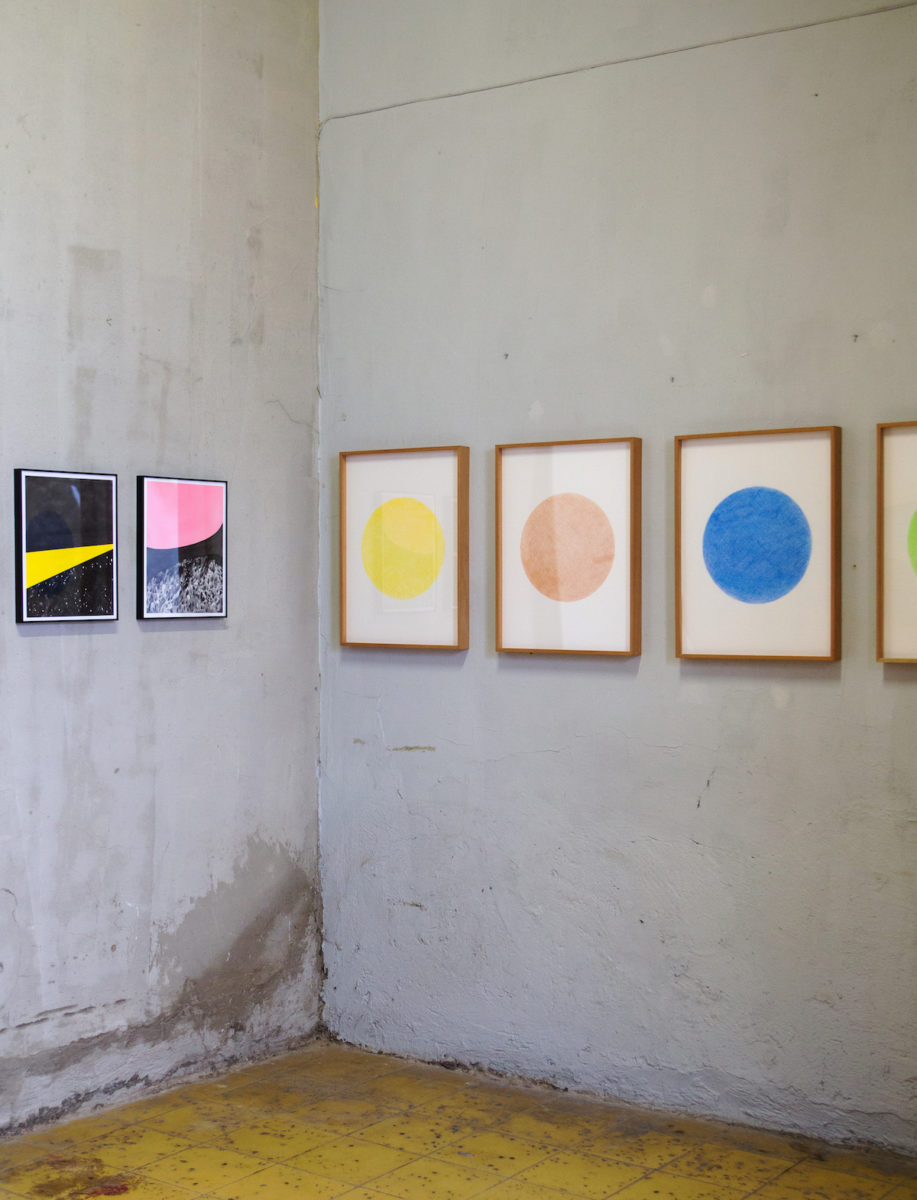 “Even if you only have four hours to visit Guadalajara, do not miss the Cabañas. It used to be a hospital and orphanage, but now it’s a museum and the only UNESCO World Heritage site in the city. First, it’s a 200-year-old building, so it’s worth seeing for that alone. But then of course there are the amazing murals by José Clemente Orozco, the famous 20th Century Mexican muralist who was from Jalisco. I recommend taking a guided tour, otherwise you will miss a lot, as far as the stories and techniques are concerned. Aside from Orozco’s works, there are always other exhibits to see—some classic, and some contemporary—on rotation. Nearby you’ll also find the Mercado San Juan de Dios, also known as ‘Libertad,’ which is the biggest covered market in Latin America.” 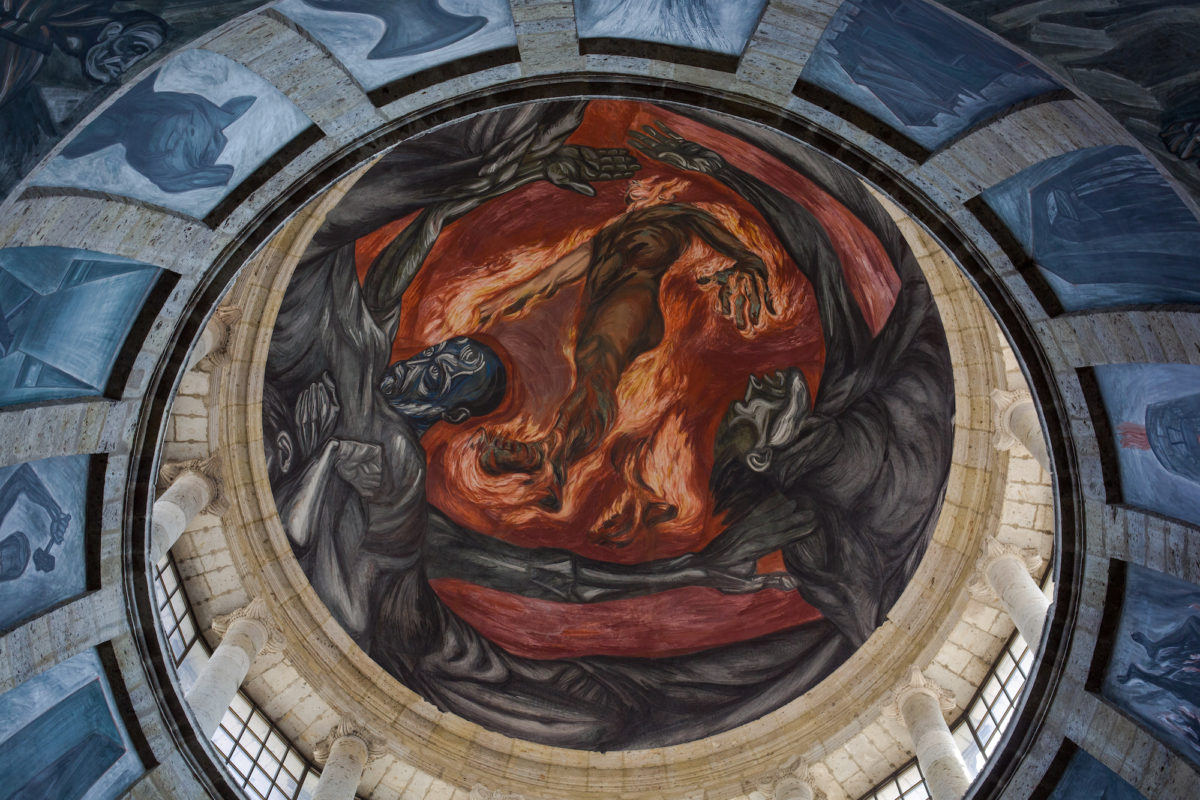 “Man of Fire” by José Clemente Orozco on the ceiling at Hospicio Cabañas. Photo by Jessica Pons.

“The MUSA, which is actually the Museum de las Artes Universidad de Guadalajara, belongs to the University, which means it always has quality exhibits. I try to never miss their shows. The curatorial aesthetic, which blends with the space, is beautiful here. They also have some more of Clemente Orozco’s murals in the ‘paranfino,’ one of their lecture rooms.”

“Many people who come to visit Guadalajara will also travel to the town of Tequila (known as pueblo magico), which is about 40 miles (45 minutes) away. Here, be sure to not miss this amazing museum; it is dedicated to promoting different expressions of Mexican art, such as charreria, pre-hispanic techniques, and the art of great masters of Mexican crafts, such as Manuel Felguerez. Besides, the town is beautiful, and the tequila goes without saying.”