Connecting to Past (and Present) in the Ancient Sacred Valley

Each Mountain Lodges of Peru property is decorated with the help of Andres Adasme, an architect, astronomer, artist, and mountain guide who lives in Cusco.
DispatchEmma Glassman-Hughes

When traveling to Peru’s Sacred Valley, history will inevitably be on the brain. Everything’s ancient, and not just “ancient” in an ironic, cool way. Like, genuinely ancient—from ruins and rock formations to farming techniques still used today at 13,000 feet. Up there, it’s impossible to escape a feeling of being a part of something bigger. But mostly something really, really old. Like, really old.

In spite of this, my first instinct when I was planning for a trip to the region was to get to know what life looks like there today. Modern life in the Sacred Valley not only exists, but it’s accessible to visitors through immersive, locally owned, and socially responsible tour companies like Mountain Lodges of Peru (MLP), which not only housed me on my journey, but planned and led my adventures in Cusco and surrounding areas.

The company is owned and operated by Peruvians—a rarity in these parts, where foreign money often has the upper hand. But MLP sets itself apart from major tour operators in the region in other ways, too, particularly with the belief that visitors to the Sacred Valley should connect not only with the ancient history, but with the people who currently live there. One of our two guides, Andres Adasme, put it this way: With MLP, “it’s not just hiking. You can do that anywhere. It’s about forming a connection with this living ancient community.” 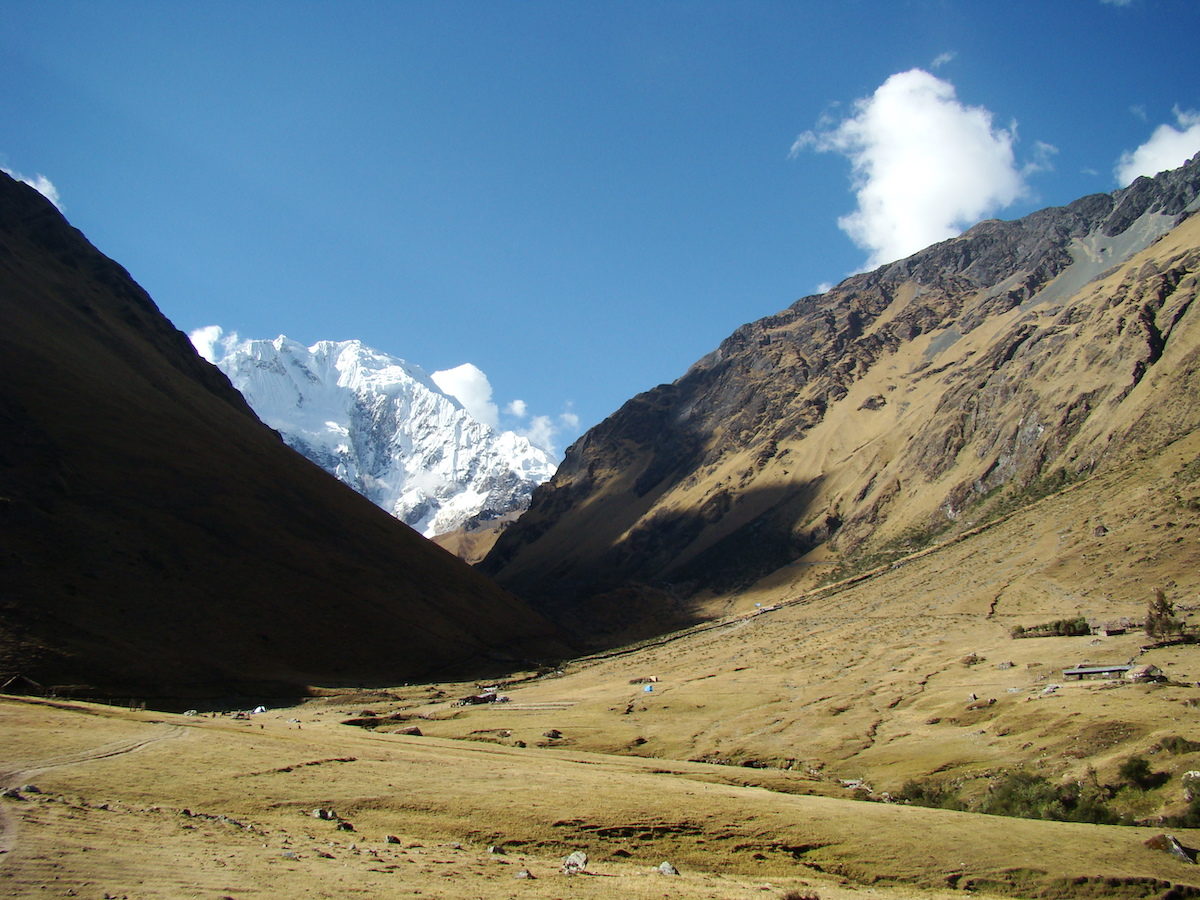 Treks in the Sacred Valley are notoriously tough for novice hikers (like myself) who haven't spent much time in high altitudes. Our highest point was roughly 13,000 feet, visiting the Viacha community.

After one day with MLP, I got to see this philosophy in action. We started at El Retablo, one of their three lodges in the city of Cusco, and subsequently spent hours winding along mountain roads, scouring the Pisac market for fresh fruit, bopping around ruins, and ascending to 13,000 feet to join members of the Viacha community, who had cooked us a pachamanca (a delicacy that literally means “earth pot” in Quechua) featuring guinea pig and eight (of roughly 800) different varieties of locally grown potatoes. Our day ended soaking in the bubbles of the hot tub at the Lamay Lodge near the Urubamba River.

“Cusco is the navel of Peru, the center. There are a lot of different languages and people here.”

But don’t fret; with MLP, a connection to the ancient and the spiritual is still very much at play. Take Lamay, for example. The 16-room lodge is outfitted with assorted local flea market finds that carry an air of mysticism: Hallways are lined with traditional huacos and other sundry ceramic pieces; mirrors and frames incorporate repurposed beams from an ancient house; the table in the entryway is made from an old door. The lobby mixes the freshness of plants and greenery with the warmth of vintage furniture and tapestries, and the indoor and outdoor fireplaces were designed expressly to promote group hang-outs, especially deep conversations between lodge guests that last well into the night. Herbs and vegetables prepared in the kitchen are grown in the on-site garden, and wellness and yoga retreats are on the horizon. Every detail is intentional, engineered to foster spirituality and greater connectedness. 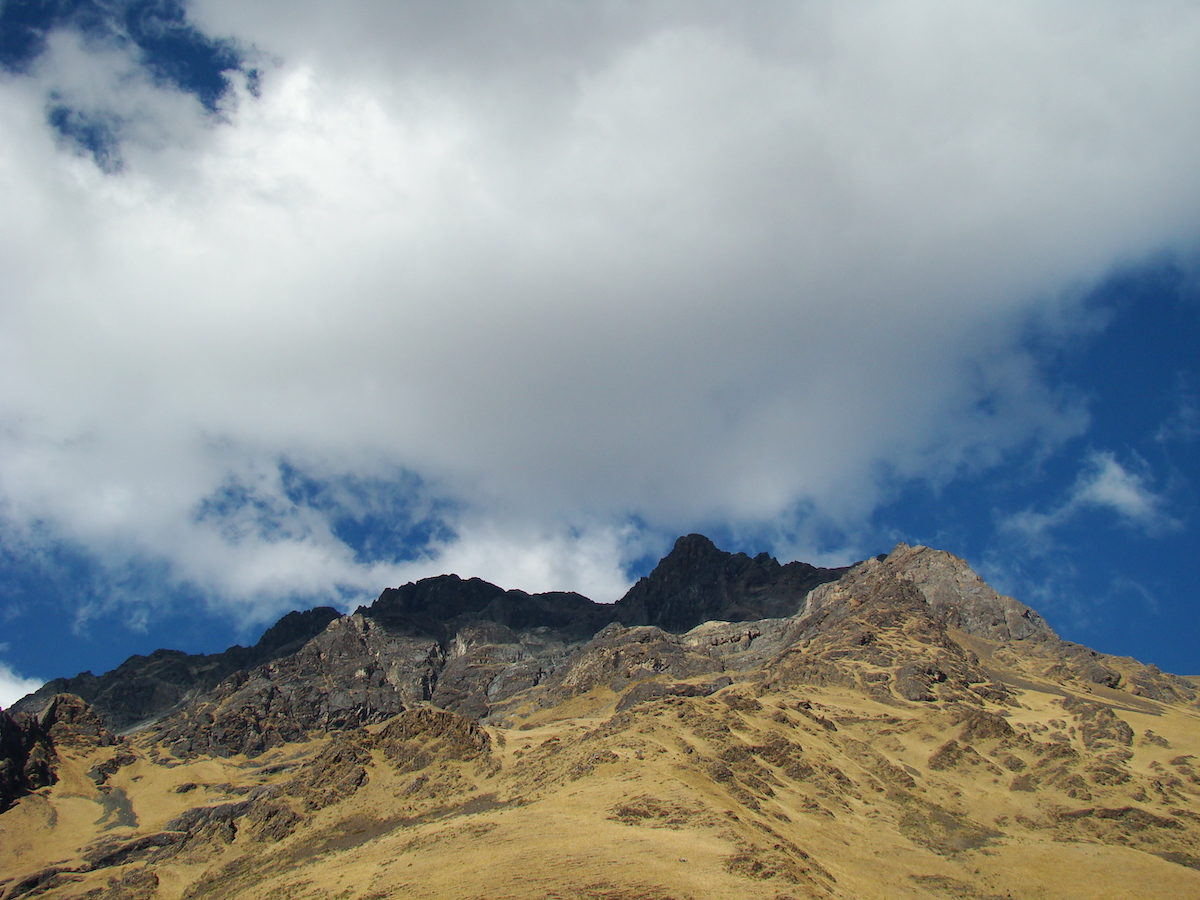 In the Sacred Valley.

The lodges were designed and decorated with the hands-on insight of Chilean-born Adasme—a mountain guide, yes, but also an architect, astronomer, and artist who came to Cusco for architecture school and never looked back. The man is full of information, continuously spouting off facts, like how the name “Cusco” comes from the Quechua word “qosqo,” which means “belly button.” “Cusco is the navel of Peru, the center. There are a lot of different languages and people here,” he said.

When you’re in Cusco, you don’t nap—you hit the trails.

Cusco is fast becoming a center of Peru’s art scene, too, thanks in part to MLP and its affiliates. In Cusco proper, MLP has continued expanding their offerings, opening X.O Art House in the arts district of San Blas in late 2018. Styled like a bed-and-breakfast, Art House features the works of a different artist in each of its seven rooms as an homage to the growing arts community in this part of Peru. Bernice Díaz, Adasme’s ex-wife, is an advisor on the project, and is one of the women working tirelessly across platforms and mediums to bring local artists to the attention of tourists and local people alike. One of her ongoing projects, Totémiq, engages women artists who incorporate the ancient wisdom of their ancestors into unmistakably modern works of fine art that are thoroughly unique and thoroughly Peruvian.

The day after that blissful garden-hot tub session at Lamay Lodge, it was finally time to set out for Machu Picchu. My guides gave me the option to sleep an extra couple of hours or get up early for a hike in the town of Ollantaytambo before the main event. I chose the hike. (My dizzy, altitude-distressed body had its misgivings, but ultimately, when you’re in Cusco, you don’t nap—you hit the trails.) By the time we actually made it to Aguas Calientes, the adrenaline rush of seeing the ruins in person eclipsed the exhaustion that had been creeping in on the train-to-bus-to-steep-climb required to actually get there. I spent the rest of the day sitting in the grass, clambering around the structures, and learning from the guides about the history of the site and its significance today, perfectly marrying the past and the present in a part of the world where the two truly live in harmony.

It began to rain, and a rainbow appeared between two mountain peaks off to our right. Our raincoats did very little in the way of keeping us dry, but I can’t say any of us minded.

A version of this article originally appeared in Here Magazine issue 08.