Where to Travel Based on Your Favorite Emmy-Nominated TV Show

It’s a great thing when a television show can actually inspire you to get off the couch. In the last year, Game of Thrones and Chernobyl have both sparked travel trends to less-considered places like Dubrovnik and, well, Reactor 4. Below, the best places to travel based on your favorite Emmy-nominated shows. 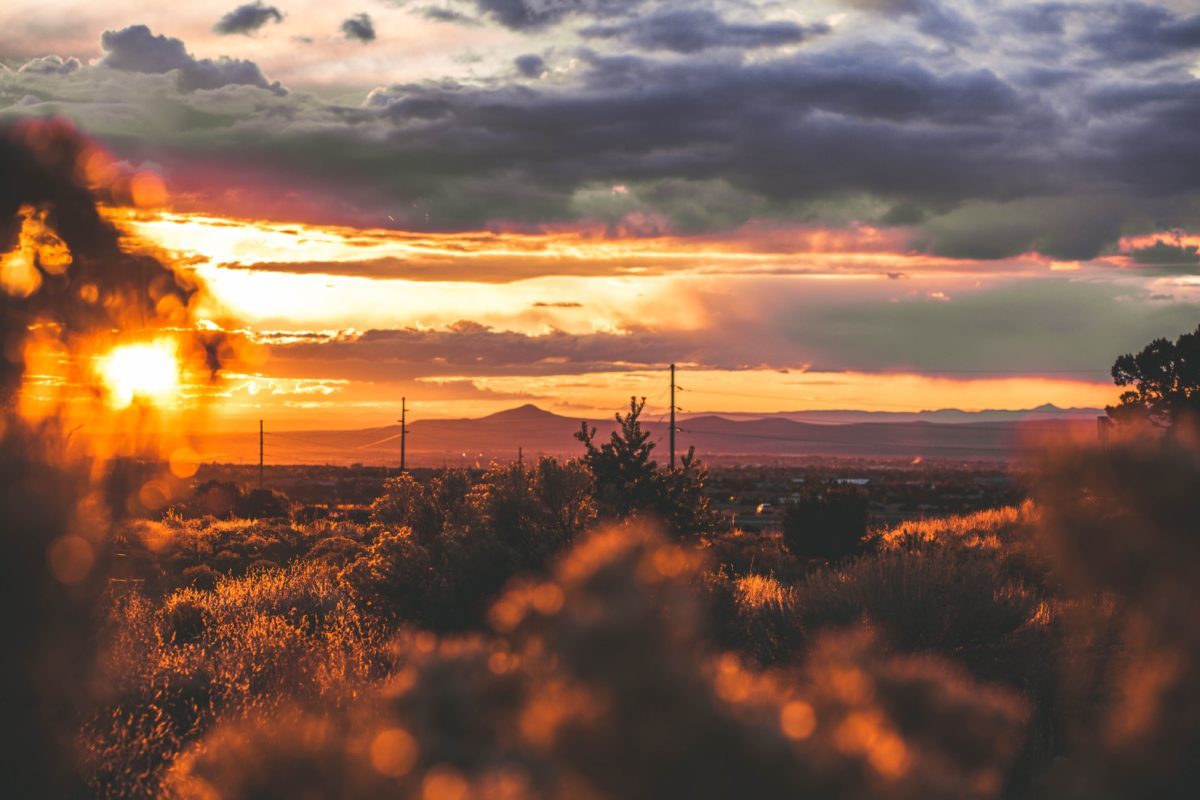 After the wild stories Better Call Saul brought to Albuquerque, we think we'll check out nearby Santa Fe, instead.

Admittedly, this show doesn’t do much to sell its actual filming location of Albuquerque, but nearby Sante Fe is a true dream travel destination. Check out Ten Thousand Waves and Ojo Caliente to…detox. 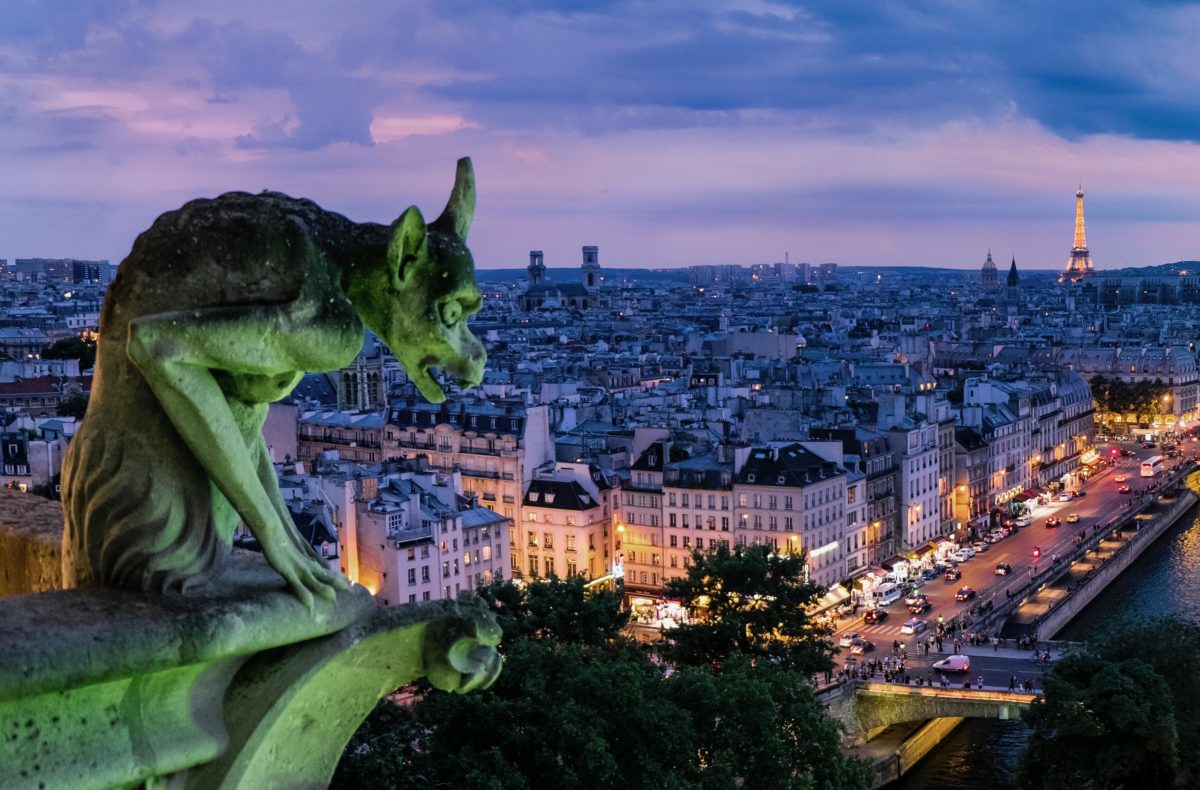 Paris, France: Because even TV villains need to look fabulous.

Though Villanelle is a ruthless murderer, she’s also quite chic. She’d hang out in Oberkampf, where all of Paris’s trending restaurants are, like Septime and Bistrot Paul Bert, and the 1st Arrondissement, where there’s bougie designer shopping. 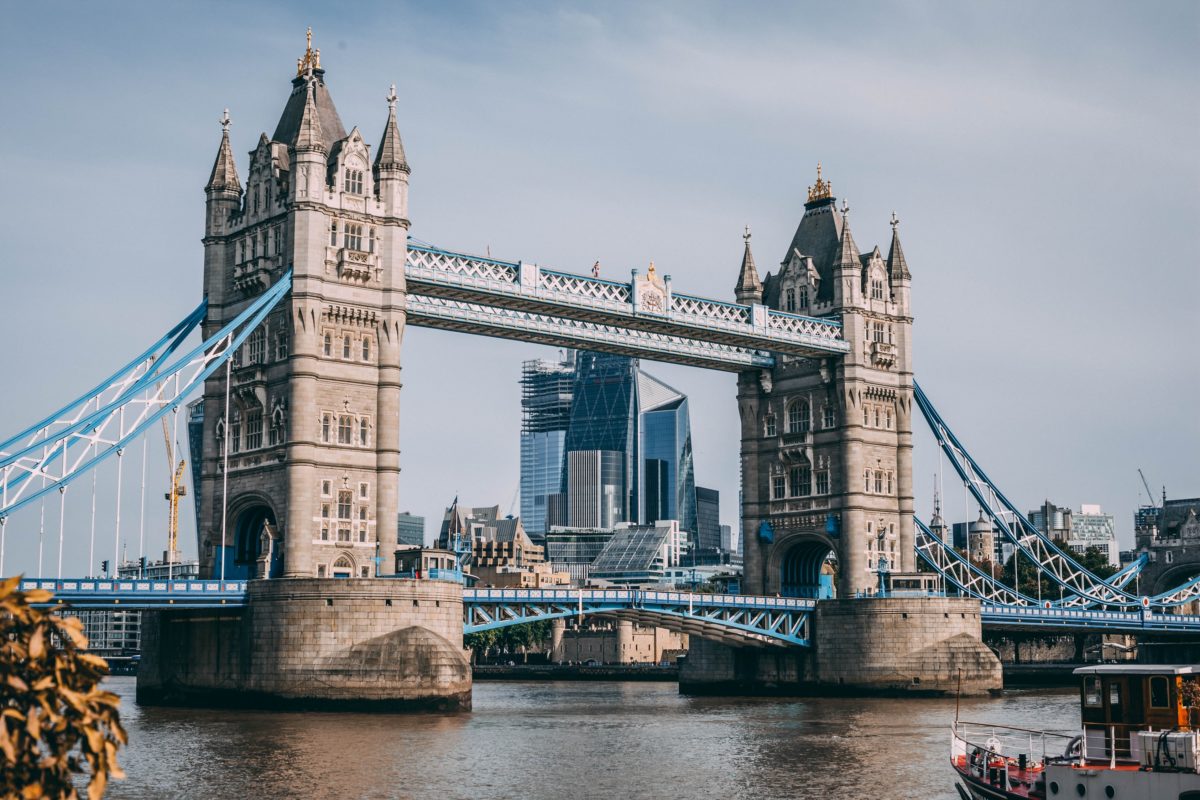 Head to London for more than high tea and tongue-in-cheek humor. Photo by Charles Postiaux.

While you can’t visit Fleabag’s Guinea Pig Cafe, you can be a depraved lady about town. Check out Cuntemporary in East London for your feminist art fix, and then eye-fuck a stranger on the tube. Then tour a handful of London’s many cathedrals in search of your Hot Priest. 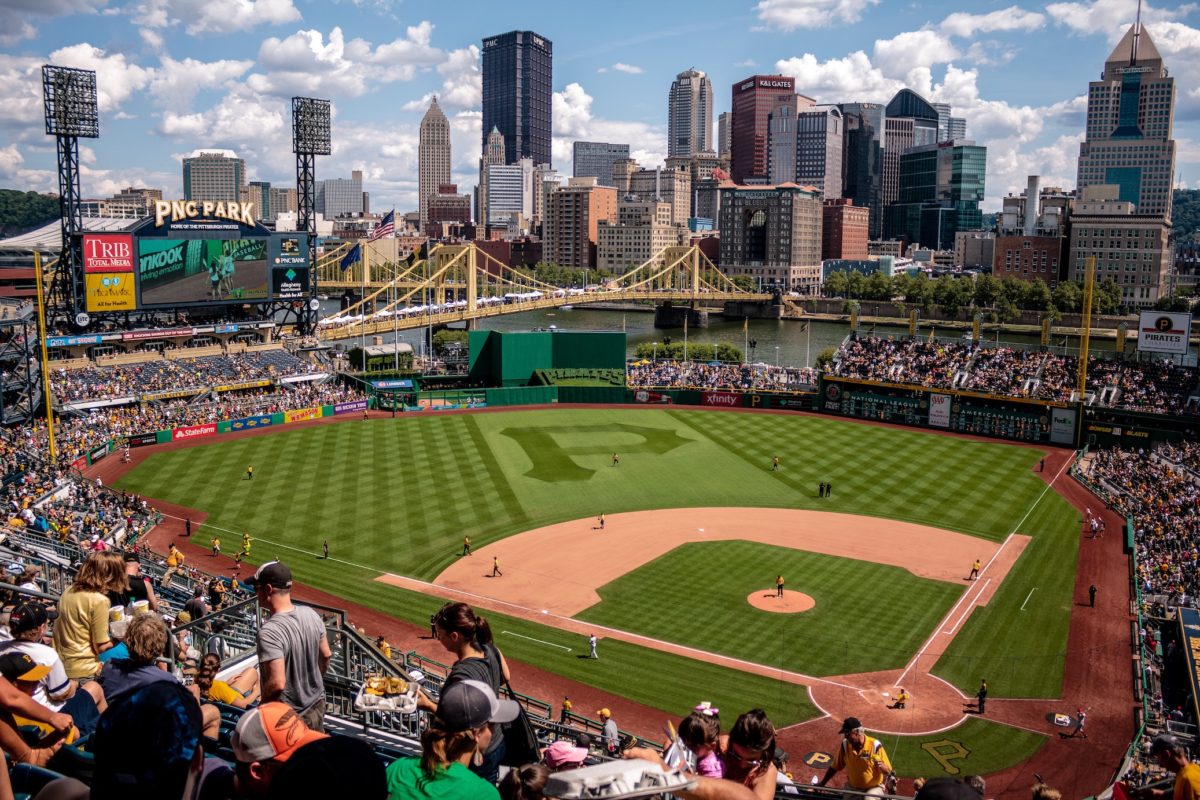 When you need a breather from sobbing over This Is Us, hit PNC Park for a distracting ballgame!

This Is Us: Pittsburgh, Pennsylvania
Pittsburgh is for lovers. I don’t know if that’s a real saying, but it feels right given Mandy Moore and Milo Ventimiglia’s on-screen chemistry. See a ballgame at PNC Park—it’s cheap and the Pirates suck, but it’s one of the prettiest views of the rivers and city from the nosebleeds. Visit the Mattress Factory and Warhol Museum for a contemporary/post-war art fix. Lawrenceville and Bloomfield are the hip hoods to dine and shop in. May we all find the Jack to our Rebecca. 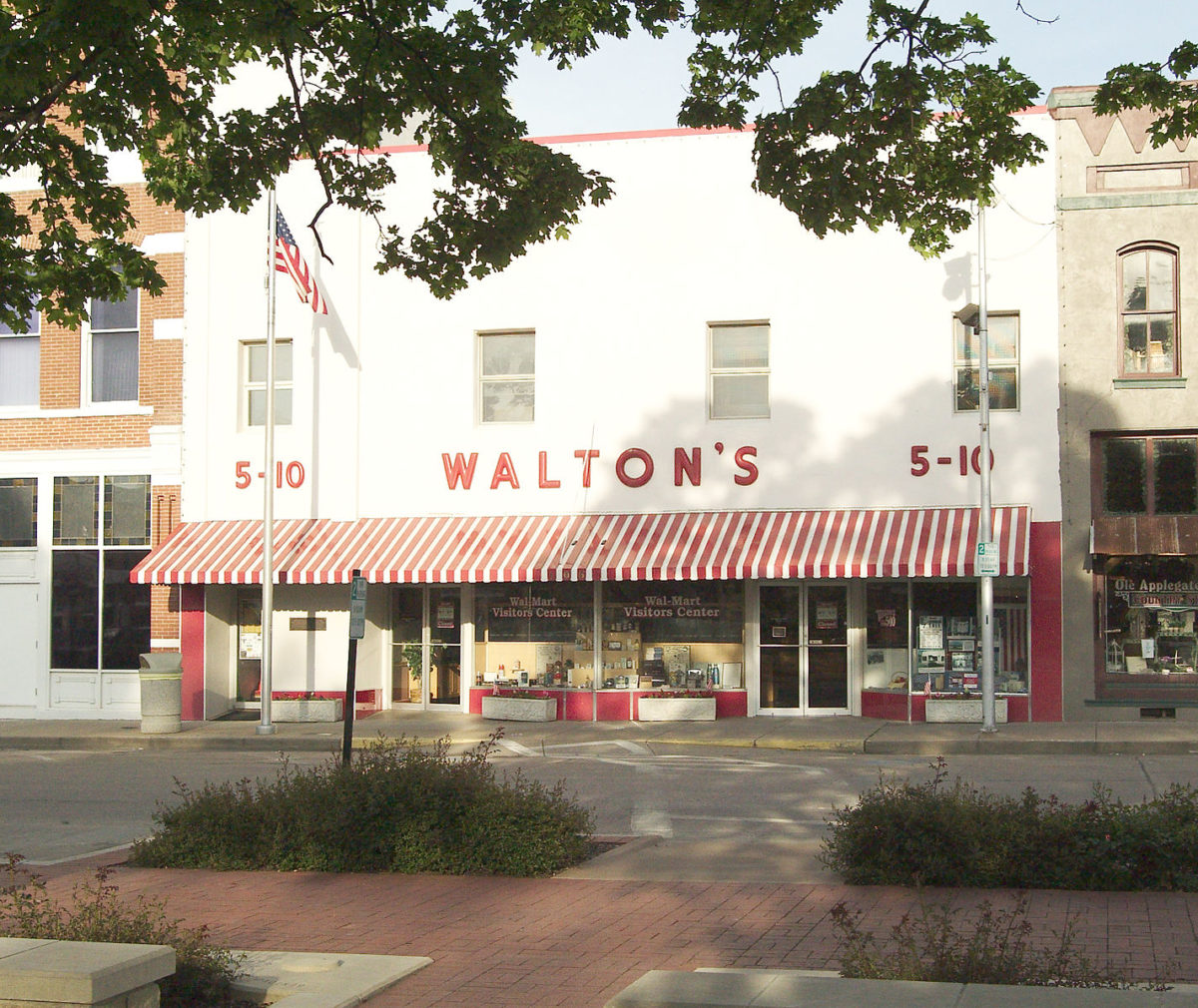 Take a break from your secret double life in The Ozarks and kick back in Bentonville, Arkansas.

Boasting a longer stretch of shoreline than California’s coast, there’s plenty of untapped potential in The Ozarks—and you don’t necessarily have to be lakeside (or in the illegal drug market) to enjoy it. Nearby Bentonville boasts the Crystal Bridges Museum of American Art and a 21C Hotel. Try the Tusk & Trotter American Brasserie for locally-sourced gastro-fare and The Preacher’s Son for “New American” in a refurbished Gothic church setting. 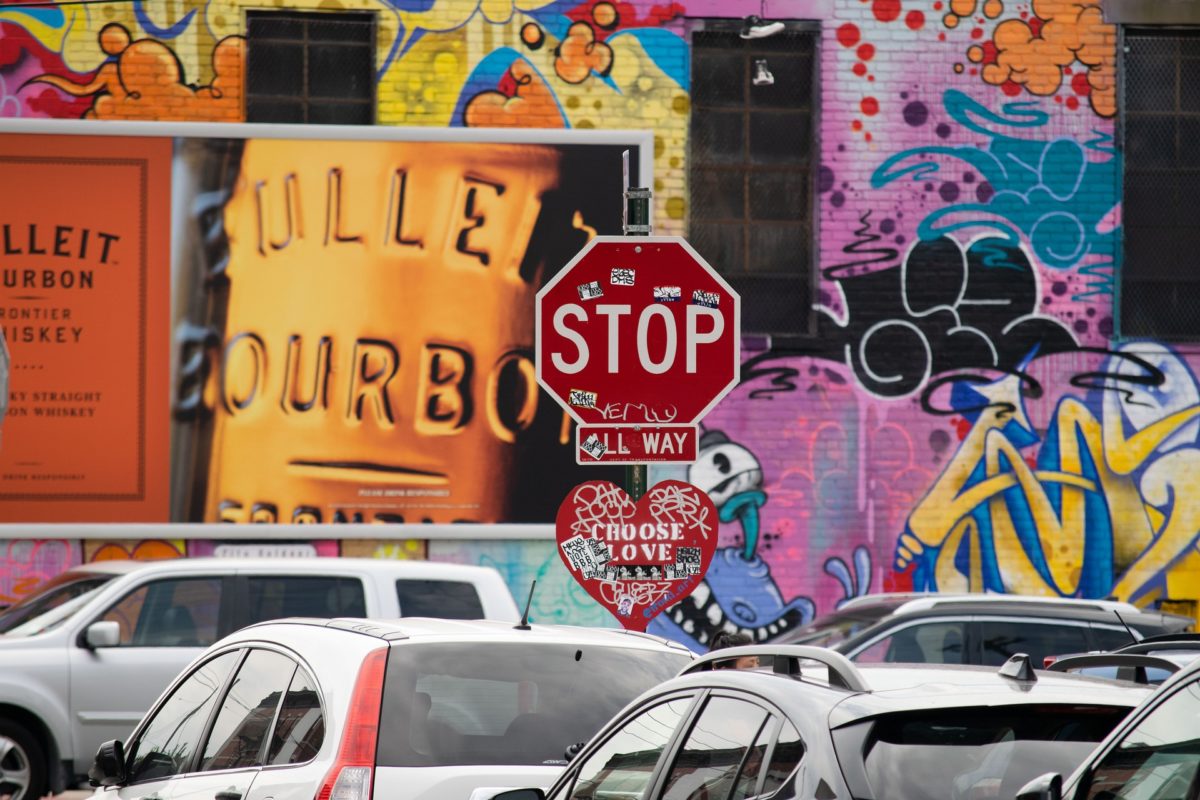 Bushwick, Brooklyn—home to incredible graffiti and even better nightlife.

Though this show is set in mostly 70s downtown Manhattan, today’s current gender-queer friendly nightlife is in Bushwick, with places like House of Yes, Boobie Trap, and those elusive but frequent warehouse parties (ask around). 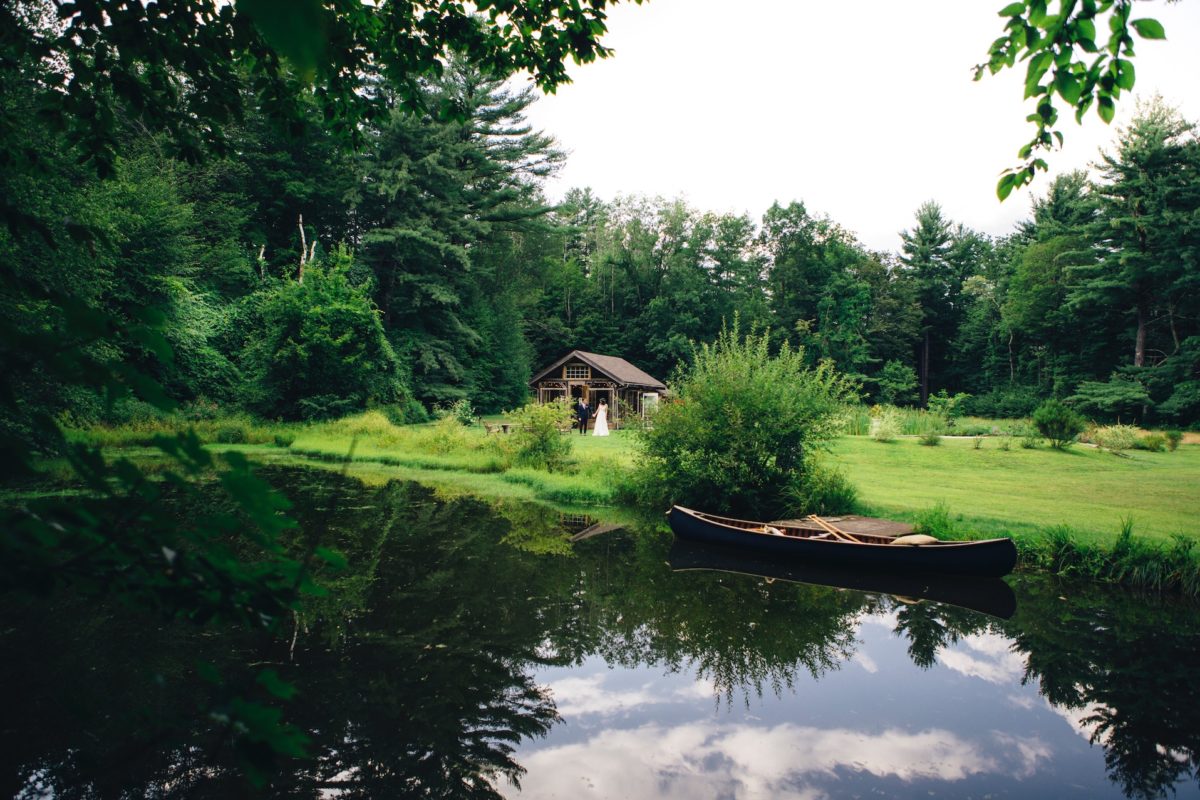 Marvelous Mrs. Maisel: The Catskills, New York  Though much of this show’s excitement revolves around New York’s downtown comedy scene, I can’t in good conscience recommend an amateur comedy night out in Manhattan. Instead, take inspiration from Season 2 and head to the Catskills for a relaxing, nature-filled getaway at the Eastwind Hotel. Though the organized festivities reflected in the show are fewer and further between, there are also cool things to do in the towns of Kingston and Woodstock, New York. 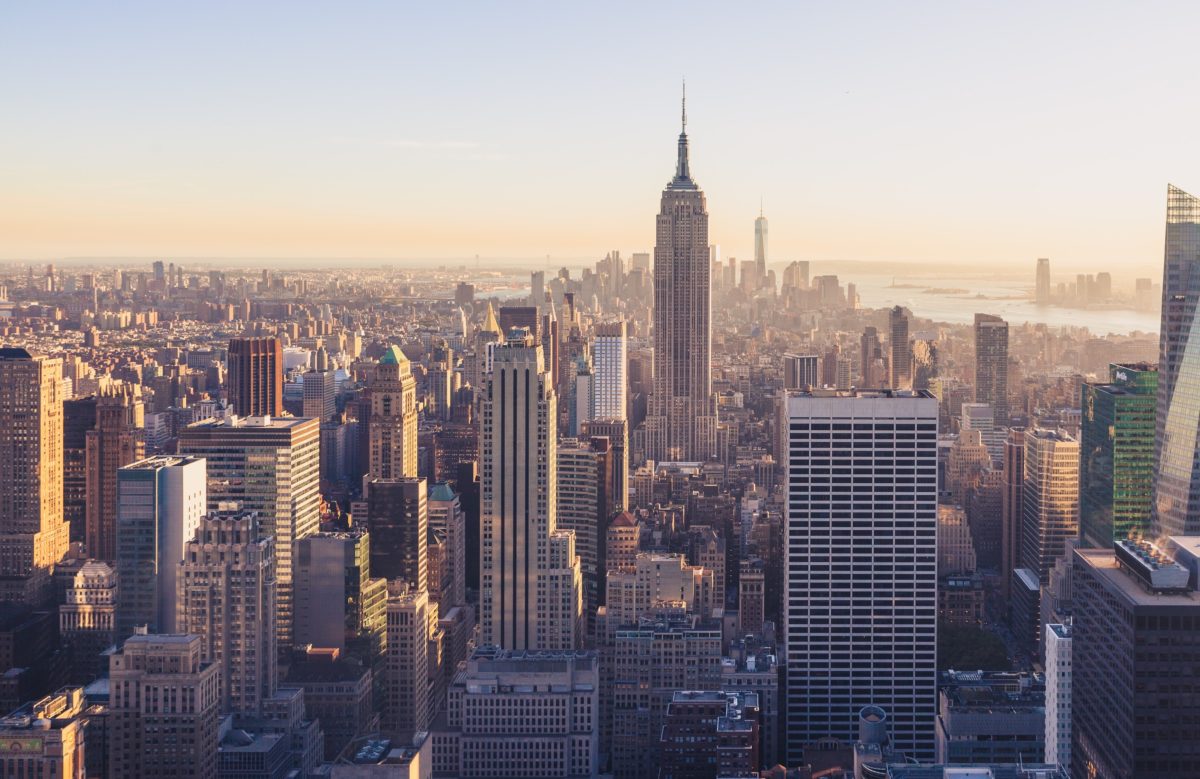 If you're looking to get bougie, there are few places better to visit than NYC's Upper East Side.

My idea for a bougie and brooding UES trip would include dinner at the subterranean Flora Bar at the Met Brauer (they have good food and an extensive natural wine list). Then I’d make my way to a hotel bar—The Plaza or Bemelmen’s will do—and down martinis until I believe I’m the actual heiress of a multibillion-dollar multimedia conglomerate. 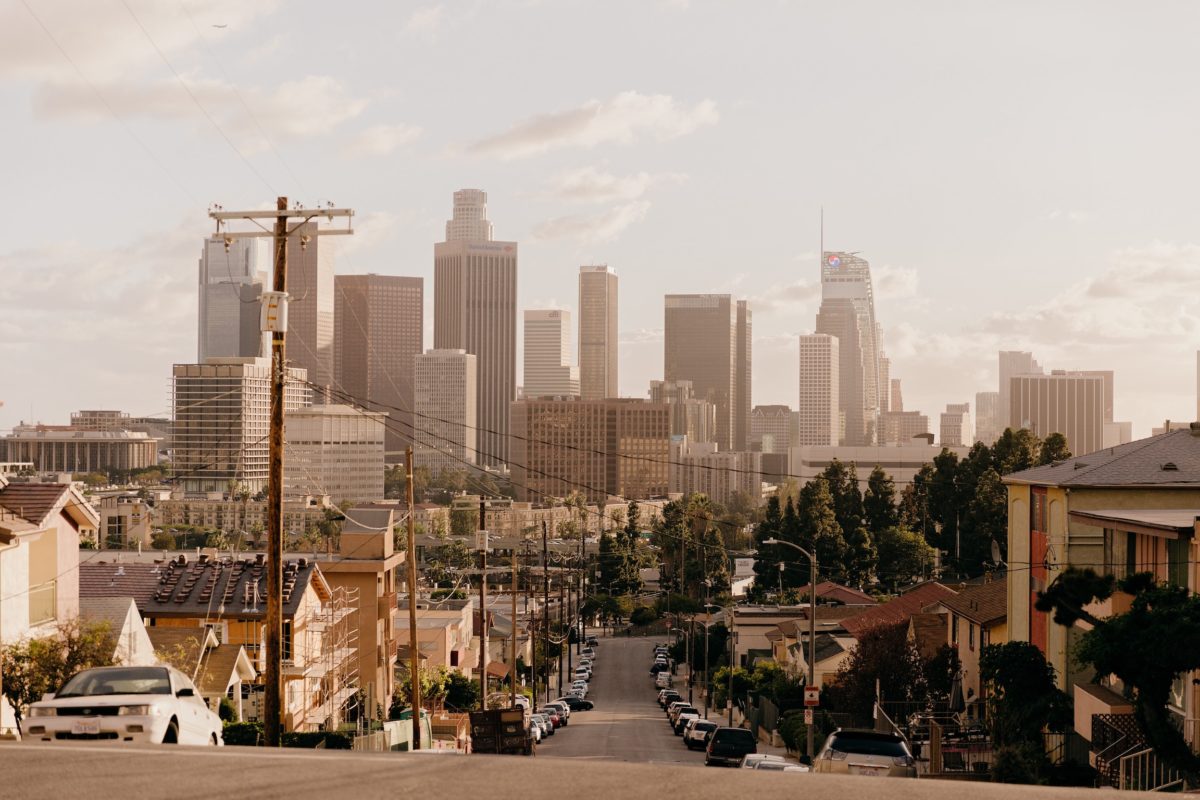 All kinds of characters flock to Downtown LA. (Hopefully, none of them are out to get you.)

The striving creatives of LA are flocking to the city’s downtown area, and hopefully none of them have been assigned to murder you. Either way, you can find refuge in the neighborhood’s artisanal bakeries, used bookstores, and the recently-opened Firehouse Hotel. 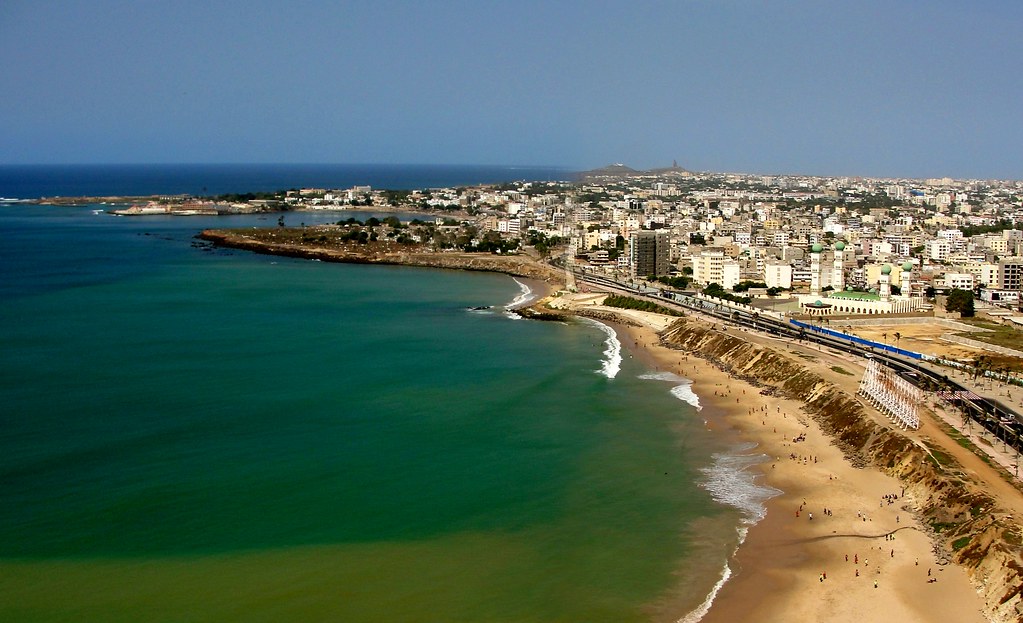 Dakar, Senegal looks like a pretty Good Place to us. Photo by Jeff Ataway.

We can neither confirm nor deny the existence of an actual Good Place, but Chidi, Kristen Bell’s love interest on the show, was from Senegal before his untimely death. And with Kehinde Wiley opening up an artist residency program in Dakar, the city has been buzzing. Check out the Market Soumbédioune for a wide variety of local goods, and Chez Fatou for seaside dining. 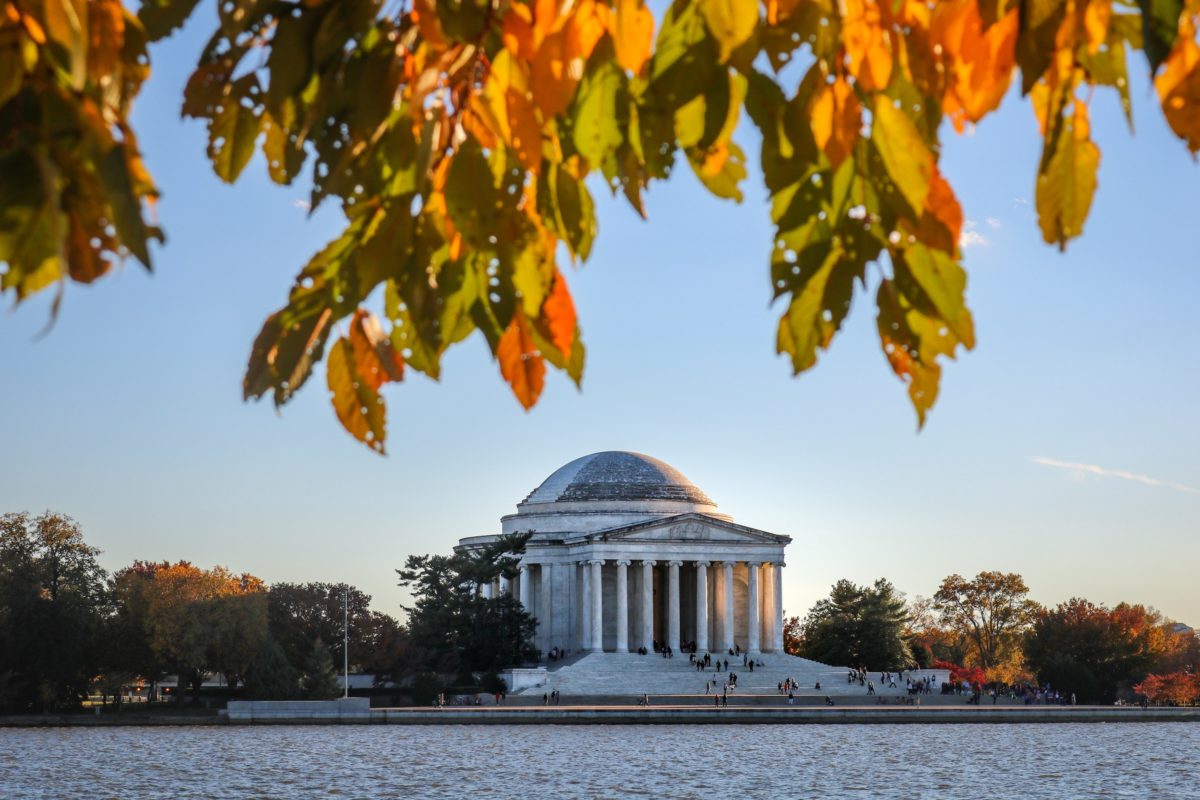 At least Veep, set in Washington D.C., is actually popular with the general public.

Julia Louis-Dreyfus for President. Oops, did we say that out loud? Hang with the cool kids in Adams Morgan, eat at Le Diplomat, and pray that our real-life president can take a hint from your dining choices. Then head to either the National Museum of the American Indian or the African American Museum, not least because they are two of the best institutions on The Mall. 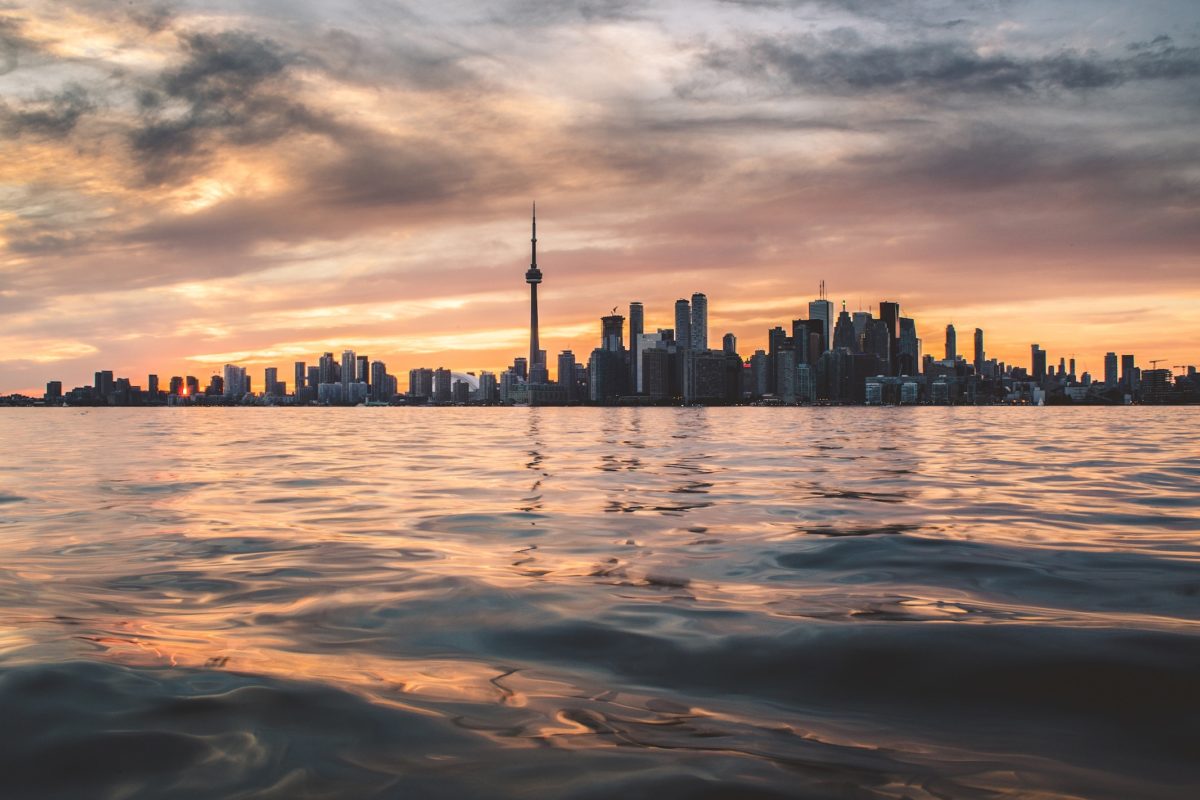 We're not sure where Schitt's Creek really takes place, but we're loving Toronto in the meantime.

Though there’s no official destination assigned to the fictional locale where the highfalutin Rose family is relegated after losing their fortune, the comedy is filmed near Toronto and a proud member of Hollywood’s Canada Does Not Exist tradition. But Canada does exist! And there are some really beautiful places to go there. We at Here Magazine are here to combat Canadian erasure.