The 7 Best Places to Eat in Dublin's Food Capital

The Fumbally cafe in the Dublin 8 neighborhood.
IndexCillian O'Connor

Historically one of the city’s less-developed areas, Dublin 8 is also one of the Irish capital’s most culturally rich. Long before it was officially zoned in 1917, the neighborhood – which stretches westwards from the city center’s south side, taking in the Liberties, historic Kilmainham and the Phoenix Park – has been home to a vibrant community of immigrants, from Huguenot weavers to Jewish bakers.

Today, Dublin 8’s creative, multicultural past is most clearly reflected in its food–at once distinctly Irish and excitingly diverse. From Michelin Bib Gourmands to fiercely independent cafés, one of the city’s most blighted areas has rapidly transformed into its culinary mecca. These are the places you can’t afford to miss. 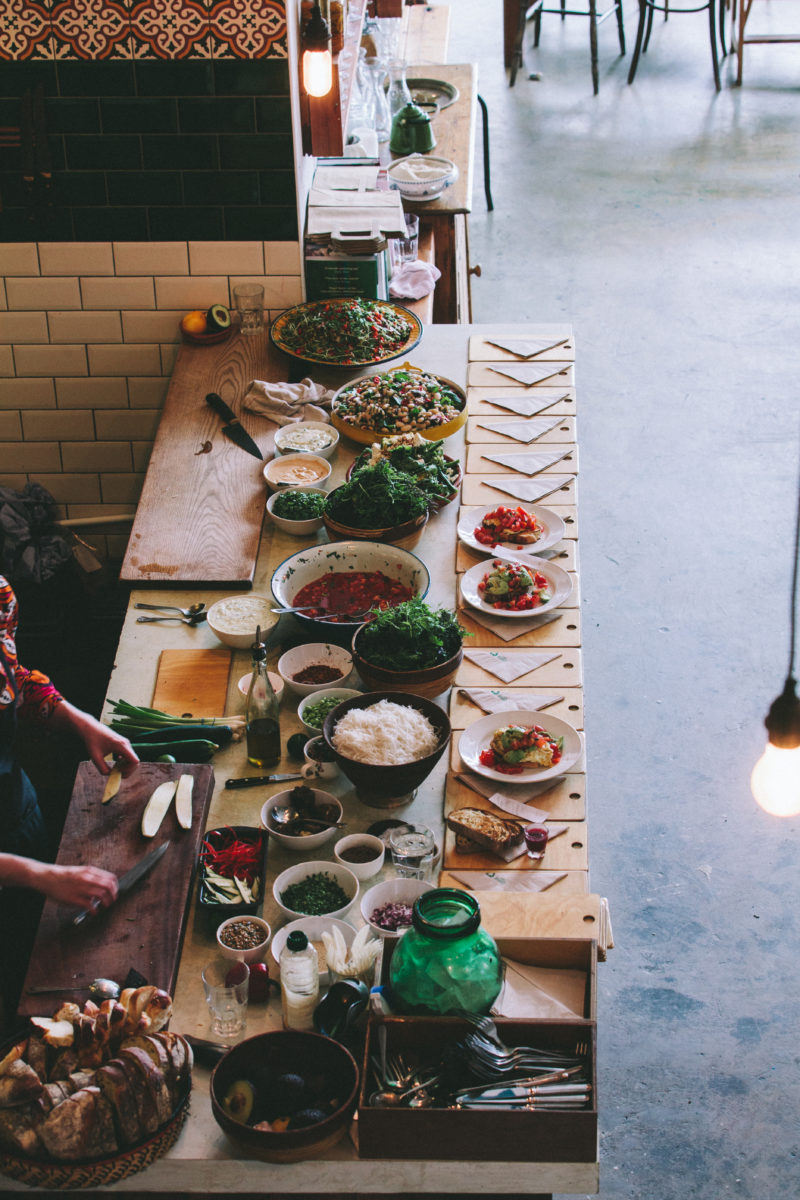 Dublin 8’s original brunch spot, Bibi’s is one of the major players behind the area’s key change in cuisine, having first opened its doors in 2010. Back then, it was an unassuming bolthole that only sat a handful and served the best chocolate brownies in town. Today, it’s bigger, better, and bustling with diners in search of brother-sister duo Maisha and Geoff Lenehan’s masterful blend of classic and contemporary brunch fare. Need hangover-alleviating eggs? Hotfoot it here.

Housed in a Celtic Tiger casualty, the Fumbally is emblematic of the ingenuity inspired by Ireland’s late-noughties economic downturn. Here, behind the bare walls of what was probably fated to be yet another office building, beats the heart of Dublin 8’s food renaissance. As well as its pared-down, lovingly prepared lunch service (I recommend the falafel served alongside a selection of the day’s fresh salads), The Fumbally also runs a weekly BYOB supper club. Every Wednesday, proprietors Aisling Rogerson and Luca D’Alfonso invite a different Fumbally chef to get experimental with whatever’s left to hand from stock sourced from their Irish artisan producers, resulting in an unforgettably unique meal each time. 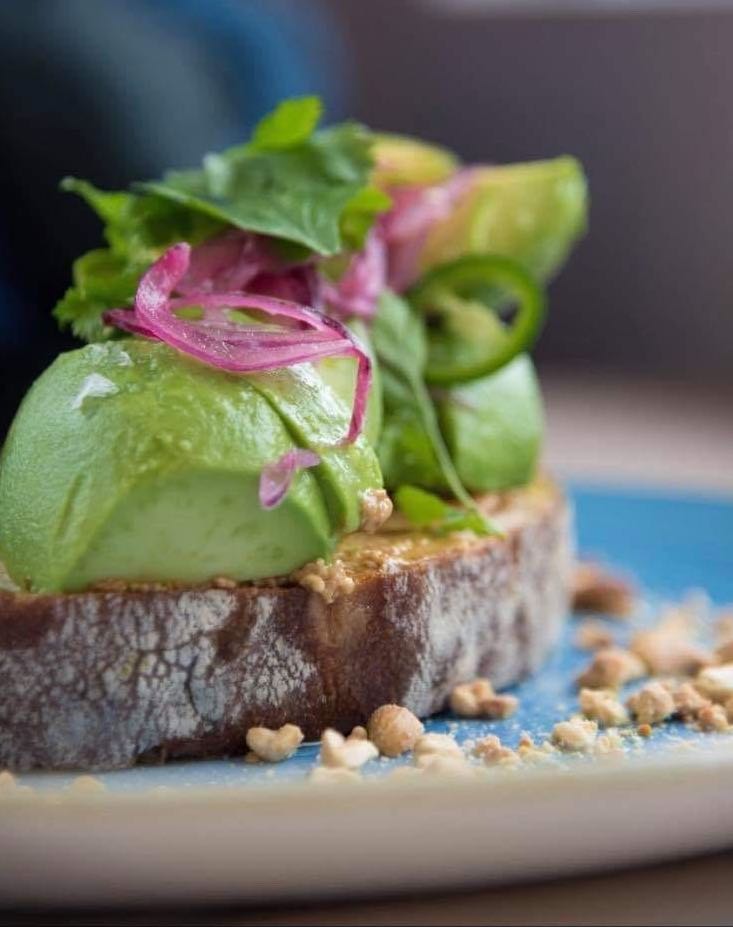 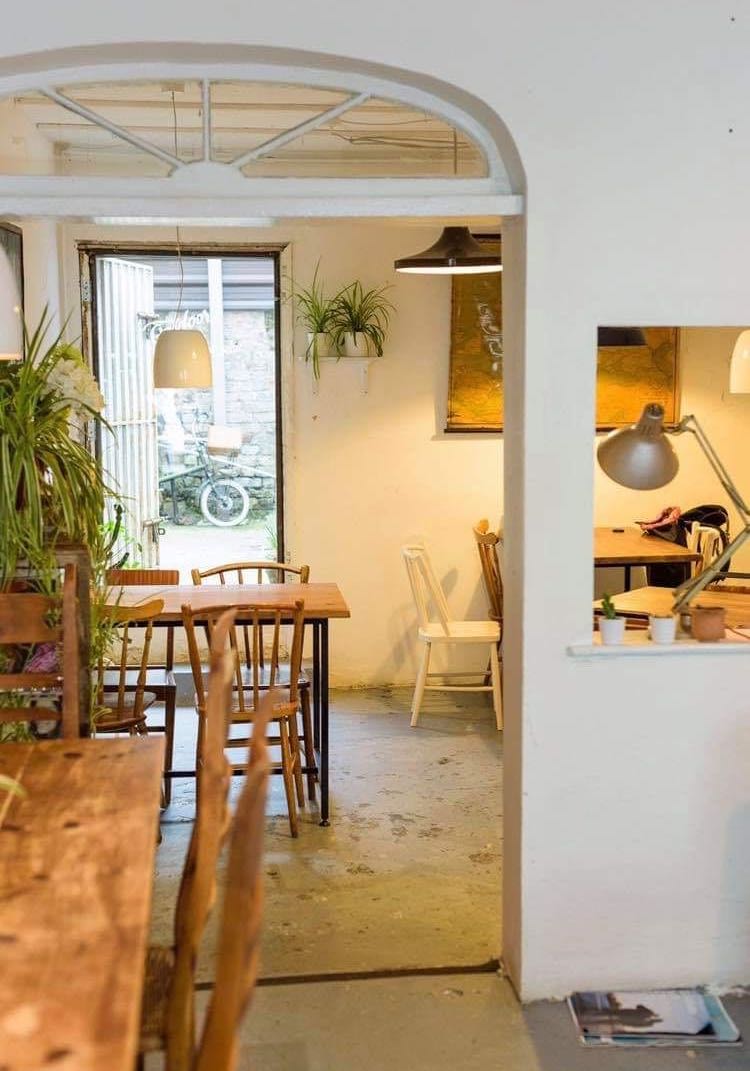 Having shed its Starbucks-inspired café culture of big cups and bad coffee, Dublin is waking up to a new way of brewing things. Leading the renaissance is Two Pups, a café on Francis Street that, in addition to homemade dahls and some of the city’s finest baked goods, also serves up specialty coffee from local roasters 3FE. Whether you’re an Ethiopian enthusiast or a Pervuian nut, there’s a blend here for you. If you do pop in for a coffee, don’t leave without picking up a jar of White Mausu’s peanut rayu, too. Made locally, this spicy Asian-inspired pantry essential has got Dubliners all fired up.

The jewel in Dublin 8’s culinary crown, Bastible is largely responsible for the neighborhood’s reputation not just as a destination for good coffee and local fare, but one for fine dining too. A Michelin guide regular since 2017, this cozy 40-seater restaurant is frequently packed to the rafters with diners eager to experience chef Barry Fitzgerald’s elevated take on the gastronomic adventurousness Dublin 8 has become a byword for. On the menu when I visited were celeriac tacos filled with soft-shell crab, avocado, cabbage, and capers along with a tangy-sweet rhubarb cheesecake with soft stem ginger ice cream. Not to be missed.

Spitting distance from Bastible is sister restaurant Clanbrassil House. Helmed by ex-Bastible chef Gráinne O’Keefe, the concept at this fellow Michelin Bib Gourmand holder is simple: a concise sharing menu geared around dishes cooked on a charcoal grill. From hash brown chips and pickled onion mayonnaise to homemade sausage, potato purée and charred greens, it’s a refined yet distinctly unfussy affair that, although it owes a debt to Bastible, is altogether more rustic. It also (the greedier among us will be pleased to know) offers slightly heartier portions than its forebear. 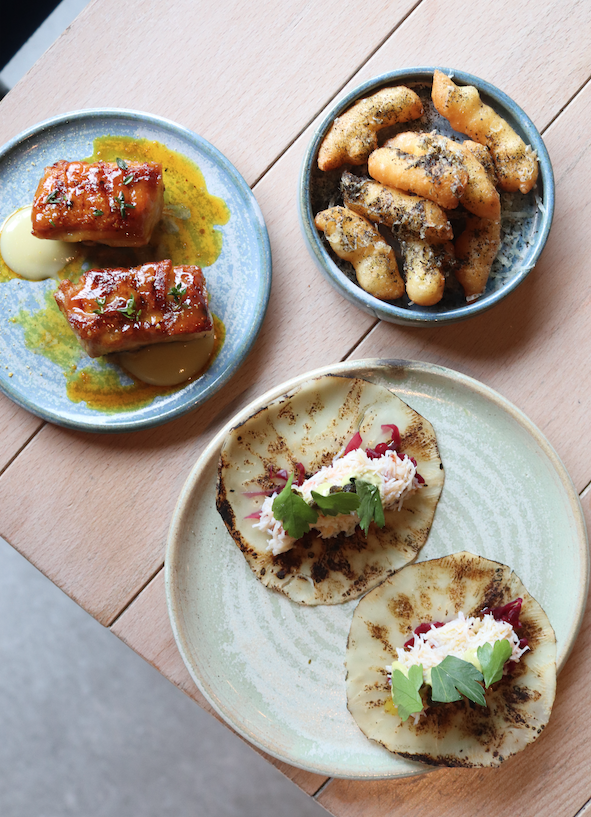 It’s easy to miss Assassination Custard, but you really should try not to. Situated on the corner of Kevin Street and New Bride Street, this tiny two-table establishment is more an eating house than a restaurant, with little more than a painted window advertising the delights that hide inside. Run by husband-and-wife duo Ken Doherty and Gwen McGrath, it’s one of Dublin’s best places to eat right now with a changing menu that makes the most of Irish produce–think homemade piccalilli, Italian-inspired dandelions, and fava beans along with intensely savory sautéed kid heart and sweetbreads. Sustainable never tasted so good.

Opened in early 2019, Variety Jones is one of the most recent additions to Dublin 8’s food map. It’s also, with some of the restaurant’s dishes cooked over an open hearth, one of its most excitingly creative. Which is fitting, given its location on Thomas Street is just a stone’s throw from Ireland’s National College of Art and Design. Here, chef Keelan Higgs presides over a menu he describes as “modern Irish,” sharing plates that range from Flaggy Shore oysters in a Vietnamese dressing to hearth-grilled vegetables with barley and goat’s curd to rhubarb and almond cake with cultured cream. Hungry? Get booking. This is one of the hottest tickets in town.