Mapate Diop is the co-founder of the Detroit-based DIOP, an independent clothing brand for modern, African-inspired styles. As a child, Diop’s mother frequently brought back rolls of brightly colored Ankara prints from her travels to Nigeria, and through his company now hopes to connect his heritage to his contemporary lifestyle.

Detroit is the perfect place to establish such a business, he claims.

“There’s a very resolute optimism here,” says Diop. “What happens in Detroit  has historically helped shape the world we live in—whether it’s the car you drive, the records you listen to, and perhaps (if I may) some of the rights you enjoy—and that sense of purpose continues today.”

In addition to pushing diaspora-inspired streetwear into the spotlight, Diop is an avid evangelist of the city of Detroit. Below, he shares passionately his ideal day in the Motor City–from the best breakfast spot to the museums you can’t miss. 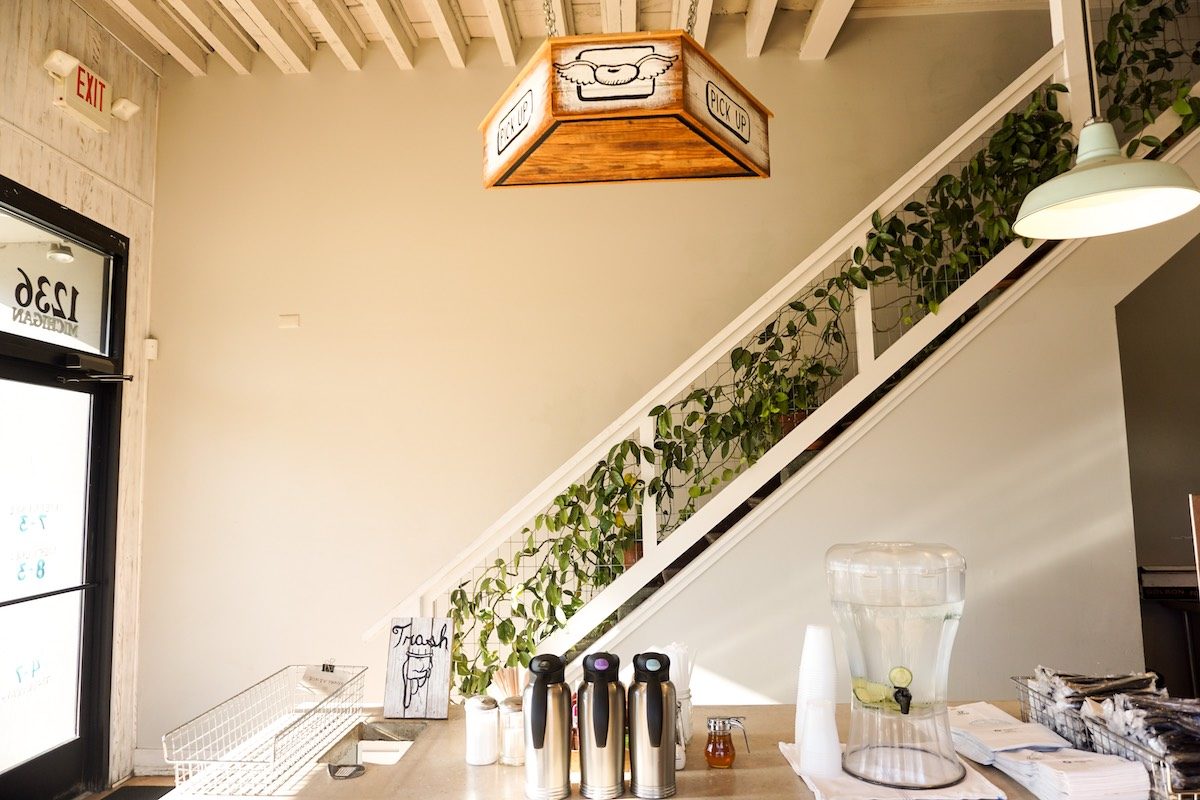 Anthology Coffee is a smooth experience, and they just opened up in a bigger space in Eastern Market, the oldest historic public market in the country. I’d be remiss if I didn’t appreciate my Midtown neighborhood joint, Bikes & Coffee. They’re very reliable and a friendly ear to the community.

For breakfast, The Detroit Institute of Bagels will have you switched on. No matter how long the line is, the service is top notch. I enjoy the DIB griddle (sausage, egg, cheese, Frank’s Red Hot, and maple syrup) on plain, but please go for the rosemary and olive oil bagel if they’re still available. If you’re moving slower, go two blocks over to FOLK and post up with a nice infused milk.

On the other side of town, Rose’s Fine Food is a very well regarded neighborhood diner. I’d recommend the pancakes before a long day of moving around the city. 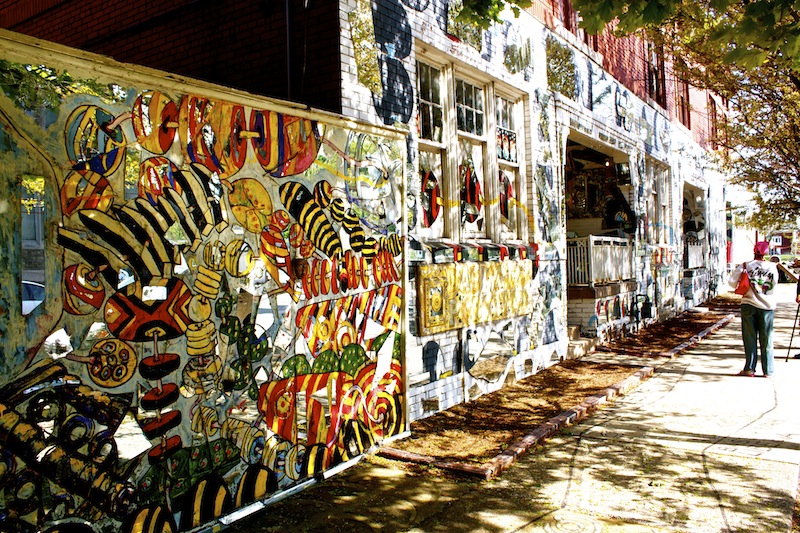 Museums and a Morning Stroll

I get my best ideas while walking around Midtown. If you start down Canfield Ave from Second Street, there’s well-preserved Victorian architecture and foliage. The neighborhood really opens up from there, with independent shops and cafés.

It’s almost unfair just how many world class museums are located in Detroit. One of my favorites is the MBAD African Bead Museum, which has a sculpture garden with 18 installations and a gallery with beads for sale. 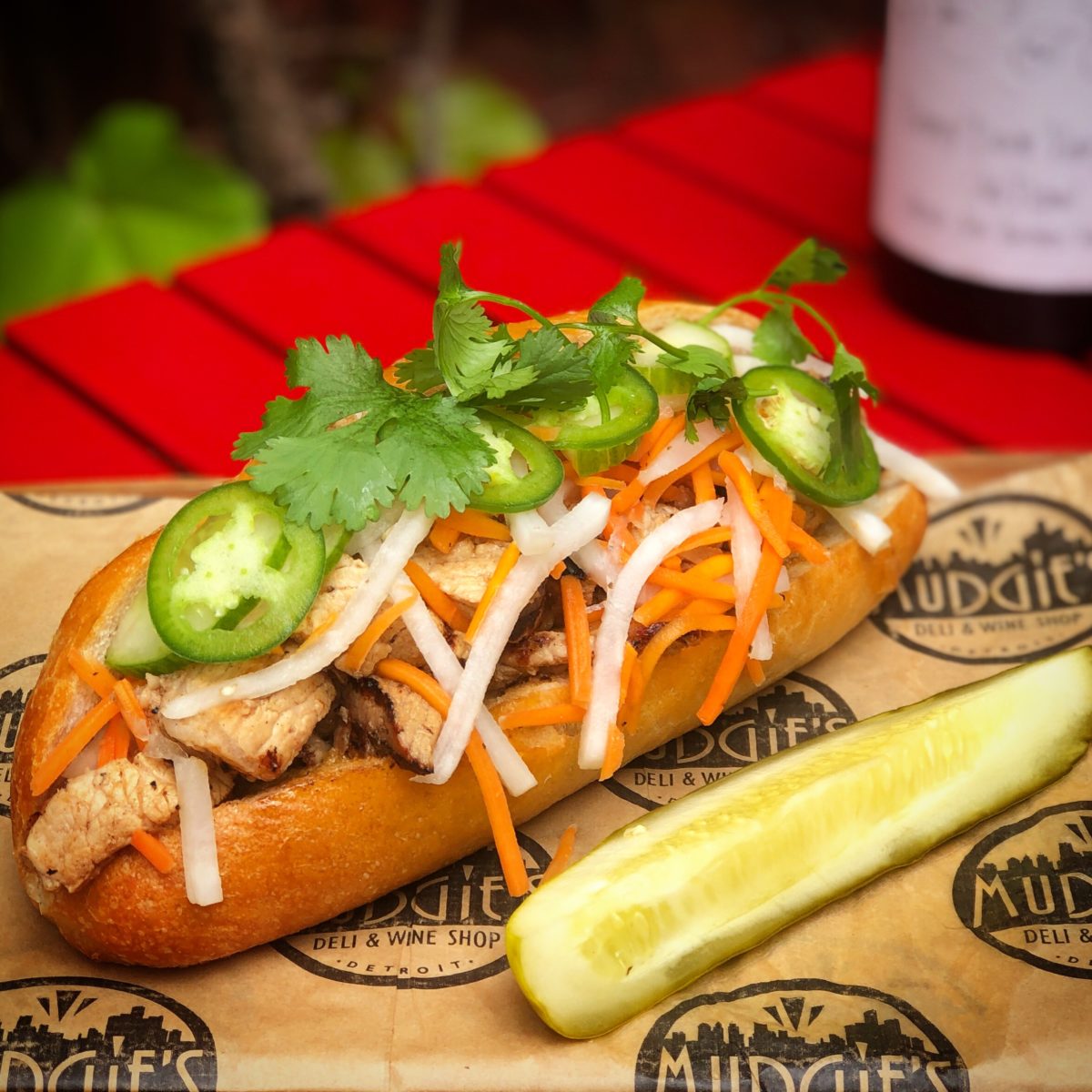 Eating on the go at Mudgie's. Photo courtesy of Greg Mudge.

I’m always in the mood for plantains, so I frequent Yum Village’s truck or new brick-and-mortar store for some delicious Afro-Caribbean cuisine. If you go, be sure to ask the founder, Chef Godwin, what new dish he’s working on when you see him around.

If the weather is especially pleasant, I’d hit Mudgie’s Deli & Wine Shop for a sub and sit on their patio. They’re also great for eating on the go. Pro tip: It gets busy here, so I’d recommend calling in your order ahead of time.

Lastly, if you’re famished or traveling with a group, I highly recommend getting a large, rich, and flaky pizza from Supino Pizzeria, and then walk off your meal with a stroll around Eastern Market nearby. 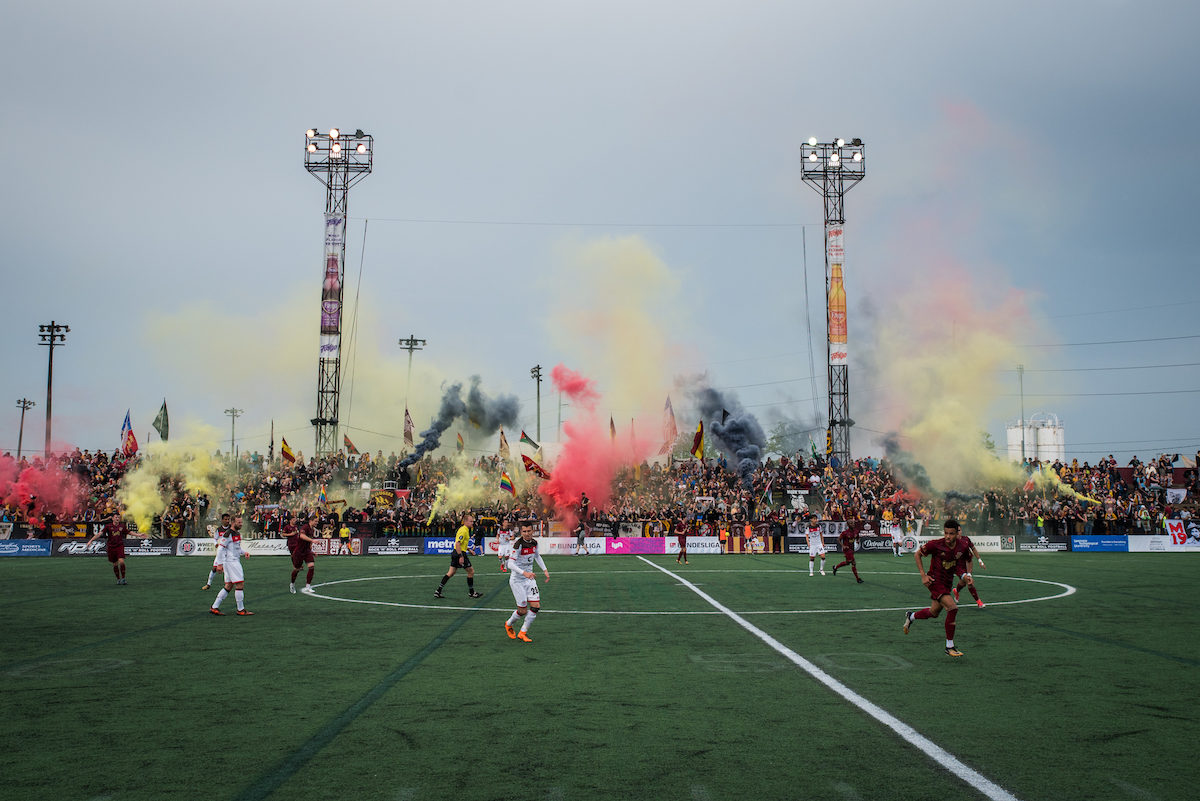 Even if you don’t care much for sports, a visit to Michigan is not complete without attending a sporting event of some kind. A Detroit City FC soccer match is absolutely electric to witness. Plus, they play up in Hamtramck, which is one of the most culturally rich neighborhoods I’ve ever experienced, and is worth a trip in its own right. 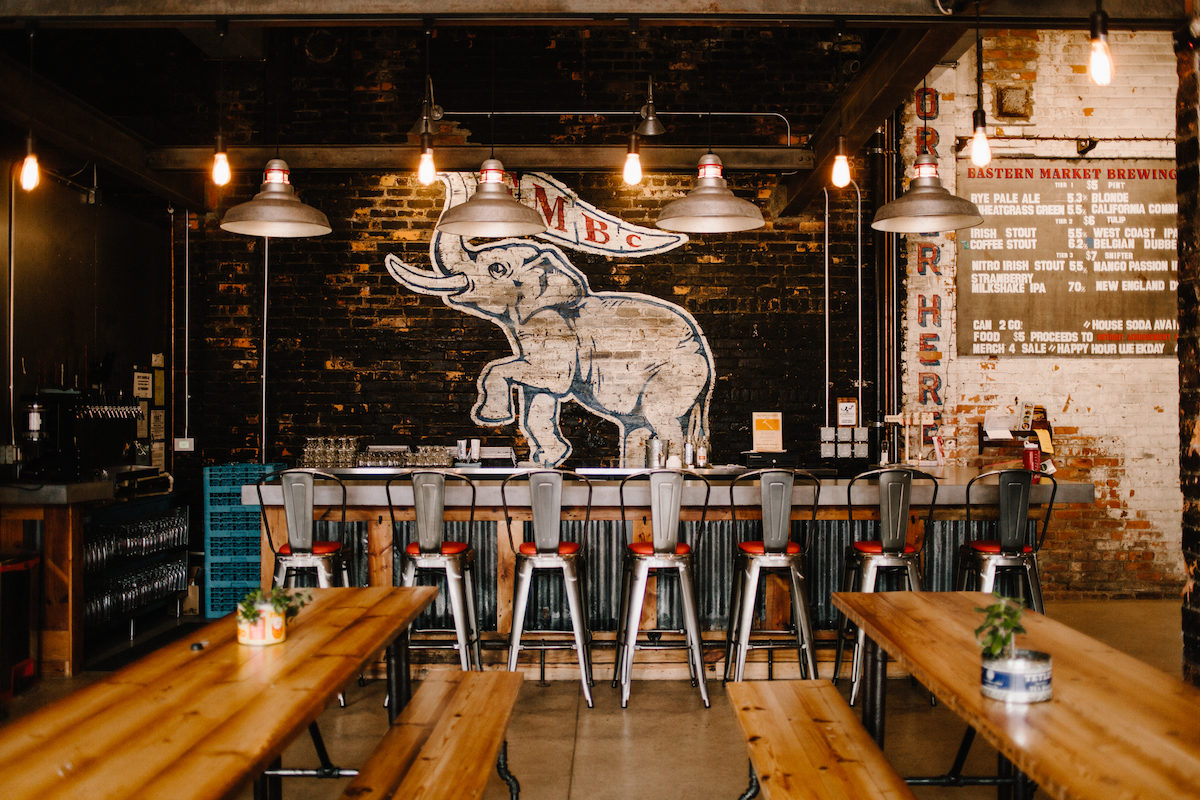 Eastern Market Brewing Company is one of the fastest growing breweries in the state, and when you visit their taproom in the heart of Eastern Market you’ll learn why. From live music and trivia to pop-ups and a running club, they have something for everyone. As for me, I’ll have an Elephant Juice. 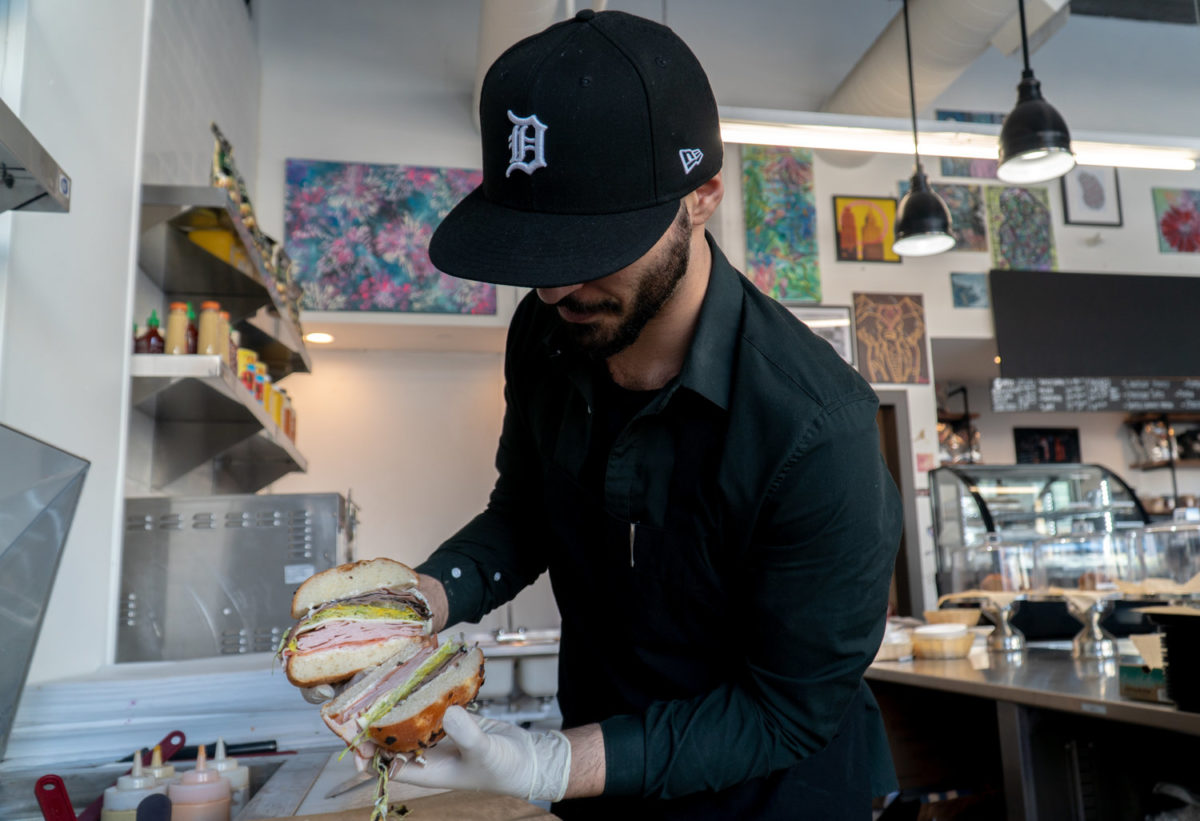 With four locations in the city, one is never too far from an Avalon International Breads—and that’s lucky! I also love Spread Deli + Coffee. I could go on about why their deli sandwiches are so satisfying or how dependable their coffee is. But really you should go there just for a pep talk from the co-owner Terry. He hangs out behind the counter and will make you feel right at home. 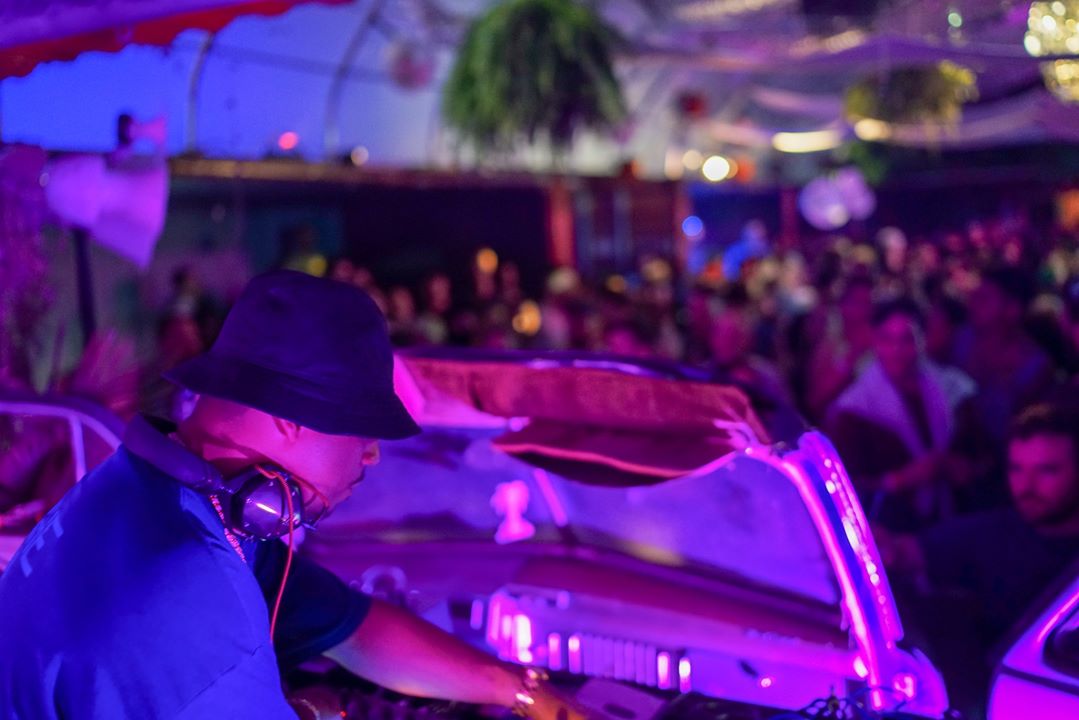 The Black Scroll Network History & Tours does a phenomenal oral history of Detroit from an African-American perspective. You can’t visit the city in good faith without talking about race. It’s part of what makes Detroit critical to our history. For example, Second Baptist Church in Greektown was the last stop on the Underground Railroad and the first school for black children in the city. The sanctuary in its basement, where they harbored escaped slaves before rowboating across the Detroit River to Canada, is still intact.

Should timing and luck permit, the Full Moon Party at Lincoln Street Art Park is one event that should not be missed. It’s held once a month at a sculpture park and recycling center from dusk until dawn. And with that, I’ve said too much—you have to experience it to truly understand!

Pink Flamingo is an airstream trailer-turned-mobile restaurant in a community garden just north of Corktown. That’s about as Detroit as it gets in the best way. On Thursdays in the spring, summer, and fall, they serve farm-to-table meals with the menu rotating weekly.

Giovanni’s Ristorante is another beautiful restaurant near the Marathon Oil Refinery. It opened a year after the Rebellion in 1967 and they’ve remained committed to staying in that part of the city through its ups and downs. It holds the history of Detroit closely and you can feel it in the atmosphere, the service, and the food. 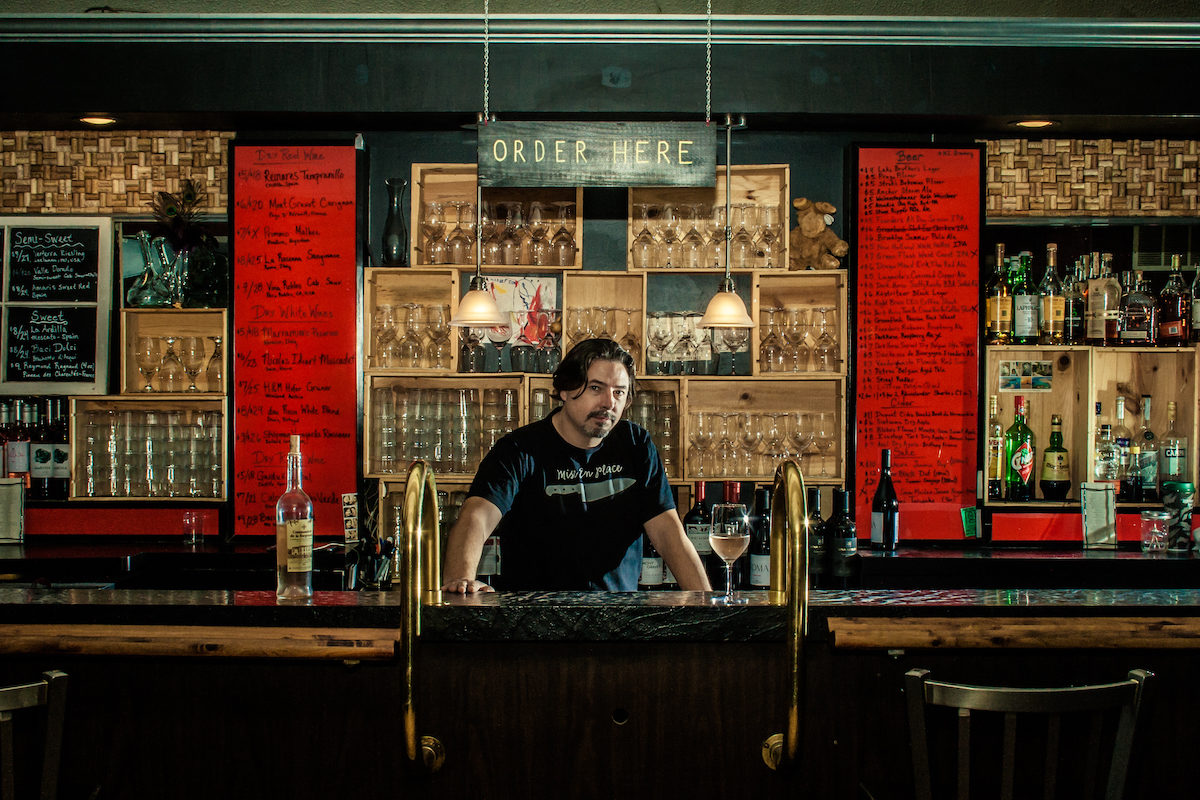 Start at Queens Bar with a can of Stroh’s. Though it’s surrounded by new establishments, they keep the feel of a local watering hole. From there, head to Motor City Wine and enjoy a Zinfandel or an Aval Cider.

El Club is one of the most progressive venues out there. When shows with international artists aren’t on, they have a nice mix of local and regional bands and DJs. They have pizza available at the bar in the front, and tacos in the trailer out back if you need to refuel. Marble Bar is the spot to catch a groove. The indoor-outdoor space leans all the way into disco and soul alongside techno and house.

Late night is when a coney—a beef frank with beanless chili, diced white onions and yellow mustard—is best enjoyed. Out of respect for a historic staple and all involved, I cannot take a position on whose is best so I ask that you patronize whichever is closest, and please tip well!If a coney isn’t for you, Yemen Cafe in Hamtramck is open late serving up halal and Middle Eastern food. Have some hummus and try the ghallaba. 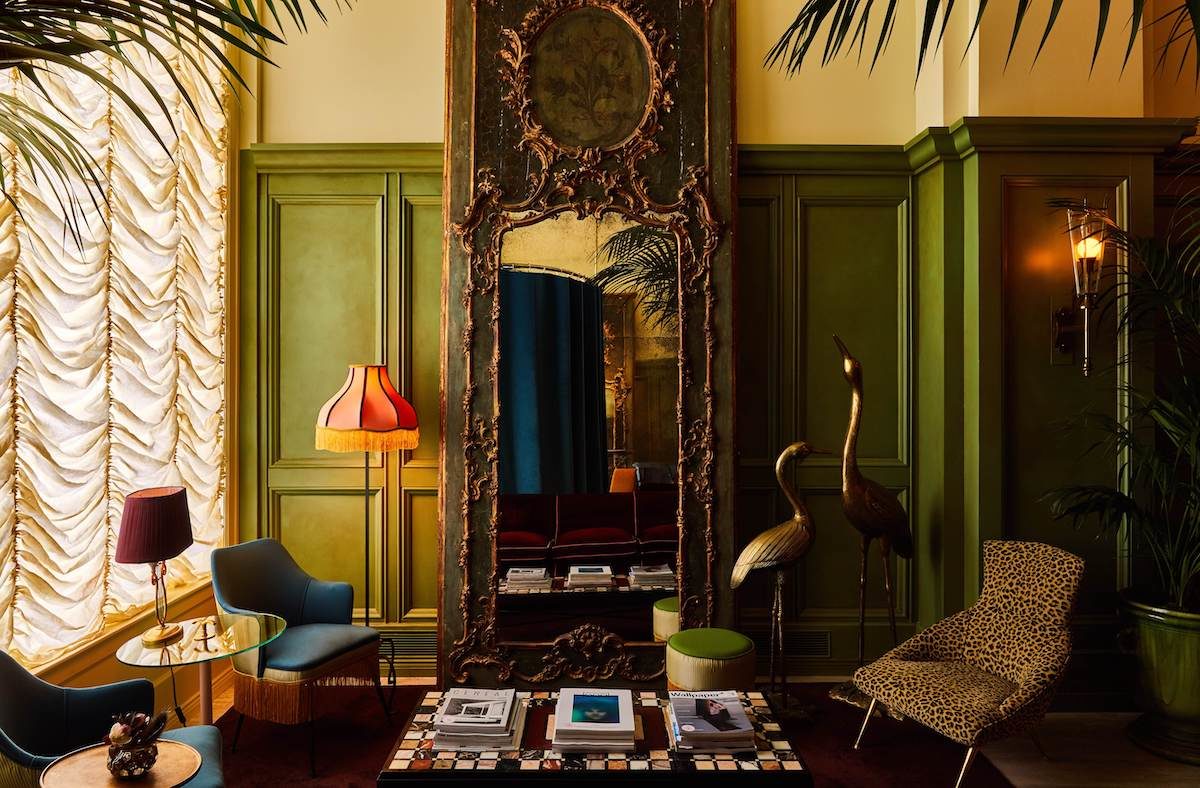 The Siren Hotel restored many of the Wurlitzer building’s original features and updated the space with an exquisite touch. It’s worth a visit even if you’re just popping in for a drink or a chat.

For Airbnbs, I’m biased because I live there, but the Midtown neighborhood is ideally situated for exploring many different neighborhoods and not just downtown. New Center just north has more to see and do every day and provides even more access to the greater metro area.

The winters here are so notorious, we forget just how lovely it is in the summer. Visit accordingly.

When you leave downtown, everything is block by block. Some of the nicest blocks neighbor the most impoverished ones. Biking allows you to get a feel for the city at street level.

It’d be disingenuous not to mention that there’s an element of spectacle to visiting Detroit. Like anywhere, Detroit has its challenges, but it is not nearly as dangerous or ruined as you’ve likely been led to believe. Please be neighborly and thoughtful.

Read before you go:

Black Detroit: A People’s History of Self-Determination by Herb Boyd is one of those works that grounds and astonishes. For fiction, The Turner House by Angela Flournoy is one you’ll keep coming back to long after you’ve left the city. Read this and when you get to Detroit you won’t just look at the houses in the city, you’ll really see them.