Why the Presidential Caucus Isn’t the Only Time to Visit Des Moines, Iowa

Clouds roll over downtown Des Moines at dusk. Photo by Phil Roeder.
Like a LocalAnnie Werner

Mike Draper is a native Des Moineser and happens to own “the greatest store in the universe.” Find out what makes Des Moines, Iowa, worth traveling to—whether or not you’re a political junkie.

Every four years in January and February, the otherwise humble state of Iowa becomes a political battleground for presidential hopefuls. The Iowa Caucus is the first real test of any election year. Thousands of campaign reporters, staffers, and volunteers descend upon the midwestern state (population 3.156 million) as locals give audience to detailed policy debate and community concerns, transforming even the state’s sleepiest towns with a spike of political energy.

“A caucus would get absorbed in a large city, but in a place like Des Moines, it’s the biggest thing to happen in, well, four years,” says Mike Draper, Des Moines resident and owner of the snappy Raygun t-shirt shop, which he claims sees an uptick in business in otherwise low-traffic months. 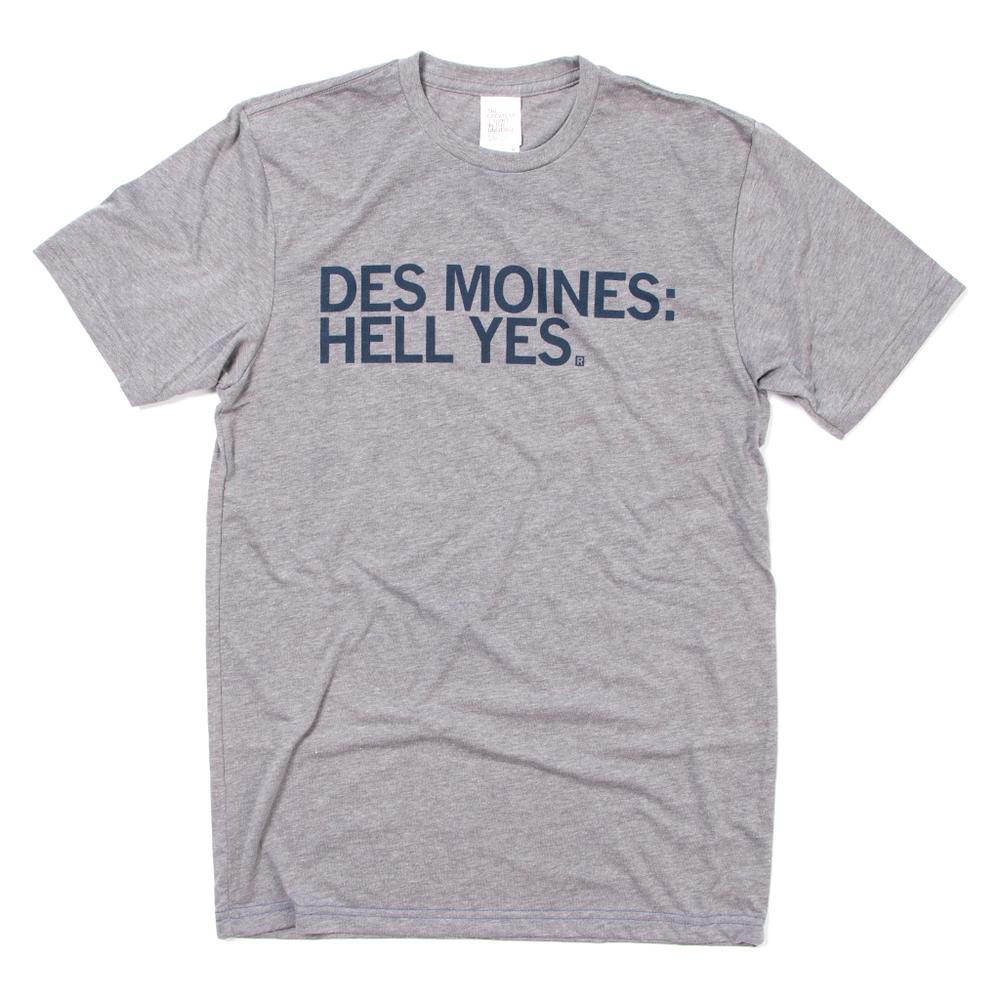 One of Raygun's most popular shirts, available for sale on their website. 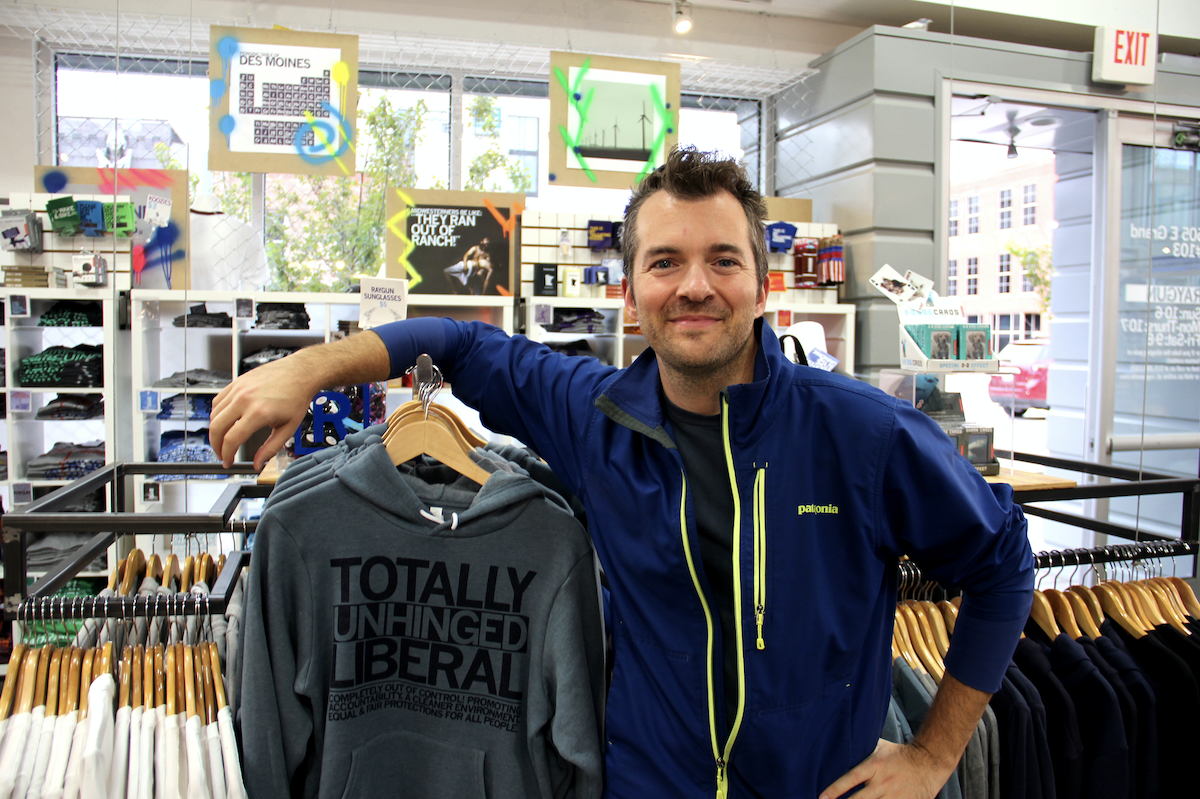 Raygun owner Mike Draper with some of his best work. 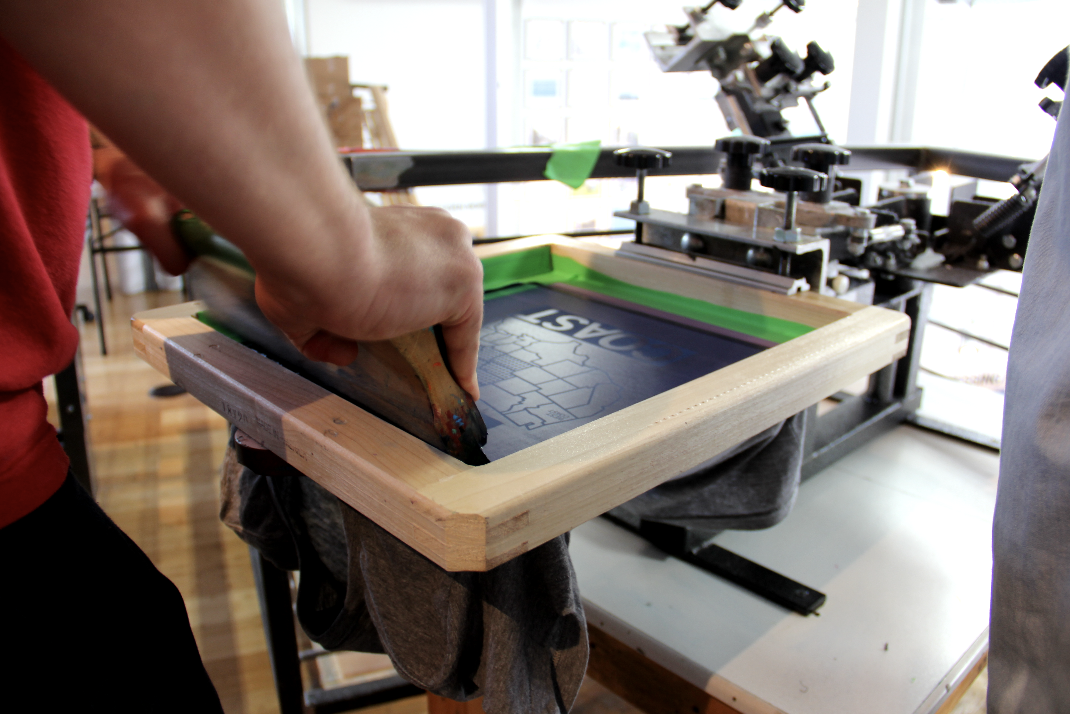 Raygun is known for their quotable shirts that can be quickly screen printed to responded to local news and event.s

Des Moines may not be the first place most people think of to open a new business, but Draper grew up six blocks from where his flagship store is located in city’s East Village (which Buzzfeed dubbed Iowa’s “most hipster” neighborhood). After a stint at UPenn undergrad and a year in the UK, Draper saw an opportunity to “unlock this inner humor that was always under the surface, but we never really projected.”

Raygun’s first big hit was a shirt that simply said, “Des Moines, Hell Yes.” Fifteen years in business, Raygun is “what the Internet would look like if it came to life,” says Draper—if the internet were ironically enthusiastic about Des Moines, Iowa, and all its hyper-specific happenings.

“We can have content on the front rack that is related to an event that happened that week,” says Draper, and Raygun makes a point to produce a lot of caucus-related merchandise, relishing the fervor the campaigns bring about in locals and visitors alike. 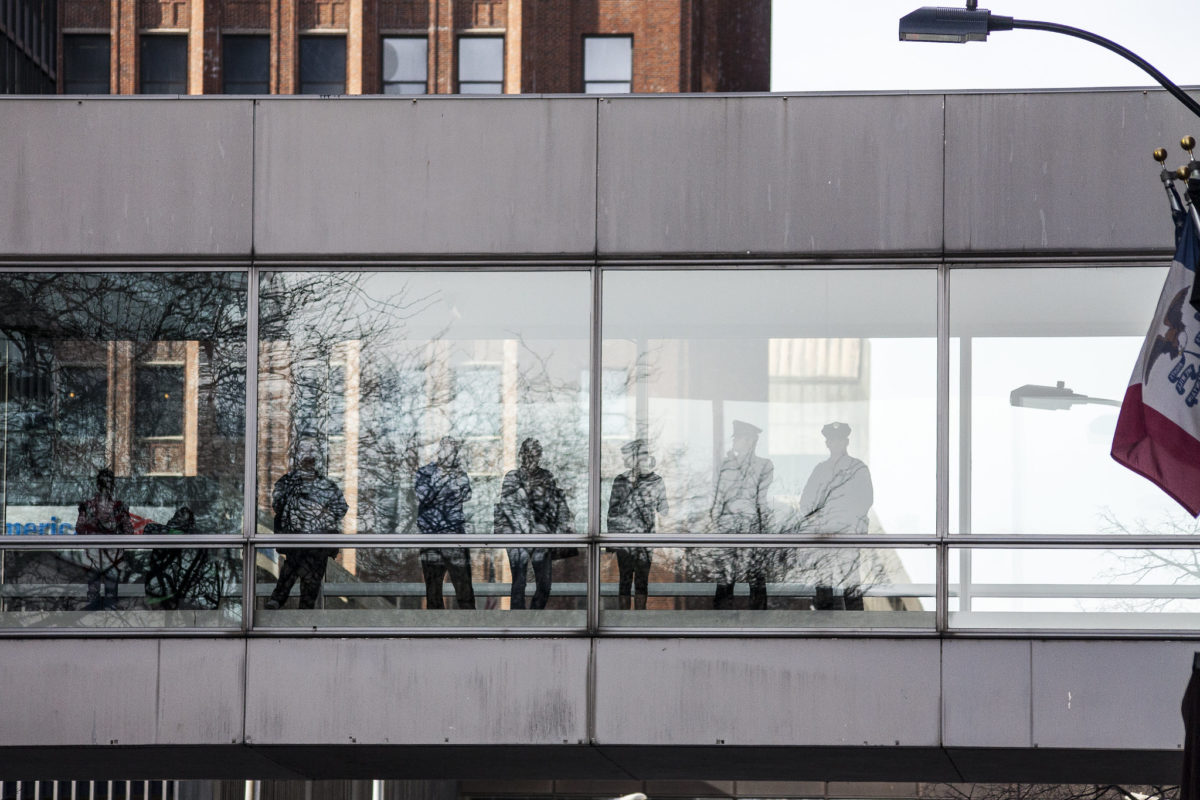 Des Moines introduced a series of skywalks between its downtown buildings to shield commuters from the brutal elements. Photo by Phil Roeder.

While places like Des Moines, Iowa, may not always be top of mind for leisure travelers, the presidential election cycles offer a spotlight on the cities that, for a moment in time, shape American politics in pretty significant ways. Whoever wins the Iowa Caucus on February 3rd may very well be the Democratic presidential nominee—and it may very well be worth your time to see what some of these cities are all about.

“Visiting Des Moines is not going to be a super tourist-y experience where you’re taking pictures of like, world famous landmarks,” says Draper. “It’s kind of like experiencing a city from the actual city’s point of view.” 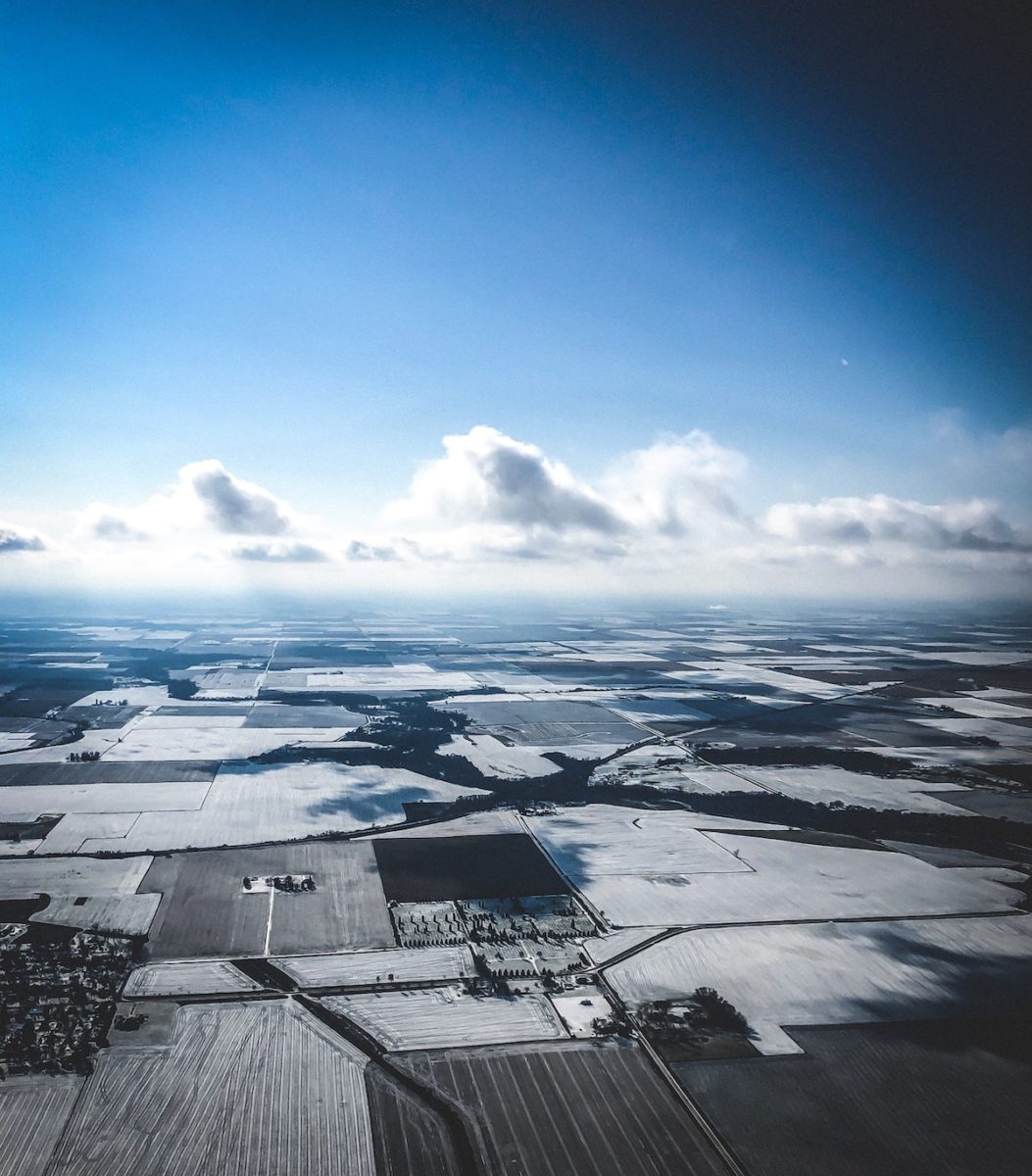 Iowa from above. Photo by Joseph Ngabo.

“It’s definitely the most laid back place I’ve ever lived,” he adds. “Most people think of California as being ‘laid back,’ but if you actually go there, people are kind of on edge. In Des Moines, it is actually calm and relaxed, which can be kind of disarming to outsiders.”

Below, Draper shares his perfect day in laidback Des Moines, Iowa—with or without the presidential caucuses. 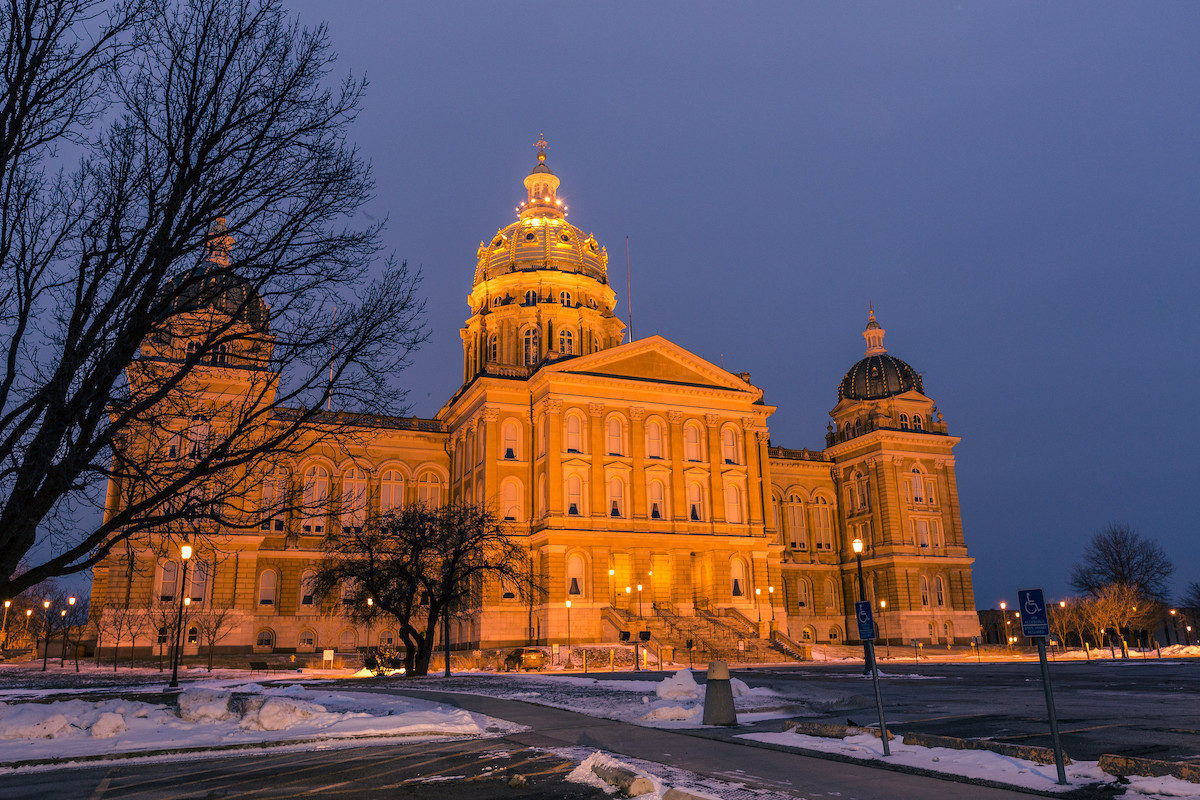 Monday through Friday I get coffee from Mars Coffee Bar in the East Village (they have a full cafe by Drake University, too). I like the fact that it is literally INSIDE my store, so I don’t even have to walk outside to get there!

On the weekends, I go to Grounds for Celebration in Windsor Heights, which is just two blocks from my house.

I’m a borderline workaholic, so I’m usually to the store by 7:15 a.m. But a walk does sound nice. If I did, I’d walk from my store to the Iowa Capitol—there is a quarter-mile long park that leads up the hill to the capitol. 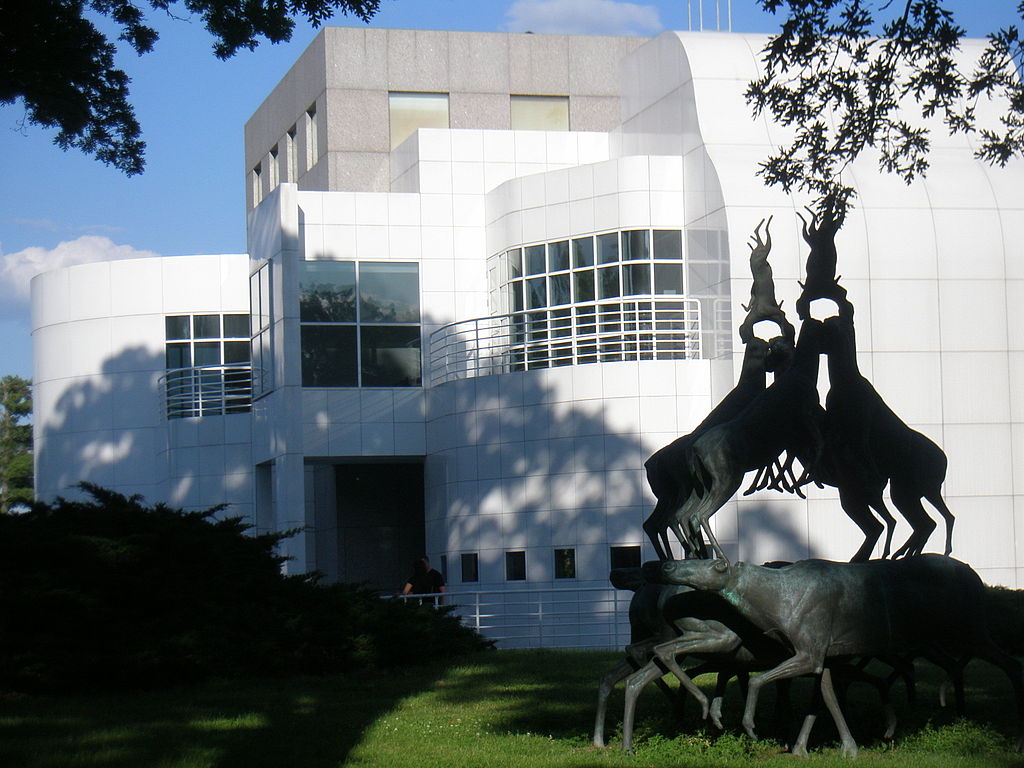 The Des Moines Art Center has an extensive art collection that can be viewed completely free of charge.

In the East Village, I’m surrounded by great lunch places. Scenic Route Bakery is my standard. Great salads, great sandwiches. Open Sesame is a Lebanese place across from Scenic Route, and they make great food. Dirt Burger has great vegan food, Nosh has great smoothies, Lucca is some of the best Italian food in the city, and Olympic Flame is a neighborhood staple with amazing Greek food.

If it’s nice out, my ideal afternoon activity would be hiking. In the city would be the Sycamore Trail along the Des Moines River or Greenwood Park by the Art Center. If we leave the city, we’ll go to the Brenton Arboretum by Dallas Center.

The Des Moines Art Center is free and really well done. If you’re here over the summer, there are a couple of great music festivals. 80/35 is the largest volunteer music festival in the country, put on by the Des Moines Music Coalition. It’s right in downtown and one of the best festivals I’ve ever been to. The other is Hinterland, put on by the owner of Wooly’s music venue. It is south of town in St. Charles. 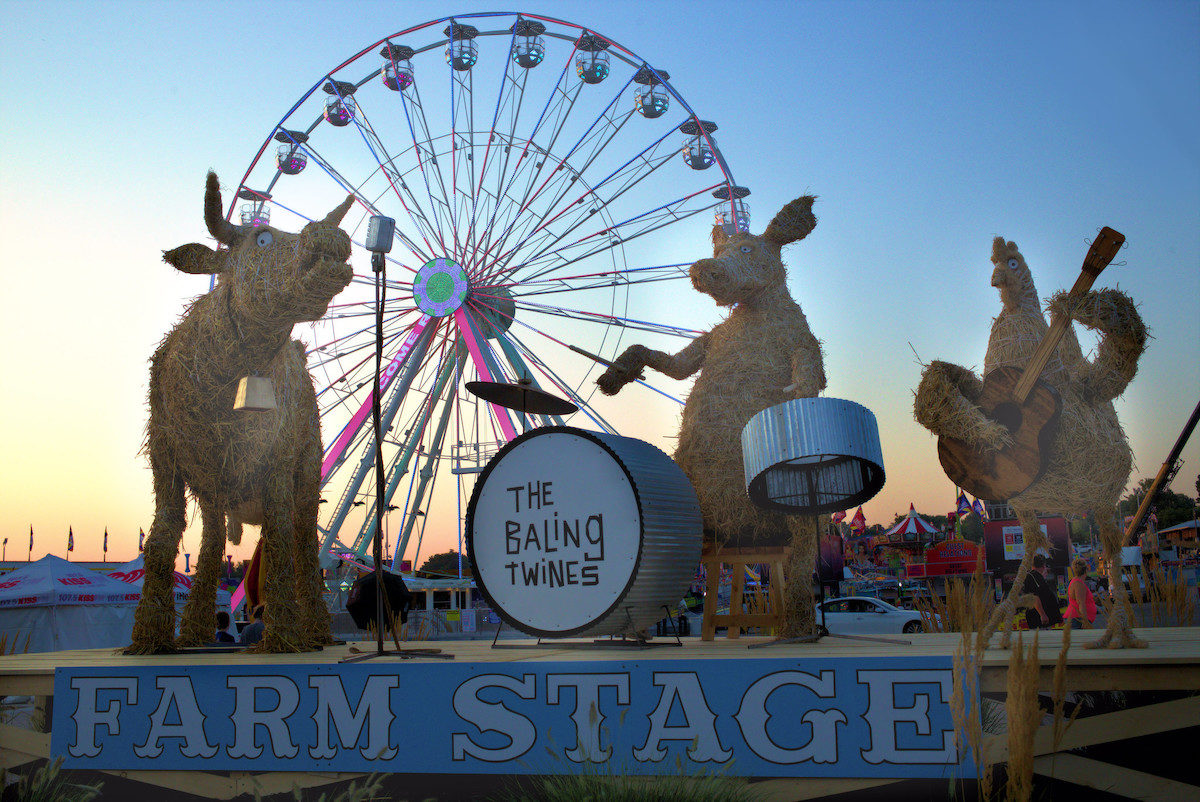 One of many findings at the Iowa State Fair. Photo by Carol VanHook.

It’s hard to choose. Zanzibar’s on Ingersoll is hard to beat. Ritual Cafe by Western Gateway Park is great. I also still like Java Joe’s on Court Avenue (I’ve been going there since it opened in the late ‘90s), as well as Gong Fu Tea. Everything about it is well done. I go there several times a week and take anyone visiting there.

Proof is still, in my opinion, some of the best food in Des Moines. It offers a great all-encompassing menu. I’m not sure if it’s “emblematic” of Des Moines—though I’m not sure what would be! The State Fair? Tenderloin? Gateway Market has one of the best tenderloins. That’s kind of the state food.

I would spend a lot of time on 4th Street on Court Avenue. Start the night at the Royal Mile, see bands at the Vaudeville Mews, get a drink at the Lift, then end the night at Fong’s Pizza. I’ve spent way too many hours on that one block of the city! 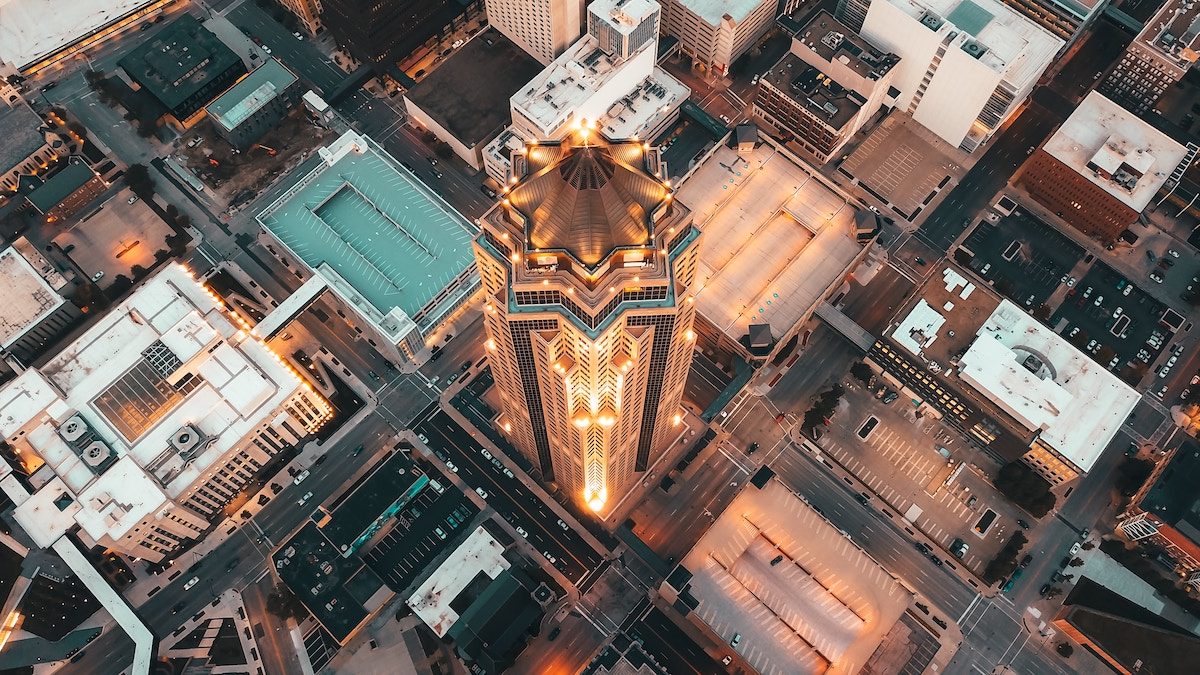 Where to Stay in  Des Moines

There are a lot of great hotels that have opened just in the past few years. The AC Marriott is my favorite place for people to stay. It is a great hotel with a rooftop restaurant, and it’s in the heart of the East Village so you are within one block of four coffee shops and a dozen restaurants and stores. But the Hotel Fort Des Moines, currently under construction, will be amazing once it’s fully restored.

For an Airbnb, I’d look for something either downtown or the Ingersoll neighborhood.

Bill Bryson’s Life and Times of the Thunderbolt Kid is all about Bryson growing up in Des Moines, so it would give you a feel of Des Moines in the ‘50s. But in a way, the city is kind of returning to that feel. Bryson talks about all the shops and restaurants downtown but ends with the Merle Hay Mall killing. Now, the city would be a lot closer to what Bryson remembers: walking from South of Grand downtown; shops, restaurants, entertainment. It’s kind of cool to see. And you can skip over the ‘80s and ‘90s when Des Moines really was kind of lame. (I grew up here then, so I can say that!)

Everyone here smiles at everyone. And not a polite half-smile, but a smile like they’re really happy to see you. If you’re from out east, it can be disorienting.  Also, if you’re here in August, you pretty much have to go to the State Fair.

Outside of that, the weather can be kind of lame. But extreme heat and extreme cold make you tougher!

Finally, the S’s in Des Moines are silent. But everyone’s too polite to correct you. There is a whole video about it.