Seattle-born, LA-living photographer Jared Chambers embarks on a road trip from Austin, Texas to New Orleans, capturing it all on his Canon EOS Rebel T7i—and giving us some of his pro tips on travel photography.

I’ve road-tripped all over the States and in Iceland, Ireland, and Scotland, but my favorite road trips have always been in the U.S. Culture-wise, this southern road trip takes the cake. Never have I talked to so many strangers while on the road. If you’re ever in the South, just talk to people.

My girlfriend and I decided to take Highway 10 the majority of the way because of the fact that it follows most of the swamps in Louisiana. We got off the highway and followed the back roads along the Mississippi River into New Orleans.

If you’re ever in the South, just talk to people.

I honestly spent the same amount of time researching the locations we were going to that I did actually shooting them. I packed my Canon EOS Rebel T7i, a laptop, tripod, memory cards, hard drives, all the necessary cords, and too many jackets. My girlfriend brought a bunch of rad vintage clothes from my close friend’s company, Henri. 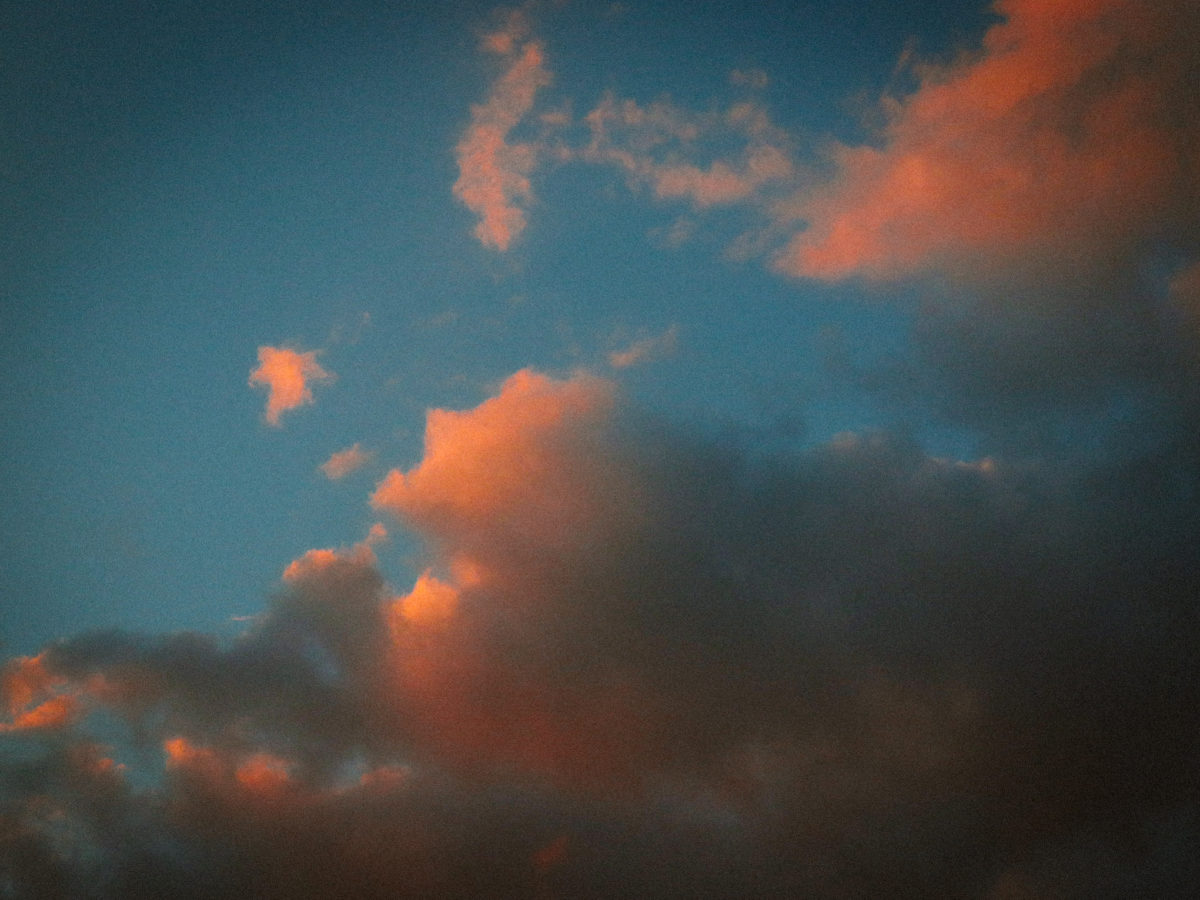 The sky outside Austin. Captured on the Canon EOS Rebel T7i. 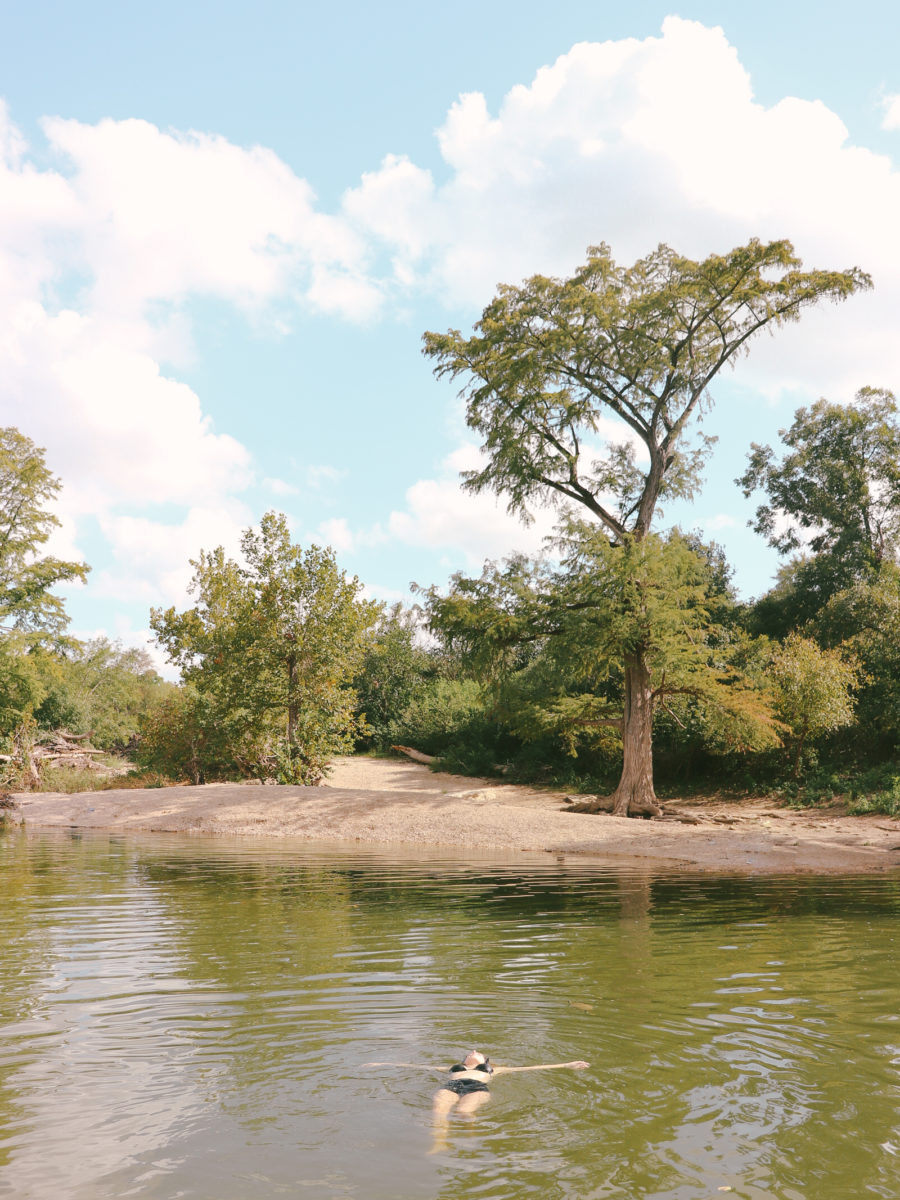 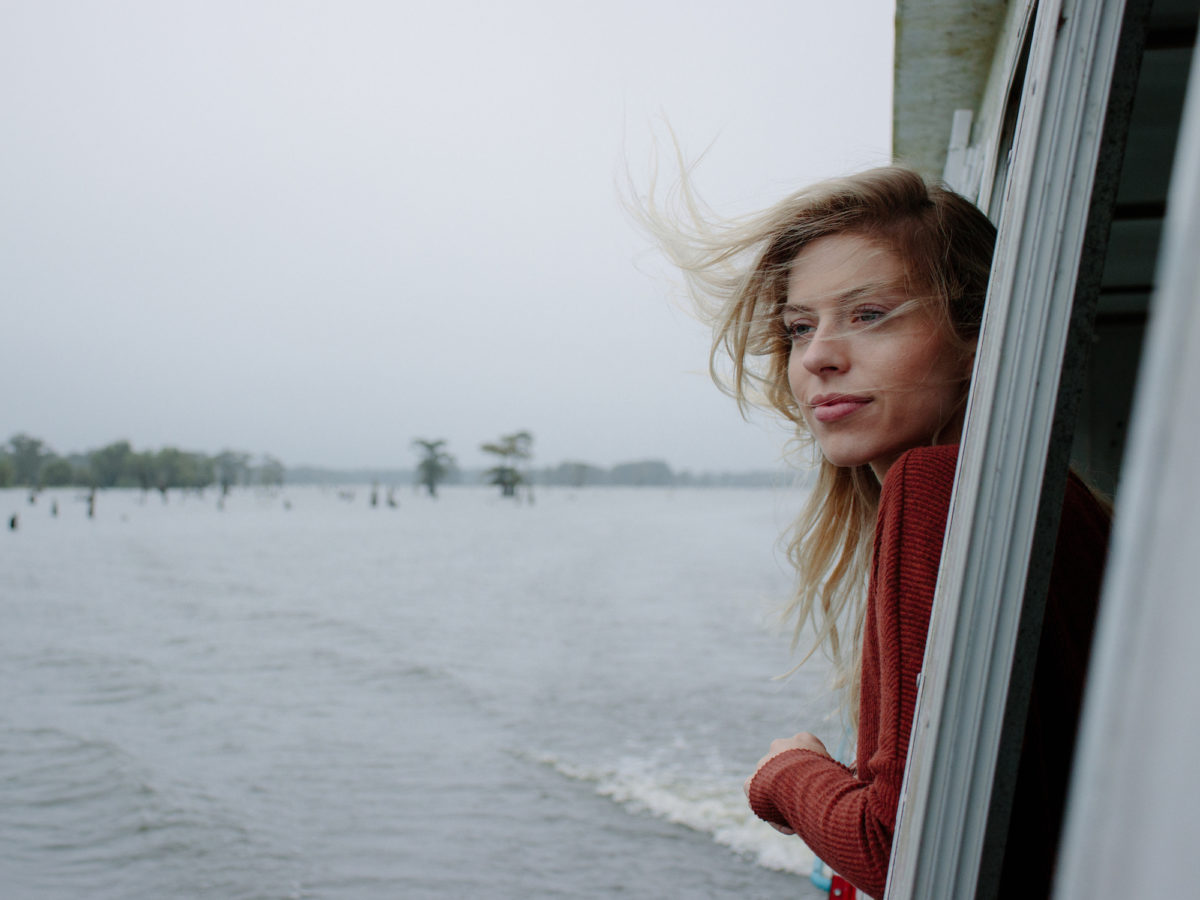 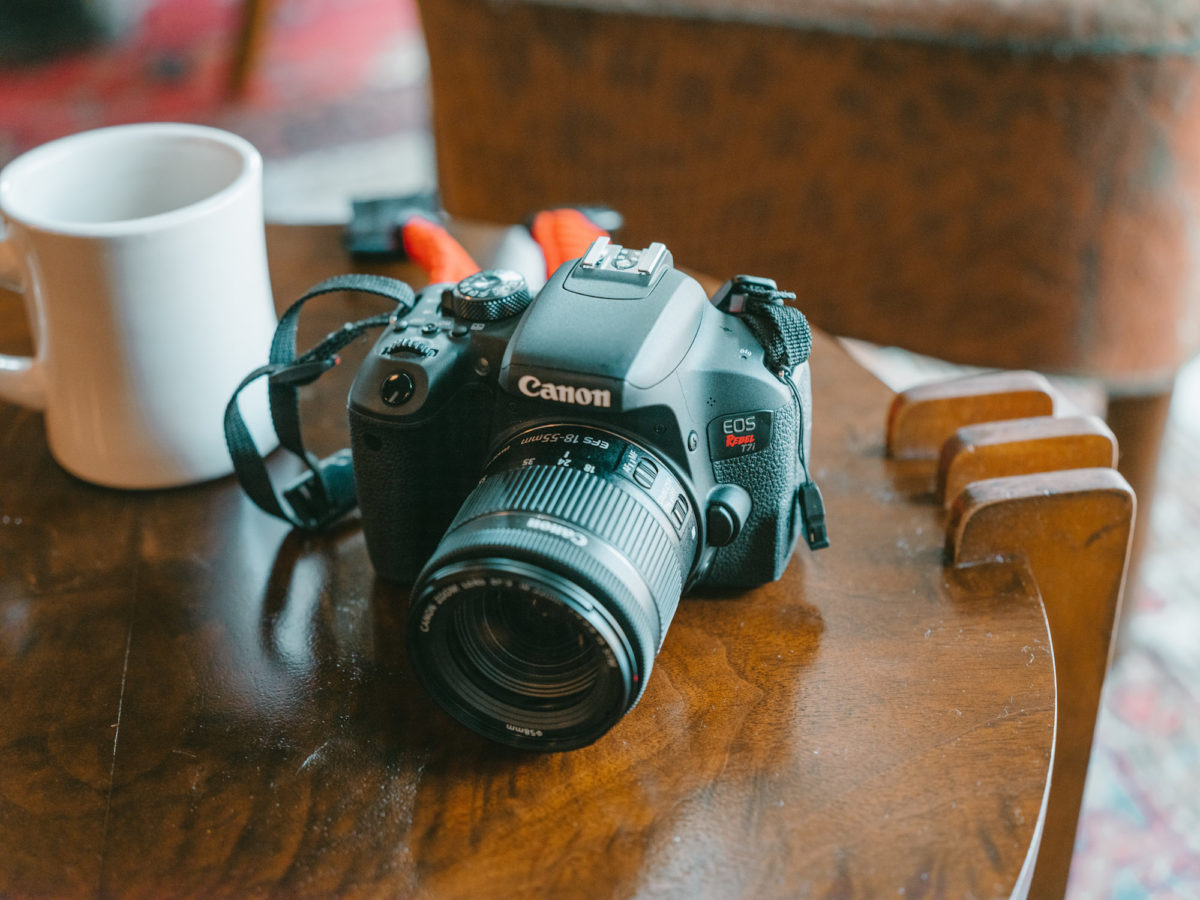 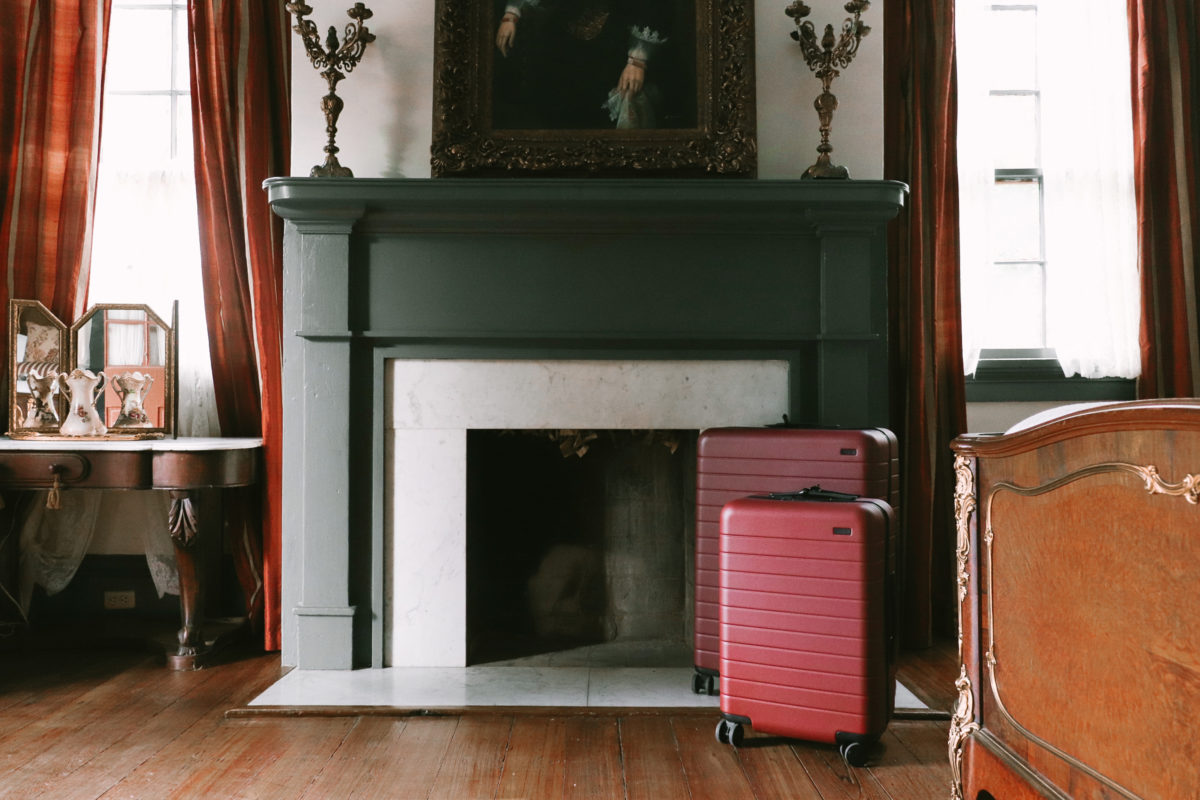 Inside the Mouton Plantation. Captured on the Canon EOS Rebel T7i.

Negative space is something a lot of people don’t think about.

Some of the best shots I got were just driving around at sunset, trying to escape all of the mosquitos (pro tip for the South: bring bug repellent because they love newcomers down there). I shot in aperture priority most of the time. It was easy to shoot in that setting because of the exposure compensation button on the back of the camera. If you hold it down and spin the shutter dial, it overrides the exposure. I also used the 18-55mm IS STM Lens, mostly for the ease of switching from tighter shots to wide without having to switch lenses.

I usually try to go for a minimal look, as uncluttered as possible, with three or four subjects at the most. Sky, ground, subject, and maybe a car or a building would make it four. I’m drawn to symmetry and simplicity. Negative space is something a lot of people don’t think about, and I try to think of it a lot when I’m creating images.

Stay: We ended up staying at this nice little place called the Heywood Hotel, which honestly felt more like a bed and breakfast. The front of the building was part of an older craftsman-style house, and they added a more minimal, modern section in the back.

Eat: We stumbled on Lucy’s Fried Chicken—which is apparently super famous—while we were catching the sunset. We ordered way too much food and learned to not order fried pickles before your entrée. My girlfriend and I had never had them before, and we were starving from swimming in the heat all day and we couldn’t stop. But I obviously ordered a fried chicken sandwich, too.

Do: By the time we walked out of our hotel in the morning, it was 90 degrees outside and all we could think of was water and cooling off. There were quite a few swimming holes around Austin, but we went to the more secluded McKinney Falls State Park since it was ACL weekend and super crowded around Austin. 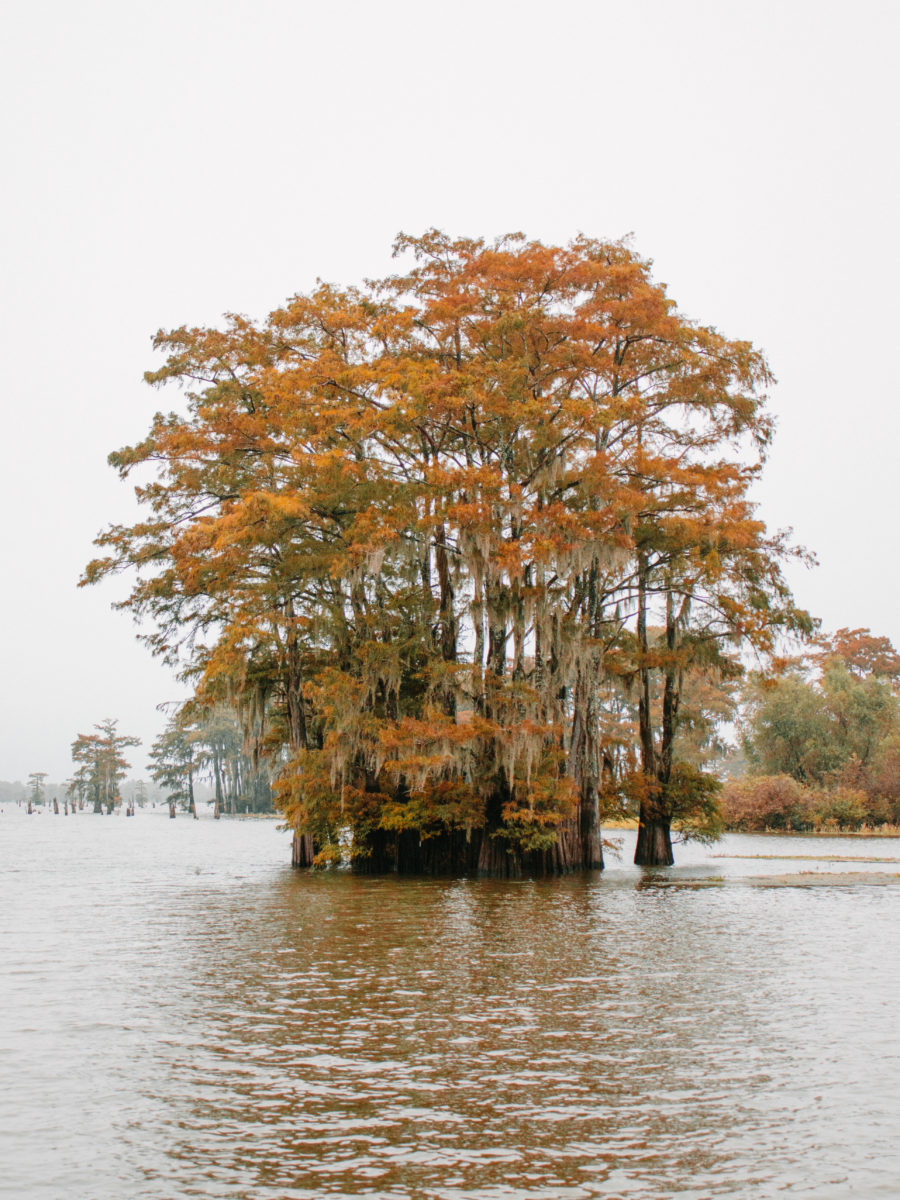 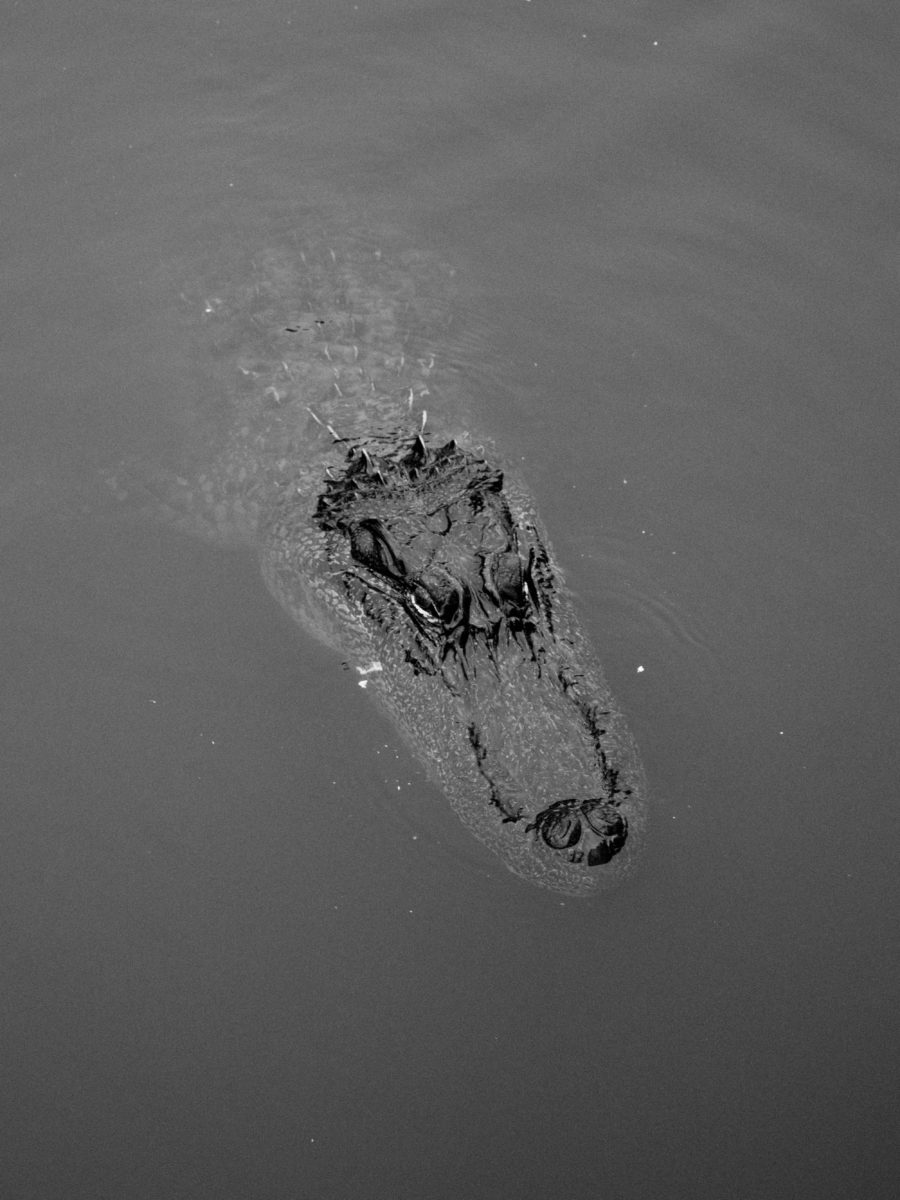 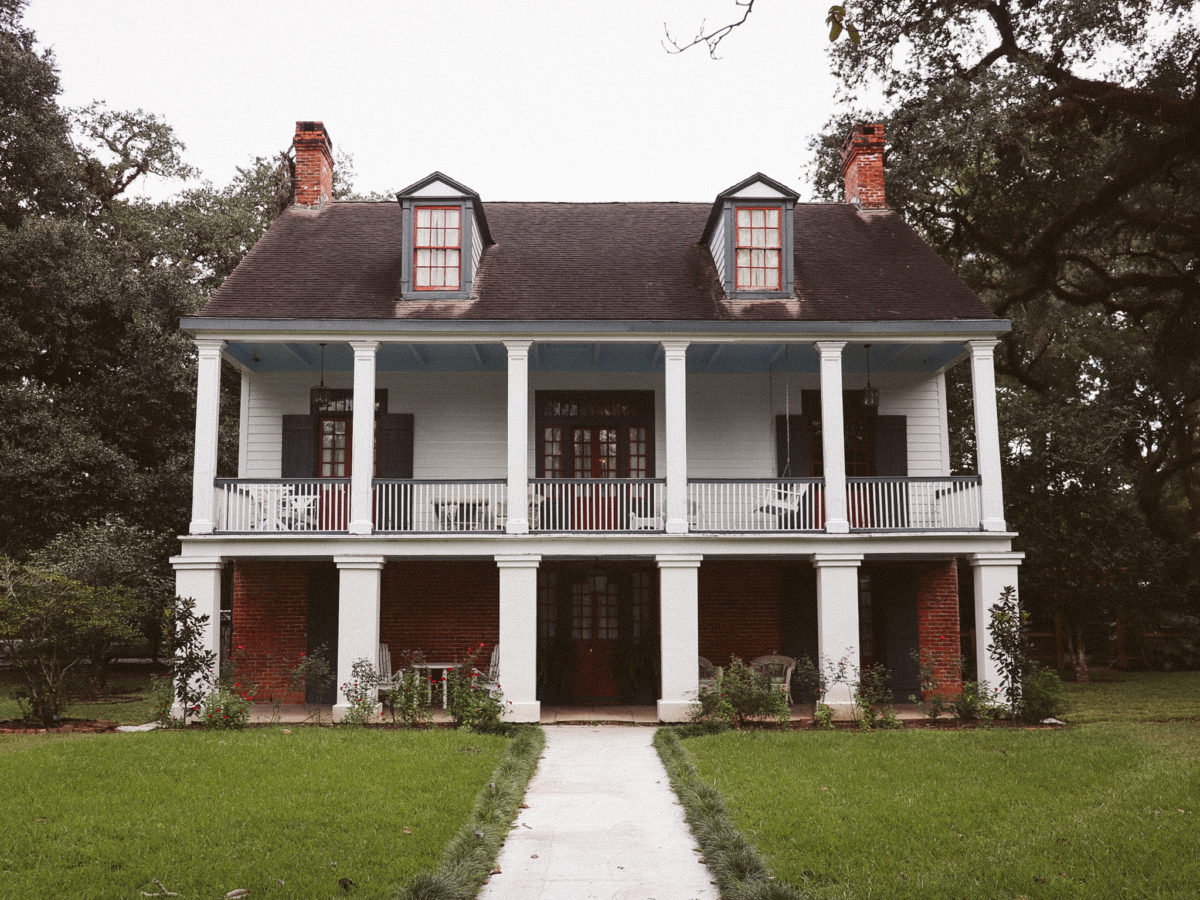 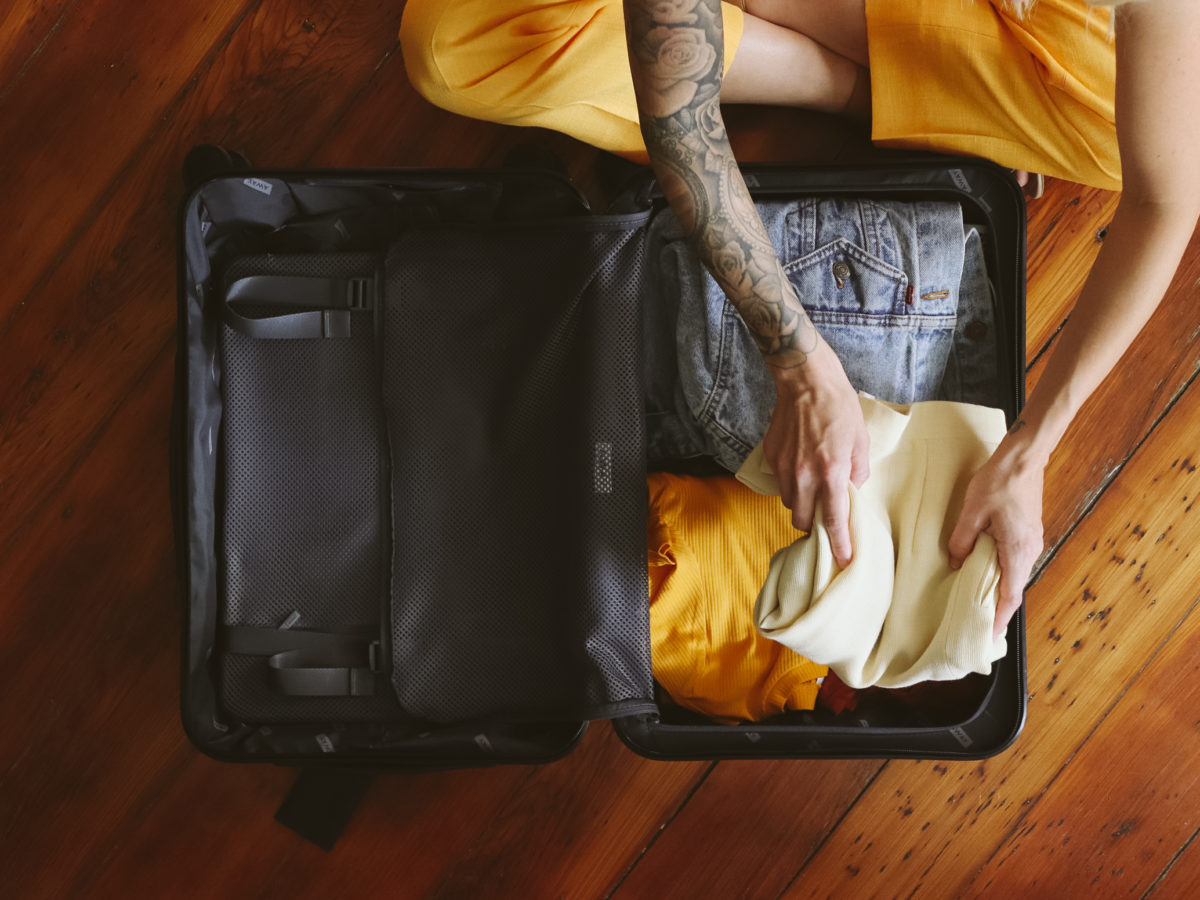 Inside the Mouton Plantation. Captured on the Canon EOS Rebel T7i.

Stay: We stayed at the Mouton Plantation. We were really blown away. The owners were so nice—we probably spent an hour or more with them talking about the history of the house. A French settling family built it in the 1700s. It started as a small house. As they made more money, they added on, which seemed totally crazy considering how big it ended up. It has seven fireplaces, so you can kind of grasp the scale of it. We spent two nights there and extended the trip because we loved it so much.

Eat: Beignets! I had never had one before. We went to Black Cafe first thing for breakfast. Of course, I pronounced “beignets” completely wrong at first. For dinner, we went to Ruffino’s On The River. We both had filet and I had mine with crab. The next morning we had the best breakfast on the trip at a place called Batch 13. Get the sweet potato hash with egg and avocado—it was unbelievable. We also had some of the best shrimp from The Mansion Restaurant at the Nottoway Plantation and Resort just outside Lafayette in White Castle, LA.

Do: We had a swamp tour planned for sunrise, but when my alarm woke us up at 5 a.m. it was pouring down rain, which we both welcomed because it had been so hot. Luckily it let up a little bit and we ended up on the swamp a couple hours later. Due to the weather we got to do the trip with just my girlfriend and our hilarious guide. We spent a couple hours out in the swamp and 75 percent of it was just talking with the guide. He told us all the history of the swamps and the different types of trees. He told us how people dive down to get old stumps and sell them for over $10,000.

About halfway through the tour we noticed something was following our boat.

About halfway through the tour we noticed something following our boat. It almost looked like we hooked a branch, but we shortly realized it was an alligator trailing us, so we stopped in a little cove. The guide started calling the gator like it was a household pet! We started throwing meat fat into the water to watch him eat it and get him closer to the boat. A second gator popped up out of nowhere and came towards the boat very quickly. Growing up in Washington and having spent a lot of my time outdoors, I’ve always seen animals behave cautiously when they’re around humans. That was not the case with the alligators, especially these two—they came straight for us.

Stay: We stayed at the Frenchmen Hotel the first night and the Ace Hotel the second night.

Eat: We loved the food at the Italian-inspired Josephine Estelle at the Ace.

Do: Our favorite part was definitely the east side of downtown. There were a lot of beautiful historical houses and beautiful trees. When I researched New Orleans before we arrived, I stumbled across the Tree of Life and knew I had to see it. It’s located in the local zoo and the whole park was filled with old trees, not just the one. It was overcast, so the somewhat even light made it easy to get details of the tree while not completely blowing out the highlights. It was one of my favorite shots of the trip. 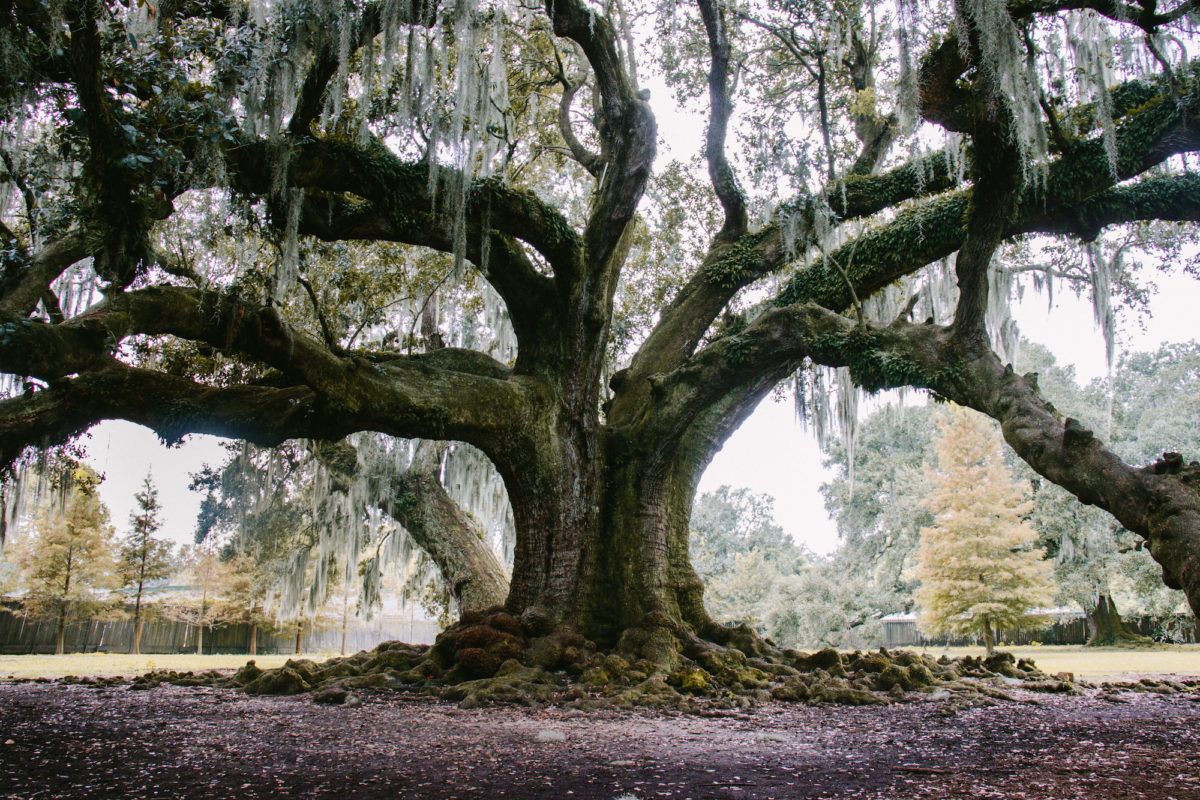 Tree of Life. Captured on the Canon EOS Rebel T7i. 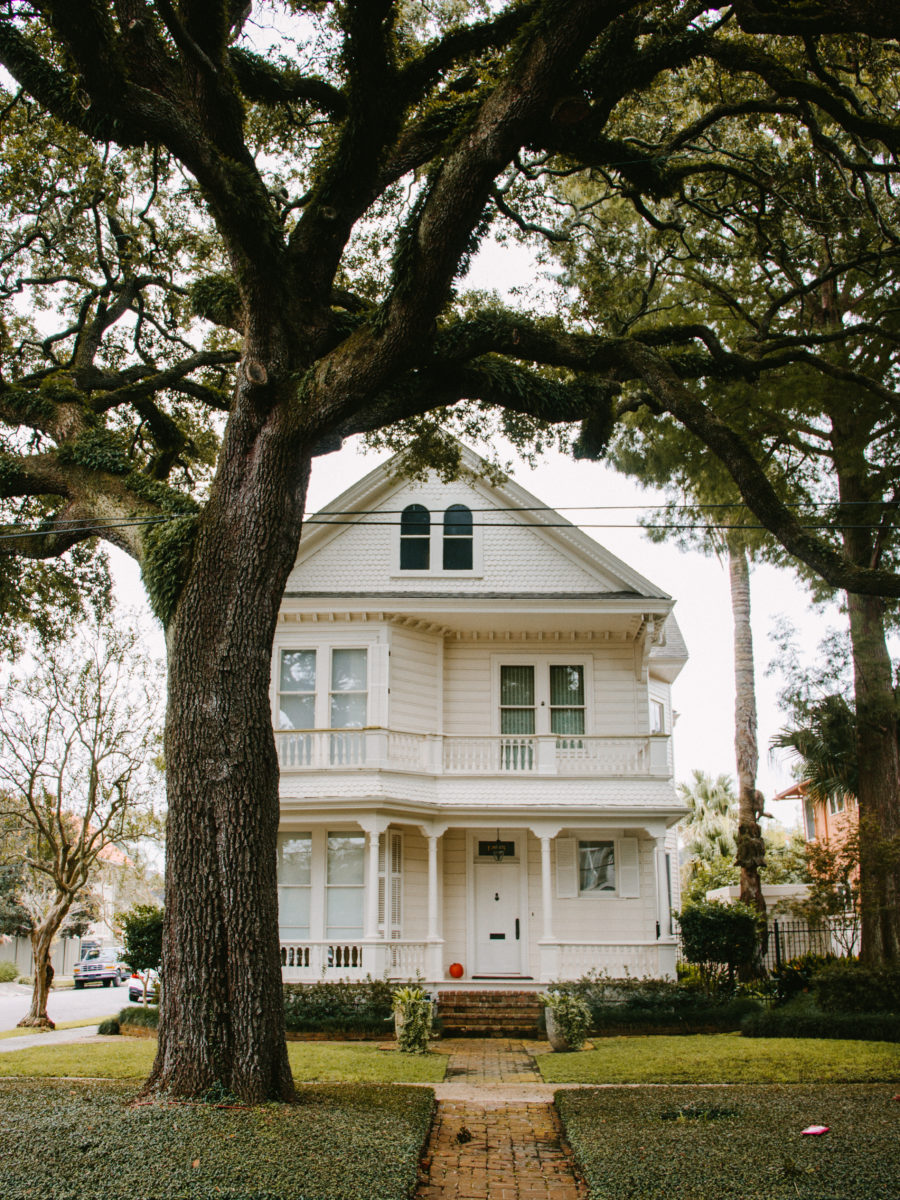 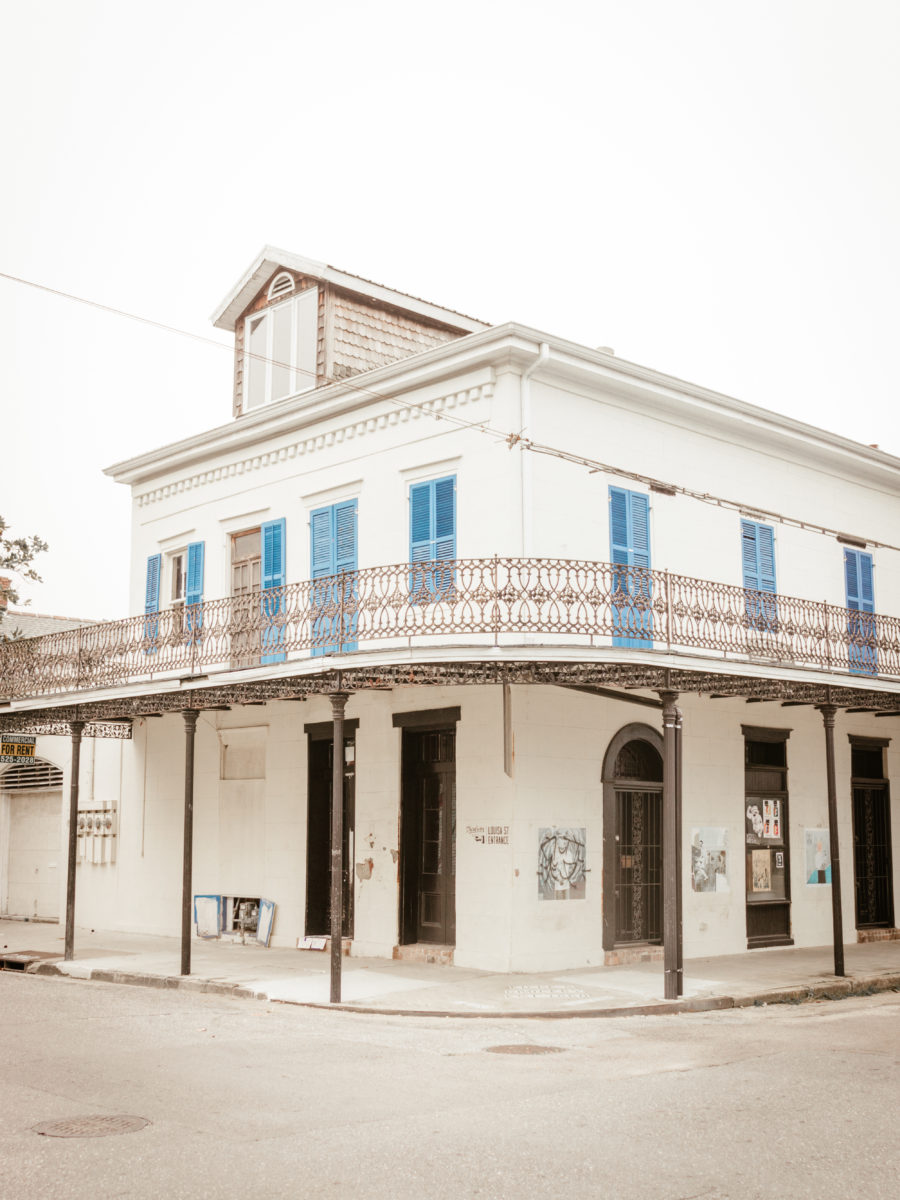