The Best Restaurants in Dallas, Texas

Expect communal dining and one of the best meals you've had in awhile at Petra and the Beast.
IndexAnnie Werner

From the best brunch and Mexican cuisine, here’s where to eat the best food in Dallas, Texas.

Here’s what you need to know about the Dallas restaurant scene: it’s massive and high quality and more diverse than you might expect. Formerly a tired steakhouse haven with some underwhelming Tex Mex restaurants that went franchise in the 90s, dining in Dallas today offers some of the most unique dishes and experiences that emphasize the spirit of the city (which is to say, they won’t be minimalist or boring)—so much so that Bon Appetit named Dallas the 2019 Restaurant City of the Year.

The Dallas metropolitan area itself is sprawling, and many will tell you that some of the best food, particularly of the Asian diaspora, lies in its suburbs. But for the travel reader’s sake, here we’ll focus on Downtown Dallas and its immediate surrounding neighborhoods, in which some of the city’s most exciting restaurants reside (and also happen to be around other things you might want to do, like see art or go shopping). 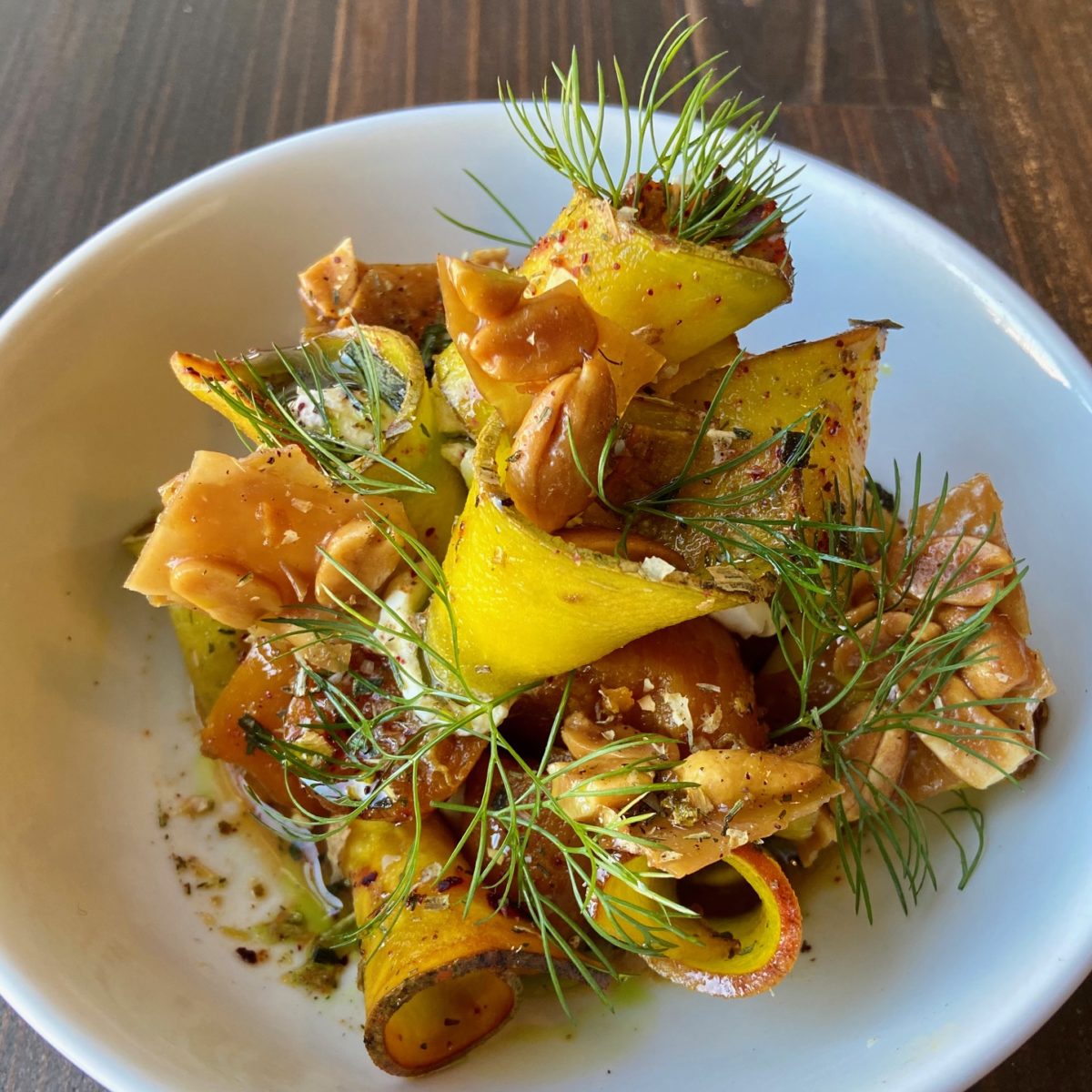 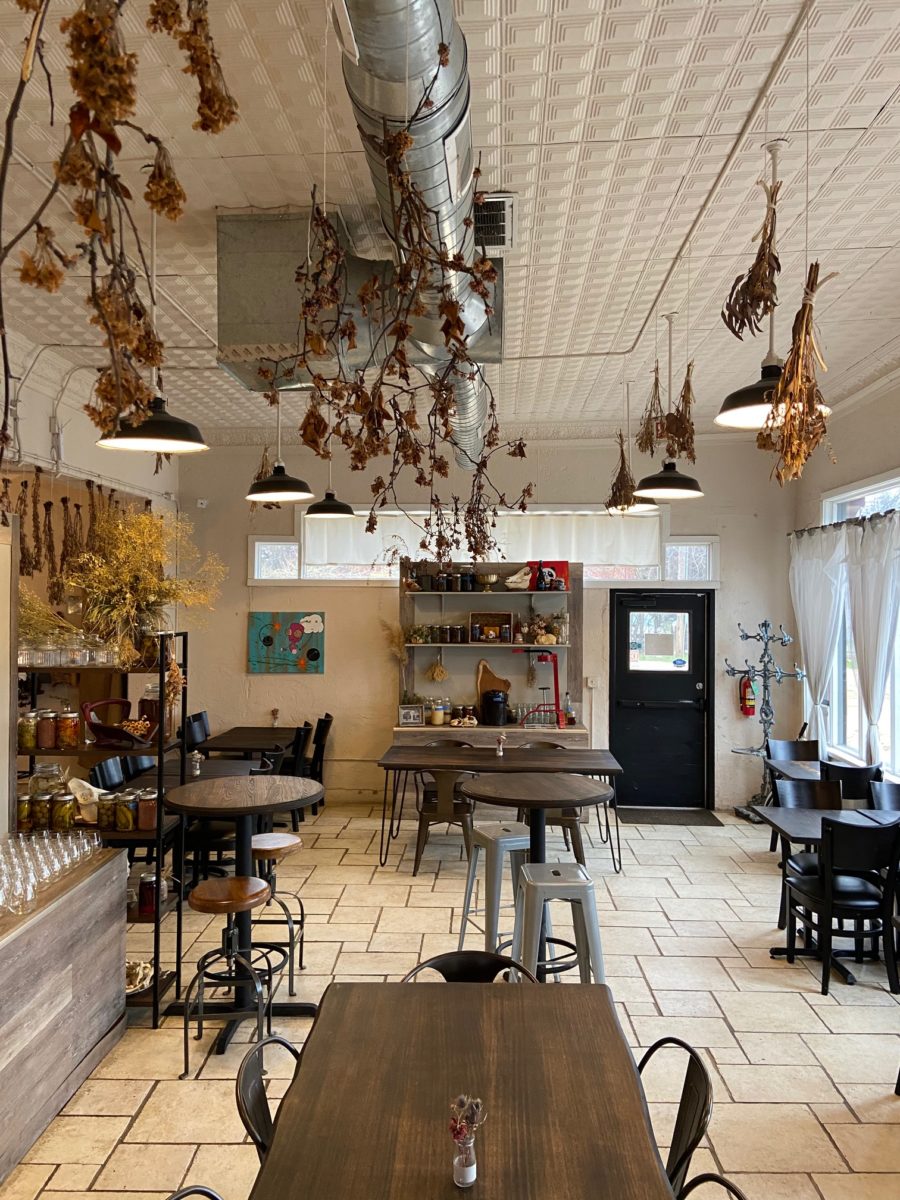 One of the best things about Petra and the Beast? It's BYOB.

You Can’t Leave Dallas Without Eating at These Restaurants

Petra and the Beast

Pull up a chair and settle in for one of the most unique and delicious meals you can have in America right now. The large chalkboard menu may be overwhelming with its host of local ingredients inventively combined—ask the server to help you decide, just make sure you get a charcuterie board. But while it may be one of the most exciting restaurants in the country right now, it’s also completely unpretentious—and sustainable. The kitchen claims to be almost totally no-waste. Housed in a former gas station in Old East Dallas and decorated with dried flowers, the cherry on top is that Petra and the Beast is BYOB.

You might be asking why you would come all the way to Dallas, Texas, to eat an obscure Southeast Asian cuisine and the answer is twofold: 1) Donny Sirisavath’s Laotian food is remarkable and wholly unique from the typical Thai and Vietnamese you’re used to ordering on Seamless. 2) It represents an important aspect of Dallas’s broader culture: the metroplex has one of the largest populations of Asian immigrants in the country, and their cuisine dominates the city’s restaurant scene. The flavors are bright and briney and spicy with textures and flavors you need to experience—make sure to order the boat noodles, the shrimp bites, and the moutsayhang, which means “a bite of everything.” 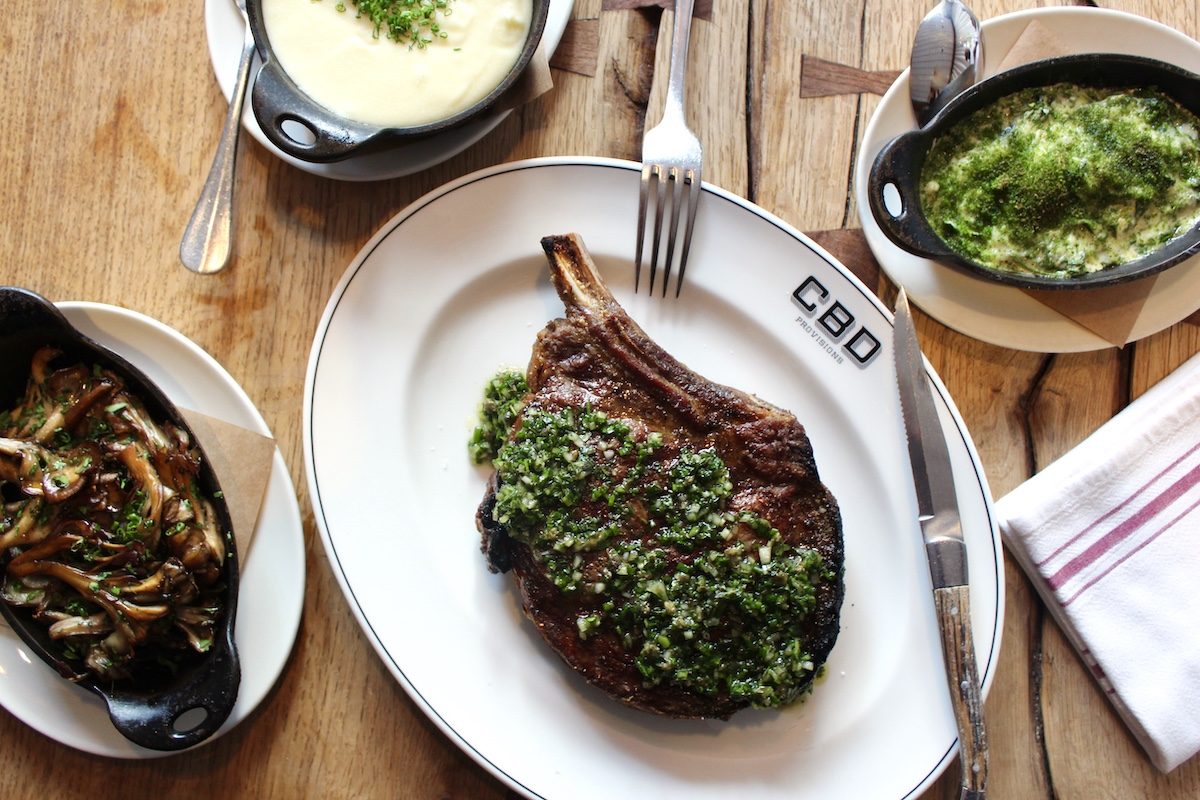 Enjoy the best of Texas cattle like Cote de Bouef at CBD Provisions inside The Joule hotel in Dallas. 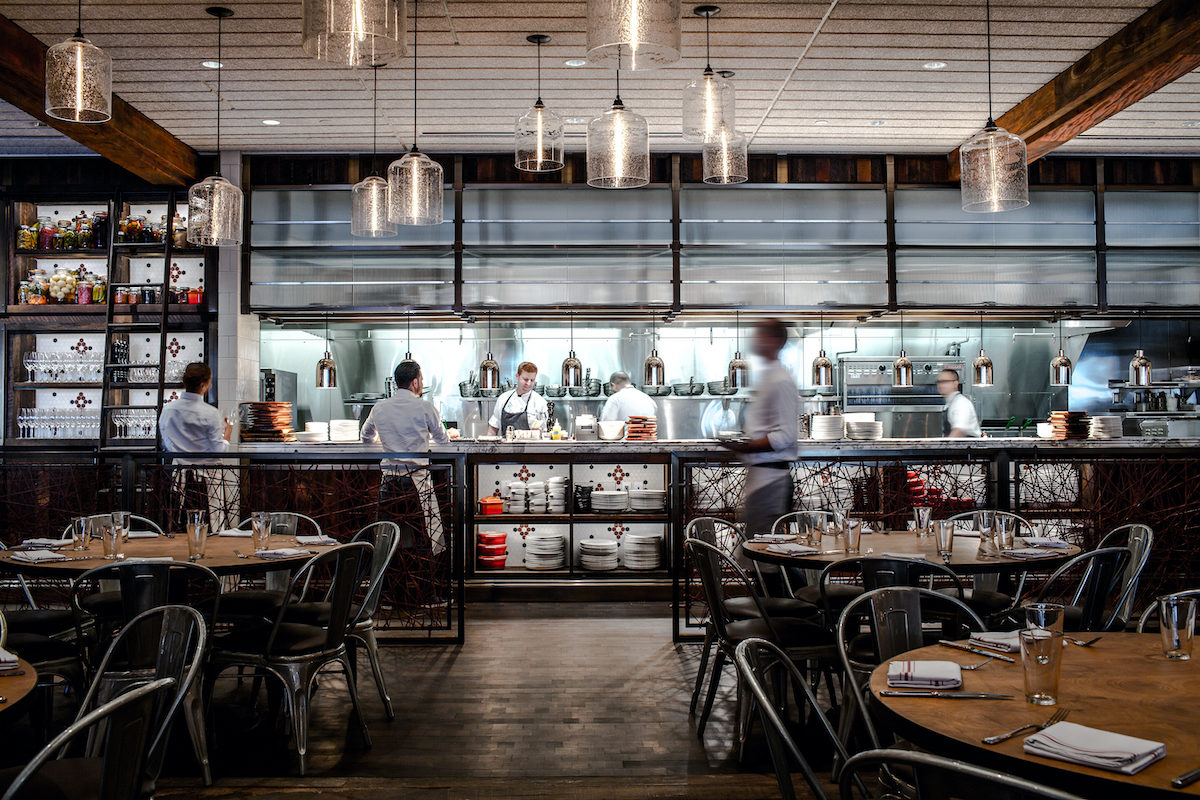 Where to Go For a Nice Dinner in Dallas

Both of these Downtown establishments are run by the folks at hotel hotspot The Joule. CBD Provisions plays on the classic Texas steakhouse with interesting twists like Texas Wagyu Beef Tartare and Berkshire Pig Head Carnitas served family style, while Mirador offers polished American fare and craft cocktails with 11th-floor views of Downtown Dallas.

You can do these essential sister restaurants with a James Beard award-winning team in a one-two punch: Head to Macelliao for house-cured charcuterie and inventive Italo-Texan snacks, then hop over to Lucia for handmade pasta with local ingredients. Both Bishop Arts District-based spots are in cozy, historic environs and are the perfect places for an intimate night out. 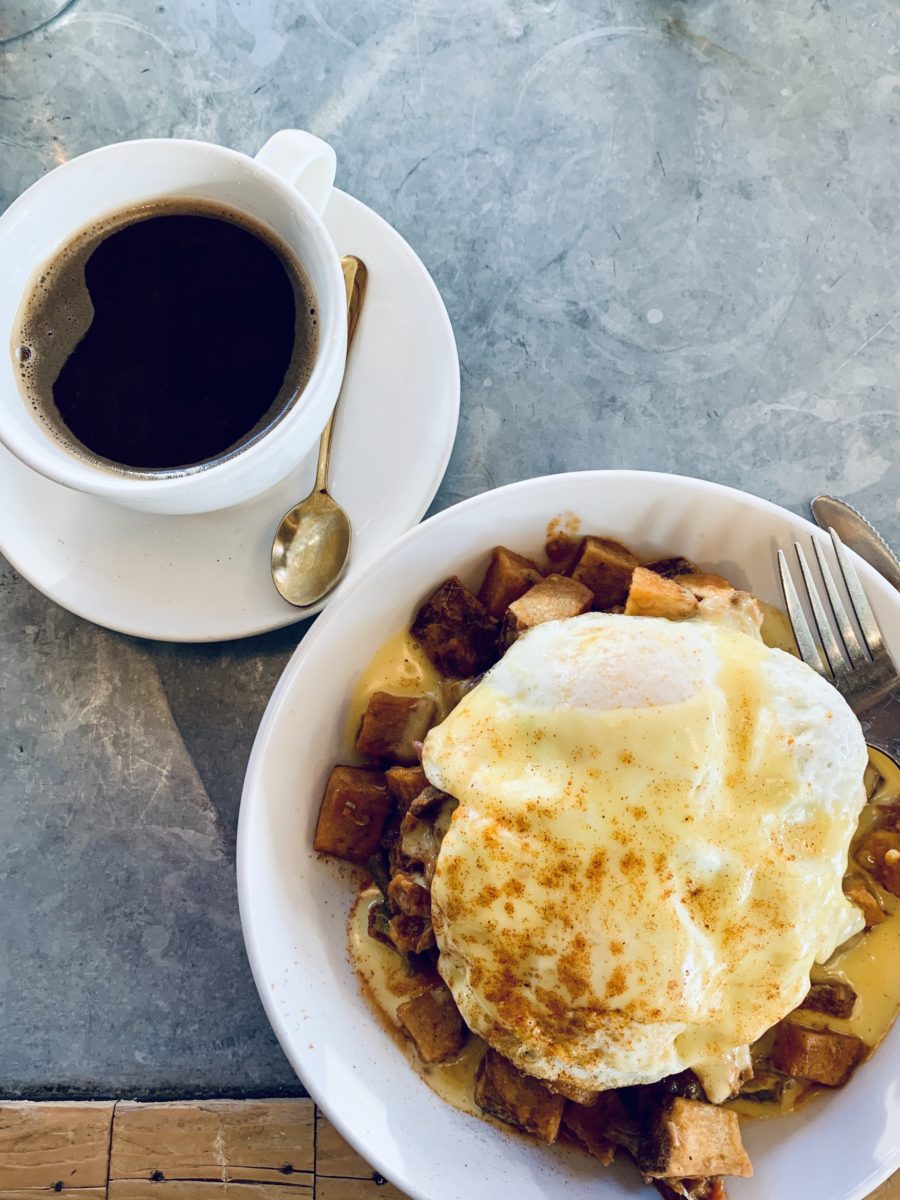 A very good way to start the day at Oddfellows: pour-over coffee and brisket hash. Photo by Annie Werner.

The Best of the Dallas Brunch Scene

We wish we could start every day with a 20-minute pour over coffee, an actual physical newspaper, and a giant spicy brisket hash, but we’ll settle for this exact experience on a visit to Oddfellows in Dallas’s Bishop Arts District. You could spend all day in these rustic diner vibes if there wasn’t so much to explore in the surrounding neighborhood.

It’s always great to know where the best avocado toast in any city is, and in Dallas, it’s at City Hall Bistro. But this all-day Downtown restaurant does more than cater to millennial microtrends. Housed in the former Dallas city hall, you’ll take an opulent labyrinth through the Adolphus Hotel to get to City Hall Bistro’s comfy modern environs. Try the chicken and biscuits or the eggs benedict with wagyu beef.

Tucked behind some folksy Bishop Arts District shops, Coco’s Fire & Ice offers some of the best Mexican food in Dallas. You could go hear for any meal, but their brunch is particularly stellar: try the Huevos Divorciados, a two-faced cousin to huevos rancheros, or the tamales and a margarita will never fail you. 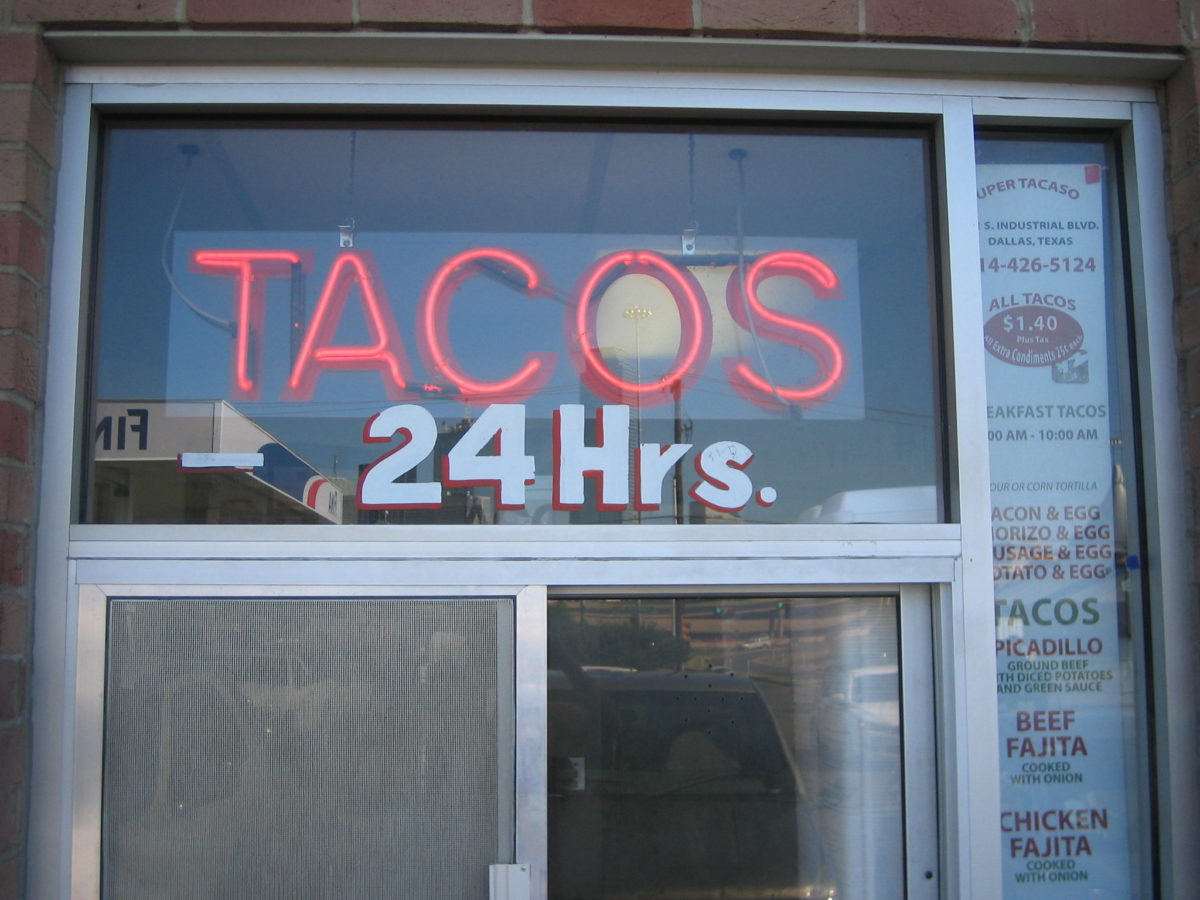 Live by this mantra: some of the best food around is made in gas stations and car washes and Fuel City in Dallas proves it. 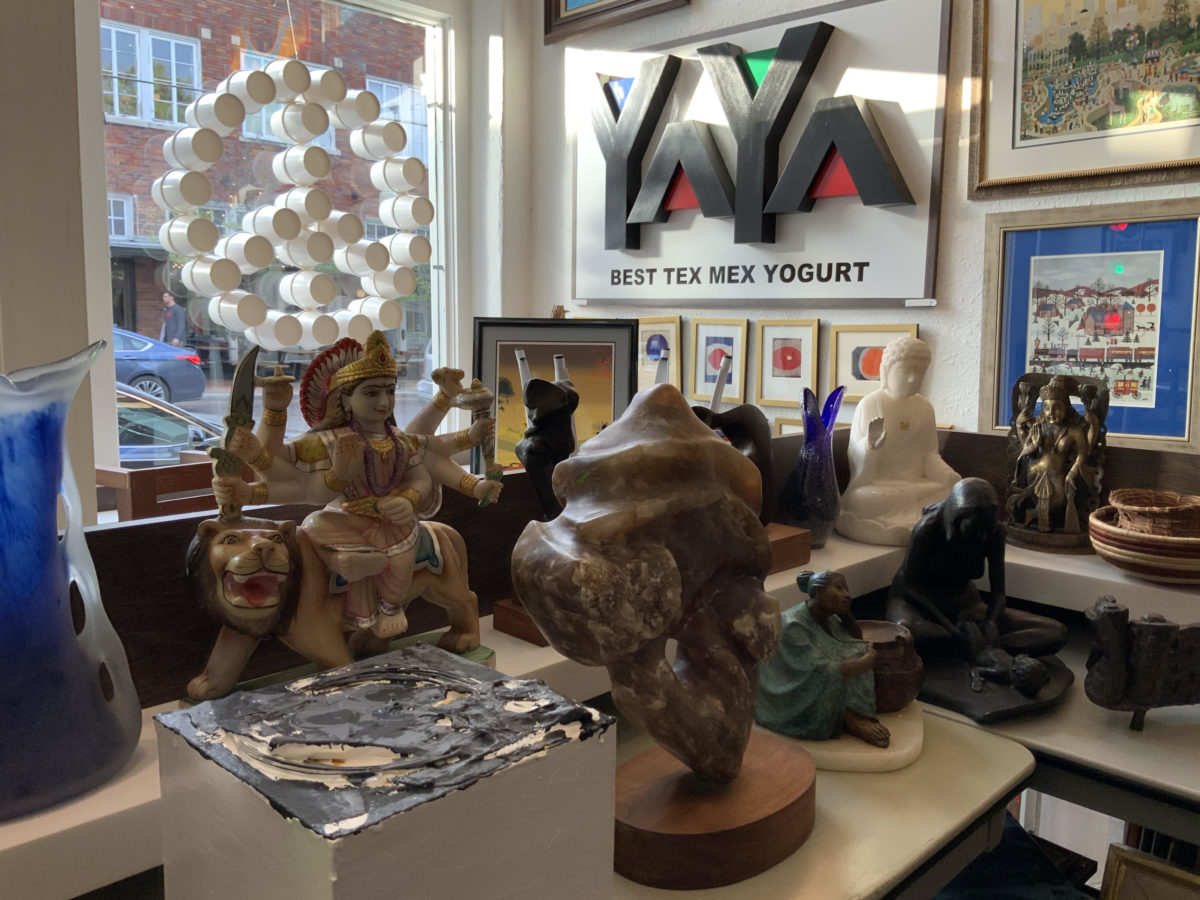 We’re big believers in gas station-based food offerings, and Fuel City is a Dallas classic. This cash-only establishment serves breakfast tacos all day, along with “fried pies” that are something in-between an empanada and a crispy taco with various fillings. Located in a no-man’s land intersection between Downtown, Trinity Park, and the Design District, the second best part is that you can get your car washed while you wait.

Established in 1984, the Mexican food here is always on point at this family-run restaurant and not just the tamales—their breakfast tacos are also widely lauded. Don’t dismiss this Old East Dallas hole-in-the-wall just because it’s in a strip mall.

Stick with us here: It’s frozen yogurt and it’s artisanal Tex Mex flavors and it’s also filled to the brim with the owner’s funky art collection. Mixing flavors like “Gentle Jalapeno” and “Mysterious Guava,” both of which are housemade and trademarked, will have you calling for a revival of the late-aught’s fro-yo trend. They have toppings to add, but with interesting flavors like these you probably won’t need them at this quirky Bishop Arts District snack stop.