Cyndi Ramirez, founder of concept spa Chillhouse, packs at her home in the West Village for a weekend Upstate.

It’s winter, and Chillhouse founder Cyndi Ramirez is going Upstate a lot. This is what she always takes with her when she needs to get away from Manhattan chaos.

Cyndi Ramirez has made a career out of creating little oases for herself—as a self-described serial entrepreneur, most recently as founder and CEO of the concept spa Chillhouse in New York’s Lower East Side.

Chillhouse offers massages, facials, nail art,  and infrared treatments—what Ramirez calls “the basics”—and employes between 50-60 people (who are most definitely encouraged to use Chillhouse services).

“We’re not trying to be all woo-woo,” she says. “We want to provide services that people actually feel are essential to their routine.” 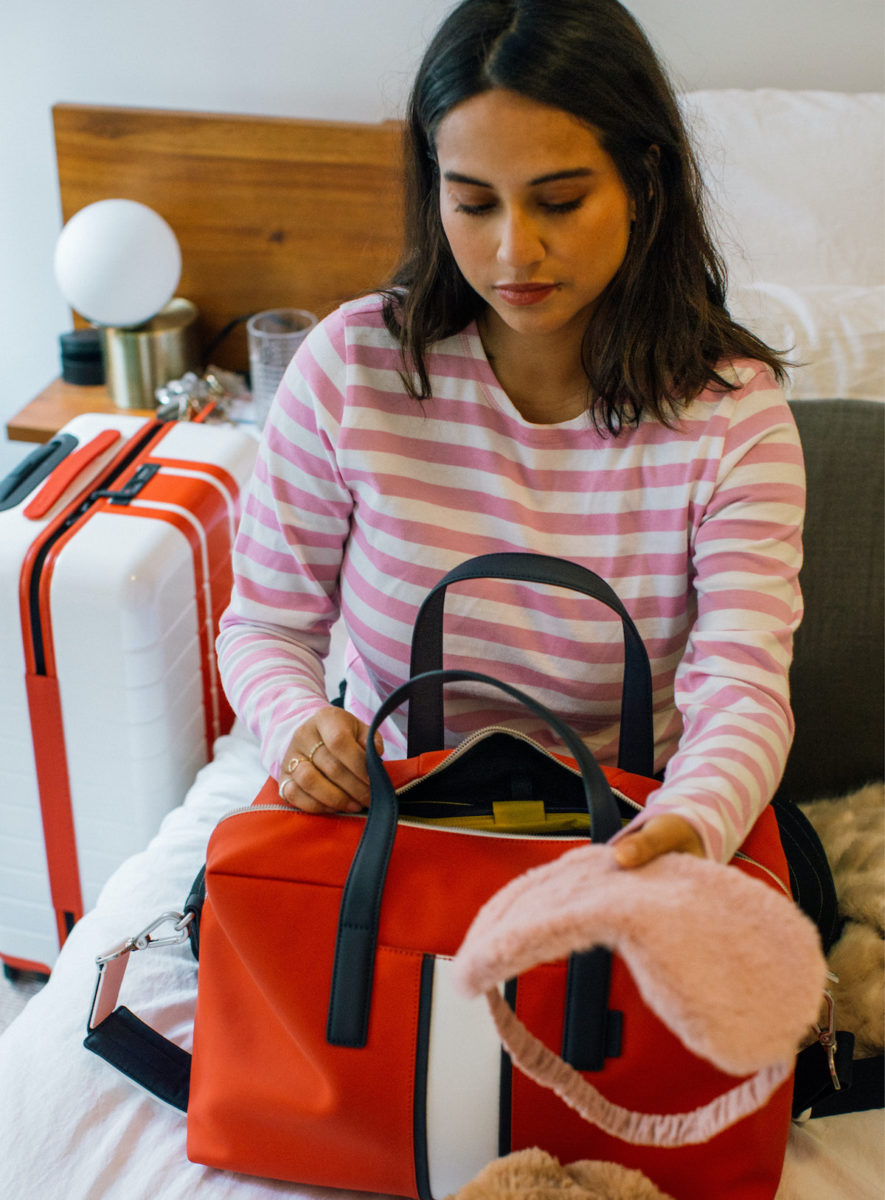 Mix that with some cool neon lights and instrumental hip hop on the loudspeaker and you’ve got Chillhouse, an urban oasis with a devoted membership and Instagram following.

Born and raised in Queens, Ramirez loves “everything” about New York City—its diversity, convenience, its center-of-the-universe-ness. But last year she was drawn to Upstate New York, going in on a place with her husband, sister, and brother-in-law.

“I grew up in apartments my whole life,” she says. “It’s nice to finally have a house where we can all congregate, a family home, finally, for ourselves. It’s very grounding.”

She heads Upstate almost every month and has perfected her weekend travel routine. Below, Ramirez shares her Upstate essentials for the perfect winter weekend getaway—along with some of her other favorite chill places to travel. 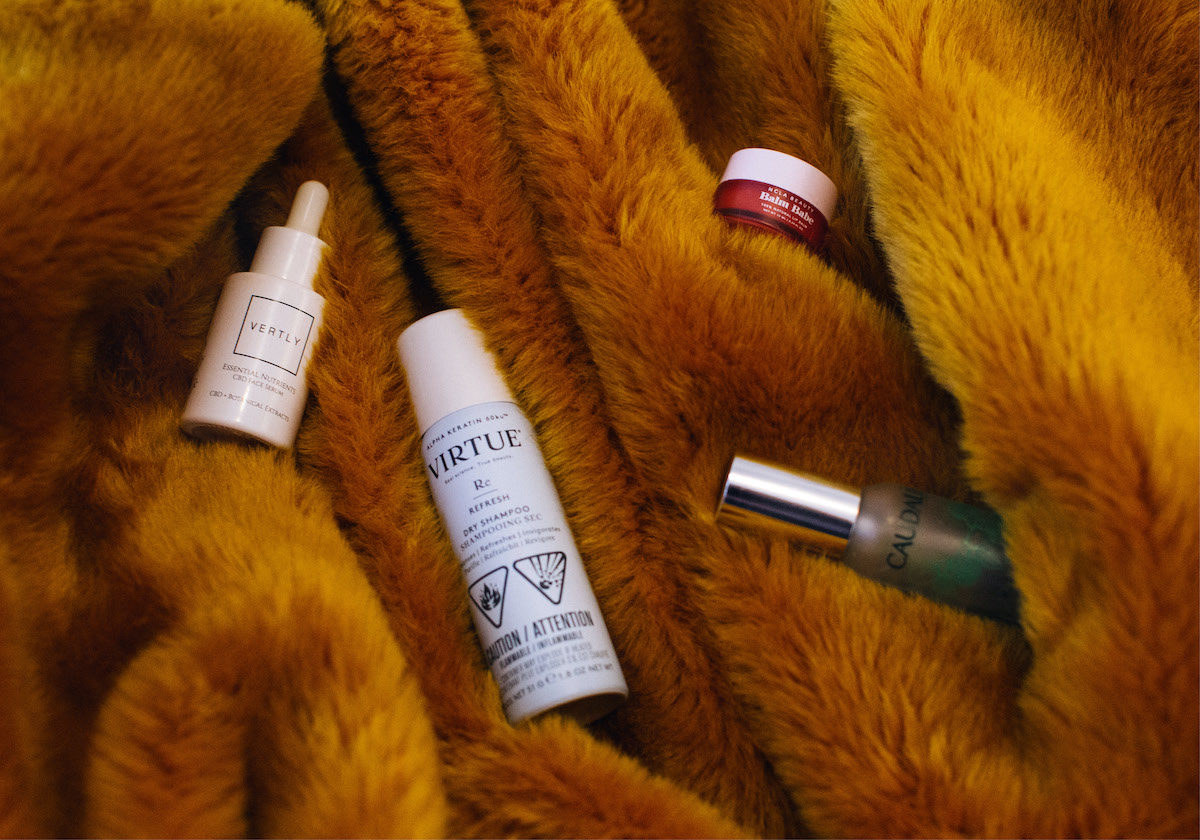 Ramirez takes a paired down approach when packing to go Upstate for a weekend. Shop her essentials below.

I have two of these waffle robes from Parachute. I live in them around the house and Upstate, too. I like to feel as cozy as possible. It obviously gets cold Upstate so our Chillhouse beanie comes in handy. I wear these fuzzy slippers I got on Lou & Grey everywhere, all over the house.

“If I forget any other skin product for my routine, as long as I have this I’m happy.”

Dry shampoo is also important. I hate washing my hair over the weekend—I want to not shower as much as possible. Dry shampoo goes with me everywhere. It just never leaves my carry on. Same with the Beauty Elixir from Caudalie. I’ve been a fan of it since I was 18 years old. The Vertly CBD face serum—if I forget any other skin product for my routine, as long as I have this I’m happy. I should bring SPF too, but the chances of me going outside when we’re Upstate are… not high. Maybe when it gets nice out we’ll start hiking. But yeah, not yet. I also love this little lip balm from Balm Babe. It’s watermelon scented and flavored, so it’s just a nice little thing that I always keep in my bag.

Our house is sun-drenched, so I keep a face mask with me at all times in case I can’t deal with it. For the most part I actually don’t sleep with the face mask, but it always comes with me just in case. 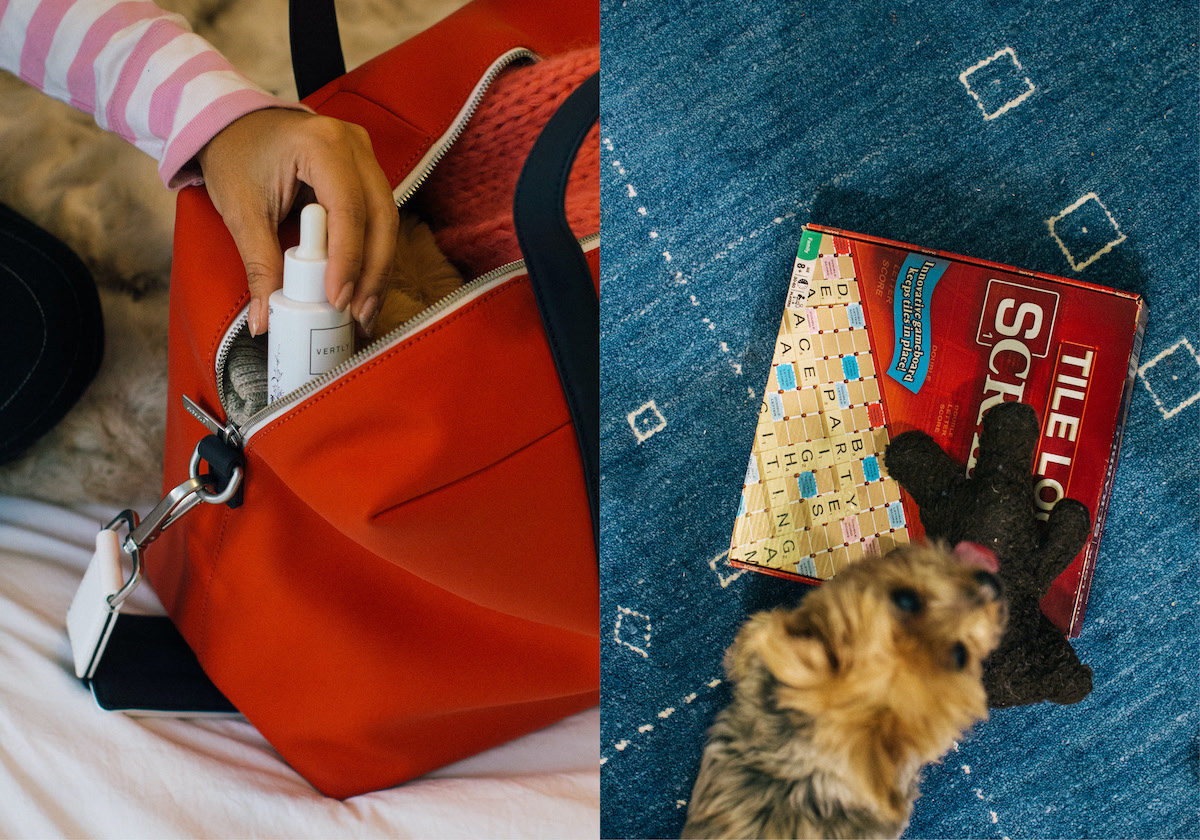 It wouldn't be a weekend Upstate without Vertly CBD Face Serum and a game of Scrabble. Ramirez's pup Rocky approves.

Upstate, it’s affordable. You can get really great land for not too much money still. There’s just so much happening up there and it feels like a little quick escape. As a Manhattan person, your shoulders are constantly up to your ears, and the second you start driving up that tension just melts away, especially knowing you’re going to a house that’s quiet, surrounded by nature.

I do travel a lot and I think the one thing that saves me is just buffering in one day where I am just home. Whether that’s landing on a Sunday morning versus a Sunday night or taking the day off on Monday to settle back in. Not rushing into the office right away.

→Read more about the best hotels in Upstate New York. 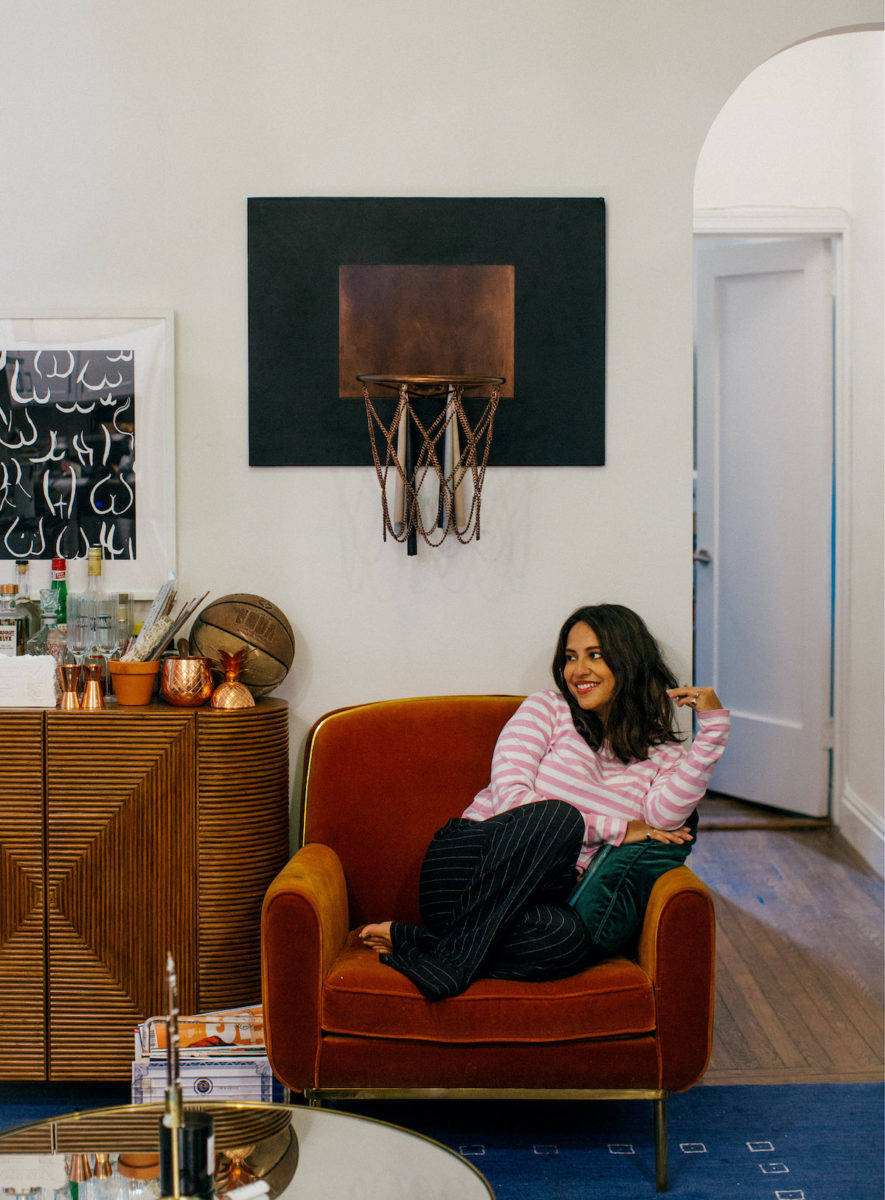 "Being Latina... It’s super important to me to continue to encourage younger girls to be their authentic self and still chase their dreams." 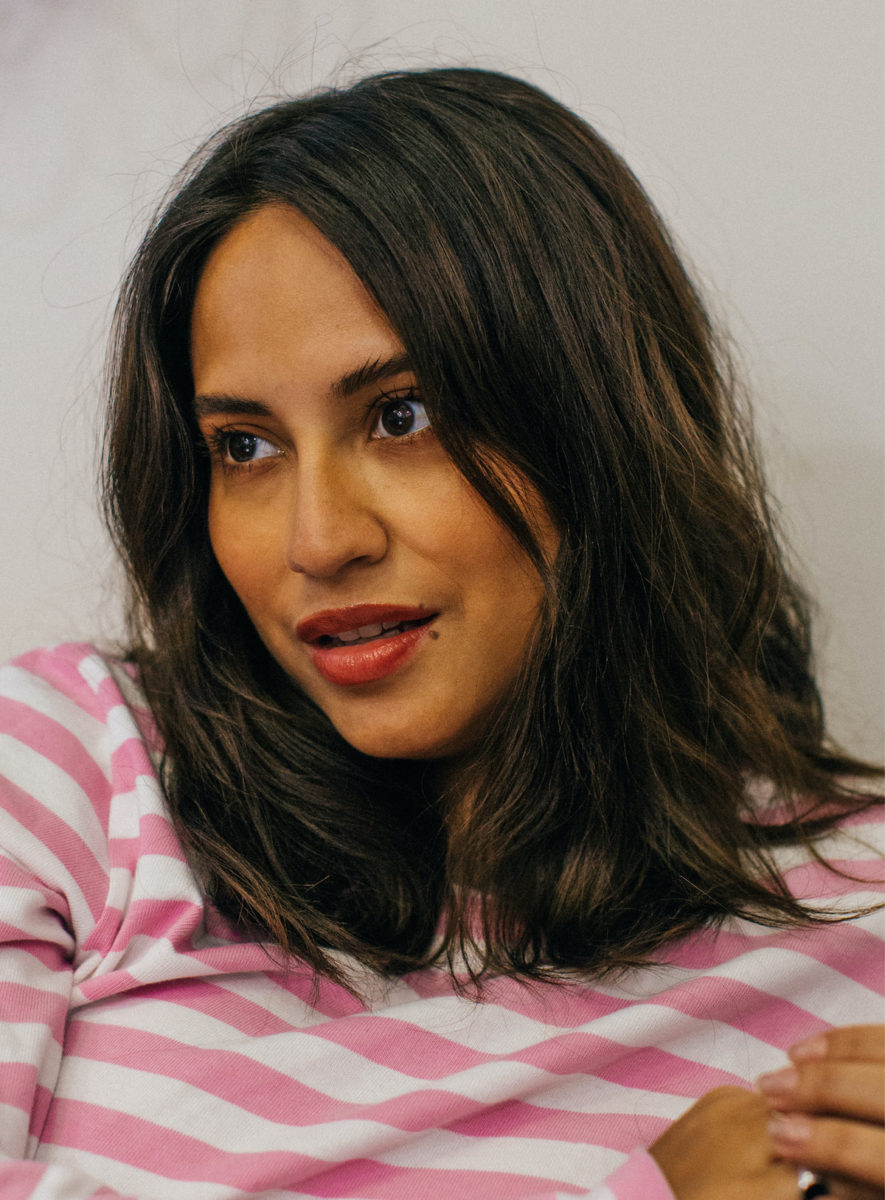 "I love that I get to make up my own rules," says the serial entrepreneur.

I went to Comporta, Portugal, last year and I thought it was stunning. It was just a beautiful beach destination that felt a little less stuck up than the Saint Tropezes of the world, but still had that air of elegance and Euro-sexiness. I’m also a big fan of Mexico—it’s one of my favorite countries. My husband and I try to go to Tulum at least once a year. We recently went to Mérida on the Yucatan peninsula, about two hours west of Tulum. It was really beautiful and kind of eerie.

If I had to name one place that’s inspired my work at Chillhouse, it would have to be LA. The Cali-lifestyle. Chillhouse is like New York meets LA in a self-care concept, because it has that New York attitude where it’s a little sassy and playful and doesn’t take itself too seriously. But it’s also got that automatic LA chill when you walk in that you don’t normally get from a New York establishment.

→Learn how one entrepreneur stays zen while traveling. 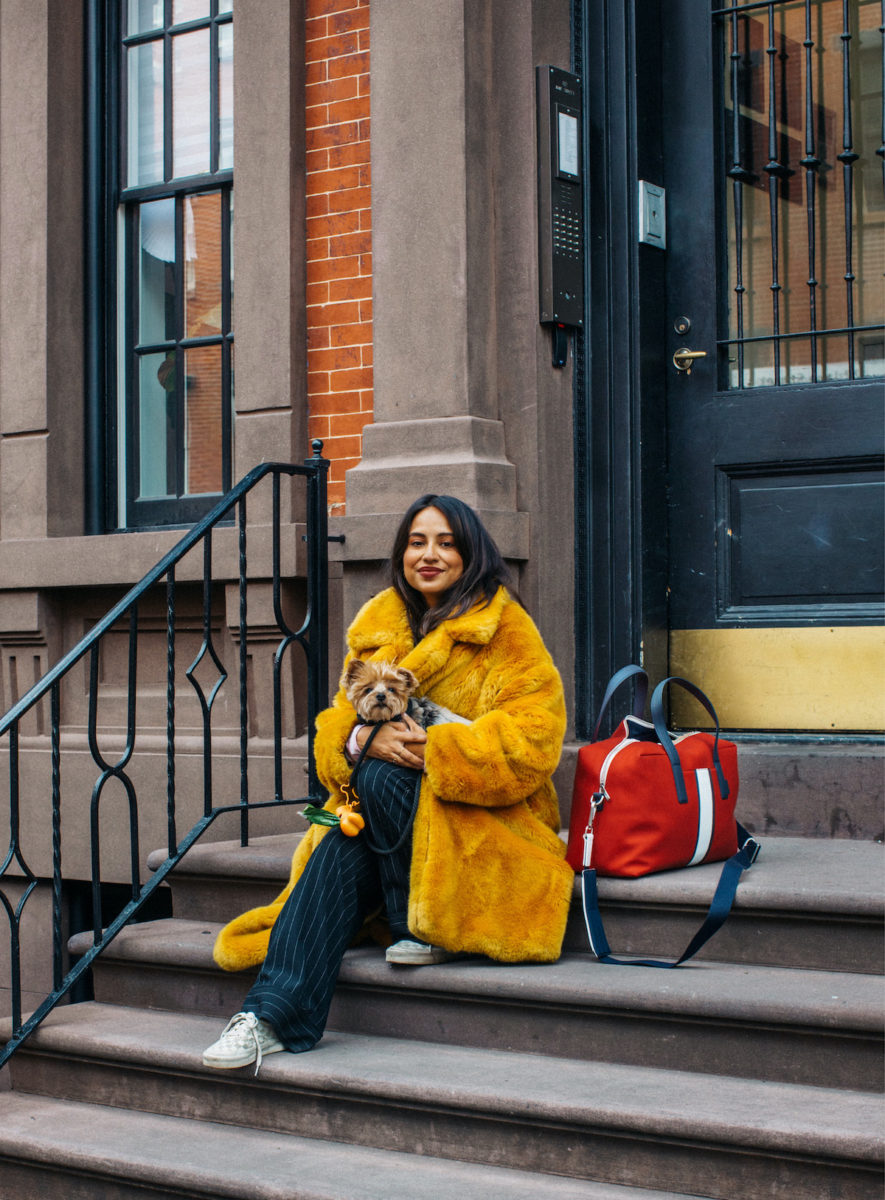 Ramirez and Rocky in the West Village, ready to head Upstate. 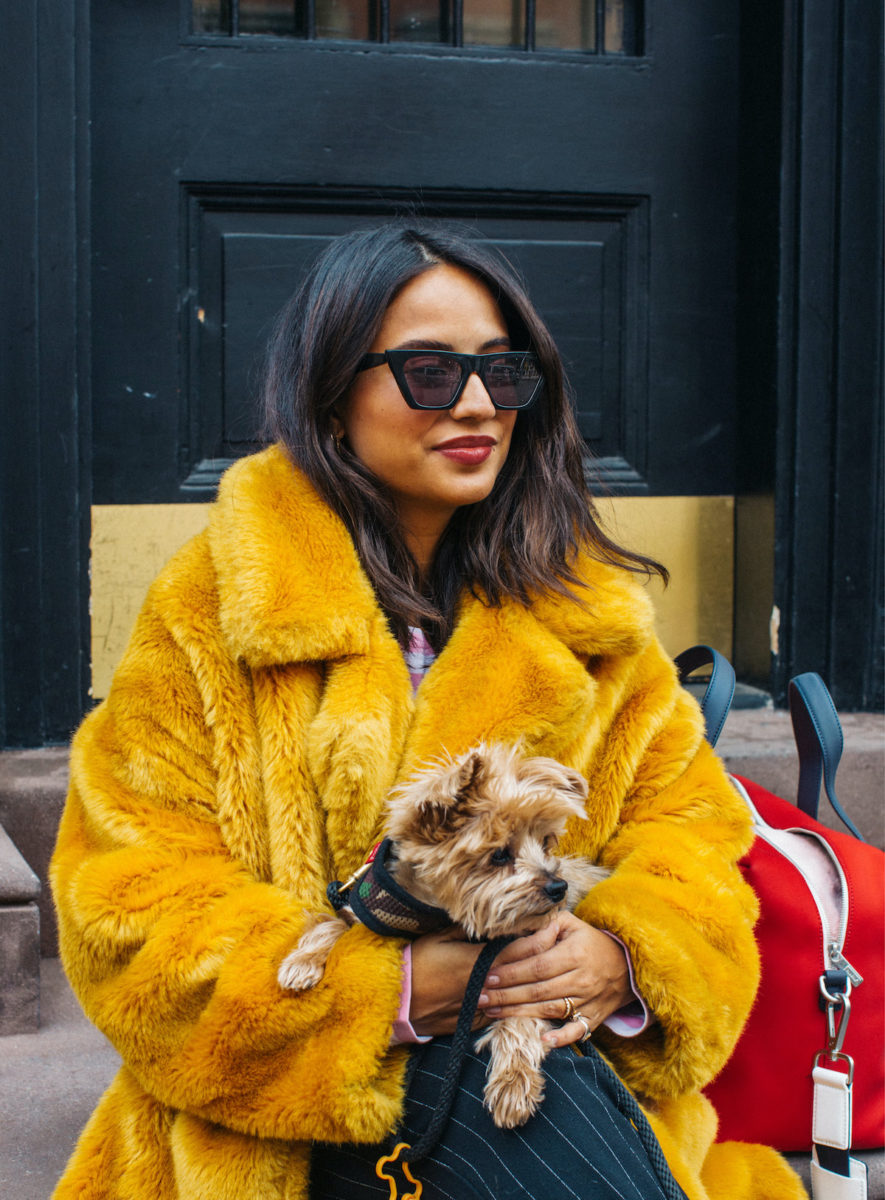 We tried one of the Russian bathhouses, the Banya No. 1 in London, and it was just a wild experience. It’s kind of hard to explain. You sit there and then they put this cover on you, basically cooking and you’re definitely overheating and then at some point they take you out and force you into a cold plunge. Then you come out and they put mud on you and then you get exfoliated. And they’re all very business-like about it. It’s a very fascinating experience.

I love that I get to make up my own rules. I’d say the biggest thing is that I can inspire younger girls to chase their dreams. Being a Latina, pushing the envelope for what it means to be a woman in business and someone that’s not usually looked at as a CEO type—it’s super important to me to continue to encourage younger girls to be their authentic self, and still chase their dreams.