The wine list at Noma paved the way for Copenhagen's emphasis on natural wines. Photo by Lou Stejskal.
IndexJames Clasper

Copenhagen may be ground zero for the world’s natural wine craze due to its recent crop (and high concentration of) restaurants and bars that prioritize naturally-made wines. Below, wine expert Solfinn Danielsen shares where to get natural wine in one of the world’s most renowned food capitals.

Originally from the Faroe Islands, Solfinn Danielsen discovered the delights of natural wine in 2012, while working at Manfreds, a bar and restaurant in Copenhagen.

“I didn’t know what it was in the beginning, but I had the same feeling that made me become a chef in the first place,” he says today about wine that is made with minimal intervention and fermented using naturally existing yeast, otherwise referred to as “natural” wine. “I felt the energy and the craving to taste it again, and more, all the time.”

Back then, Manfreds was among a handful of places in the Danish capital that served natural wine. Another was Noma, the groundbreaking New Nordic restaurant, whose head sommelier believed it better suited René Redzepi’s famous cuisine, which focused on seasonality and locality (or “time and place” as Redzepi put it).

Today, Copenhagen boasts an entire ecosystem of eateries that champion natural wine—including several whose ambition is to make it more accessible. 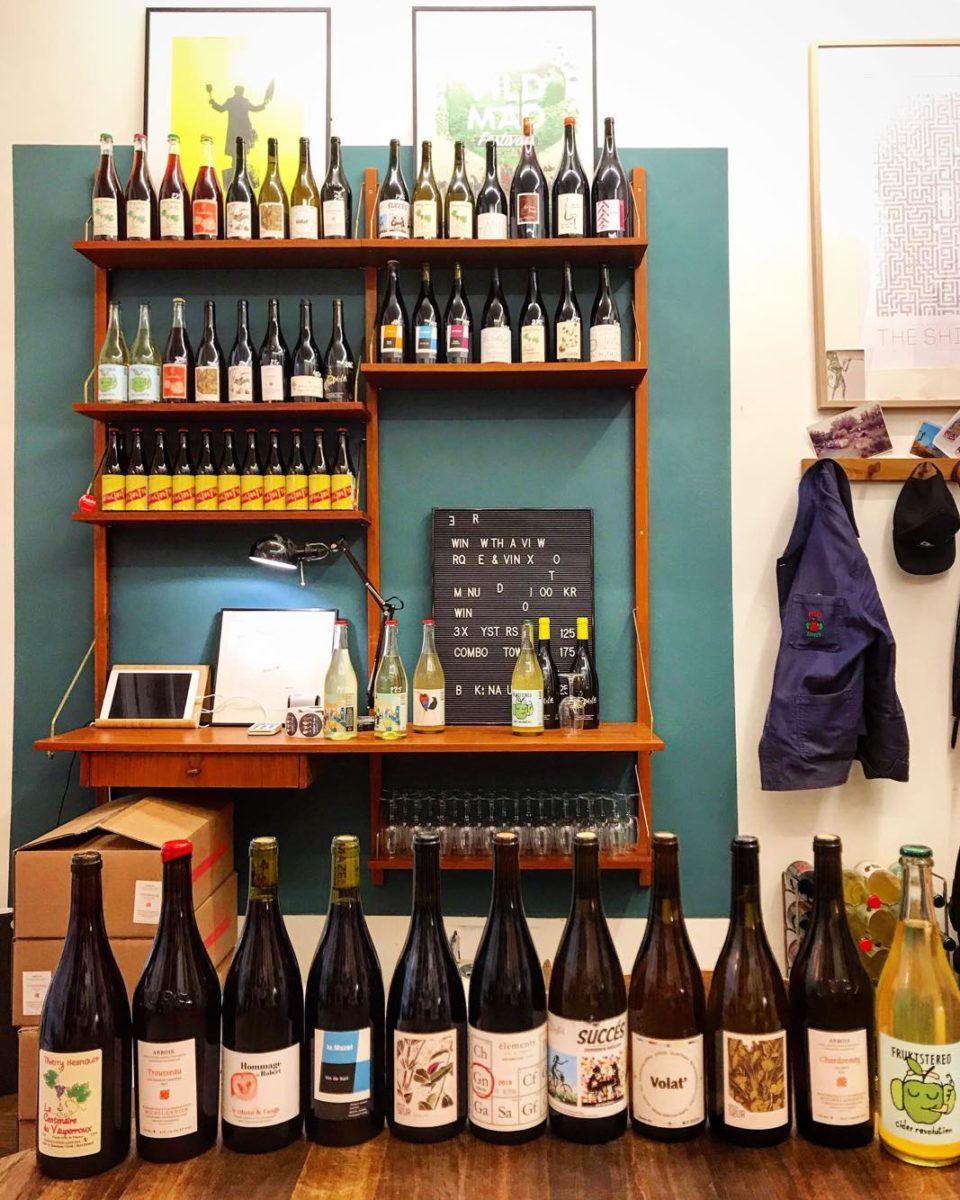 Danielsen’s laidback bottle shop, Rødder & Vin, is one such champion of natural wines. 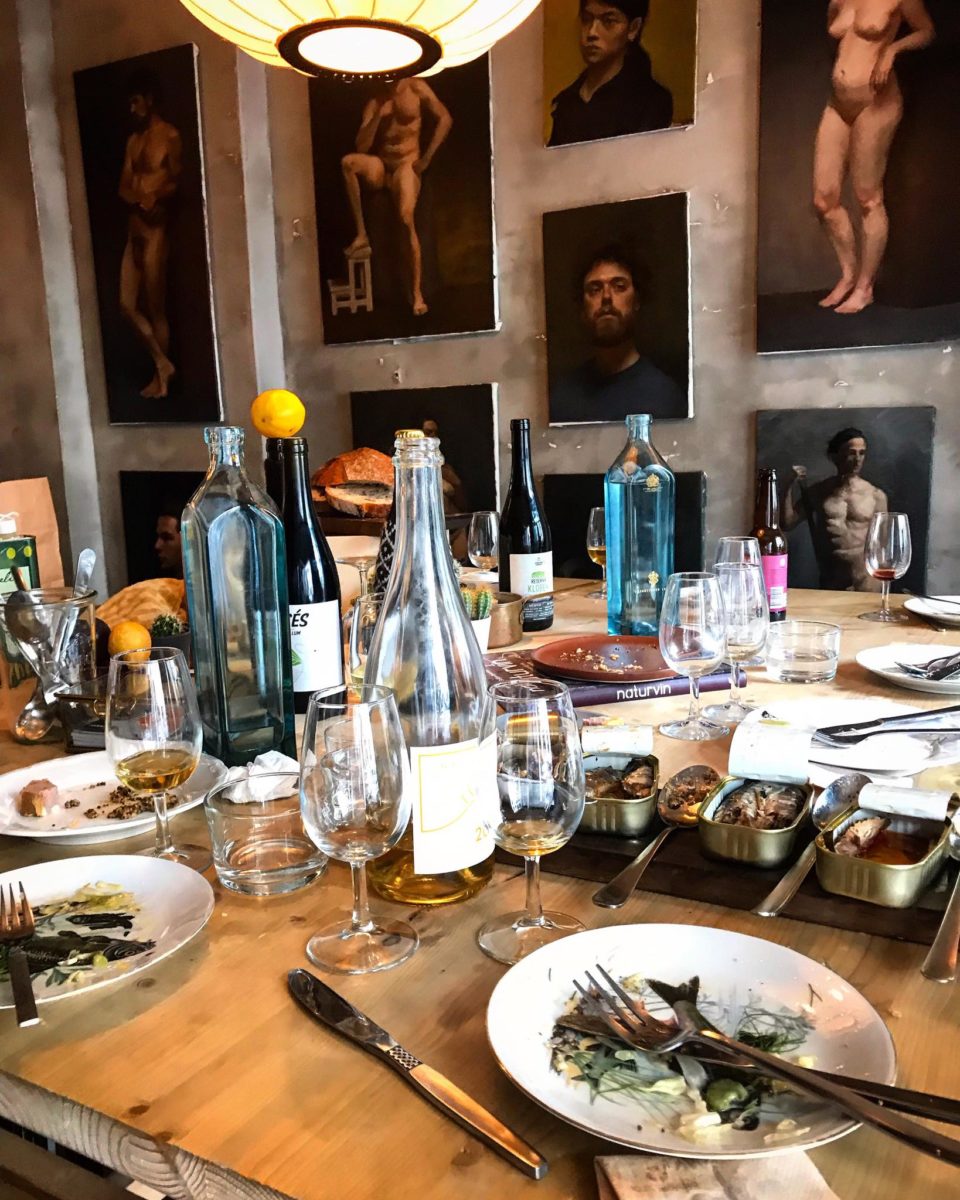 Consider, for example, Danielsen’s own wine bar and bottle shop—Rødder & Vin—which he opened in the multicultural neighborhood of Nørrebro five years ago.

“We’re blessed with a lot of bars doing natural wine,” he explains. “I want mine to be so unpretentious that you’d feel silly talking about grapes as an entry point. Taste the wine. Do you like it? If so, I’ll pour you a glass. If not, I’ll find you something else.”

In other words, much like Copenhagen itself, drinking natural wine should be a delightfully laidback experience. Below, Solfinn shares his ten favorite places to enjoy “juice” in the Danish capital. 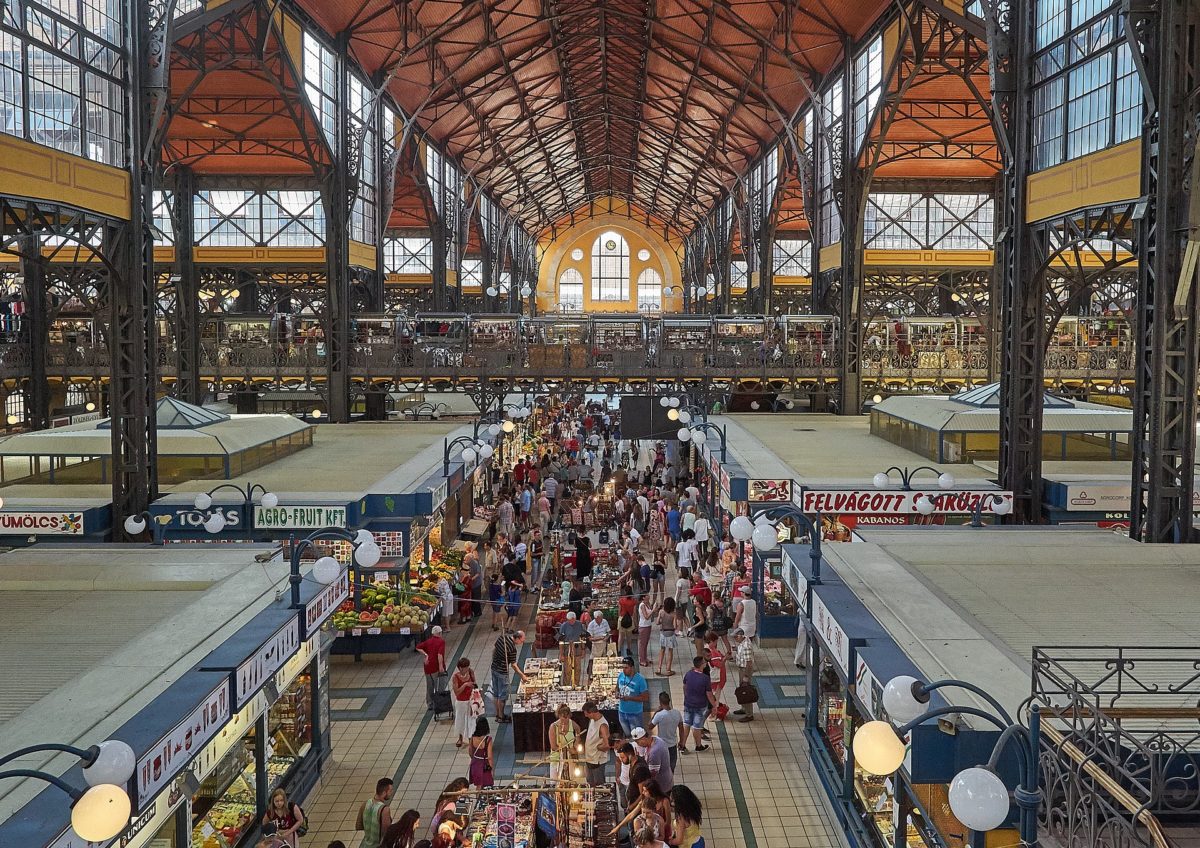 One of Copenhagen's best natural wine havens is a small grocery store inside the city's famed Torvelhallerne Market.

Where to Sip Natural Wine in Copenhagen

“If I opened a wine bar-slash-restaurant, this is how I’d do it. It’s located in the city centre and the wine selection is super-eclectic and very good. They only have wine on their list if they like it, not because they feel they have to have it.”

“Located in Torvehallerne market, this grocery store is perfect for casual lunches—and daytime drinking. They’re cheesemongers and sell artisanal products from Denmark and southern Sweden. They also do small dishes like homemade pasta or chicken liver pâté—and have a small but well-curated wine list.”

“Not a wine bar per se but a bottle shop in trendy Vesterbro where you can drink (and eat takeout pizza). Their wine selection is very personal and never boring. While some of the wines are quite funky, others are also quite classical. Or classical for natural wine, at least.”

“Another bottle shop-slash-bar, but one that’s under the radar. There’s nothing hyped about it. The owner, Maria, has different taste than me—she prefers rustic, tannic, southern French wines—but I still like it. It’s a super-nice place to go and share a few bottles with friends without getting ripped off.”

“With its speakeasy vibe and luxury look, this is Copenhagen’s best cocktail bar. It also has a well-curated wine list—one that’s especially good for sparkling wine and Champagne. I’ll go here for pre- or post-dinner  drinks when I want to celebrate with a glass of Champagne.” 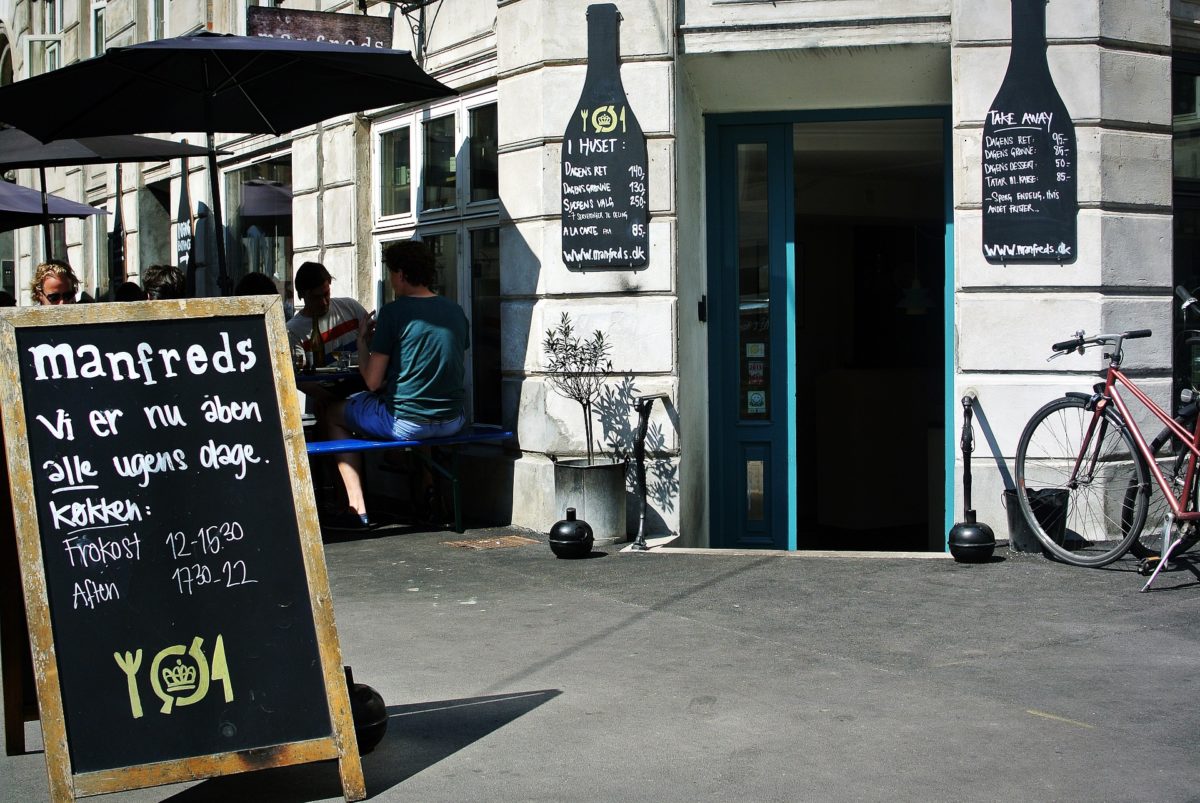 Manfreds is credited with pioneering the city's natural wine frenzy.

“An institution that everyone who comes to Copenhagen should visit. It’s where natural wine first exploded in the city. I love it in the summer when you can sit outside, eat the now-iconic beef tartare, share a bottle of wine with friends, and watch the world go by on one of the city’s coziest streets.”

“Excluding this posh bar would be like making a Copenhagen restaurant list and leaving out Noma. It was one of the first to serve natural wine and I still go there for a glass of wine before dinner when I’m in the city center. The prices may be high, but you’re sitting in designer chairs with views of the Danish parliament.”

“A cool restaurant with an excellent wine list. It’s so far out of town—in post-industrial Refshaleøen—that they don’t like to say no when you walk through the door. I go there to drink a bottle at the bar and follow it with fried chicken at their nearby sister restaurant, Broaden and Build.”

“A super-casual place in a super-posh part of town. For me, it’s about sitting at the bar and having some small dishes, especially the Faroese langoustines and sea urchin with hot-buttered toast. The wine list is fairly priced and includes a lot of Australian and Italian wines.”

“A low-key wine bar that’s near my own, where they do wine by the glass for 50 Danish kroner—which is super-affordable for Copenhagen. The sommelier is from Paris, and Pompette is much like a Parisian wine bar, so when I want to drink wine in a wine-y way, I go there.”