In Cleveland, Ohio, Global Flavors Spice Up the Food Scene

In operation since 1898, Guarino's is Cleveland's oldest restaurant, located in the Little Italy neighborhood. With a 50-year-old family recipe for lasagna, it's the real deal. Photo by Cody York.
IndexCaroline Eubanks

Cleveland, Ohio is home to one of America’s largest immigrant populations, and by extension, some of the best global cuisines. Discover these family-owned gems in the heart of the Midwest.

Midwestern cuisine is so much more than meat and potatoes. In Cleveland, Ohio—the top city for immigrants seeking American citizenship—the culinary scene has gone global, with countless family-owned restaurants showcasing cuisine from around the world. Here are our top picks for the best global flavors around Cleveland.

Beloved by locals, Aladdin’s is a group of family-owned restaurants that first opened in Lakewood in 1994. Owned by Lebanese immigrant Fady Chamoun, the menu includes fresh Mediterranean fare like hummus, stuffed grape leaves, and warm baked pita. With plenty of vegetarian, gluten-free, and vegan options, Lebanese food has something for everyone. For a unique bite, try their pita “pizzas” topped with falafel, fresh veggies, or shawarma. 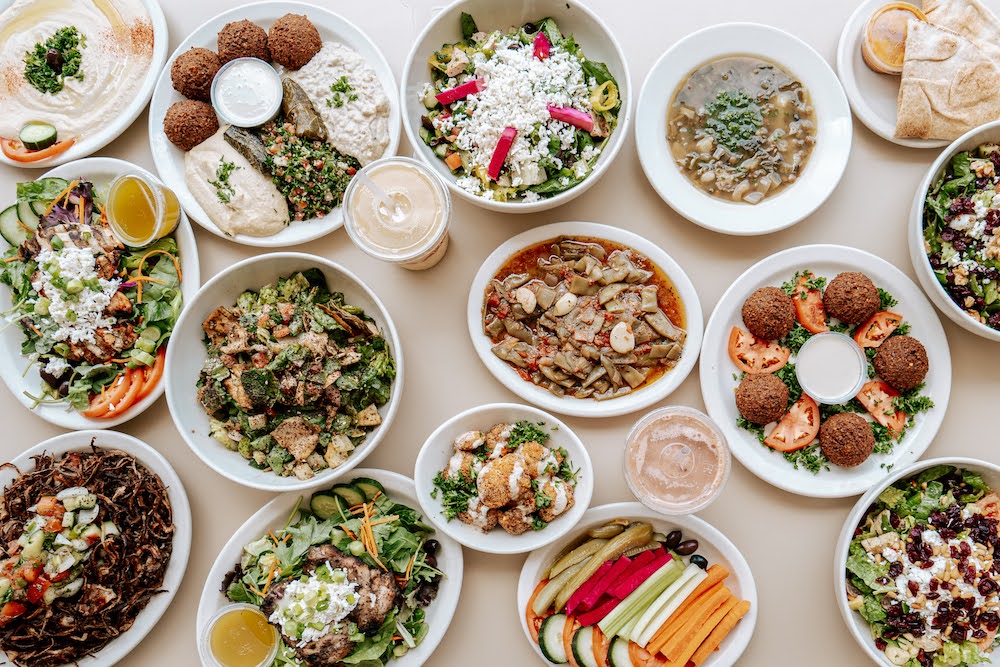 At Aladdin's, discover traditional Mediterranean flavors including fresh hummus, shawarma, falafel, and the star of the show: warm baked pita made to order. Photo courtesy of Aladdin's. 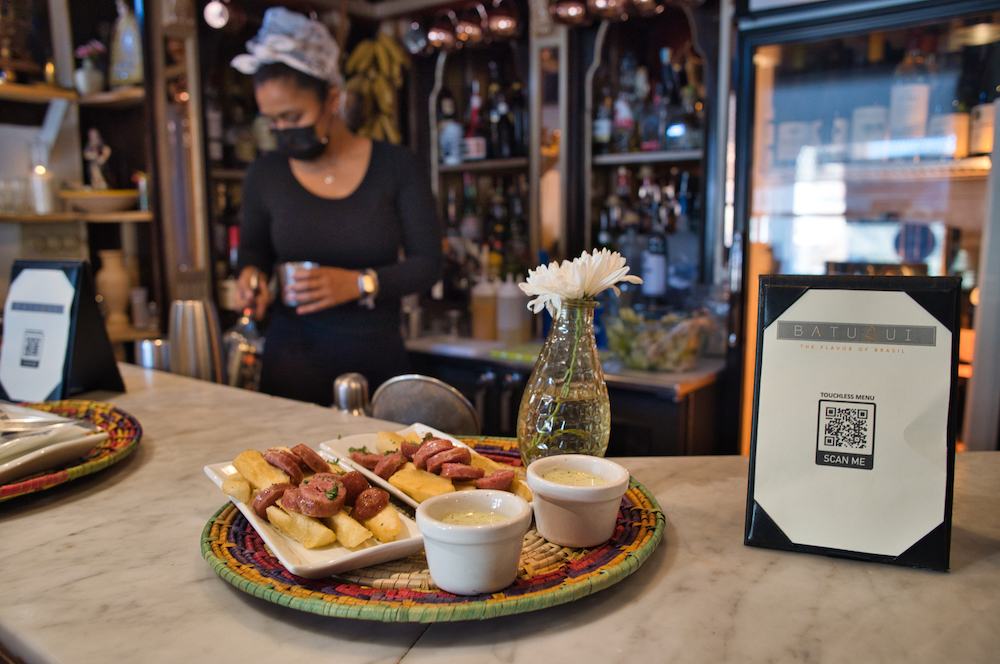 Batuqui has received lots of recognition for their food and cocktails in both local and national press. Enjoy Brazilian bar snacks like fried pork belly with yuca, or try one of their exotic cocktails, each with a Brazilian twist. Photo by Wil Lindsey.

At Batuqui Brazilian Restaurant, diners are transported to South America through caipirinhas and traditional dishes like pao de queijo (Brazilian cheese bread), feijoada, and Moqueca Baiana, a traditional Bahian stew. Husband and wife team Carla Batista and Gustavo Duarte opened Batuqui in 2015, bringing with them the flavors of their homeland. In 2021, they opened a second location, attesting to their booming business.

Located in Parma, family-run Das Schnitzel Haus has crafted authentic German dishes since opening in 2004. Its covered beer garden is a popular spot to hang out and enjoy a plate of juicy bratwurst or crispy schnitzel.

In 2021, the second generation, brothers Igor and Goran Djurin, opened Schnitz Ale Brewery right across the street. They recruited Polish-American brewmaster Jerome Moore to craft brews like you might find in Germany, including kolsch and rauchbier. You can sample the beers at the tasting room or at Das Schnitzel Haus. 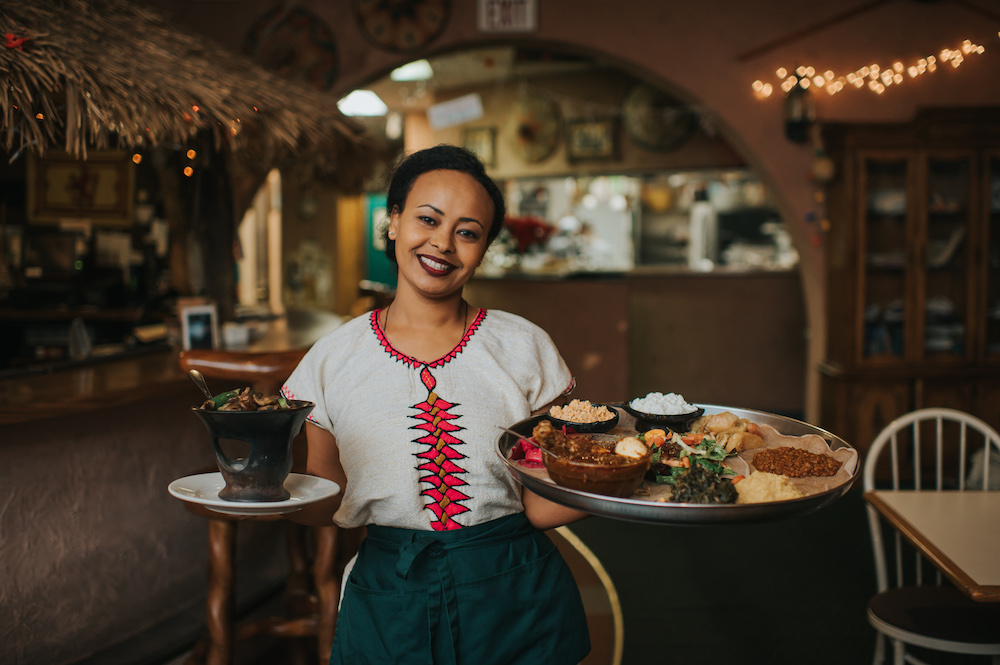 In Cleveland’s Little Italy you’ll find the historic Guarino’s, which first opened in 1898. Vincenzo Guarino came from Sicily and purchased the tavern, including an apartment upstairs. After getting married, his wife began serving meals to patrons. During Prohibition, they even sold homemade wine to patrons in coffee cups. Over a century of rich history later, the restaurant (still family-owned!) continues to serve Italian favorites like braciole and gnocchi pesto. The Guarino’s apartment is now the restaurant’s private dining room and the patio is a popular spot to hang out on warm days. 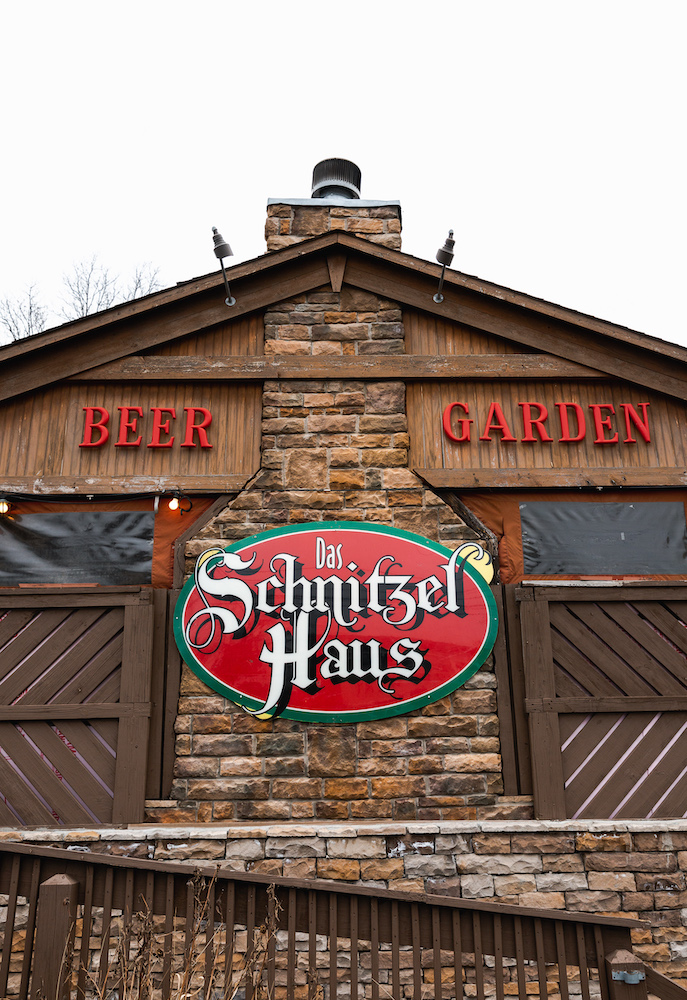 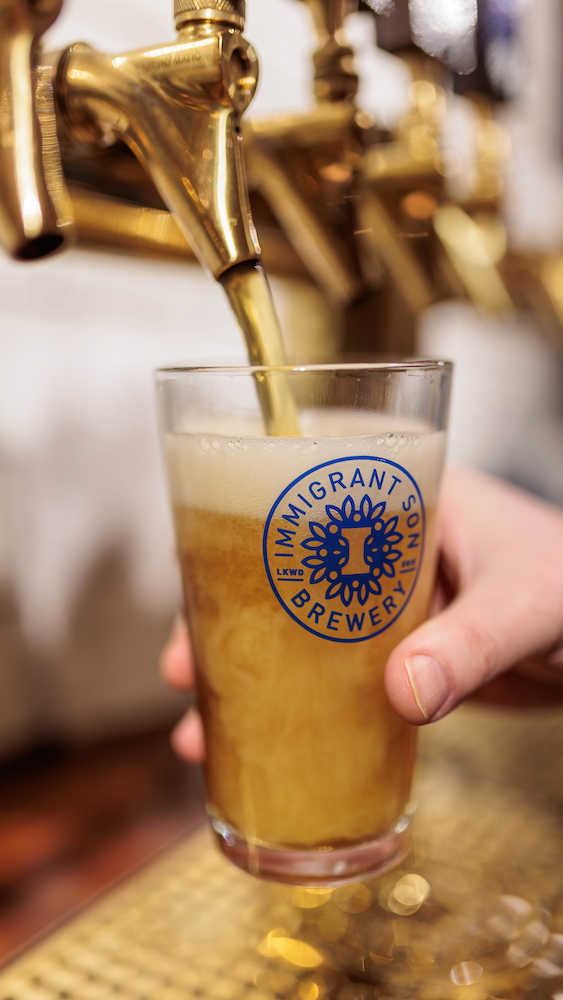 At Immigrant Son, you can expect to nosh on small plates, charcuterie, and of course, a wide craft beer selection. Photo by Alex Harnocz.

The Hungarian community in Cleveland dates back to the 1800s and is often cited as one of the biggest populations outside of the motherland. In 2021, Immigrant Son Brewery opened in a former grocery store in the Lakewood neighborhood, deriving its name from owner Andrew Revy’s parents, who arrived in Ohio before the Hungarian Revolution in 1956.

The menu is a love letter to his family legacy, with house-made kolsch and IPAs, plus dishes like langos, a Hungarian fried bread, and chicken paprikash. The brewpub also has a local partnership with Lithuanian basketball player Zydrunas Ilgauskas, formerly of the Cleveland Cavaliers. They created the citrus-forward PerZverence IPA in his honor.

Siriphan “Kiwi” Wongpeng moved to America from Bangkok in 2000 with her family. In 2016, she opened Thai Thai, a Lakewood restaurant that focuses on authentic street food from the Thai capital city.