Cape Town is an incubator for musical talent, but can the city support the artists that need it most?

Minutes after he answers the phone, Kalo Canterbury starts talking about the weather. It’s not quite what I expect from one of South Africa’s hottest young DJs, but I roll with it.

Turns out, this isn’t just your ordinary small talk: Before he landed in his current career, Canterbury—who performs as K-$ or K Dollahz—studied environmental and geographical science at the University of Cape Town, and he knows his way around a pressure system. Now, the 26-year-old lives in Johannesburg, where a summer storm is currently brewing. “It just feels like it’s about to pop,” Canterbury says.

The unrelenting mugginess makes him a bit nostalgic for coastal Cape Town, where summers are much milder. He grew up there, but moved away in 2018 to pursue music on a bigger stage, feeling like he’d squeezed the local industry for all he could. “I had planned to move to Joburg for a while because I wanted to experience a new kind of audience. I wanted something different,” he says. 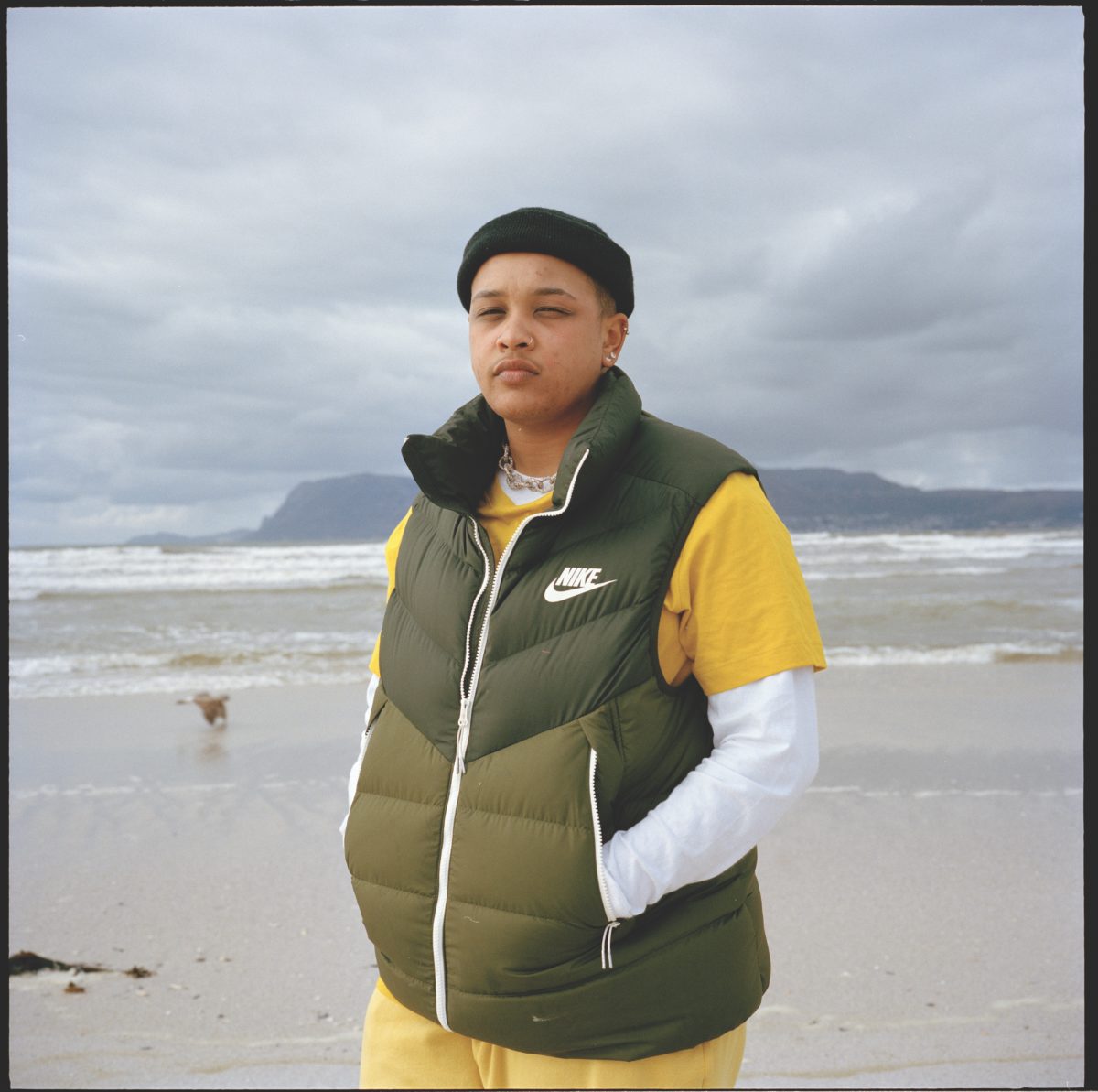 Kalo Canterbury, or K-$, moved to Johannesburg to pursue a career as a DJ. 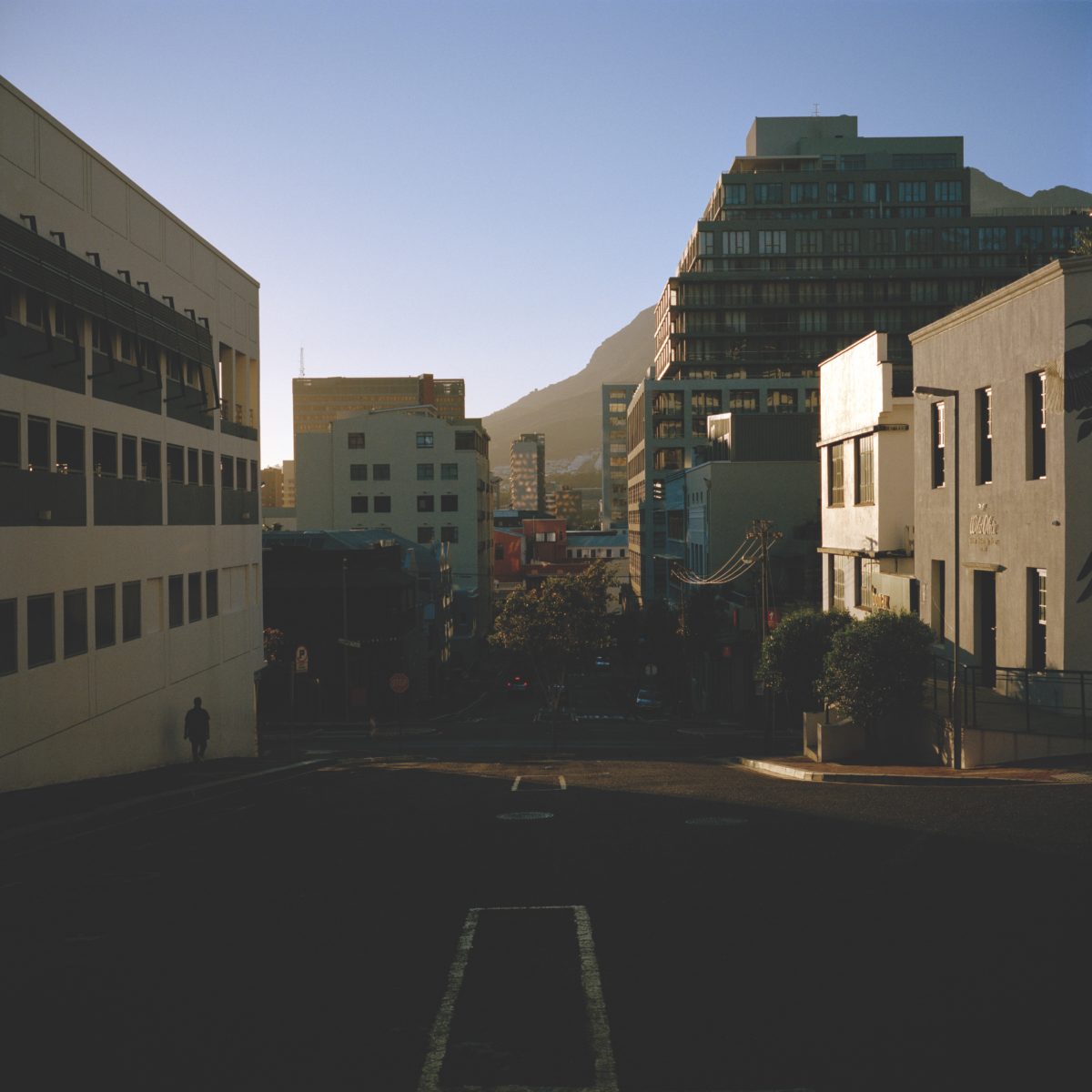 “Whiteness is so in control in Cape Town,” says K-$. “A lot of artists make the move to Joburg, where there’s more power in the hands of people of color.”

In the two times that I have visited Cape Town, what has struck me—even more than the ubiquitous blankets of rosy fynbos or the gradient of ocean blues railing against the jagged edges of Chapman’s Peak—is the spirit of a city that is desperate to reinvent itself, or more accurately, the spirit of a people who are desperate to reinvent their city.

“The queer, black, and coloured* kids are doing things. We are the ‘Born Free’ generation.”

Both times, I met young, queer people of color, like Canterbury, all with a distinct, fiery energy. They speak excitedly and with confidence about disrupting the status quo, they are keen observers of society and culture, and they fiercely advocate for their right to expression. Canterbury’s long-time friend and fellow musician Catherine Saint Jude Pretorius, known as Dope Saint Jude, is another such Capetonian. “The queer, black, and coloured kids are doing things. We are the ‘Born Free’ generation; the kids who were born outside of apartheid,” she says. “A lot of us have been afforded a good education, and we are more inclined to try to disrupt those spaces or at least create alternative spaces for ourselves.” 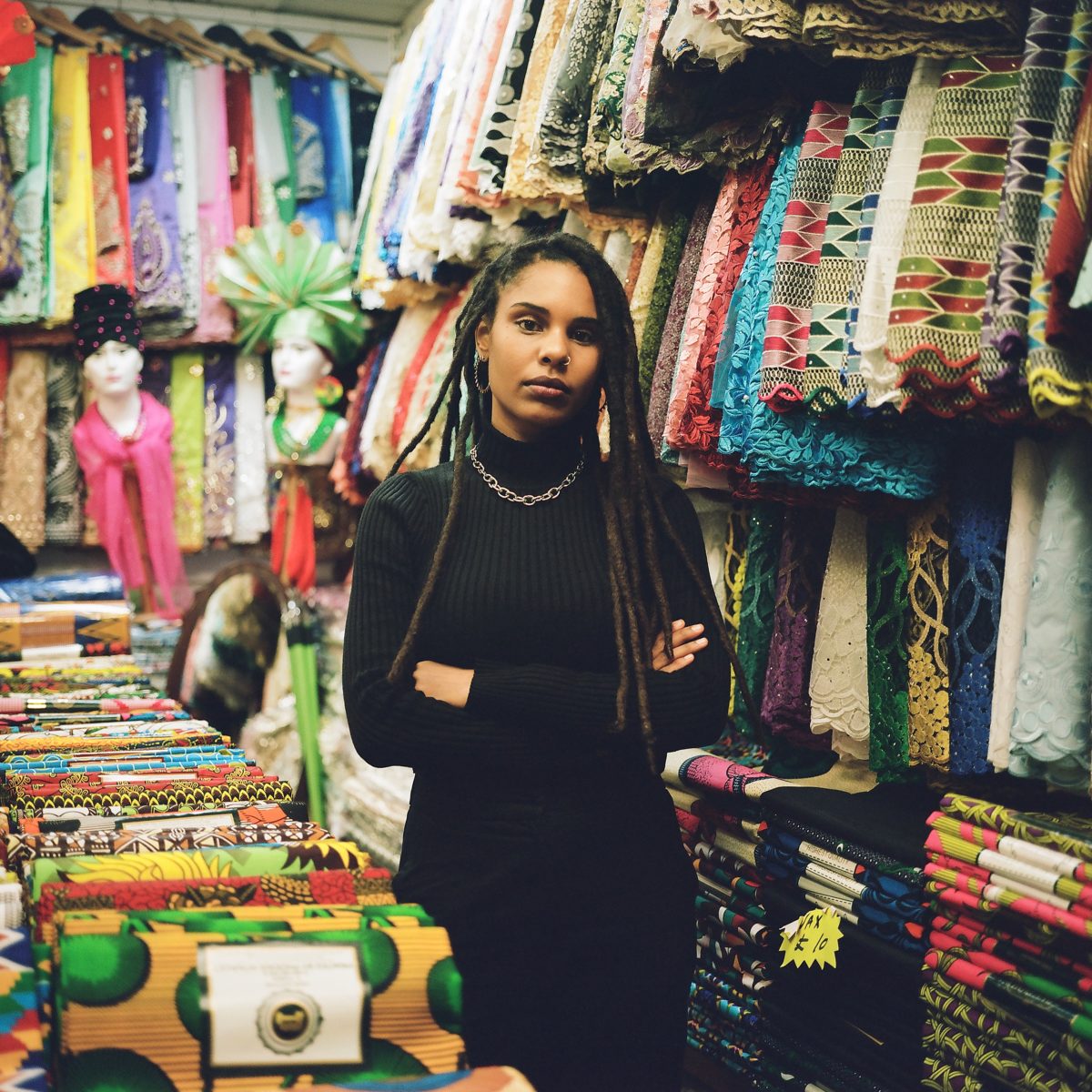 Dope Saint Jude is based in London, where she is fostering a strong European fanbase. 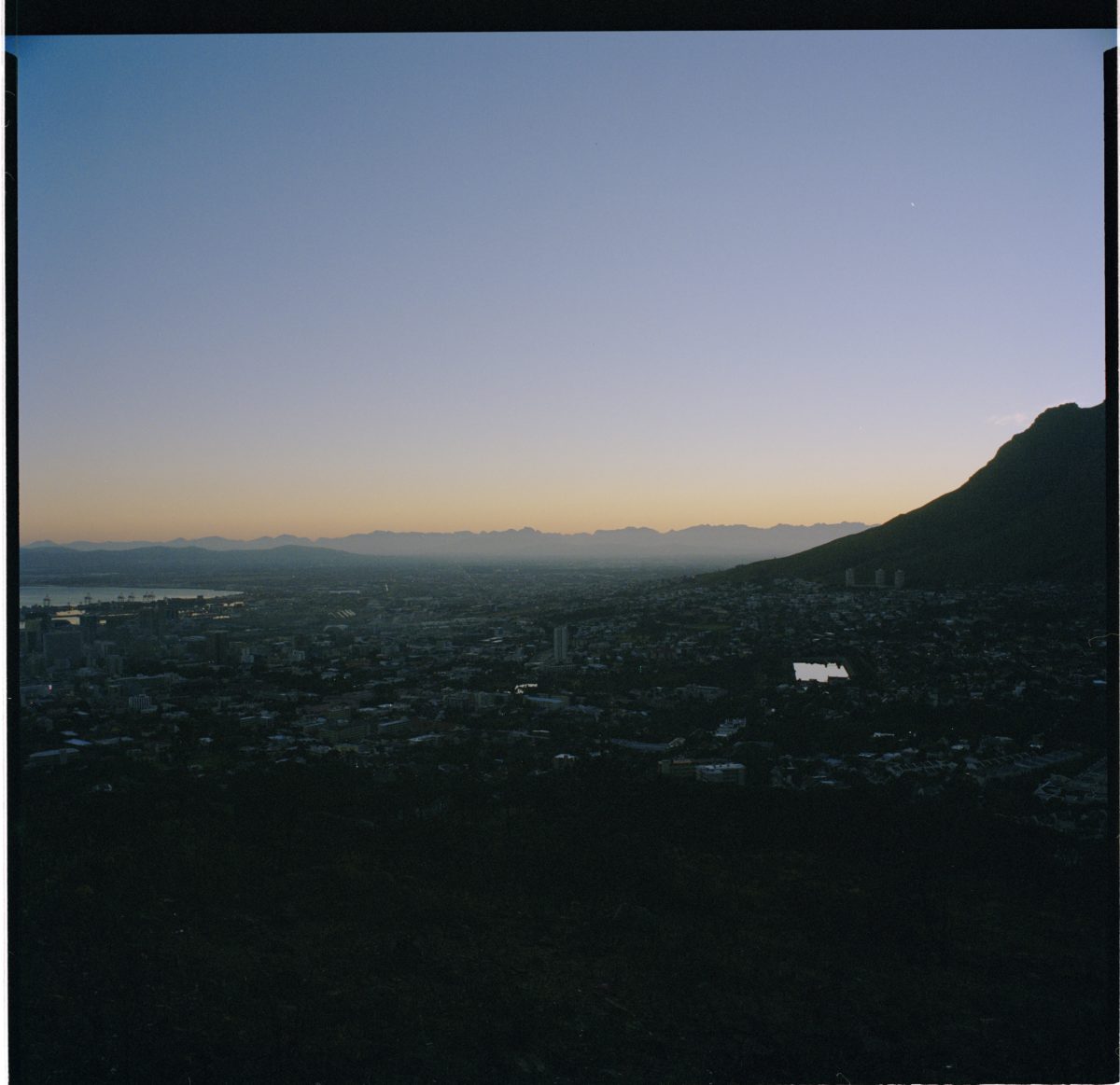 Apartheid officially ended in 1994, but the spatial layout of Cape Town still reflects the structural design of the apartheid system, making it difficult for people from different social groups to connect.

Dissent flows like lava among Cape Town’s “Born Free,” a group that also seems to perpetually erupt with new creative talent. In early 2018, both Canterbury and Saint Jude were featured in a short documentary about Cape Town’s DIY music scene, in celebration of a rising class of South African artists who have built music careers virtually from scratch, without resources, infrastructure, or city-wide support. The nine-minute film also featured rapper YoungstaCPT and Aux Womdantso, a gqom DJ. (Gqom is a particular style of house music that originated in Durban.) It was distributed by The Fader and cosponsored by Ballantine’s scotch whisky and the Boiler Room, the London-founded online music broadcasting platform that curates live performances around the world, including some of Cape Town’s largest club shows.

“There’s an extraordinary sense of alienation and outsiderness for anybody who is not white.”

But now, two years after the film’s release, it appears not much has changed. The queer, black, and coloured kids that Saint Jude talks about are living with freedoms their parents couldn’t have known at their age, and yet the scales still feel seriously tipped. “There are so many talented people, so many talented musicians, producers, DJs, and artists,” says Canterbury. “But the people at the top haven’t made space for those people; the nightlife infrastructure isn’t accommodating to the level of talent that there is.” So he left.

And he isn’t alone: Saint Jude moved to London in early 2019 with her girlfriend Roxanne for the same reasons. DIY music is inspiring, but it just doesn’t pay the bills. “It honestly boils down to being able to sustain myself financially. I always knew that there wasn’t a possibility for me to make money in Cape Town,” Saint Jude says. “There isn’t a market for artists who exist outside of the mainstream.” 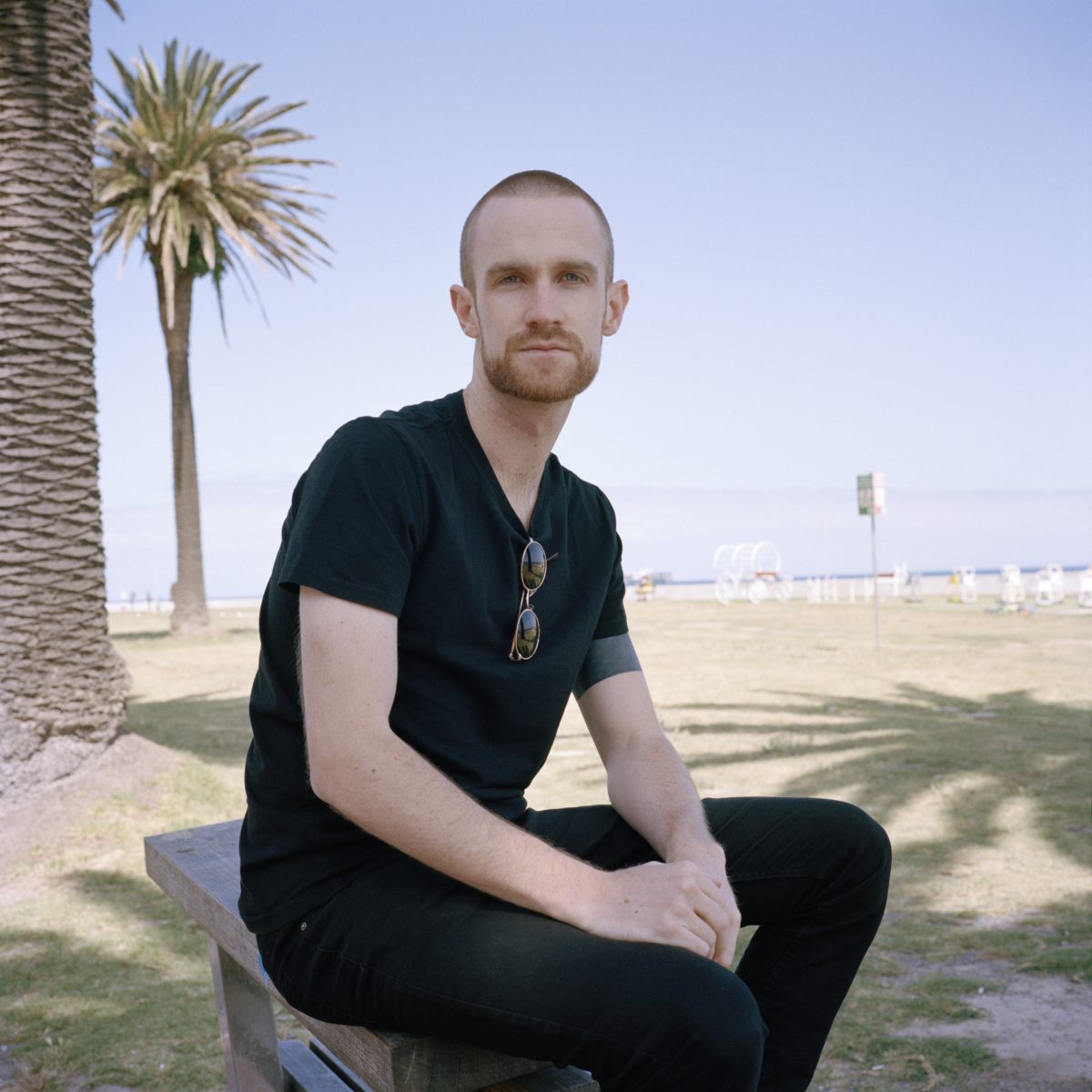 Dan Corder is a radio scholar and the host of "The Breakfast Show" on Good Hope FM. 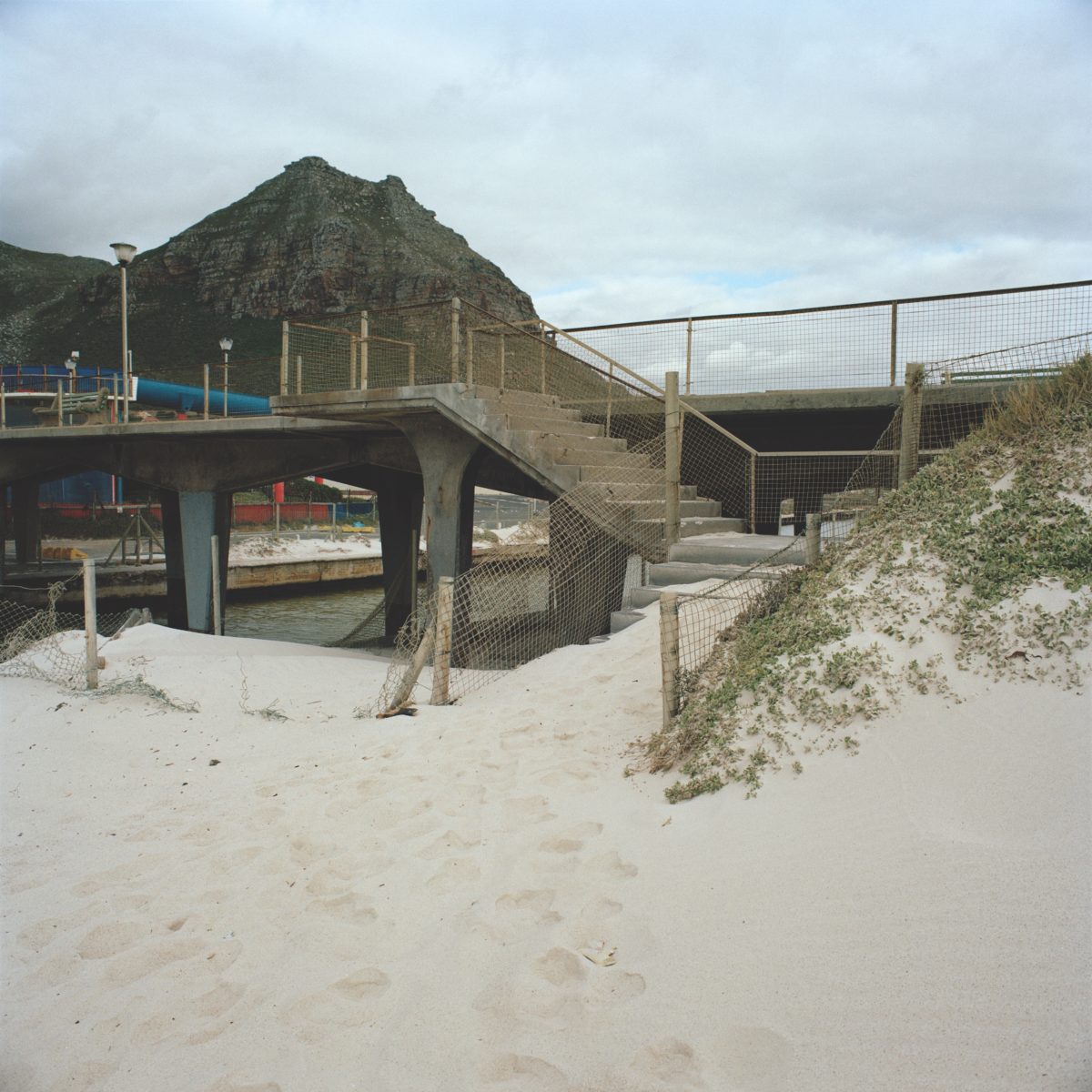 There are several distinct environments within a relatively small area in Cape Town, from beach to mountain to city.

Queer, black, and coloured Capetonians are ready for structural change, but the city has quite a bit of catching up to do. “In Cape Town, if you go to the centers of business and politics and high life, they’re predominantly run by white people, built for white people and their culture, and dominated by white people’s socializing,” says Dan Corder, the 26-year-old host of The Breakfast Show on Good Hope FM, who is white.

“There’s an extraordinary sense of alienation and outsiderness for anybody who is not white. And that is fundamentally different from every other city in this country.” Canterbury echoes this sentiment. “Whiteness is so in control in Cape Town,” he says. “A lot of artists make the move to Joburg, where there’s more power in the hands of people of color.”

And as far as Saint Jude is concerned, a top-down approach won’t suffice. “It’s about the community itself being empowered so that they’re in a position to even pay artists that come from their community,” she says. “People are so poor where I come from that I can’t realistically expect them to pay for my shows, but that’s the audience I want.” 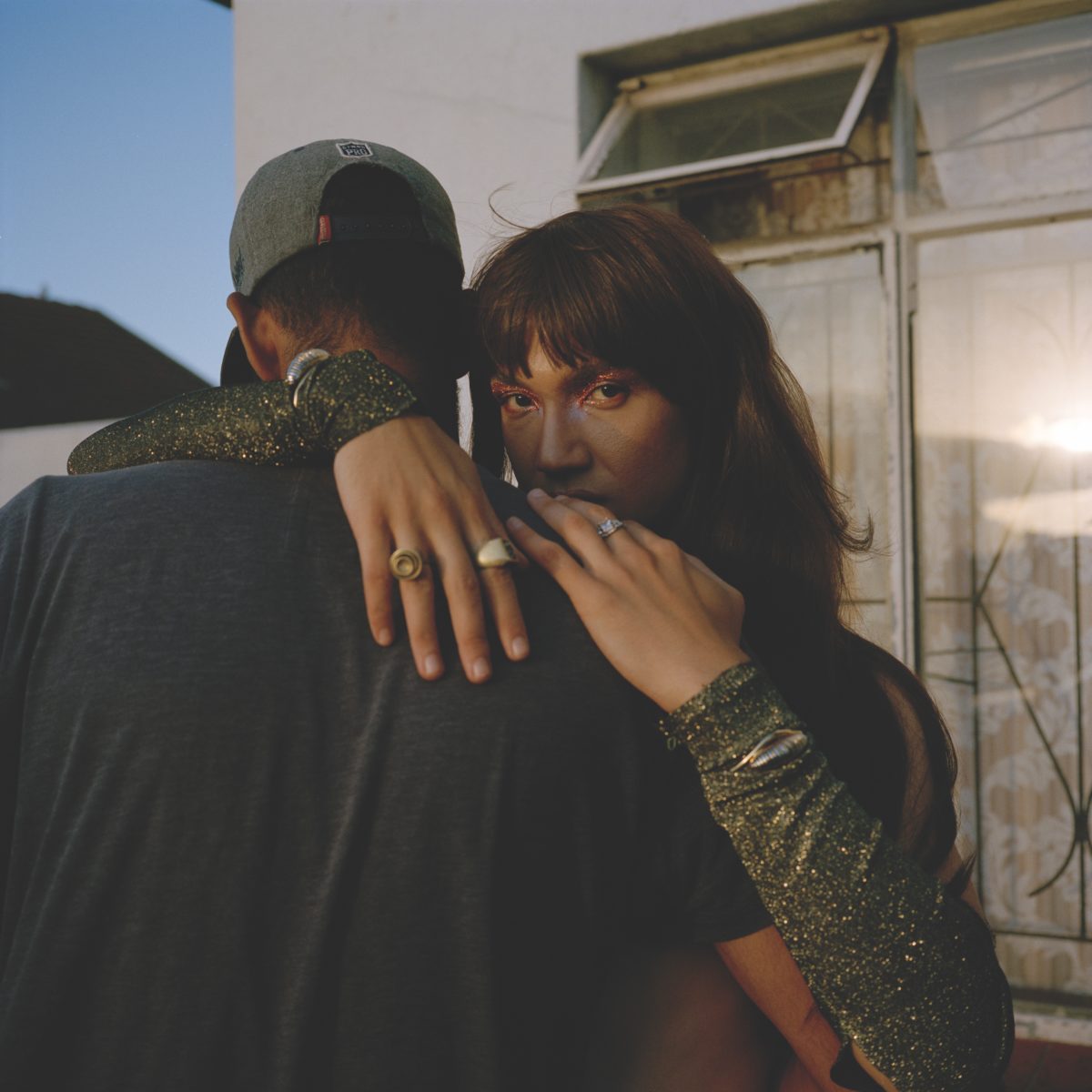 Queezy recently returned to Cape Town from Johannesburg, where they struggled to find a sense of community. 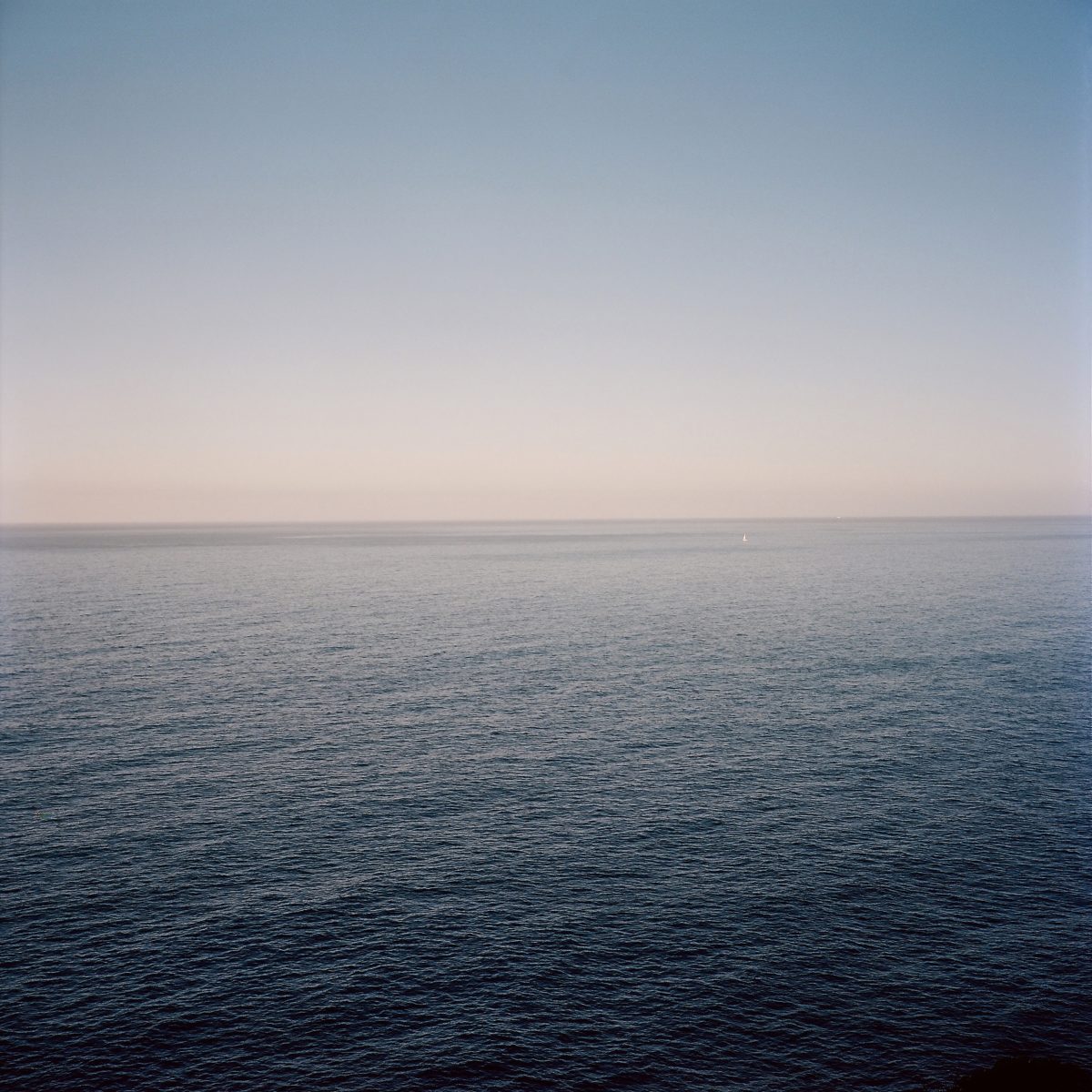 In Cape Town, the Atlantic Ocean meets the bottom of the African continent.

But in spite of all the frustrations, the self-exiled artists hold out hope for their city. Saint Jude, who got her start in music through Cape Town’s extensive drag scene, says that the more commodifiable gay culture of Cape Town, the kind that tends to center “guys with big muscles and blond hair,” is learning to share the spotlight with a more marginalized crowd. “There’s an underground queer scene that hasn’t got a lot of money but is super rich in culture and has a big following. It’s in this weird stage of starting to cross over into the mainstream, with a lot of cultural and social capital. Cape Town queer culture, particularly among black kids, is popping.” Independent events flourish, like township drag pageants and the monthly LGBTQIA+ Unofficial Pink Party; plus there are clubs like Zer021 Social, which emphasize the values of greater accessibility and community.

Several boundary-breaking queer artists of color remain in Cape Town, including Angel-Ho and Queezy, the latter of whom collaborated with U.S.-based poet and activist Alok Vaid-Menon for a 2018 project called “Femme in Public.” I spoke with Angel-Ho and Queezy about their experiences trying to find success in the Cape Town music industry, and their responses were mixed. Queezy, who briefly tried moving to Joburg but recently returned home, worries that the exodus of artists from Cape Town is a preview of something much darker. “People of color are being moved out of the city, but I refuse to leave. I refuse to have a repeat of apartheid,” Queezy says.

Angel-Ho, on the other hand, is waiting for the right time to move to Europe. “Europe is the place you go to make money,” they say. 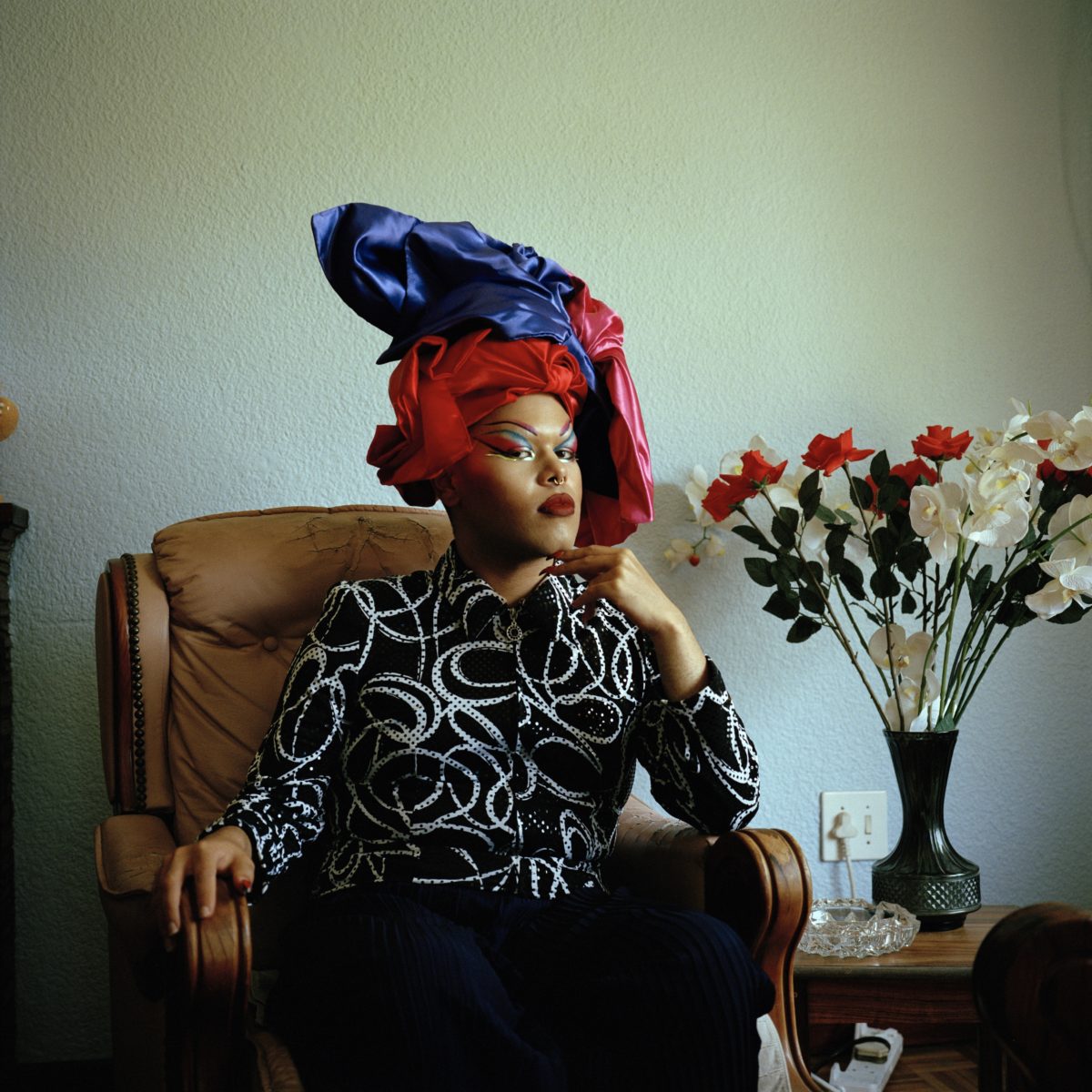 “I’m the weird girl who makes weird music,” says Angel-Ho. “I did a show in Cape Town coming off a tour in Europe and eight people came. Sometimes I feel like people don’t give a fuck about me in South Africa because I’m not being trendy.” 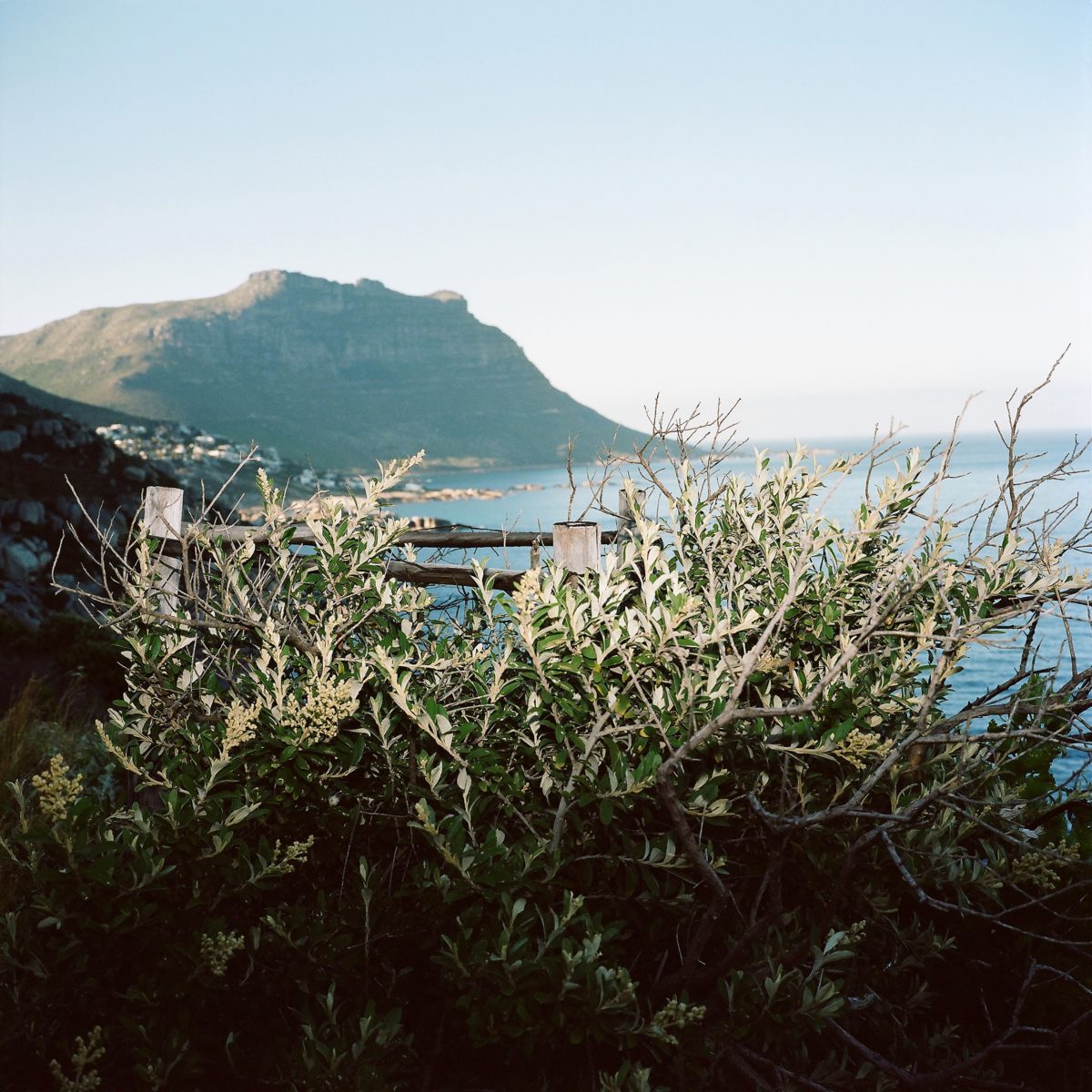 Cape Town is one of six floral kingdoms in the world—home to over 9,000 plant species—and is known for its exceptional natural beauty.

For now, Canterbury also has his eyes set on Europe. “Something I look forward to is being able to bring back something [to Cape Town] and contribute positively,” he says. “I just want to be an open book and go overseas and live and play and learn and change my perspective, look at myself differently, look at the world differently, so I can come back and look at Cape Town and Joburg and South Africa differently. So I can keep building. Because there is a foundation, it’s just, like, where are we going to build from here?”

For queer Capetonian musicians of color, Canterbury senses a shift in the weather system. “There’s a new era that’s been looming over Cape Town, and you can feel it. Something needs to happen because there’s no equilibrium,” he says. “When we were talking about the rain earlier—how I’m waiting for the storm that’s been boiling, I’m waiting for it to rain—that’s Cape Town. Something needs to happen for the rain to drop, for the storm to break.”

*In South Africa, “coloured” refers to the multiracial ethnic group of South Africans who were separated from blacks and whites during apartheid.

A version of this story appeared in Here Magazine issue 11.