Life Behind the Scenes with a 2020 Campaign Trail Reporter

The Iowa State Fair's famous Corn Poll gets voters in the political swing well before the caucus in January. Photo by Phil Roeder in 2016.
DispatchAnnie Werner

With primary season in full swing in the US, campaign reporters hit the trail to follow presidential hopefuls and capture the election cycle’s most compelling stories. Here, New York Times reporter Katie Gluek shares what life is really like for a traveling political reporter during the frenetic, often dramatic presidential primaries.

Katie Gluek had to reschedule our call—Joe Biden, the candidate she is assigned to this season had announced a last-minute speech she needed to cover.

Gluek is a veteran political reporter who joined the Times in May—her first day on the job was on the trail in New Hampshire. She’s covered  the 2012, 2016, and 2020 campaigns, and a little bit of the 2008 campaign as well. “I am slightly older than Joe Biden was when he was first elected to the Senate,” she jokes. 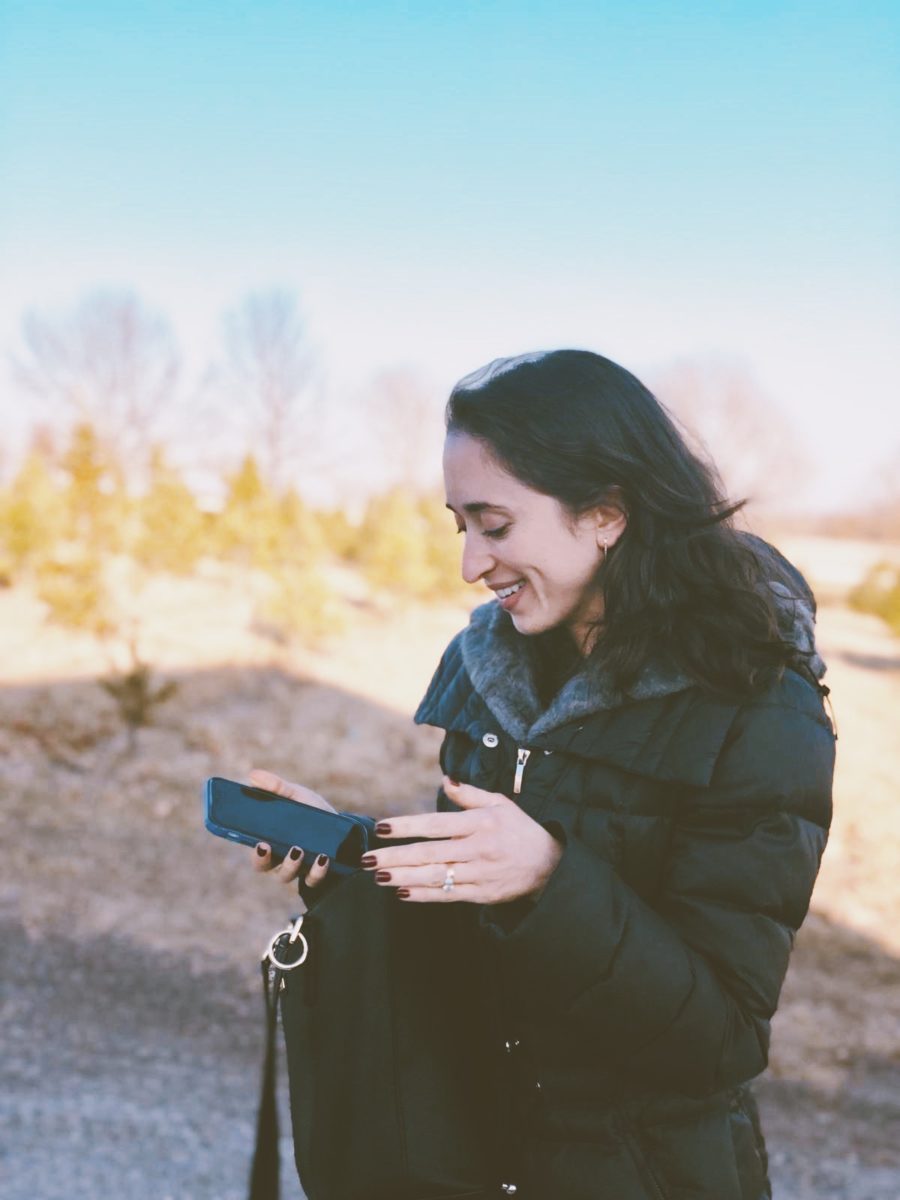 Katie Gluek reporting from the road. Photo by Bo Erickson.

With the United States officially in the first months of an election year, things are kicking off with the great state of Iowa’s famous presidential caucus—which will help the Democratic party decide who their candidate will be at the Democratic National Convention in July.

“Being on the ground in these critical states is the best way to really get a sense of what’s happening in the country.”

As such, Gluek’s reporting duties are about to intensify (she’ll be in Iowa full-time by the end of this month) but we were able to catch up with her in New York to learn a little more about life on the campaign trail in her own words, including what she eats on the go, “celebrity” voters, and the best part about being on the ground in an election year.

Broadly speaking it is a real privilege to get to cover the campaign from out on the road. My favorite kind of reporting to do is from the campaign trail. I think being on the ground in these critical states is the best way to really get a sense of what’s happening in the country. If you spend enough time out on the trail you are hopefully able to gauge when a mood is shifting—often that will show up on the ground before showing up in polling or the narratives that emerge in Washington and New York. It’s really important to be on the ground in the hopes of capturing those moments.

I also really enjoy traveling the country. You know, it really is—and this going to sound obvious—but it’s just so big; it’s such a diverse place. I mean, in every sense of the word. 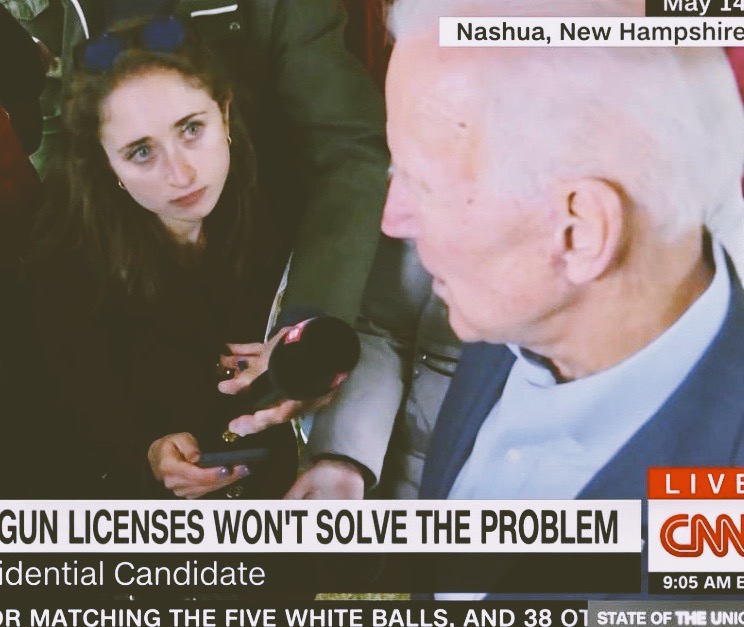 WHEN NO ROUTINE IS THE ROUTINE

[The campaign trail] typically is not glamorous. It’s a lot of long hours, often in fairly remote locations. There’s not a lot of healthy food available, so I’m trying to manage that. I try and travel with a lot of granola bars because I often don’t know what the eating options are going to be. So it’s good to have that as a backup.

“If I leave home without the suitcase, I feel like I’m missing something.”

In terms of routine, there really is not much of a routine because the schedule is often so fluid and you’re going into different states. I have my favorite hotels in a couple of different bigger cities in some key early states. I always know exactly where I’m going to go check in when I get to Des Moines, for example, or Concord, New Hampshire. I also really try and bring a book with me so that I can read something that is not Twitter before going to bed.

I am really trying, and emphasis on the word “trying,” to find ways to do a little bit of exercise. My bar on that is pretty low in terms of New Year’s resolutions. Even if it’s just in a hotel room somewhere with an exercise video or something like that. My fellow reporters on the campaign trail are really good about hitting the gym before we hit the road for the day, so I’m inspired by them and certainly working to get to that point. Every once in a while we’ll have time to take off and do an [exercise] class, and definitely where there are those opportunities I try and take them. 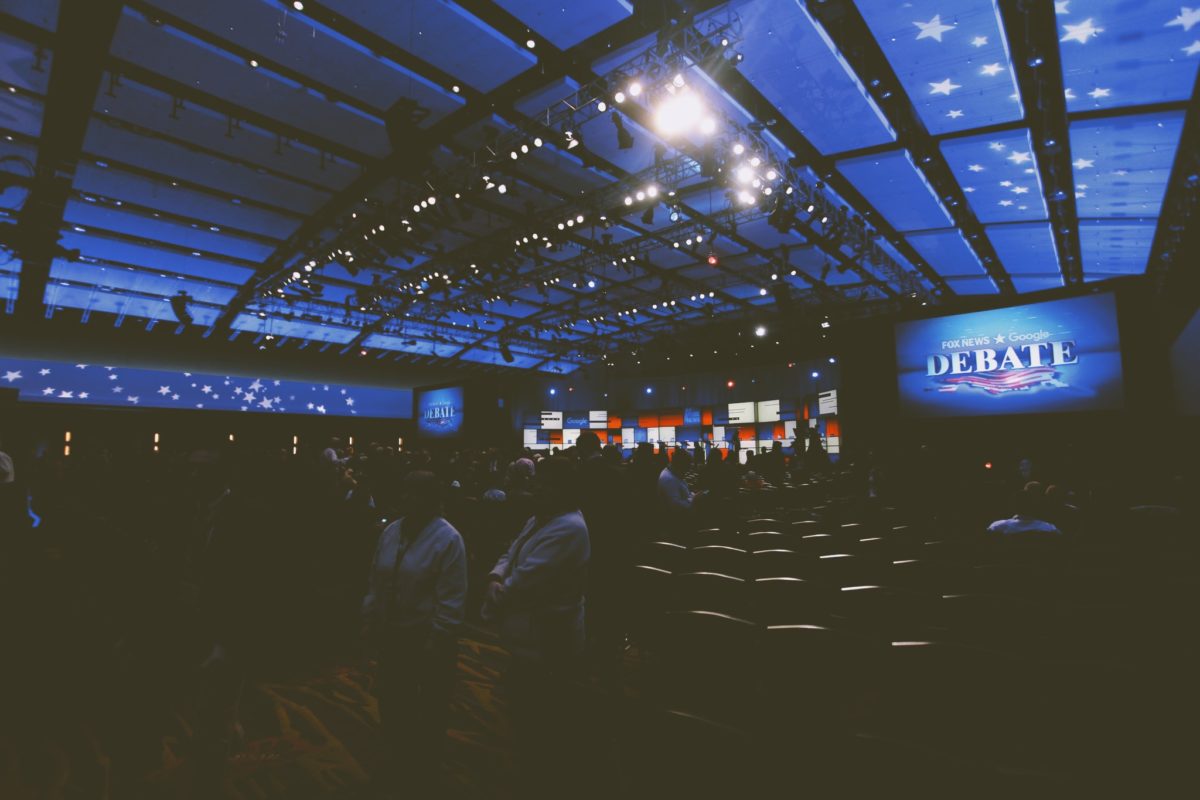 A presidential debate state in Iowa. Photo by Gage Skidmore.

PACKING FOR THE POLS

I have my packing down to a science. I have my backpack, my purse, and a little roller bag that has been with me for a long time. I’ve gotten to a point where I’m pretty fast at packing and if I leave home without the suitcase, I feel like I’m missing something.

I have a campaign uniform of these black pants I have from Banana Republic and [dress] boots. I have a lot of pairs of these pants, which are great. Sometimes I will try and wear a nice dress shirt, but other times it’s really just a sweater and then a North Face and then a parka—for Iowa at least. I also always wear a necklace that my husband gave me—that’s really the only sentimental thing I travel with.

I’m from Kansas originally, so going back to Iowa feels pretty comfortable, like going home to the Midwest. Working on the campaign trail has brought me to a lot of different places that I don’t know that I would have been fortunate enough to go to on my own. I first went to Charleston as part of a campaign swing, and that is one of my very favorite places. Actually for a couple of different campaigns, I’ve spent quite a bit of time in Alabama, which is a place that I had never been prior to covering national politics. It’s a fascinating place with a fascinating history and has a number of very interesting political dynamics.

Three of us [campaign reporters] ended up becoming very close on the campaign trail in 2016. We carpooled everywhere together and ended up becoming genuinely very good friends outside the campaign trail—they all came to my wedding and we remain good friends to this day. That actually made the experience so much fun and rewarding and it definitely helps when you’re out in a very remote location. 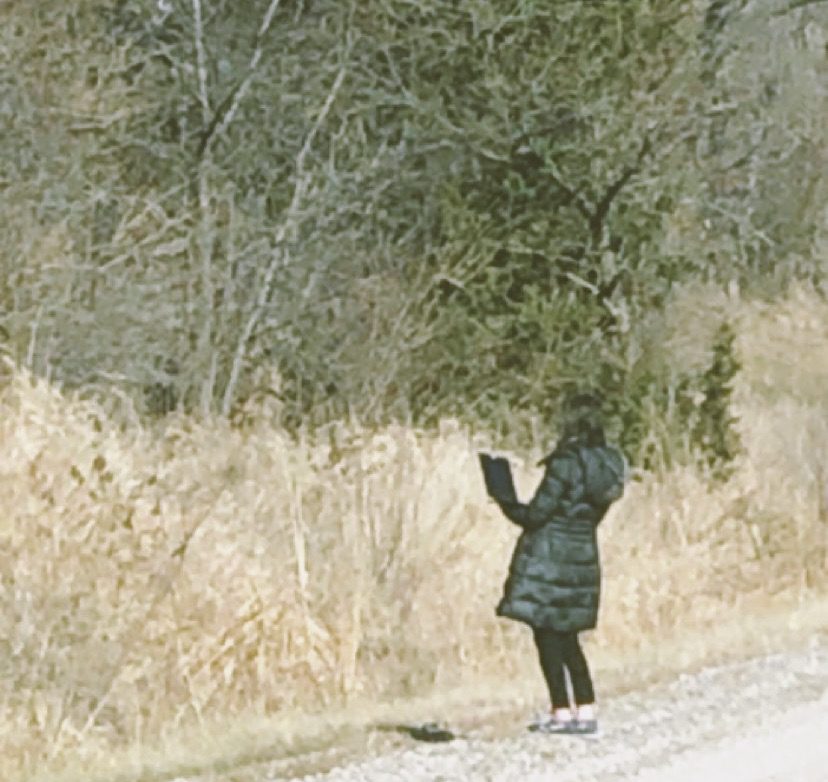 Sometimes you have to file stories from the road—literally. Photo by Bo Erickson.

Iowa is really unique in how the caucus system works. It’s the place that gets the most attention and it’s a process that is really interesting. It involves a lot of these sort of real time conversations among neighbors and the participants. I was at a rally for Biden in Des Moines recently and there were college students there from California and I recently read about some students from Louisiana who did a swing through Iowa to get a sense of the process. There are also [regular] tourists who come through, visiting family and such for the holidays, and part of their itinerary is to go out to campaign events.

There’s been some controversy over whether [Iowa] should remain the leadoff caucus state. What folks there will say is that they have a lot of experience with the job of interviewing and picking a president. A lot of these voters who have been through many, many caucus cycles are incredibly sophisticated, and many have personal relationships with a number of these candidates, sometimes going back decades. There are activists that have supported Joe Biden since the 80s.

There are even “celebrity” voters. It’s so funny. I was recently connected with a voter for a story that I was working on and realized that he had actually been featured in kind of a big story in 2016. There are voters who are really active in the process, who actually have quite a bit of experience and a deep understanding of the history and the dynamics in their state—it certainly is unlike covering politics elsewhere.