Booking It to Munich: A Literary Guide to Bavaria's Capital City

As the creator of Subway Book Review (@subwaybookreview on Instagram), Uli Beutter Cohen (@theubc) discovers people and places through books. Her literary guide to Munich allows you to do the same.

Munich has a reputation for beer, beer, and more beer. It’s true that Bavarians pride themselves in creating a unique atmosphere, known as Gemütlichkeit, that ideally consists of blue skies, green canopies of chestnut trees, and enough time to watch life go by, beer and bretzel in hand. But you don’t have to love Oktoberfest to get a crush on Germany’s third largest city. Through my wanderings and conversations with locals, I found that there’s a new wave of Gemütlichkeit on the rise and it’s taking the city’s easygoingness to the next level.

“Munich pretends to be a ‘Little Berlin,'” claims Charlotte, a local I spotted in the underground at Schwanthalerhöhe Station, “but we’re not — we’re more like a huge living room.”

What to Read Before You Go

The bold type on the cover of Charlotte’s book, Erik Kessels’ Failed It!, caught my eye and made me wonder about her take on Munich’s creative scene.

“People in Munich are into design,” she says. “It’s a very tidy, conservative, and quiet city. It feels like reading crazy books like this one would help break them out of their shell without really having to make noise.”

“I love this book,” she continues, “because it’s all about things going wrong. That’s when things get interesting.”

Odeonsplatz is a historic square in the middle of the city and the best place to start your time in Munich. Sit on the steps of the Feldherrnhalle for people watching or go to the nearby Hofgarten, the park that appears in The Waste Land by T.S. Eliot. You’ll also be close to museums, like the Pinakotheken, and lots of cafés and restaurants, like Pfistermühle, which puts a twist on traditional Bavarian cooking. For a cocktail like you’ve never had before, try Les Fleurs du Mal, which is named after a volume of poetry by Charles Baudelaire and has serious library vibes.

The Eisbachwelle is a man-made wave on a man-made river that runs through the English Garden and people surf it year-round. Cool, and what does this have to do with books? To me, this wave is a reminder that if you can imagine something, you can experience it. It’s a reader’s mindset if you will, perfectly visualized by the Eisbachwelle surfers, some of whom are pros from all over the world.

Behind the Haus der Kunst, the former Germanic museum that now exhibits contemporary art, lies a bar that transcends Germany’s past without erasing its history. Die Goldene Bar has restored its gold leaf murals that show tobacco and wine maps of the world and cast a glow on everything in their presence. The terrace is spectacularly gemütlich and everyone from students, to artists, to men in suits come here to hang out. Definitely bring a book. 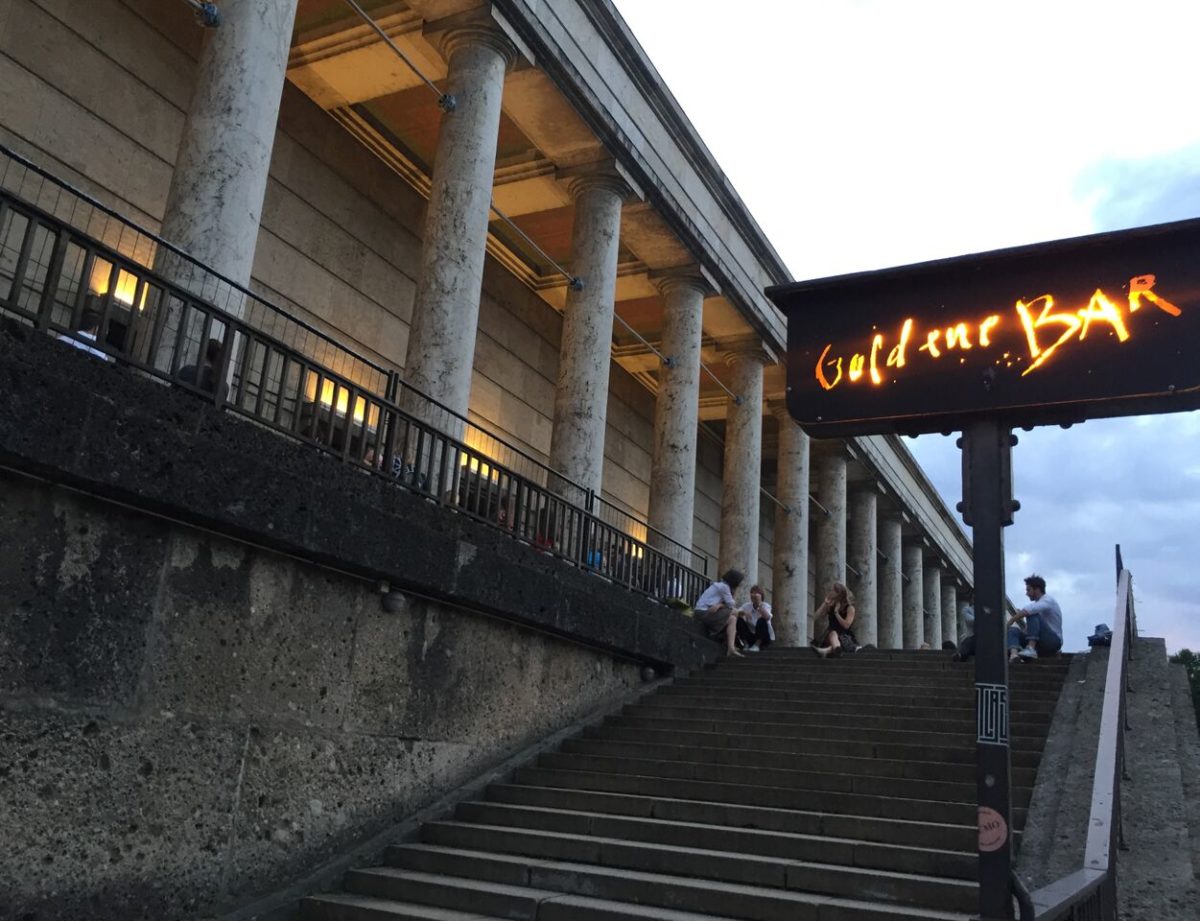 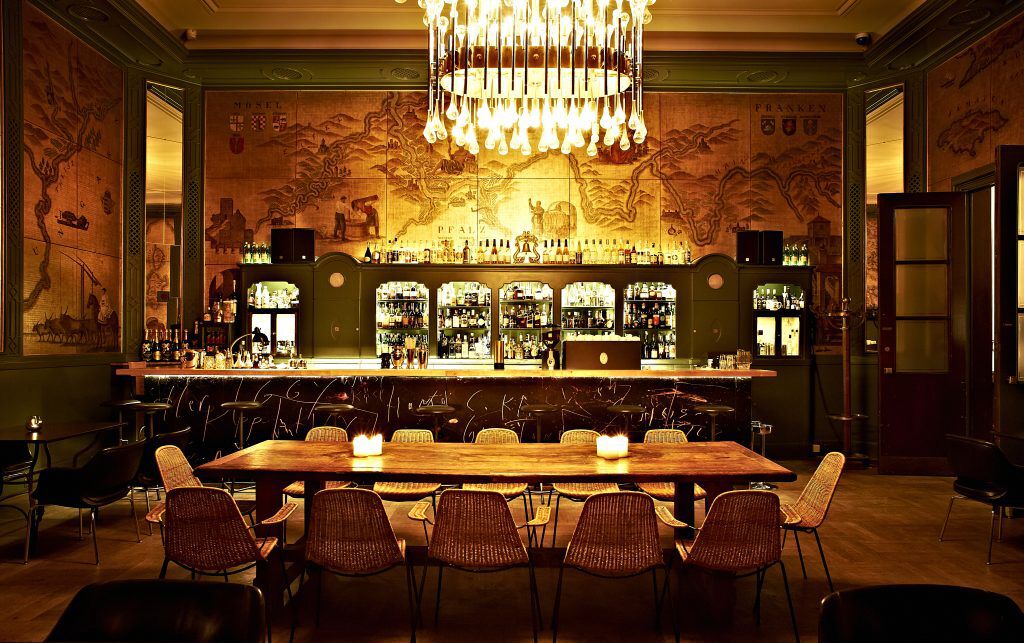 Munich was the birthplace of the Nazi movement, but what many don’t know, is that it was also where the non-violent resistance group The White Rose was formed. Led by sibling student duo Hans and Sophie Scholl, the group distributed leaflets that called for the active opposition to the Nazi regime. Hans and Sophie were executed for their actions and are remembered outside the University of Munich where bronze leaflets are scattered on the ground as if Hans and Sophie have just thrown them in the air. Get the book The White Rose, written by their sister Inge Scholl, to hear more about their brave actions and lives. 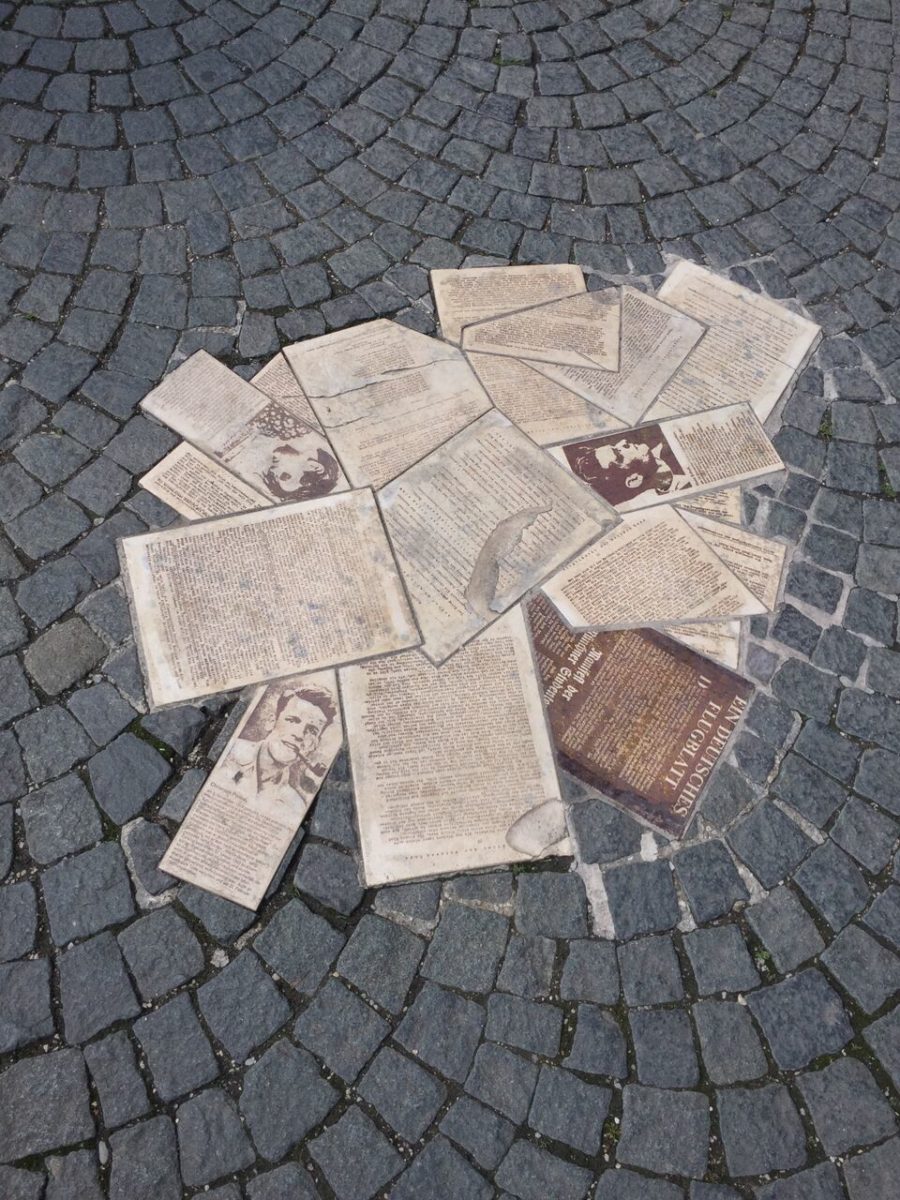 Bronzed leaflets in honor of Hans and Sophie Scholl. 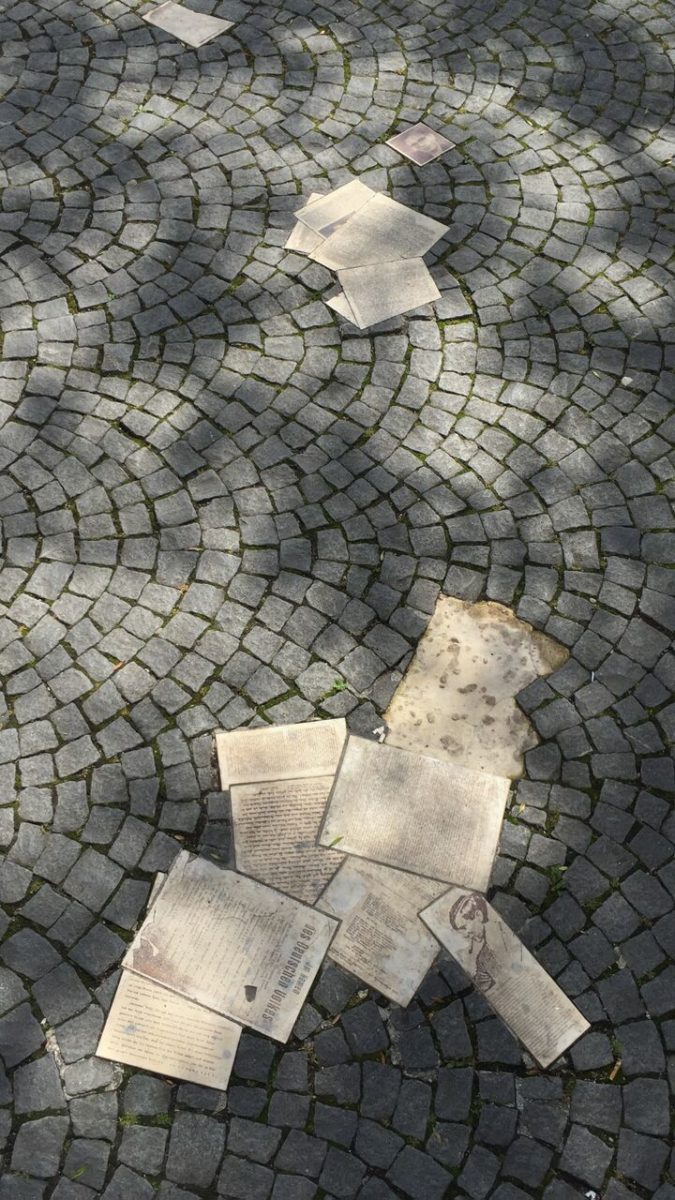 Bronzed leaflets in honor of Hans and Sophie Scholl.

Die Umschreibung is a mind-boggling sculpture of two interlocking staircases that lead to nowhere and can’t actually be climbed. ‘Umschreibung’ translates to ‘euphemism’ and means to talk around something without being direct. After you’ve fulfilled your word-lover’s selfie dream, stop by the Wirtshaus am Bavariapark, which is a quintessential beer garden with big chestnut trees or the Augustiner Bräustuben for a traditional Bavarian meal.

Stereo Cafe is close to Odeonsplatz and my favorite spot for a reading break, sipping a homemade lemonade, and getting recommendations from locals while lounging on the turquoise chairs inside or on the cozy deck in the back. It’s on the second floor above their store, so look for the stairs and walk right up. 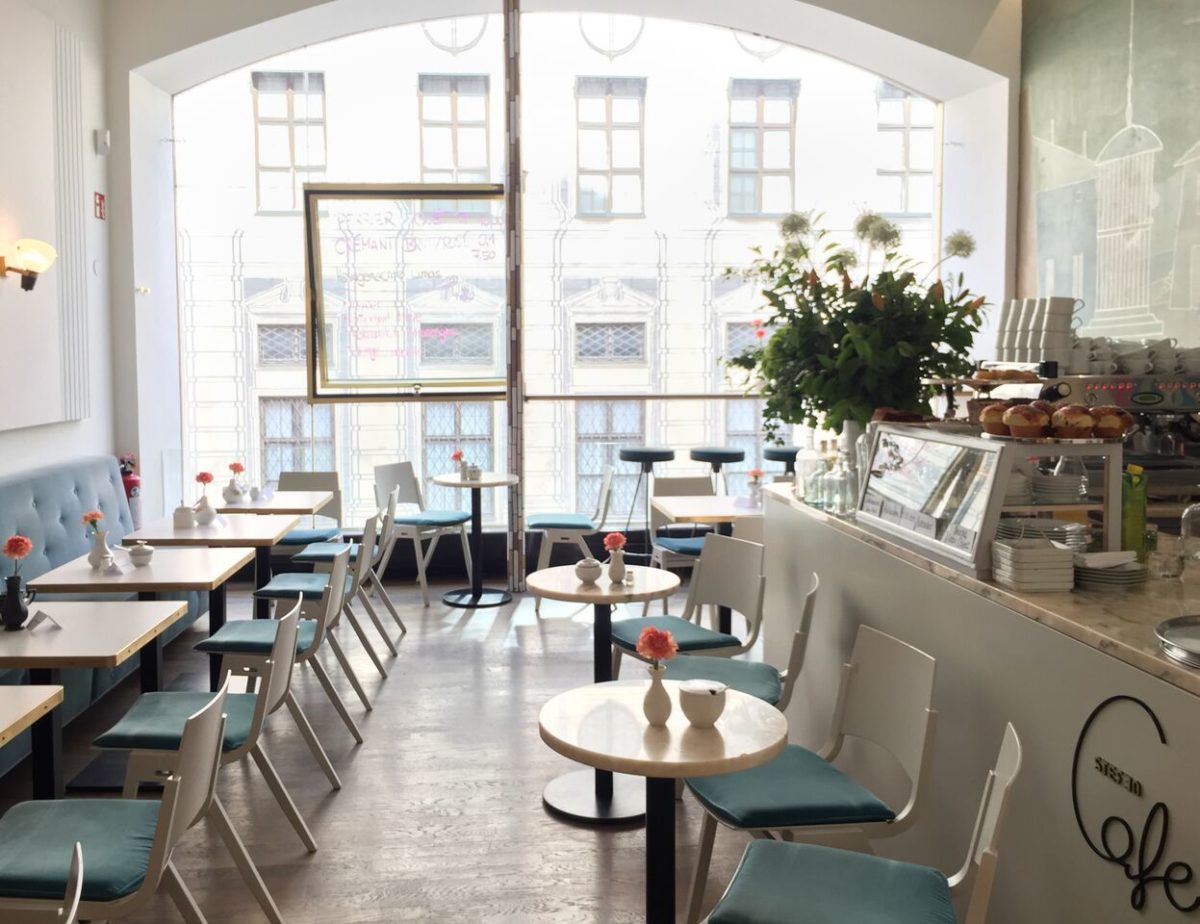 Settle in at Stereo Cafe. 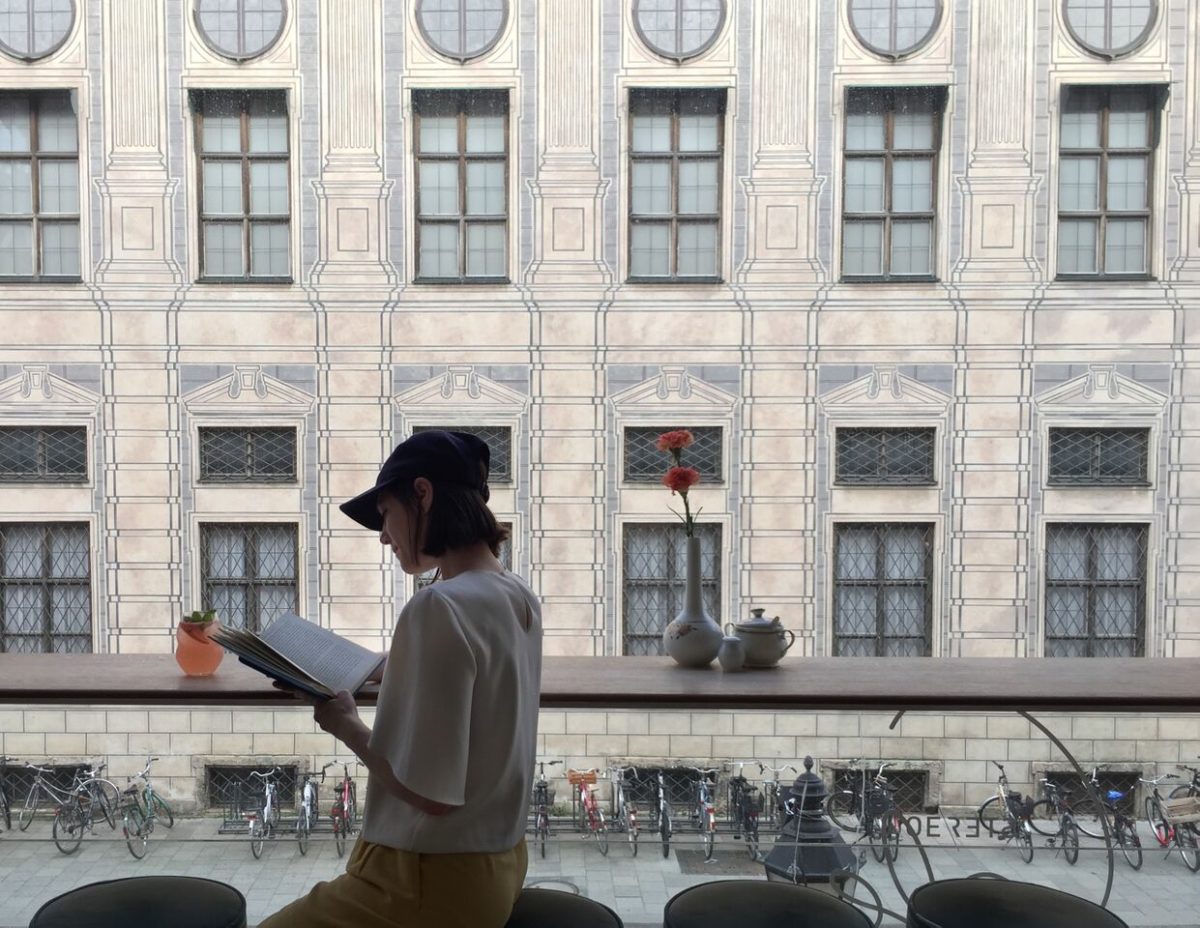 Pick a spot, any spot. You can’t go wrong. The only thing to remember is to bring a picnic, including a cold beer or you’ll feel left out, which you can get on your way at the Milchhäusl, a kiosk that serves organic food, beverages, and snacks. If it’s hot, follow the locals’ lead and take a dip in the Schwabinger river. The English Garden is a Bavarian favorite, so go early to get a riverside spot and leave enough time to see classics like the Monopteros and the Chinese Tower while you’re there.

Locals lounge by the Schwabinger River. 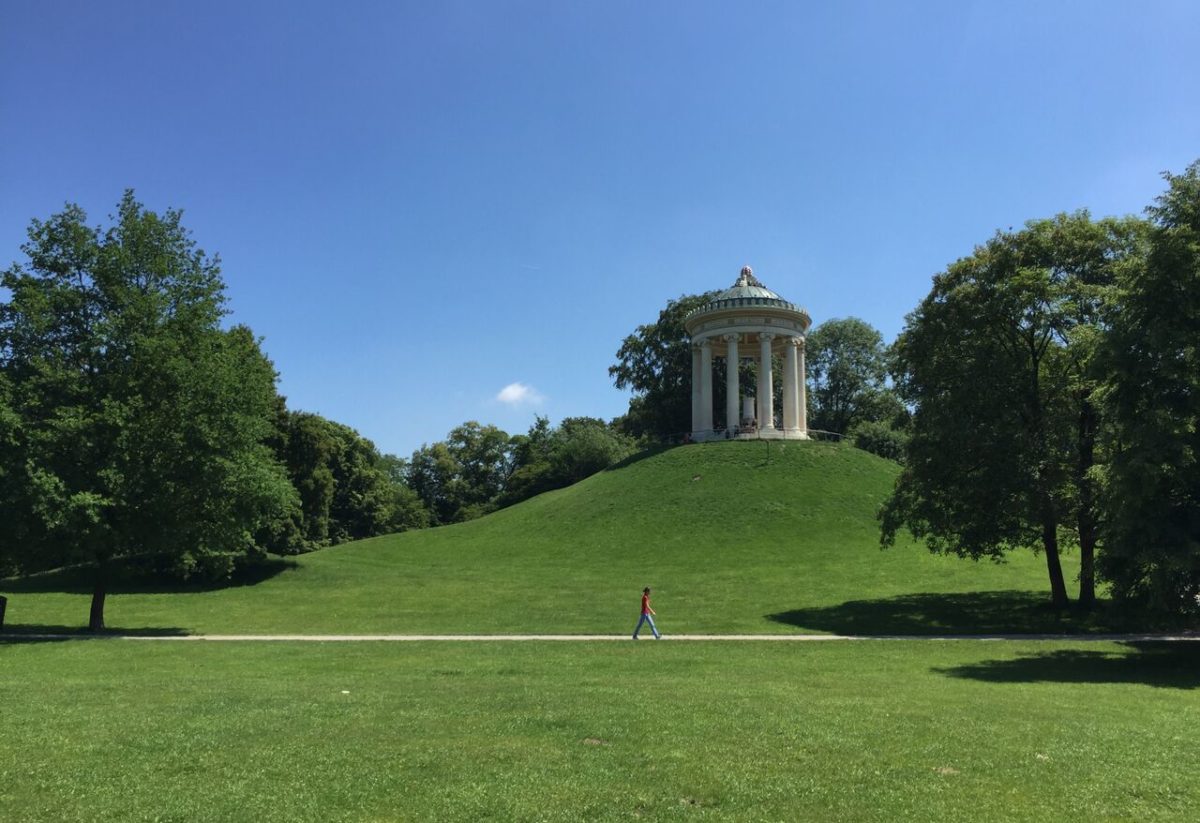 A monopteros in The English Garden.

I immediately fell in love with the modern but cozy vibe at Lost Weekend. This magazine-shop-meets-coffee-bar features different collaborations, like the one I caught with Berlin’s cult shop Do You Read Me. Keep walking along Schellingstrasse to see lots of old school book shops like Words’ Worth. Stopping by Der Verrückte Eismacher, which translates to “the mad ice cream maker,” is a must. Inspired by Alice in Wonderland, they sell the craziest, most delicious flavors you can, or cannot, imagine, like pizza margherita, beer, and cheshire cat — the perfect way to end your time in Munich. 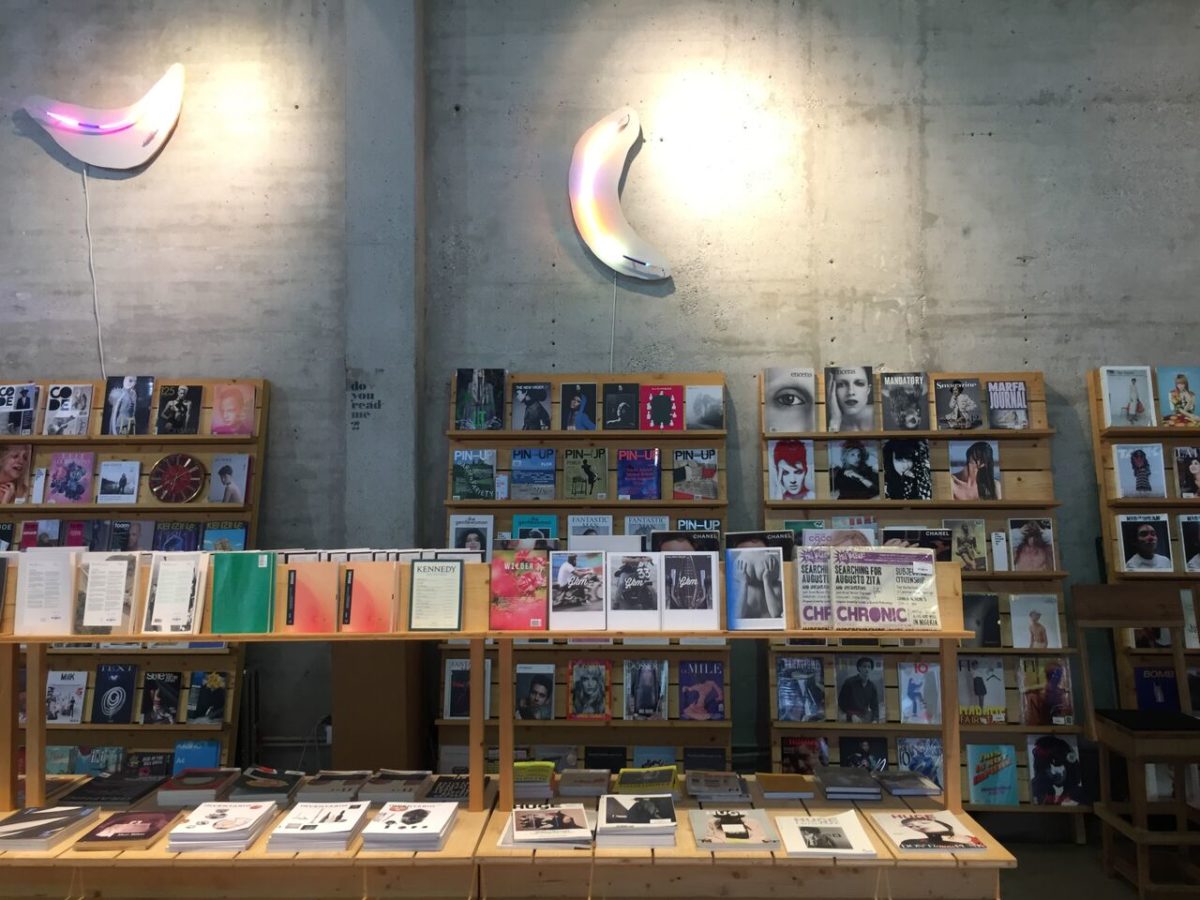 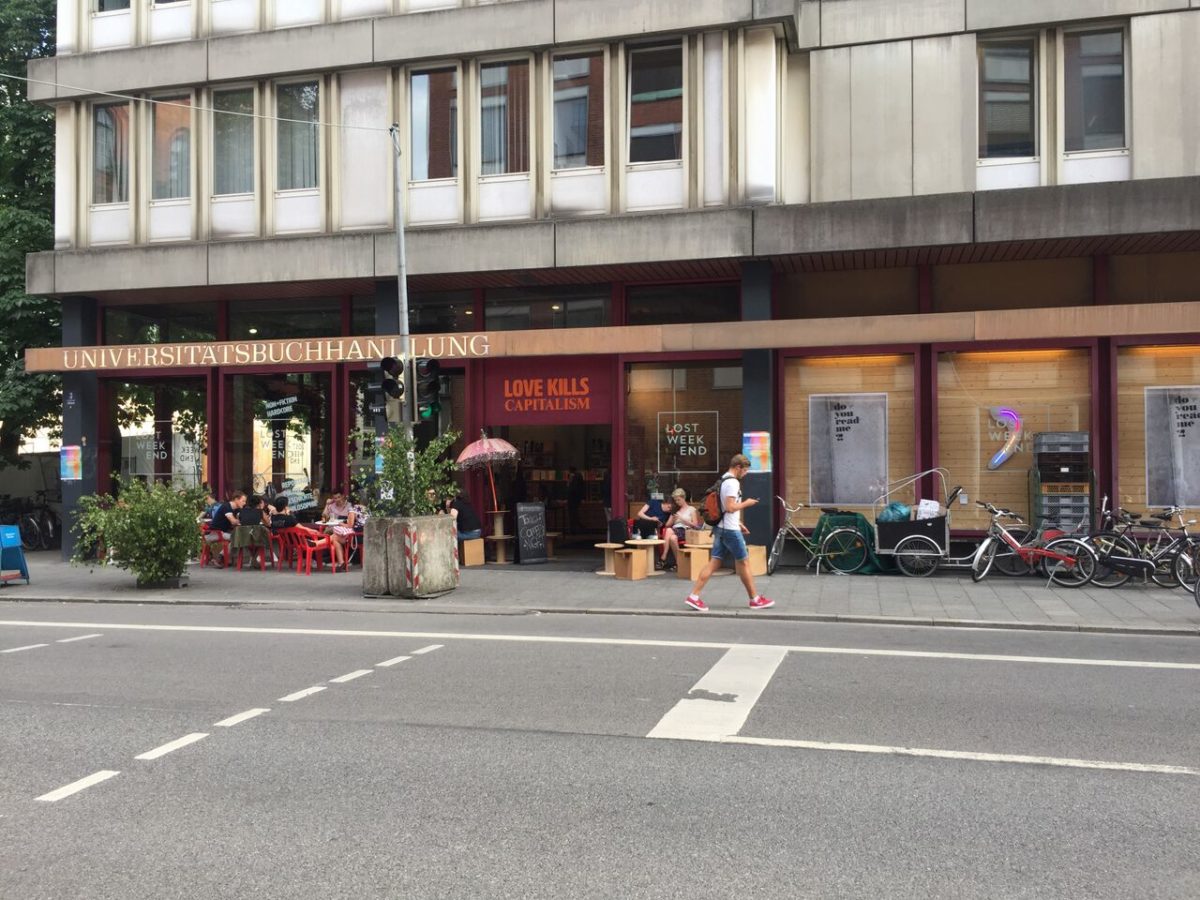