The Local’s Guide to Berlin, According to One of the City’s Favorite Foodies

Berlin, Germany is internationally known as a hub for food, art, and nightlife. Photo by Jonas Tebbe.
Like a LocalAlly Betker

The mind behind Berlin Food Stories shares his picks for the best places to eat, relax, drink, and dance in the German capital.

Per Meurling is a Swedish food writer, blogger, tour guide, and self-proclaimed food nerd living in Berlin. He spends all his time searching for the greatest restaurants—a search that’s documented on his website, Berlin Food Stories. 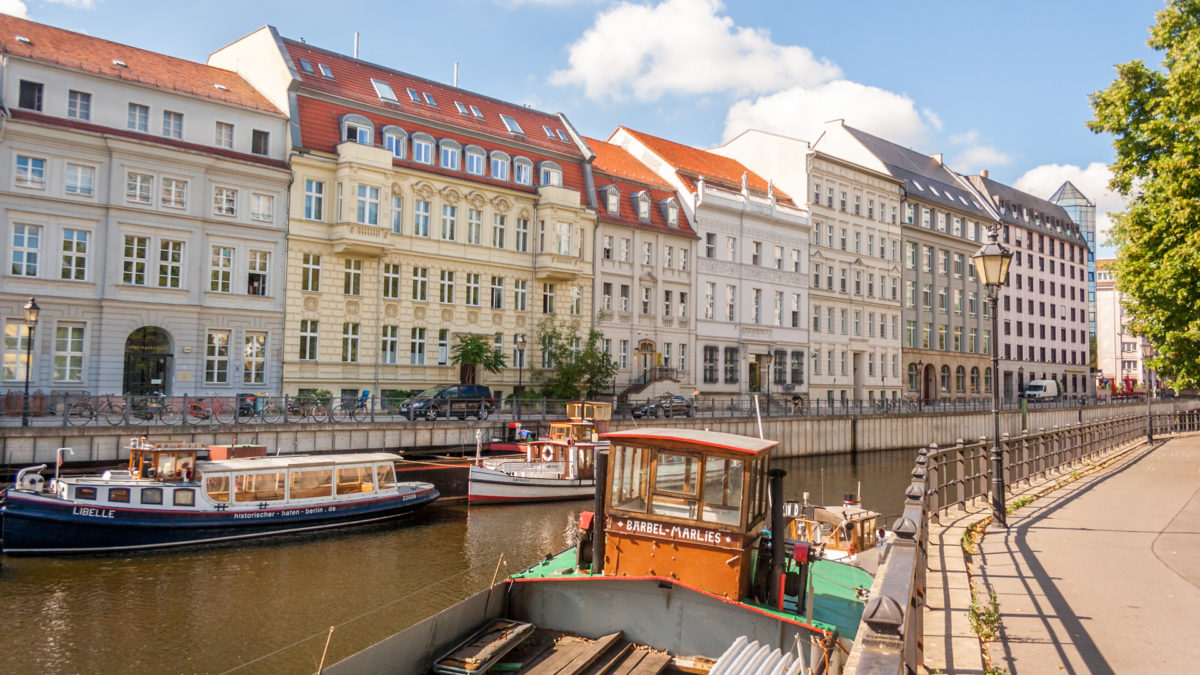 Berlin has more canals than any city in the world, connected by 1,700 bridges. Photo by Paul VanDerWerf.

Meurling fell in love with Berlin after a summer spent there in 2006 and later moved in permanently to a flat in North-Eastern Berlin in the district of Prenzlauer Berg. “Berlin has always had a magical spell on me,” he says. “No other place in Europe offers me the same array of possibilities as this refreshingly unique place does. It is a blank canvas, so to say, free for everyone to draw their very own story on, regardless of what stage in life you’re in.”

Meurling came here with a girlfriend—and ten years in they’re married with two kids, but he still feels the same love for Berlin as the first day he arrived. 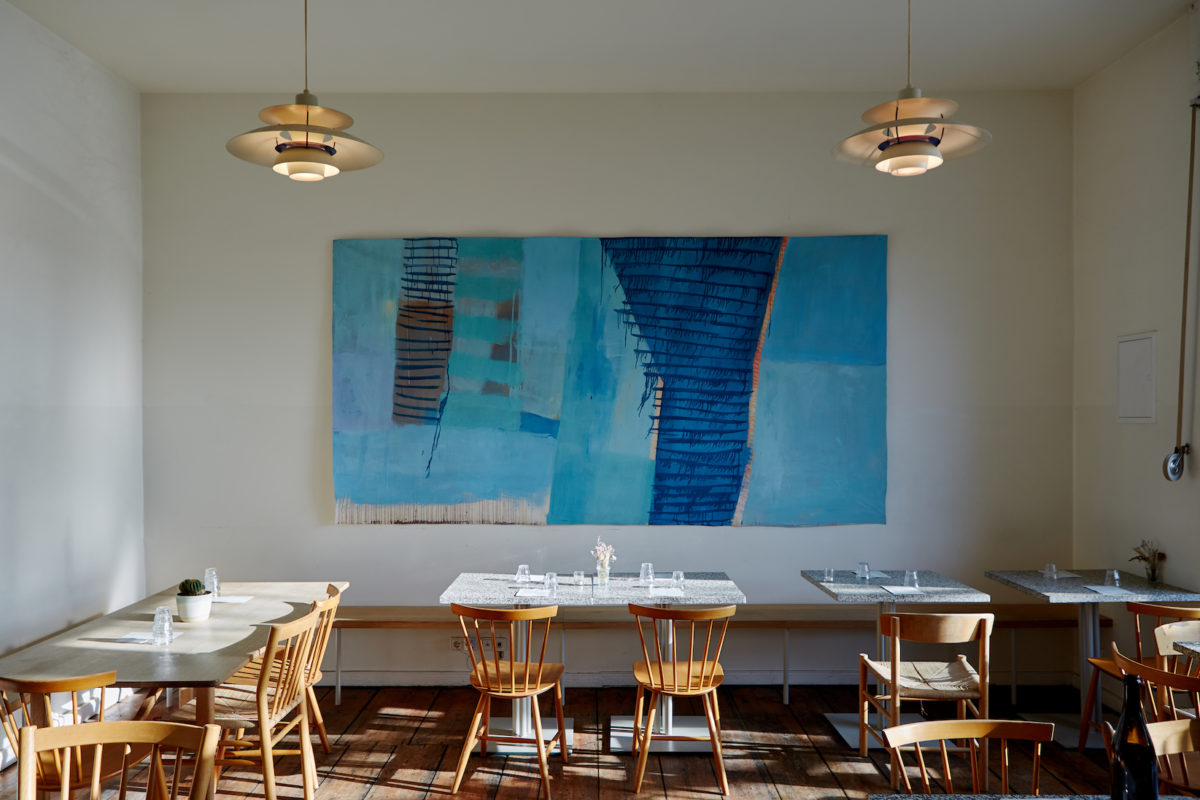 Take a morning stroll in Görlizter Park before stopping for breakfast at nearby Annelies. 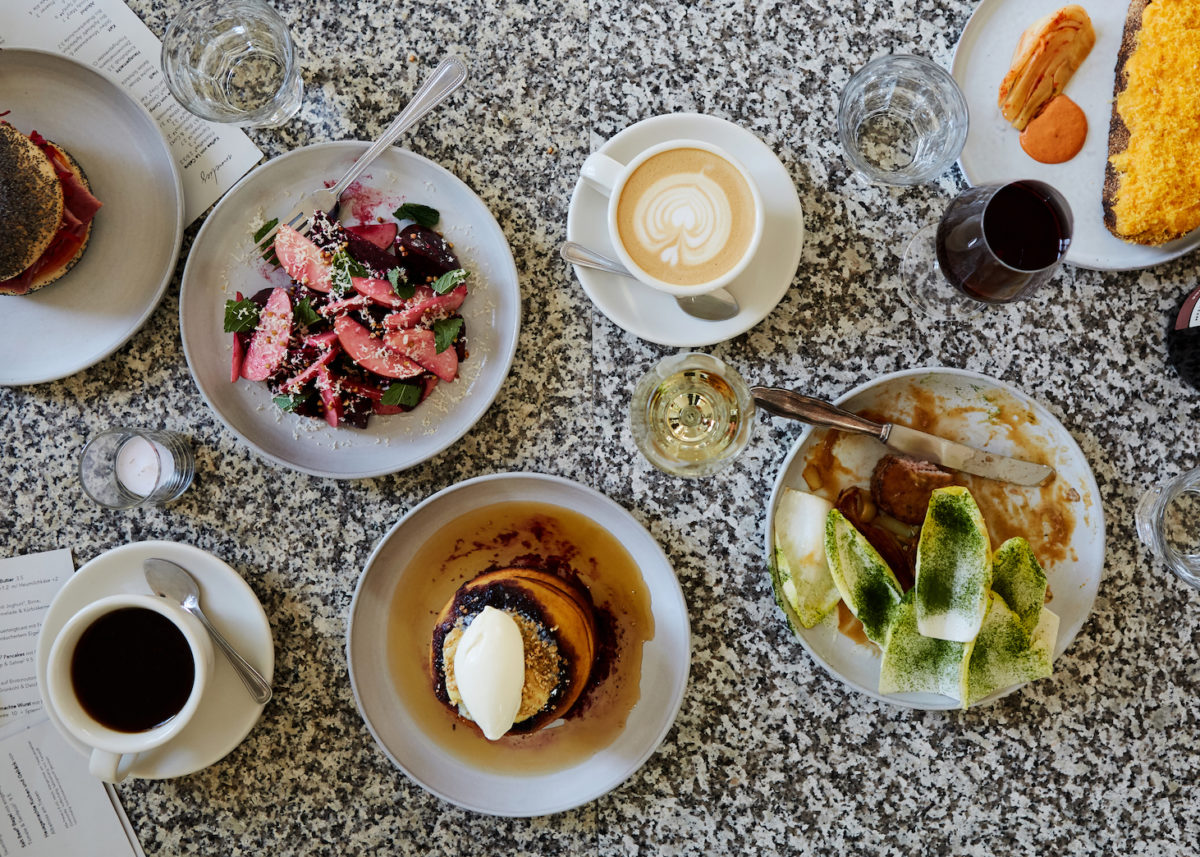 Annelies is known for its giant pancake stack topped with cream and thick drizzle of maple syrup.

Per Meurling’s Perfect Day in Berlin

There is only one thing us Berliners cherish more than a long night out, and that’s a late and long breakfast. Annelies, a restaurant in Kreuzberg right across from Görlizter Park, is famous for a massive pancake stack with its quenelle of cultured cream and generous drizzle of maple syrup, but really everything at this place is perfect and exceptionally forward-thinking. The coffee, the eggs on toast, the homemade sausage… true morning bliss. To eat here, either on a weekday or a weekend with my family and then stroll through Kreuzberg (maybe get some cooking ingredients and snacks at Markthalle Neun, a fabulous market hall a block away), is pretty much the perfect start to a day in Berlin for me. 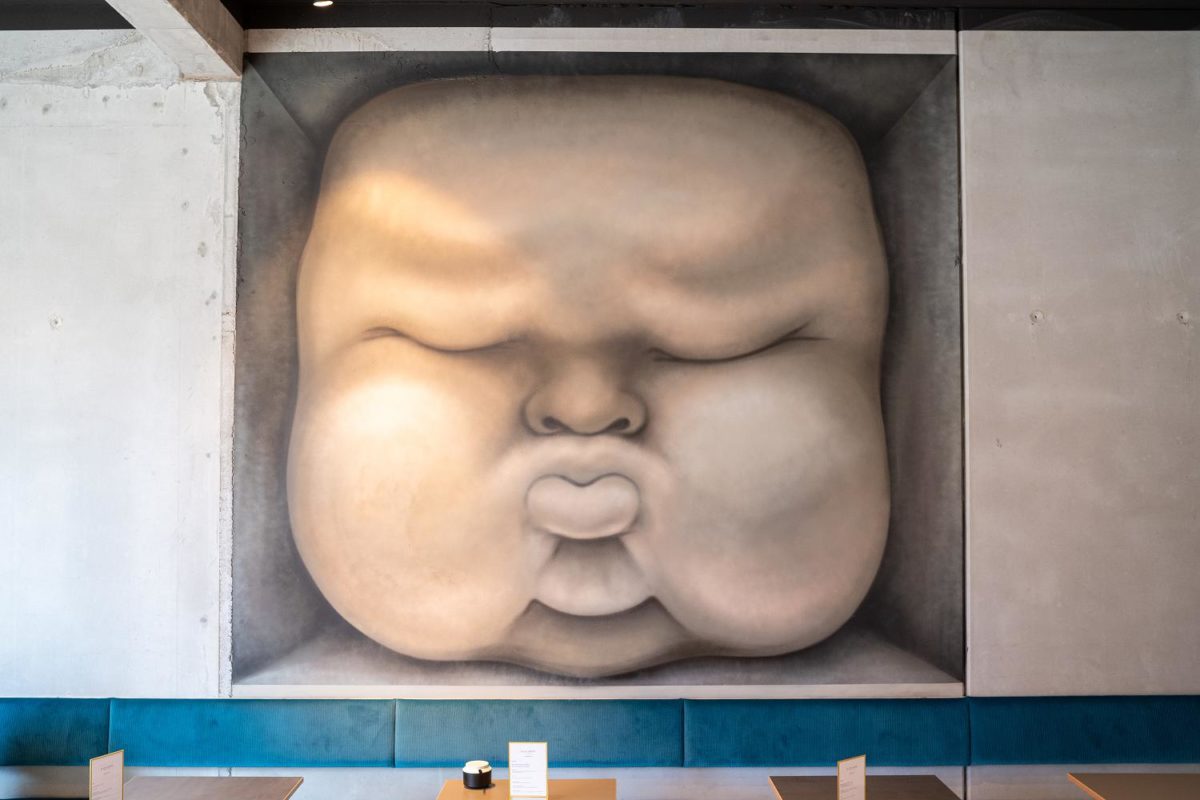 One of Berlin's most charming faces can be found in Black Apron. 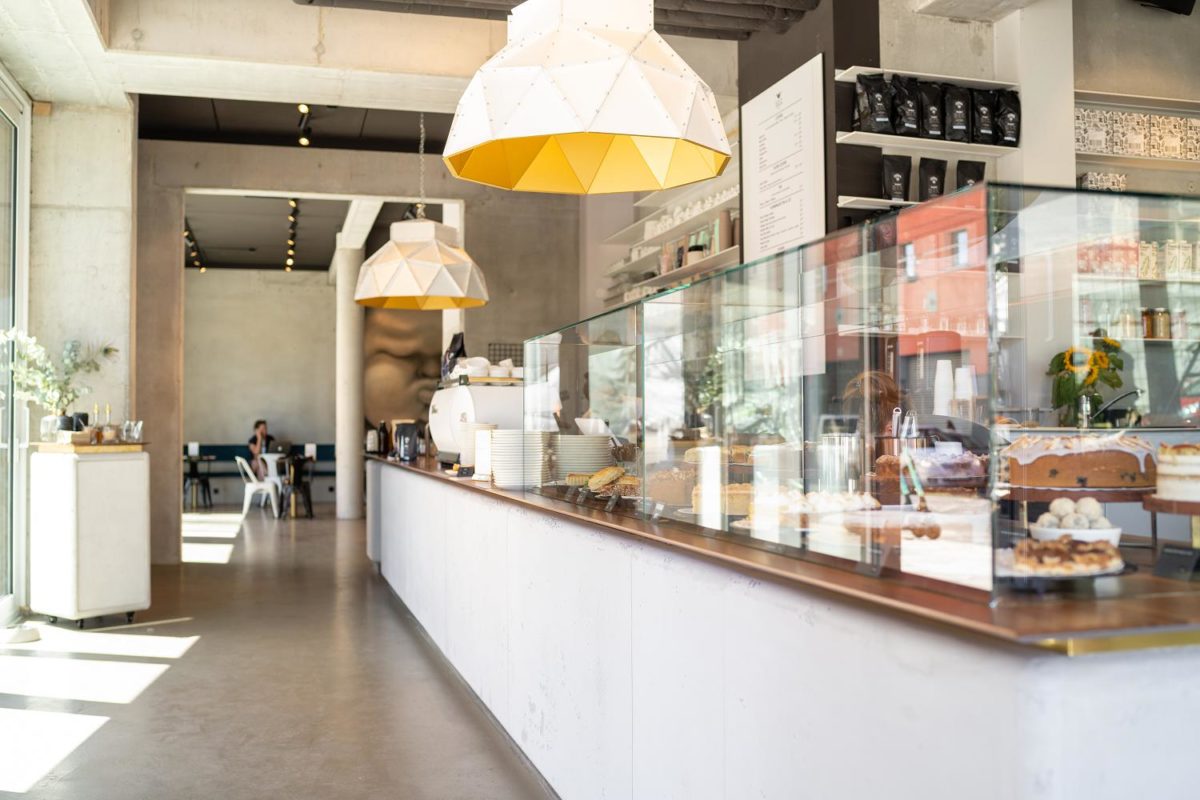 Black Apron is the perfect spot to grab a baked good and settle in for a quiet but productive afternoon.

Lunchtime is a time of food exploration for me—at least a couple of times a week I pick a specific place or a neighborhood to explore and document. Turkish in Kreuzberg? Syrian in Neukölln? Chinese in Charlottenburg? Or maybe a traditional German meal in Mitte? Berlin is a marvelous city for food, and even after ten years I manage to unearth hidden gems at a steady pace for every wallet and every taste.

Afternoons are for writing, either at my little office or a café in my neighborhood, like Lass uns Freunde bleiben or Black Apron. On the rare occasion of a quiet day, my ultimate pleasure is to visit my local sauna Olivin for some serious downtime and maybe even a massage. The weekend version of that is an excursion to the enormous spa and sauna Vabali. 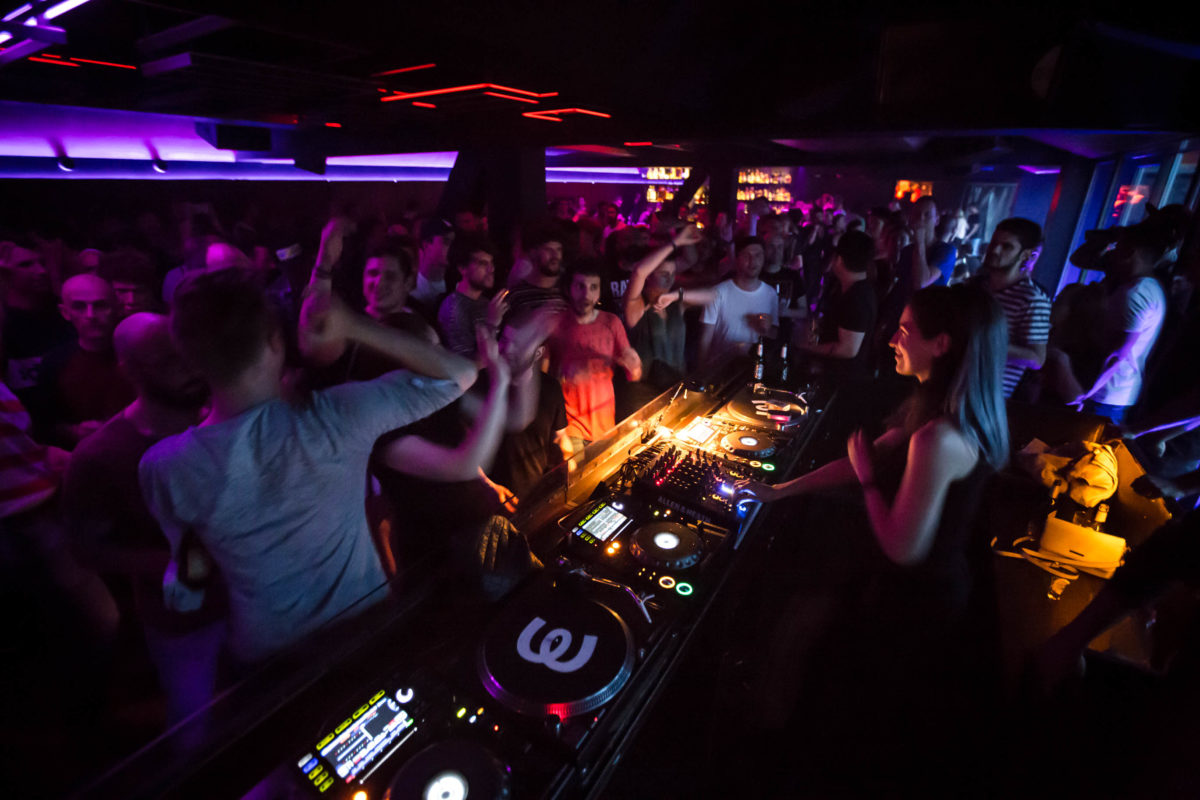 Nightclubs like Watergate helped establish Berlin as one of the greatest party cities on earth. 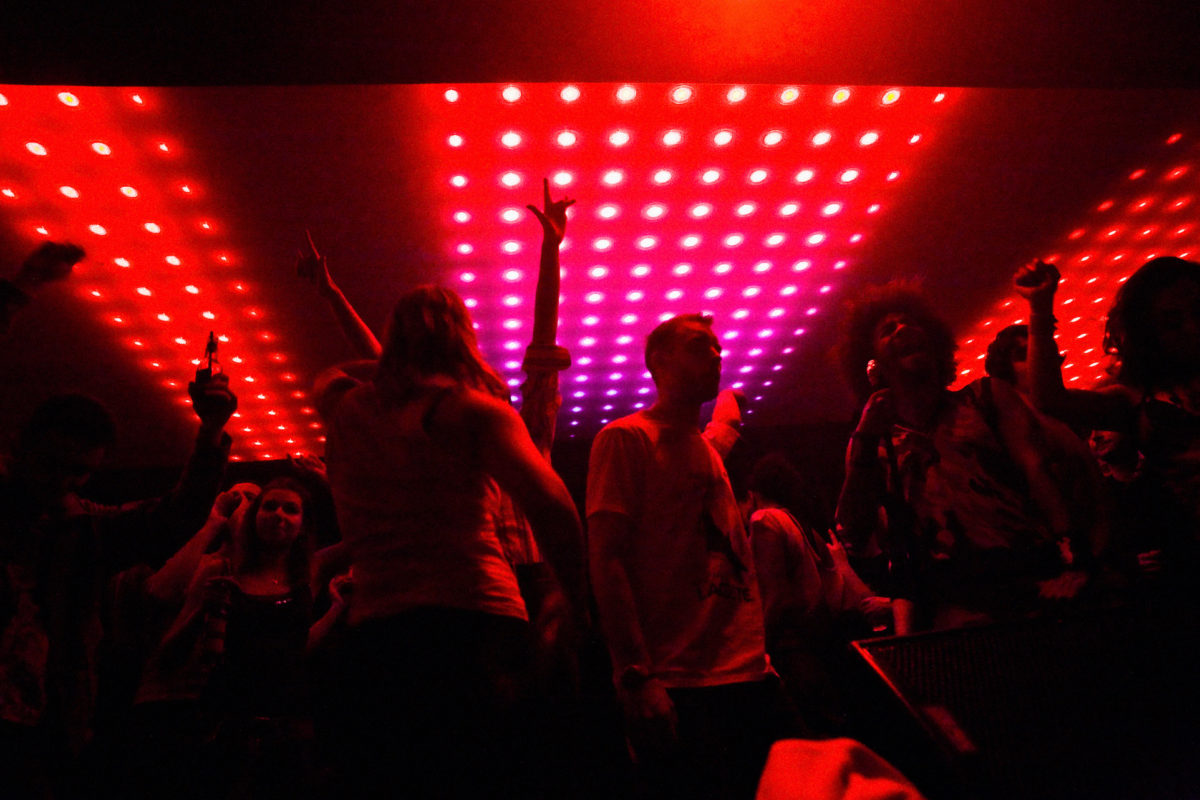 Nightlife in Berlin isn't only something to enjoy on the weekends—it's part of the city's lifestyle.

One of my favorite places to take visitors is hands-down the Turkish Ocakbasi grill Adana Grillhaus in Kreuzberg. Turkish food is a huge part of everyday life in Berlin and Adana is a tremendous place to go, situated right on Skalitzer Straße a block away from Kreuzberg’s buzzing Turkish center, Kottbusser Tor. Order the mixed grill platter (containing the famous Adana kebap and kaburga lamb ribs) along with plenty of mezze, raki, and Efes beer and you’ll be in for a great night.

Berlin has an abundance of legendary bars and clubs. I’m of the firm opinion that Berlin has the best nightlife in the world, at least if you’re into electronic music and endless nights. If you’ve truly experienced nightlife in Berlin, you are spoiled for life. Sisyphos, Kater Blau, Watergate, or a trip to the legendary and lofty halls of electronic music temple Berghain—these places are more than clubs, they are a lifestyle. Personally, I left that life behind me years ago, but for anyone who hasn’t experienced Berlin’s club scene, it’s a must.

Today, I indulge in a more sophisticated drinking culture at wine bars such as Freundschaft or cocktail bars such as Mr. Susan, Velvet, or Becketts Kopf. For a late night snack, there are many great choices, and favorites include Köfte sandwiches at Izmir Köfte, Lahmacuns at Örnek, or a Meisterburger at the local burger chain Burgermeister. 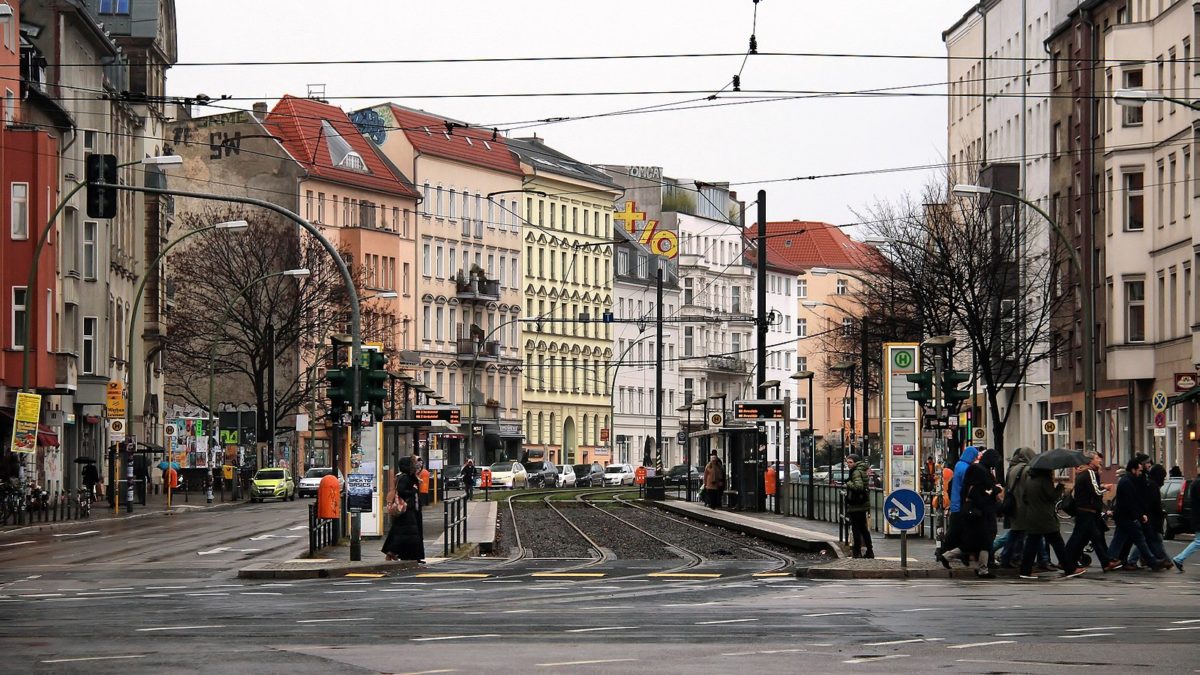 First-time visitors to Berlin should consider a stay in Rosenthaler Platz. Photo by Jorge Franganillo.

Where to Stay in Berlin

My favorite hotel in the city is easily the Michelberger, an independent artist hideout led by a tremendous bunch of people (it also features a fantastic restaurant). Other than that, I always recommend people stay around Northern Mitte (like Rosenthaler Platz) for the best base to explore the city.

My most important piece of advice for a visitor: Plan your meals carefully, listen to independent guides, and stay away from the big web portals. There are plenty of bad meals to be had in Berlin and only a few great ones—make sure to research the right ones.

Consult the online map on BerlinFoodStories.com, the top 50 list on the same site, or my Berlin To-Eat list on FinestFoodStories.com, and I can guarantee you that you’ll be in for some extraordinary food!