Though Belfast has a long history of musical excellence, the Northern Ireland city is enjoying a creative renaissance, as modern musicians breathe new life into old traditions.

With the same spirit, and with the help of the Oh Yeah Music bus tour, we put together a guide to the city of Belfast then and now for Here Issue 11 designed to honor its rich history and celebrate its promising future, including the music venues, restaurants, and neighborhoods not to miss.

To say that Belfast is an unsung hero in the world of music would be an understatement. In addition to household names like Van Morrison and Snow Patrol, Belfast has produced such international sensations as oldies crooner Ruby Murray, punk band Stiff Little Fingers, and guitarist Gary Moore. And though memories of The Troubles (the 30-plus-year conflict between Nationalists and Unionists that divided the country until 1998) once eclipsed Northern Ireland’s artistic reputation, Belfast has more than proven itself as resilient and multifaceted—and is currently doubling down on its efforts to support the arts, something that has helped more than anything else to place it on the world stage.

Few know this effort better than Charlotte Dryden, Chief Executive of Oh Yeah Music, the nonprofit behind the Sound of Belfast (a weeklong celebration that pays tribute to Northern Ireland’s vibrant music scene). Dryden describes Oh Yeah as a dedicated music hub for Belfast, established to support the development of music and musicians from Northern Ireland. 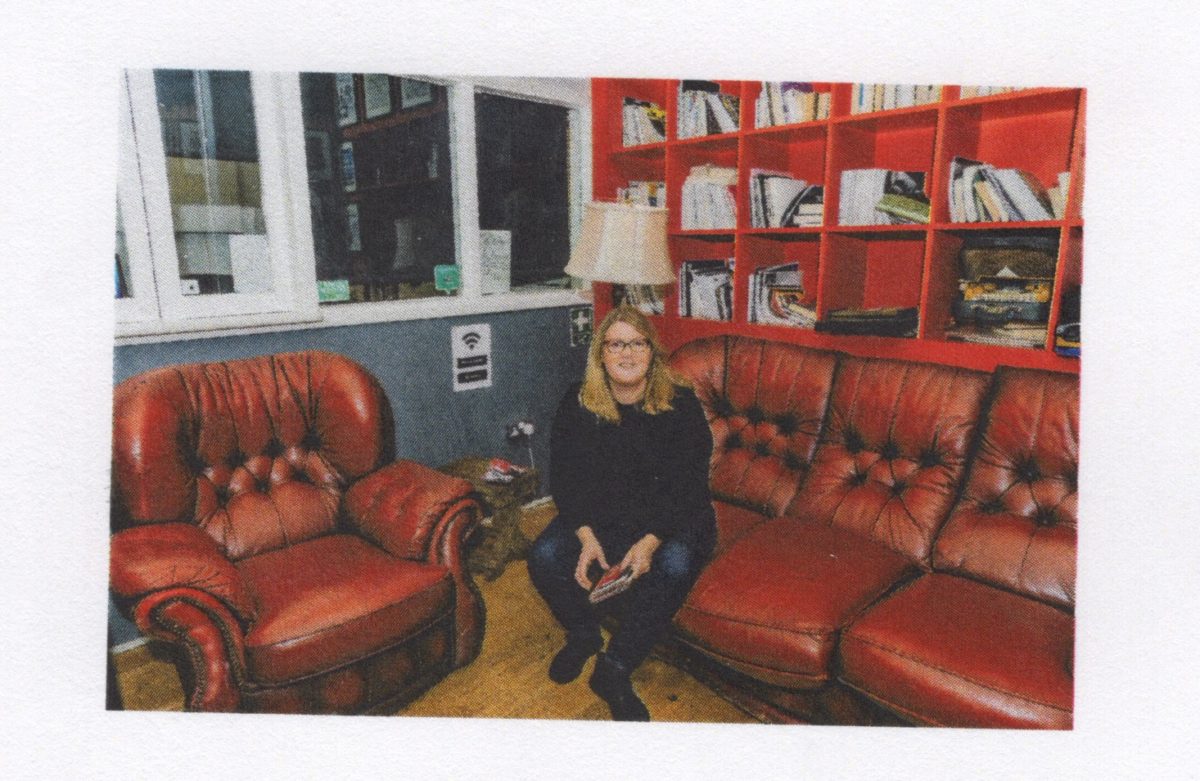 “Music in Northern Ireland has been a constant,” Dryden says. “It has provided hope, inspiration, and joy in the darkest times.” From emerging hip hop artists like Jordan Adetunji to riot grrrl and indie sensations like Problem Patterns, Sister Ghost, Strange New Places, Hand Models, and Careerist, music continues to be so central to Belfast culture that the city council is working on a UNESCO bid for official City of Music status.

And though Dryden is a die-hard advocate for Belfast now, she grew up in Derry-Londonderry, visiting Belfast only occasionally as a schoolgirl in the ’80s.

“Music in Northern Ireland has been a constant. It has provided hope, inspiration, and joy in the darkest times.”

But after 17 years working in the music industry, Dryden has been wowed by the city’s creative progress. “It’s been amazing to watch Belfast evolve into the bustling, exciting, and modern city that it is now,” she says. “People here are so proud and determined, and the city is full of world-class, innovative, collaborative, creative, and forward-thinking doers. I still love my hometown of Derry with all my heart, but I have very much fallen in love with Belfast.”

At the core of Belfast’s glow-up is the arts and music community, Dryden says. Wandering through the trendy Cathedral Quarter on any given night, or on an Oh Yeah Music bus tour, it’s difficult to avoid the sounds of bodhran drums, fiddles, accordions, and tin whistles—all mainstays of traditional Irish music (also known as Irish trad). With upbeat instrumentation and quick-paced rhythm, Irish trad has integrated itself into the pulse of contemporary culture. Look no further than bands like Gaelic Storm, a Celtic group who broke out with the lively jigs heard in Titanic’s iconic steerage dance scene (fitting, seeing as the “Ship of Dreams” was actually built in Belfast in 1909), and released albums that reached the top 10 on Billboard World Music charts in the early 2000s. 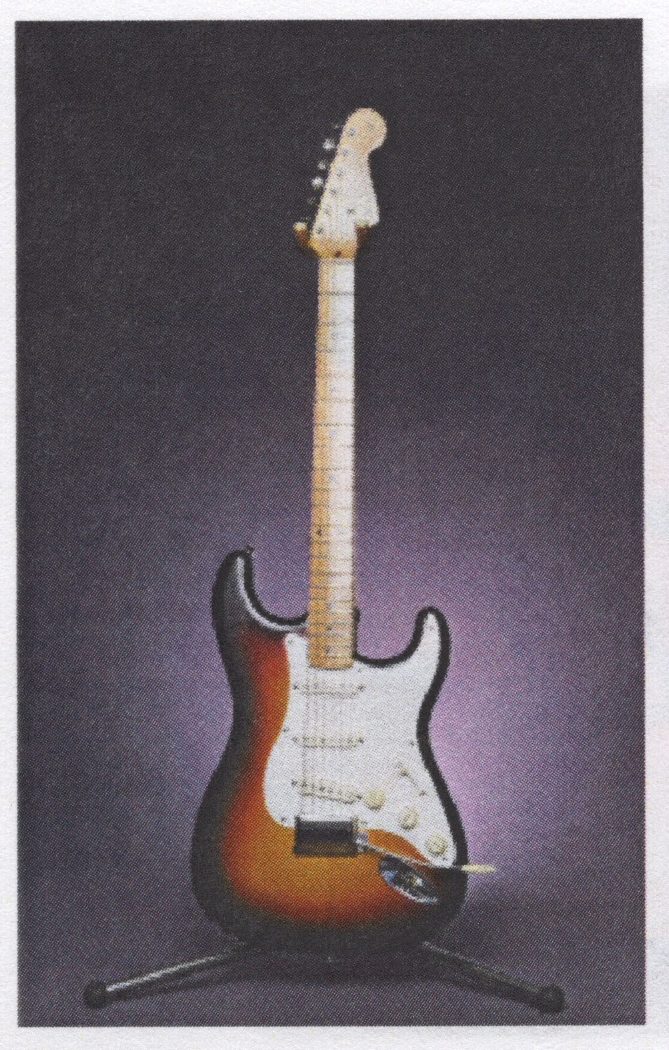 But of course, Belfast’s modern influence extends beyond the traditional music you’d hear at popular pubs such as The Points or The Northern Whig. The city has a burgeoning electronic music scene, featuring globally adored acts like EJECA, Bicep, and Brame & Hamo.

It is also brimming with cultural and artistic institutions, such as the performing arts venue The Black Box, the punk venue Voodoo, and The MAC (Metropolitan Arts Centre). And even Van Morrison—whose internationally beloved sound is often characterized as rock and roll—is technically classified as a “Celtic soul” artist, a term that emerged with his second (and most iconic) album, Astral Weeks (1968). That album was inducted into the Grammy Hall of Fame in 1999 and landed the golden spot on Rolling Stone’s top 20 albums of all time. The extent to which Belfast has captured his imagination and shaped him as a songwriter is most evident in his lyrical repertoire. Morrison wove his past into his chart-topping songs and devoted entire verses to his youth, such as in “Brown Eyed Girl,” when he sings about “the hollow,” a place in Belfast where he used to play as a child. He has also named songs after the landmarks that inspired him, from his favorite street (“Cyprus Avenue”), to where he grew up (“On Hyndford Street”).

Much has changed, but the Belfast of Morrison’s youth and the Belfast of today have one thing in common: This is a city shaped by artists that command the world’s attention. Here, we take a look at the top sites in Belfast that have cemented its place in the musical history books—and those that have brought it well into the present. 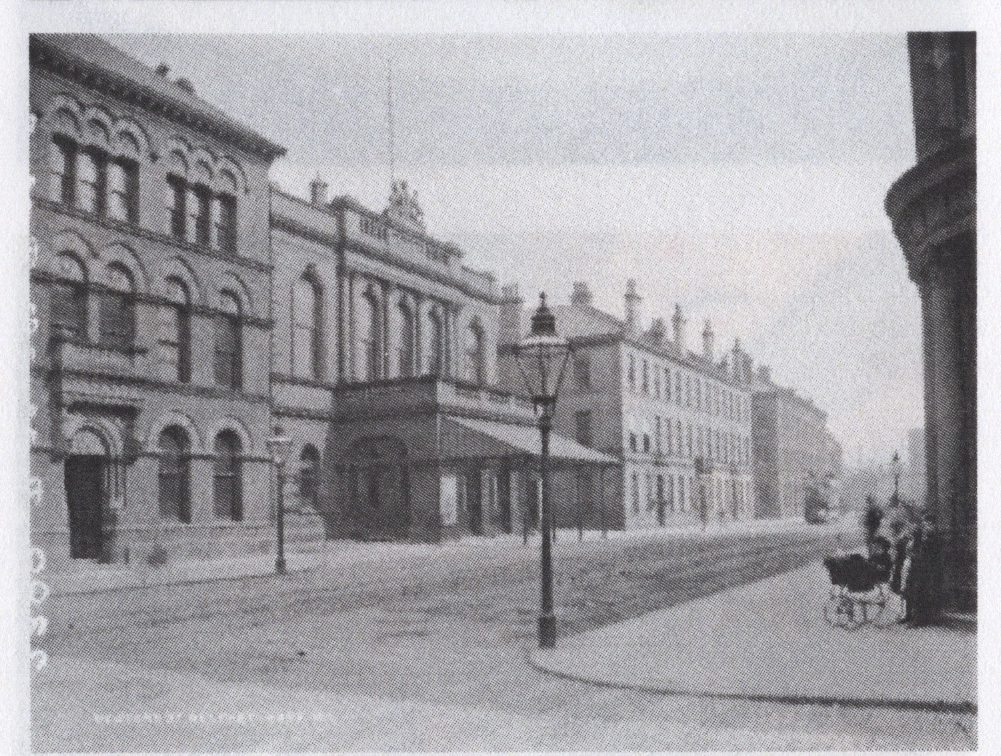 The “Then” Music Venue: Ulster Hall

Since opening in 1862, the blue chip performing arts center has withstood the test of time as a cultural mainstay. Although Ulster Hall was built for concerts, complete with curved ceilings to amplify sound, such cultural greats as Charles Dickens, James Joyce, and the Dalai Lama have given readings there. Throughout the ’70s, the venue was the site of some of Europe’s most iconic concerts. It was where Led Zeppelin first debuted their song “Stairway to Heaven,” and rock icons like The Rolling Stones, AC/DC, and The Clash have all graced the iconic stage.

“You don’t really play there until you’ve made it,” explains Charlotte Dryden. “Every Northern Irish act dreams of playing Ulster Hall.” In the ’90s it showcased the best of the alt/grunge scene, like the Red Hot Chili Peppers, and in the early 2000s it was a mainstay for indie acts, like Franz Ferdinand. Today, international pop stars like Mabel perform here. Morrison got the chance to play the hall in the ’80s, something he undoubtedly dreamed about as a child. 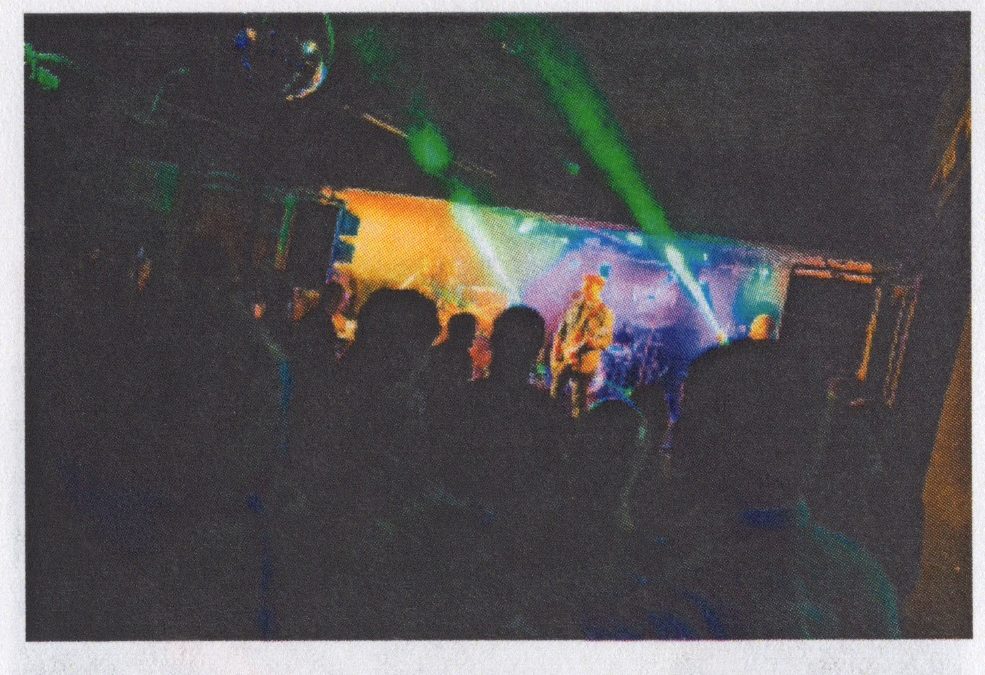 Inside Voodoo, one of Belfast's most vibrant live music venues.

It’s no shock that there’s plenty to choose from when it comes to live music in Belfast, and there’s a venue for just about every mood. Voodoo on Fountain Street is a rare gem with tons of personality, showcasing punk, metal, ska, and straight rock acts paired with cold beers and Cajun-inspired bites. Come to this hometown hero for lively, spirited performances in a real neighborhood setting.

For different vibes and a bit more variety, check out The Black Box on Hill Street. Live music is the name of the game, but they’ve also got theater, comedy, film, visual art, circus (!), cabaret, and, of course, a delightful bar. You can’t go wrong. 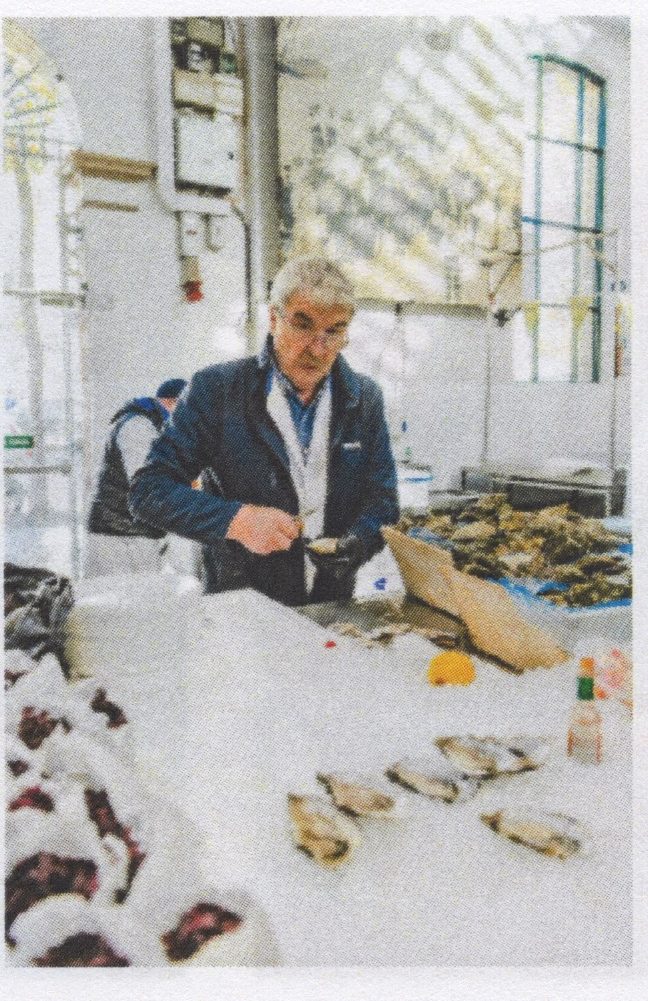 Many Belfast institutions have been serving the public for years—including St. George's Market, which is over a century old.

The “Then” Pub: Davey’s Chipper

While brothers David and James McIlwain ran multiple chip shops (popular fast food eateries) throughout East Belfast, Davey’s Chipper on Beersbridge Road—now a stop on the Oh Yeah Music bus tour—was the go-to for Morrison and his pals. He couldn’t resist their “pastie supper”—a Northern Ireland fast food staple, which consists of a potato sausage patty that is battered and deep-fried. For dessert, he would have ordered a barmbrack (a type of raisin bread), a snowball (coconut-flavored sweet bun), or a wagon wheel (chocolate-covered marshmallow biscuit). Meals at the shop were such a seminal part of his childhood, he references the eatery in “A Sense of Wonder.” He sings, “Pastie suppers down at Davey’s Chipper / Gravy rings, barmbracks / Wagon wheels, snowballs.” While the chip shop has since reopened as a Chinese restaurant, die-hard Van fans know its roots and still visit the site today.

At St. George's, over 250 vendors sell everything from baked goods to vegan food.

Another old-school option: the 120-year-old St. George’s Market, which is still open. On May Street near Waterfront Hall and the River Lagan, the market is the last standing traditional-roofed Victorian market in Northern Ireland, and the perfect spot to sample modern delights, such as local baked goods, fresh produce, and even some live music. Friday through Sunday, market-goers can peruse over 250 vendors selling homemade soaps, pastries, vintage jewelry, and vegan burgers, while local bands test-run their newest tunes. St. George’s is best known as a foodie destination that won’t break the bank; sample Guinness bread, spicy Indian curry, or mac-and-cheese made-to-order. 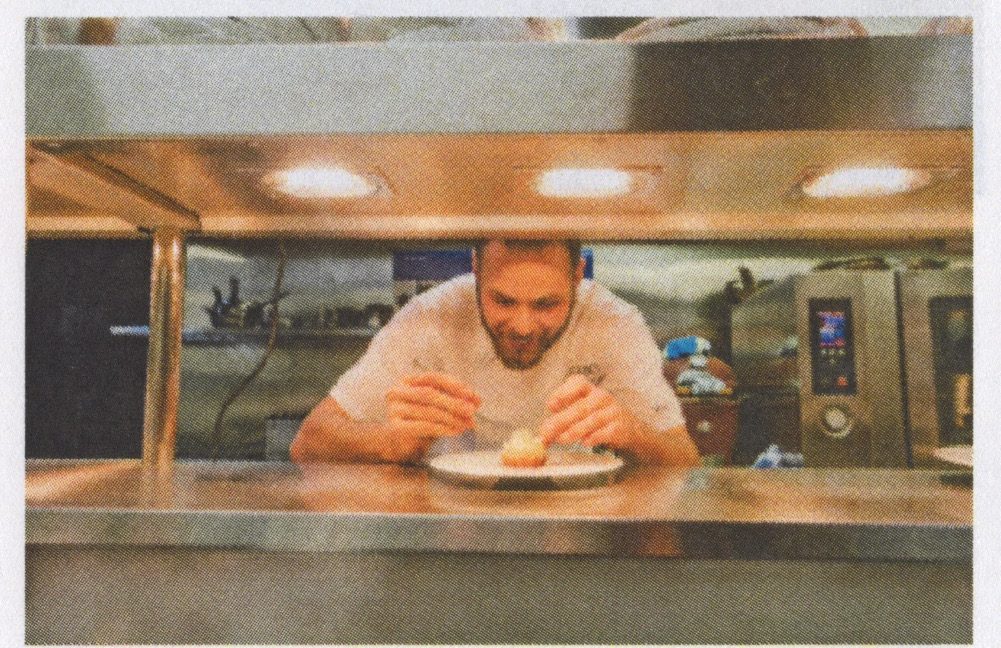 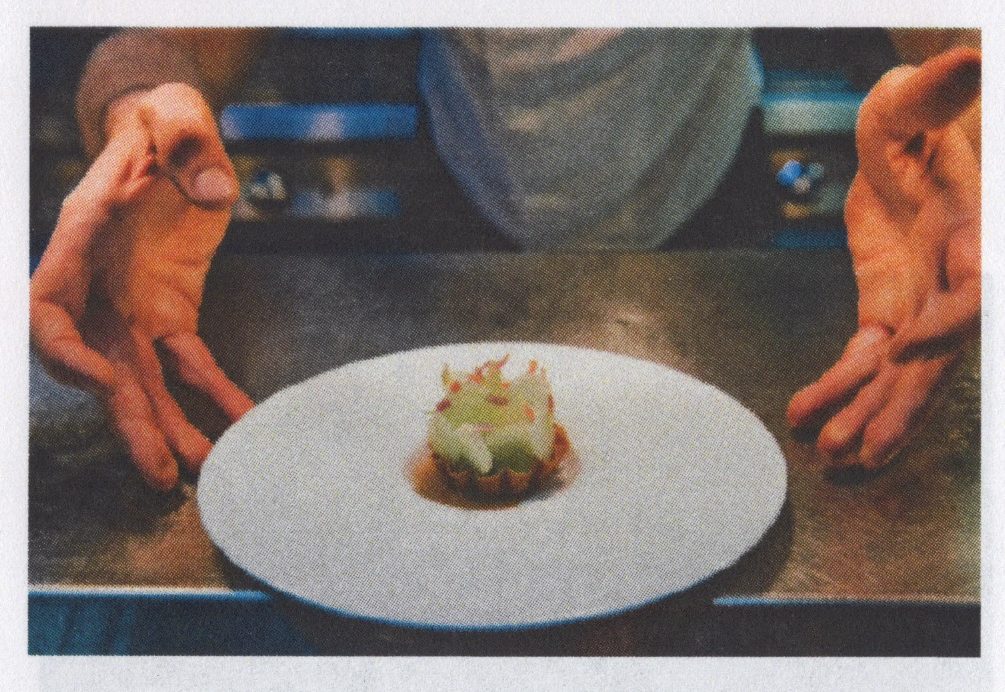 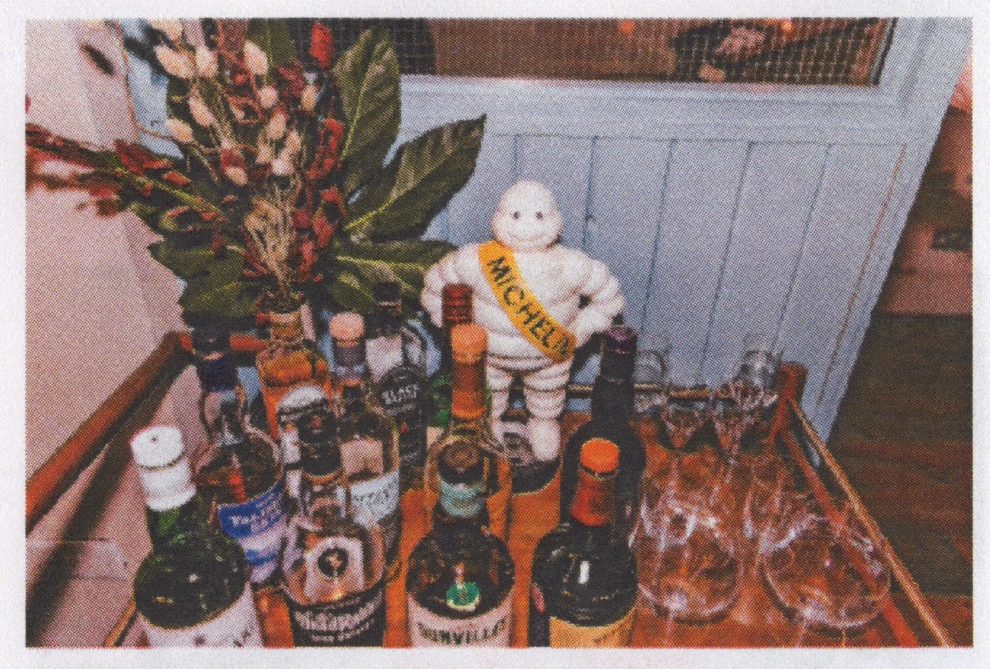 Ox is known for its a rotating seasonal and local menu. 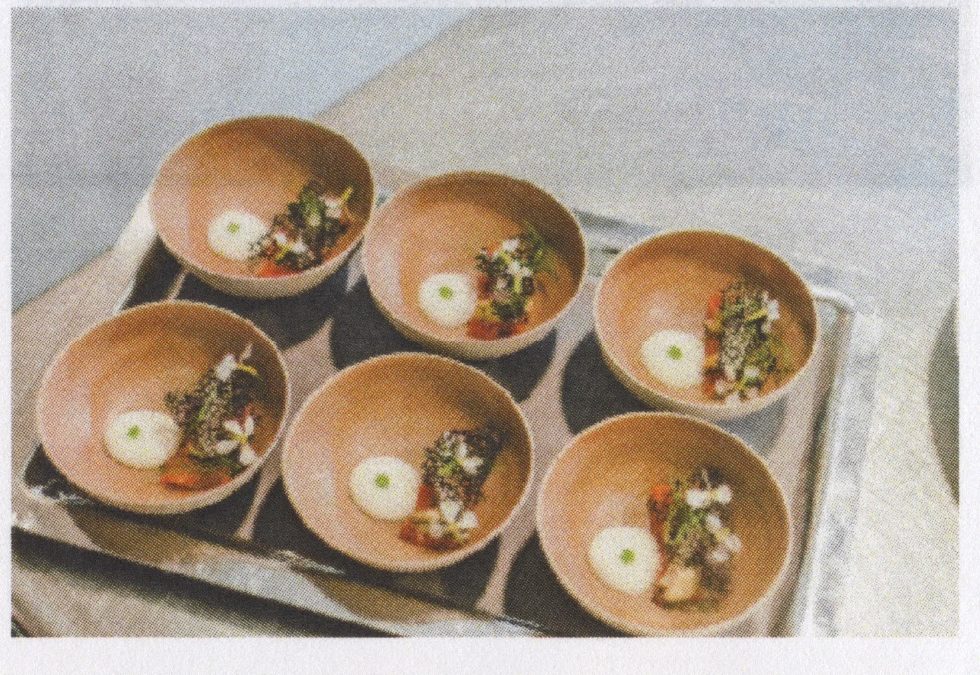 Belfast’s food scene has steadily grown in recent years; restaurants like Ox, a bistro with a rotating seasonal and local menu, and Deanes EIPIC, a four-time Michelin-star winner, have put the city on the map as a foodie destination with their elevated Northern Ireland cuisine. Led by head chef Alex Greene, EIPIC is known for its warm Irish welcome, talented chefs, and use of fresh, local produce. An experience at EIPIC is elegant from start to finish, and the menus (think Wicklow venison with sorrel and winter vegetable tartlets) do justice to the richness of Northern Ireland ingredients and cuisine. 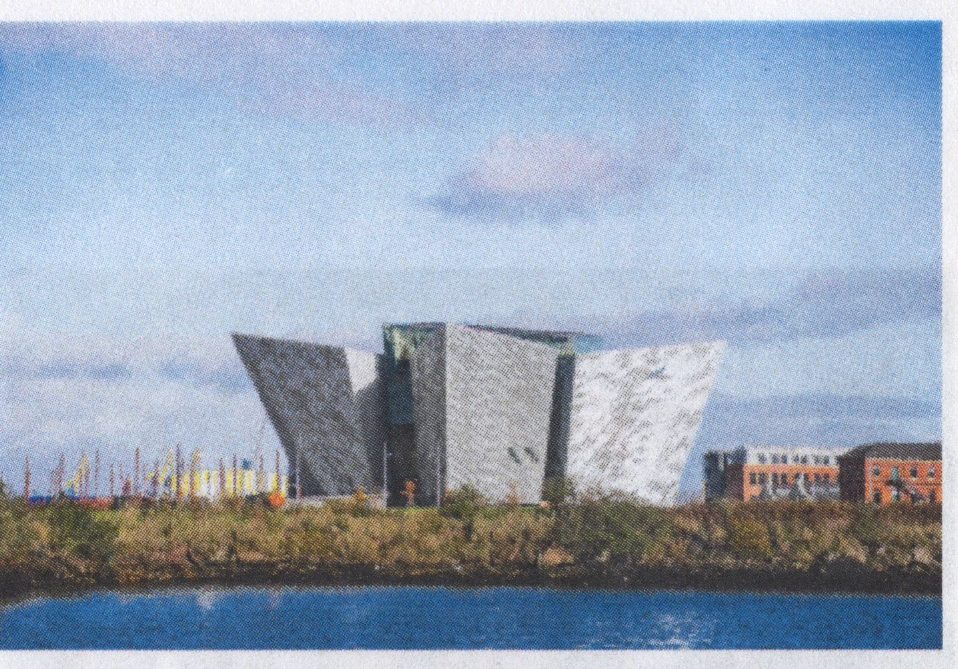 Belfast's Titanic visitor experience is the largest in the world and the crown jewel of the Titanic Quarter. 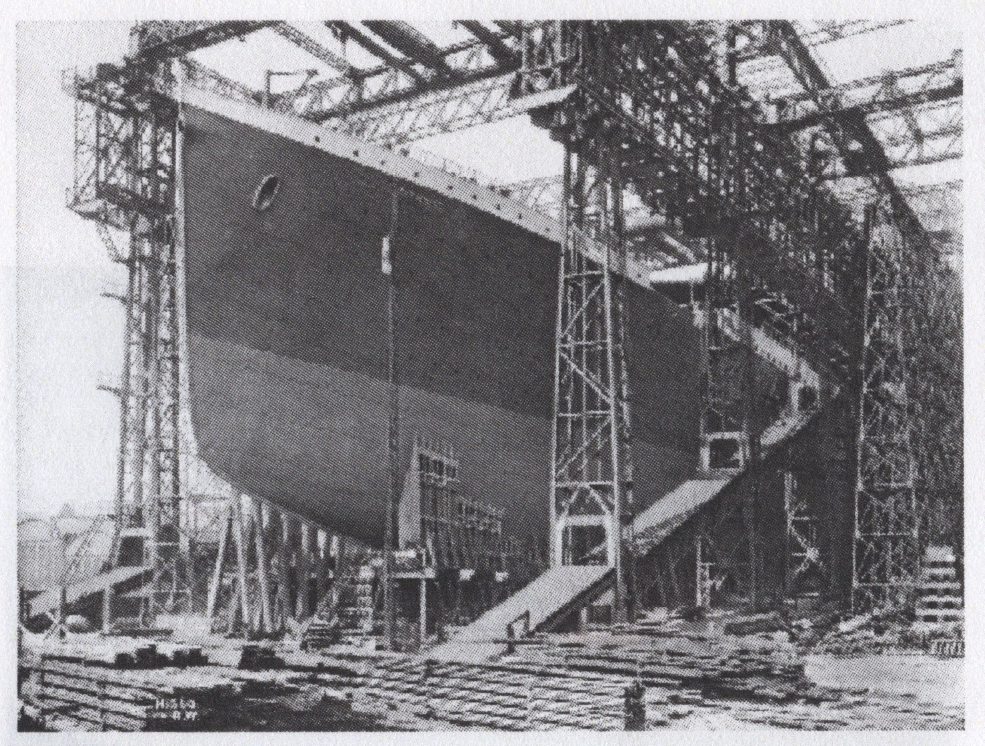 Inside the Titanic Belfast, learn about the ship's creation—and the details behind its untimely end.

The “Then” Neighborhood: The Titanic Quarter

In the early 20th century, Belfast was a global center of maritime commerce and one of the most important shipbuilding sites in Europe, including, of course, the building of the famed R.M.S. Titanic, which sank in the Atlantic in 1918. The Titanic Quarter that we know today is very different from the Titanic Quarter of the past. Situated on the east bank of the River Lagan on Queen’s Island, this neighborhood is 200 years old, but has since been redeveloped as a mixed-use waterfront area that features film studios, apartments, historic maritime landmarks, and the world’s largest Titanic visitor experience, Titanic Belfast. 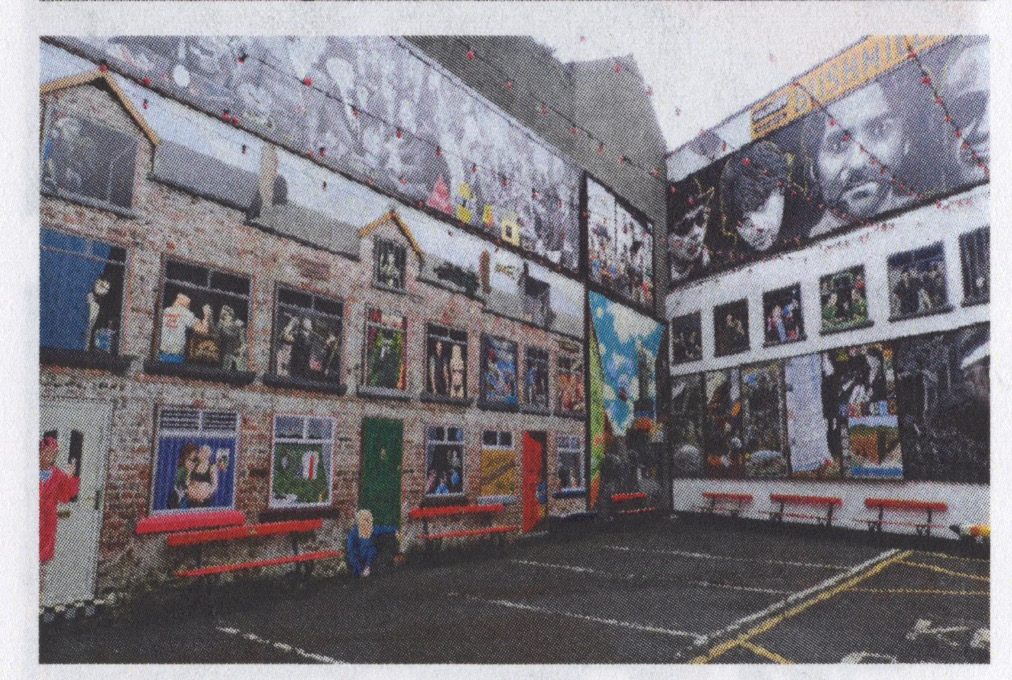 Belfast's streets are filled with murals, many of them commissioned by local arts organization Seedhead Arts. 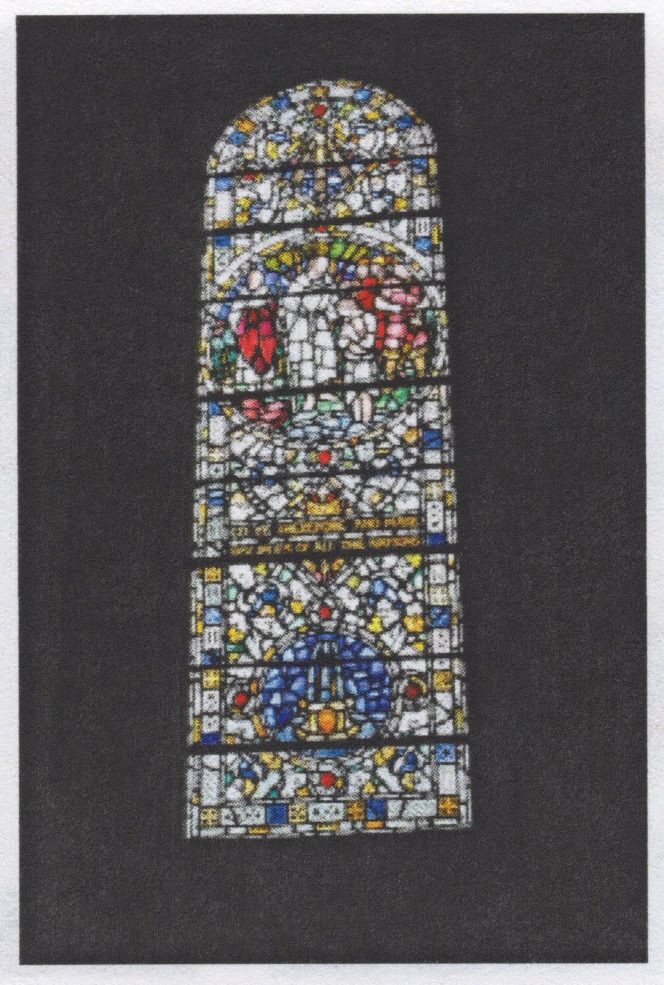 Walking around Cathedral Quarter, many things may grab your attention, including the beautiful St. Anne’s Cathedral, but there’s more than what immediately meets the eye. Here, blank walls are few and far between—all thanks to Seedhead Arts, the organization behind Belfast’s annual street art festival. Seedhead commissions artists around the world to use the city as their canvas and offers street art tours that educate visitors on the modern history of Belfast through the lens of the colorful and culturally relevant murals.

One such mural is known as the Progress Mural, meant to inspire solidarity and symbolize all groups within Northern Ireland coming together in peace. “Out of the worst issues, the most exciting art is created, and that is what has been happening here,” explains Dryden.

Tours begin at The Duke of York, an eccentrically decorated must-see pub with weekly live music. From there, you wander down cobblestone streets and survey drawings until you hit the “Gayborhood,” a particularly significant area as same-sex marriage was legally recognized in January 2019.

“Belfast is a city full of new and emerging sounds,” Dryden says of her home. “Our music heritage is much deeper, more interesting, and more impactful than you might think.” Whether past, present, or future, Belfast will always be a leader in the arts and beyond.”

A version of this story appeared in Here Issue 11.