Austria’s music scene enjoys an increasingly diverse array of leaders intent on making their own paths outside the shadows of Mozart and Brahms. We caught up with two artists paving the way: Elizabeth Fuchs, conductor of the Philharmonie Salzburg, and hip-hop artist Crack Ignaz.

From the ninth row at the Grosser Saal, or Great Hall, of the Mozarteum Foundation in Salzburg, I can see each musician’s expression clearly. Every few minutes I focus on a different face: The cellist’s lips are tightly pursed; the flutist’s gaze is steely; the violinist closes his eyes in the moments leading up to his solo. This evening, the Philharmonie Salzburg performs Ludwig van Beethoven’s Triple Concerto and Symphony No. 7. The orchestra’s beating heart is conductor Elisabeth Fuchs, 42: a sweep of her arm gives way to a dip of the shoulder; her clenched fist bursts open at each crescendo. When the music stops and the audience cheers, I can tell tonight is going well. She later describes the orchestra to me as a ship she must guide through the sea—but I think it must feel more like flying.

After the concert, Fuchs and I stroll along the banks of the Salzach River. Fuchs’s onstage charisma carries over into our conversation. When we arrive at Johanneskeller, a small pub filled with local residents, we take a seat outside. Most of the orchestra is there—still in their black dresses and tuxedos, having wasted no time ordering pints of beer—and Fuchs is eager to join them. “They deserve this,” Fuchs says. “They live for music, as I do. Behind what we saw tonight is hundreds of years of study and hours upon hours of rehearsal.” 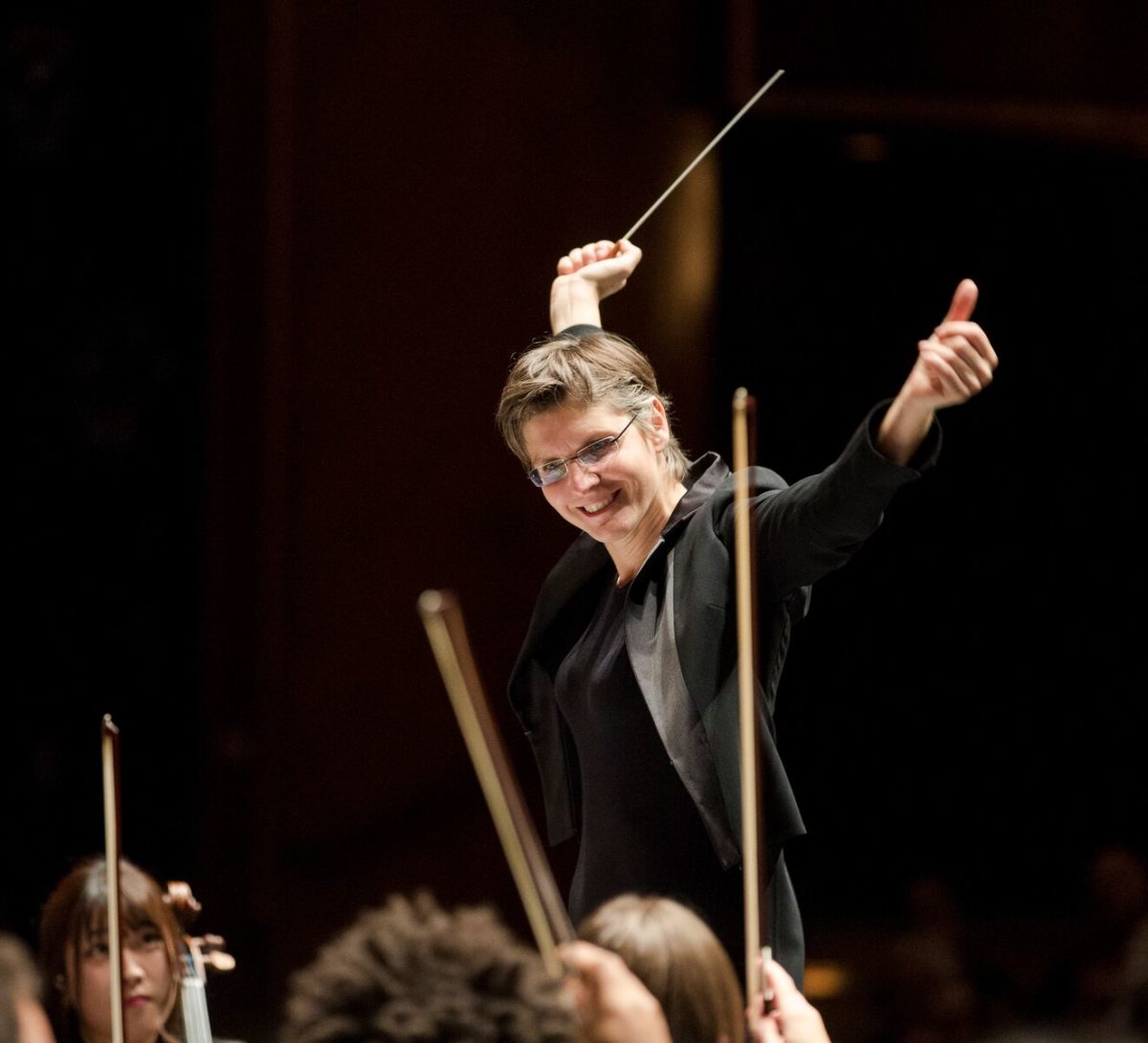 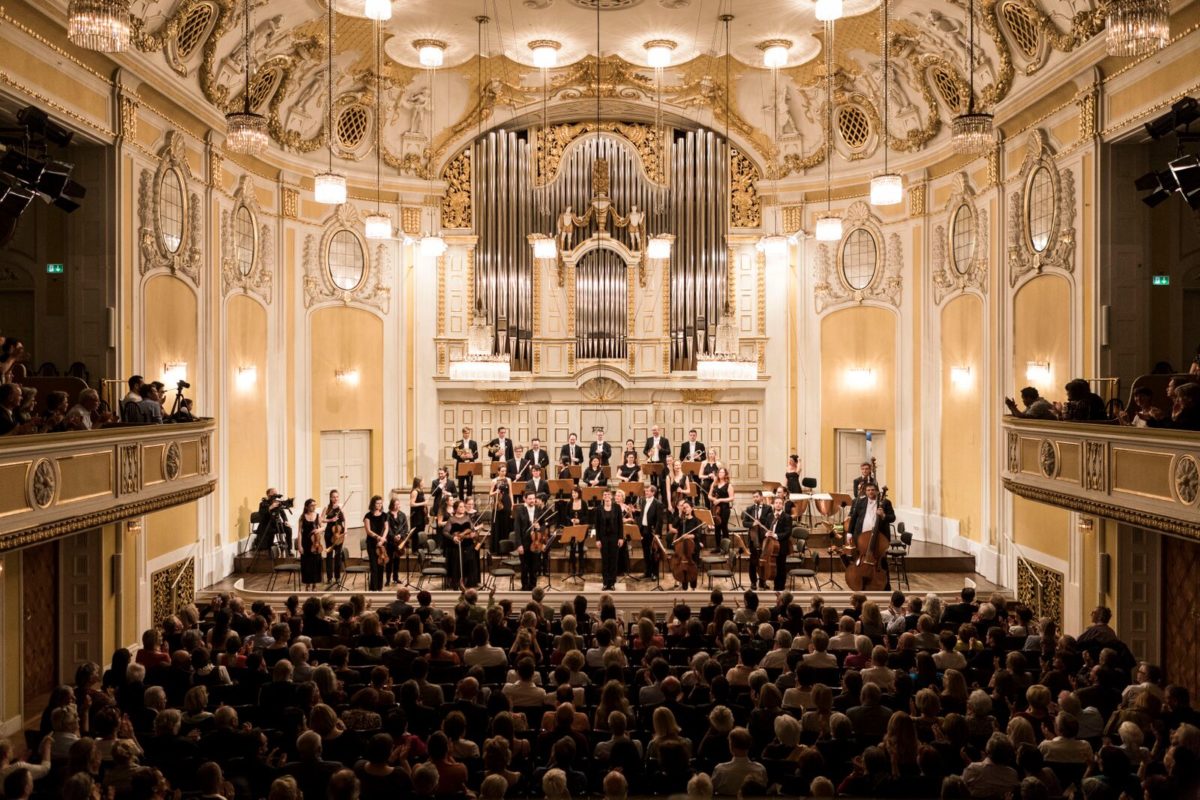 Salzburg’s Grosser Saal, or Great Hall, is the performance wing of the Mozarteum Foundation, which was founded in the mid-19th century.

Fuchs is one in a long line of talented classical musicians in Austria, of course. The most renowned composers of the 18th and 19th centuries (Brahms, Beethoven, Mozart, et al.) were drawn to Salzburg and Vienna, where they perfected their craft and shared their music with the world. In 2018, Austria’s grand concert halls continue to welcome the best of the best, and enjoy an association with the greats of history, all of whom were, by no coincidence, white men. But today, not only does the capital of classical music embrace a vast diversity of genres, from jazz and choir to country and rap—it also embraces an increasingly diverse set of musical leaders and innovators, including Fuchs.

In the very small community of professional conductors, few women have been able to rise to Fuchs’s level. While gender parity is fairly common within orchestras around the world, and despite most auditions being blind, with the candidates performing just out of sight to diminish bias based on appearance, almost 95 percent of top conductors worldwide are still male. “Very slowly, more women conductors are coming,” she says. “But let’s say thirty people are in the running for one spot and five of them are women. Statistically, a man will be chosen.” I add that it is often men making the decisions. “Yes! And you must be married with the music and the orchestra only.” Women face discrimination particularly between the ages of 30 and 40, critical years when garnering international recognition is of paramount importance on this career path.

Now, as Fuchs continues to rise, international travel and acclaim beckon. The mother of two sees herself becoming one of the big players in classical music. “New York and London; Amsterdam, Berlin, Munich; I’m looking for orchestras that match well with me,” says Fuchs, “but I will continue to make my life in Salzburg.”

In other musical genres, too, there are new faces breaking ground. Crack Ignaz is an acclaimed hip-hop artist poised to elevate Austria as a legitimate player in the international rap game—and he’s about as far from a Mozart or a Brahms as it gets.

Raised in a small village in the Austrian countryside, Ignaz is used to standing out because of the color of his skin: “It is kind of tough if you’re black, or any minority, in Austria,” he says. His chosen career path and sense of personal style make him even more of a standout in lily-white Austria. “There are not a lot of black men with blond dreads in Vienna.”

Ignaz won’t let me tell you his real name, and he doesn’t want you to know the year he was born. But he has other ways of letting you know who he is. His music shakes and flows, peppered with intensely personal lyrics yet full of deliberate omissions. He performs in an Austrian dialect of German and employs trap vocabulary derived from the American South’s version of hip-hop, taking on themes of love, sex, and drugs. And he writes everything himself. The Salzburg native—a self-proclaimed “King of the Alps,” the “swag god of Hanusch Platz”—is firmly establishing his own style in Deutschrap, and he wants you to get close.

Though Ignaz admits to traveling to Berlin almost weekly (“It’s the center of the hip-hop scene in the German-speaking world, for better or worse”), he is certain that from Austria flows a new kind of hazy, lo-fi sound. “It’s a recent phenomenon that [Austrian] music is getting some attention around Europe,” says Ignaz, who collaborates often with members of a collective of artists from Salzburg known as Hanusch Platz Flow.

According to Ignaz, urban culture in Austria only really exists in Vienna, and even there it’s still in its infancy. Breaking the mold is a particular challenge here, where the nurturing of diversity is a newer phenomenon and status quos change rather slowly. All the more impressive, then, that artists like Fuchs and Ignaz have carved out their place in the spotlight.