Atlas Obscura co-founder Dylan Thuras shares his tips for finding weird places and what he packs to document his travels.

Dylan Thuras is off to vacation at the Gates of Hell.

It’s been a running joke between him and fellow Atlas Obscura co-founder Joshua Foer for ages. Before they even started the site, they agreed that if things were still going strong in a few years, they’d celebrate by cracking open a cold one at the giant flaming (and slightly terrifying) Darvaza gas crater in Turkmenistan.

“If we make it, I’ll see you at the Gates of Hell,” he recalls joking with Foer—and now, ten years later, the duo is finally making it happen. But Thuras doesn’t think you have to venture to Hades and back to experience something amazing. Atlas Obscura, a community-run travel guide to the world’s weirdest locations, specializes in finding hidden treasures anywhere and everywhere—and with nearly 19,000 entries and counting, chances are some of the oddest places on earth wait right outside your front door.

“I love places that expand your sense of what might be out there or what’s possible.”

“These places don’t have to be far away; there are a lot of these amazing little stories,” Thuras says. “Whatever place you’re in, hopefully, you’re trying to figure out what it’s about and if there’s something more interesting—something that’s special, or playful, or fun, or kind of feels like it’s got some magic to it.”

Here, the delightfully curious traveler and artist shares what he packs to document the strange places he goes, as well as his tips for discovering the beautiful parts of the world hiding just under our noses. 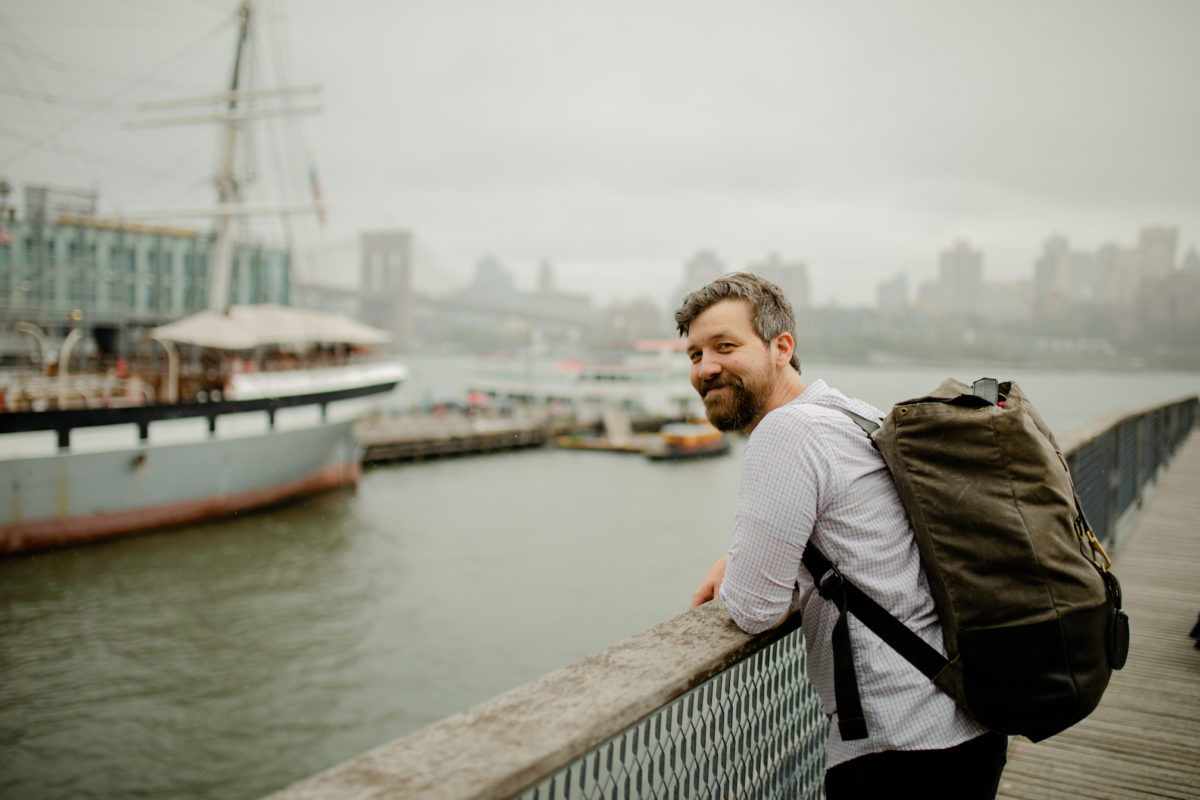 Thuras and Josh Foer founded Atlas Obscura in 2009 as a way to seek out unusual and interesting adventures. 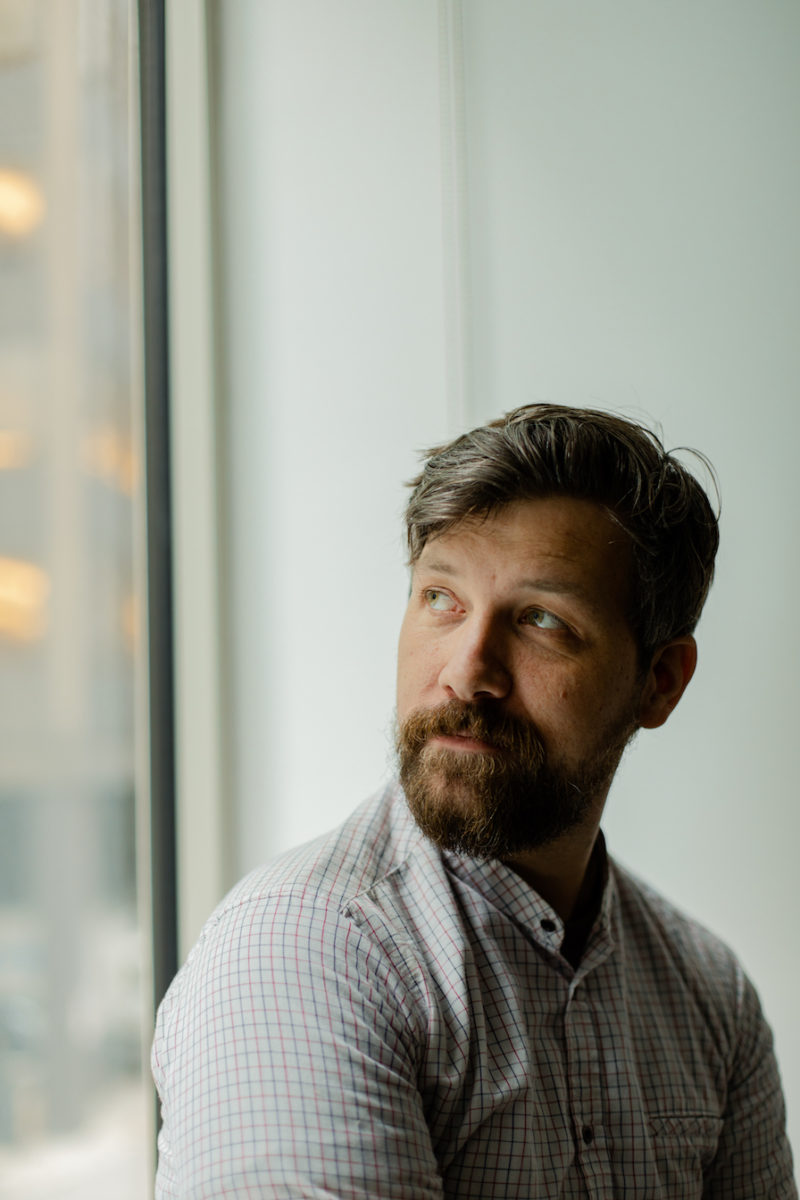 Before AO, Thuras worked as a film and video editor. 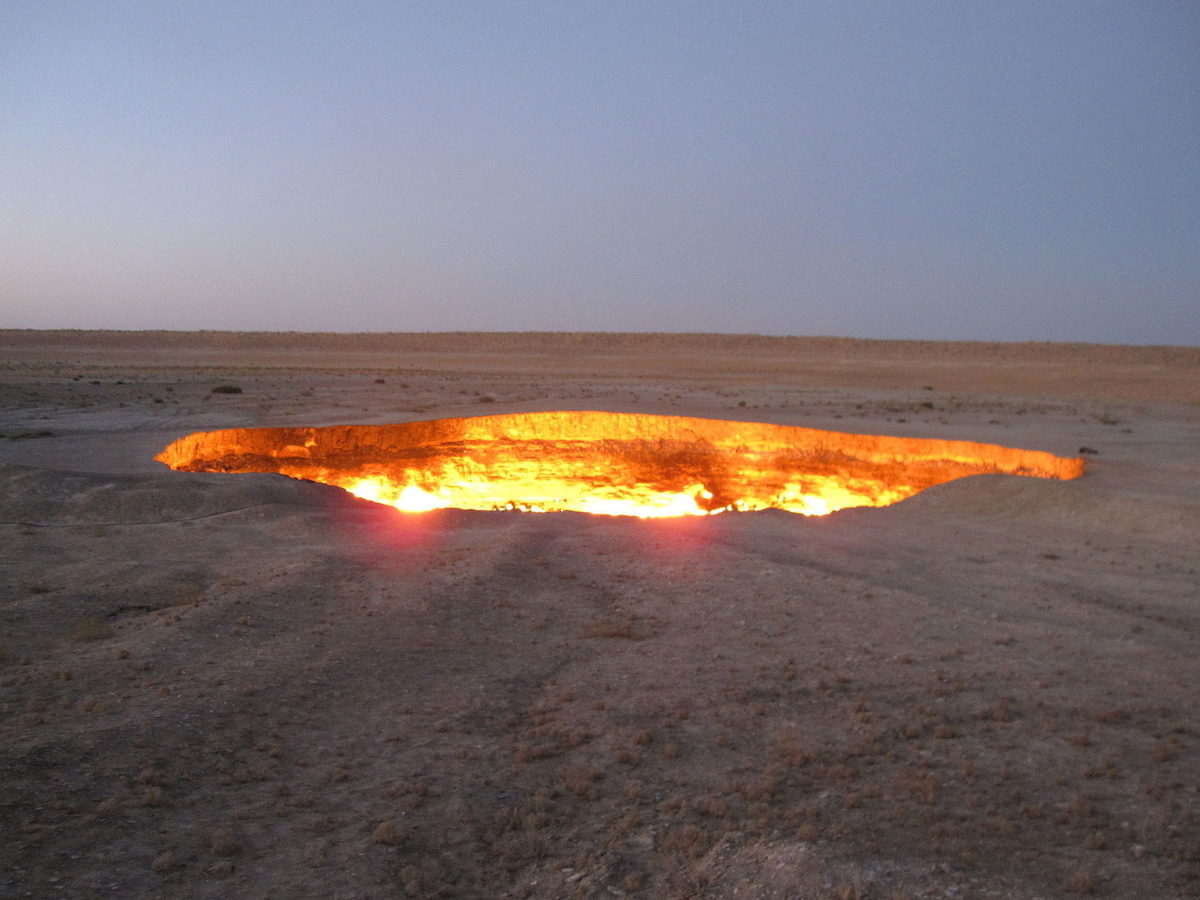 The Darvaza gas crater in Turkmenistan, also known as The Gates of Hell.

The Gates were created in 1971 when a Soviet drilling rig punctured a giant natural gas cavern—and it's been burning ever since.

Even though some places are generally weird, I often find what’s interesting about them isn’t that they’re strange, but why they exist—why someone made them, what the backstory is. The places that I really love kind of keep opening up. It’s cool if they’re visually amazing, but that’s not the top thing for me—the thing is when as you learn more and understand more, a crazy story unfolds, and you can tell other people about it and they say, “This is the wildest thing I’ve ever heard.” I love places that expand your sense of what might be possible. 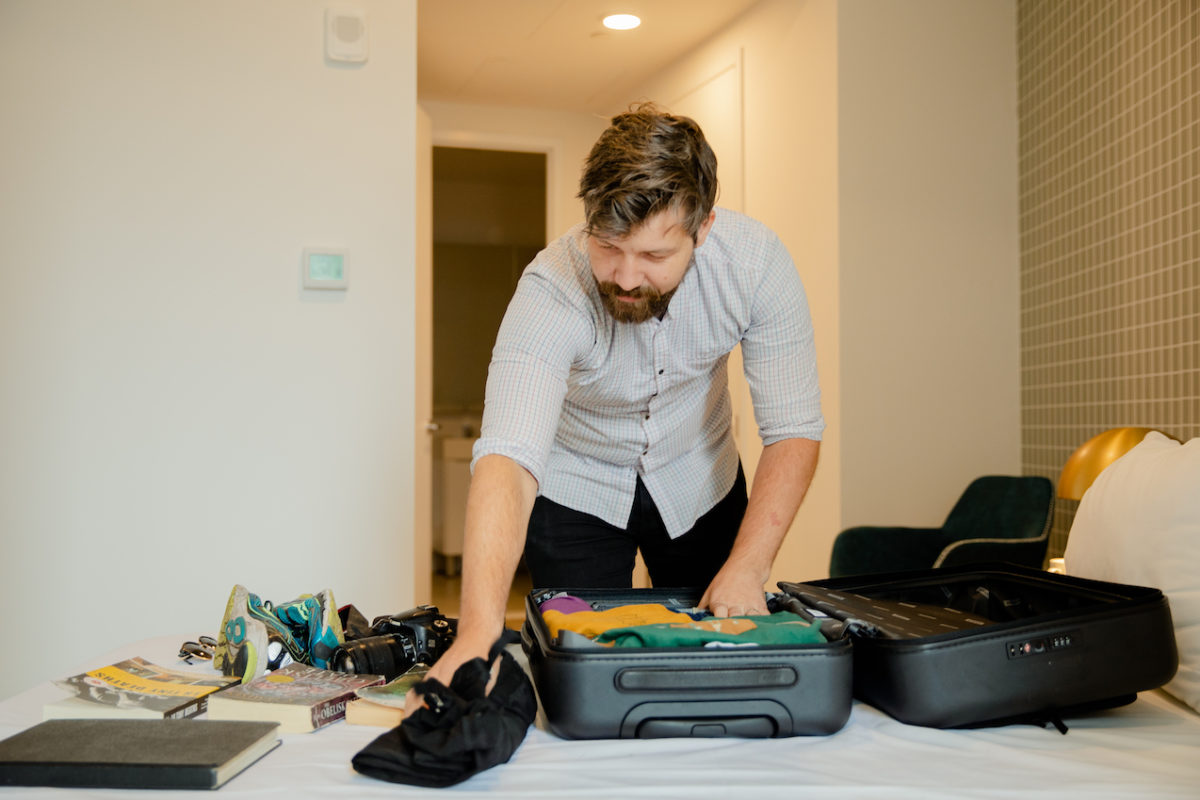 "I don’t bring a lot of fancy stuff. It’s not really my life—I’m like a grown-up grunge kid." 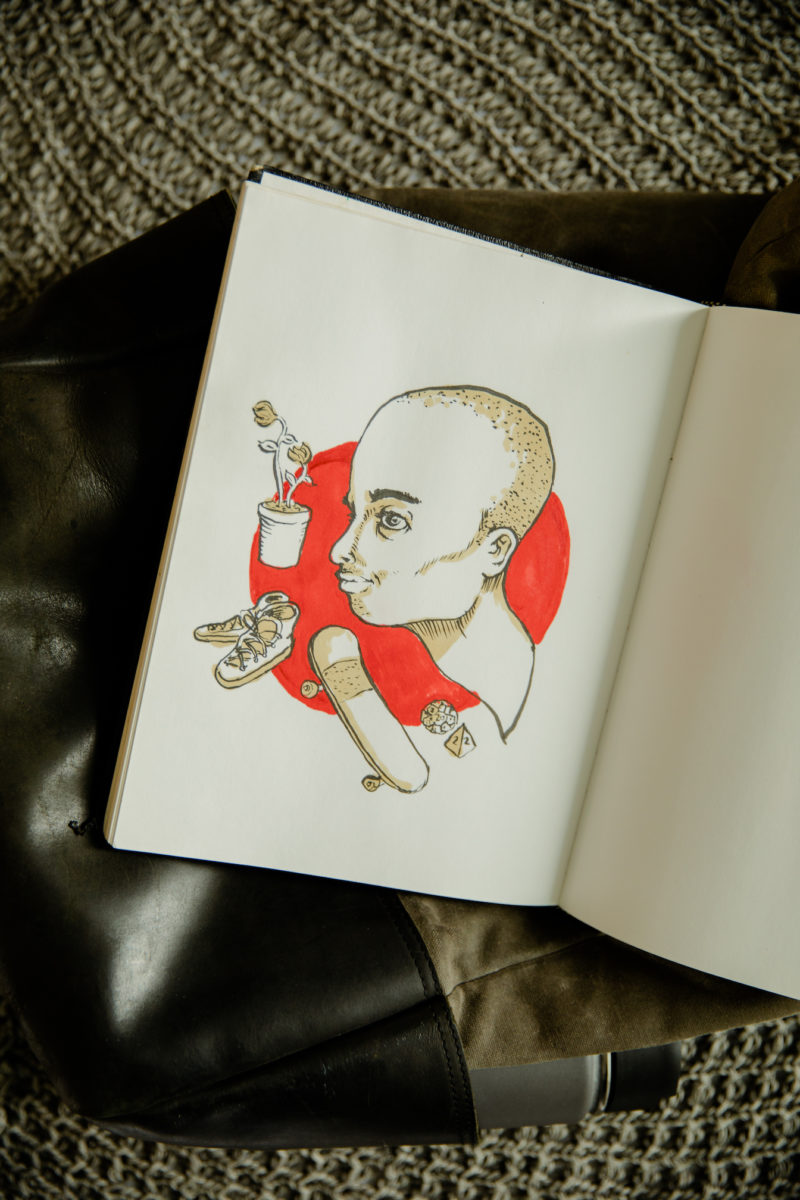 "I just draw as a good distraction during travel," says Thuras. 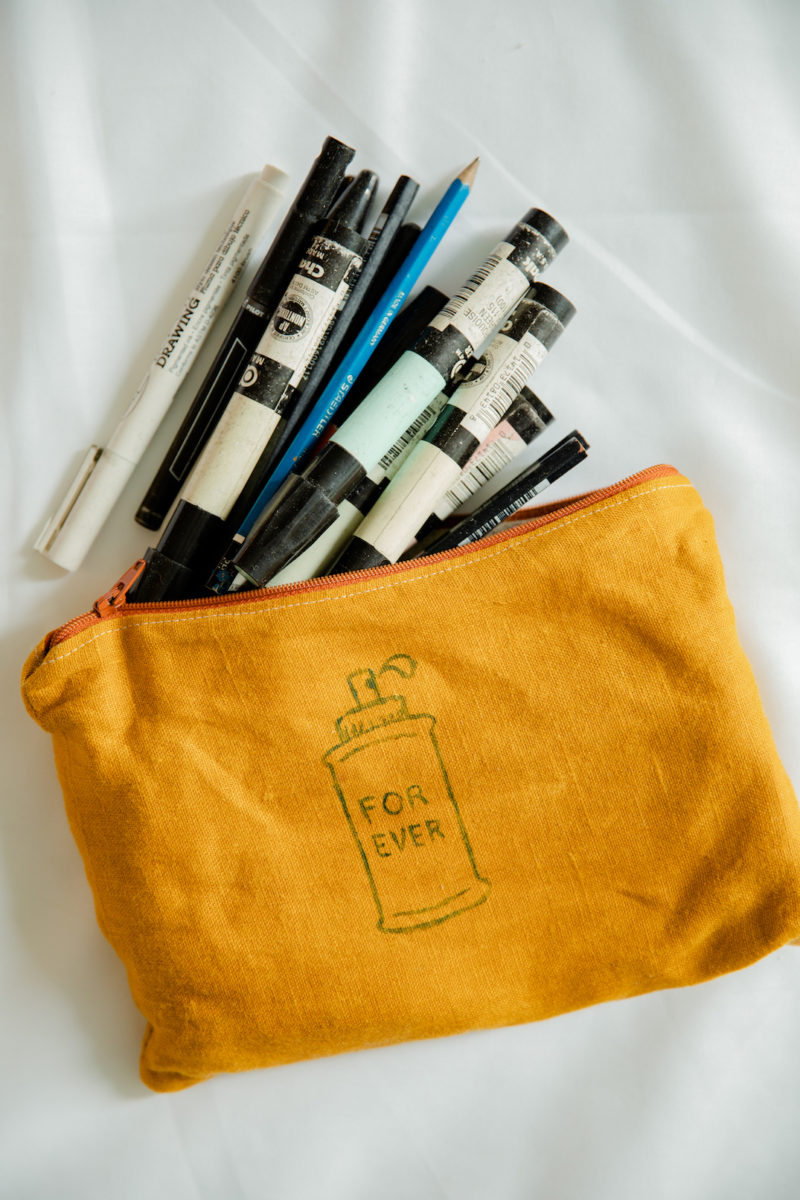 "All the cool things I have, my wife made," says Thuras—including the pouch he uses to carry art supplies. 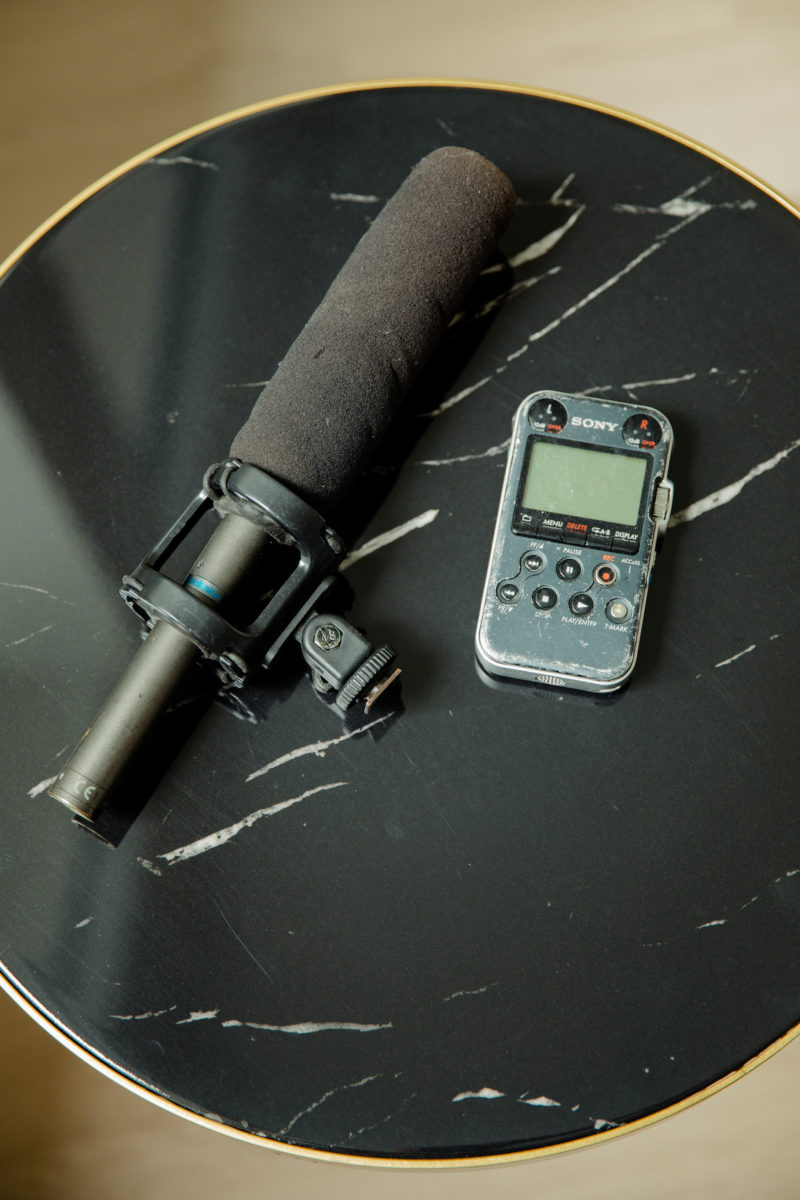 Thuras's audio equipment. One of the unique ways he captures an environment is through sound. 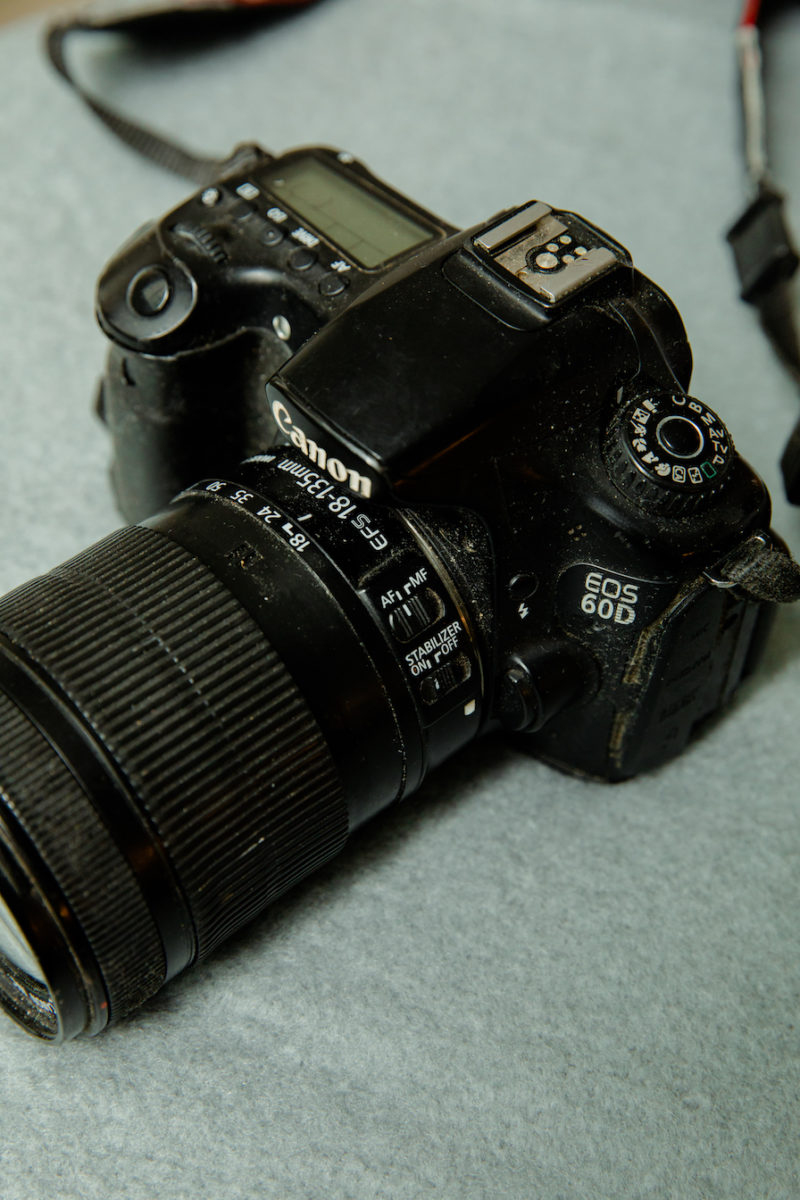 Thuras's old camera, a Canon EOS 60D. "Photography is probably still the way I capture the most."

Tools for documenting the world

A sketchbook; this is a really old one that I’ve had since I was in high school, but there is some newer stuff in here. I just draw as a good distraction during travel. And then my bag of shame—all tech, a million different things: My crappy camera, which I’m happy to let bang around—it’s old and I’m fine not to worry about it, which is one of the reasons I like it. I take audio gear with me because sometimes I need to record voice-overs or sometimes I just like recording the sounds of a place, so I have a shotgun mic and a field recorder I take with me.

“The places that I really love kind of keep opening up.” 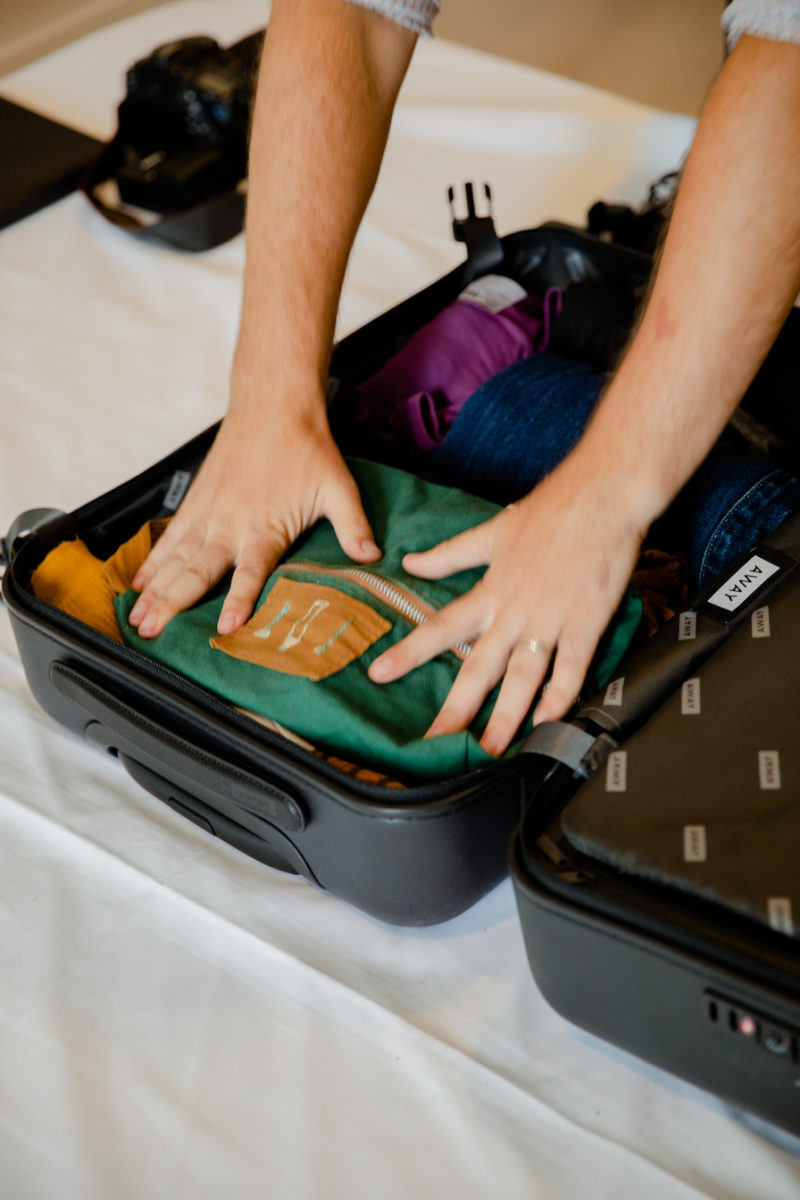 "I love it when I see people on airplanes wearing a suit. I’m like, 'Good on you!'
But I’d get on an airplane, dump coffee on myself, stumble—everything would be ruined." 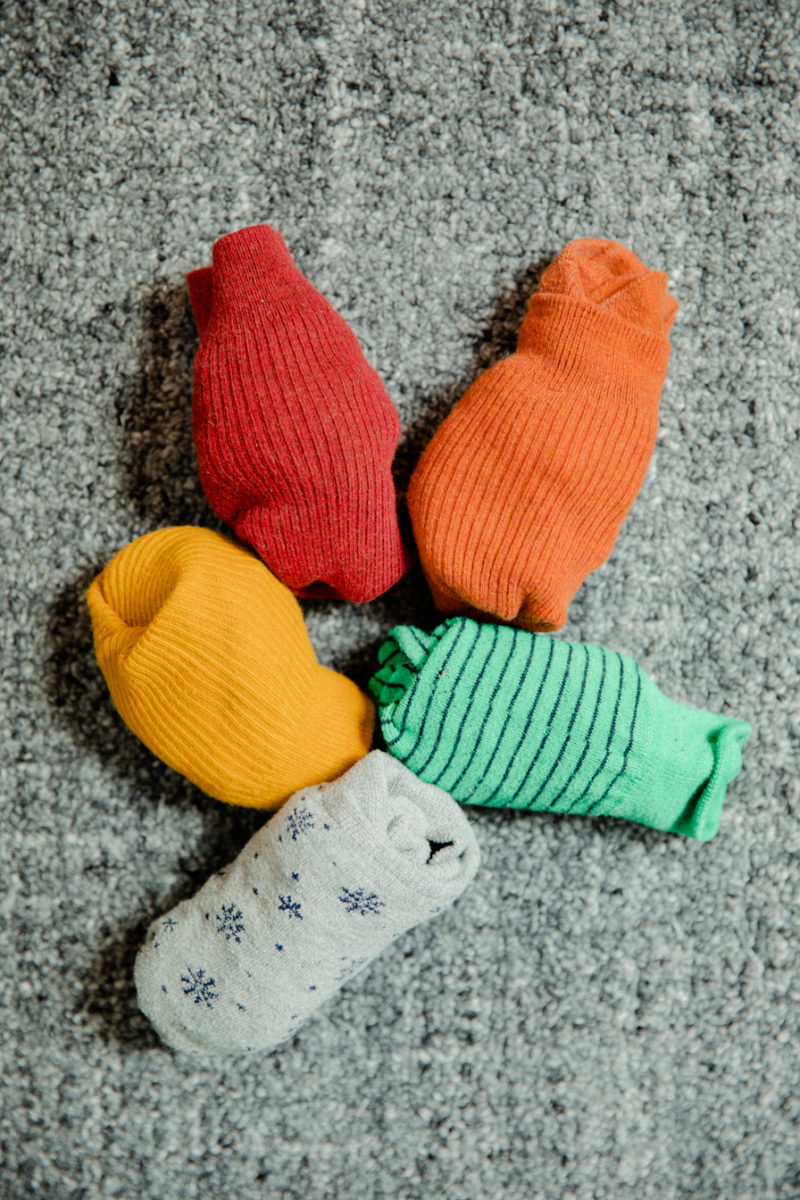 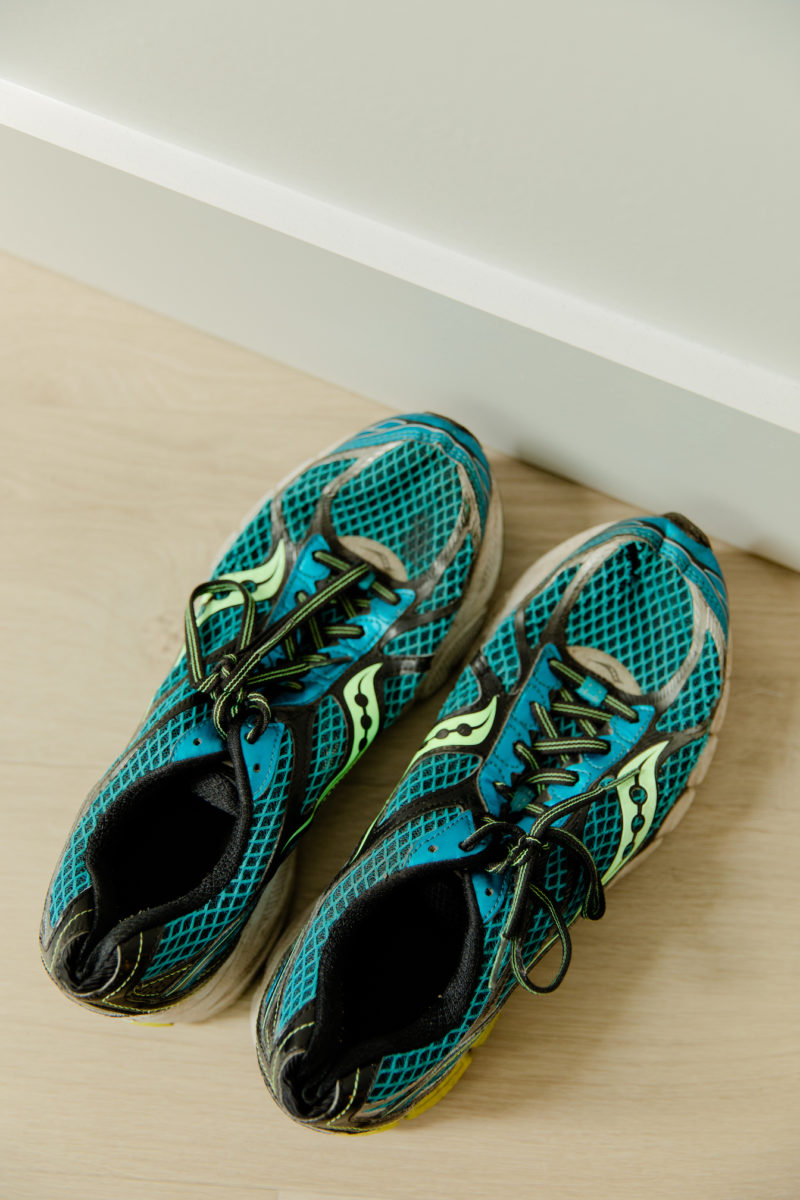 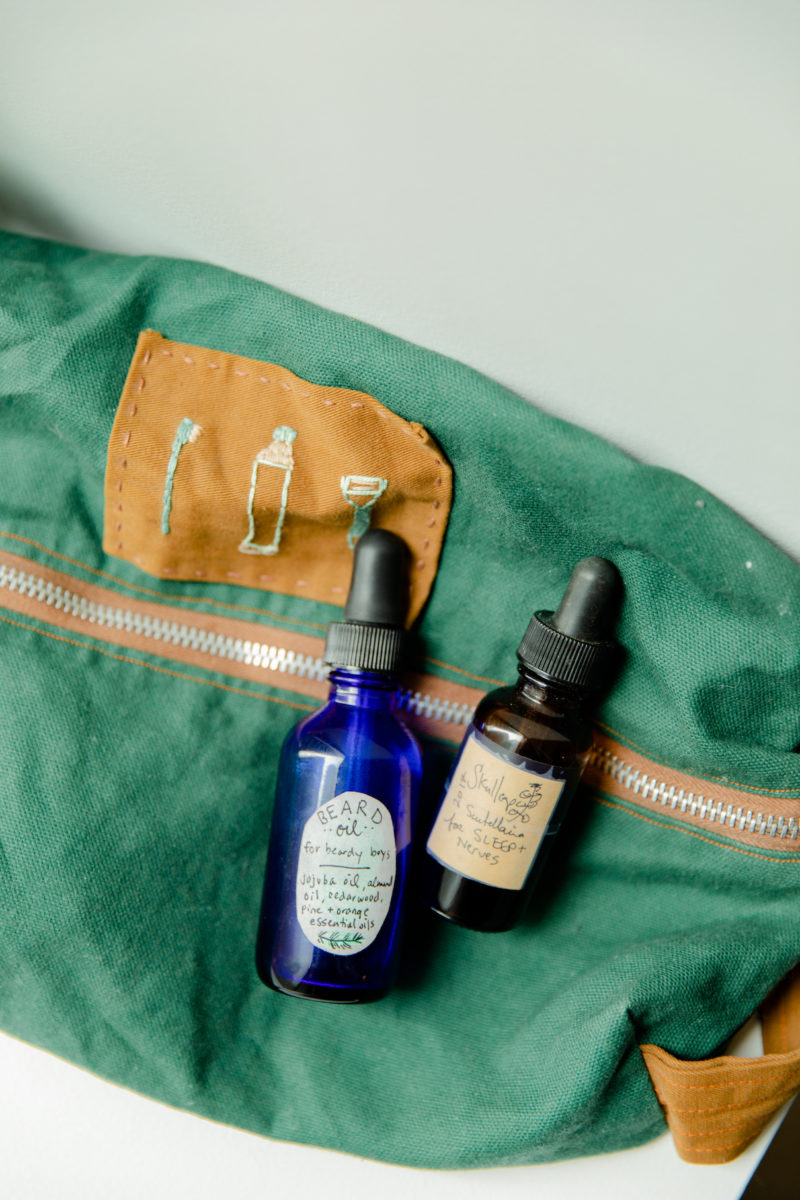 Along with skullcap extract for sleep, Thuras carries beard oils and other tinctures specially made by his wife during travel.
"She’s like a nature witch," he says.

It works better than melatonin for jet lag

For jet lag, this is my sleep solution. It’s a tincture of a plant called skullcap. It works amazing, better than melatonin. You never wake up groggy at all. It’s like a nerve agent that calms you down and generally helps you sleep through the night if you’re somebody that has a lot of random waking up. 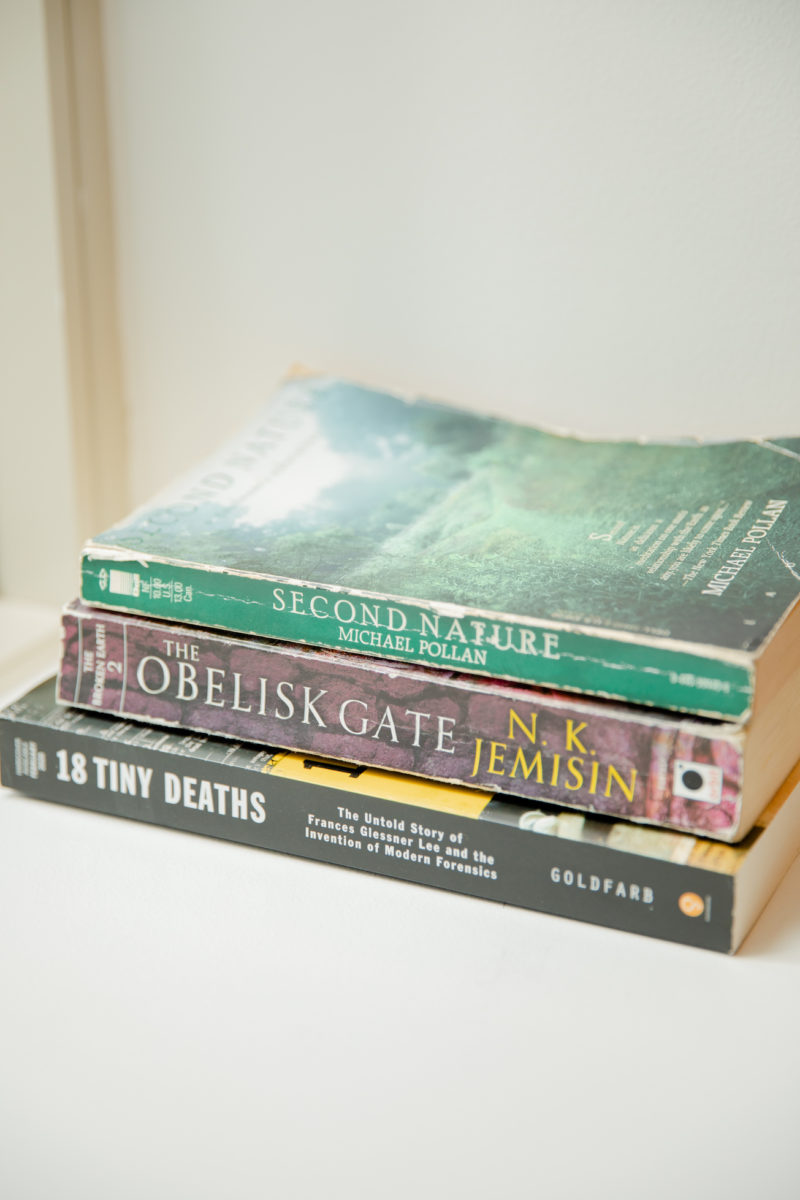 Along with a non-fiction book, Thuras always carries fiction reads. "I almost always have a fantasy or sci-fi book." 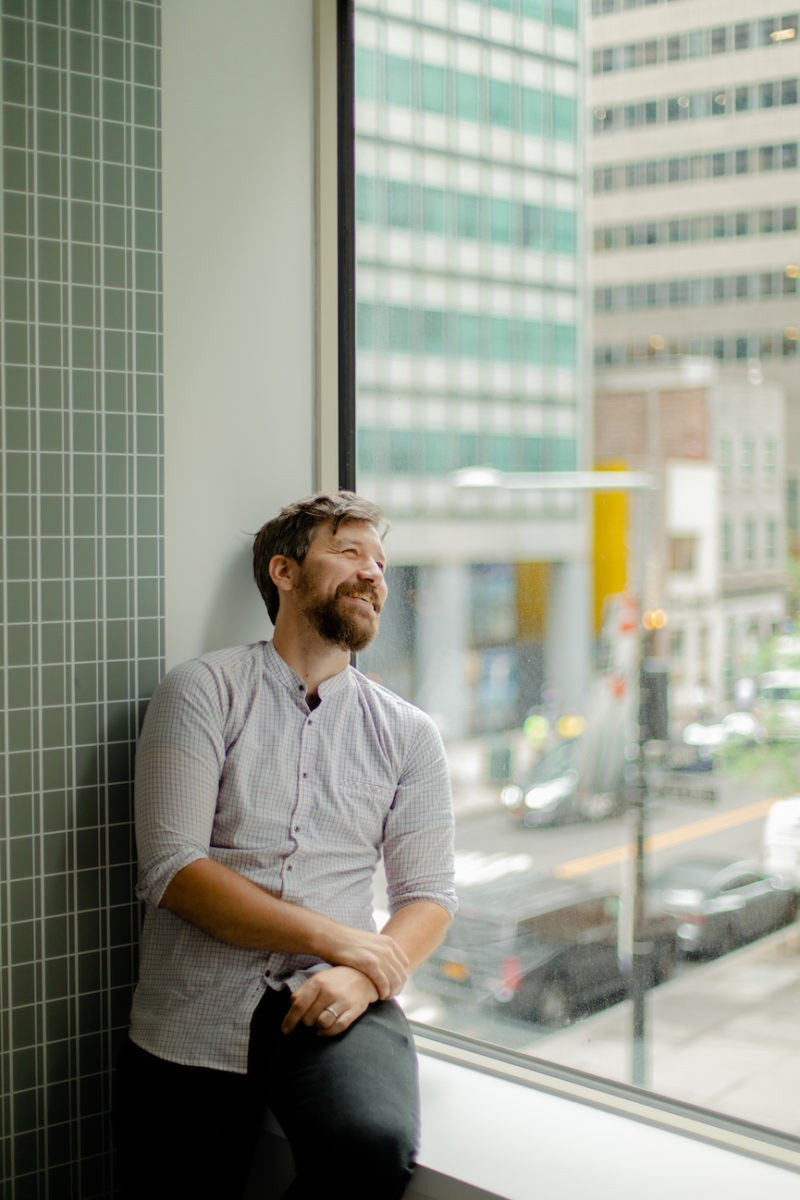 "I love places that are about one person’s crazy quest—someone who’s dedicated to something only they understand."

The next book you should read on the go

Bruce Goldfarb just wrote this book: It’s about these tiny dollhouses that were used to stage murders. And they were made by Frances Glessner Lee who was a wealthy socialite in the 1930s or 40s. She really would have been a scientist or a forensic investigator, but there was no entry point for women into that world. So the entry point she built for herself was making these perfect replica houses and they’re still used by the Baltimore detectives to train on how to look for clues. You can go see them all at the Baltimore medical examiner’s office. They’re beautifully created and to scale.

In the Coney Island Creek, there is a handmade, DIY scrap metal submarine that was built to be a treasure-hunting submarine but it basically sunk before it got a chance to do that. It has been stranded out in this little bay in the back of Coney Island for 30 years. It’s so great. It’s right here. And it’s got this kind of great story with this shipyard worker, Jerry Bianco, who wanted to do something bigger than life, and he built a totally functional submarine—he just had a problem when he put it in the water. But he got it rated by the Navy and it was rated to dive five to six hundred feet!  I love places that are about one person’s crazy quest—someone who’s dedicated to something only they understand, and they get deep in it. I think that’s very beautiful.