Why Artists Are Escaping to San Miguel de Allende, Mexico

The clock is approaching 3 a.m. and I’m standing in a warehouse illuminated by blinding red lights, chatting with San Miguel de Allende locals as if we’ve known each other forever. In the background, pop music plays loudly and people dance freely around us, not a care in the world.

Never in my life have I seen such a gathering; it seems as if some mysterious signal went out, calling passionate artists from around the world to convene in one place. This is not at all where I expected to end up on a Saturday night in July—but then,  not many people in the room expected to end up in this Mexican city to begin with.

In this place, small talk does not exist. Asking someone where they come from or what they do leads listeners not to a place of polite boredom, but to one of deep interest. Every person you speak to seems to dabble in the arts in some capacity: painters, chefs, designers, musicians, and craftspeople all take great pride in their work, and they are always excited to discuss it. All of it is truly incredible to witness—but perhaps the most interesting thing about the city’s creative community is that just as many members hail from foreign countries as they do from Mexico.

Despite its reputation as two-time winner of the title “Best City in the World,” as well as its status as a UNESCO World Heritage Site, nothing about San Miguel feels like a tourist attraction in the slightest. This is likely because many who arrive as tourists end up becoming locals; casual visitors often fall too deeply in love to leave. Plenty of those I met during my weekend came here just once before returning home to pack their bags and relocate to the city permanently—the classic San Miguel love story, and one I never got tired of hearing.

And who can blame them when finding kindred spirits takes so little effort? One of the most misleading ideas about large cities is that it is easy to meet people. Places revered for their artistic scenes often prove disappointing because it feels impossible to connect with others; the massive population size actually seems to disperse like minds (the exact reason why people complain about dating in New York).

In San Miguel, with its smallish population concentrated into an even smaller space, finding a tight-knit community is as easy as peeking into a doorway. Spend enough time browsing through a local shop or gallery, and you’re bound to meet someone interesting—precisely the way I met Marcia Leivas, owner of beachwear boutique Coco de Agua.

We began chatting casually one sunny afternoon, surrounded by the elegant bathing suits, sandals, and beach hats that line the walls of her shop on Sollano 31; like many locals, she welcomed people through the door with a warm voice and smile. Originally from Brazil, she once worked as a fashion buyer in New York City. After visiting a group of friends who’d moved to San Miguel, it only took two more visits before she gave up her big city life and moved to Mexico permanently in 2006—long before the town became the center of arts and fashion it is today. “Everyone thought I was insane,” she laughed. “I had one friend who is a super-fashionista, and she came with me once and said, ‘I love it here, but it’s rustic.’ Because when I moved here, it was a different San Miguel; now, it’s super-sophisticated.”

Compared to the breakneck lifestyle associated with New York’s fashion industry, San Miguel was a perfect change of pace. The city’s relaxed personality is what Leivas believes draws so many creatives in; coming from previously hectic lives, they crave an opportunity to get away from it all. “It’s such a magic city,” she says. “I think everybody who came over here came to take a break from somewhere, from some experience; they wanted a change in their lives.” 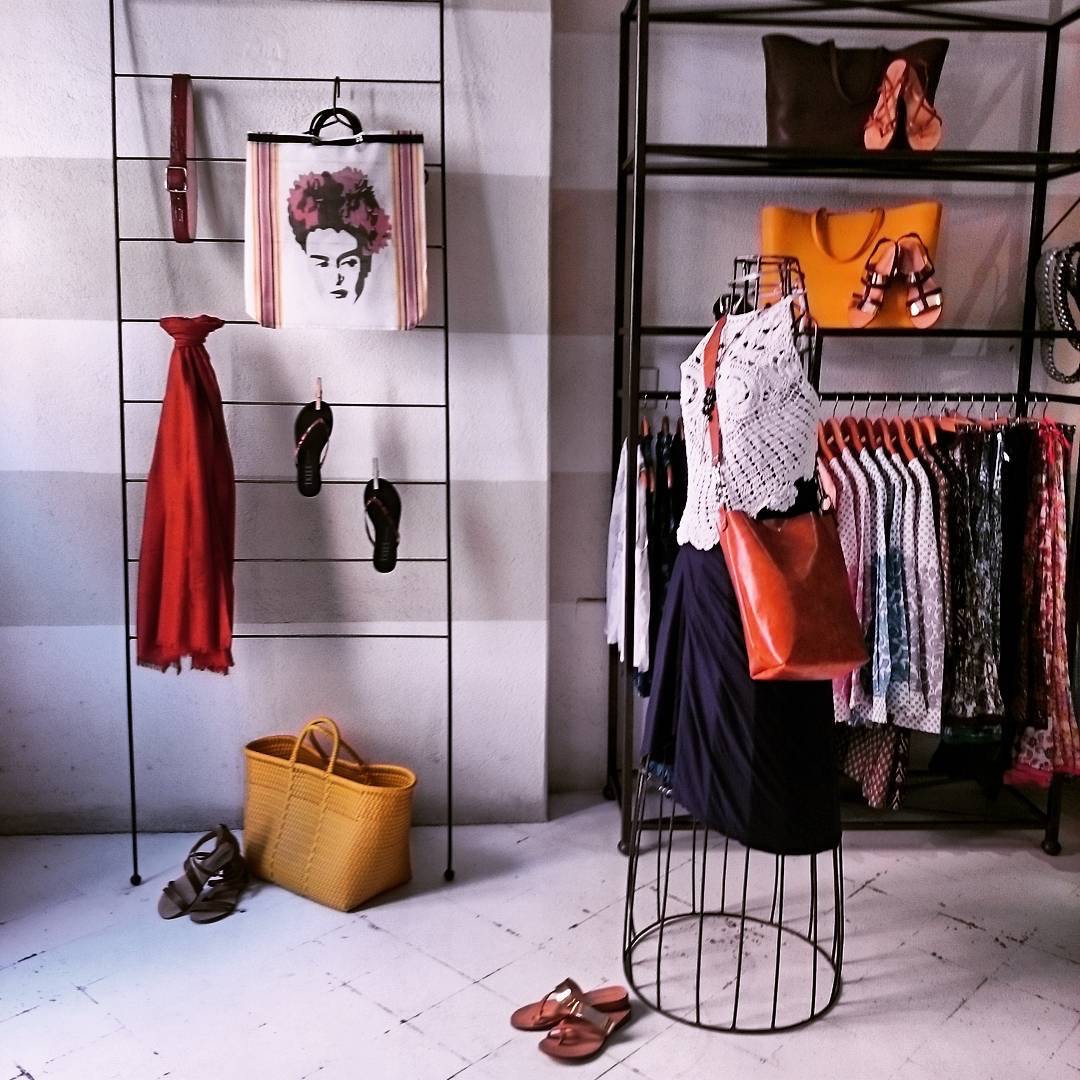 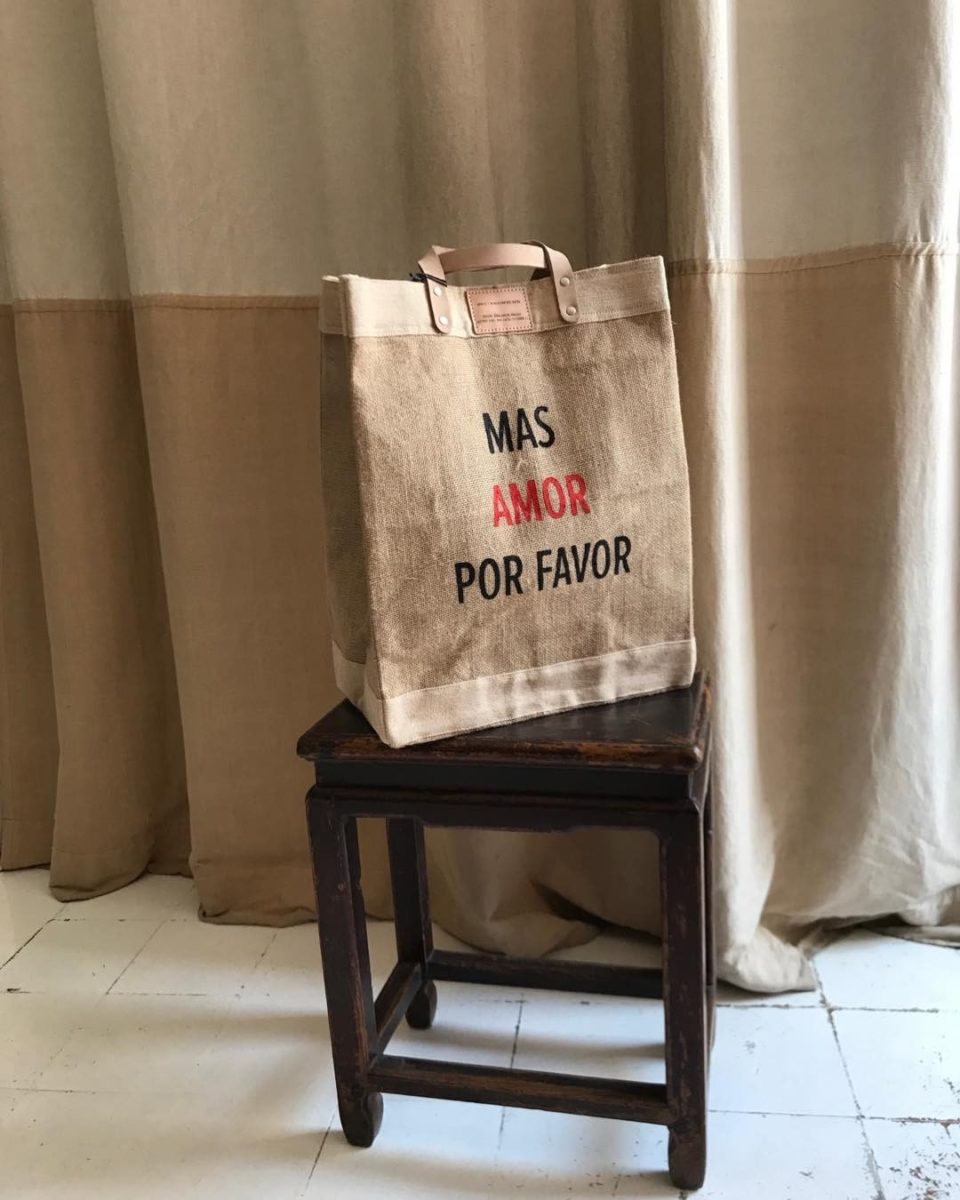 Like Leivas, the co-founders of rooftop bar and restaurant Quince, Brian Sneed and Chantal Arias—a former hedge fund manager from Fort Worth, Texas and an architect from Guadalajara, respectively—also left previous lives behind, drawn in by the magic of San Miguel after only a few visits. Arias had visited twice before, once for a day with friends and again by herself. A chance job opportunity brought her to the city; less than a year after her first visit, she had moved in. Sneed, on the other hand, had been visiting San Miguel for eleven years with his family before making a name for himself in town. His imagination ran wild every time he visited; ready to move on from a stressful life, he wanted to build the perfect restaurant in a city he loved.

The two met one evening at a barbecue held by a mutual acquaintance, a popular Peruvian restaurateur in town who enjoyed inviting people to parties at random. Just days after they were first introduced, Sneed contacted Arias—whose extensive knowledge and local connections made her a perfect business partner—and asked her to help him open a restaurant. Over the course of only a few months, the duo turned the shambles of an old rooftop into the restaurant that is now known for having the best view in all of the city—their way of showing off the beauty they see in San Miguel to others who are still just visiting.

“San Miguel attracts all souls,” Arias says. She tells me that although it may sound outlandish, she truly believes that there is something about the city that fills it with positive energy and makes it a safe haven for those seeking freedom and happiness. “People who have experienced a lot, who want some sort of physical or spiritual retirement from wherever they come from,” she explains. “If you were a chef, you were a writer, you were a photographer, you were a painter—it attracts all these cultural souls. It’s about culture-loving and sharing and being open. In San Miguel, you can find peace, or you can find a party. ”

In other words, those who have found sanctuary in the arts find sanctuary in San Miguel de Allende. The city is created through connections—friends bring their friends, who also bring their friends, and so on into perpetuity—and it is through those connections that the artistic community continues to grow, becoming more like an enormous family with each passing year.  “People do embrace everybody here,” Leivas tells me; if I hadn’t already experienced that truth for myself, I could have found it in the sincerity in her voice as she spoke. “That’s the beauty of San Miguel. You feel home; you feel welcome.”