Often well after midnight, Palermo's recreational dancers flock to La Viruta, a club in the basement of an Armenian cultural center, for a nightly dose of tango.
Travel JournalEmma Glassman-HughesJessica Pons

For Issue 6 of Here Magazine, we visited Buenos Aires to learn more about the city’s progressive approach to mental health. Here, we uncover more about the distinctly porteño pursuit of feeling good in work and in life.

It is dark in El Viejo Almacén, a small tango club on the outskirts of downtown Buenos Aires. The only light is one from above, beaming down onto two dancers—a couple perfectly matched in everything from their silken clothes to their elegance and the intensity of their gazes. The band—a violinist, an upright bassist, a pianist, and a bandonéon player—carries on behind them, each musician mirroring the peaks and valleys of the music with their facial expressions, furrowing their brows with every dip and jump of the tempo. Without tearing my gaze away from the stage, I scrawl in my notebook in big, sloppy cursive, “One tango in and I believe in the power of love again.”

In the Buenos Aires that I visit, emotion is as central and ritualistic as a morning cup of mate or an afternoon cortado. Nearly everyone I ask describes porteños as “passionate,” and counts this as the city’s top distinction from the rest of the world. Well beyond stereotypes of the “fiery Latina” or the insatiable “Latin lover,” to be passionate in Buenos Aires is to be expressive and in touch with one’s own emotional landscape. It is as much an inclination to argue over anything from politics to pizza as it is to readily open oneself up to others; to share oneself in work, in love, and, for many, in therapy. Indeed, Argentina has the highest number of psychologists per capita in the world, a figure that tends to shock outsiders whose stigmas surrounding mental health are hard to shake. But in Buenos Aires, the intense need for healing, for expression, and for visibility is difficult to ignore—in part because people are unafraid to admit that it exists. 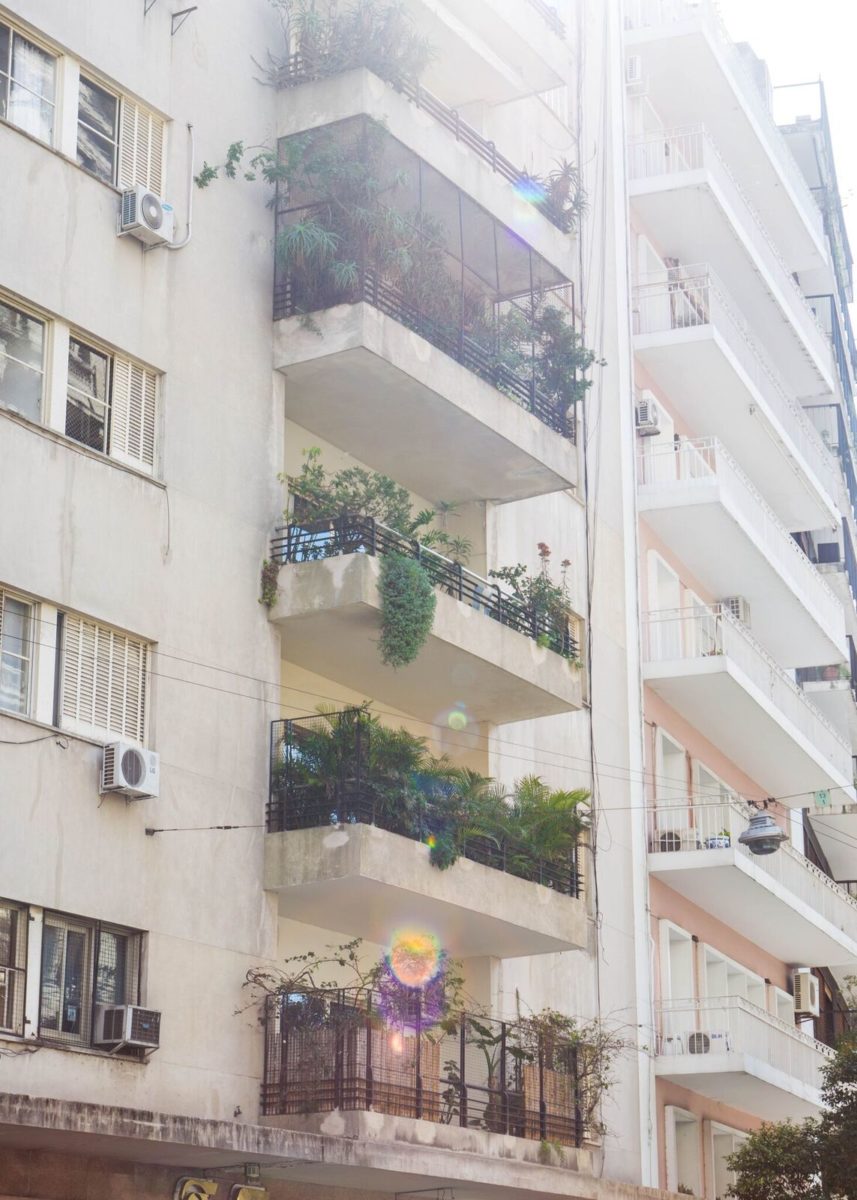 In urban Buenos Aires, balconies overflow with greenery—an example of how porteños seek peace through nature.

Identity is slippery in Argentina. Violence and migration patterns have criss-crossed family wires and in some cases short-circuited them altogether. First- and second-generation immigrant homes and hyphenated identities are much closer to being a rule than they are an exception in Buenos Aires, where, in the mid-20th century, there was a massive rush of primarily European immigrants that reshaped the cultural makeup of the city. In the 1970s, la Guerra Sucia, or the Dirty War, was perpetrated by a government dictatorship that vilified free speech as a matter of policy, and led to the execution of thousands of civilians. For a young generation of creators and thinkers, uncovering one’s Argentinian identity poses a challenge and, for many, a sore spot. “There is a disconnect from our roots that we are trying to understand,” says local filmmaker Martín Kraut, when asked why porteños have such a propensity for therapy. But therapies here extend beyond an office, a comfy couch, and a licensed professional; they are in the food, the art, the dancing, the fashion, the community, and the entrepreneurship.

Feeling good on a day-to-day basis is a priority in Buenos Aires, but wellness has a different face here than in Brooklyn or London. Instead of avocado toasts and spin classes, self-care is an outing to the theater with loved ones, or taking an extra-long lunch break to finish a conversation with a friend; it’s window sills and balconies draped in lush hanging plants, and groups of bike messengers gathering in a park to play soccer, letting off steam between deliveries. Therapy is a way of life in this city, where most people have to work multiple jobs to survive the tribulations of the unstable economy. Artists who are unable to make a living from their passions continue to create on the side. At the ends of their shifts, doctors hang up their white coats to perform as clowns; retail workers hit the tango clubs after midnight. Buenos Aires is a rich mix of practicality and romanticism, where money is always a factor, but happiness—true well-being—is worth pursuing regardless. 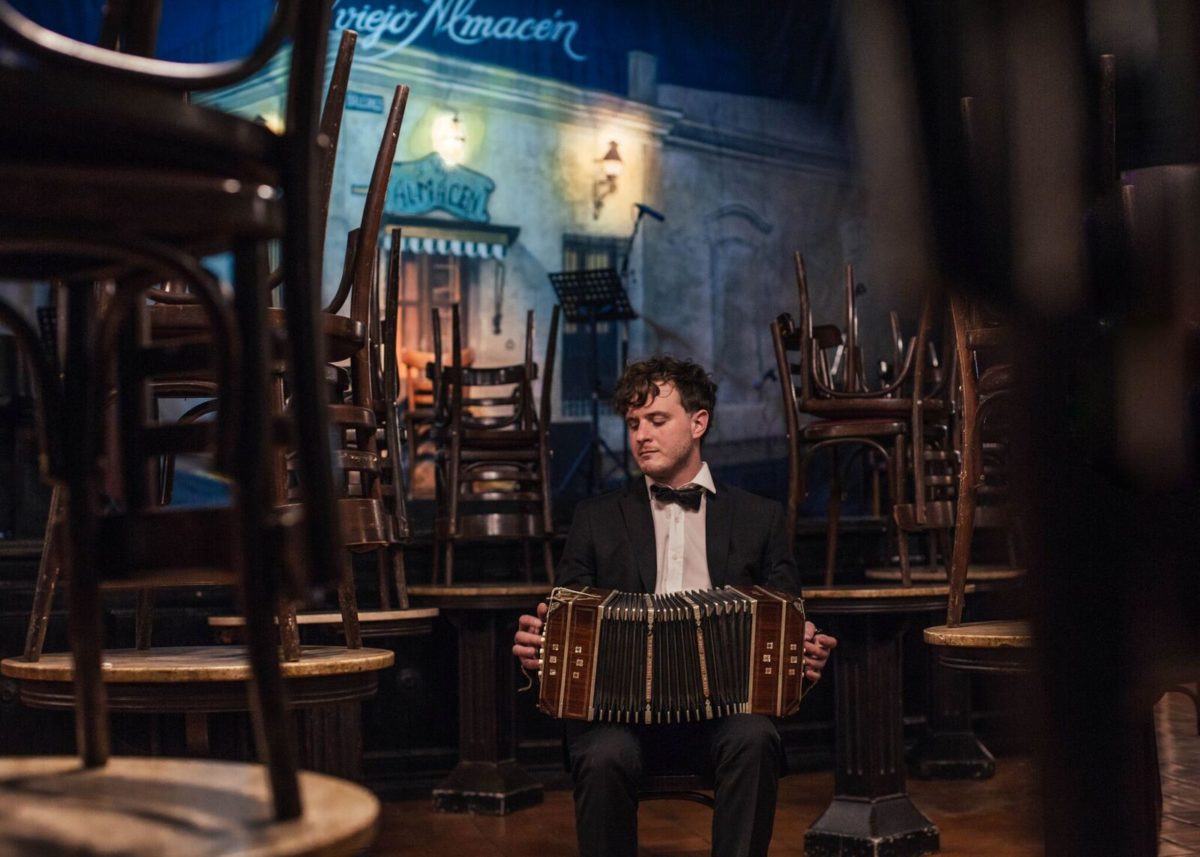 Santiago Cirmi, 30, has been playing the bandoneón, a traditional tango instrument, since age 18. 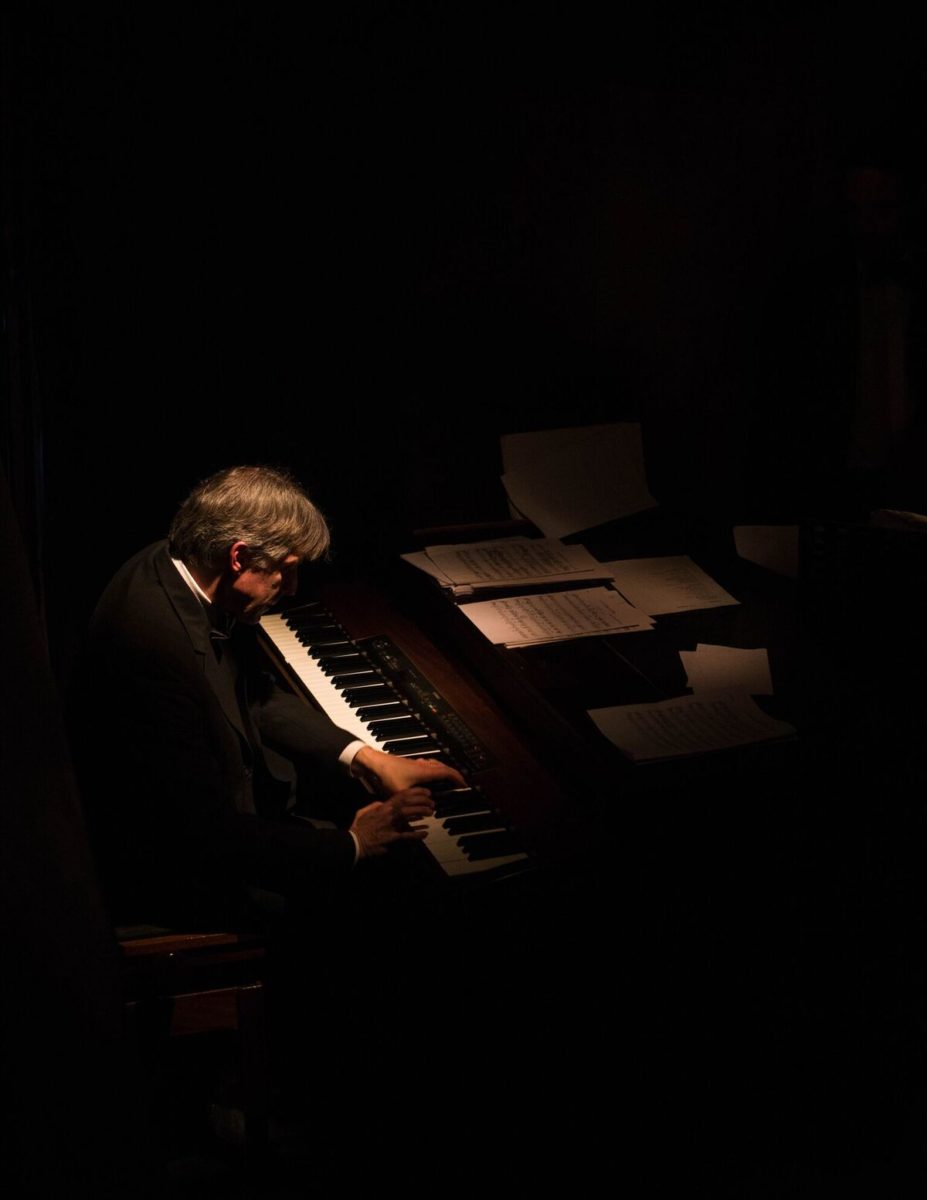 A piano player takes a solo late on a Wednesday night at El Viejo Almacén, a tango club in the San Telmo neighborhood.

Aside from the scores of people who have made space for their art in addition to their careers, there is a new generation of business owners creating ways to bridge the two, at once enriching the city’s cultural fabric and monetizing their own passions. These are the “therapies” of modern Buenos Aires—the small, independently owned shops and cafés, the alternative art galleries, the slow fashion, the feel-good foods—that earn the city its reputation for emotional intensity.

Back at El Viejo Almacén, the dancers get a break while each musician takes a solo. I watch the stage lights glint off the bandonéon as the player pulls the sides in and out like a hypnotist’s tool, oozing a sticky melody as thick and sweet as the dulce de leche at the center of an alfajor. Santiago is his name, a real music lover who has been practicing his instrument since the age of 18, when his grandfather inspired him to pursue tango. He later tells me that after falling out of fashion in the 80s, tango is making a resurgence among a younger generation that’s curious about its past. “It’s a feeling that’s internal; it’s more intense,” he says about his relationship to tango music. “Sometimes it’s the words in the songs that make me emotional, or the sound of the music, but it’s not something I can explain.”

When Santiago finishes his bars, it is the pianist up next. I don’t catch his name, but watching him play brings me to tears. His whole body is part of the effort, rocking forward and back with the tapping of the keys. Sometimes a finger slips and hits the wrong note, but nothing seems to distract from his moment in the limelight, shared with the late-night Wednesday crowd of no more than 20. I imagine him in the daylight sitting at his desk, reading files and answering emails in his other life as a lawyer or a banker. But at El Viejo Almacén, he’s a musician. He’s alive.

Read more about the porteños redefining the therapies of Buenos Aires here.